Criterion Games has released a new, annotated gameplay trailer for ‘Need for Speed Most Wanted.’ Fans of ‘Burnout Paradise’ won’t want to miss this one!

You Are Reading :Need for Speed Most Wanted Looks A Lot Like Burnout Paradise In New Trailer 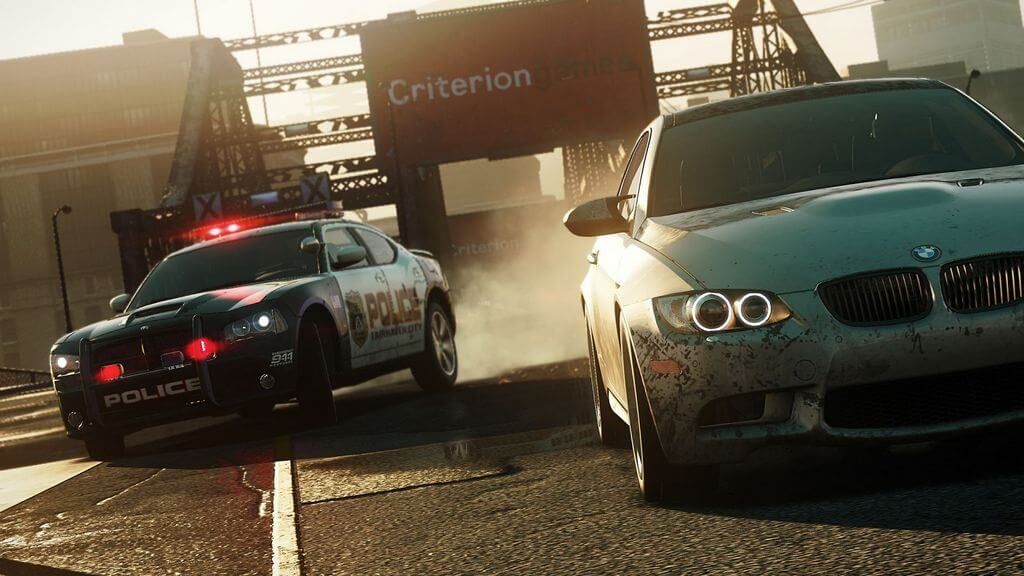 Rivals cars that can be taken down in a shower of sparks and destruction? Check. Hidden billboards to discover and crash though? Yep. Open world, go-anywhere gameplay in a sprawling urban environment? Count on it.

Criterion Games’ heritage isn’t hard to spot in the new, annotated trailer for October’s Need for Speed Most Wanted (above). In everything but name, Most Wanted is shaping up to be a spiritual sequel to 2008’s acclaimed Burnout Paradise.

Criterion Games describes Need for Speed Most Wanted as a “re-imagining of a Need for Speed classic,” but other than the open world setting and police chases, little seems to have been carried over from EA Black Box’s 2005 Xbox 360 launch title. Criterion’s game is set in a dense new city, Fairhaven, and (so far as we know) completely eschews the famously, hilariously awful live action video cut-scenes for which the original game is best remembered. Not that we’re complaining — Criterion’s Most Wanted looks like an absolute blast, and we didn’t name it the Best Sports/Racing Game of E3 2012 for nothing (check out our hand-on preview from the show for more details).

The annotated trailer at the top of the page offers a thorough run down of the Need for Speed Most Wanted experience, but it’s tough to slow down and read with all that explosive automotive action demanding every bit of your attention. Not to worry, we’ve transcribed everything for you. Peruse at your leisure.

“At the heart of Most Wanted is the city of Fairhaven. It’s an open world full of freedom and variety. Where you can race, chase and explore. This is Criterion’s re-imagining of a Need for Speed classic.

From the very beginning, you’ll have access to the most varied, most desirable and best handling cars in Need for Speed history. Throughout this world, you’ll encounter a tough police force, the FCPD, who will relentlessly pursue you in epic open world chases.

In Most Wanted you’ll have the freedom to use every inch of the city to battle rivals who will stop at nothing to take you down. Race through a dense and varied urban landscape outmaneuver rivals, taking different routes through the city. With gameplay around every corner. As you power your way to victory, your race time will be instantly compared to your friends using Autolog 2 and earn you speed points to put you on top of the Most Wanted list.

As the race ends, take shortcuts to avoid the cops and find a variety of collectibles around every corner. You can escape the cops any way you want. Take them head on or drive off-road to lose them with both damage and dirt visibly affecting your car. As the cops use advanced tactics to corner and surround you use high speed evasive maneuvers to outrun them and become Most Wanted.”

What do you think, Ranters? Are you ready to take to the streets of Fairhaven and battle your way to the top of the Most Wanted list? Or is there another upcoming racer (Forza Horizon, LittleBigPlanet Karting, Sonic & All-Stars Racing Transformed) you’re more interested in playing? Let us know in the comments below.

Need for Speed Most Wanted releases October 30th in North America, November 1st in Europe, on PS3, Xbox 360 and PC.