Pokémon How Hisuian Forms Can Enter The Mainline Series

Pokémon: How Hisuian Forms Can Enter The Mainline Series

Pokémon Legends: Arceus will feature Pokémon from the ancient Hisui region, but there are still ways they can appear in the mainline Pokémon games.

You Are Reading :Pokémon How Hisuian Forms Can Enter The Mainline Series 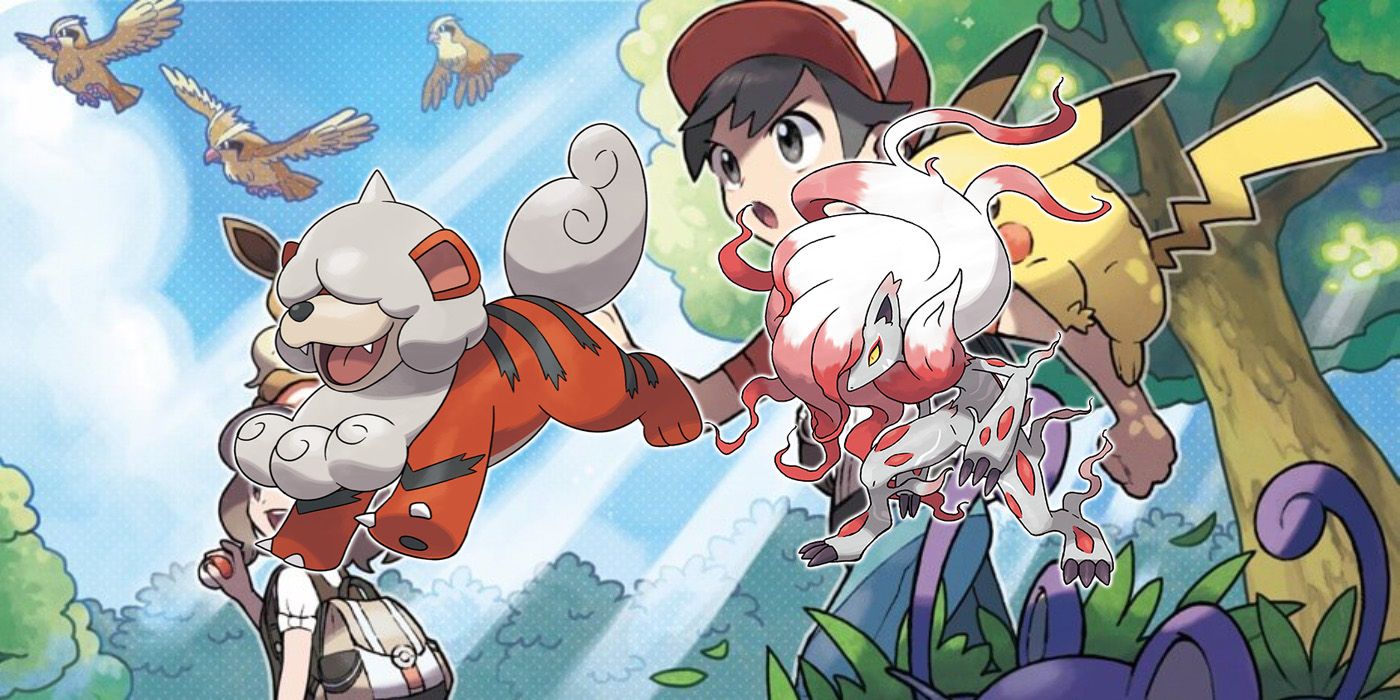 Pokémon Legends: Arceus is adding Hisuian forms for existing Pokémon, which includes new evolutions that originated in the Hisui region. It’s implied that the Hisuian forms died out or otherwise disappeared somehow, as they are nowhere to be seen in the current Sinnoh region, or any other region in the Pokémon world, but that’s not likely to stop The Pokémon Company or Game Freak, as there are some great designs among the bunch and they will likely come to the mainline games eventually.

The Hisui region is the name for what players have come to know in Pokémon Diamond and Pearl (and the upcoming Brilliant Diamond and Shining Pearl) as the Sinnoh region, though Legends: Arceus’ Hisui is an ancient historical version. Hisui was once a vast open wilderness, where Pokémon freely wandered the land and staked out their own territories. The story of Pokémon Legends: Arceus involves mankinds’ first excursions into the Hisui region, and the game will likely conclude with it being dubbed the Sinnoh region by its new inhabitants. This won’t be an easy task, as the Pokémon that reside in the Hisui region are powerful. These include the Noble Pokémon, which cannot be defeated using conventional means.

The Pokémon Company has revealed Hisuian versions of Growlithe, Braviary, Zorua, and Zoroark. There are also Hisui-specific evolutions, in the form of Kleavor (for Scyther), Wyrdeer (for Stantler), and Basculegion (for Basculin). These Pokémon will debut in Pokémon Legends: Arceus, but they likely won’t be trapped in ancient times. The Pokémon Company will almost certainly use the Hisuian Pokémon in the mainline Pokémon games, and there are a number of ways they can be revived.

Hisuian Pokémon Are Revived Through Technology (Like Pokémon Fossils) 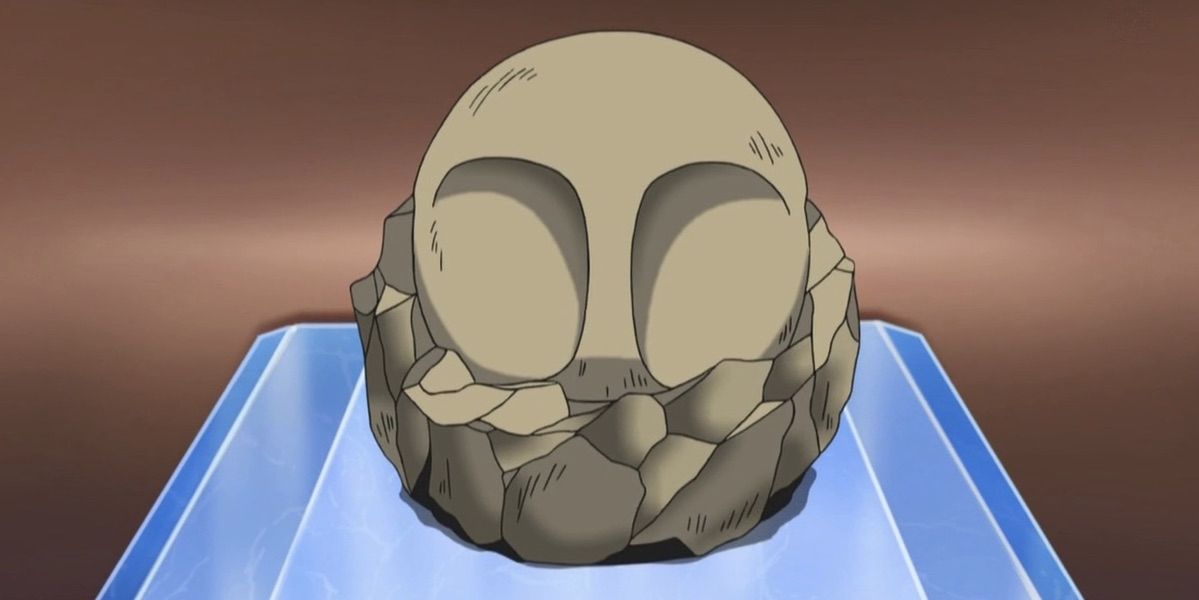 Death isn’t always the end for a Pokémon, nor is extinction. Since the days of Pokémon Red and Blue, it has been possible to revive ancient Pokémon from fossils found in the wild. This was the only way to acquire Kabuto, Omanyte, and Aerodactyl in the Gen 1 games. A new set of Pokémon fossils has been added in every Pokémon game, adding more Pokémon from the ancient world to the series. This technology has fallen into the wrong hands in the past, as Team Plasma was able to revive an ancient Bug-type Pokémon and use technology to alter it into Genesect.

See also  10 Best TV Shows Like Army Of The Dead

It’s likely that Pokémon Legends: Arceus’ timeline isn’t set far enough in the past to have the Hisuian Pokémon turn into fossils, but there are other ways for them to be revived through technology. In the first Pokémon movie, scientists were able to acquire Mew’s DNA from a single eyelash. It’s possible that scientists are able to revive the Hisuian forms in the modern-day, by using their remains to recreate them. This could even be the backstory for how they return, rather than players needing to actively find dead Pokémon body parts. It can be explained that scientists revived several members of the species, who then proceeded to breed, and restore their numbers. This happened with Omanyte and Kabuto in The Crown Tundra, as they went from being extinct to being found loitering in the wild.

Hisuian Pokémon Are Sent To The Future 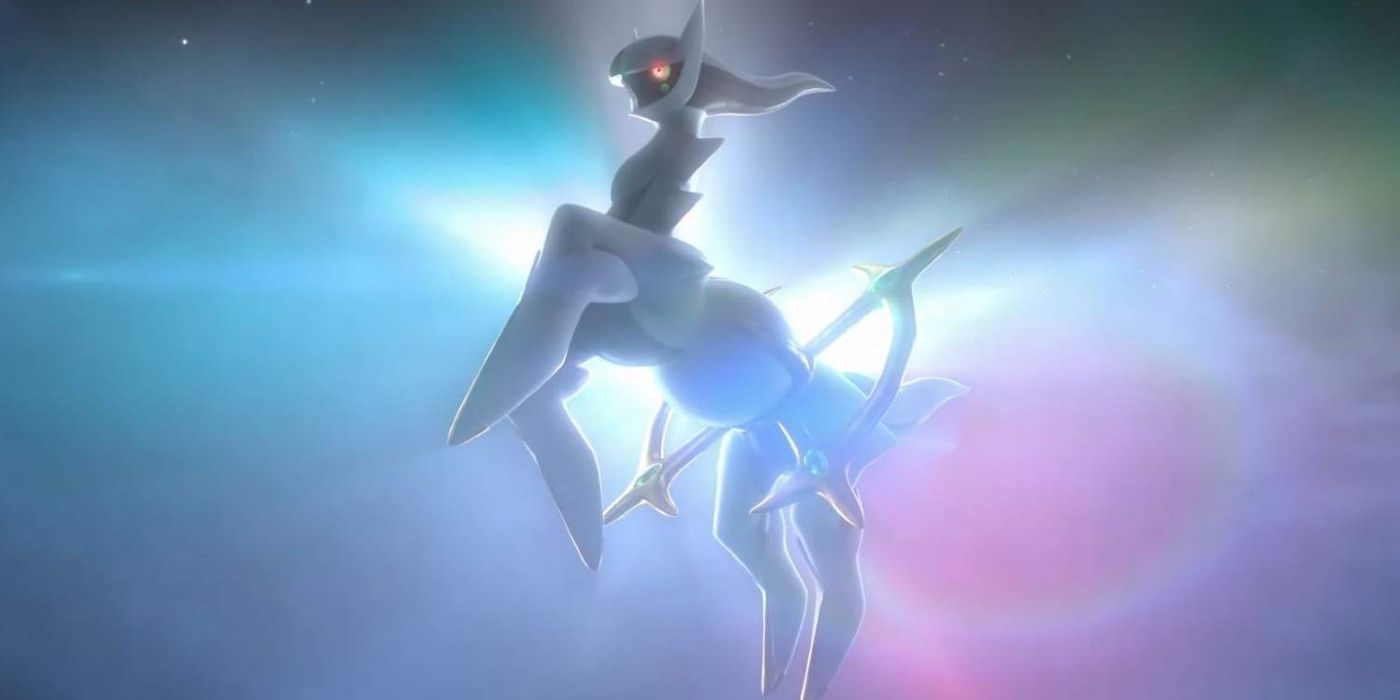 The timeline and order of the Pokémon series is complicated at best. It has also been established that time travel is possible in the Pokémon world, with the protagonist of Pokémon HeartGold and SoulSilver able to go back in time and battle Giovanni. There are Pokémon who have control over time itself, including Celebi and Dialga. There are also Pokémon with the ability to open portals to different realities, such as Hoopa. It’s possible that some Hisuian Pokémon are sent forward in time by another Pokémon, such as Arceus, and they have an easier time surviving in the modern era than they did in their original timeline, allowing them to flourish.

One way in which the Hisuian Pokémon could be seen returning is in Pokémon Brilliant Diamond and Shining Pearl. The Pokémon Company could release Arceus as an event Pokémon, with a scene where it brings Hisuian Pokémon to the current Sinnoh region. This could tie into a similar event in the ending of Pokémon Legends: Arceus, tying both games and two distinct points in time together. The Hisuian could even be playable in Pokémon Brilliant Diamond and Shining Pearl, by adding them as post-launch content, in the same way existing Pokémon were added to Pokémon Sword and Shield. This could give fans a glimpse at their abilities in the mainline battle system, rather than the one seen in Pokémon Legends: Arceus.

See also  When you were a kid, what Xmas gift do you remember most? 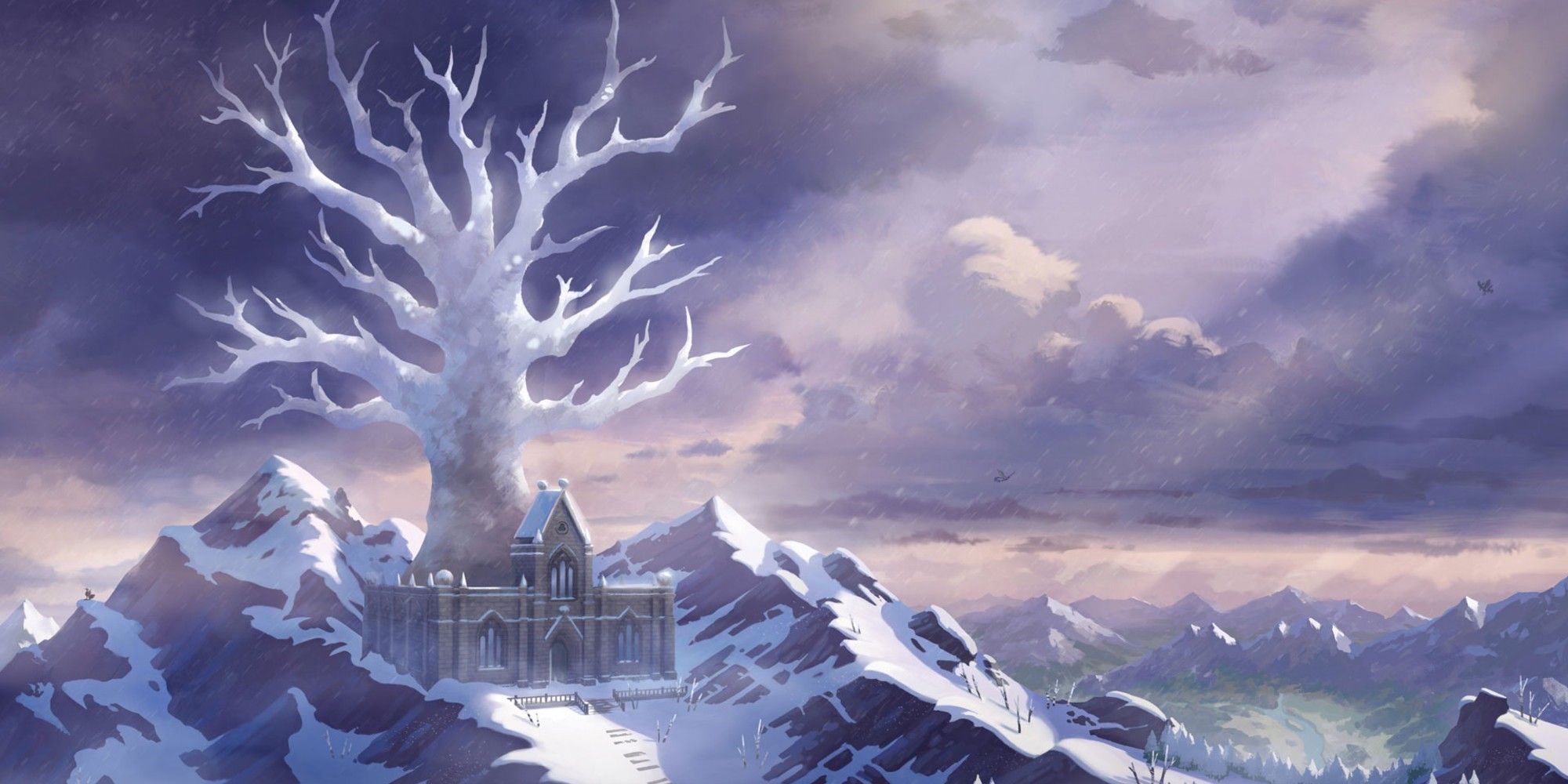 Not all Pokémon can be found in every region. The Dexit controversy in Pokémon Sword and Shield ensured that the Galar region would never feature all of the Pokémon from the history of the series, but it’s not as if it was always so easy to catch them all in the older games. Pikachu might be the most popular Pokémon in the world, but it still couldn’t be caught in the Unova region in Pokémon Black and White, and it had to be traded over from another game.

Yet there’s a convenient workaround to this that already exists in established Pokémon content, as Pokémon migration is part of the lore of the series, with the descriptions of Hisuian Zorua and Zoroark claiming that they originally came from another region. It’s possible that the growing presence of humans in the Hisui region chased many of these Pokémon out, and they were forced to find new homes. The location they moved to could easily be the next region that is being designed at the moment, which will appear in the Gen IX Pokémon video games. It’s possible that Hisuian Growlithe and Zorua are still plentiful in parts of the Pokémon world that just haven’t been seen by the player. 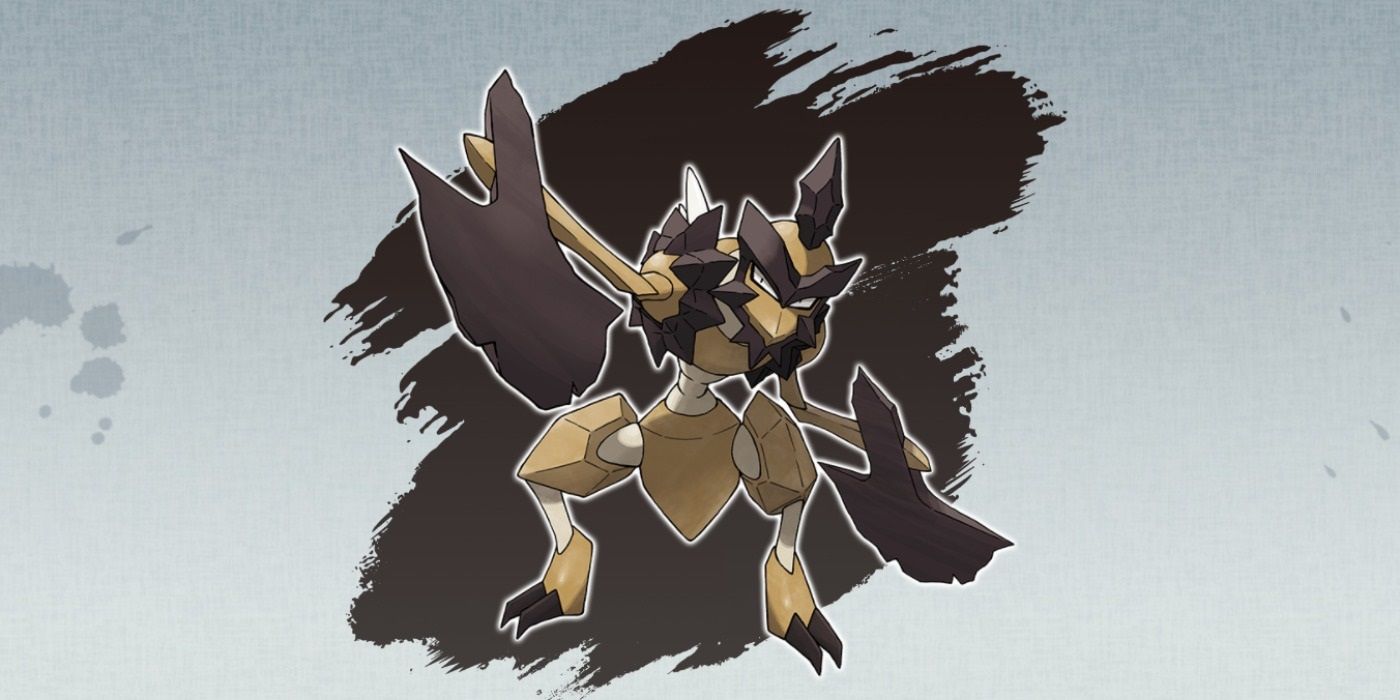 The Pokémon series is no stranger to retcons. In fact, it happened as early as Pokémon Gold and Silver, when new types were added to existing Pokémon. Magnemite and Magneton suddenly gained the Steel-type, as if it had always been that way. This happened again when the Fairy-type was added in Pokémon X and Y, with Pokémon like Clefairy and Clefable gaining a new type out of nowhere. There’s nothing stopping The Pokémon Company from putting Hisuian forms in future mainline games and remakes, without ever addressing why they disappeared from Sinnoh. The timeline keeps getting updated, and the Hisuian forms might suddenly be revived in the modern age as if they had always been there.