The Noble Pokémon Kleavor may be an intimidating foe in Legends: Arceus, but players with the right type of Pokémon can quell its rage in no time.

You Are Reading :Pokémon Legends Arceus How to Defeat Kleavor 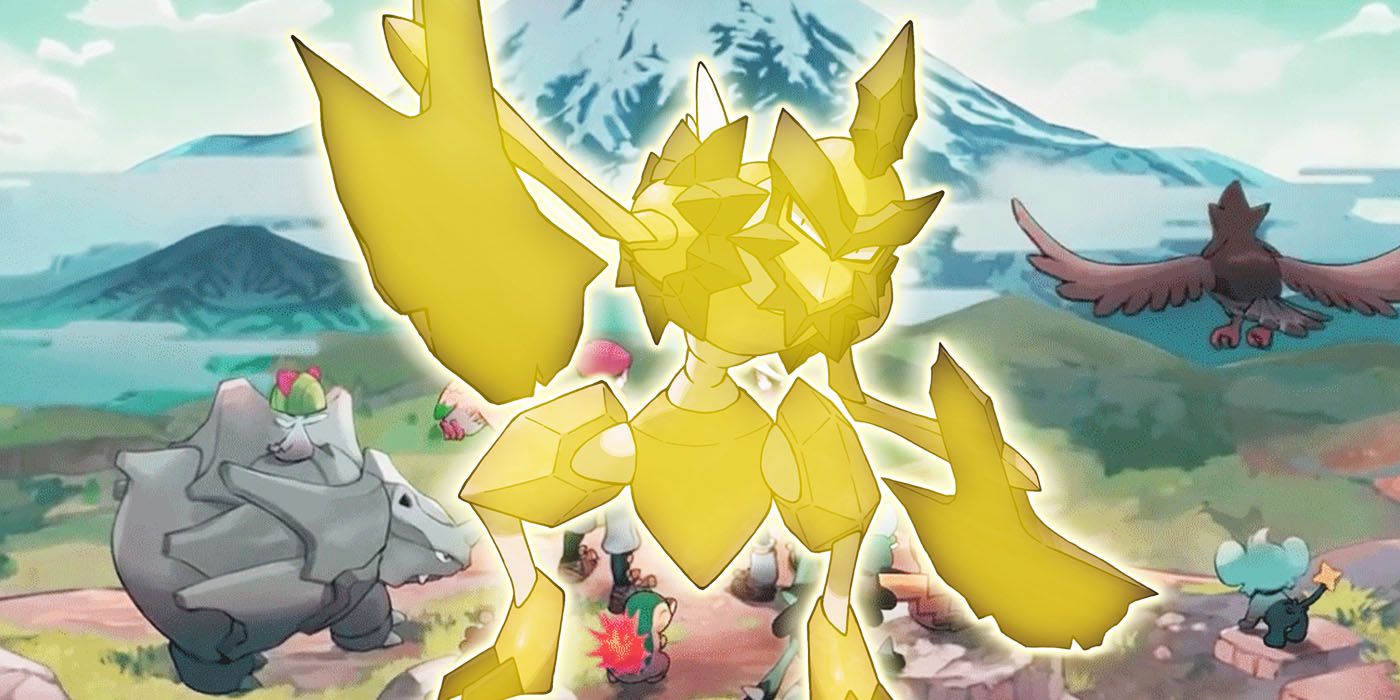 During their journeys across Hisui in Pokémon Legends: Arceus, players will meet powerful Lord and Lady Pokémon protected by the Diamond and Pearl clans. These Pokémon are said to have been blessed by the creator Pokémon itself and are revered as such by the people of the land. Wardens of Diamond and Pearl offer food sacrifices to these Lords and Ladies to ensure peace between these Pokémon and the people.

However, during the game, these Noble Pokémon mysteriously become empowered and enraged. The threat has become so great that the player character is asked to help the clans quell the Noble Pokémon’s rage, signified by a blinding golden glow that engulfs them. The first such Pokémon players meet is the Pearl Clan’s Lord of the Woods, Kleavor, who is watched over by the Warden Lian.

Breaking Down the Fight Against Kleavor 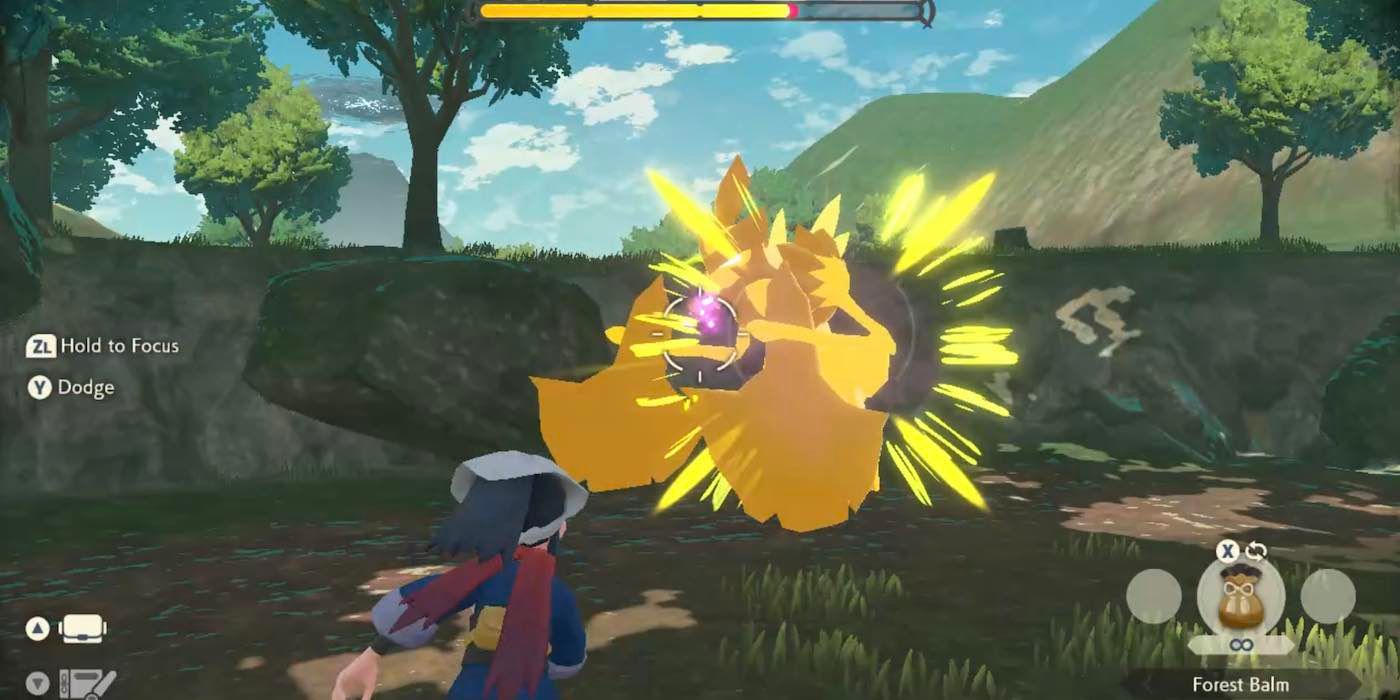 Kleavor is level 18 and can be calmed by players continuously throwing special food balms and engaging it in Pokémon battles. The golden meter at the top of the screen indicates Kleavor’s frenzy level, and each balm that hits lessens Kleavor’s rage. Balms are more effective after the player has worn Kleavor down in Pokémon battles.

Kleavor uses two attacks against players. The first is a whirlwind slash that hurts anyone caught in its radius. The second is a chop attack where Kleavor lunges at the player and hacks away with its axe-arms.As long as players stay alert for signals that Kleavor is about to attack, they can dodge out of the way.

When Kleavor is preparing its whirlwind attack, its axe-arm lowers and wind gusts start to swirl around the Pokémon. When preparing to lunge at the player, it will raise its axe-arm and get a golden glint in its eyes. If players stand in front of the nearby tree or arena wall, Kleavor will lock onto them and lunge. Players can then dodge, forcing Kleavor to ram into an environmental obstacle instead. This causes the Noble Pokémon to become stunned, allowing the player to send a Pokémon in to battle Kleavor. 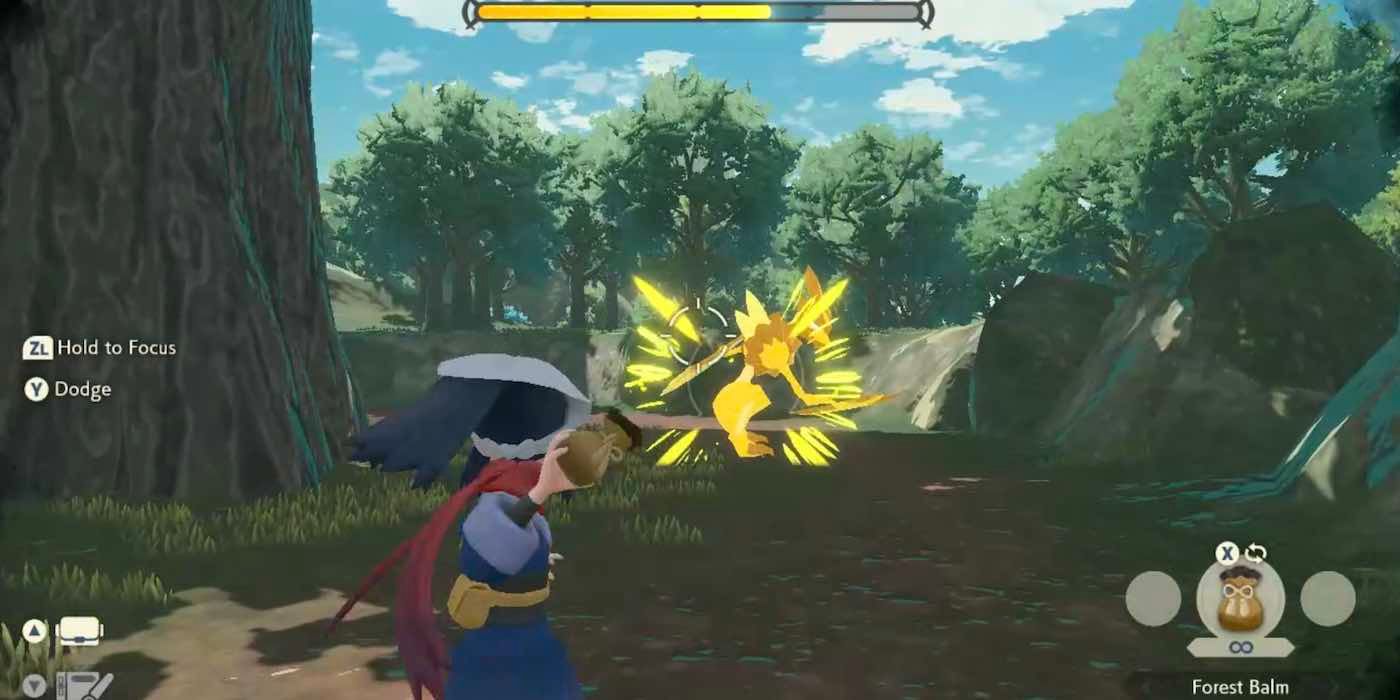 The fastest way to calm Kleavor’s frenzy is to defeat it in Pokémon battles. As a Bug/Rock-type, it is especially weak against Water, Steel and Rock-type attacks. As long as players have a Pokémon of one of these types close to Kleavor’s level, they can whittle down its health and stun the Noble Pokémon long enough for the player to throw numerous balms and significantly lower its frenzy meter.

The most common Water-type Pokémon players will have encountered at this point are Psyduck or Buizel, although those who chose Oshawott as their starter could rely on the sea otter to carry them through this fight. Regardless, having back-ups is never a bad idea, and those who didn’t choose Oshawott will want at least one Water-type in their party. Psyduck can be found in the Heartwood and, depending on its level, will know both Bubble and Water Pulse. Buizel can be found on the Horseshoe Plains and can learn Aqua Jet.

Geodude is an aggressive Rock/Ground-type players can find in the Deertrack Heights, and the lovable Bidoof, which be spotted all over the Obsidian Fieldlands, knows a Rock-type move. Both of these will at least know Rollout, although Bidoof should be a last resort, as it is weak against Kleavor’s attacks.

If players find themselves under-leveled or without a reasonable chance to heal their Pokémon, it is possible to defeat Kleavor simply by dodging and throwing balms. However, this method is not recommended, as it will take quite a while to quell Kleavor’s rage this way due to inefficiency.