Every zombie transformation differs according to each movie, show, and book/comic. Here are some of the most prominent transformations in pop culture. 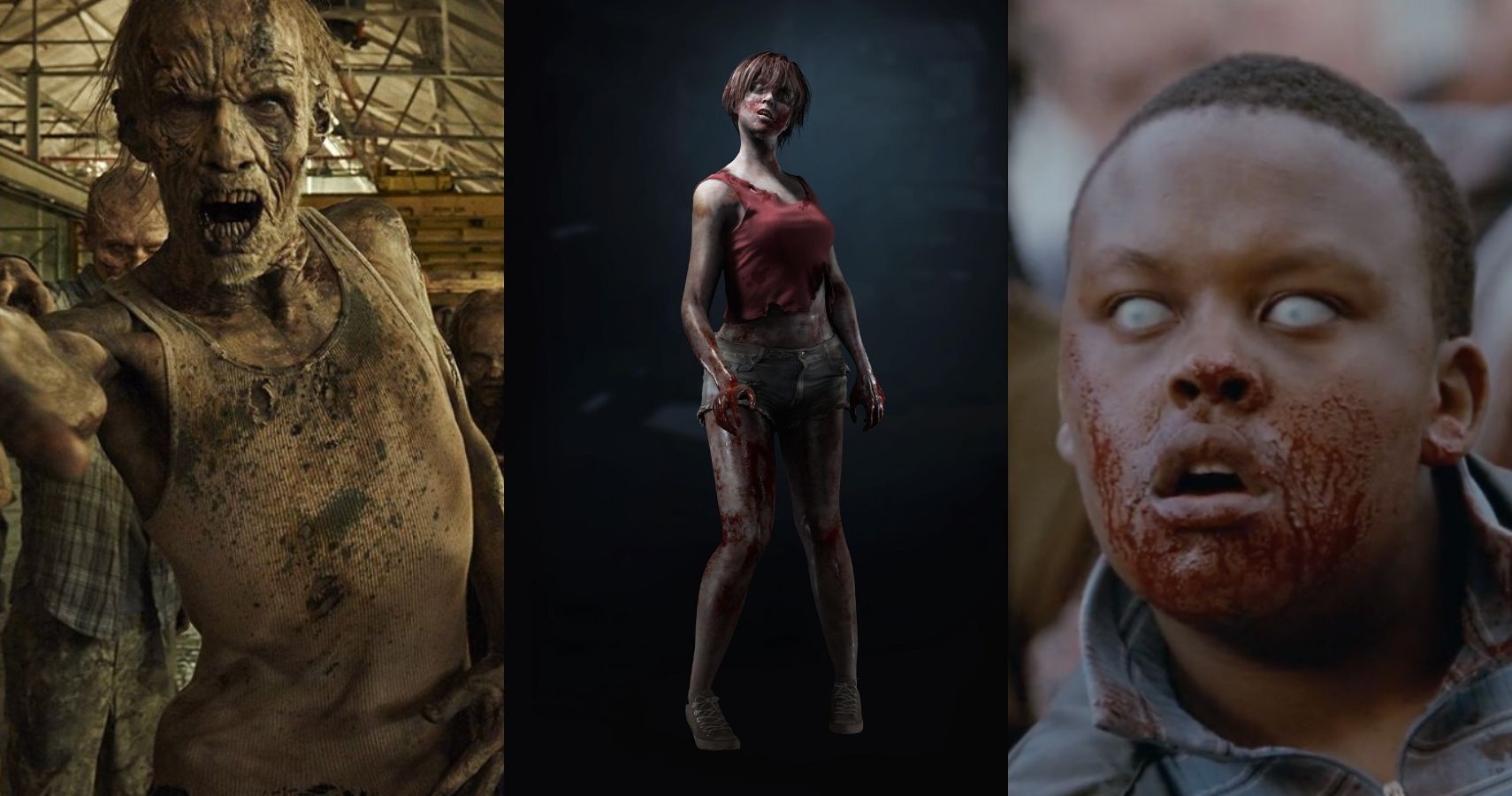 In a literal man-eat-man world, a bite can translate to a fate worse than death for characters who come a little too close to the risen undead. The on-screen zombie creature first outbroke in the 1930s, haunting fans of the ghoulish once-humans who angrily craved human flesh.

Since then there have been plenty more movies, TV shows, video games, and comic books to incorporate these villains into their stories. The creators change from title to title, and aspects of infecting the living change with it. How humans join the army of the undead is demonstrated here in this Pop Culture Zombie Infection Transformation Guide. 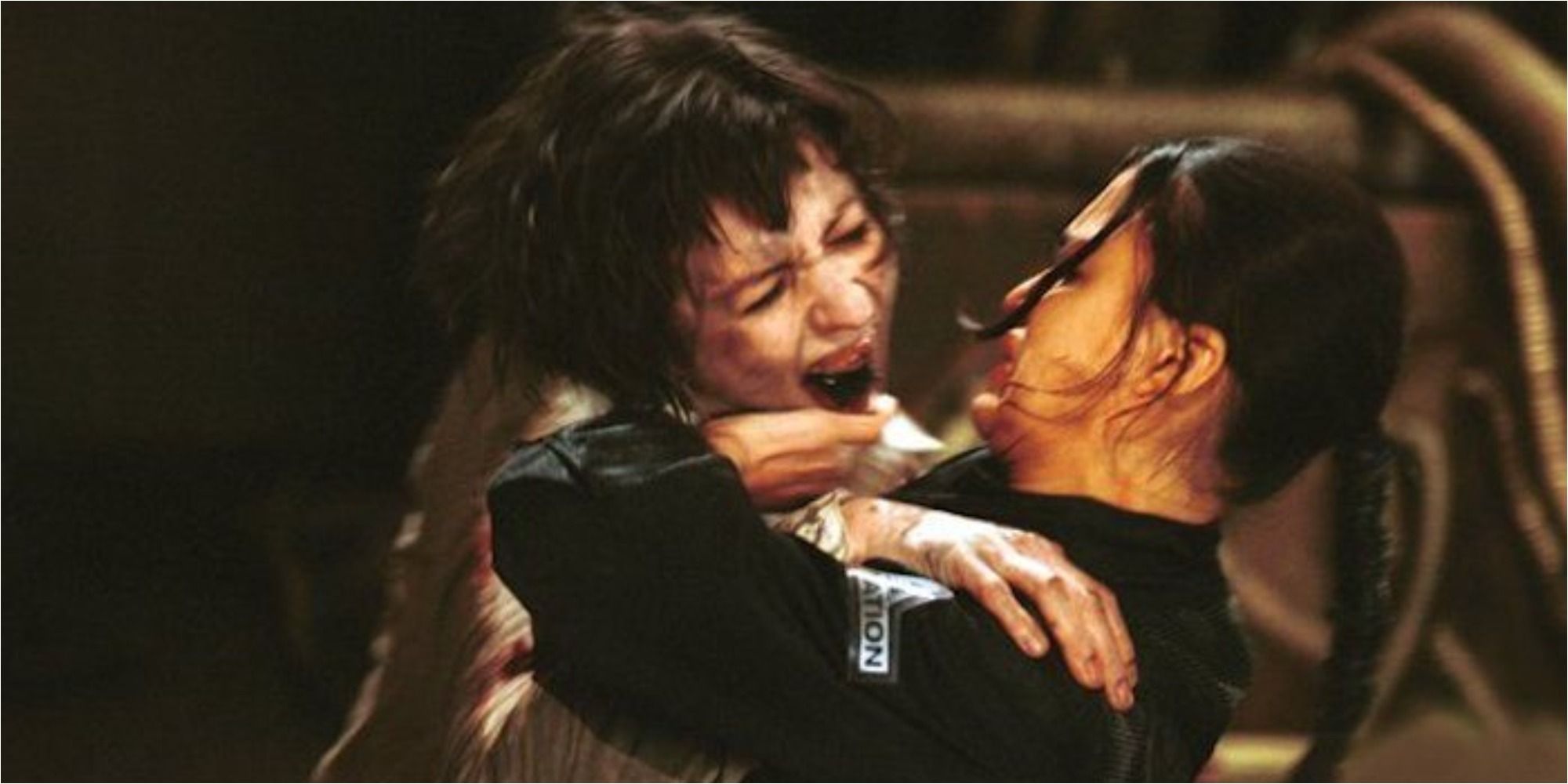 Playing the video games helped “Resident Evil” fans learn a lot about the franchise. The movie’s zombies originated from a man-made virus created as a bioweapon. The origins of the virus become the most interesting aspect of the movies since the transition of humans to zombies follow more classic rules like the infection spreading through bites.

The zombie creatures lose all bits of humanity and only care to get a bite of flesh from humans after turning, but there are more interesting details for the transitioning of the villains in the series. Most often they are a grotesque mutation of the virus already at hand and can involve skin splitting into a behemoth of a creature. 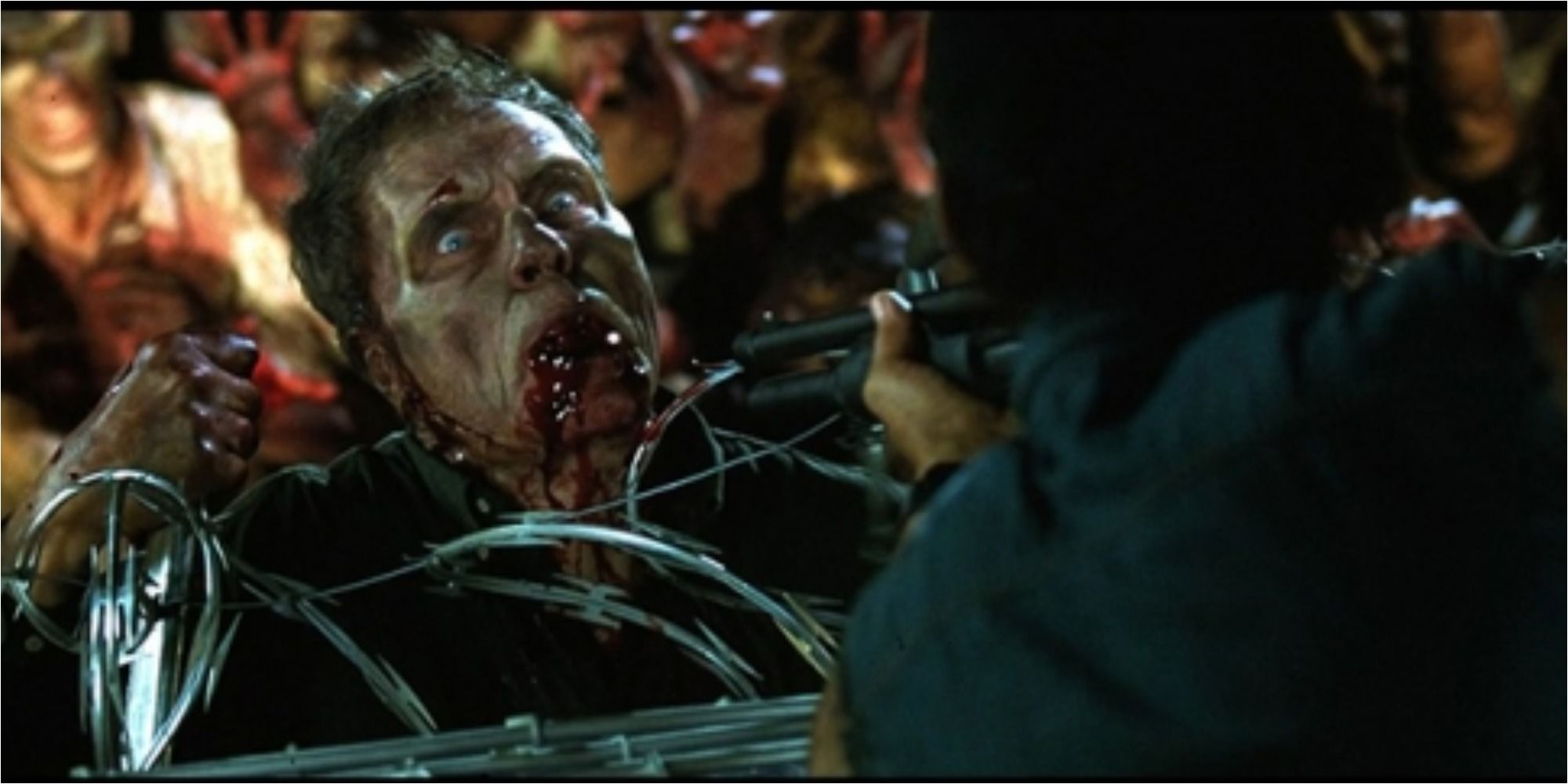 No population is safe from the zombies in this famous remake, directed by Zack Snyder. The first zombie introduced is the daughter of the protagonist, who starts her morning with a real nightmare. In this movie, the zombies differ from George A. Romero’s original creatures with the added element of speed to the undead.

Transferred through a bite, the infected don’t rise for a short deal of time before they ultimately succumb to their situation and bolt toward their target. The zombies’ skin is a paler color than what had been during their life, but most are intact head to toe without tissue damage. 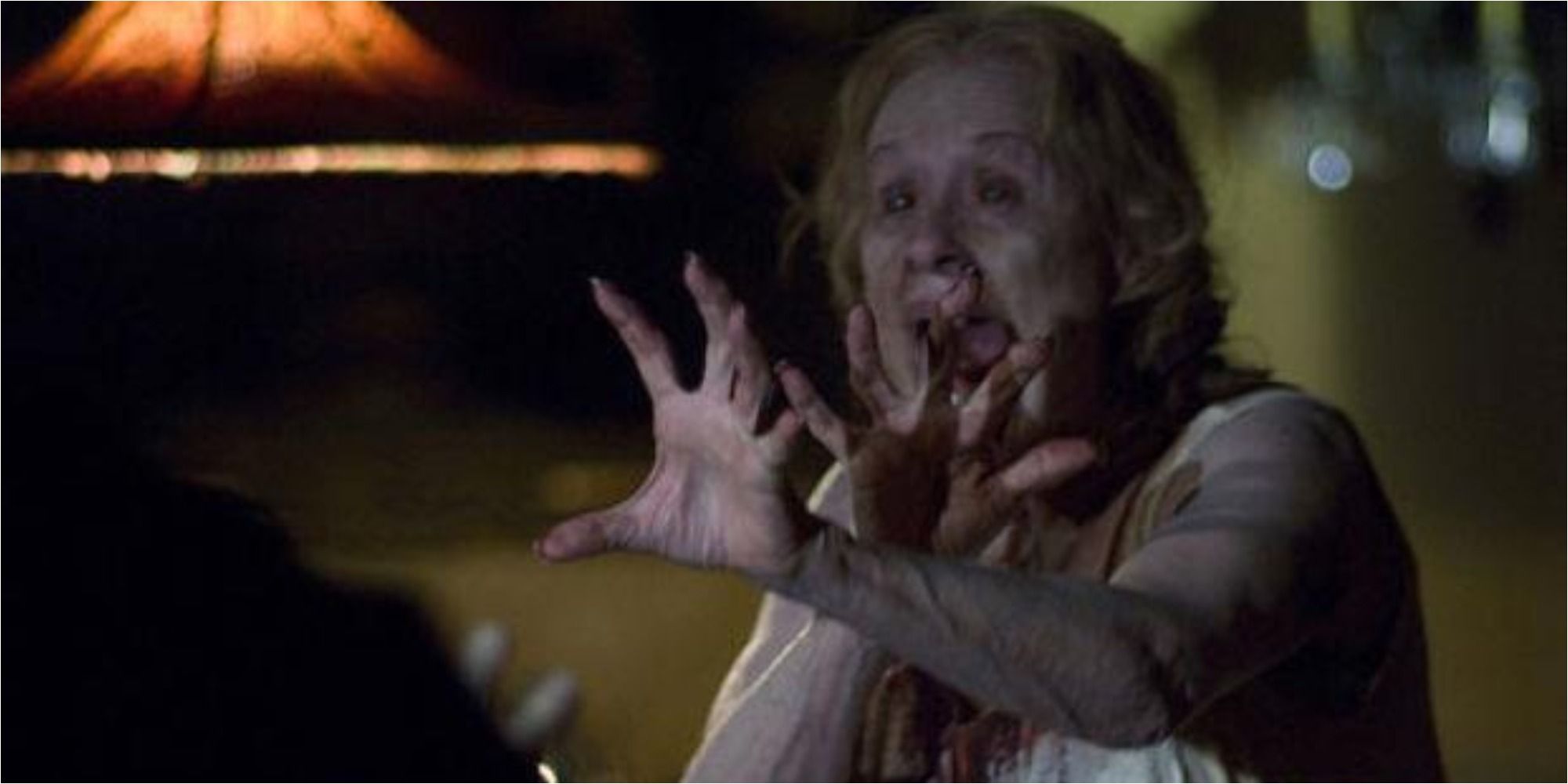 Based on the original Spanish film “REC,” “Quarantine” presents itself as a found-footage zombie film but the infected here are slightly different. The symptoms that afflict the infected are similar to rabies in animals. The characters are bound within a contained apartment building where tenants are discovered to be infected and thus infect others by biting them.

Infected members show signs of fatigue early on and, when close to their turning point, they begin to foam at the mouth. Up until then, those infected can still communicate but slowly begin to lose their grip with humanity. That’s the last warning sign before things go from bad to worse, as the infected predatorily pounce on their prey and let out terrifying screeches on the hunt. 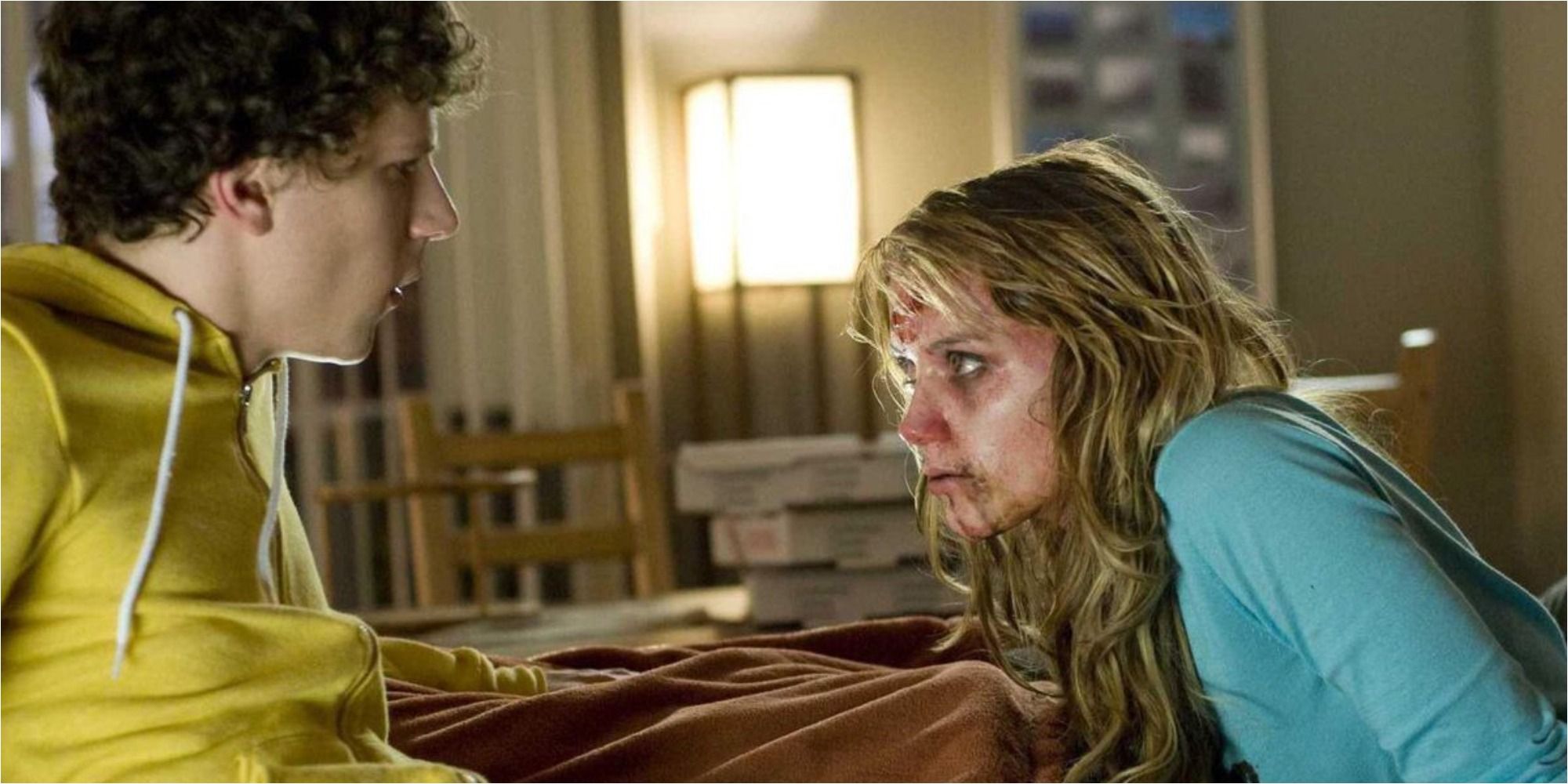 Don’t let the comedy genre underestimate these zombies. They are just as grizzly and have a disgusting visual that overtakes them post-bite. Anyone infected by bite inevitably will become a zombie and their skin will rot soon after turning.

Thankfully, the zombies are not as intelligent or aggressive as others, but can predictably be very dangerous in horde situations. Beyond that, the main character of “Zombieland” is about as average as they come and keeps himself alive with a set of rules, none of which say you have to run fast. Just to have cardio! 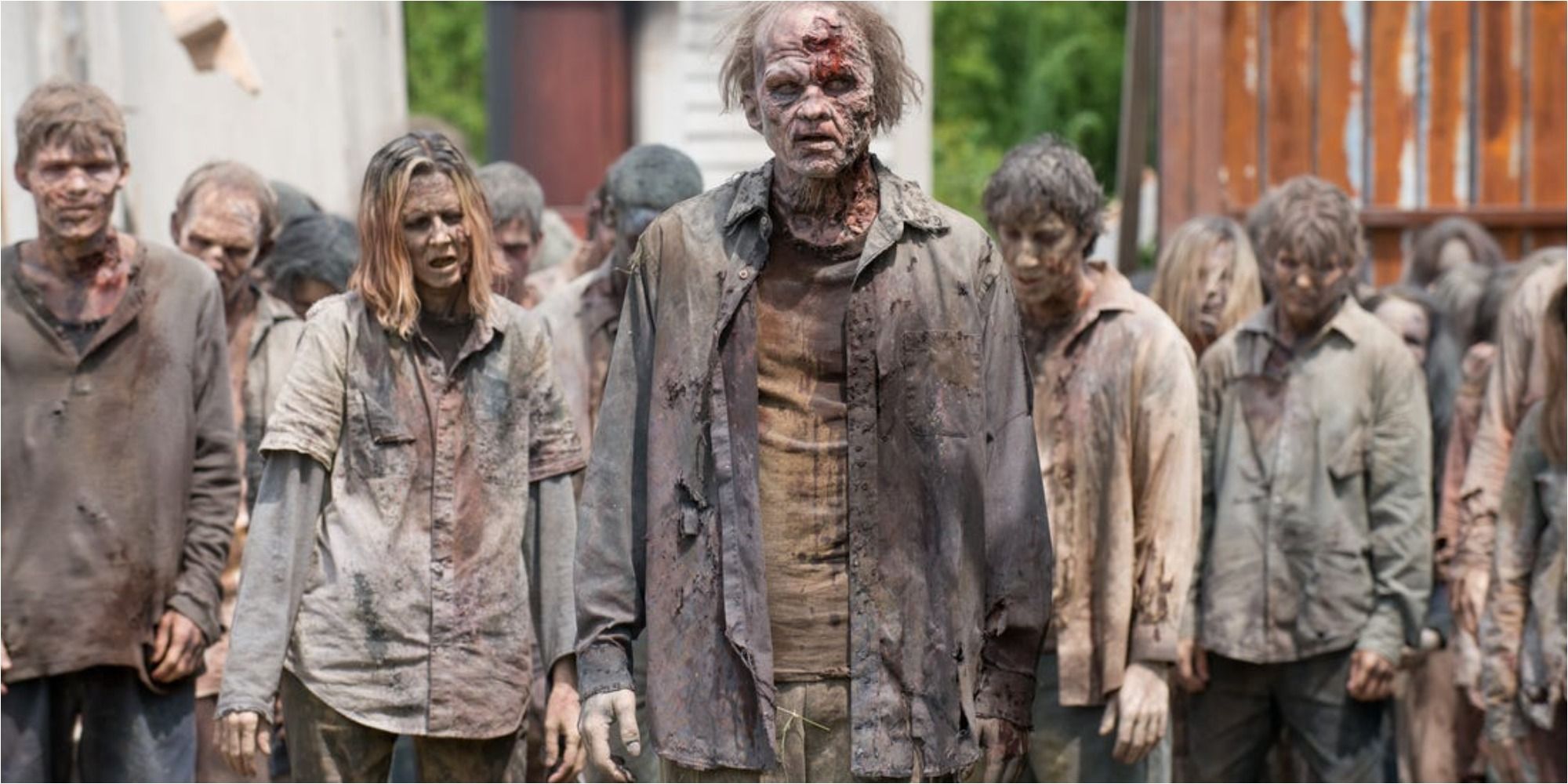 While the infected are granted a longer incubation period than mere seconds, that isn’t a group’s main worry when it comes to dead rising. While biting is a source of immediate infection and transition, there is something else that makes one a zombie.

Whenever someone in the world of “The Walking Dead” dies, they will be reanimated as a zombie, regardless of being bitten or not. An airborne virus is carried in everyone’s body and does not take effect until death when it can turn a corpse into another dead member. In this series the decaying dead come in all shapes, sizes, and conditions as the dead that roam sometimes have nothing but bone to their face, or must drag themselves along as half bodied corpses. 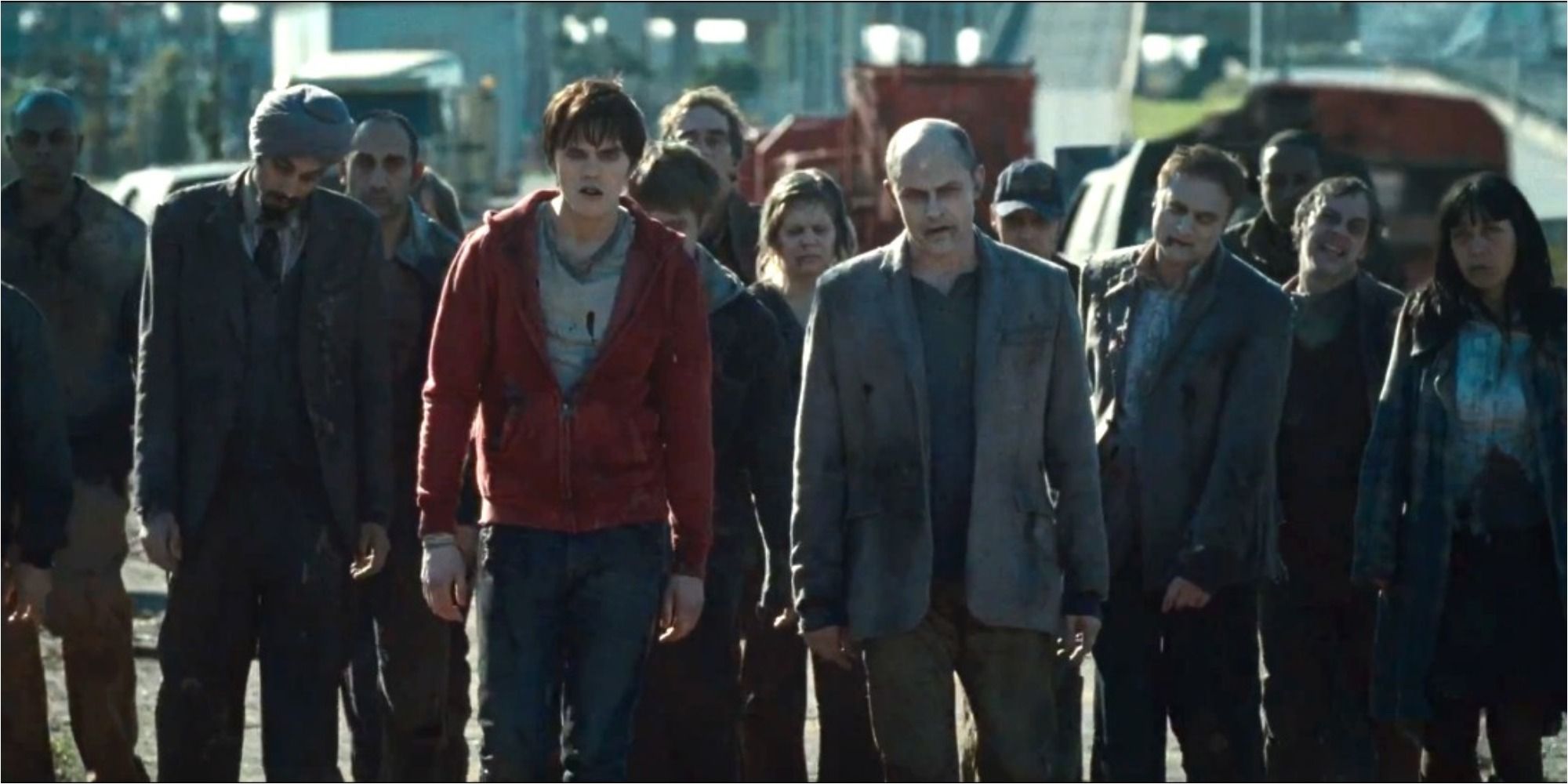 Rather than tell a story of a zombie apocalypse through the lens of a survivor, this story follows a self-aware zombie on his quest to rediscover his humanity while falling in love with a human. Being infected has two stages, where first a person is transformed into a slow shambling zombie, but eventually, turn into what’s called a bonie. A bonie has no interest in anything but their insatiable hunger.

Both eat any survivor they come across, and something special about eating someone’s brains is experiencing a person’s memories. Throughout the plot, it’s revealed infected who haven’t become bonies are capable of feeling a heartbeat again. 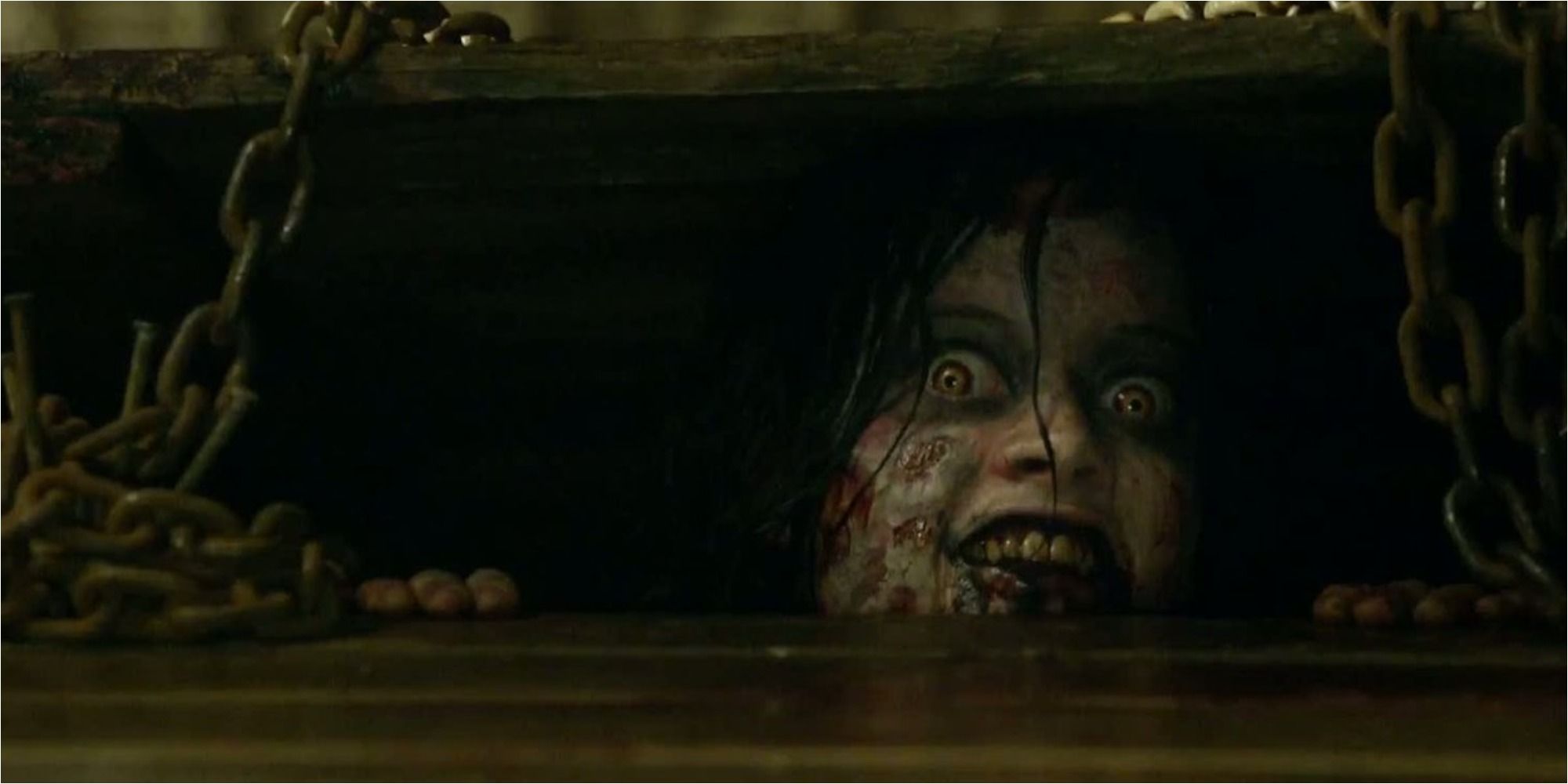 In probably the goriest entry from the list, there is another remake in Fede Alvarez’s “Evil Dead.” Unlike flesh-eating zombies in the other entries, possession is the main culprit of transition in this demonic flick. The transfer from origin to host was done in a gruesome act involving vines and weeds of a swamp forcing their way into the first victim Mia. This was onset by additional characters delving into a cursed book of the dead.

From there the possessions are spread through Mia’s bile and bites. She douses some characters in the thick red fluid. The turn is like a switch as evil takes control of a person and commits them to a terrible fate, in effect heightening their strength, cruelty, and endurance to pain, dependent on the demon. 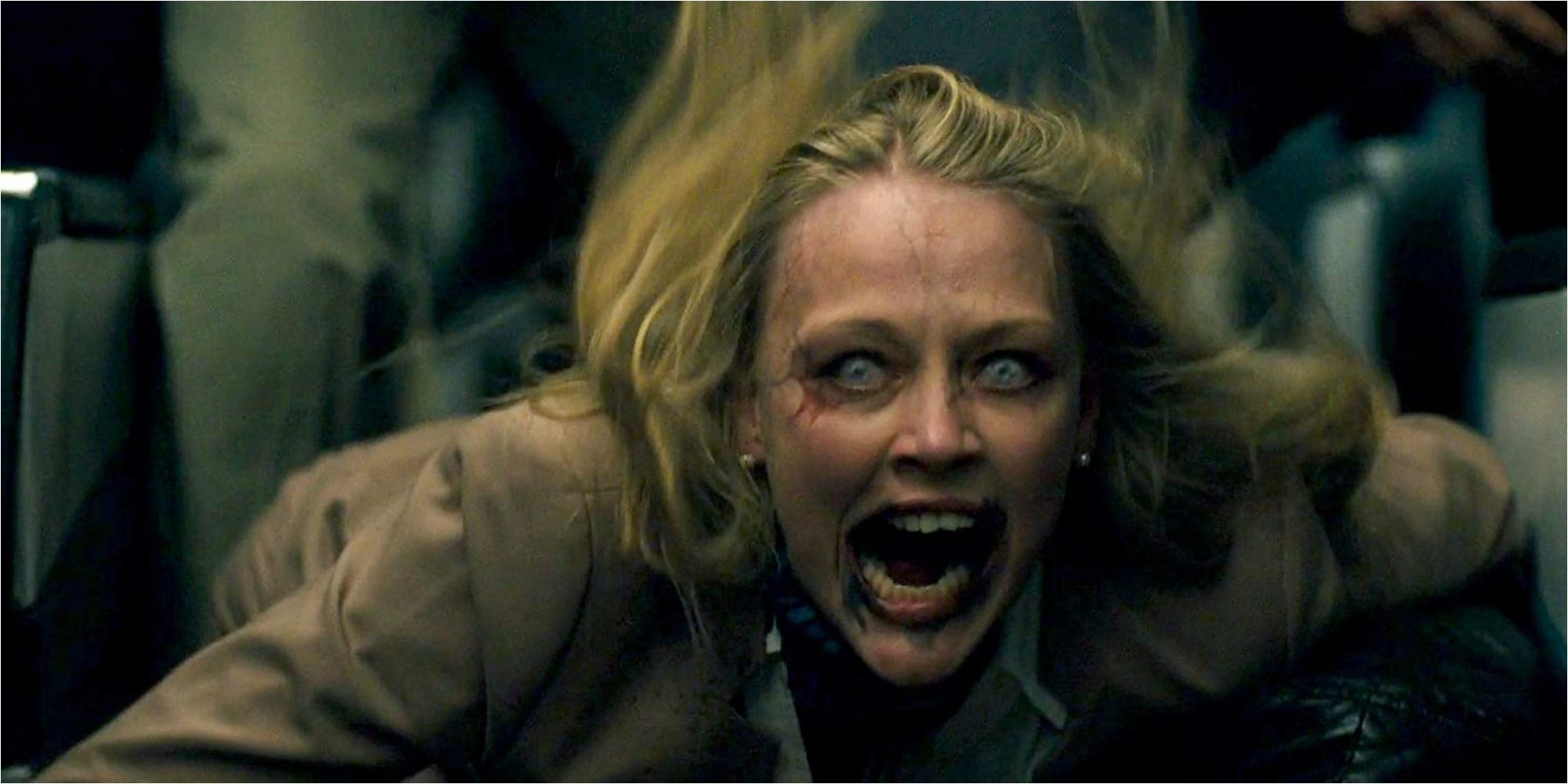 The undead in this movie has a viciousness that is unmatched in most other zombie franchises. In “World War Z” bite victims have an infection period that overcomes them in 12 seconds after being bitten by a zombie. During that time the bite can introduce the virus to a body and immediately begin infecting, causing body flailing and protruding veins across the skin.

In this thriller, the slow pacing of the dead concept is thrown out the window because the zombies are as fast as Olympians and use their bodies to rip apart any surface that comes between them and the uninfected. Whether they are using their heads to bash in windows or climbing bodies to cross 100 foot-high walls, it seems nothing stops these bodies of infected from getting to you. 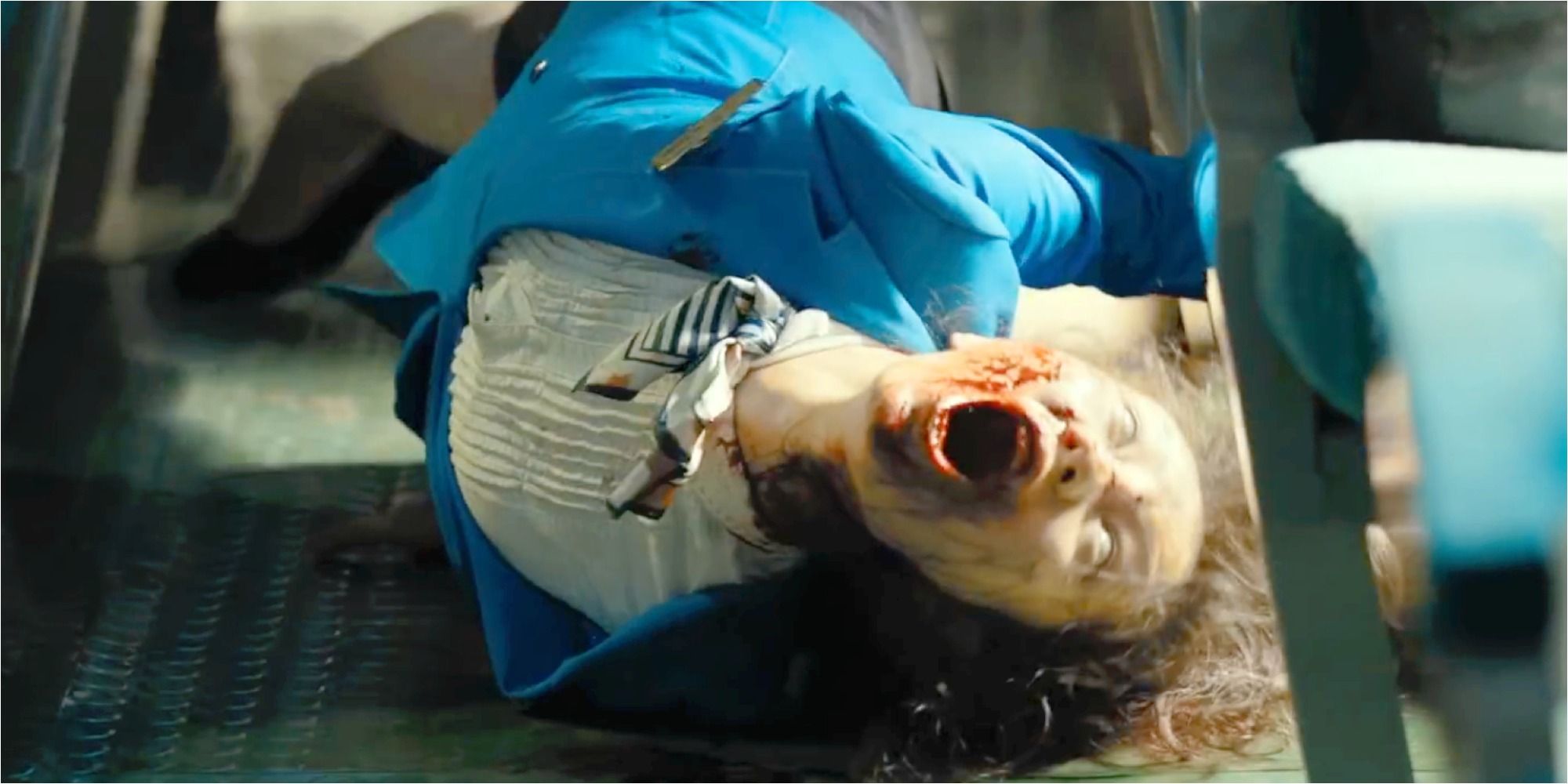 A father and daughter, baseball team, pregnant family, and train crew must fend off from the infected populations they encounter while traveling aboard a multicart passenger train. While the zombies that they face grow in numbers through infectious bites, and do so quickly, the dead attack the living with brutality after they’ve turned and don’t stop after one bite.

They eat away at their victims. Their awareness is heavily based on sight, so blocking that can cause them to lose interest in their human targets, but other than that they are fast and strong, able to use their strength to burst through glass and bring any size person to the ground. 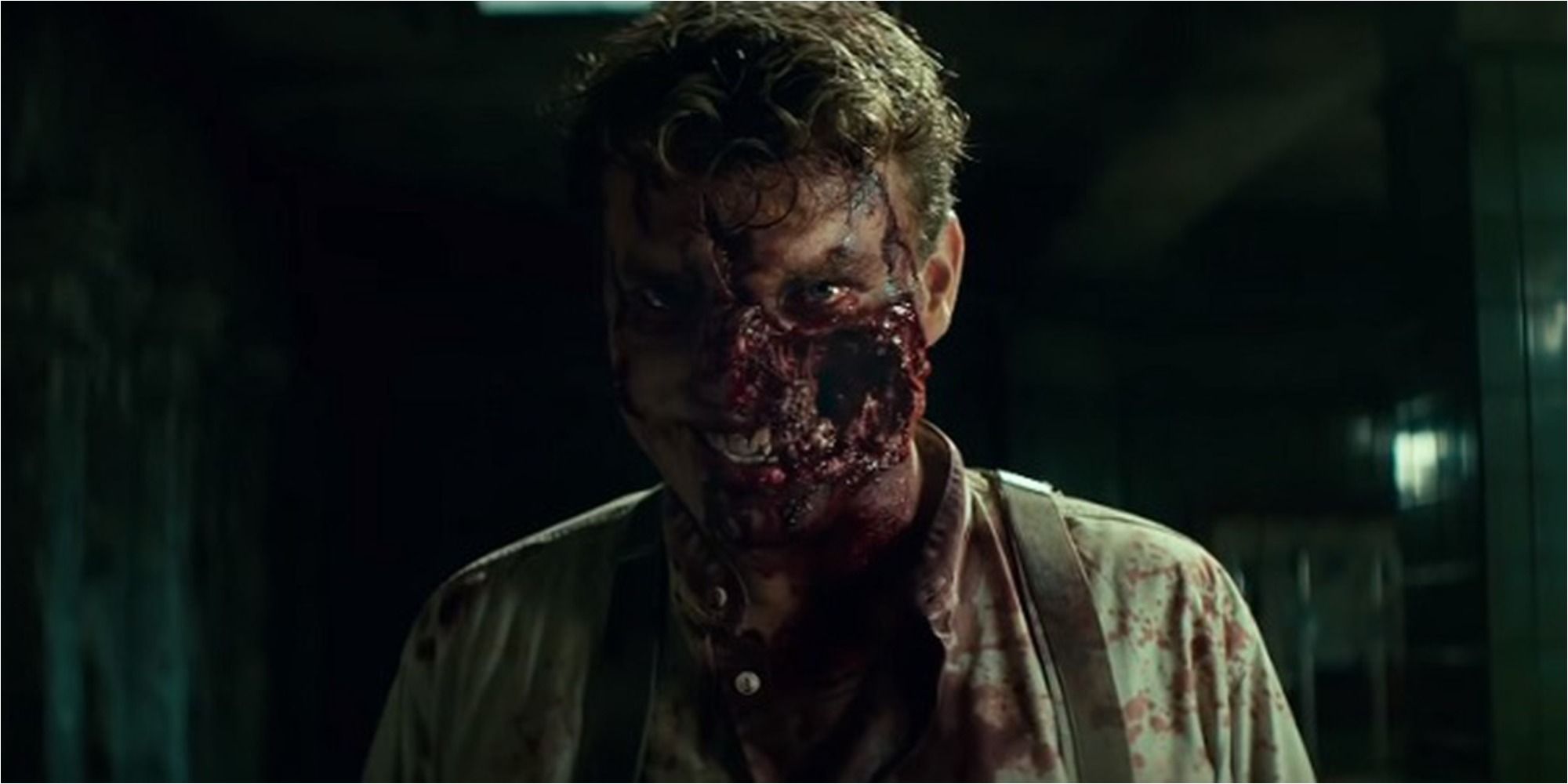 Nazi experiments went haywire! Those injected with a serum intended to create a stronger, everlasting Nazi soldier instead become mutated disfigurements of gothic proportion. After reanimating, a person’s bones may split and crack out of position while the effects of the serum take place.

The transition is reminiscent of body horrors like John Carpenter’s “The Thing,” and one that makes any injected turn toward a more aggressive nature. After injection, these creatures don’t go down easy, but that makes for some great action!