Final Fantasy 7 Remake Part 2 will have an expanded party compared to its first outing, but it’s not clear yet who will make the cut. 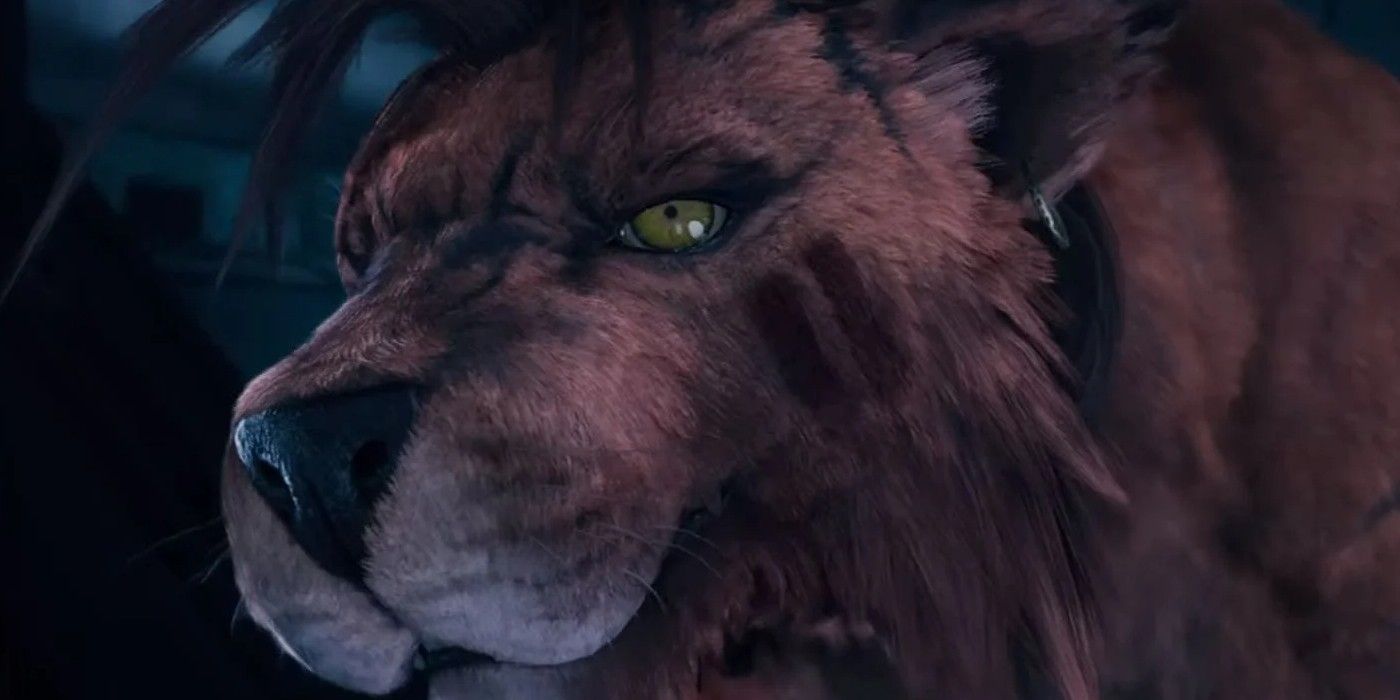 Final Fantasy 7 Remake Part 2 is on its way, bringing with it a rebuilt slice of Cloud and company’s planet and new revelations. The first game took place entirely within the futuristic city of Midgar, but the next game will have the party set out on their global quest in earnest. The fight against Sephiroth, Shinra, and seemingly fate itself will take them from coast to coast across Gaia, and will bring with it many faces both new and old. It’s not entirely clear yet how much of the map will be covered in FF7 Remake Part 2, but there are some likely guesses for when that game will conclude.

With those in hand, it is also possible to determine which party members will be present in Final Fantasy 7 Remake Part 2. Obviously, the four playable characters from Part 1 are guaranteed to return. Cloud, Barret, Tifa, and Aerith will all definitely return to fight another day, with the fire-forged friends hoofing it across Gaia’s swamps, deserts, and oceans. Joining them will be a colorful cast of characters, several who are already present in FF7R and one of which will be joining in the Intergrade re-release come June. Due to the nature of using FF7R’s end point and the original FF7’s events to determine which party members will appear in the sequel, SPOILERS ARE AHEAD for both games. 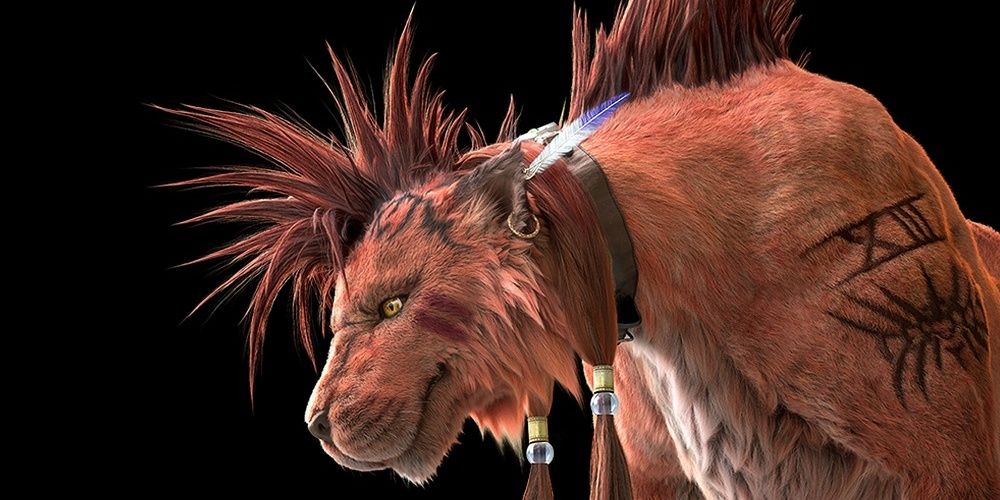 The first is also the most obvious: Red XIII, the heroic talking animal experimented on by Hojo, will be turned into a fully playable character. Appearing in the last few chapters of FF7R, Red came in far too late to be given a meaningful moveset and character progression, so Square wisely left him as an AI party member that helped the other characters fight. How, exactly, the playable version of Red XIII will work in FF7 Remake Part 2 is not entirely clear yet, but there’s a good chance that he’ll be a mobile aggressor who leaps around the battlefield delivering claw swipes and bites. Having a quadrupedal fighter in an action game is a rarely-explored concept, so it will be interesting to see him fully realized. 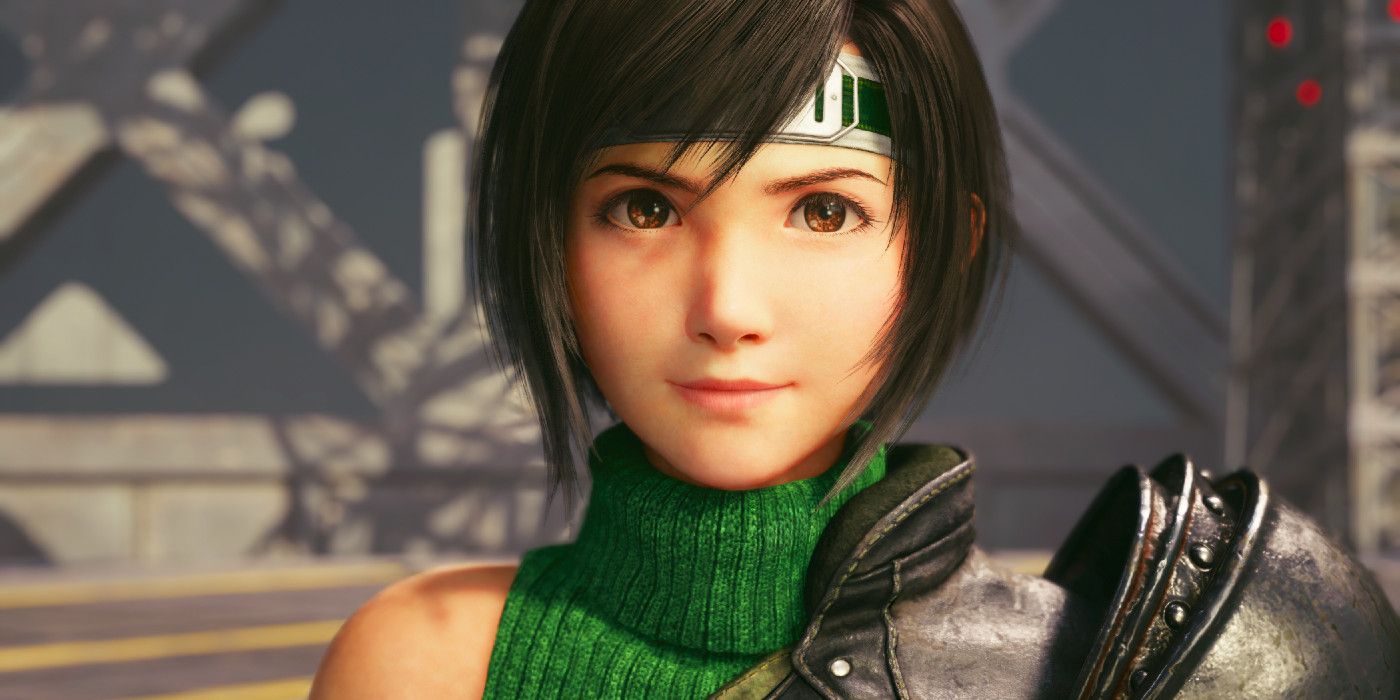 The next most obvious party member is Yuffie Kisaragi, the ninja mercenary from Wutai. She is an optional party member, but can be encountered and recruited easily and early on in the original game. This time around, Yuffie will have already been playable in FF7R Intergrade, so she’ll likely join the main party once she catches up to them. Whether she’ll stick around for the entire game is another matter, as she may dismiss the party’s quest as irrelevant and return to Wutai for more work. It remains to be seen how she’ll be handled, but players can definitely expect her to stick around for a little while in Part 2. 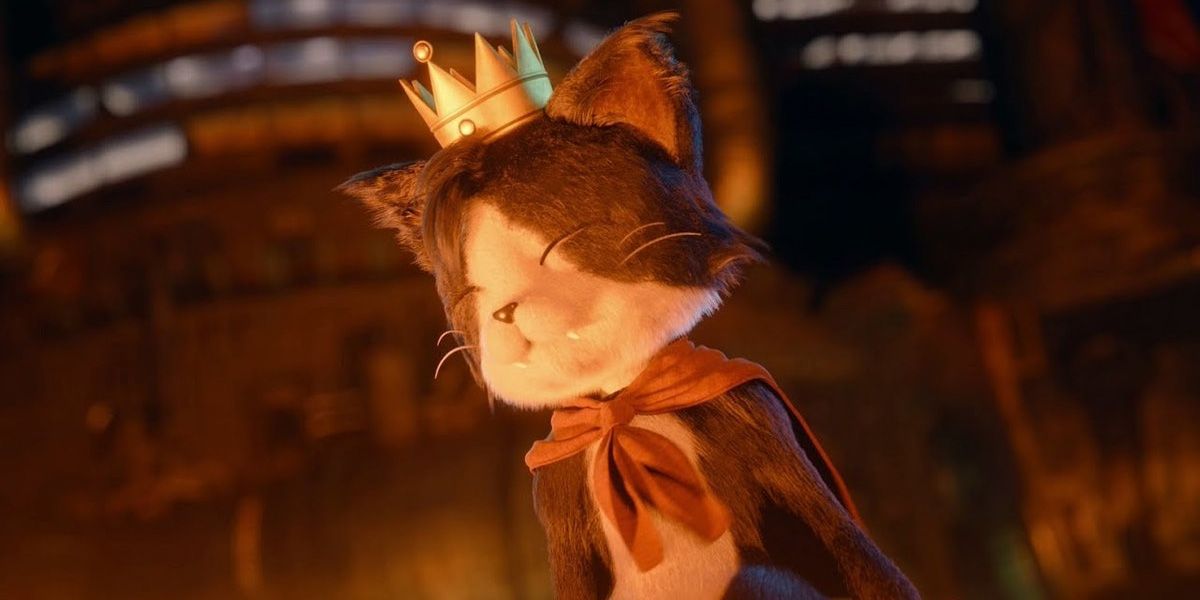 Cait Sith will probably follow a little while later, joining the party after they’ve spent some time at the Golden Saucer. Cait’s appearance has already been foreshadowed by his cat self reacting to the destruction of Sector 7 in the Remake, so players can expect to see this conflicted little mascot make the difficult choice to keep supporting or rebel against Shinra around the middle of FF7R Part 2. It’s going to be very interesting to see how his bizarre fighting style is adapted to the new game, but it will definitely be exciting to see. 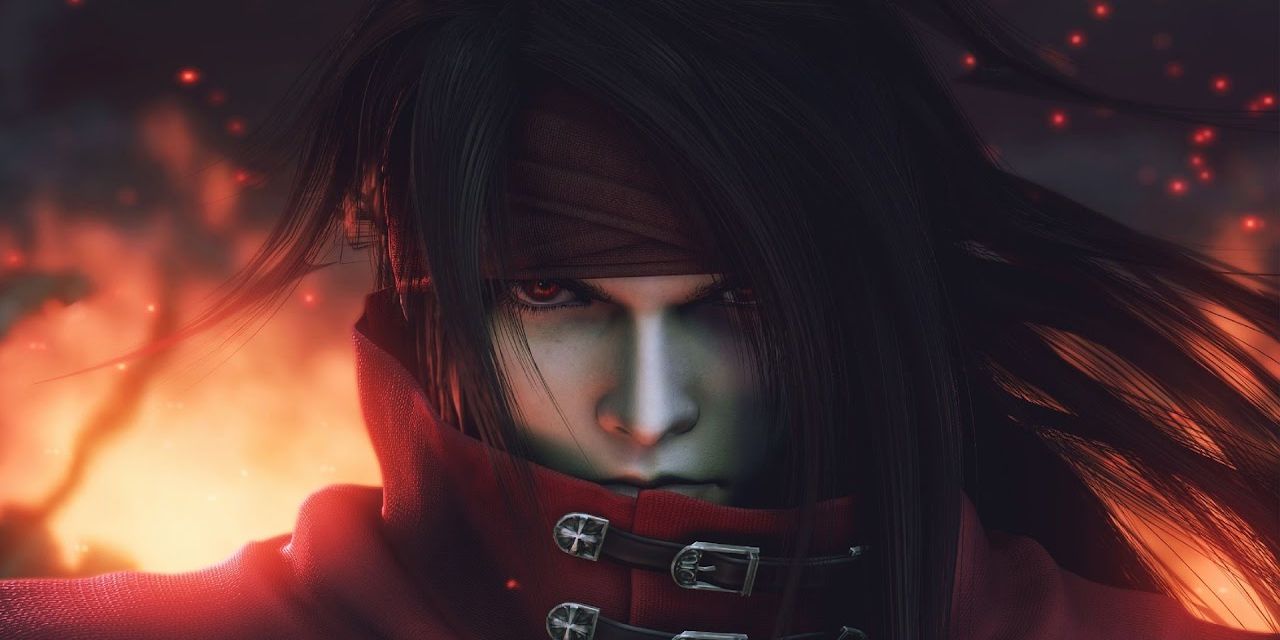 Next up is Vincent Valentine. Vincent is the first character in contention for FF7 Remake Part 2, as he was an optional party member hidden away in a bonus dungeon off to the side in the original game. His relevance to Hojo and Sephiroth’s backstory makes him a fairly notable part of the game’s lore, so he is likely to become a mandatory party member in the Remake — eventually. The Shinra Mansion in Nibelheim that he’s located in will probably be a mandatory dungeon in the new game series, but it could conceivably be passed by in Part 2 and left for Part 3.

Part 2 will most likely end either in the Temple of the Ancients, or it could reach the part of the first game where Aerith died, so Nibelheim will almost certainly be present. Fans will have to wait and see whether Square Enix wants to pull the trigger on Dirge of Cerberus’ popular ex-Turk anti-hero yet.

See also  10 Best Episodes Of The Magicians According To IMDb 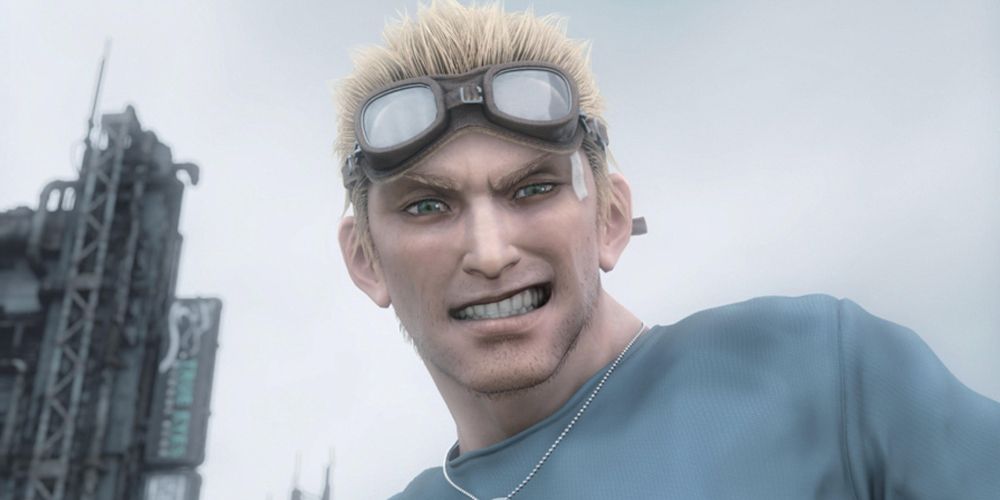 Last but most certainly not least out of the original game’s party members is Cid Highwind. Cid lives in Rocket Town, and is the source of the party’s first flying vehicle in the original game. It will probably take most of Remake Part 2 to reach him, but the result will be the ability to quickly access all of the areas the party has been to before challenging the Temple of the Ancients. This foul-mouthed wannabe astronaut might be getting an NPC preview in the form of Intergrade’s Sonon, a staff wielder who can perform team-up attacks with Yuffie.

If that’s Square Enix’s intention, then fans may indeed see the entire original Final Fantasy 7 party united in Remake Part 2. It’s an exciting prospect, but due to the need to keep making new content for however many more Remake games, there’s a chance that Cid and Vincent will be stuck in reserve for a while. 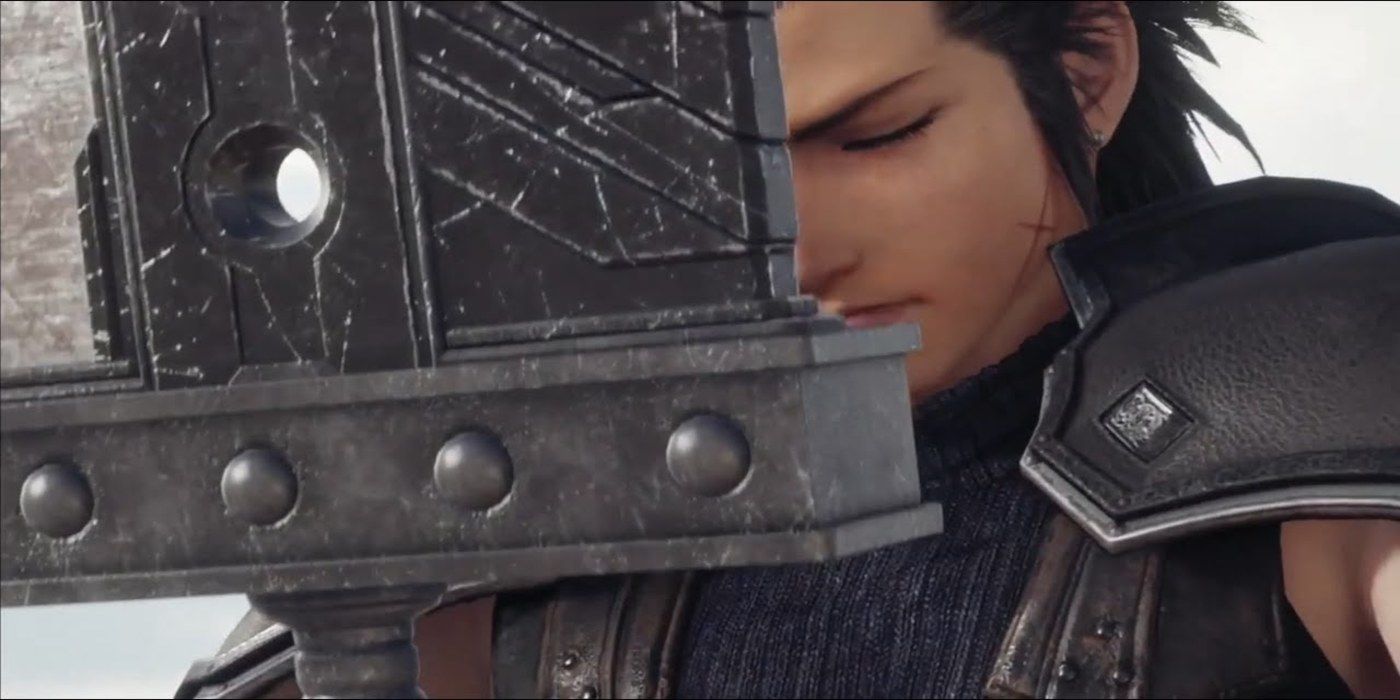 The final two characters who may be playable in Final Fantasy 7 Remake Part 2 could be Zack and Sephiroth. These two would be unique, in that they may both be temporary party members at different points in the game. The iconic Nibelheim flashback will probably be adapted in Part 2, so Sephiroth can accompany a younger Cloud up Mt. Nibel. There’s a decent chance this will double as a tutorial sequence at the start of the game, giving players a nigh invulnerable Sephiroth to learn Part 2’s mechanics.

The newly-still-alive Zack, meanwhile, may jump into view during the game’s finale to serve as a sort of Ken to Cloud’s Ryu; a character who plays very similarly, but has some modified versions of Cloud’s attacks. There are actually a lot of ways Zack could appear in a playable role, up to and including mini-chapters that show what he’s doing while the main party proceeds on their adventure. As with so many things about Remake Part 2, it’s up to Square Enix as to how this new version of Final Fantasy 7 will unfold.