Doron Dororon’s Dora faces the same unique predicament as Tsumugi Minase did from one of Shonen Jump’s many canceled series Candy Flurry.

You Are Reading :Shonen Jumps Best Canceled Manga Lives on in Doron Dororon 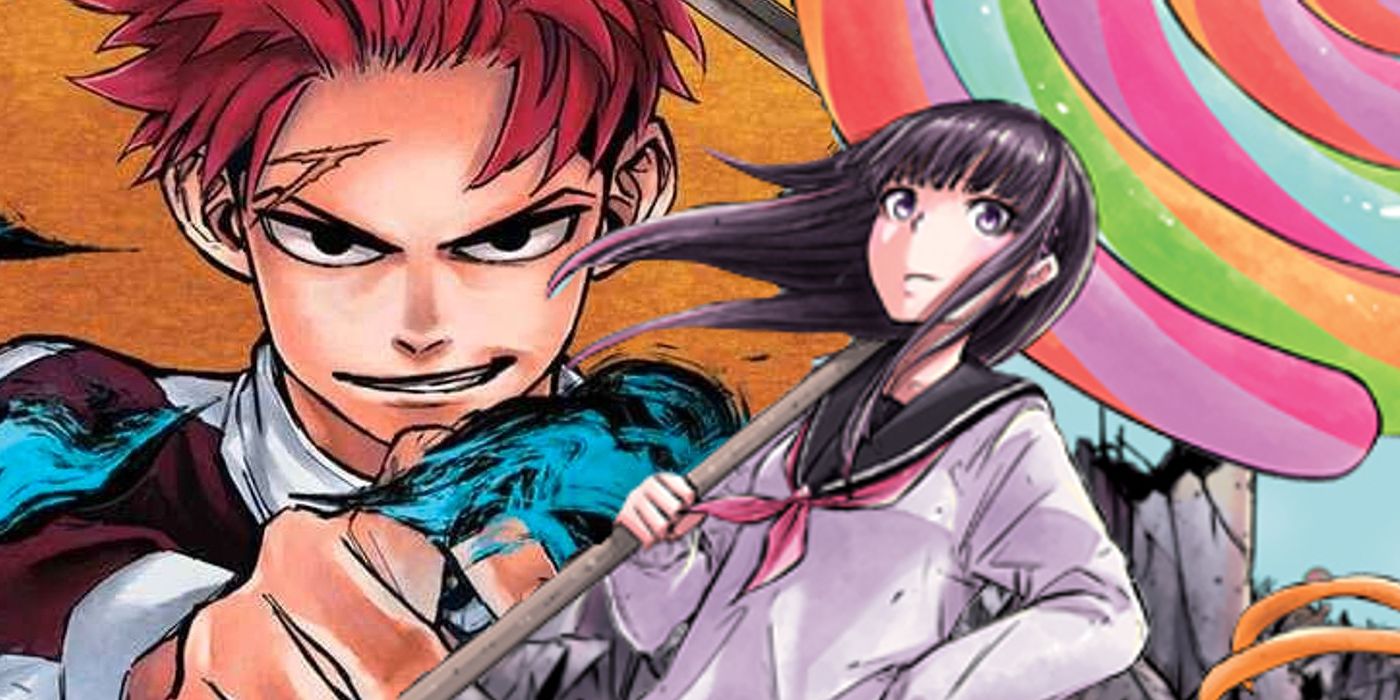 One of Shonen Jump’s most promising canceled manga called Candy Flurry shares quite a few similarities with the anthology’s newest addition Doron Dororon. Both series’ heroes have a special weapon that allows them to perform great feats, but wielding them could ironically get these heroic figures erroneously labeled as villains since these weapons are either associated with or share a resemblance to a greater evil.

On the surface, Doron Dororon is just another shonen tale about a boy who dreams of joining the ranks of his world’s superpowered beings to battle monsters only to learn, much to his dismay, that he doesn’t meet the standard prerequisite. But by happy circumstance, the unique strength and speed that he gained from training to help him realize his now-unachievable dream allows him to wield and effectively vanquish his foes with a special sword that channels the power he doesn’t possess. But there’s a catch. The sword is actually one of the monsters he wanted to kill, known as a mononoke. Named Kusanagi, this mononoke is uncharacteristically kind and wants the same thing as the hero, known as Dora. This makes them a perfect pair, but because Dora now travels with a mononoke, that automatically makes him guilty by association and a potential enemy of the samurai he longs to help.

By adding Doron Dororon to its roster, Shonen Jump is unintentionally reviving one of its many series that the manga anthology prematurely sent to the chopping block, for the title’s odd predicament channels a main theme in Candy Flurry. Tsumugi Minase was a so-called sweets user who are people who can conjure a sugary treat out of thin air. In her case, she wielded a massive lollipop. Although most sweets users were branded as enemies of Japan, Tsumugi would have been especially targeted if her ability were made known for five years before, another lollipop user employed his tasty treats like bombs to completely destroy Tokyo. Before discovering the tragic background of the real lollipop villain, everyone at the time mistakenly believed that a specific treat could only be wielded by one person, so Tsumugi would’ve been labeled as the destroyer of Tokyo if people knew she was a lollipop user, making her public enemy number one. 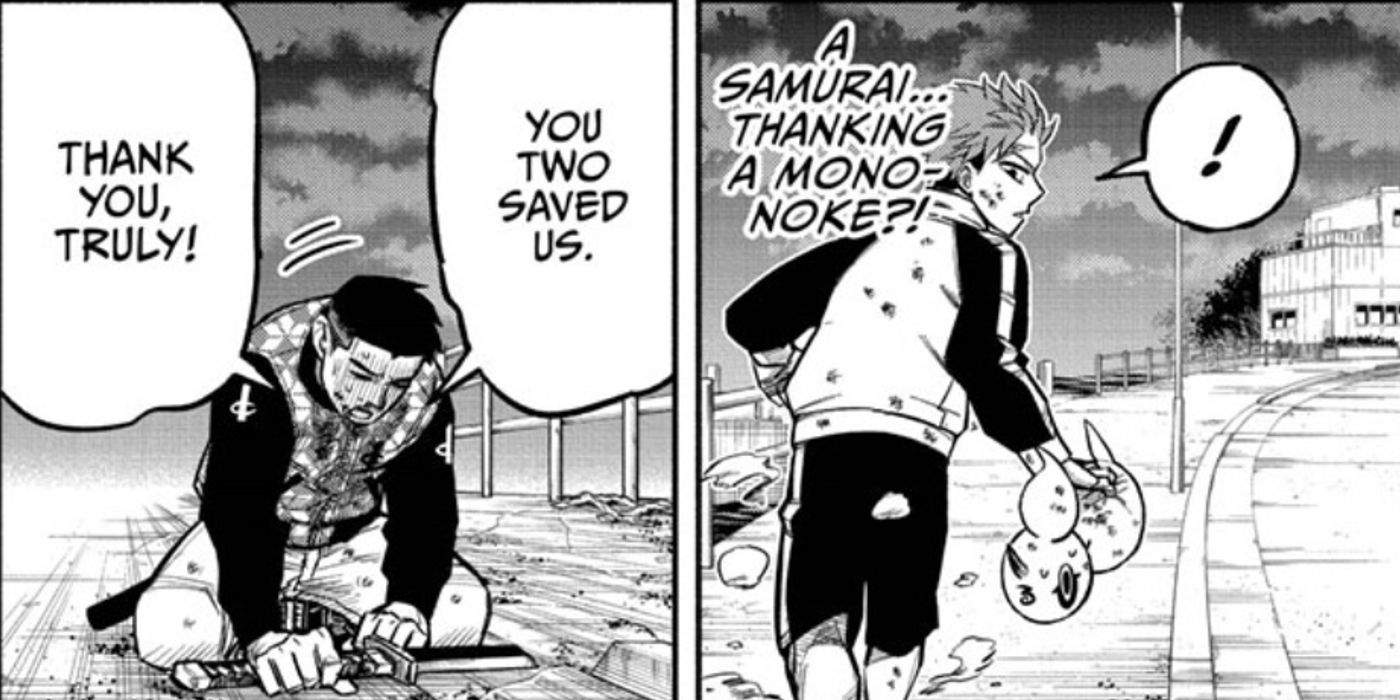 For the majority of the shortly-lived series, only one other person knew Tsumugi’s secret. Ironically, he was a member of a special police force that specifically targeted sweets users known as Recette. This, obviously, created conflict for both the officer, since he put his livelihood in jeopardy by protecting her identity, and for Tsumugi, as he gained recognition for her own exploits that she had to employ in secret. All of this was further exacerbated by the fact that Tsumugi was especially motivated to become a Recette in Candy Flurry, a pursuit she made to the detriment of both herself and her friend.

As of chapter two, Doron Dororon has already begun exploring this type of dynamic with Dora when he brandishes Kusanagi as a sword to save two other samurai. Although Dora hasn’t interacted with them beyond the actual rescue, one of them appears to view him as a potential ally, creating the possibility that he may cover for Dora in the future and protect him from the larger samurai organization at his own risk – just like what happened in Shonen Jump’s canceled Candy Flurry series.