Skull and Bones, Sea of Thieves, and The Future of Pirate Games

Upcoming titles like Skull and Bones show the popularity of the pirate game genre, and might shift future piratical products in a new direction.

You Are Reading :Skull and Bones Sea of Thieves and The Future of Pirate Games 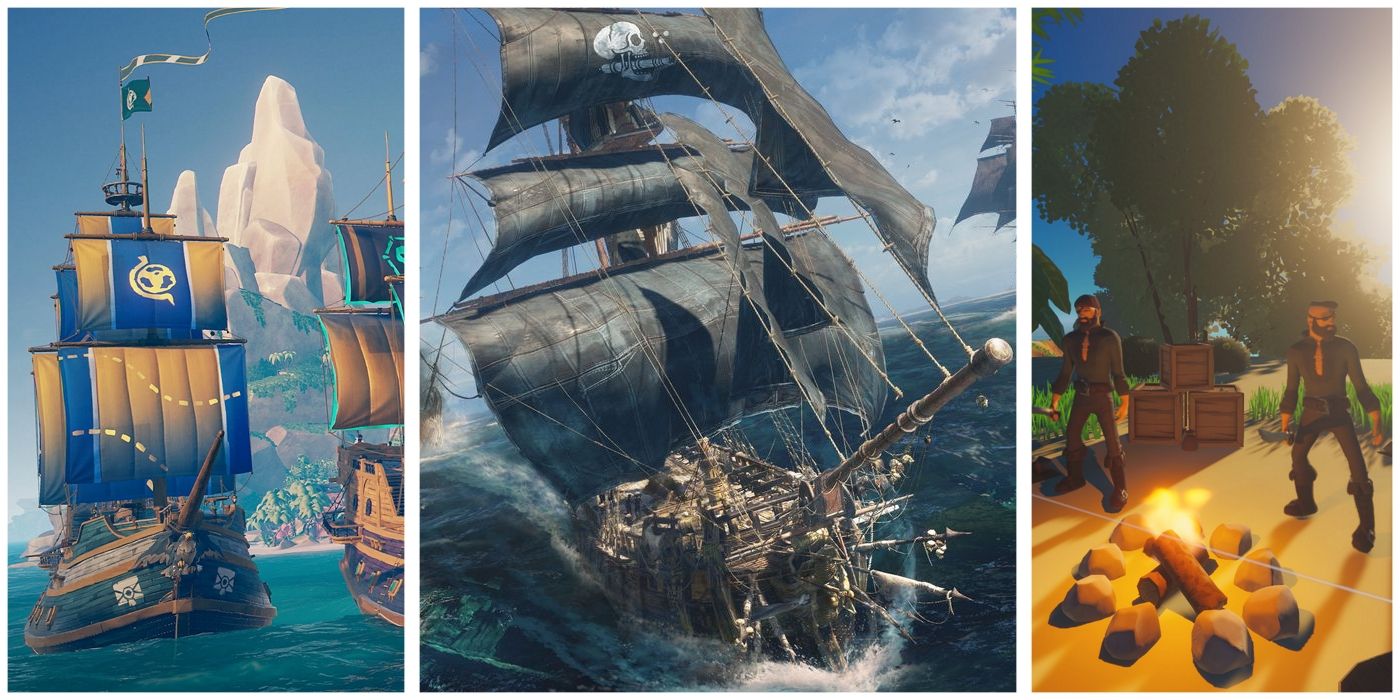 Upcoming titles like Skull and Bones show the renewed popularity of the pirate game genre. The game is set to eventually launch as a refreshing alternative to popular skullduggery simulator Sea of Thieves. While Rare’s most recent outing focusses on individual voyages and instances, Ubisoft’s is set to bring a more persistent RPG-style approach to the genre, at least by last report. Unfortunately for fans of swashbuckling, Skull and Bones has once again been delayed, leaving the future of the pirate game uncertain in form and function. As such, the destiny of this daring genre might become defined by ambitious smaller games alongside triple-A giants.

The current state of pirate games is an interesting one. Sea of Thieves is far and away the most popular title in the genre right now. While its influence is obvious in the aesthetics and tone of many future swashbuckling titles, many of them are departing in very distinct mechanical ways. Skull and Bones will likely lead this departure in the triple-A space. With its Ubisoft backing and associated Assassin’s Creed: Black Flag pedigree, the game certainly has the resources to challenge Rare’s more cartoony offering. However, it might not be a simple choice between the two games. Both promise radically different experiences, and so do the multitude of independent pirate games currently in production. What can be seen in these different products is a focus on wider worlds and more fleshed-out player characters.

How Has Sea of Thieves Set the Current State of Pirate Games? 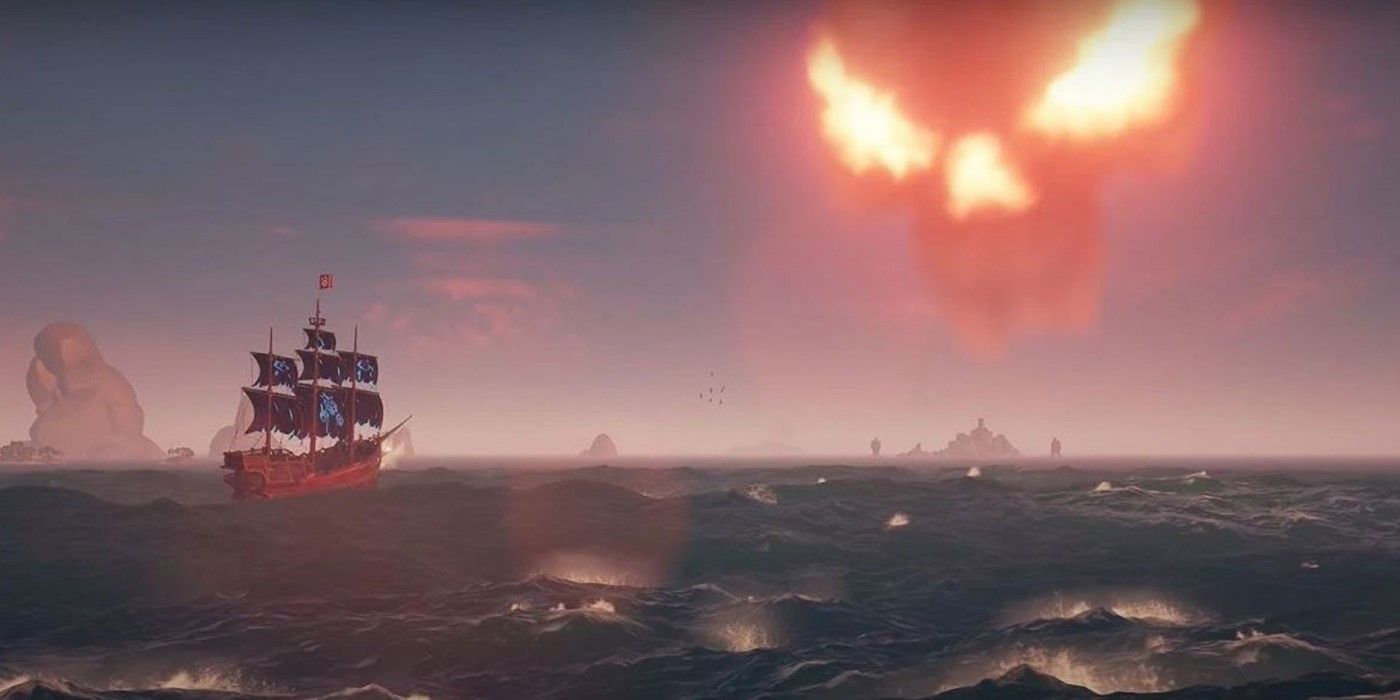 The closest comparison to the tone of Sea of Thieves is probably Pirates of the Caribbean. These films are rich with a deep, intricate lore, much like the intriguing pirate mythology explored in the seasons of Rare’s game. More than just lore, however, Sea of Thieves bustles with the same bombastic energy as the Pirates films. Both properties have these deep backstories, but are just as enjoyable for viewers who do not care and simply want to see cool pirate action. This is where Sea of Thieves’ gameplay loop comes in. Due to the voyage-based adventures that do not persist between sessions, the stakes are limited to each expedition, and characters can only be altered cosmetically.

Sea of Thieves hit 20 million players in 2021, so despite it being over three years after its original release, the game is more played than ever. Currently, the game is a successful example of a games-as-live-service system, maintained through upfront sales, cosmetic microtransactions, and consistent content updates. As the dominant pirate game on the market, Sea of Thieves sets an incredibly jovial tone, and one without huge investment in the specific player character. This more flippant and casual approach is undeniably popular, but leaves a space in the market for an experience like just like Skull and Bones.

What Will Skull and Bones Bring To Pirate Games? 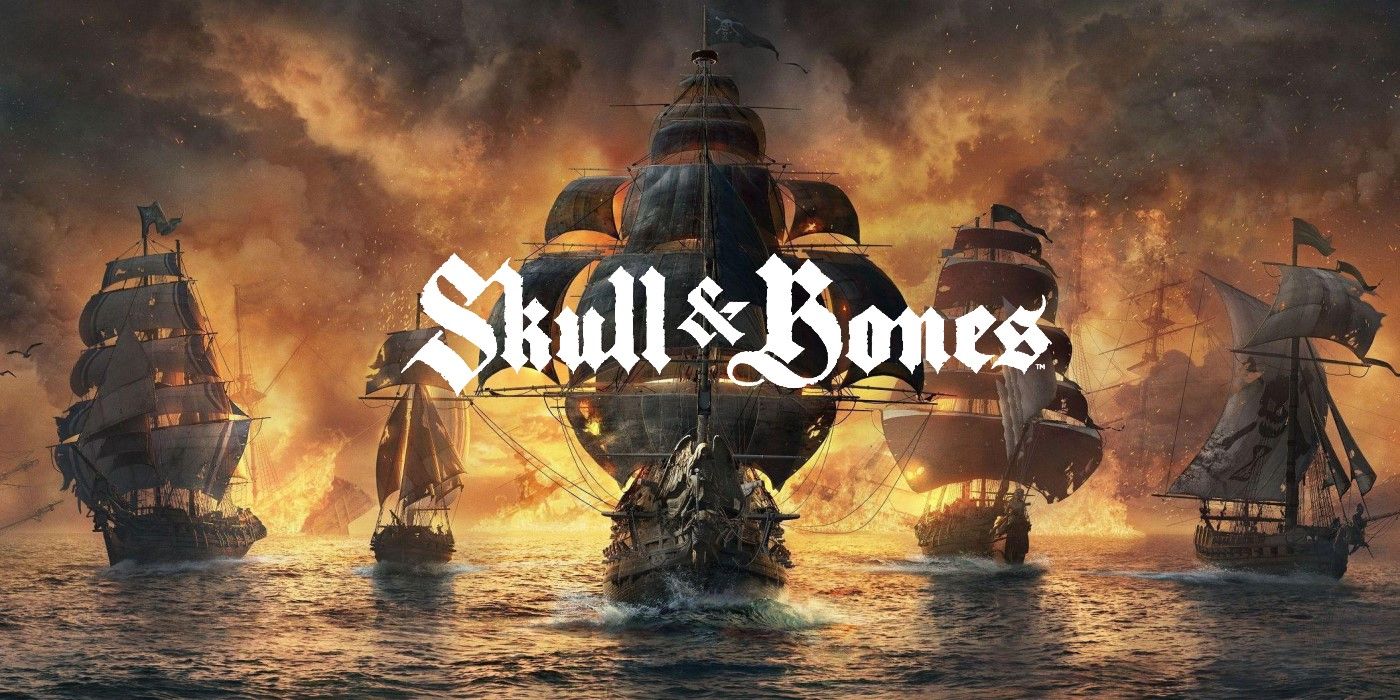 Skull and Bones differs from Sea of Thieves in several ways. Ubisoft is well-practiced in the art of creating expansive, believable historical open worlds, and combining this touch with Skull and Bones’ customizable captain mechanic could mean a much more invested player-base. After all, the game’s slogan is “from underdog to Pirate King.” In Rare’s pirate game, elevating a player to a level like this is impossible, as even the most violent and aggressive Reapers in the Sea of Thieves only maintain their reign of terror for one session. Players have to restart these streaks every time they log on to be a swashbuckler.

Skull and Bones does seem to be incorporating some RPG elements, again by the last few updates on it. Specifically, the game is said to include a fully customizable pirate captain and progression system. This progression apparently ties into players’ affiliation with different pirate fleets. By incorporating RPG elements to a game with a deliberately realistic “Golden Age of Piracy”, Skull and Bones has an opportunity to pivot the direction of future pirate games. In particular, it can focus on the emergent properties of a shifting Seven Seas, as well as a potentially more serious tone.

How Are Indie Pirate Games Reshaping The Genre?

With many delays and long periods of developer silence, Skull and Bones still has no official release date. Recently, Ubisoft announced that Skull and Bones will not release until at least 2022. Fortunately for fans of pirate games, the buck does not stop with triple-A developers. Indie pirate games are as plentiful as decorative grog mugs in Sea of Thieves, and might have their own designs for the future of virtual swashbuckling. Some of these independently developed titles have humble team sizes, but manage to accrue tens of thousands of dollars in crowdfunding campaigns, which would imply a lot of enthusiasm towards a particular type of piratical adventure.

Salt 2: Shores of Gold was the latest Kickstarter project from Lavaboots Studios. The campaign comfortably made its 30,000 dollar fundraising goal, and now anticipates a Fall 2021 release. With similar lo-fi, cartoonish graphics as Sea of Thieves and some impressive lighting effects, its open waters seem rather inviting. Being able to raise over $35,000 for an indie open world title demonstrates the role indie developers will play in the future of pirate games. Interestingly, the game uses procedural world generation, which sets it apart from both high-profile piratical peers.

Ultimately, it seems like the future of pirate games is a focus on RPG-style progression mechanics and large, changing worlds. While Sea of Thieves is very dynamic during play, its overall environment is much more static. Skull and Bones promises a vision of the Seven Seas that moves and fluctuates due to player actions: a vision for future pirate games reinforced by incredibly popular upcoming indie titles.

Skull and Bones is in development.