Mary Jane might be the love of Peter Parker’s life, but Spider-Man and Black Cat share a complicated, potentially toxic romantic history.

You Are Reading :Sorry Mary Jane How SpiderMan & Black Cat Fell In Love 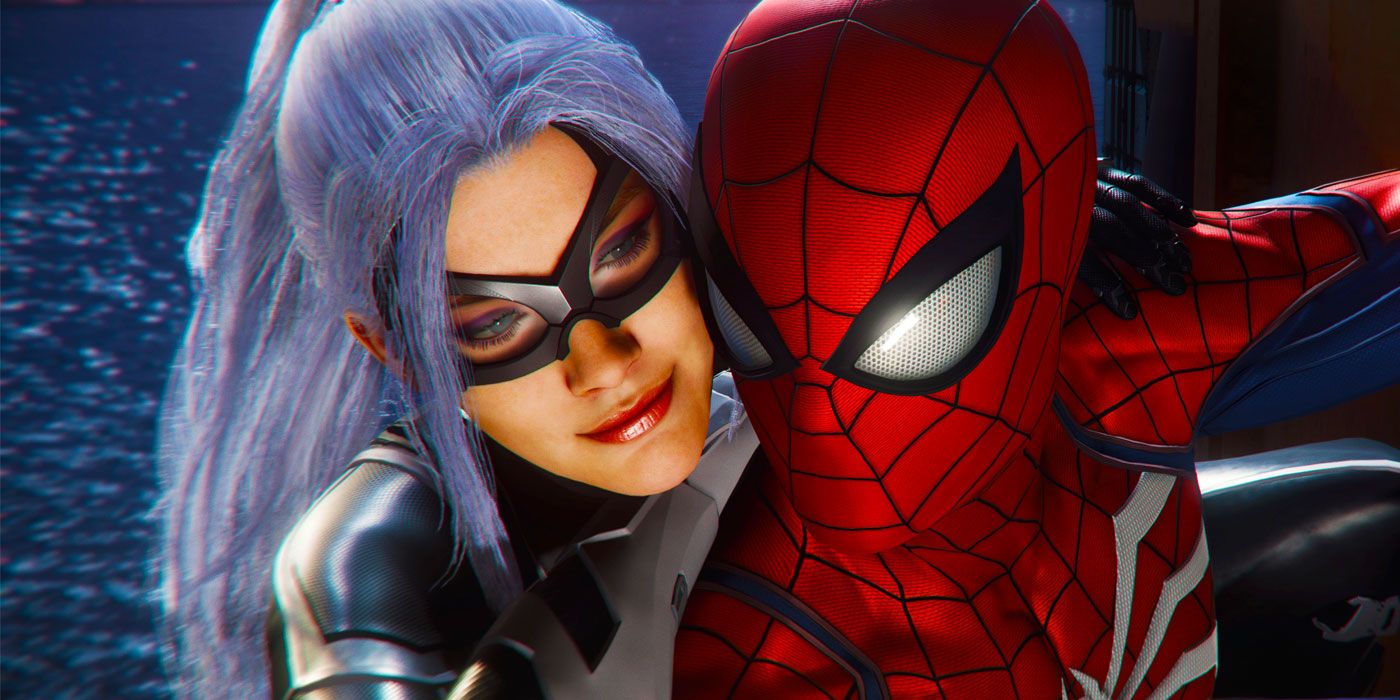 Spider-Man has multiple love-interests, but most conversations about Peter Parker’s best girl center around two characters: Gwen Stacy and Mary Jane Watson — Peter Parker’s first serious love and his wife. These are undeniably the women who mean the most to Peter. However, discussions of his love life often discount Felicia Hardy, more commonly known as the Black Cat.

Many fans incorrectly discount Black Cat as Marvel’s answer to Catwoman. However, while Selina Kyle and Felicia Hardy have much in common, they’re drastically different — especially when it comes to their romance with their male hero counterparts. Digging into the comics and various alternate versions of Black Cat makes it clear that Felicia’s love for Peter — and vice versa — was sometimes a salve and sometimes a toxic, painful thing. 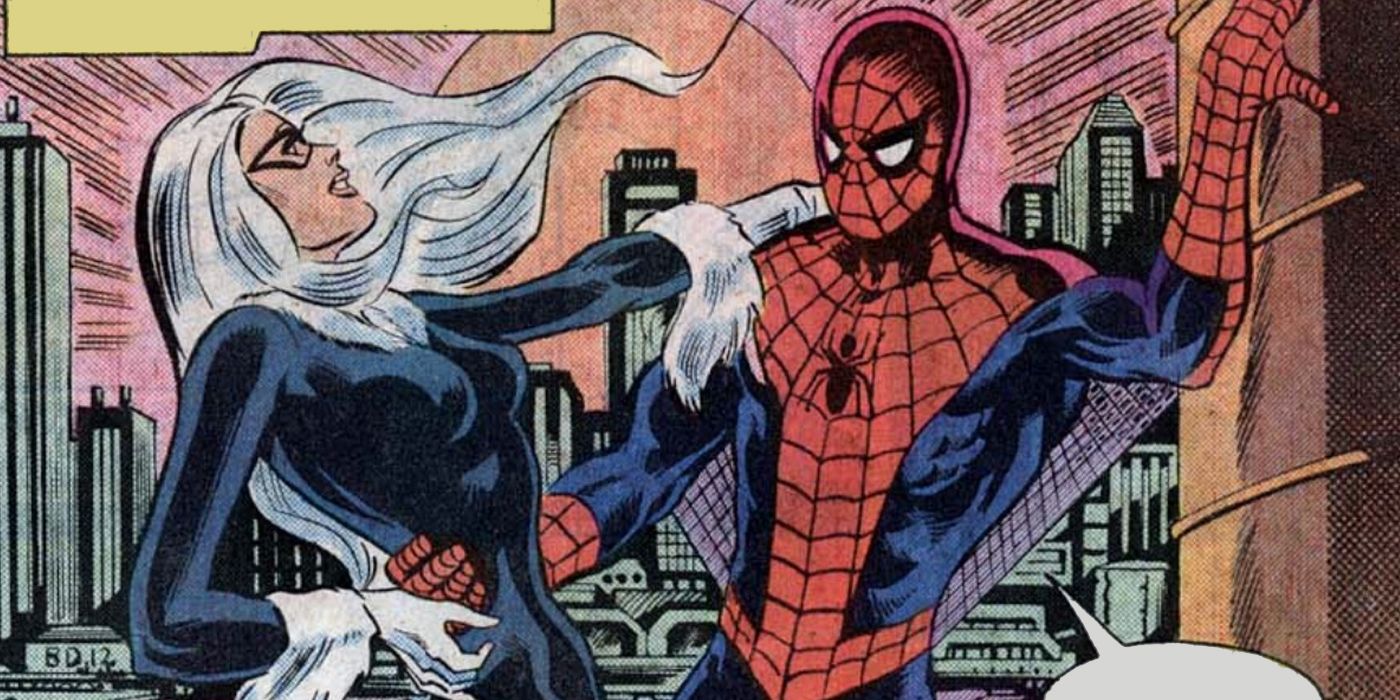 Felicia is the daughter of noted cat burglar Walter Hardy. When Felicia was in college, her then-boyfriend assaulted her. Refusing to ever feel like a victim, she trained in martial arts specifically to kill him. Drunk driving did the job for her, leaving her without an outlet for all that passion and training — until she turned to burglary.

Trained by her father’s mentor the Black Fox, Felicia amassed a small fortune of stolen goods before she went to spring her father from prison. During the mission, she encountered Spider-Man. At this point, her feelings toward men ranged from apathy to rage. Still, she felt immediately attracted to Spider-Man and wanted to at least draw him in. She did this by at first stating a desire to go straight, before revealing what she really wanted was for Peter to join her as a burglar. Naturally, Peter — who had actually tried to win her amnesty for her crimes — wasn’t exactly pleased with this turn.

Black Cat later got entangled in the crime wars between Kingpin, the Owl, and Doctor Octopus. It was after saving her life from Octavius that Peter realized how deeply he cared about her well-being: He was starting to fall in love with her. However, when he revealed his secret identity, Felicia seemed to struggle with the idea that Peter Parker was the person under the mask, having fallen in love with the persona of Spider-Man more than Peter. 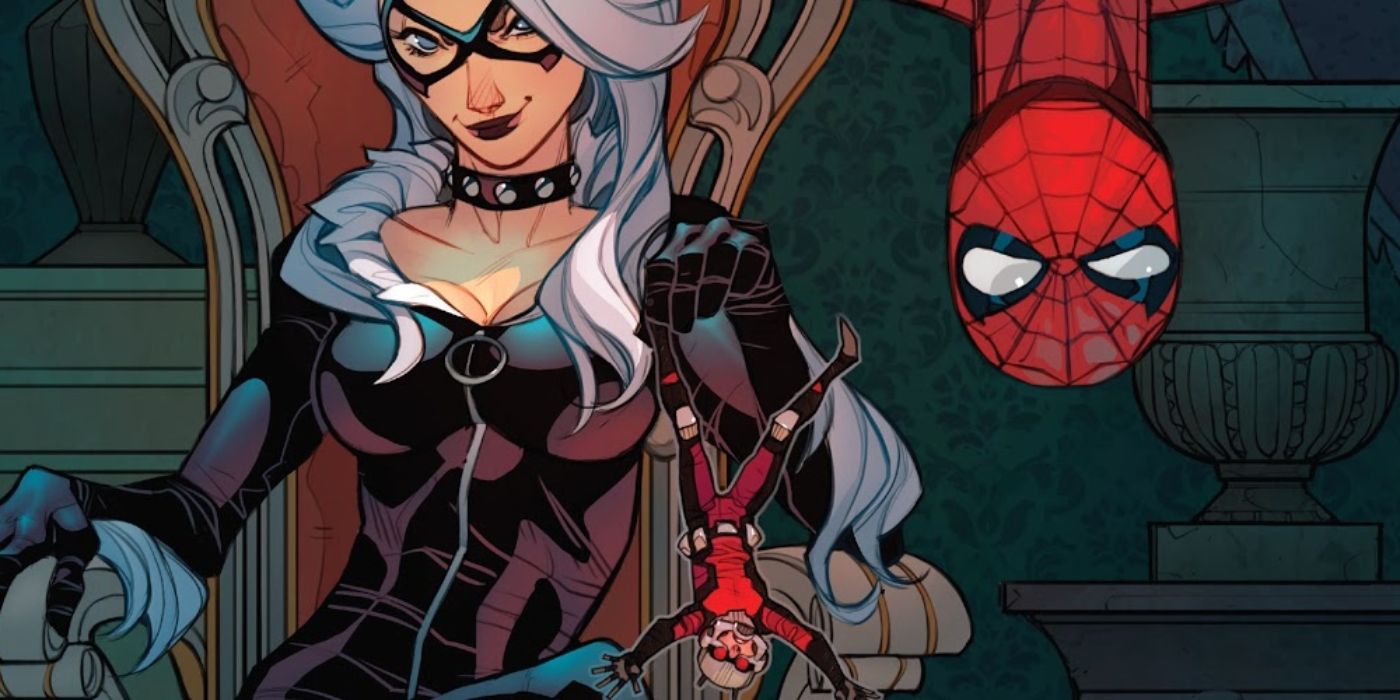 As the two started dating, it became clear that Felicia was fairly toxic. Peter opened up to Felicia, happy to have someone with whom he could finally share his deepest secrets. Meanwhile, Felicia began to keep more secrets. While Felicia did try to do the hero thing more and more, she still went to Kingpin when Peter disappeared during Secret Wars in order to make herself Spider-Man’s equal, using Kingpin’s technology to gain “Jinx” powers.

Frustrated by how many secrets Felicia was hiding from him, like her new powers and continued crimes, Peter broke it off. This was probably not the best idea; Felicia was going to break up with Peter to protect him from her jinx powers, but since he ended things first, she used them on him. Peter went to Doctor Strange to remove said abilities, which managed to grant Felicia incredible strength and claws rather than bad luck. The two rekindled a relationship after this — or, at least, so it appeared.

In actuality, Felicia was bitter about Peter breaking up with her and set up a plot to get revenge. However, Felicia realized she still deeply cared about Peter and that her toxicity was a problem. She went to Europe to give Peter and herself space, which left Peter open to rekindling a far healthier relationship with Mary Jane.

Black Cat returned from Europe to see Peter at his apartment, instead encountering Venom. Venom savaged Black Cat both physically as well as emotionally when he casually mentioned, after beating her to a bloody pulp, that Peter was married.

Felicia re-entered Peter’s social circle by dating Flash Thompson, enacting yet another petty revenge scheme against Peter that fell apart when Flash, like Peter, felt alienated by Felicia’s tendency to keep secrets. From there, Peter and Felicia mellowed out a bit, forming an intimate friendship.

Black Cat continued to team up with Spidey, Flash Thompson, and even Eddie Brock on multiple occasions in the future, sometimes being a crime kingpin or a lone vigilante, but always the same Cat. 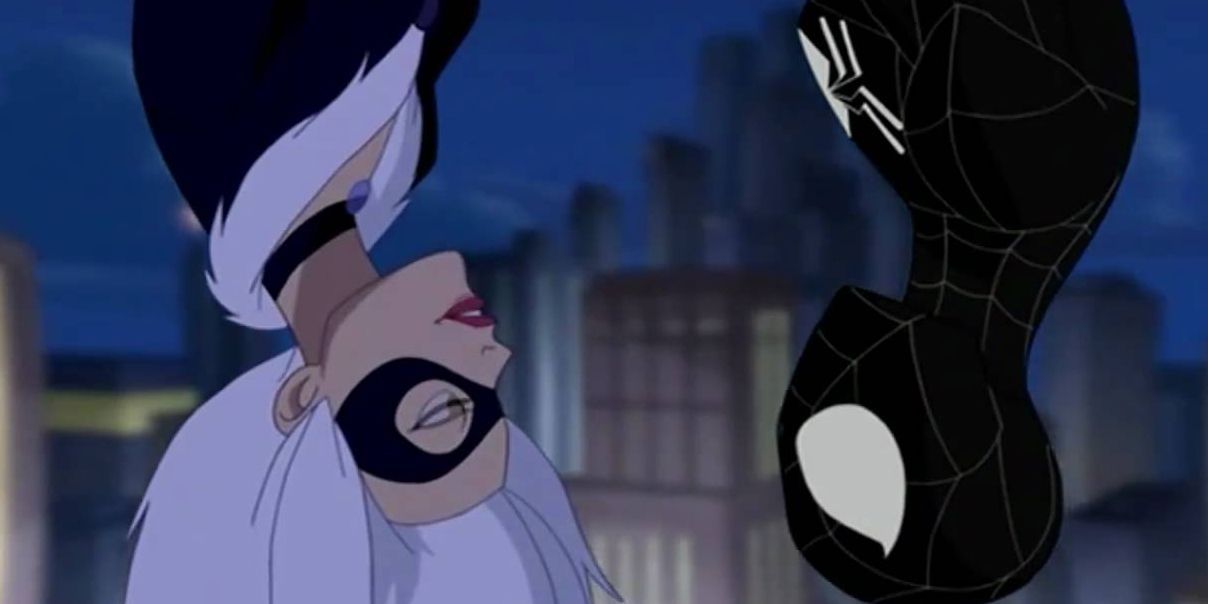 There are multiple alternate versions of Spider-Man and Black Cat that have added layers to their relationship. Many adaptations, like the Spectacular Spider-Man cartoon, establish Black Cat as an elusive burglar with an attraction to Spider-Man. The Ultimate Spider-Man comics takes this a step further by having Felicia be far older than Peter, only to be physically ill when she realizes she kissed an underage boy.

Spider-Man: The Animated Series spends a great deal of time with Felicia as Peter’s friend. She has continuous rotten luck, including almost marrying the Hobgoblin, before entering a life of crime. She also flirts with Peter when Mary Jane appears to be lost in another dimension. However, this iteration of Black Cat turns to the light far faster than most.

Insomniac’s Marvel’s Spider-Man game and the comic adaptation of its The City That Never Sleeps DLC, Spider-Man: The Black Cat Strikes, explores their relationship further. Felicia manipulates Peter with a sob story about a son, before faking her death. Peter sees Black Cat’s continuous draw toward crime as an inner darkness from which he can’t protect her. He feels personally obligated to save Felicia from herself, taking responsibility for her actions. This toxic mindset showcases why Peter and Black Cat are not good for one another, since, despite their mutual attraction and understanding, Black Cat causes Peter undue pain.