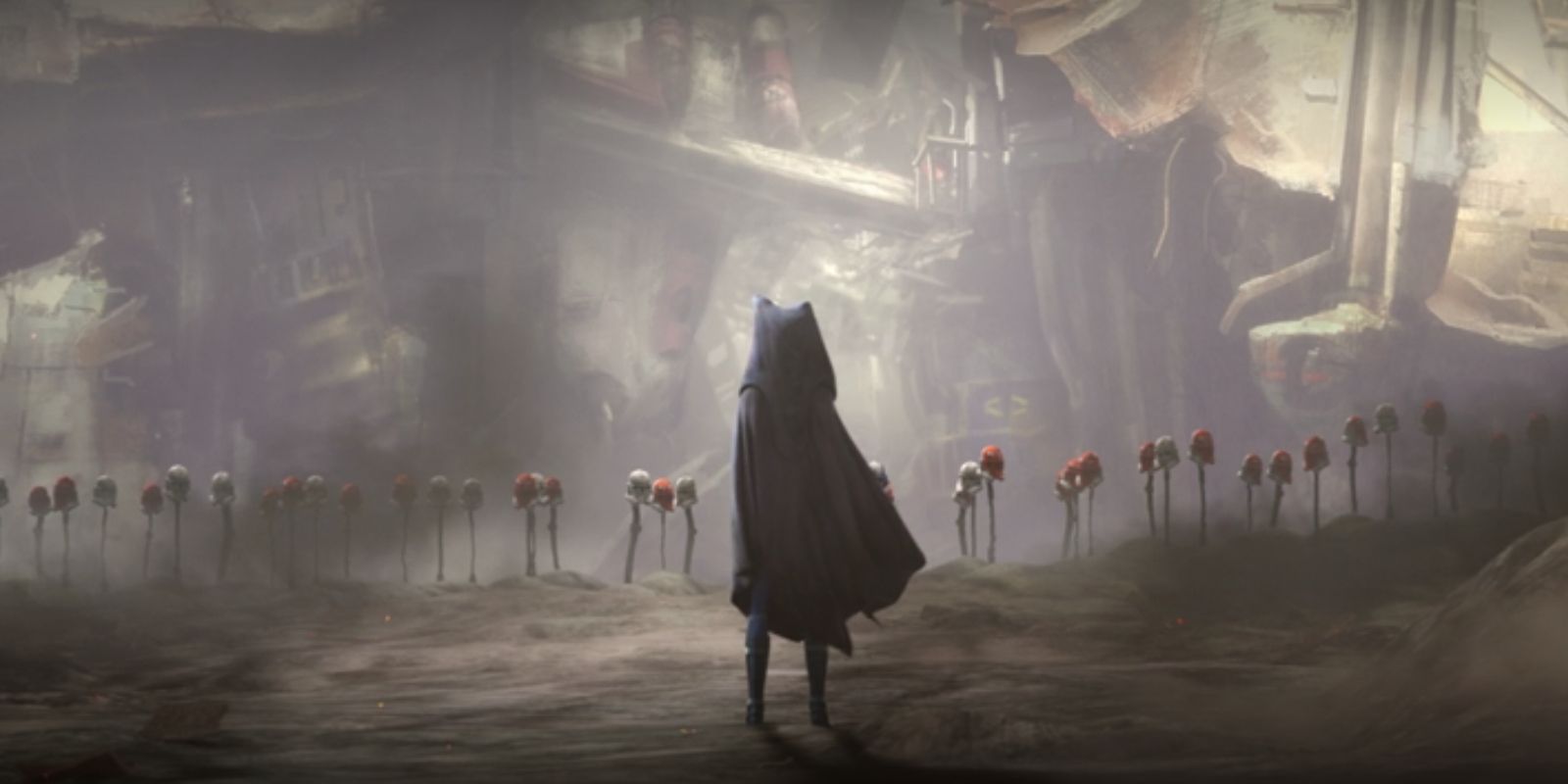 Star Wars: The Essential Clone Wars Episodes For Fans of The Bad Batch

You Are Reading :Star Wars The Essential Clone Wars Episodes For Fans of The Bad Batch 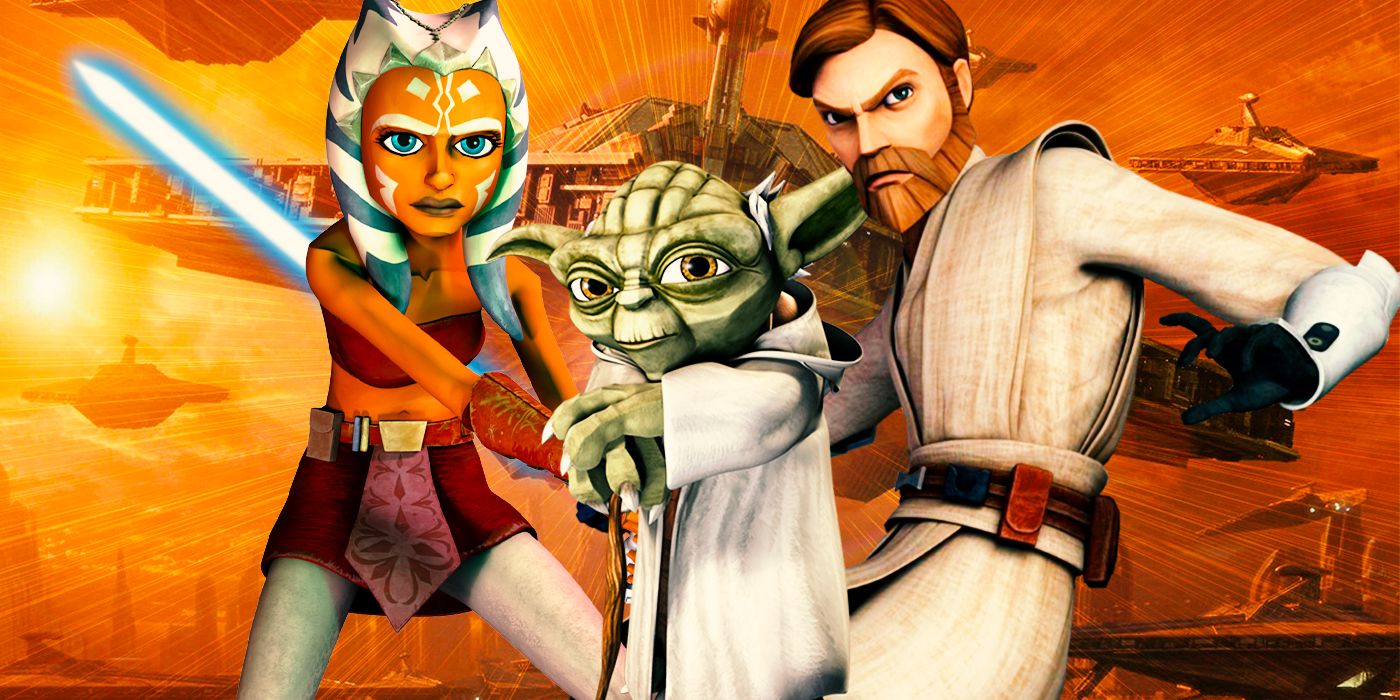 The Clone cadets arc introduces Echo and the rest of the Domino Squad, and the arc also gives more insight into life on Kamino for the average Clone. The arc also subtly shows how the Clones are being treated as disposable if they do not meet a certain standard. The arc shows Echo’s progression from cadet to ARC Trooper, but the arc also introduces 99, a Clone who has been deemed “defective” but truly is a hero in his own right. While the team does not really mention 99 in Star Wars: The Bad Batch, he is Clone Force 99’s namesake. While “Rookies” aired first as the fifth episode of Season 1, the chronological viewing order for this arc is “Clone Cadets” (Season 3, Episode 1), “Rookies” (Season 1, Episode 5) and then “ARC Troopers” (Season 3, Episode 2.

“Liberty on Ryloth” Introduces Cham Syndulla and the Ryloth Resistance 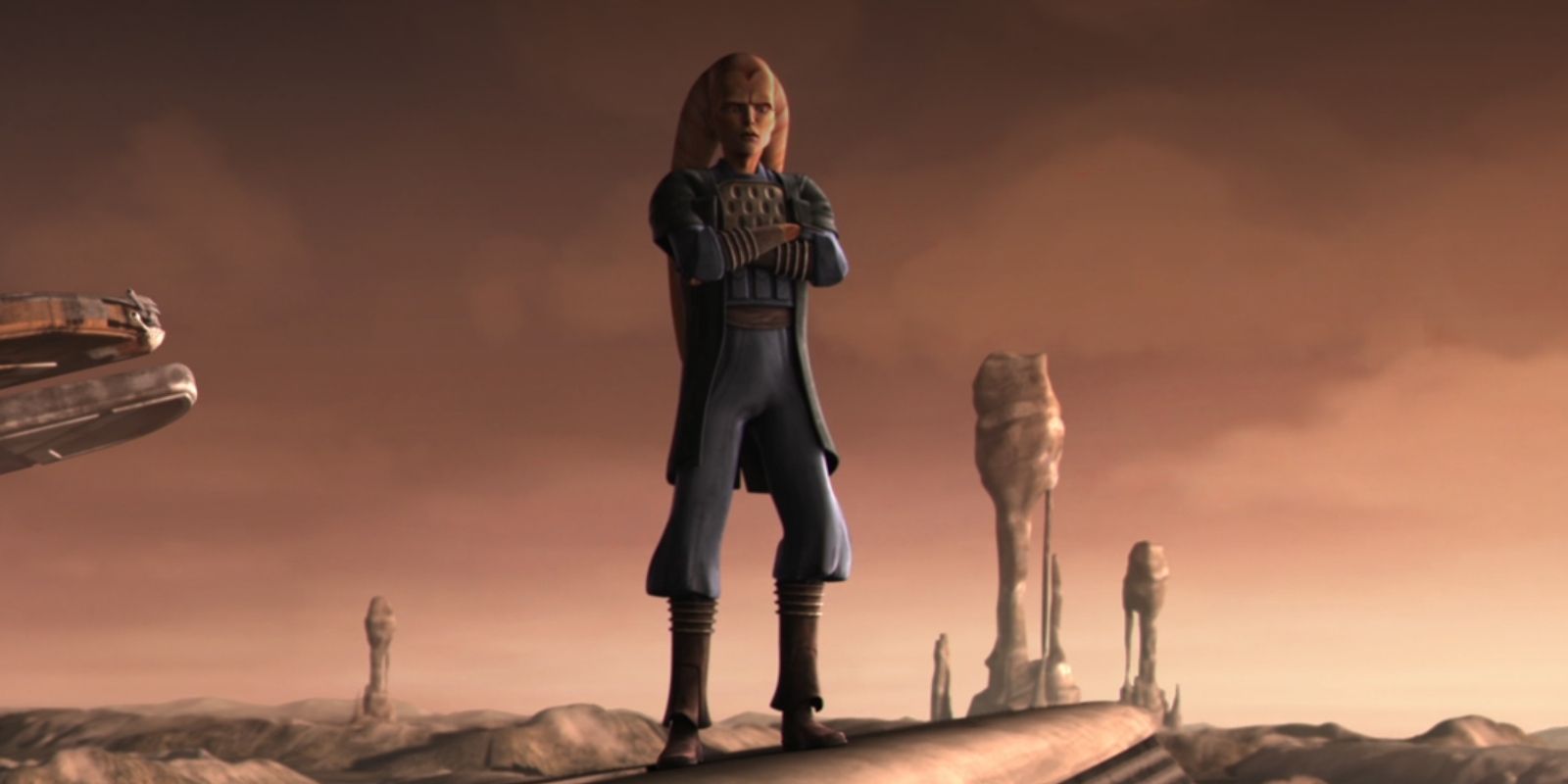 In “Liberty on Ryloth,” Mace Windu must convince Cham Syndulla and his fellow resistance fighters to join with the Republic forces to free Ryloth from Separatist control. The episode, which is Season 1, Episode 21, shows Cham’s leadership, and it also elaborates on why some citizens of the galaxy might be wary of seeking aid from the Republic in the first place. The episode also introduces the conflict between Cham and Senator Orn Free Taa, which continues in Star Wars: The Bad Batch as well. While Hera Syndulla is not seen in this episode, “Liberty on Ryloth” does provide a glimpse into her father’s leadership style during the Separatist occupation of Ryloth. 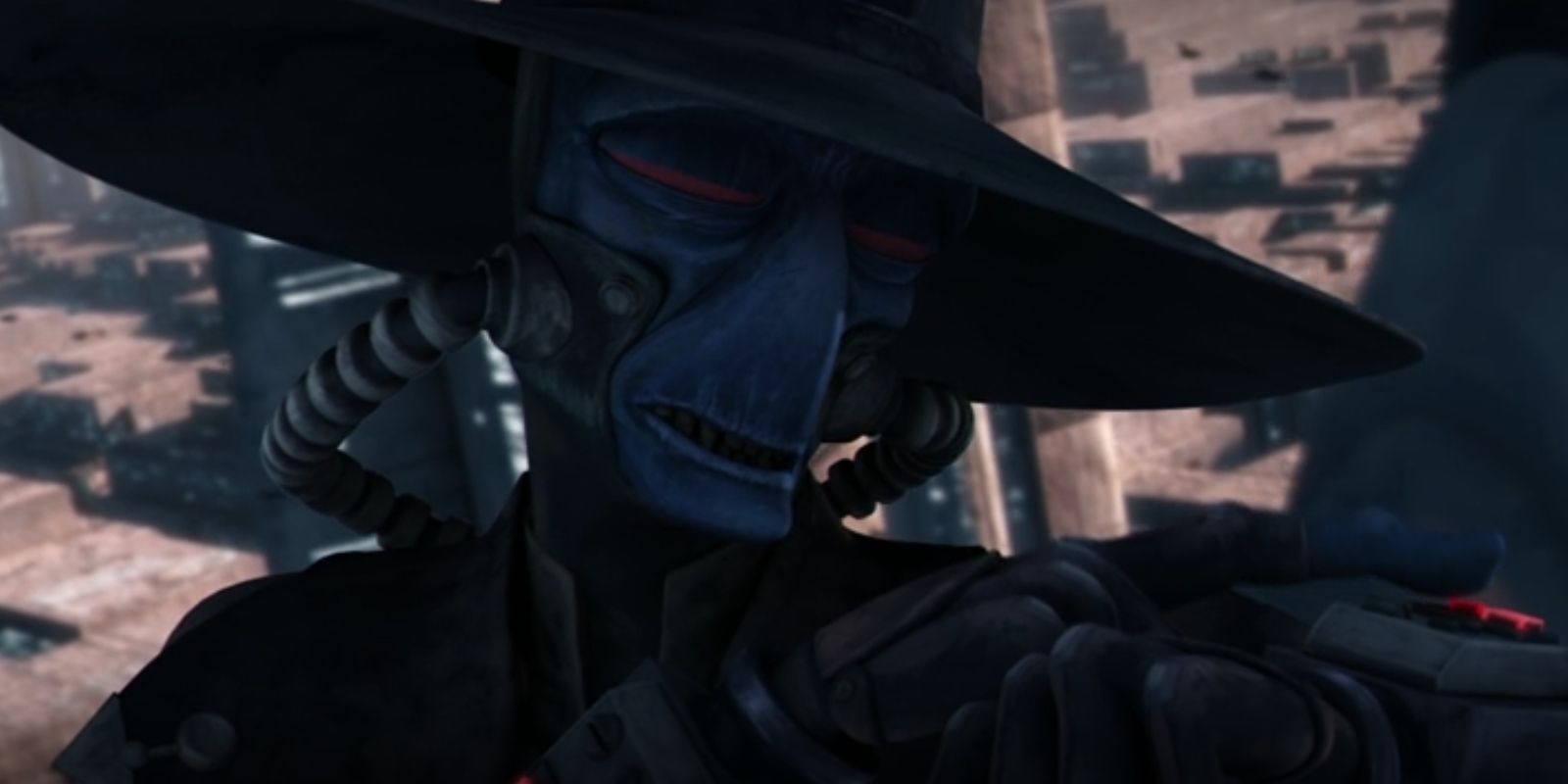 “Hostage Crisis,” the first season finale, is technically part of a larger arc, but it works as a standalone as well. In a homage to Die Hard, Cad Bane and his crew take over the Republic Senate Hall and take multiple senators, such as Padmé Amidala, hostage to demand the release of Ziro the Hutt, and Anakin Skywalker must try to free the hostages and put an end to the crisis. The episode shows Cad Bane’s cleverness and ruthlessness in equal part and exemplifies why he is such a formidable foe.

“Deserter” Introduces the Lawquane Family and Alternate Options for Clones 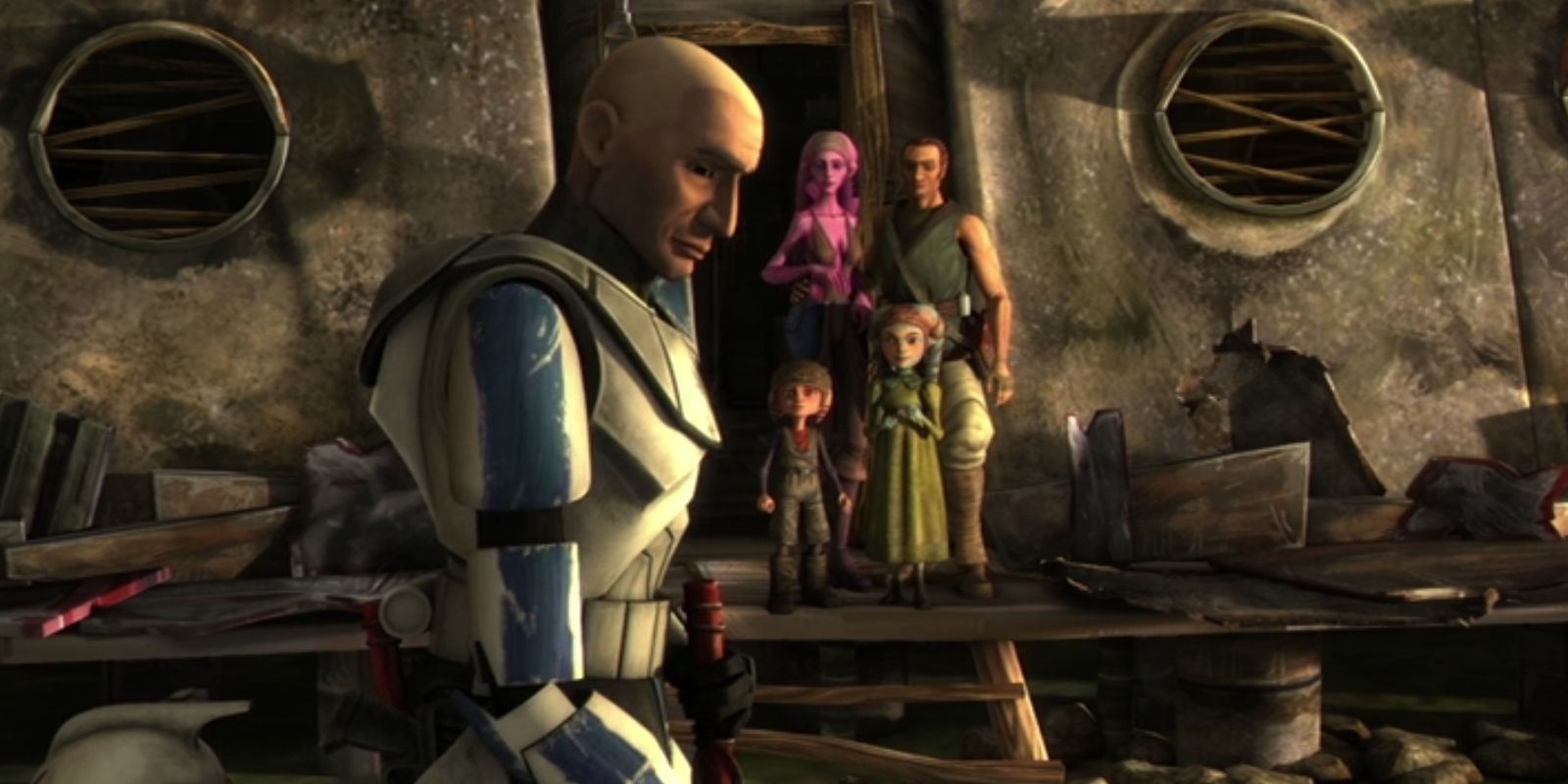 While “Deserter,” the tenth episode of Season 2, is also technically part of a larger arc, the episode itself works as a standalone. In the episode, Captain Rex is injured on Saleucami, and he convalesces with the Lawquane family. At first, there is tension between Rex and Cut due to Cut’s deserter status, but by the end of “Deserter,” Rex has gained a great deal of respect for Cut. The episode is an excellent character study of Rex and allows him to begin exploring his own identity as a Clone and a soldier. “Deserter” also shows that Clones could and should have more choices than they are granted in The Clone Wars. 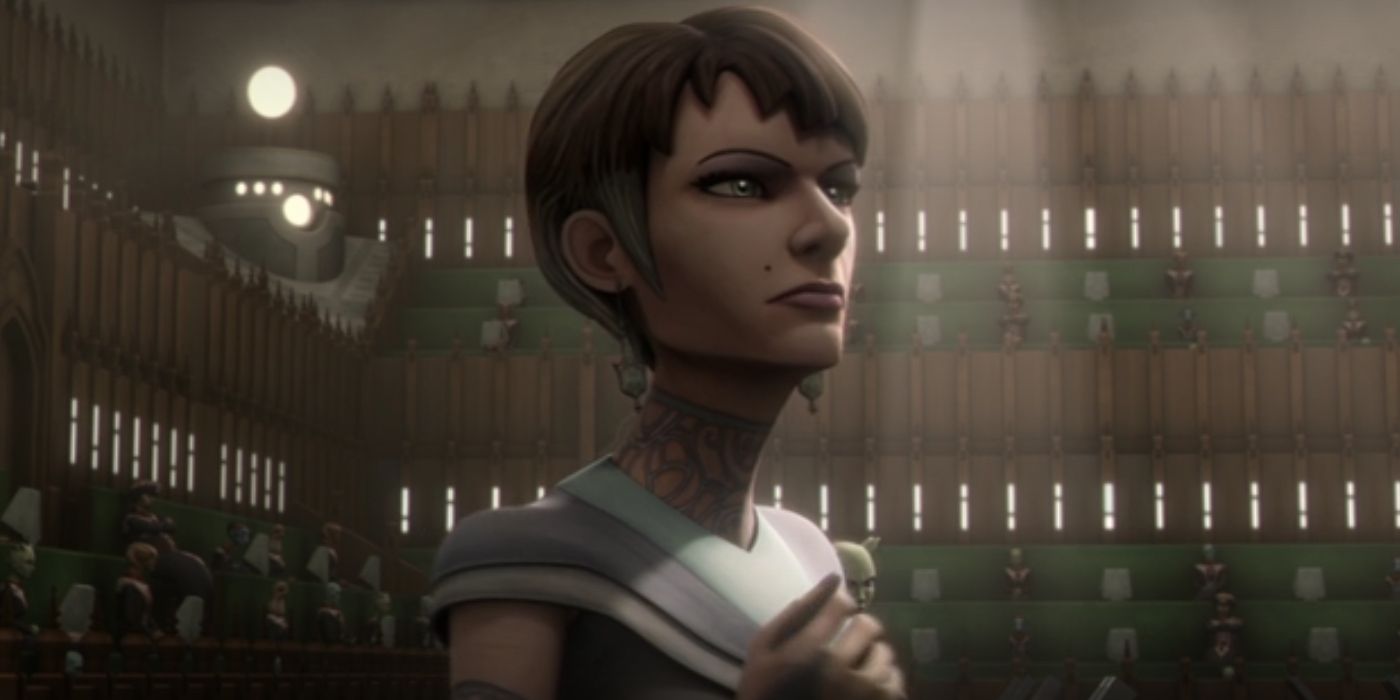 In “Heroes on Both Sides,” Season 3, Episode 10, Senator Padmé Amidala attempts to negotiate peace with the Separatist Senate with the aid of her old friend, Separatist Senator Mina Bonteri. The episode seeks to humanize the other side of the war and, while it works as a standalone, is part of a larger arc focusing on Padmé Amidala and her allies’ ultimately futile attempts to find better solutions to handling the conflict. While Padmé and Mina Bonteri’s attempts end in tragedy, “Heroes on Both Sides” still provides a more nuanced look at the conflict between the Republic and the Separatists and reveals, to the viewer at least, that both sides are being manipulated by the same forces. While the episode does not include Separatist Senator Avi Singh, it does provide important context for his character and his role on Star Wars: The Bad Batch. 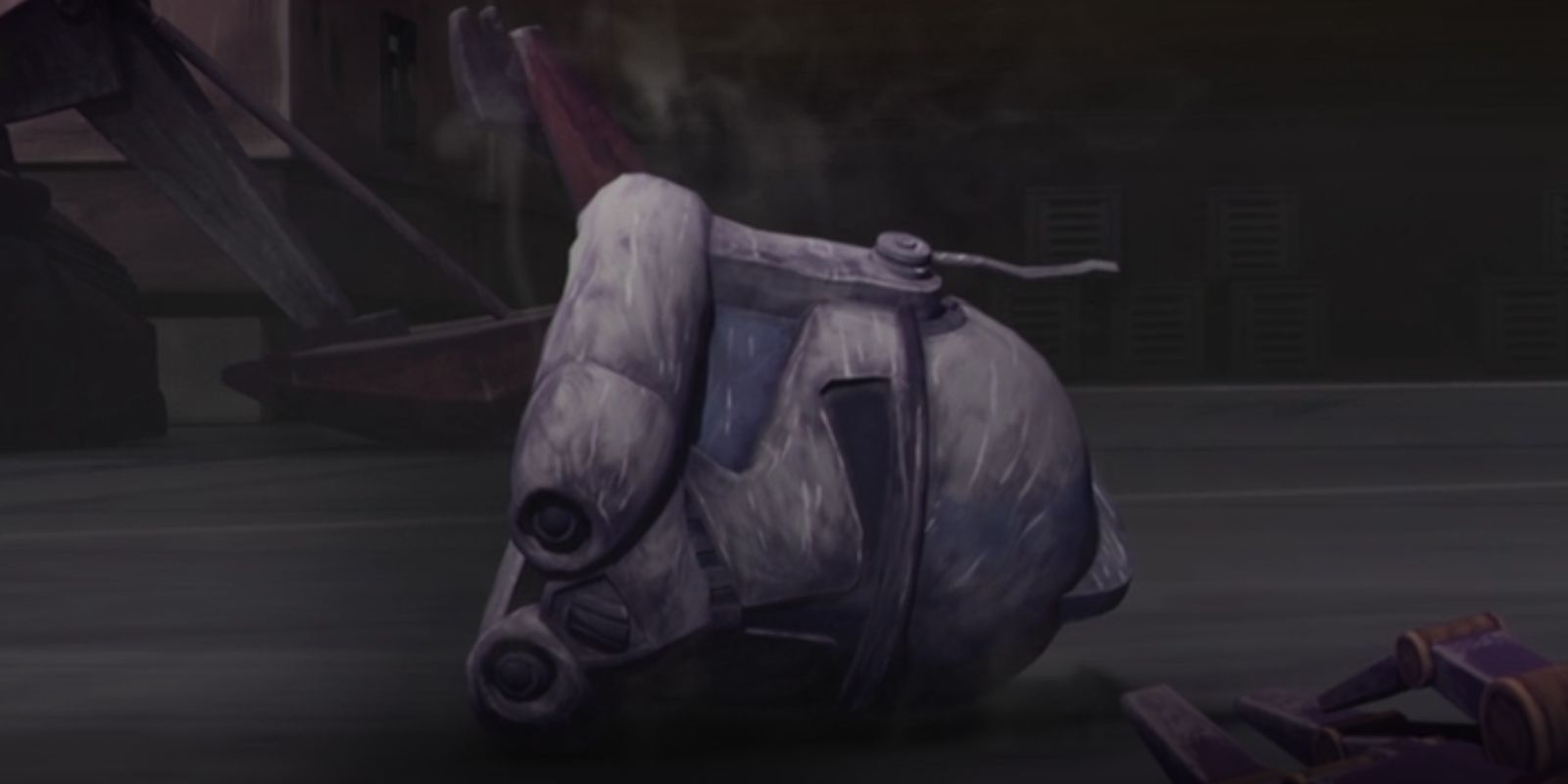 The Citadel arc is pivotal to both Star Wars: The Clone Wars and Star Wars: The Bad Batch for multiple reasons. The arc focuses on an elite team trying to free Jedi Master Even Piell and his crew from a prison designed for Jedi. During the rescue mission, many lives are lost, and Echo is presumed dead after he is involved in an explosion. The arc also marks Wilhuff Tarkin’s first appearance in Star Wars: The Clone Wars and sets up Tarkin’s animosity toward Clones. This animosity is a key factor in the Star Wars: The Bad Batch premiere and guides the Empire’s actions throughout the series. The arc begins with “The Citadel” (Season 3, Episode 18), and continues into the following two episodes, titled “Counterattack” and “Citadel Rescue,” respectively. 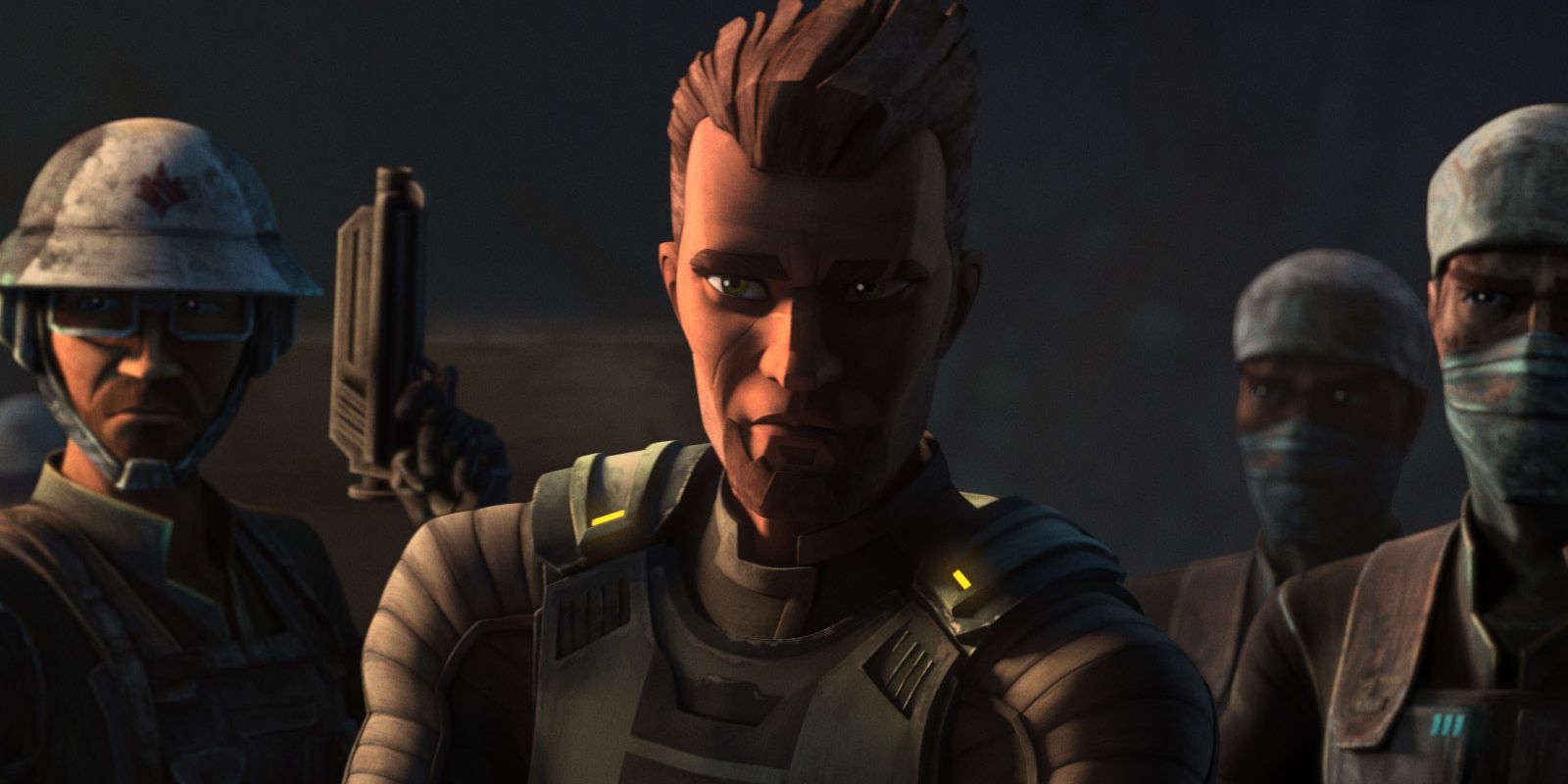 The Onderon arc introduces both Saw Gerrera and his sister, Steela Gerrera. The arc focuses on Ahsoka Tano’s work with the resistance on Onderon, which is not officially affliated with the Republic or the Jedi. While Steela is the true leader of the resistance, the arc also shows Saw’s leadership style, both his impulsiveness and his ability to connect with others and convince them to join his cause. The arc ends on a bittersweet note; Steela dies, but Onderon is freed, at least temporarily. This arc provides background for Saw and also shows the events that influence his own leadership style within Star Wars: The Bad Batch. The arc begins with Season 5, Episode 2, “A War on Two Fronts,” and continues into subsequent episodes “Front Runners,” “The Soft War” and “Tipping Points.” 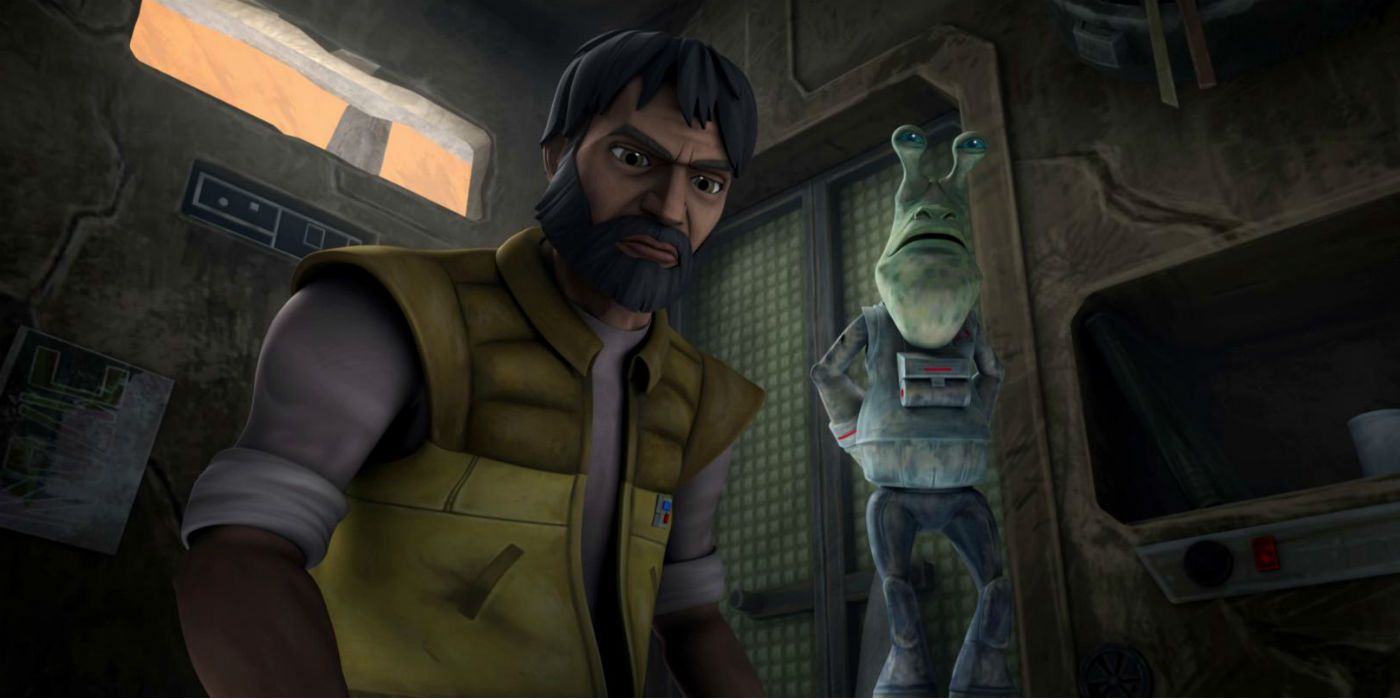 Season 5, Episode 12, “Missing in Action,” is a part of the larger D-Squad arc that focuses on Colonel Meebur Gascon and his leadership of the D-Squad, a squad of droids. For fans of Star Wars: The Bad Batch, this episode is significant because it introduces Clone Captain Gregor to the series. In the episode, Gregor is working at a diner on Abafar because he has amnesia and does not remember being a soldier. Throughout the course of “Missing in Action,” Gregor regains his memories and works as a distraction to help Gascon and the D-Squad. Between this episode and Star Wars: The Bad Batch, it is clear that Gregor also escaped Abafar and rejoined with the Republic army. “Missing in Action” may provide context for Gregor’s sense of humor and for his own resistance to the inhibitor chip; the injury that gave him amnesia may also have damaged his chip as well.

See also  World Of Warcraft Confirms That Chromie Is Transgender

The Inhibitor Chip Arc Foreshadows Order 66 and Ends in Tragedy 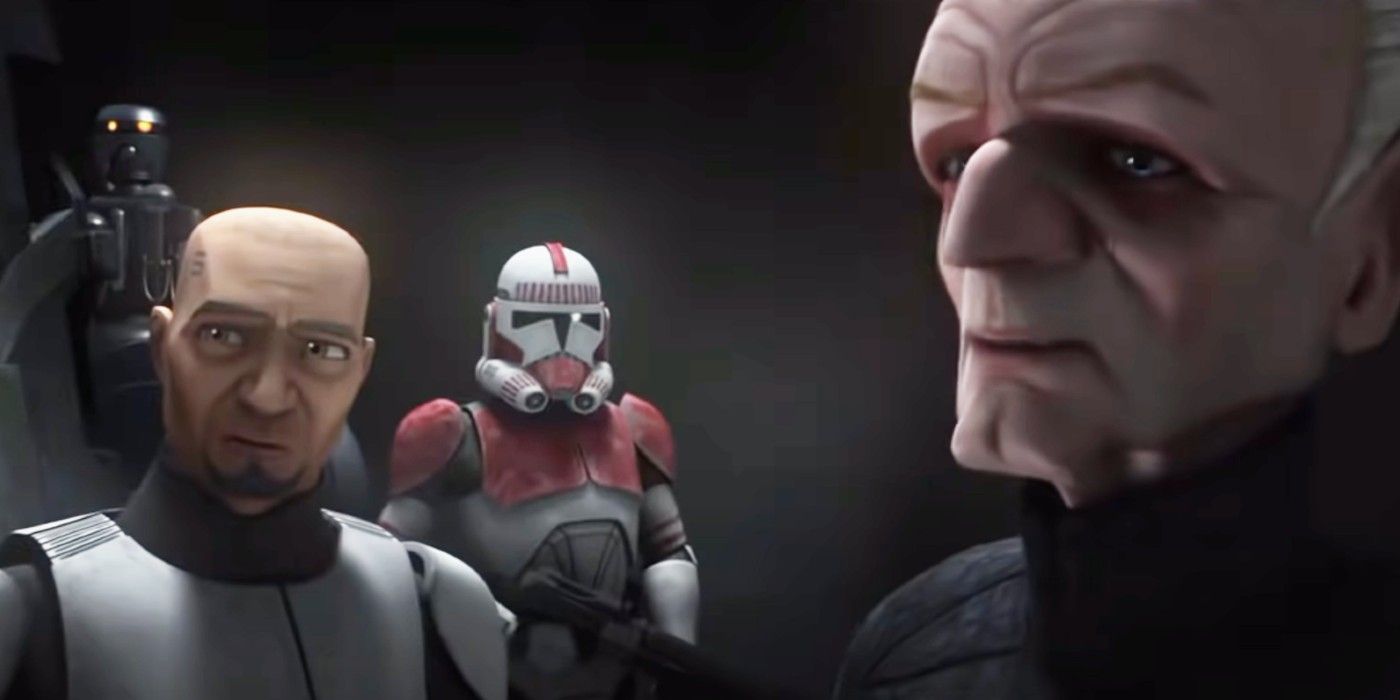 The Inhibitor Chip arc, which begins Season 6 focuses on ARC-Trooper Fives’ discovery of the inhibitor chips in all Clones, and his attempts to warn the Jedi end in his tragic assassination. In this arc, Fives works with AZI, who also appears in Star Wars: The Bad Batch, as he investigates the chips and tries to identify their purpose. The arc also shows that the Kaminoans have been duped into believing that the chips are failsafe protections against rogue Jedi, but it also shows how ruthless, the Kaminoans, and Nala Se in particular, can be when protecting their goals. While Fives does not survive, his research ultimately saves Captain Rex and helps Rex save Clone Force 99 from their inhibitor chips in turn. The Inhibitor Chip arc includes “The Unknown,” “Conspiracy,” “Fugitive” and “Orders.” 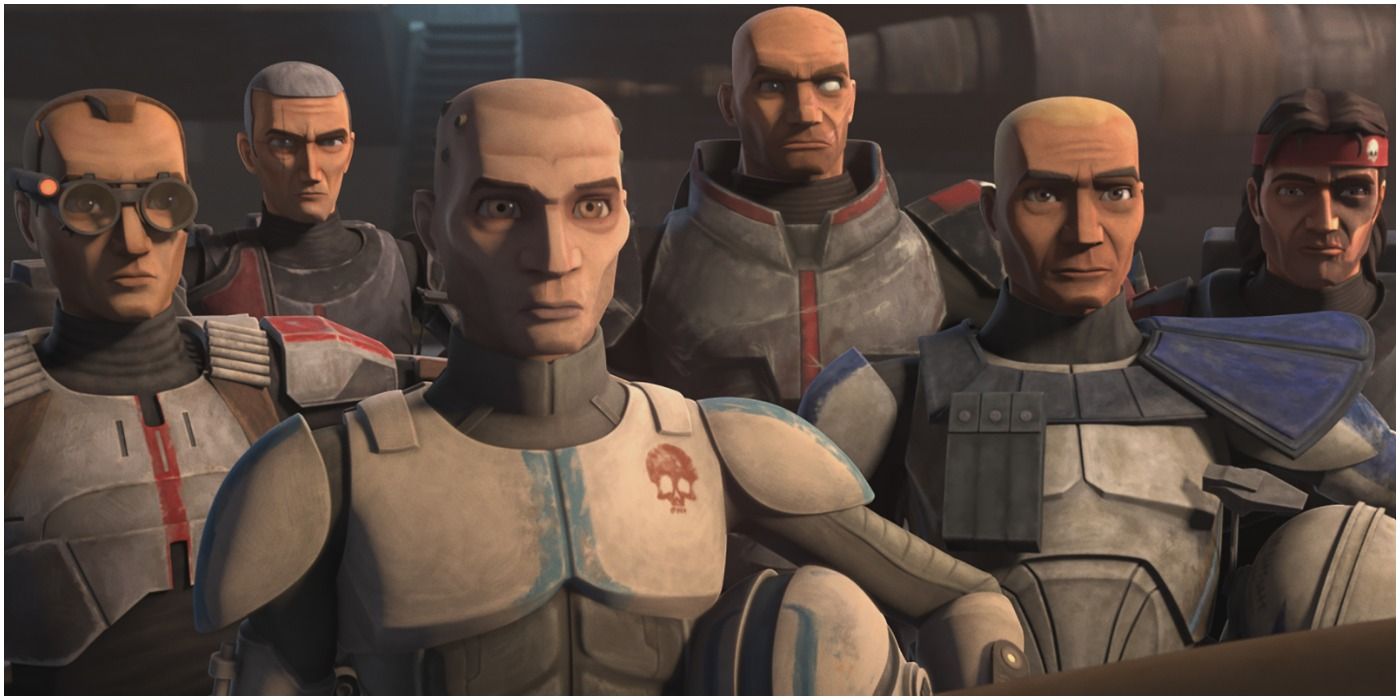 Obviously, the most important arc from Star Wars: The Clone Wars for fans of Star Wars: The Bad Batch is the arc that actually introduces Clone Force 99 themselves. Kicking of Season 7, The Bad Batch arc includes The Bad Batch,” “A Distant Echo,” “On the Wings of Keeradaks” and “Unfinished Business” and served as a backdoor pilot for the team’s own series. The arc focuses on Rex’s discovery that Echo may actually be alive, and Clone Force 99 is brought in, first to help Rex free Echo, and then to help liberate Anaxes from Separatist control. The arc ends with Echo officially joining the team. 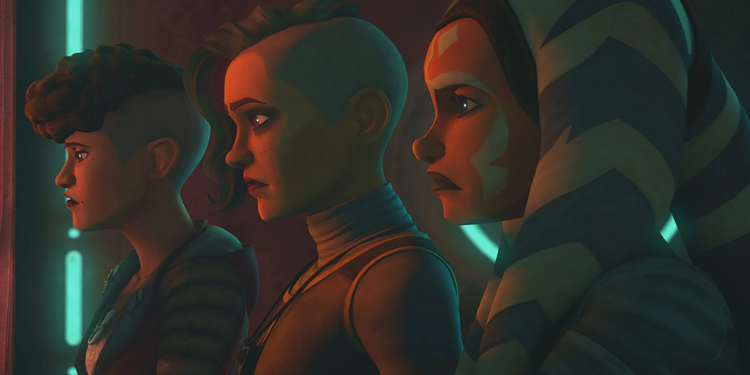 While the Bad Batch arc is the most relevant to Star Wars: The Bad Batch, the rest of Season 7 also is important to the context of the series. The Martez sister arc introduces Rafa and Trace Martez to the Star Wars universe. With Ahsoka Tano, the sisters make a bad deal with the Pykes, and the rest of the arc deals with them figuring their way out of the deal. The arc also sets the groundwork for the sisters’ character growth and shows how the sisters went from being resistant to the Republic to working against the Empire after the Republic’s collapse. These episode also provide an introduction to the Pykes, who also appear in Star Wars: The Bad Batch as well. The arc spans from Season 7, Episode 5, “Gone with a Trace,” to Season 7, Episode 8, “Together Again.”

While “Aftermath,” the Star Wars: The Bad Batch series premiere, also shows the effects of Order 66, the finale arc shows Captain Rex’s experience with the order. This arc starts in Season 7, Episode 9, and runs until the series finale. While Rex initially is affected by Order 66, Ahsoka Tano is able to use the information from Fives to save him, and Rex later uses this information to help the majority of Clone Force 99 as well. In addition to being a tragic end for Star Wars: The Clone Wars, the finale arc also sets up important context for the Imperial takeover of the galaxy. As Clone Force 99 moves into Season 2, they will continue to contend with the effects of the Empire and the new galactic order.