Star Wars Where The First Order Gets Its Troops and Money

Star Wars: Where The First Order Gets Its Troops and Money

In Star Wars, The First Order seems to have vast resources at its disposal, but as an insurgent group without its own economy, how is this possible?

You Are Reading :Star Wars Where The First Order Gets Its Troops and Money 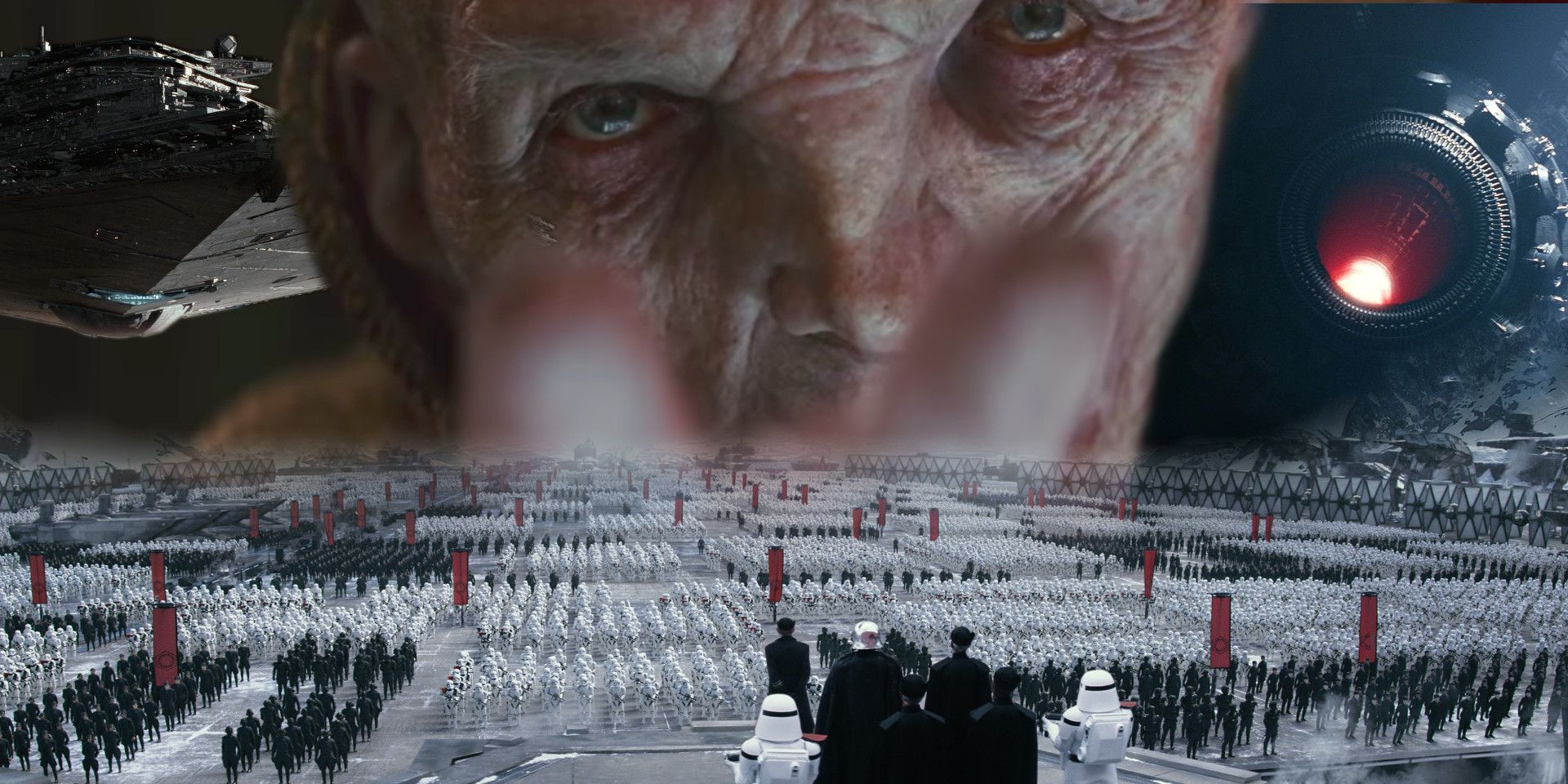 At the end of Return of the Jedi, Star Wars fans saw the Rebel Alliance strike a crippling blow against the Galactic Empire, resulting in the Death of Emperor Sheev Palpatine, the destruction of the second Death Star, along with the Executor and a much of the Imperial fleet stationed at Endor. Of course, Darth Vader also died, moments after his redemption, meaning the Empire, for all intents and purposes, was decimated. The Rebellion had won, and peace could be restored to the galaxy.

However, in 2014, the first trailer for The Force Awakens was unveiled, revealing The First Order. While this new galactic threat isn’t the Empire, it appears conspicuously similar, sporting stormtroopers, TIE Fighters, Star Destroyers, and Starkiller Base. The Empire had indeed been defeated (not at Endor, but at the Battle of Jakku, a short time later), and the Rebellion became the New Republic, ruling for years of relative peace, but The First Order did eventually rise from the ashes of the Empire, obviously maintaining many aspects of its fascist intentions and stark aesthetics.

The biggest difference is that the roles are now reversed. The New Republic is the galaxy-spanning organization at the start of The Force Awakens, and The First Order is in a similar position to the Rebel Alliance in the original trilogy, so why does it seem so much better equipped? Shouldn’t the fact that it no longer occupies the galaxy’s economic powerhouse planets or production centers be a major hindrance to its growth? The First Order boasts armies of stormtroopers, a fleet of Star Destroyers and TIE fighters, a massive superweapon, and The Last Jedi will feature a mega-star destroyer called the Supremacy, so how is this all financed?

Origins of the First Order 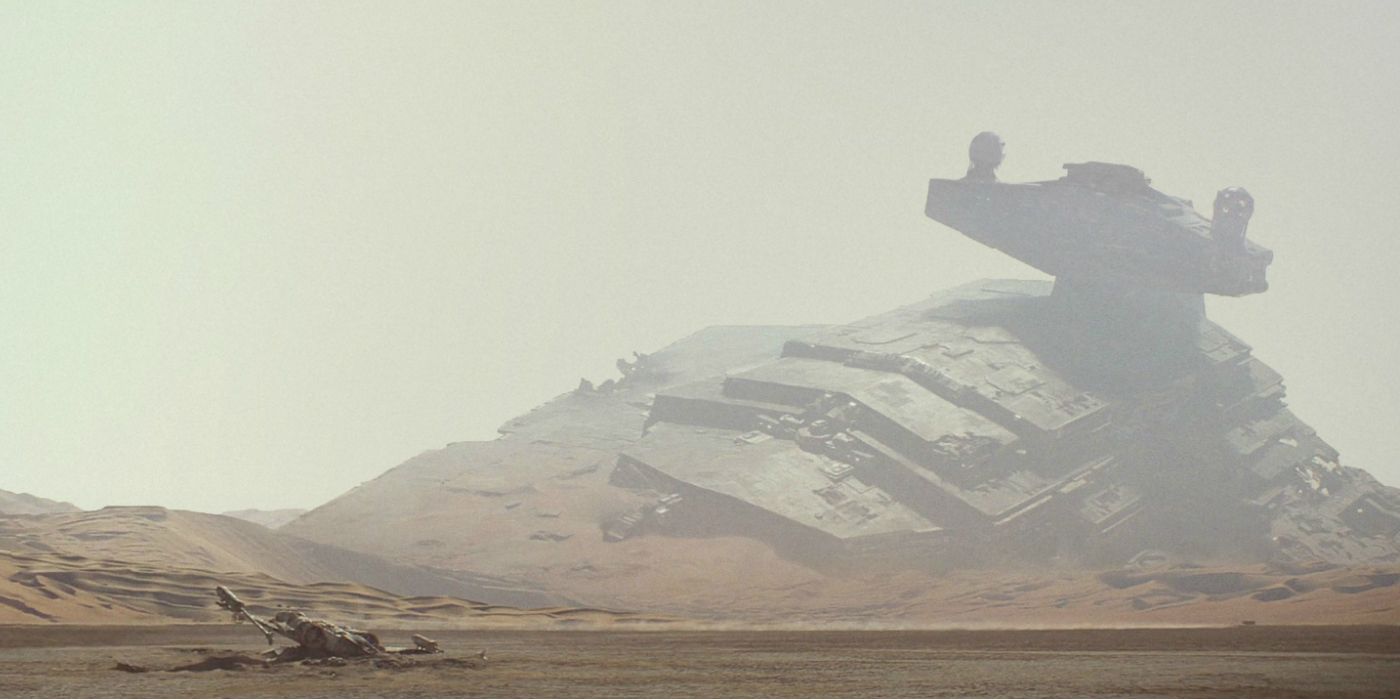 After the Battle of Endor, Emperor Palpatine’s plan, referred to as “The Contingency” went into effect, with the remains of the Empire guided by the mysterious Gallius Rax from Jakku. Abducted as a small boy, Rax was a former slave trained by Palpatine from a young age specifically for the task of shepherding the Empire to its ultimate demise because Palpatine, while overconfident, couldn’t tolerate the idea of defeat, and set forth plans to destroy both the Empire and its opposing force, leaving chaos in his wake.

However, this plan also laid a path to the future. Working closely with Grand Admiral Thrawn, who originally hailed from the Unknown Regions, Palpatine used an outpost on Jakku to map a navigable pathway beyond the edges of the galaxy into unknown space to continue his quest for knowledge and power. He also sensed a deep source of dark power from outside the galaxy, and obviously hoped to claim it for himself.

Related: Star Wars: What Happened At The Battle of Jakku Explained

After the Empire made its last stand at Jakku, the Empire’s top brass abandoned the remaining Imperial forces to be defeated by the New Republic, fleeing into the Unknown Regions where Emperor Palpatine had already stashed some handpicked portions of the Empire, including his own Super Star Destroyer, The Eclipse. Jakku was supposed to explode, fulfilling the last component of The Contingency, but New Republic forces were able to prevent the event, allowing the New Republic to live on as well.

In secret, this last remnant grew and reformed itself into what was eventually The First Order, presumably aided by forces from the Unknown Regions (which is probably where Snoke comes into play), before eventually venturing back into the known galaxy once more to retake it from the New Republic.

Stephen has been writing for the site since 2016 and enjoys all manner of movies and TV, especially when it gives reason to obsess over minor irrelevant continuity minutiae. Stephen has been infatuated with movie magic on screen and off since wearing out his VHS copy of The Making of Star Wars when he was 7. This passion continues in his work as a film journalist, whether it’s hunting down breadcrumbs about the Snyder Cut, breaking down box office trends, or obsessing over Rotten Tomatoes data, Stephen lives in the minutiae, as listeners of his podcast, Batman v Superman: By the Minute (with fellow-Screen Rant editor Andrew Dyce) know all too well. When he’s not writing on the site, Stephen can be found obsessing over vintage camera lenses, chasing his tiny children around, or getting himself into trouble on Twitter @smcolbert. Yes, that’s his real name.