Minecraft’s Steve is coming to Super Smash Bros. Ultimate this month, and his moveset will be heavily based on the popular sandbox game’s mechanics. 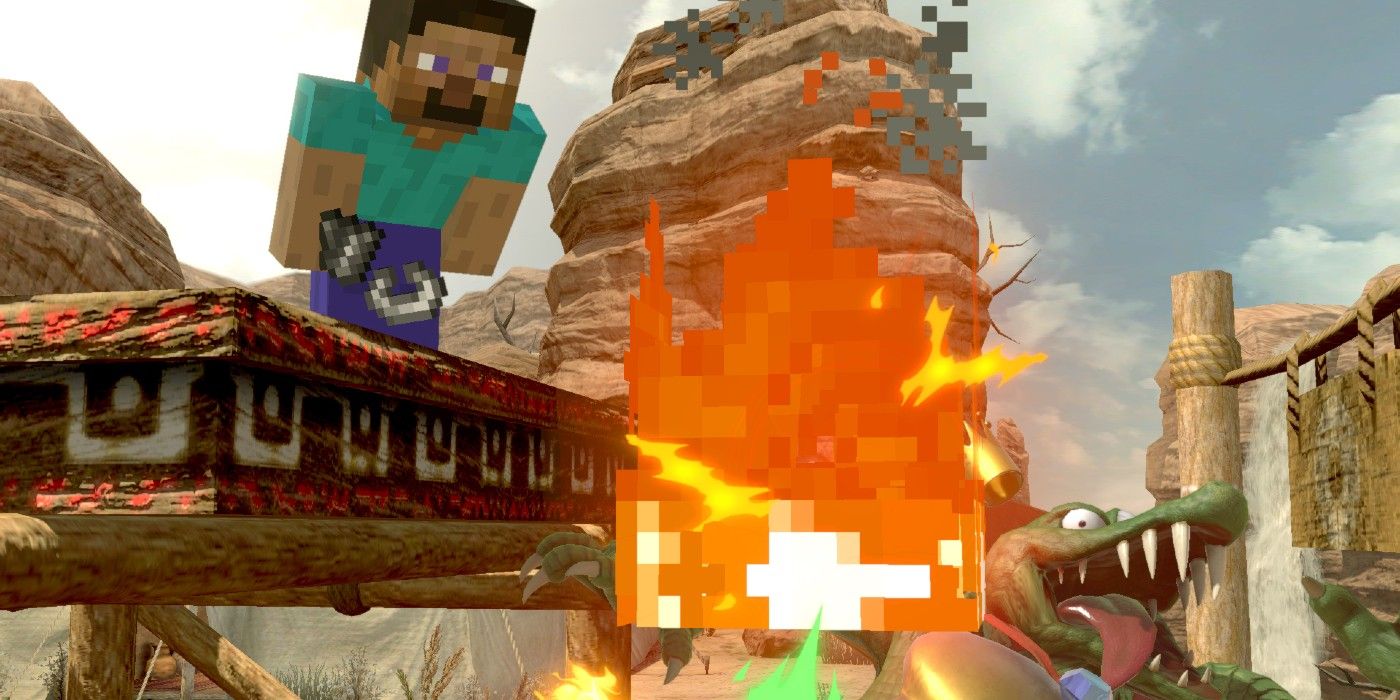 Super Smash Bros. Ultimate’s next DLC fighter is coming soon. Today, Nintendo announced that Steve and other characters from Minecraft are coming to Smash Bros. on October 13, and if the rundown of their moves is any indication, they will be sporting one of the most ambitious skillsets the series has ever seen.

Director Masahiro Sakurai started off his latest Smash Bros. DLC character presentation by getting into the specifics of how Smash Bros. Ultimate will recreate Steve’s movement and abilities from Minecraft. Aside from being faithfully recreated visually, the character will also move similarly to how he does in that game, meaning he will be able to land neutral attacks while he moves. At the same time, though, his standard jump will be shorter than most fighters, leaving him unable to reach most platforms without using a double-jump.

Going into standard attacks, Sakurai revealed that Steve will use different iconic tools from Minecraft depending on the type of attack. These will mainly consist of his sword (for neutral and smash attacks), axe (overhead attacks and juggling enemies), and pickaxes (dash attacks and forward/back air attacks). Additionally, his down tilt attack will use flint and steel to set a fire in front of him, while his down air is a ground-pound style attack with an anvil. Smash attacks, meanwhile, will use magma blocks and buckets of lava to launch opponents off the stage.

The core of Steve’s moveset, however, lies in Super Smash Bros. Ultimate’s take on Minecraft’s crafting system. His neutral special attack will let him mine materials from the stage, craft weapons at the crafting table, and place blocks whenever he’s in the air. Mining is especially important as players will need different materials to utilize Steve’s other special moves, which include riding a minecart (side special) and placing a TNT block (down special). This will even affect his standard attacks, as weapons can break and will need materials to either repair or replace them.

The materials players will collect when mining will vary depending on the terrain they’re trying to mine. The exception to this, according to Sakurai, are Battlefield and Omega-type stages, which will have materials “appear at a pre-determined rate” to keep things less random. Between this and Steve’s ability to place blocks anywhere on the stage, this is why Sakurai and his team had to rework all of Smash Bros. Ultimate’s stages to accommodate the new Minecraft DLC.

Several of Ultimate’s DLC fighters have added extra nuance to the game’s combat system with their own unique quirks, like Hero’s wide selection of commands and Terry’s classic fighting game-inspired inputs. But judging from what Sakurai showed today, Steve has the potential to shake things up even more. It’ll be interesting to see how players react to his moveset and its combat potential when he comes to the game later this month.

Super Smash Bros. Ultimate is available for the Switch. Its Minecraft DLC will launch on October 13.