With Platinum Kryptonite able to give anybody the powers of Superman, only Batman seems worthy of the gift – but will Bruce Wayne accept?

You Are Reading :Superman Gives Batman All His Kryptonian Superpowers 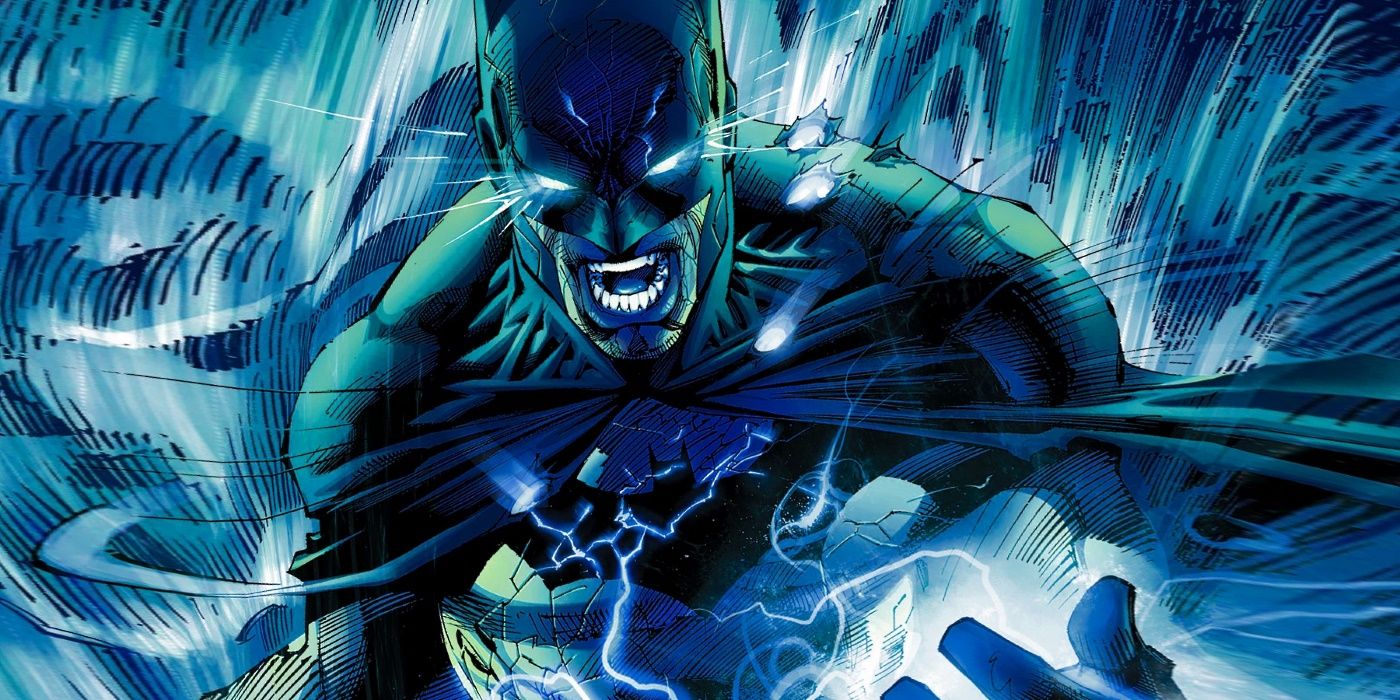 Superman has faced different types of kryptonite before, but the newest version added to DC canon is a more powerful weapon than any before. It’s time for fans to learn about Platinum Kryptonite… a rock granting all the powers of Superman to whoever holds it. For more casual fans of the Superman films or modern comics, the term “kryptonite” may refer only to the green variety, deadly to Kryptonians. But different versions of the radioactive substance have affected Superman in different ways, usually for the worse – which is where the new Platinum Kryptonite is different, because it doesn’t cancel out Superman’s powers at all.

Platinum Kryptonite gives the powers of a Kryptonian under a yellow sun to any person who touches it… and now, Superman wants Batman to accept his powers as a gift.

That’s as massive a twist to the status quo as fans are likely to get when it comes to Batman and Superman, and it’s dropped in Dc’s preview of the very first issue of DC’s new Batman Secret Files. In one of a number of short stories, Batman writer Tom King and artist Mikel Janin (a key partner in King’s Batman run thus far) raise this impossible dilemma to Bruce Wayne. But not only does Superman trust Batman with a ‘magic potion’ making the one who drinks it a new Superman – he’s actually suggesting Bruce should undergo the change to continue his fight like he has always deserved to. 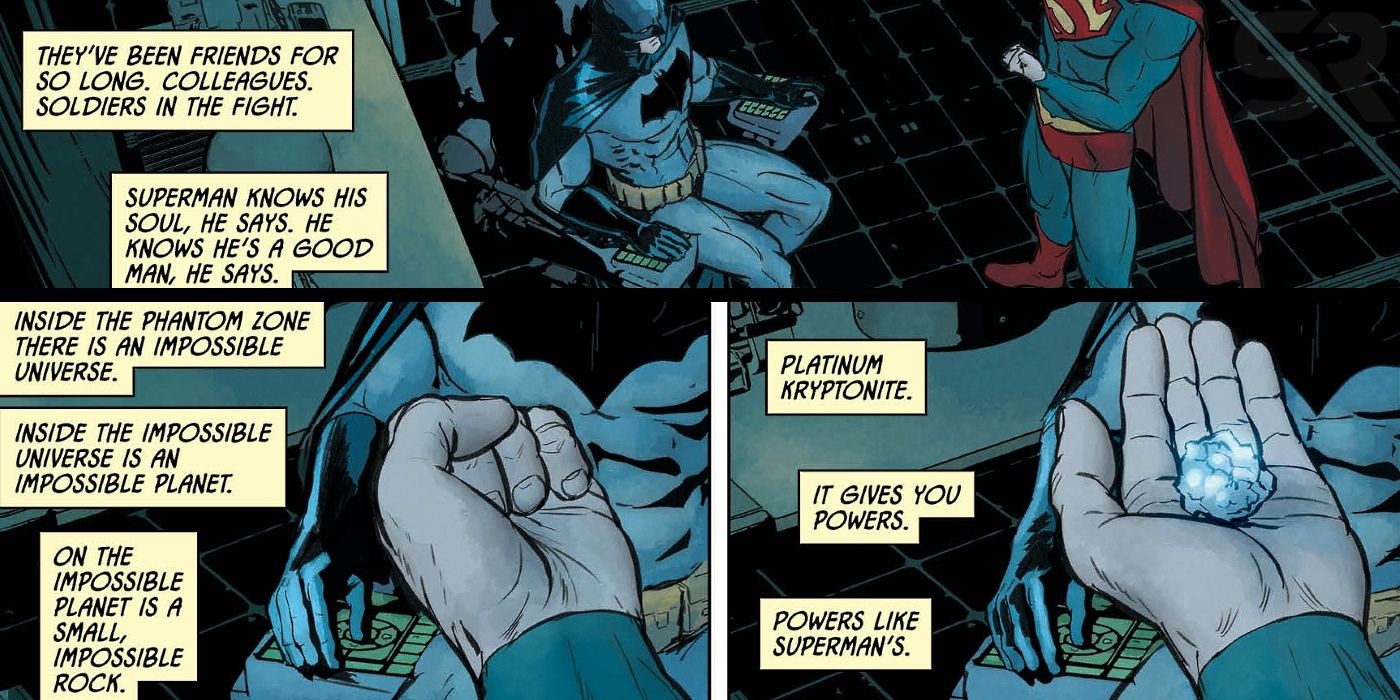 The science or mineral composition of the Platinum Kryptonite, or an explanation of how it would actually change Batman’s physiology isn’t the point fans should get hung up on (Tom King’s story confirming Superman is immortal isn’t about entropy or old age, either). The point is the question now posed to Bruce Wayne, far enough along in his crime fighting career to accept that his body will only grow weaker as the days, weeks, and years tick by. A fittingly heartfelt dilemma for King to place Batman in once again: accept the power to continue his mission… but only if he gives up his humanity along with his mortality.

The narrative that accompanies this story gives all the explanation needed for why Superman offers Batman this dream come true from the Phantom Zone, and why Bruce might accept it. As fans know, the cycle is always the same: Batman fights until all seems lost, Superman saves the day, then they part ways until the next time. So what happens if Superman isn’t there? What happens if the broken knuckles in Bruce’s gloves grow back less and less cleanly – along with the rest of the bones in his body?

Superman’s question is the most important: if not Batman, the most disciplined and determined hero Earth has to defend it, then who else does this Platinum Kryptonite exist to make into a demigod? 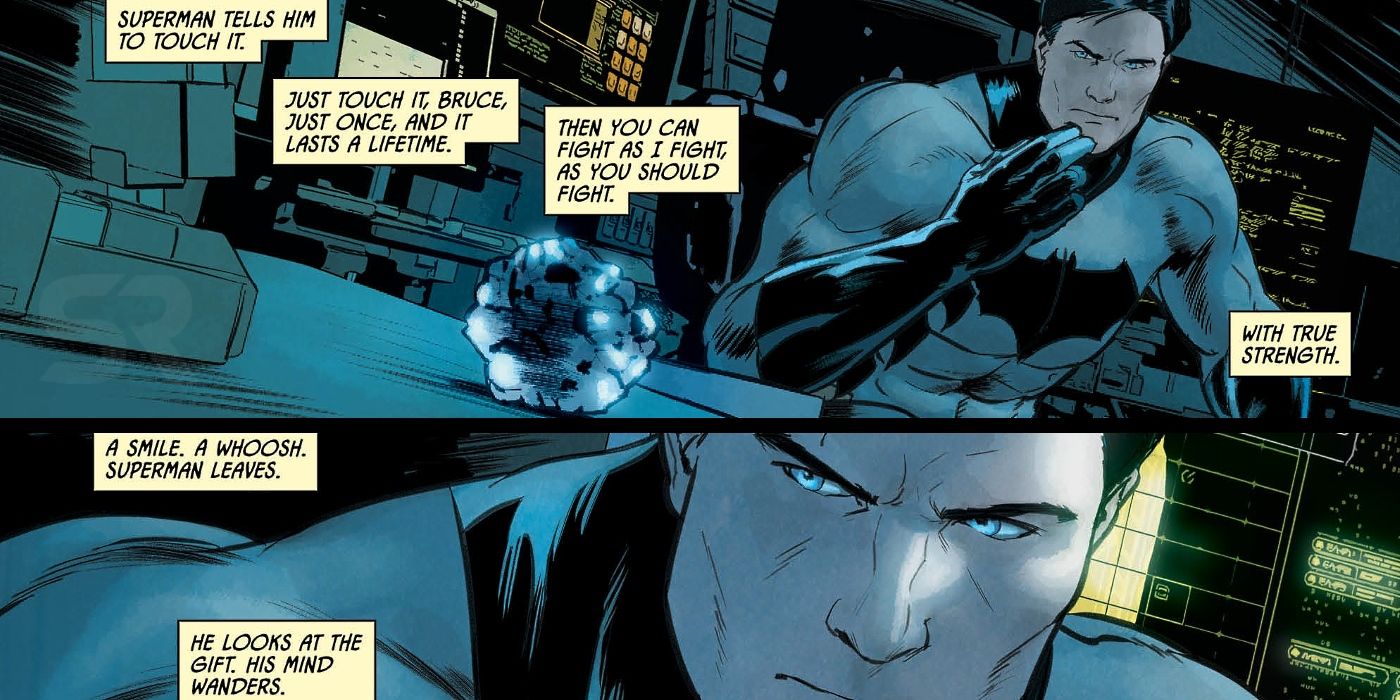 When Alfred finally arrives to interrupt Bruce’s weighing of the decision, Bruce’s question to his most trusted partner, friend, and father figure sums it up perfectly: “Alfred… am I enough?” Would Batman gifted with Superman’s abilities be the hero he should be, as Clark puts it? Or would he become something different if his mortality – often seen as his greatest weakness AND strength – was left behind by heightening his physical heroism to superhuman levels?

That’s the exact kind of question Tom King has been using to fuel his first 50+ issues of Batman, since beginning the Batman: Rebirth by facing Bruce Wayne with certain death. Even then, as his time seemed to be over, Bruce turned to Alfred for confirmation that sacrificing himself to save others was “a good death.” With the chance to say goodbye to death permanently, and ascend to become the supernatural force criminals already consider him to be, the answer should be clear. Would be clear, for most other people. But if Batman admits that he doesn’t believe one person, no matter how dedicated, can be “enough”… well, that isn’t a step he can ever come back from.

We’ll have to wait for the full issue (and likely future chapters of this story) to see how Bruce Wayne makes his decision. Does it seem like an obvious choice to you? Or is this a perfect proof that Batman and Superman are completely different kinds of superheroes?

MORE: Superman Killed Batman With a Single Punch (For Real)