The Tekken games are filled with strange characters and stranger stories. As the series grows more bizarre, these stand out as its weirdest elements. 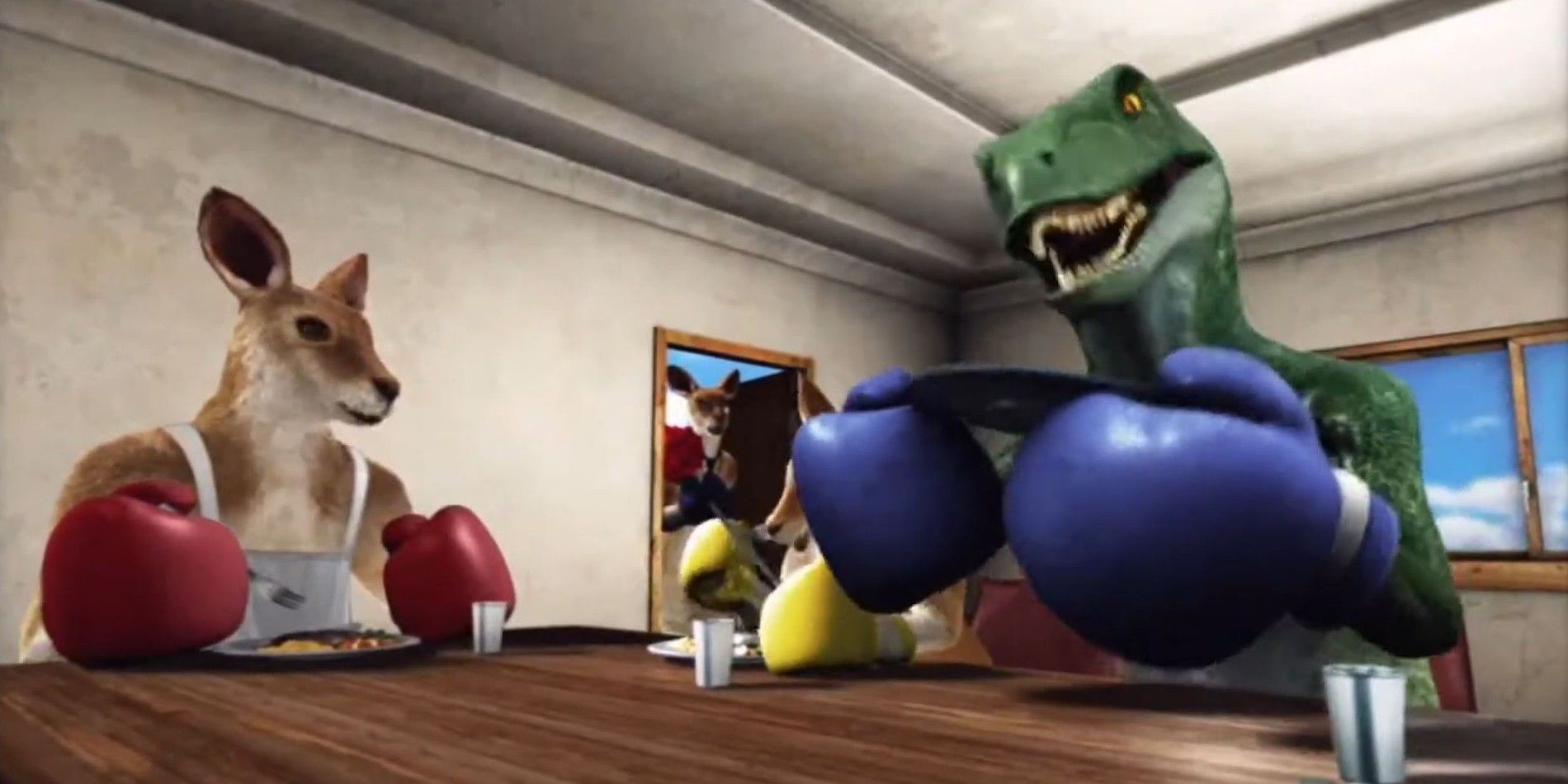 The Tekken series of fighting games offers answers to questions few people were asking, like who would win in a fight between a kangaroo and an android, a dinosaur and a cyborg, or a Mauy Thai master and an angel. The answer is, of course, any of the above, based on player skill. Tekken also contains some of the strangest lore of any fighting game, involving four generations of the Mishima clan continually battling each other, the fate of conglomerates being repeatedly tied in with a martial arts tournament, and manifesting a devil form as a dominant genetic trait passed on through a bloodline.

Almost every long-running fighting game franchise includes bizarre characters and genre-blending story elements at some point, even if they did not start that way out of the gate. In the 27 years since the original Tekken’s release in 1994, the series has expanded its roster in some odd directions, and its mythos has shown that nothing is off limits in the world of Tekken. Adding to the surreal nature of the games, Tekken has consistently combined relatively realistic looking characters and real-world martial arts with supernatural and science fiction elements, showing that a well-aimed kick can be just as devastating as a chainsaw arm, a demonic eye laser, or a mauling grizzly bear.

Even in a series where anything goes, there are still a few characters and story elements that stand out as especially odd. These are the strangest fighters to join the King of the Iron Fist Tournament, and the most outlandish elements of the Tekken storyline. 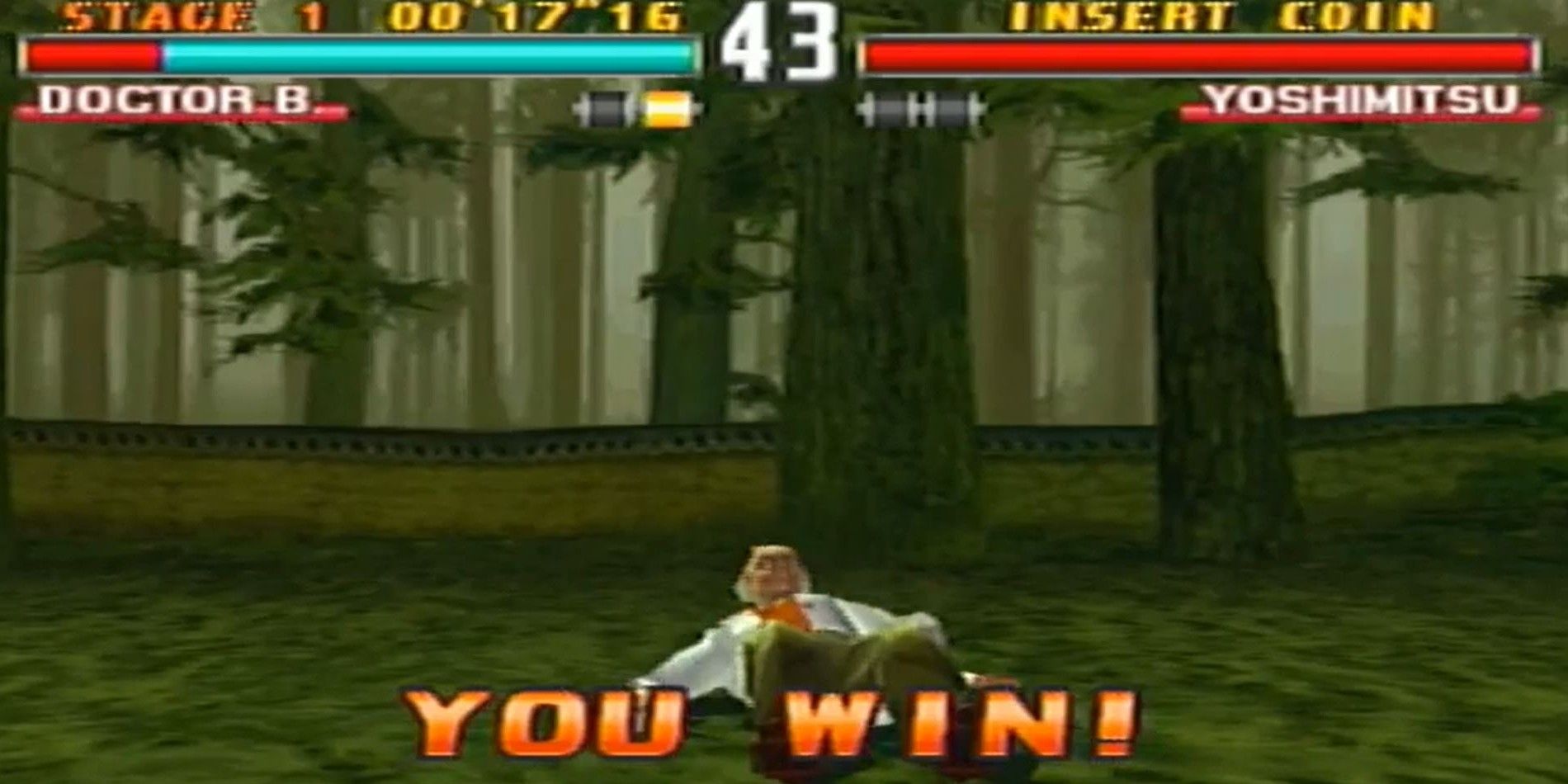 Dr. Bosconovitch, or Dr. B. as he is commonly referred to in-game, was first introduced into Tekken lore in the second game. He was originally a brilliant scientist working for the USSR, obsessed with finding a way to resurrect his daughter, Alisa. This goal evidently inspired a wide range of scientific advancements, including cryogenics, androids, cybernetics, and cloning projects. Along with the more sinister Dr. Abel, Dr. B is one of Tekken’s characters responsible for most of the “weird science” elements of the game, which made it quite a surprise when this elderly background character was a playable fighter in Tekken 3.

Those who played Tekken 3 will likely recall Dr. B’s move set as cobbled together from other characters’, with the addition of him falling over constantly. After nearly every attack, Dr. B would suffer a spasm of pain and fall prone, though he could always get a second wind to rapidly roll or kick up. Dr. B returned as a fighter in Tekken Tag Tournament 2, where he retained the tendency to stagger and collapse, which could be used for some feints and dodges, intentional and otherwise, making him an unpredictable opponent. The oddest thing about Dr. B was simply that the character responsible for most of the series’ androids, cyborgs, and cloned dinosaurs, would be engaging in fisticuffs at all. 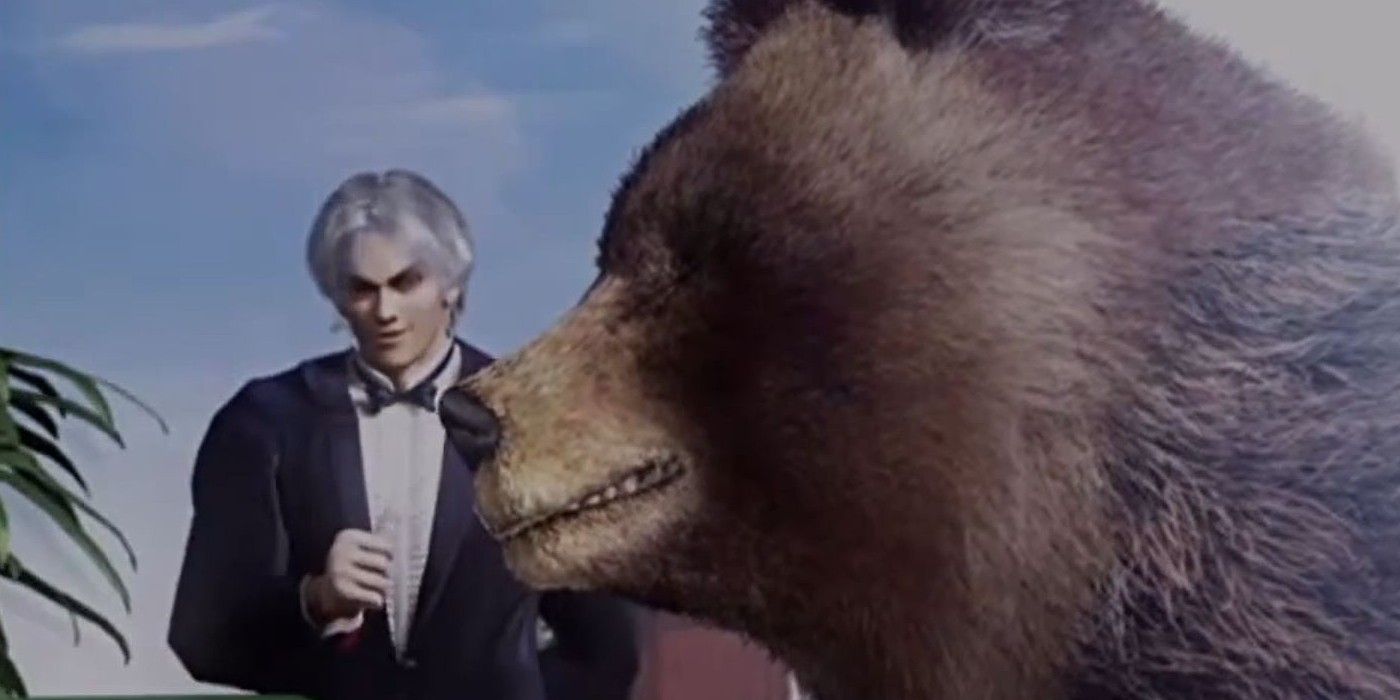 Collectively, the Tekken series contains a small zoo’s worth of animal characters, and their presence in a fighting tournament is something that players have come to expect as routine. The first Tekken game featured Kuma, a bear who had been trained in martial arts and served as a bodyguard for Heihachi, the head of a major weapons manufacturer, the Mishima Financial Group. In the world of Tekken, a CEO having a bear for a bodyguard is far from the most implausible element in a fighting game. Tekken 2 introduced Roger and Alex, a boxing kangaroo and dinosaur, both the result of genetic experiments funded by Kazuya Mishima to create animal super soldiers. Kuma received a palette swap option as Panda in Tekken 3, a common way the Tekken series has extended its roster without having to create new move sets from scratch. Accounting for the lifespan of animals, later Tekken games would replace Kuma with Kuma 2, and Roger with Roger Jr.

Arguably the strangest animal to appear in the Tekken series was Gon, a tiny yellow cartoon dinosaur featured only in Tekken 3 as a special guest character. Gon, the title character of a comedy manga, was depicted as coming up to the knees of most other fighters. The character’s extremely small hit box made Gon difficult to target, and something of an annoyance to fight as most mid and high attacks would go over Gon’s head. Gon was the first example of a character from outside the Tekken IP appearing in the series, a practice that Tekken 7 has leaned into heavily with guest fighters such as Geese Howard from SNK’s Fatal Fury, Noctis from Final Fantasy 15, and Negan from The Walking Dead television series. 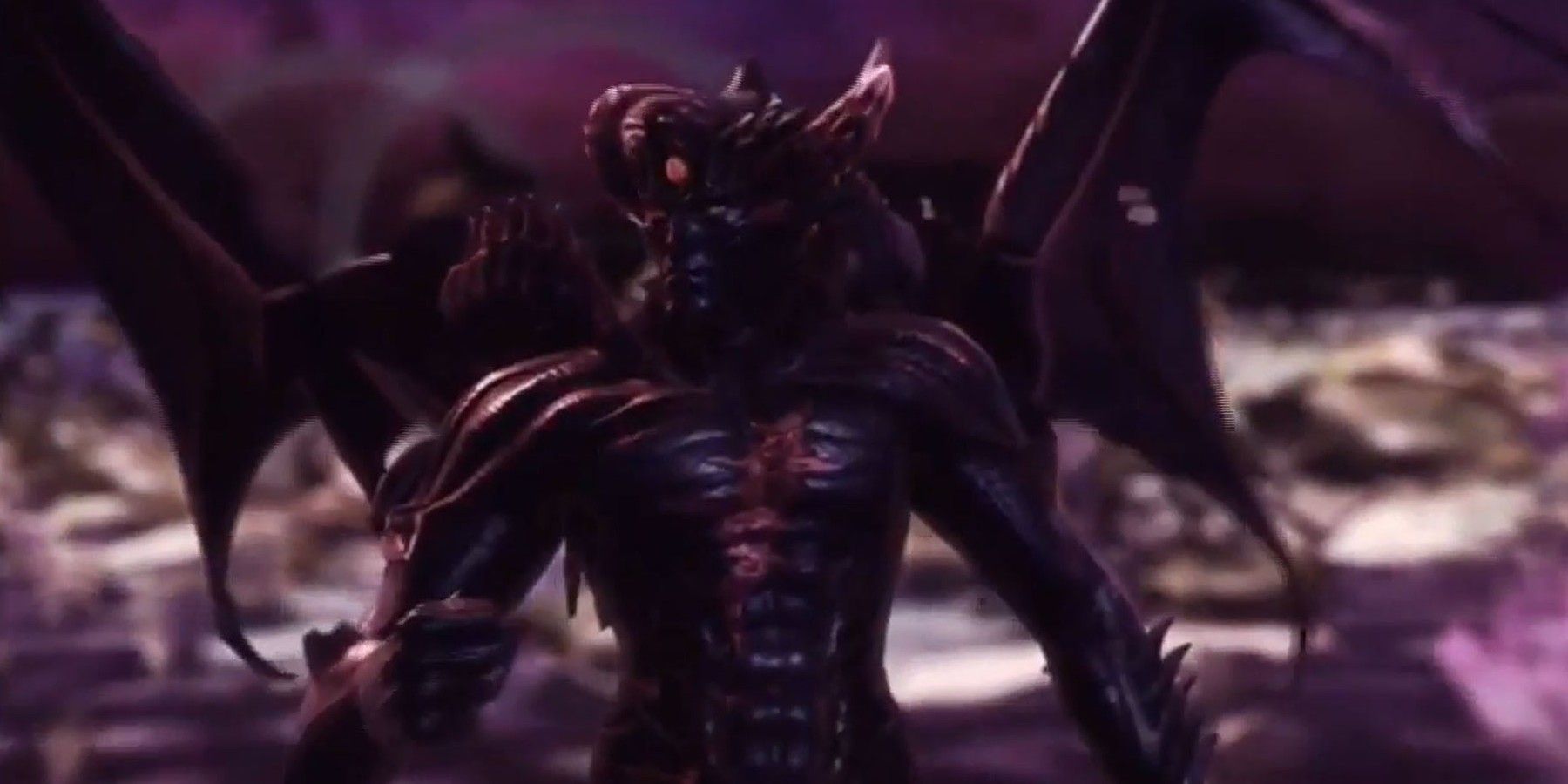 Kazuya’s devil form was an alternate costume in the original Tekken, but the notion of the Devil Gene was cemented as a plot device starting with Tekken 2. In game lore, an entity known only as Devil approached Kazuya with the promise of power to take revenge on his father, Heihachi, for throwing him into a ravine during his childhood. Later games elaborate on the Devil Gene as a genetic inheritance passed down from Kazuya to his son Jin. Though Kazuya’s father and Jin’s grandfather, Heihachi, is a reoccurring antagonist in the series, he never manifests a devil form himself. Going one further generation back, Heihachi’s father Jinpachi Mishima appeared as the primary antagonist of Tekken 5. Though the more than 110-year-old Jinpachi is possessed by an evil, seemingly demonic entity, it is a distinctly different one from that carried in the Devil Gene, as Tekken 7 clarified.

Tekken 7’s story mode claimed to bring the Mishima Saga to an end, and finally unveiled the origins of the Devil Gene. Though it had long been assumed to be a curse of the Mishima bloodline, Tekken 7 reveals that Kazumi Mishima, Heihachi’s late wife, was the original Devil Gene carrier who passed it on to their son Kazuya. Heihachi had previously sired an illegitimate son, Lars, who did not carry the curse, confirming that the Devil Gene did not originate from his Mishima bloodline, but rather, Kazumi’s Hachijo lineage. 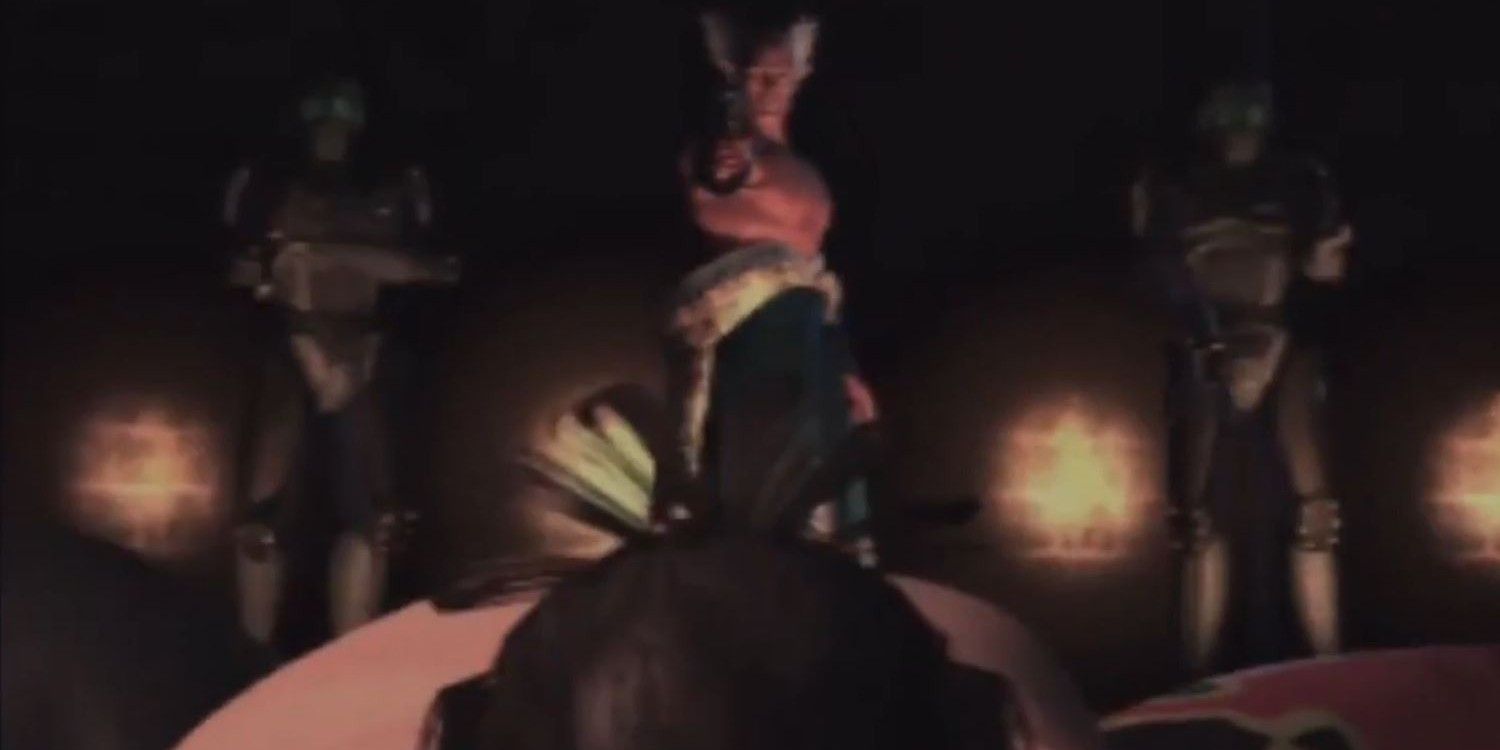 A sinister corporate sponsor for a worldwide martial arts tournament is a trope present in many fighting game series’ storylines, but Tekken is noteworthy in that it features rival nefarious conglomerates, and corporate takeovers by pugilistic victory as a routine occurrence. Though not always clearly spelled out, in addition to prize money, ownership of the Mishima Zaibatsu itself appears to be awarded to tournament winners.

Prior to the events of the first game, Heihachi wrestled control of the Mishima company from the founder, his father Jinpachi. Kazuya, Heihachi’s son, took over the company after defeating Heihachi in the first Tekken, and Heihachi reclaimed control of the company after beating Kazuya in Tekken 2, and throwing him into a volcano. Jinpachi resurfaced and usurped Heihachi to take back control of the financial empire he had originally founded, prior to Tekken 5, but after losing in the tournament to his great-grandson, Jin, the youngest member of the Mishima bloodline owned the family business. Jin disappeared before the events of Tekken 7, and Heihachi stepped back into the lead, but with his evident death at the hands of Kazuya, Kazuya may again be in control of the Mishima Financial Group and its subsidiaries. Non-canonical character endings have also featured characters like Lee and Xiaoyu taking over the company, usually with comical results, but the official timeline has always kept a Mishima in charge.

Further complicating things, Tekken also includes the G Corporation, a biogenetics company that resurrected Kazuya after his death at the end of Tekken 2. As a rival to the Mishima Zaibatsu, these financial empires are depicted engaging in armed raids against each other’s facilities more often than competing for market shares. In Tekken tradition, G Corporation’s ownership is also decided through violence, as their former lab experiment Kazuya slaughtered the G Corp executives and took over in Tekken 5. Corporate ownership seems to have nothing to do with controlling majority shares of stock in the world of Tekken, but simply walking in and taking over by force. 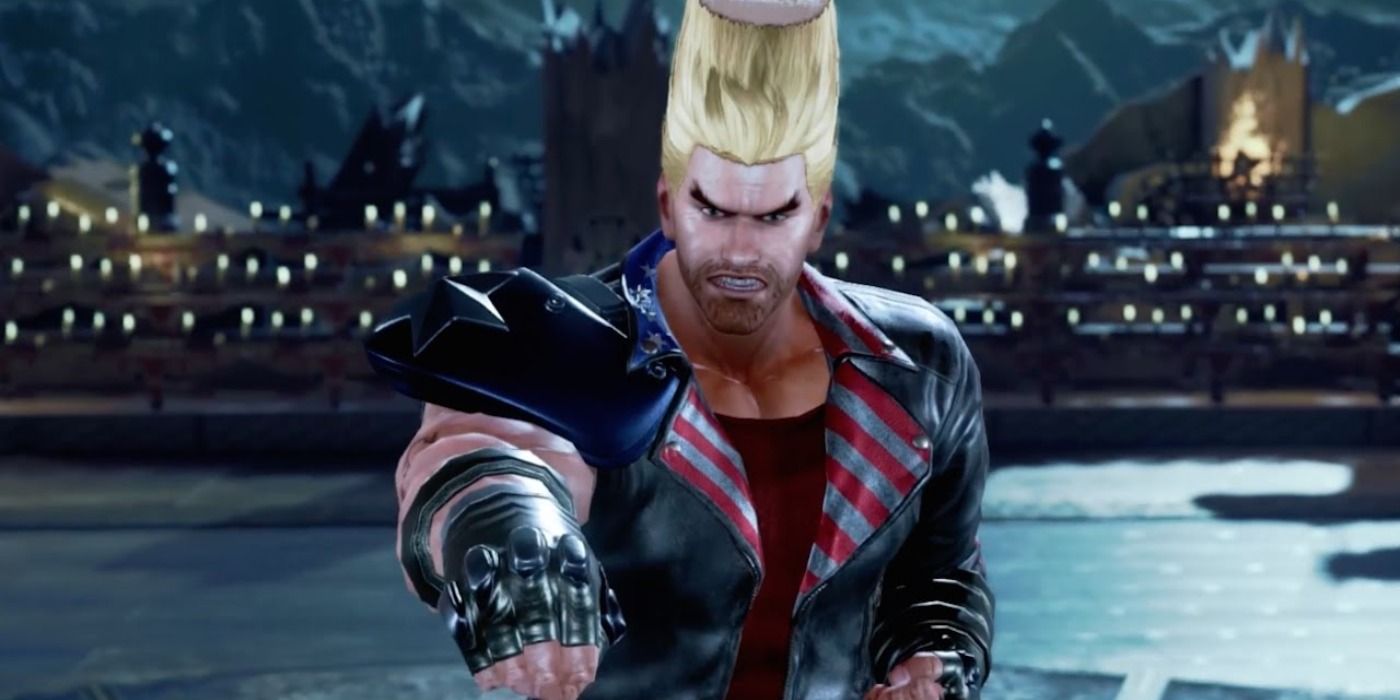 In a world where tournament fighters include androids with built-in weaponry, cyborgs like Brian Fury and Yoshimitsu, supernatural entities like Devil Kazuya and Ogre, and genetic experiments like Alex the dinosaur and Roger the kangaroo, a simple martial artist might not seem noteworthy or odd. The fact that Paul Phoenix is such a down-to-earth character, relative to the world he inhabits, is part of what makes him stand out. Paul has been a staple character in every Tekken title since the original. With massive flattop hair more outlandish than Guile of Street Fighter fame, Paul was the token overconfident American fighter in the first Tekken. Despite routinely battling several science fiction and horror films’ worth of bizarre entities, Paul routinely comes close to winning the tournaments he enters.

He unironically considers Kuma the bear an honored rival. Paul fought Kazuya to a draw in the first tournament and missed the final matches of the second Tekken due to being stuck in traffic. Paul canonically defeated the first stage of the Tekken 3 boss Ogre, then left, unaware that the second form, True Ogre, remained. Paul’s goal is literally to be “the best in the universe.” In his Tekken 5 non-canonical ending, after winning the tournament, Paul is shown punching a crude drawing of an extraterrestrial, and shouts, “Any time, any place, bring it on, ya aliens!” The camera then cuts to an armada of UFOs approaching the earth to meet Paul’s challenge. Paul is a mundane human with indomitable will and strength who would be less out of place in a more grounded series like Virtua Fighter. With no connection to the corporate intrigues of Mishima and G Corporation, no Devil Gene or cybernetic enhancements, Paul stands out as an oddity simply for repeatedly inserting himself into a world where he does not belong.

With seven numbered entries and two tag spinoff titles, the Tekken series has already outlasted many other 3D fighting games, and it has only grown stranger over time. While Tekken 7 claimed to be the final chapter in the Mishima Saga, series fans will no doubt await the new bizarre characters and plot devices the series will likely introduce in the future to fill the void.