Episode 2 of Star Wars: The Bad Batch has hit Disney+, and with it comes a new list of callbacks and Easter eggs.

You Are Reading :The Bad Batch Every Star Wars Callback & Easter Egg in Episode 2 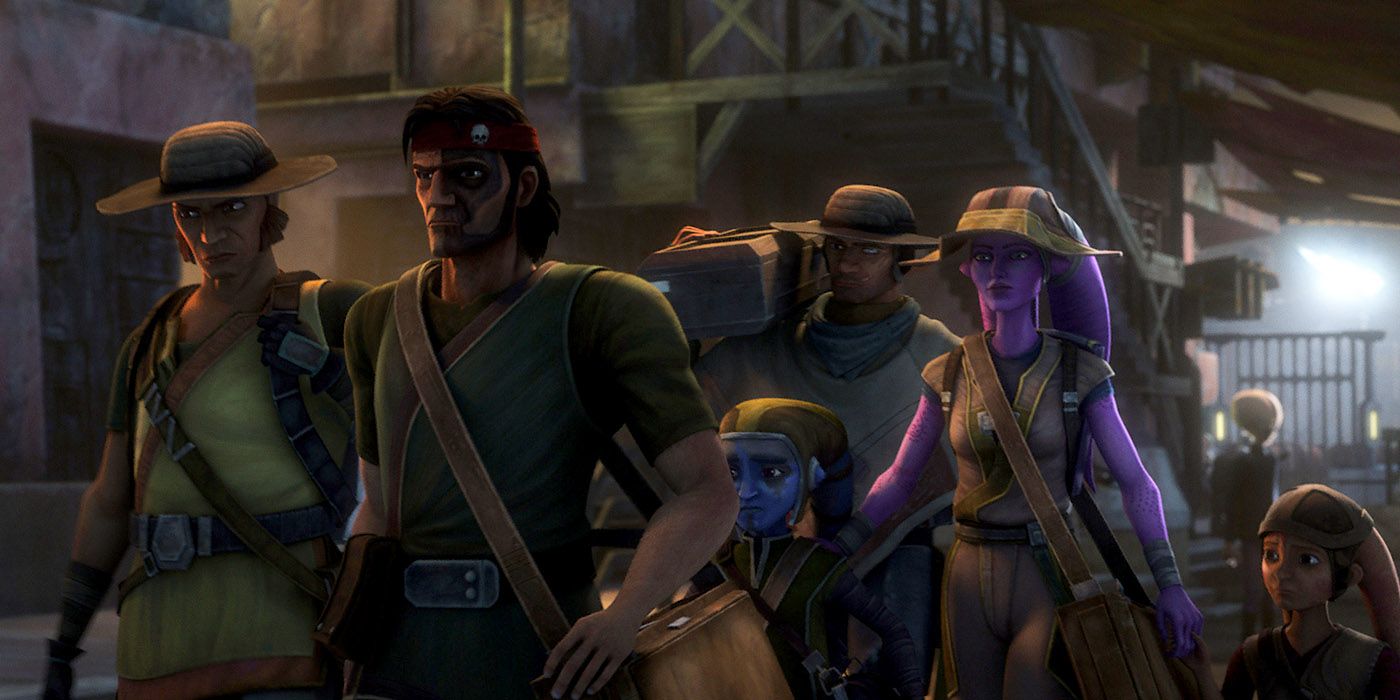 Star Wars: The Batch Batch is off and running, and Episode 2, “Cut and Run,” contains its hefty share of callbacks and Easter eggs. Indeed, most of the drama of this episode stems from characters and situations that fans have seen before, indicating that lingering threads from Star Wars: The Clone Wars will likely be used quite heavily in the new series.

With that said, here’s a comprehensive list of all of the callbacks and Easter eggs in Episode 2 of Star Wars: The Bad Batch, arranged in the order of their appearance. 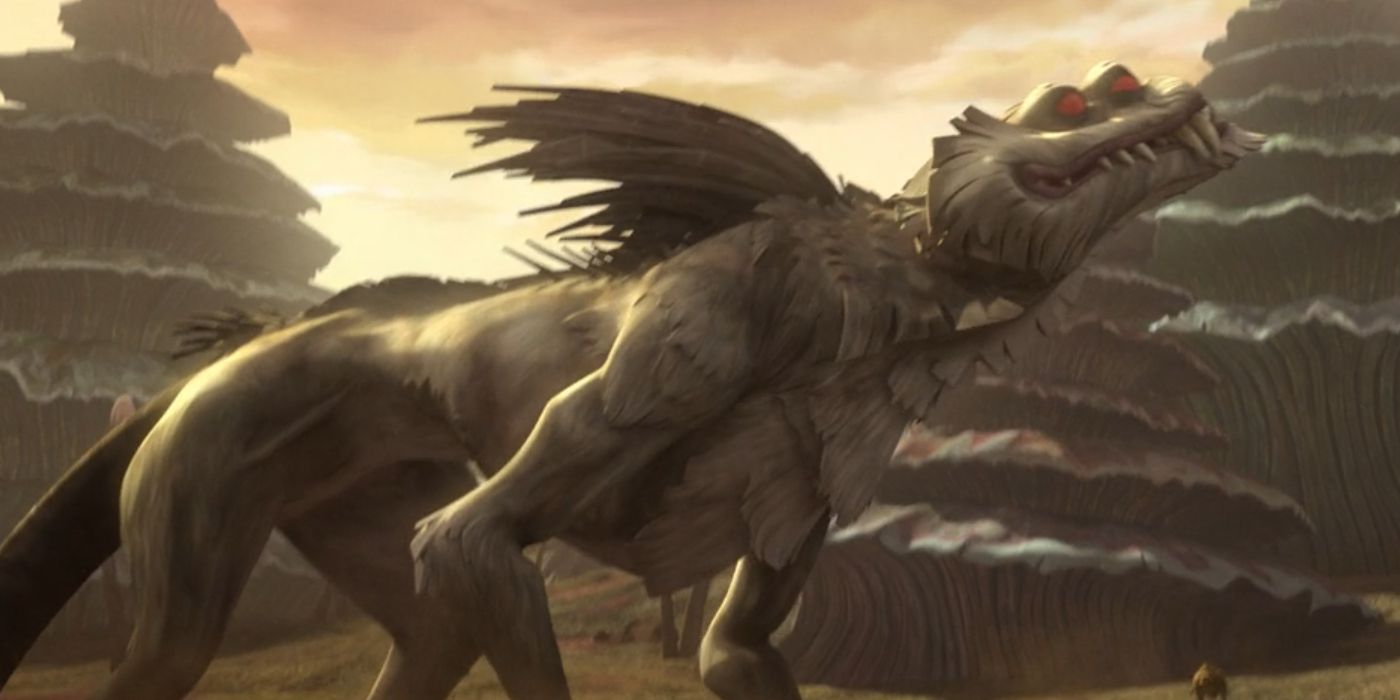 The Bad Batch arrives on the planet Saleucami at the beginning of the episode, which is a location that appeared briefly in Star War: Episode III – Revenge of the Sith during the execution of Order 66. Jedi Master Stass Allie was killed on the planet when her Clones opened fire on her speeder. But that’s not the planet’s only connection to the Prequels. Among the various creatures on Saleucami is a nexu, the four-eyed monster that menaces Omega. This beast previously appeared in the arena on Geonosis during the climax of Star Wars: Episode II – Attack of the Clones. 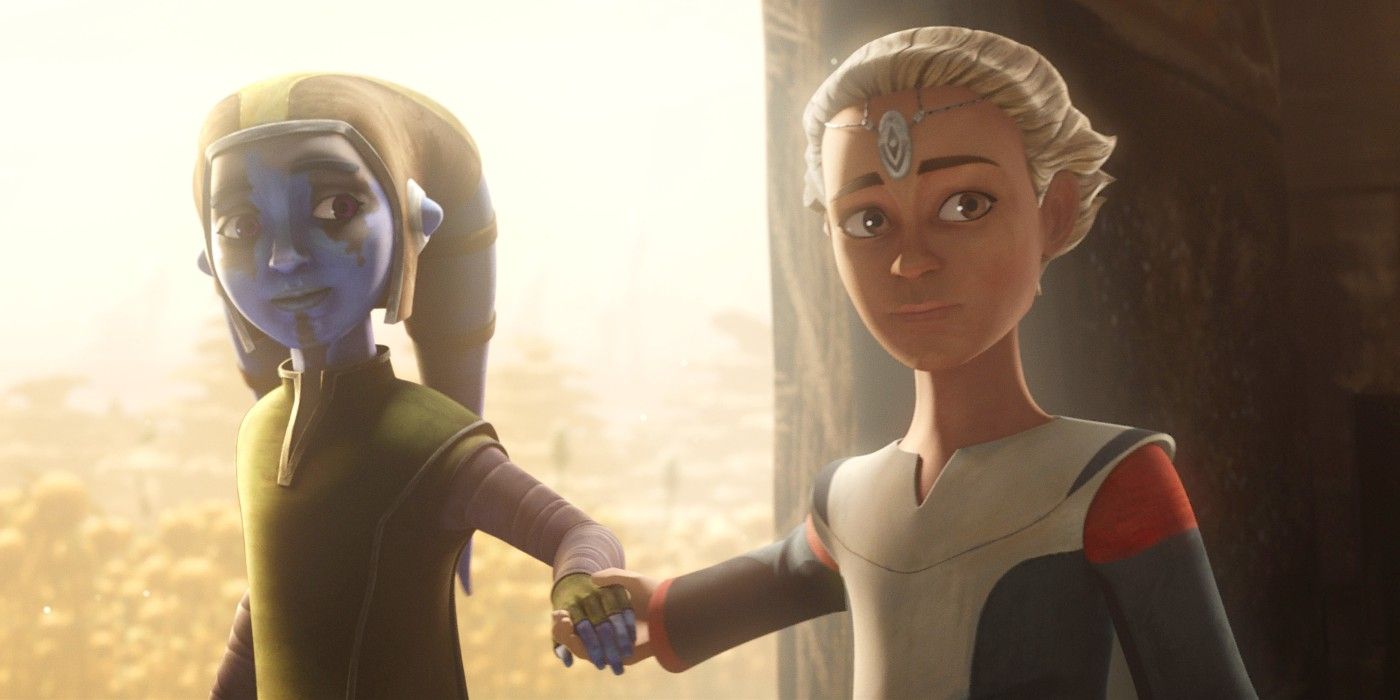 When Omega first arrives on Saleucami, she’s entranced by the dirt on the ground, having never seen anything like it on the storm-swept world of Kamino. Her reaction is a nod to Anakin’s infamous line in Attack of the Clones about how much he hates sand. Omega’s halting, awkward attempts to play with the dirt seem to gently satirize the awkwardness of Anakin and Padme’s romantic scenes in the second prequel film. 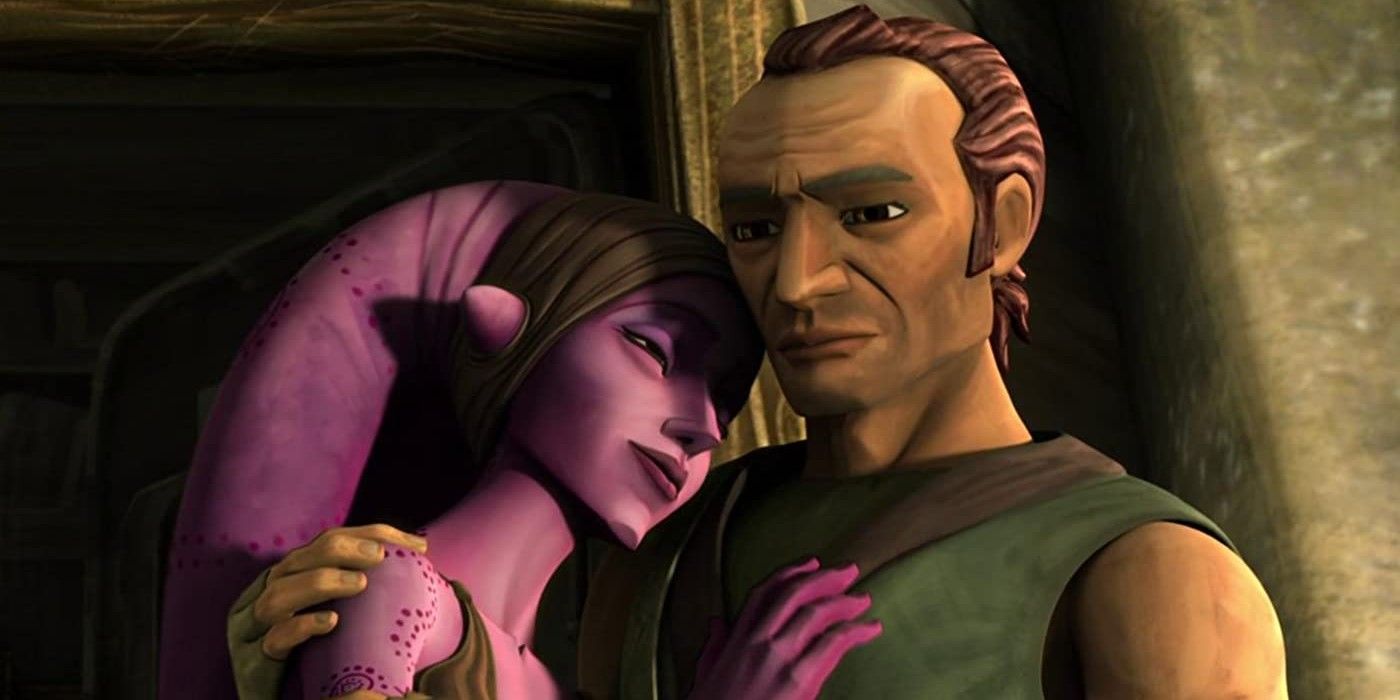 Cut and Suu, the characters the Bad Batch visits on Saleucami, first appeared in The Clone Wars. Cut is a rogue clone who deserted the Republic when he realized that his brothers were expendable cannon fodder. After he left the war behind and retired to raise a family with Suu, Cut appeared in The Clone Wars Season 2, Episode 10, “The Deserter,” where Captain Rex helped defend his home from Separatist forces. Now, in The Bad Batch, Clone Force 99 helps the former soldier and his family escape Saleucami as the Empire begins to take hold of the galaxy. But before departing, Cut reveals that Rex visited him just the day before, paving the way for the former captain of the 501st to return to the franchise. 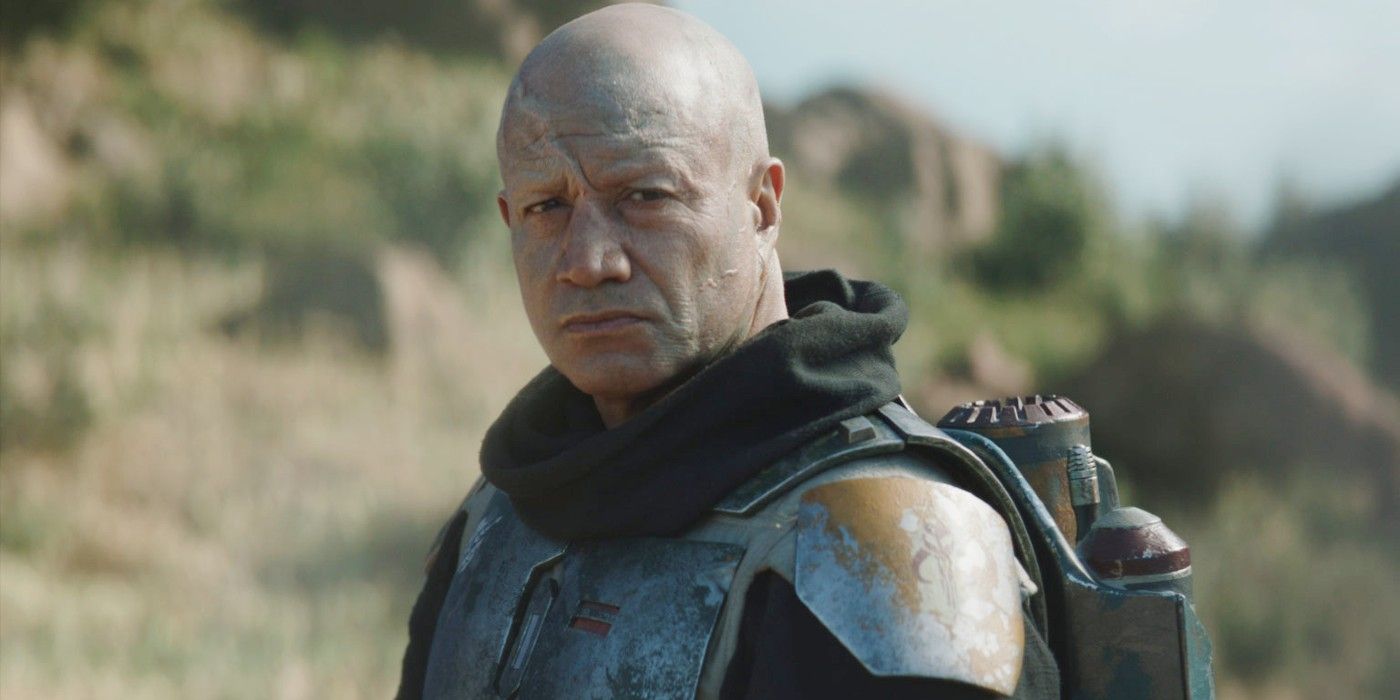 In order to book a shuttle off-world, Cut and the clones need a “chain code,” a set of numbers that will get them past Imperial checkpoints without notice. What’s interesting about chain codes is that they weren’t introduced until The Mandalorian when Boba Fett makes mention of them when explaining to Din Djarin how his father was a foundling and fought in the Mandalorian Civil Wars.

Taking a Page Out of Han Solo’s Book 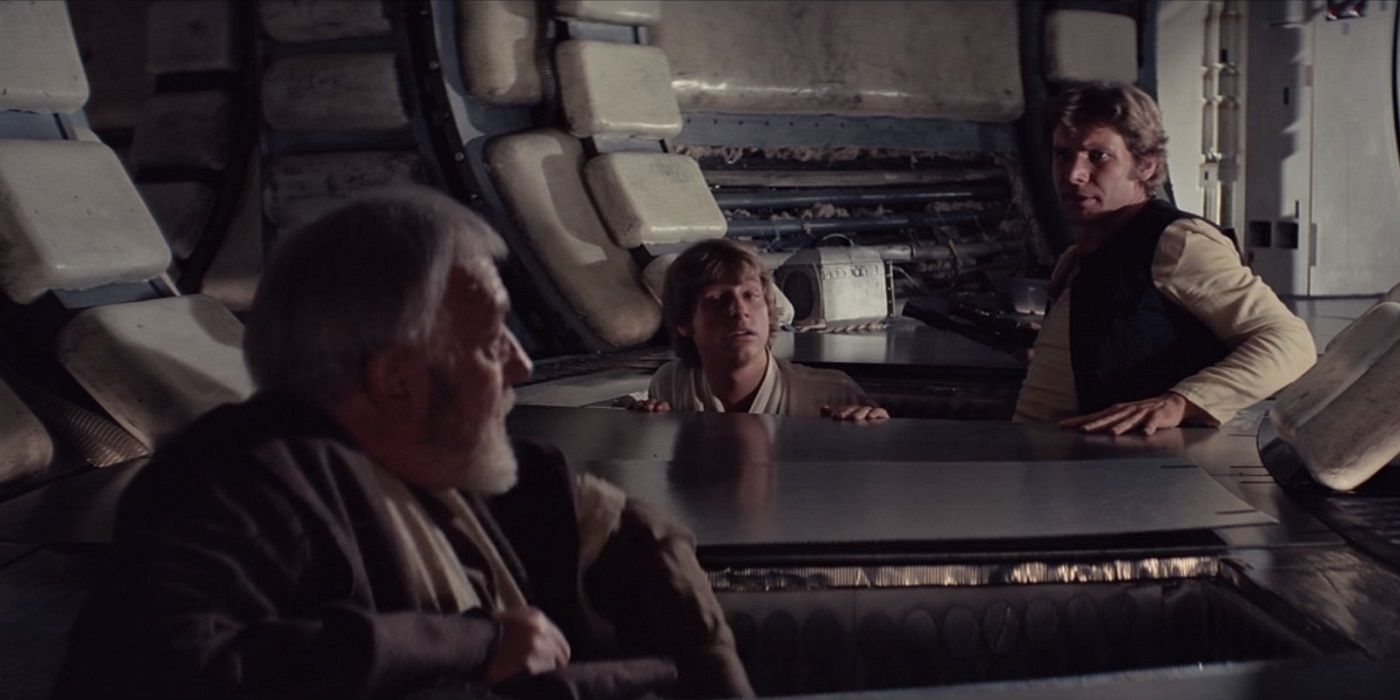 In “Cut and Run,” the Bad Batch slips into the Imperial impound lot by hiding in a ceiling compartment, which keeps them hidden from a couple of Clone Troopers who are blissfully unaware of their presence. The scene mirrors a similar moment in Star Wars: Episode IV – A New Hope when the heroes hide in smuggling compartments on the Millennium Falcon. A couple of other loose parallels to the Falcon also appear in the sequence, including the docking boot that holds the ship in place, which is the same kind used on the Corellian freighter in Solo: A Star Wars Story, and Clone Force 99’s frantic escape from a spaceport.