The holiday season is fast approaching, and here are the best Christmas-themed islands that players can visit in Animal Crossing: New Horizons. 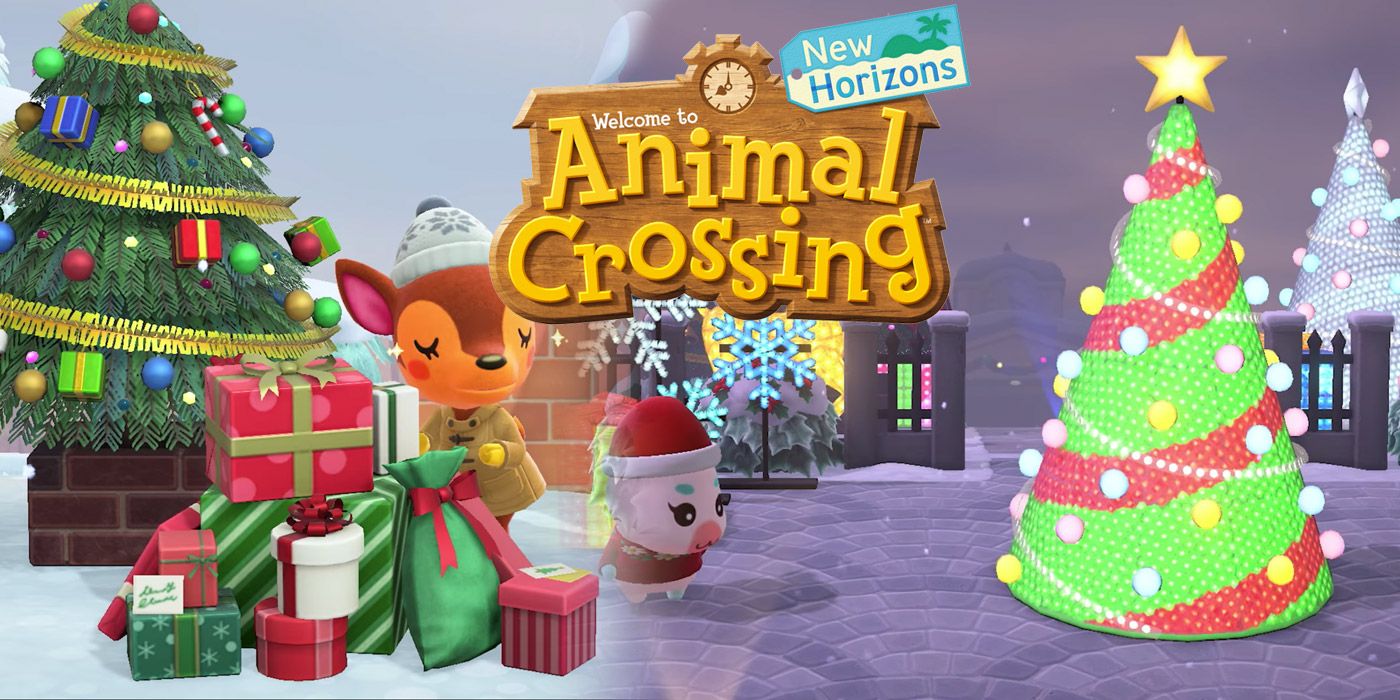 As players approach the end of the year, Animal Crossing: New Horizons will slowly transition to the Christmas season, with islands getting covered in snow to keep players in the holiday spirit. Now, for players looking for some inspiration regarding how to decorate their islands for the upcoming Toy Day event, here are some holiday-themed villages that players can visit via Dreams right now. For those unfamiliar with the Dreams feature, players must simply approach any bed on the island, sleep on it, and it will bring them to Luna, who oversees all travel to different Dream Islands. 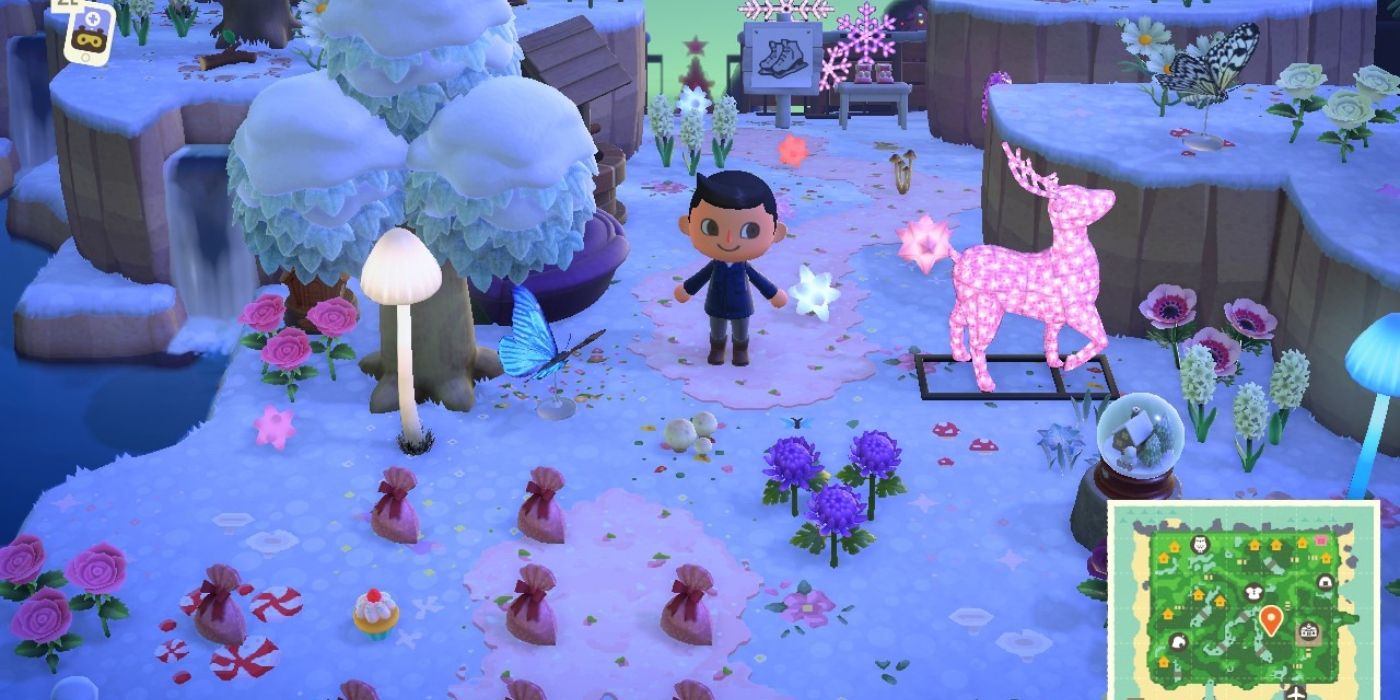 Players who are interested in the fairy aesthetic should first visit BlushIsland. As its name clearly suggests, this village is filled with fairy-inspired decorations, filled with snow and other holiday elements that will certainly put players in the holiday mood. The island features a quaint skating ring and a centerpiece feature filled with all sorts of Christmas-themed items. Visiting this island will definitely be a worthy trip for players looking for a charming winter aesthetic as inspiration for the upcoming holiday season. 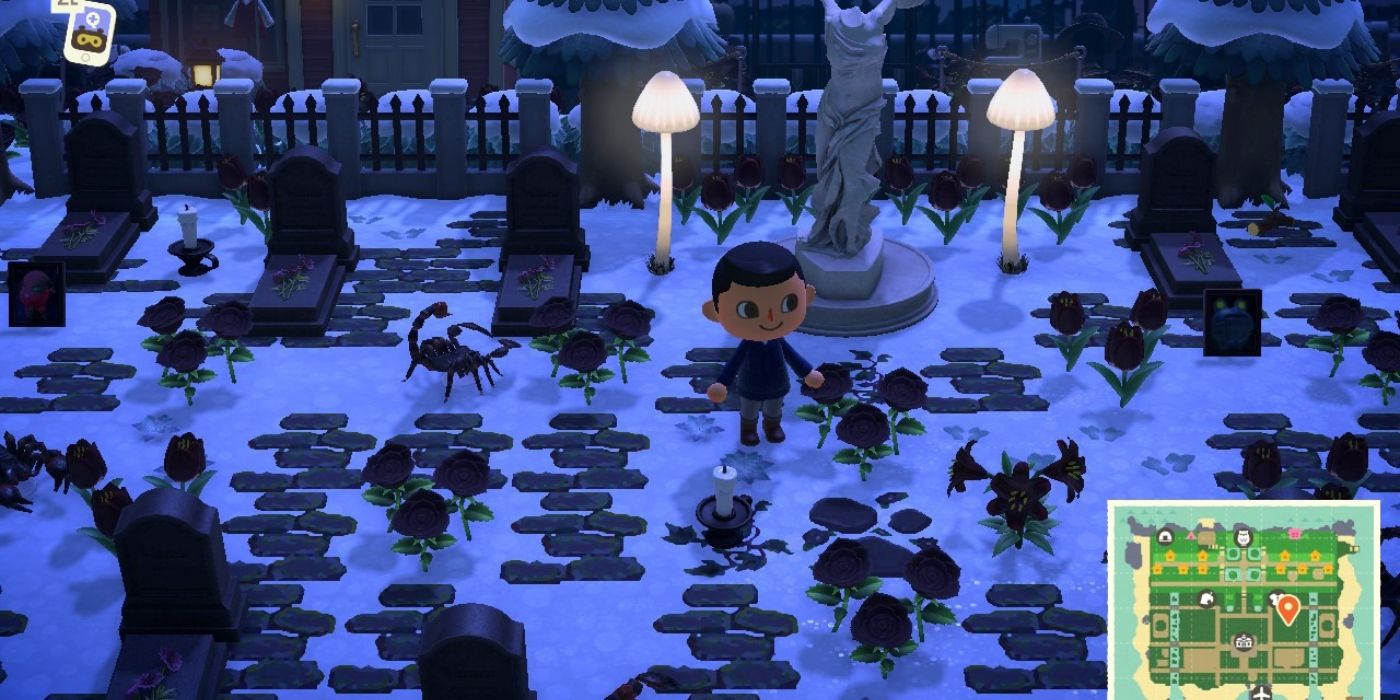 Now for those looking for a darker aesthetic that is still inspired by the Christmas season, the Bat Bay Island may be worth the trip. Although this island is filled with Halloween decorations, it is still in line with the Christmas theme due to its snowy exterior. In Bat Bay Island, players can visit a gravesite and a pumpkin patch, which is perfect for those looking for a creative combination of Halloween and Christmas. It is worth noting that Bat Bay Island is pretty well designed, so players won’t have any trouble exploring. 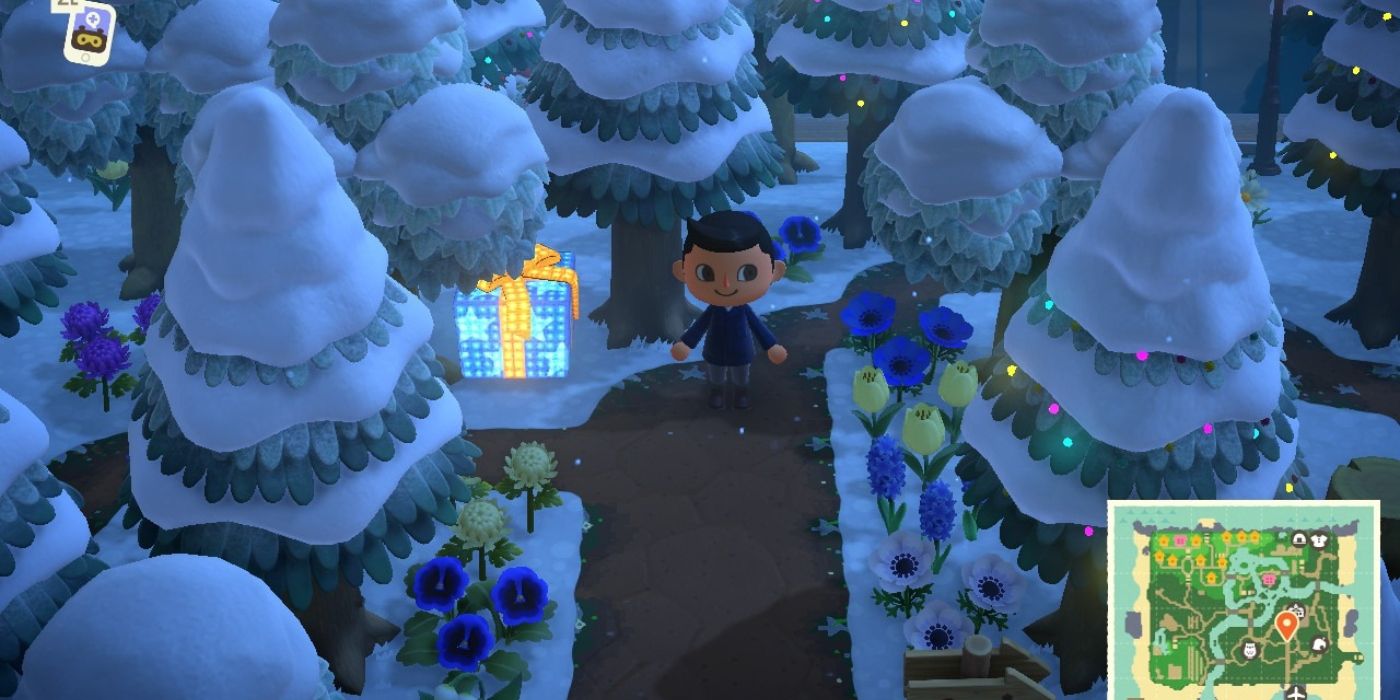 For players looking for a traditional Christmas village, Indigo Island may be worth a visit. In this snow-filled island, players will find the house of Santa Clause alongside decorations that resemble reindeer and elves. When visiting Indigo Island, players should expect a magical experience, given all the carefully placed decorations and pathways filled with Christmas lights. There are also several Christmas trees all over Indigo Island, which players can use as inspiration in preparation for Jingle the Reindeer’s arrival on Toy Day. 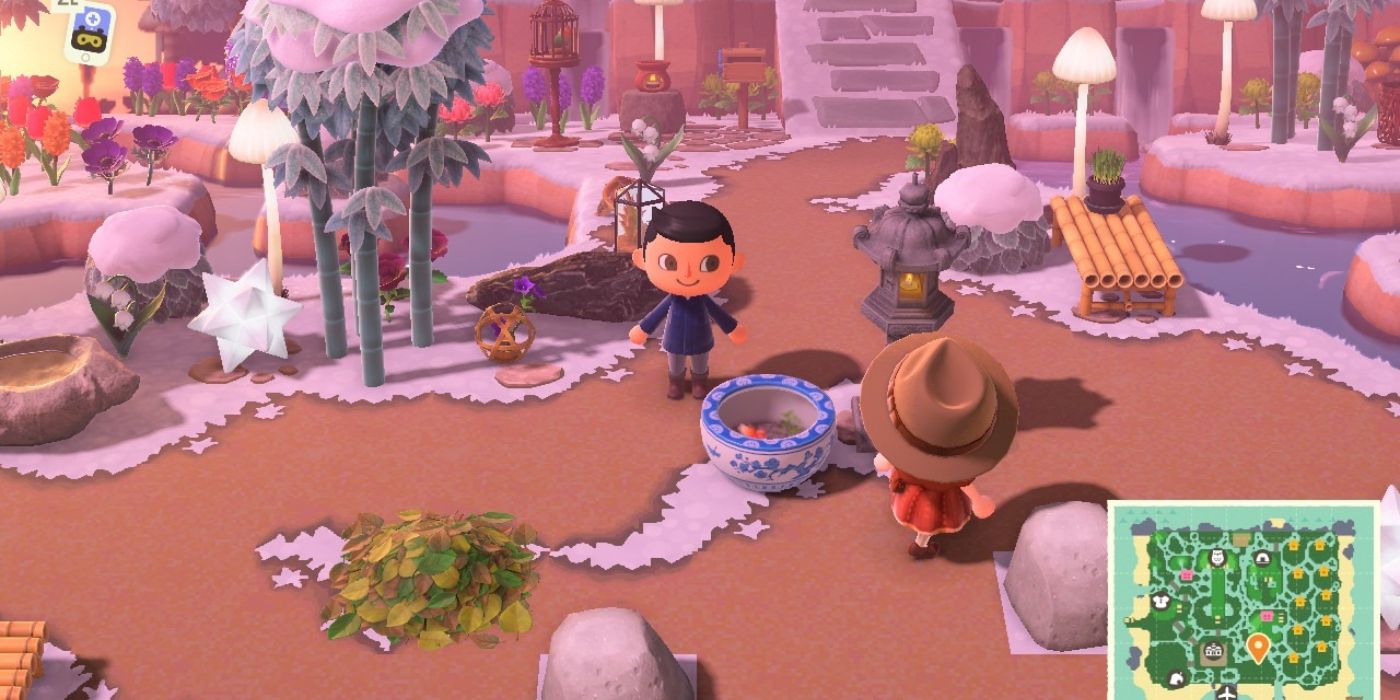 Although most Christmas villages in Animal Crossing: New Horizons tend to focus on decorations to bring in the holiday vibe, Tian Island relies on natural resources as its main feature. In this village, players should expect to see a woodland aesthetics that features a Dark Forest that appears to be inspired by fairy tales and folklore. The island is also well-designed, that players will be able to access most of it through stone or dirt-paths, making it easier to explore everything that the island offers. 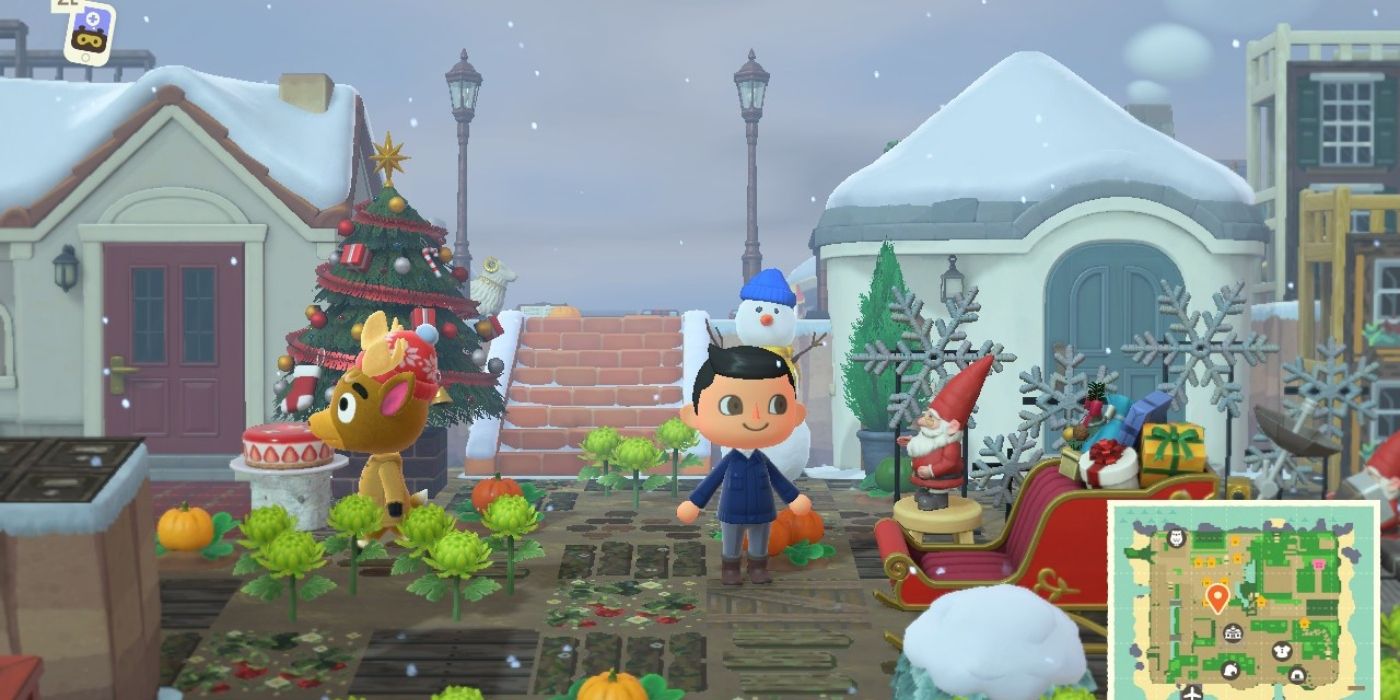 Artemis Island is probably one of the best Christmas-themed villages that players can visit right now. Upon arriving at Artemis, players will be greeted with an impressive entrance filled with toys, Christmas decorations, and a facade of a European-inspired Christmas town. Snow is also a main feature of the island, so players would probably want to visit the Able Sisters first and get their best Christmas-themed outfit. Unlike Tian Island, which is focused on a natural aesthetic, Artemis is filled with all sorts of decorations that include train tracks, presents, and more. It may be a little difficult to navigate around, given the number of decorations all over the island. However, it is still worth a visit, especially for those looking for ideas on designing their own islands.

Animal Crossing: New Horizons is out now for Nintendo Switch.