Xbox One S and PS4 Slim bundle offers are popping up all around prior to Black Friday. If you can’t wait for the big shopping day next month, your options for deals are surprisingly plentiful.

You Are Reading :The Best PreBlack Friday Deals on Xbox One S and PS4 Slim 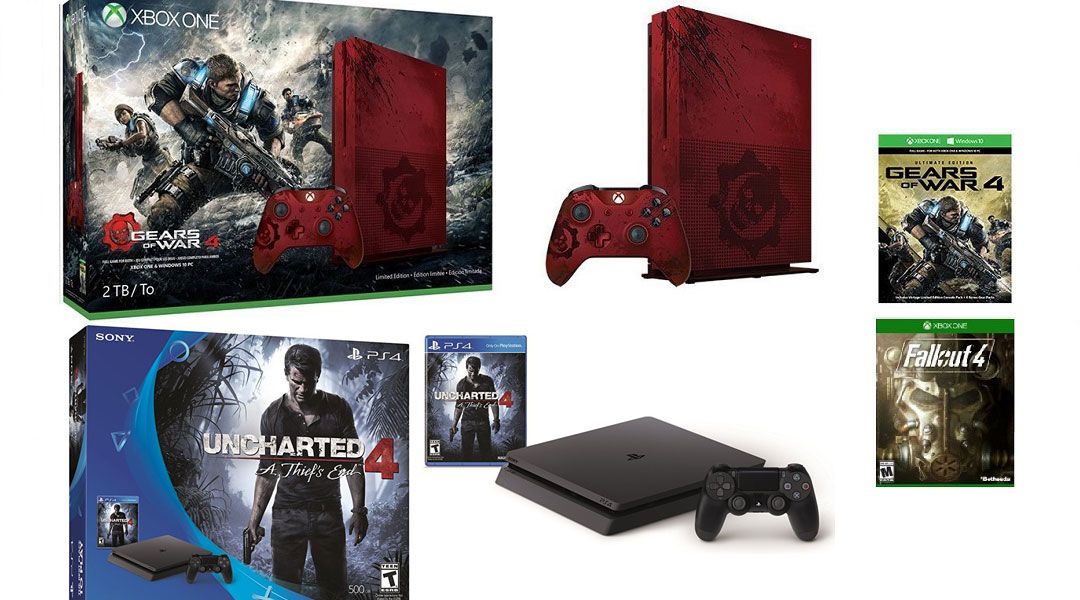 We’re still a month and a half away from Black Friday 2016, but that doesn’t mean deals on the PlayStation 4 Slim and Xbox One S console aren’t available. While the prices will undoubtedly become more attractive come the big shopping day, we are seeing retailers compete by tacking impressive bonuses on both major 8th generation consoles. The deals are currently available for both the new (and old) PlayStation 4 and Xbox One.

For example, the PS4 has deals on both the newer Slim and older non-Slim model starting at $299.99 with free games – the best pick PS4 Slim though is probably the Uncharted 4 bundle discounted all the way down to $239.99.

Update: Deals are changed to reflect Black Friday week sale prices and discount on the PS4 Slim and Xbox One S.

Expired Xbox One and PS4 Deals

On the PlayStation side, eBay is the place to find value. The new PS4 Slim Uncharted 4 bundle comes packaged with Grand Theft Auto V at no additional cost on eBay Deals (not to mention free shipping and sales tax only in CA, IN, and WA). There’s also a Slim bundle with Overwatch and Metal Gear Solid V: The Phantom Pain tossed in for only an additional $10. Otherwise the old PS4 Call of Duty: Black Ops III bundle comes with either a copy of the newly released Mafia III for $299.99 or with Rise of the Tomb Raider: 20 Year Celebration and a second controller for $339.99.

If you can’t wait for Black Friday to commence to find a good 8th gen console deal, you’ll see retailers are already starting to compete for your money. If nothing looks that great, the deals will only get better as the holiday season rolls in.