The Biggest Video Game News of 2020

The Biggest Video Game News of 2020

This year has been an eventful one, and with 2020 finally winding down, it’s time to look back at some of the year’s biggest news.

You Are Reading :The Biggest Video Game News of 2020 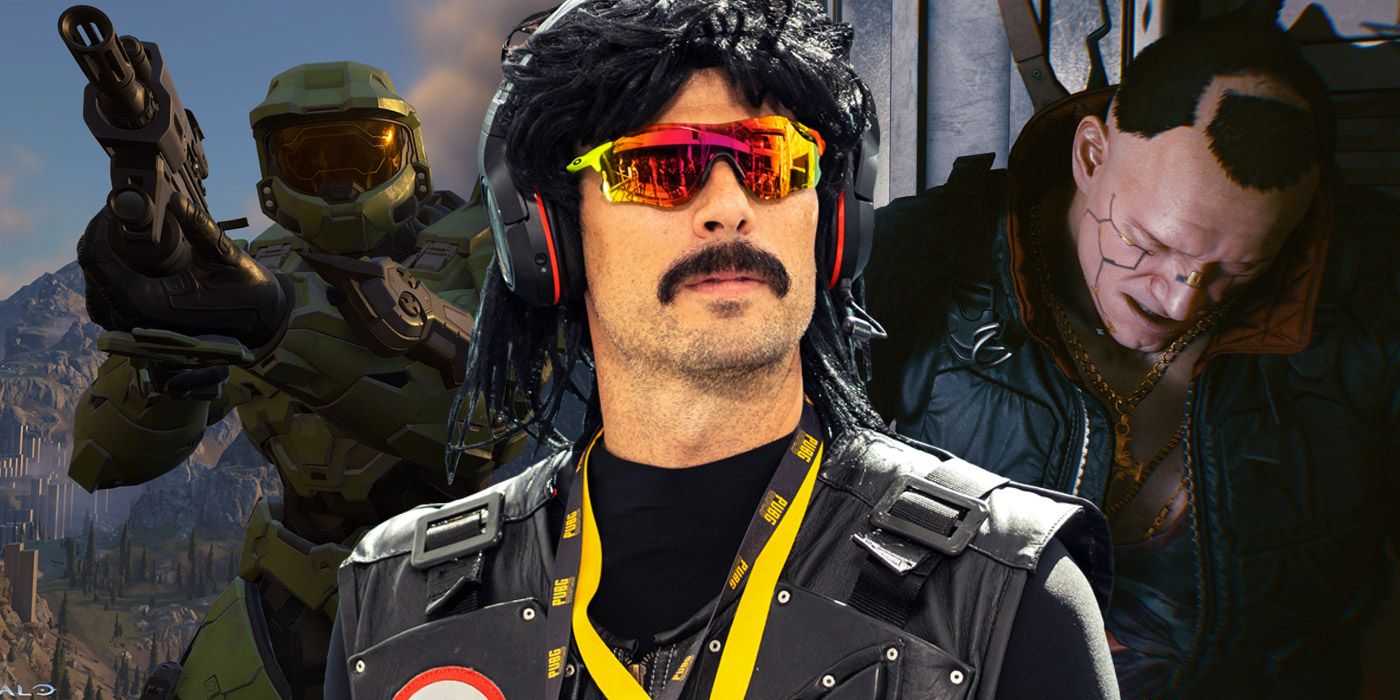 It’s been an eventful year, to say the least. Video games offer a pleasant distraction from real-world woes, especially this year, but 2020 also had its fair share of controversies where the video game industry is concerned. While it wasn’t all bad news, there certainly was some turbulence as the world adjusted to stay-at-home orders and remote work, though video games offered a respite from that.

The future does look bright, too. With 2021 just a few weeks away, it’s time to look back at some of the most significant video game news of the year, and there was a lot of it. Between new consoles, major studio departures, and some spicy new acquisitions, 2020 is a year for the record books. 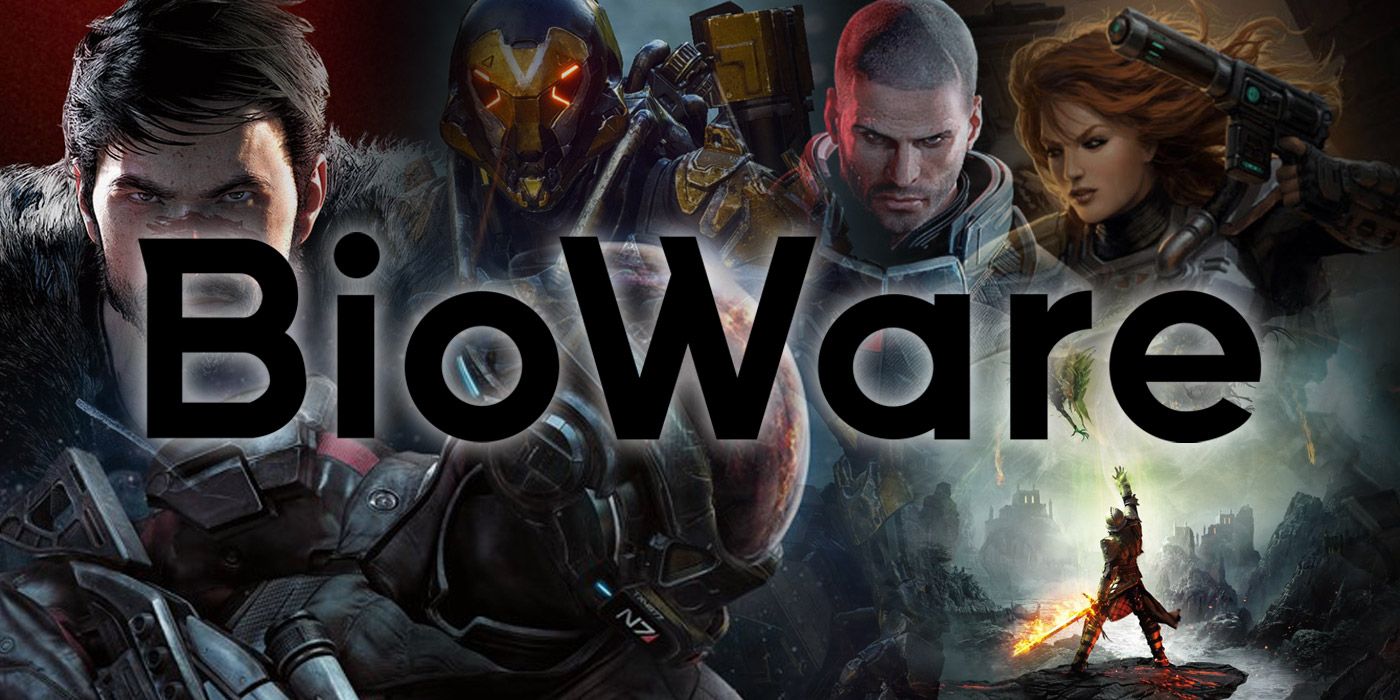 It’s been a rough few years for BioWare, which had trouble finding its footing with some of its recent games. With the lackluster release of Mass Effect: Andromeda and Anthem’s failure to launch, public perception of the company has shifted. With a new Dragon Age and Mass Effect in the works, though, that may soon change.

However, BioWare lost General Manager Casey Hudson and Dragon Age 4 Producer Mark Darrah just weeks ago, painting a troubling picture for some of the studio’s upcoming projects. It’s far too early to raise major flags, but it’s enough to cause concern among the community, and is undoubtedly a major shift for the rest of the team at BioWare. That said, the studio already has new leadership, which does keep the future of BioWare looking promising, tumultuous few years aside. 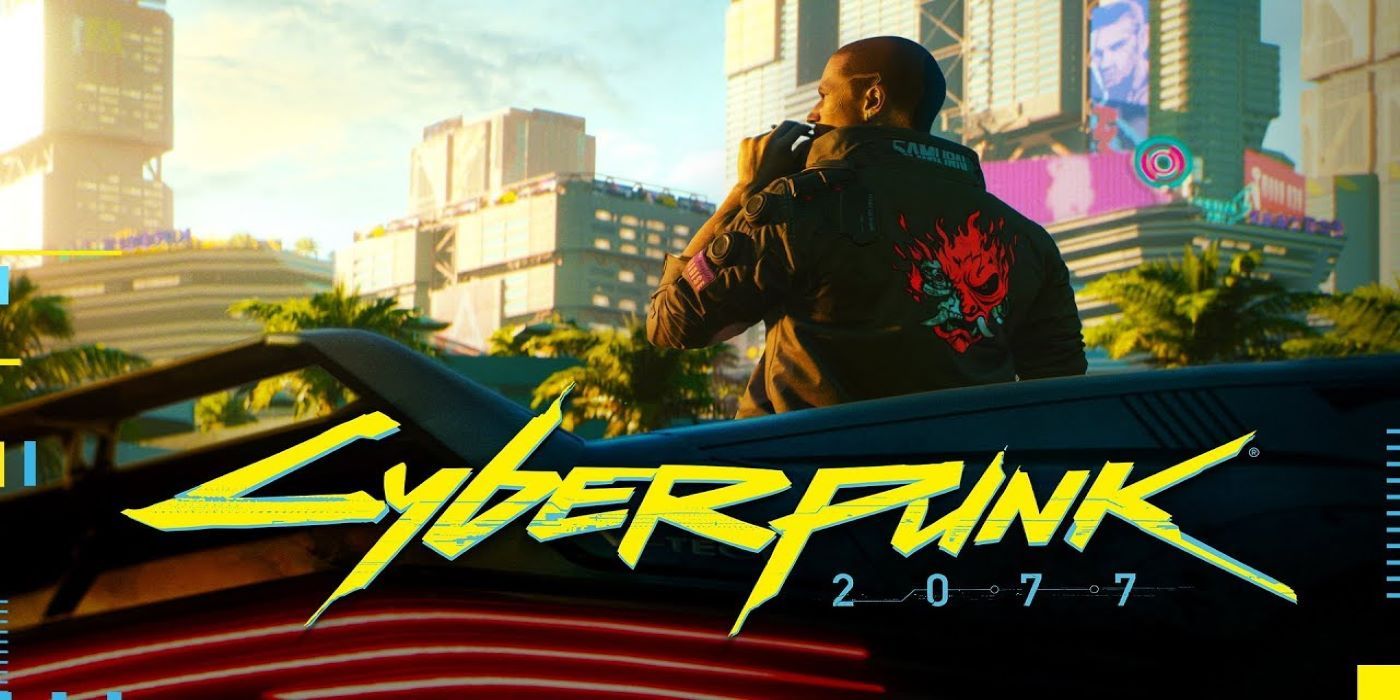 It’s hard to pick out a game that’s been more highly anticipated than Cyberpunk 2077 in recent memory. Originally announced in 2012, CD Projekt Red’s marketing for the project sold fans on a deep world driven by player choice and a living city. However, Cyberpunk 2077’s delays have defined much of the game’s legacy, and certainly much of 2020’s video game news.

It’s clear now why the game had to be pushed back from its original April release date to September, then November, and finally, December. The PC version of the game has had its own share of trouble, but the PS4 and Xbox One versions are still riddled with issues, from inconvenient bugs to frequent crashing issues. CD Projekt has promised fixes for the problems, but it has left some wishing that the game was pushed even further out. 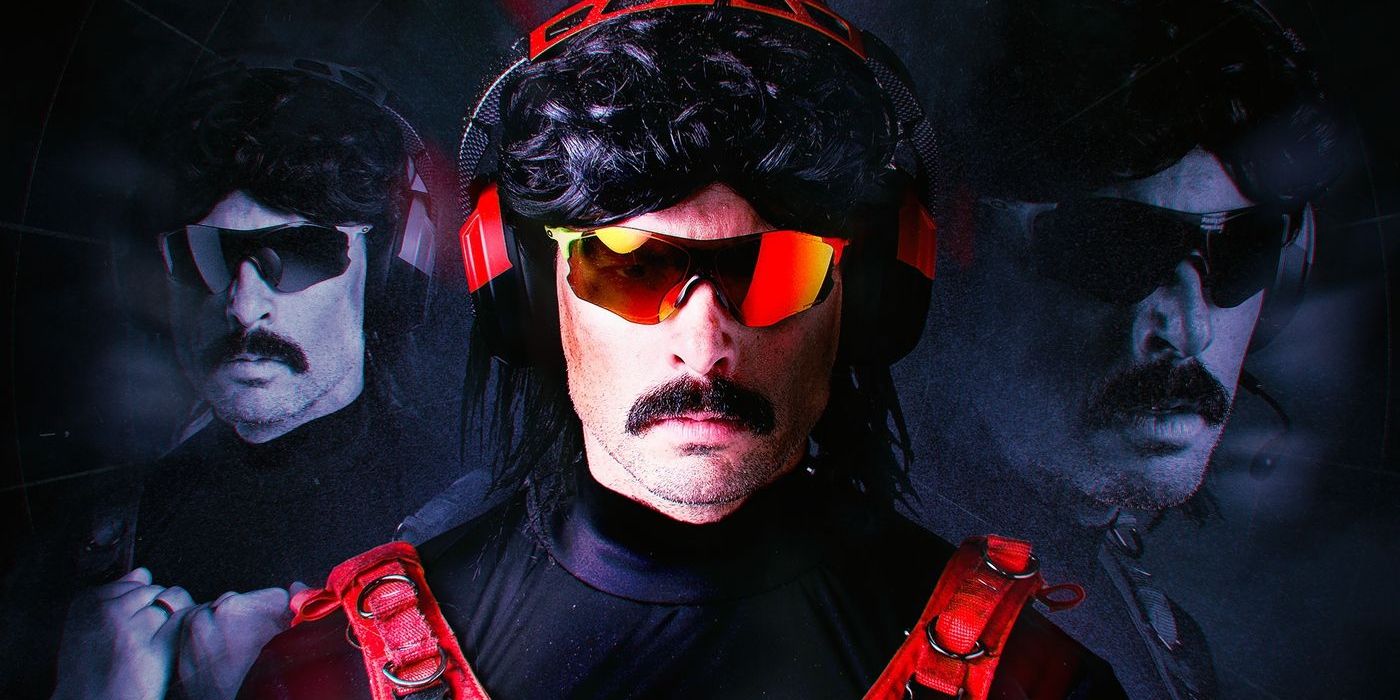 Twitch’s sudden Dr Disrespect ban has left many scratching their heads. While the ban took place months ago, it still isn’t clear why Dr Disrespect was booted from the platform in the first place. Theories have circulated in the time since, with many suspecting some sort of legal trouble to be the root cause of the fiasco, but Twitch has remained tight-lipped, and Dr Disrespect says he doesn’t know the reason for the ban either.

Dr Disrespect has been a controversial figure, with prior mistakes resulting in temporary bans in the past. While the internet personality has lost his ability to stream on Twitch, that hasn’t stopped him from going to YouTube, where he currently streams. At this point, fans may never know why Dr Disrespect was banned from Twitch, with the exact details apparently being relegated to just a handful of people. 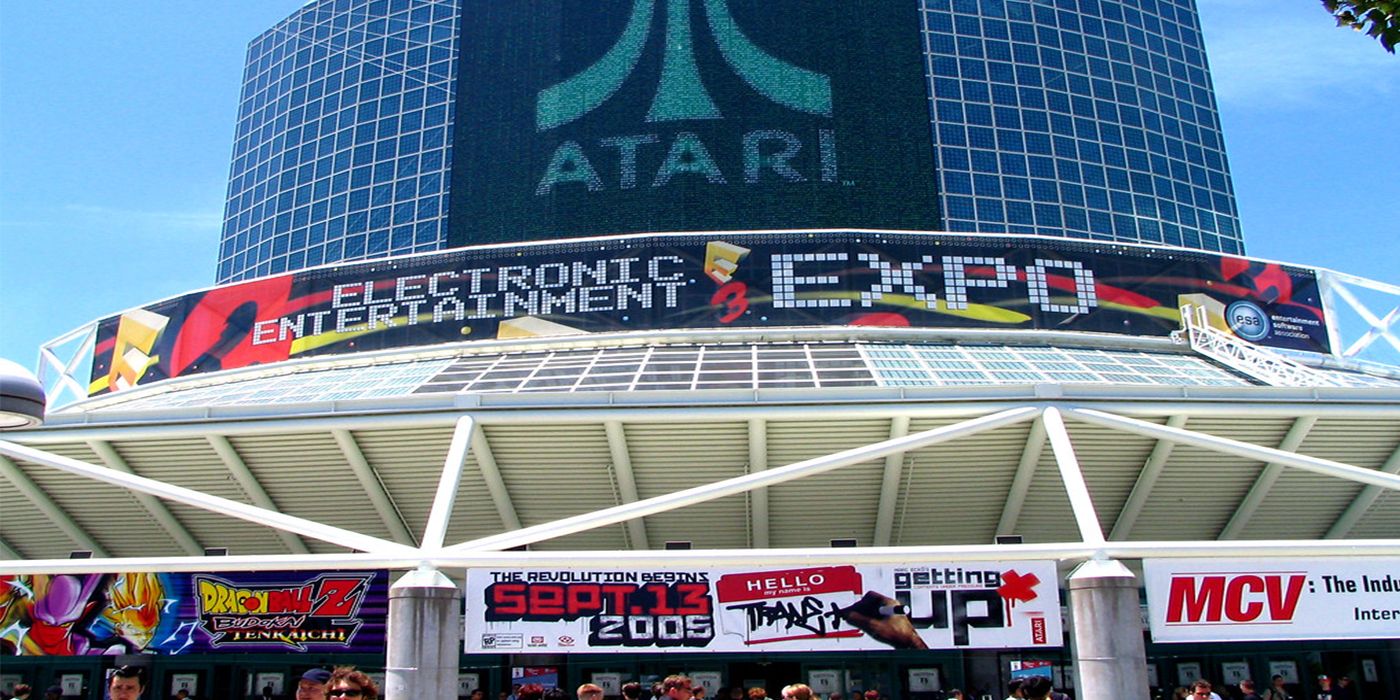 For years, E3 provided gamers with tons of hot new game announcements, demos, and more. The presence of video games at the show has evolved drastically over the years, with the three-day event serving as a sort of video game Mecca for a few decades. This year, however, E3 was canceled because of the coronavirus pandemic.

E3 has increasingly faced criticism over the years, in large part due to how it’s handled integrating enthusiasts with industry professionals on one show floor. After the event’s cancellation, there was some talk that the show may not come back, though E3 is promising a new type of experience in 2021, assuming it’s safe for conventions to move forward by the time the show rolls around. 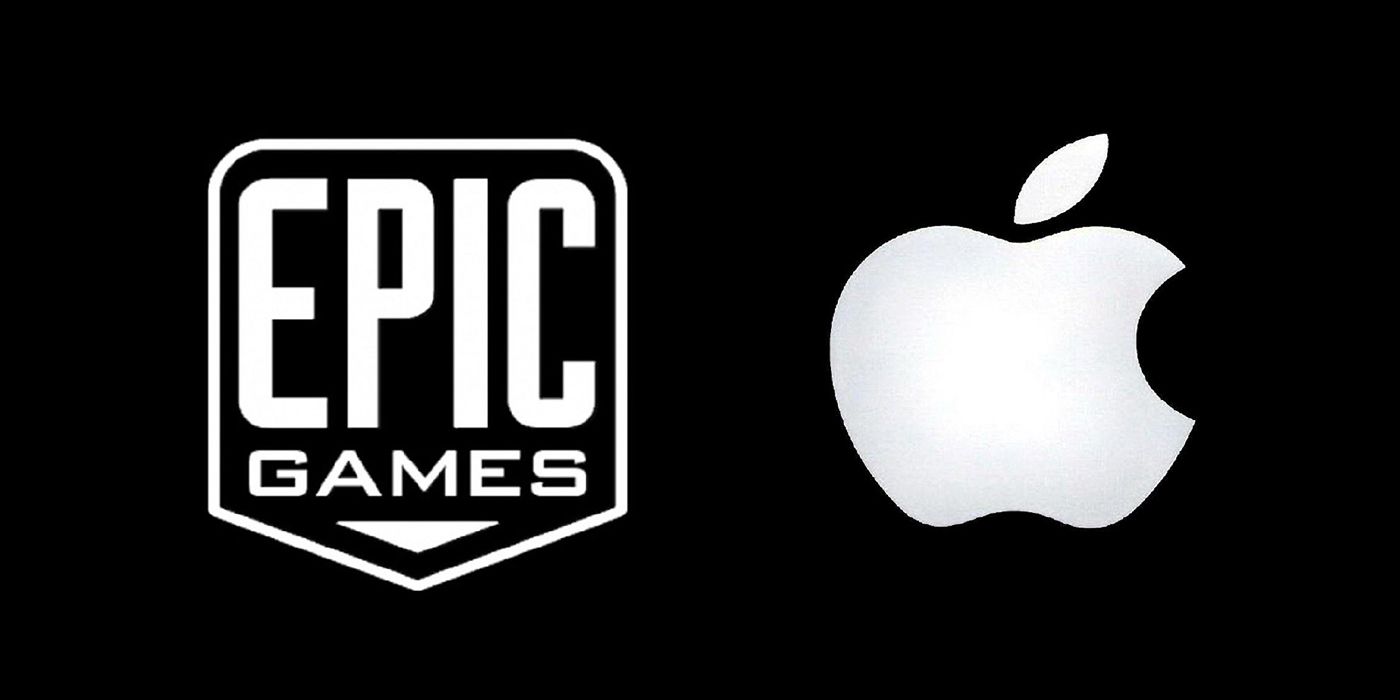 Multi-billion dollar companies squabbling over monetization seems far removed from the concerns of everyday gamers, but Epic’s dispute with Apple over Fortnite’s in-game store is going to have a significant impact on the entire industry. Mobile games are becoming an increasingly important market, but Apple’s 30% of purchases made from the App Store is a tricky subject.

Apple believes that, by merit of creating the App Store, it’s entitled to charge as much of a fee as it wishes from developer’s earnings through its store. Epic Games, on the other hand, maintains that the 30% fee is too high, and that by introducing such high fees, Apple is stifling innovation that could be funded by the additional revenue. It’ll be months, or even years, before the dispute is resolved, but if Epic wins, the mobile games industry could be dramatically reshaped. 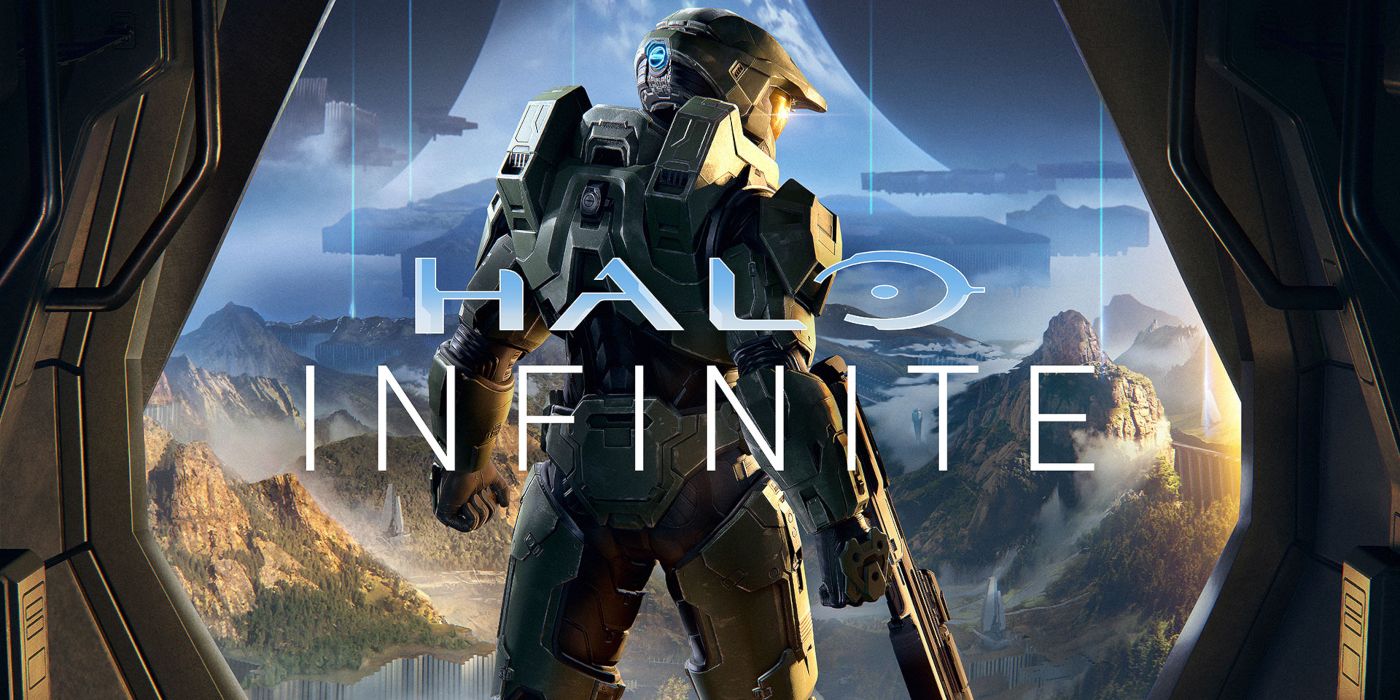 It’s been an interesting year for Xbox. With promising new hardware and a beefy roster of first-party studios, Xbox’s future outlook is bright, but the Xbox Series X launch lineup was slim. Of course, this wasn’t helped by Halo Infinite’s delay, which has now pushed the game back to fall 2021, roughly a year after the game was slated to release.

With Cyberpunk 2077’s busted console launch, extreme delays no longer seem as bad as they once did. Halo Infinite was heavily criticized following its gameplay reveal, with many calling out the game’s graphics as sub-par. While Xbox didn’t cite this as the specific reason for the delay, it’s clear that the title needs more time in the oven. While a year is a long wait for Xbox fans – and the Xbox Series X’s library – new Halo Infinite screenshots released by developer 343 Industries show a lot of promise. 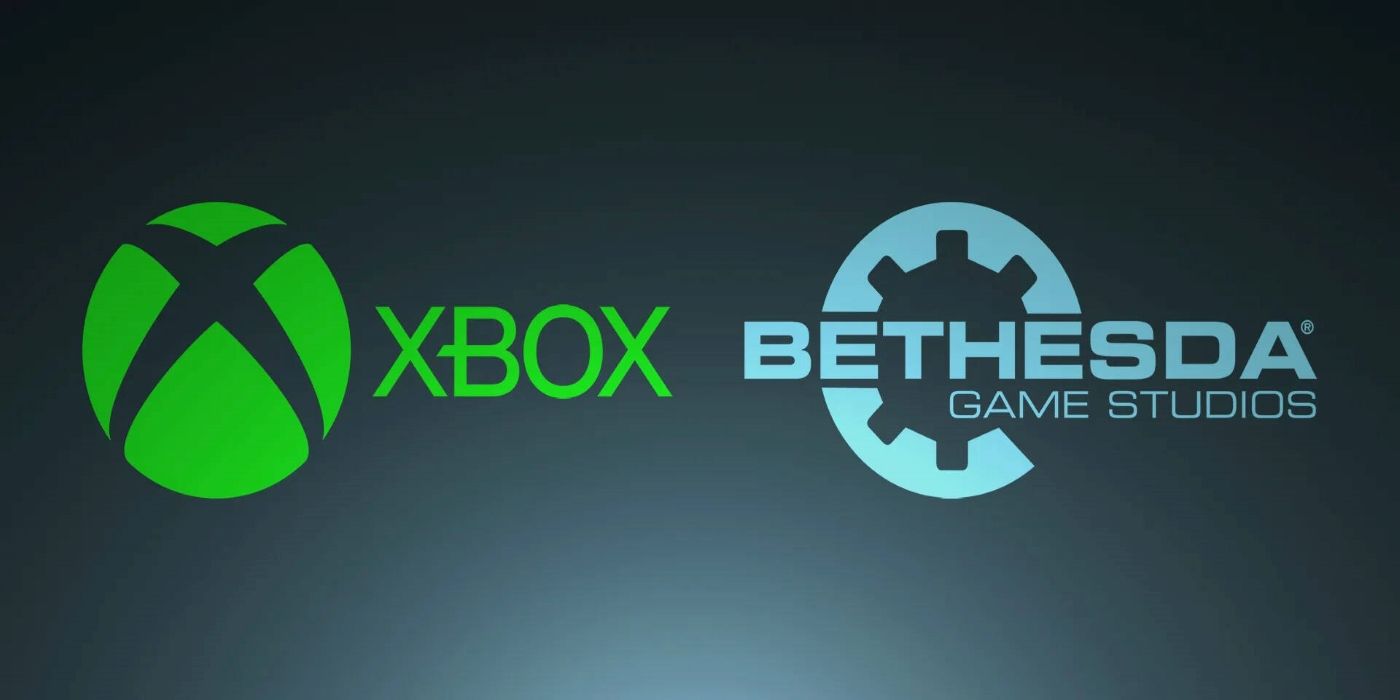 Microsoft has been on a sort of spending spree for these last few years, picking up major studios like Obsidian Entertainment and Double Fine. This year, however, Microsoft announced its acquisition of Bethesda and ZeniMax, making for one of the company’s largest purchases.

The move adds a number of major IP to Microsft’s roster, including The Elder Scrolls and Fallout, among many others. Bethesda has always had a strong working relationship with Microsoft and Xbox, so the studio does seem like a natural fit with the brand. Plus, this doesn’t mean all of the studio’s games are going to be exclusive, with Microsoft promising that exclusivity will be handed on a case by case basis. 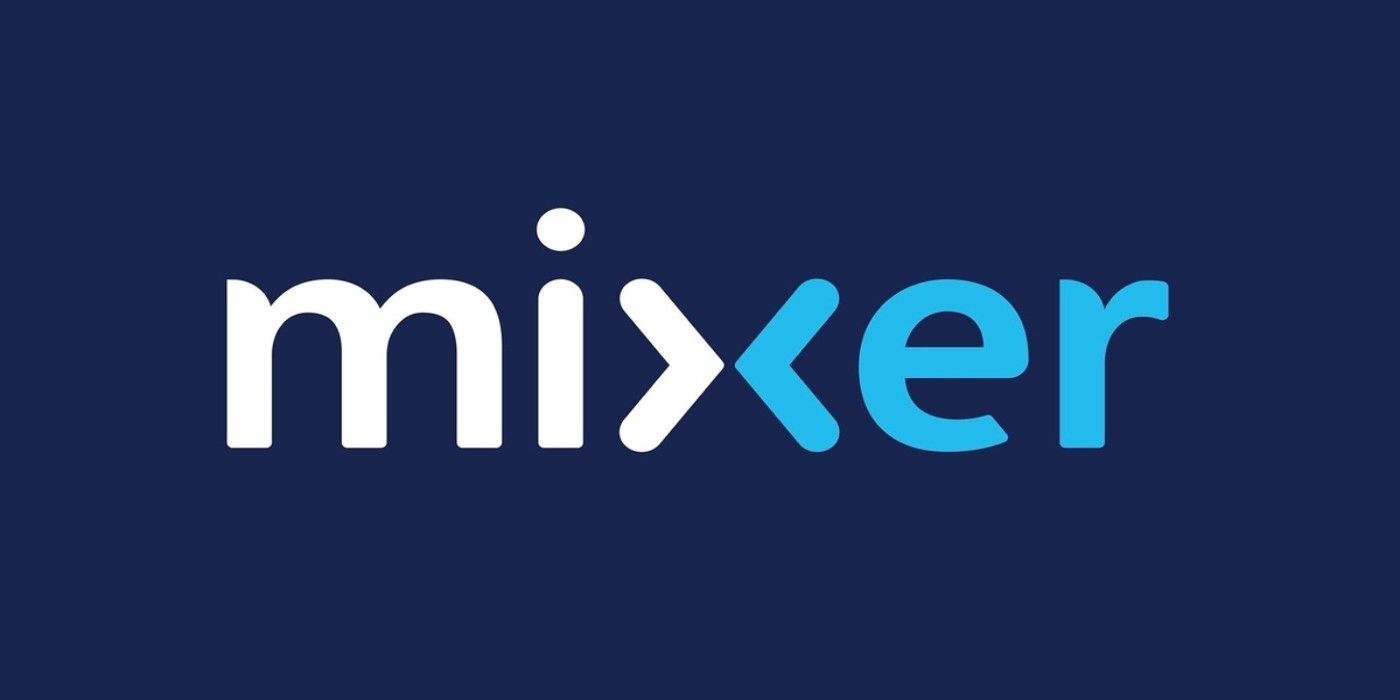 One of the most shocking events of the year involved Mixer’s shutdown. While the streaming service never quite rivaled its competitor Twitch, Microsoft was heavily invested in the platform, integrating it with Xbox devices in hopes to attract more users. With big-name streamers like Ninja signing exclusivity contracts, it seemed like it was here to stay.

Then, abruptly, Microsoft announced that it would be shutting down. The last few weeks were a difficult time for small streamers that had fostered communities on the platform, along with everyone else that had a vested interest in the service. In Mixer’s absence, Microsoft has opted to partner with Facebook Gaming, though the partnership hasn’t made the waves that Mixer did, even if it was short-lived. 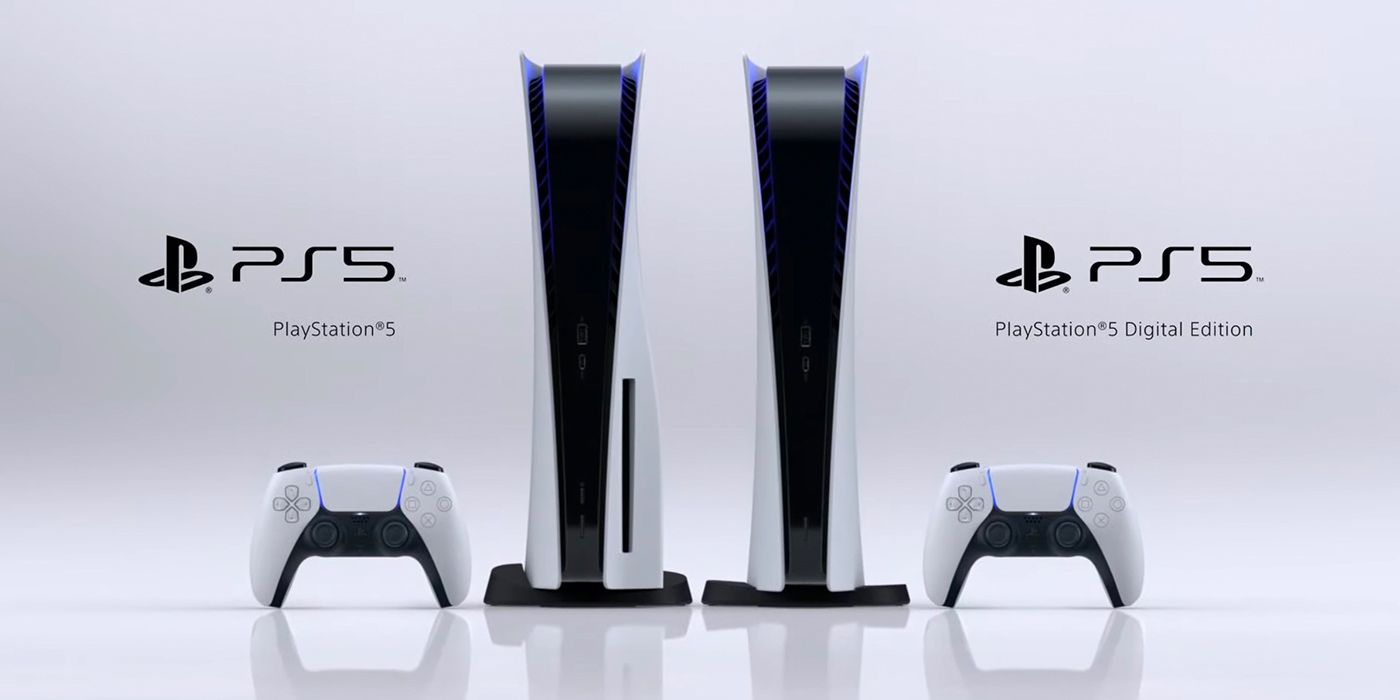 This year saw the releases of both the Xbox Series X and PS5, but fans knew suspiciously little about the latter until late this year. The PS5 design reveal took place in June, just months before the console released. It was a bold strategy for Sony, but considering the PS5’s success, it’s fair to say that it’s all shook out.

The design itself was met with a great deal of ridicule. The console boasts a futuristic look, one that many feel doesn’t blend into entertainment centers or with electronics. Now, months after the reveal and about a month after launch, jokes about the console’s design have mostly faded, though it’s certainly a console that will stand out as time goes on. 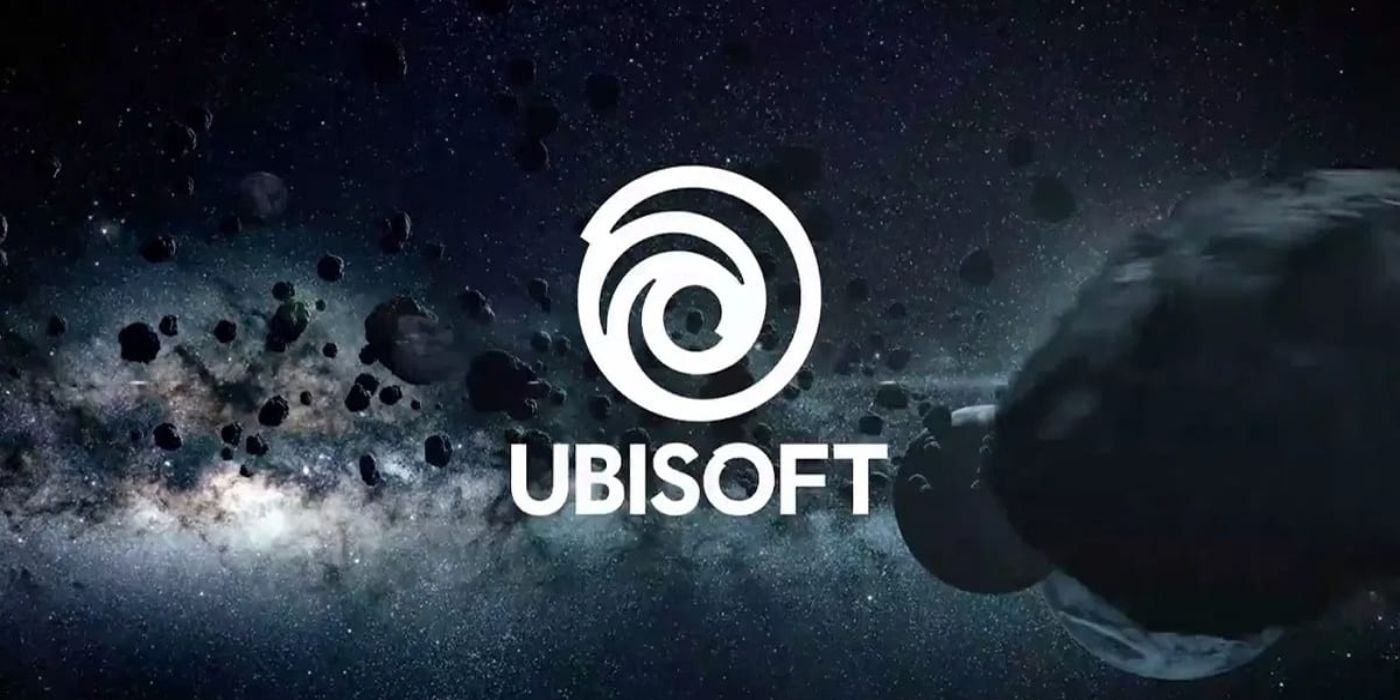 One of the most shocking reveals of the year involved numerous controversies from Ubisoft. Allegations of hostile workplace environments, toxicity, and sexism shook public perception of the company. Even worse, management is largely to blame for the issues, with some upper-management reportedly claiming that “women don’t sell,” and at least one instance of a Ubisoft employee using their position to pursue an extramarital affair.

Ubisoft CEO Yves Guillemot promised changes to the company in the wake of the issues surfacing, but the damage to its reputation has been done. Many of those responsible for the toxicity have since departed from Ubisoft, though it will still be a while before the company regains its previous reputation.

In 2020, it was easy to look around and see nothing but doom and gloom. While there were some great new games to experience, not everything met expectations, which doesn’t make a bummer of a year any better. However, the future looks bright, not just for games, but also the world. Hopefully, things are able to return to normal next year, with brighter stories to share with friends and family.