Episode 4 of The Book of Boba Fett had some easter eggs that were well hidden and other easter eggs and references that were right there in the open.

You Are Reading :The Book Of Boba Fett Episode 4 Easter Eggs 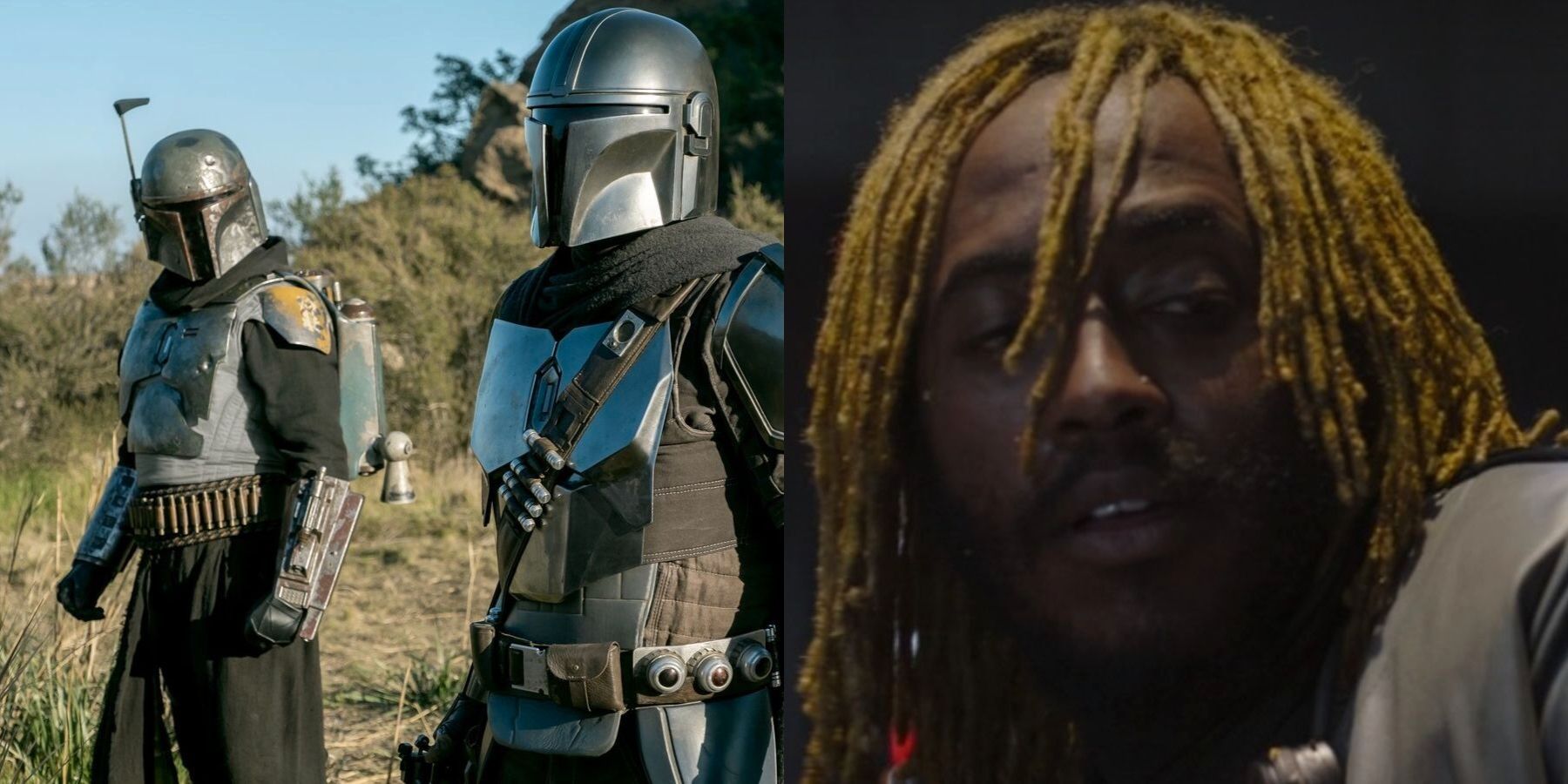 That is, of course, the way that any good easter egg hunt should go. In order to pull people in and make sure they’re really paying attention, there needs to be some that aren’t experts on the Star Wars source material can find. There also needs to be things that are well hidden so that people who are indeed experts can be challenged and even have some bragging rights when talking about the episode later. The fourth episode of the season did a very nice mix of both. 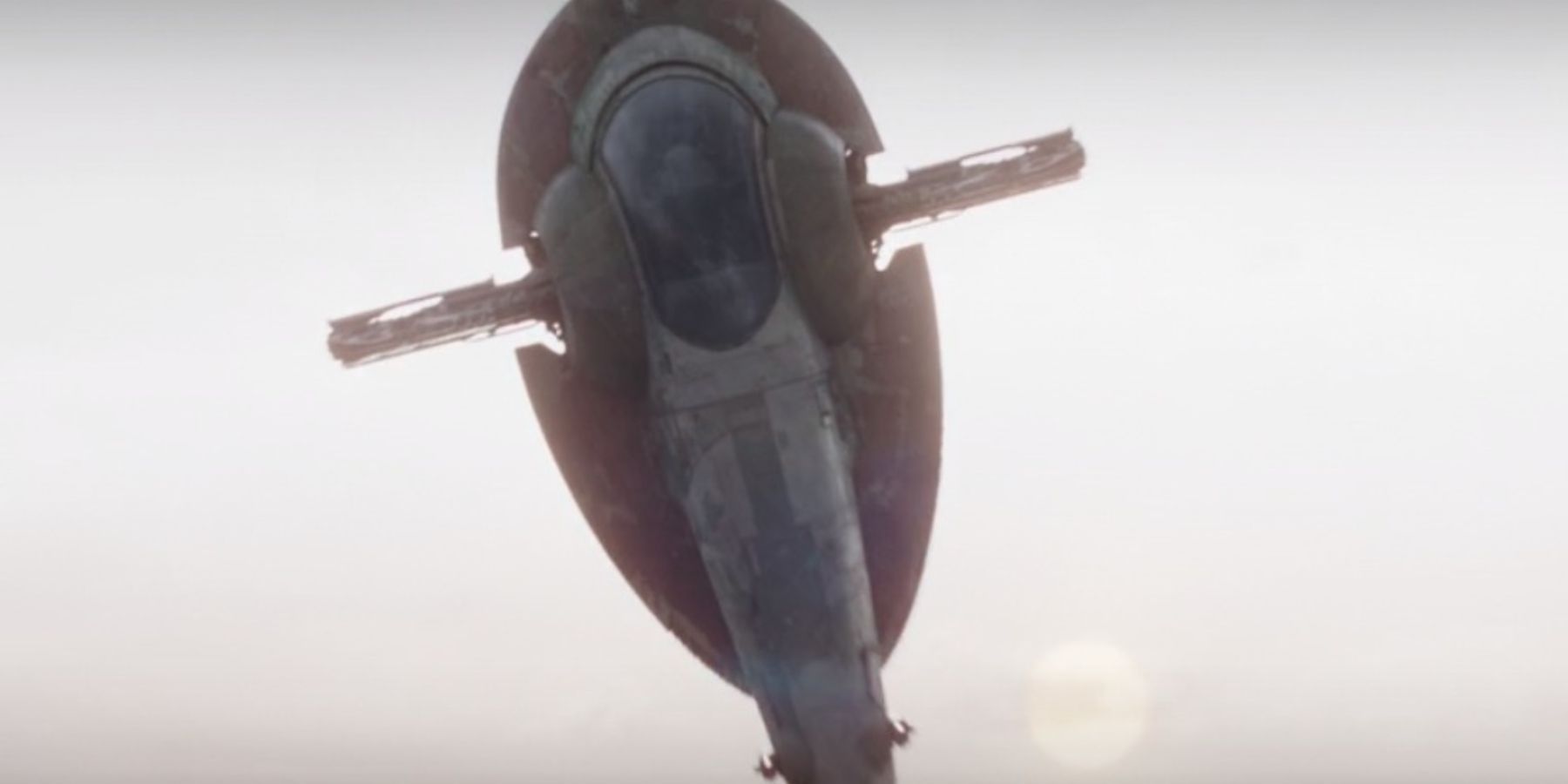 It seems funny to think that episode 4 of The Book of Boba Fett was the first time this particular ship made an appearance on the Disney Plus show. Granted, Boba and Fennec Shand have walked pretty much everywhere they went and there hasn’t been much need to fly around, but considering how iconic this ship is to Star Wars fans, it still stands out.

Once known as Slave 1, it’s now simply known as “Boba Fett’s ship” but no matter what it’s called anyone who watched the former bounty hunter make his way across the galaxy knows this particular craft. It was such a big reveal in the show that the two main characters stopped for a beat and just took the thing in.

A Nod To Aristotle 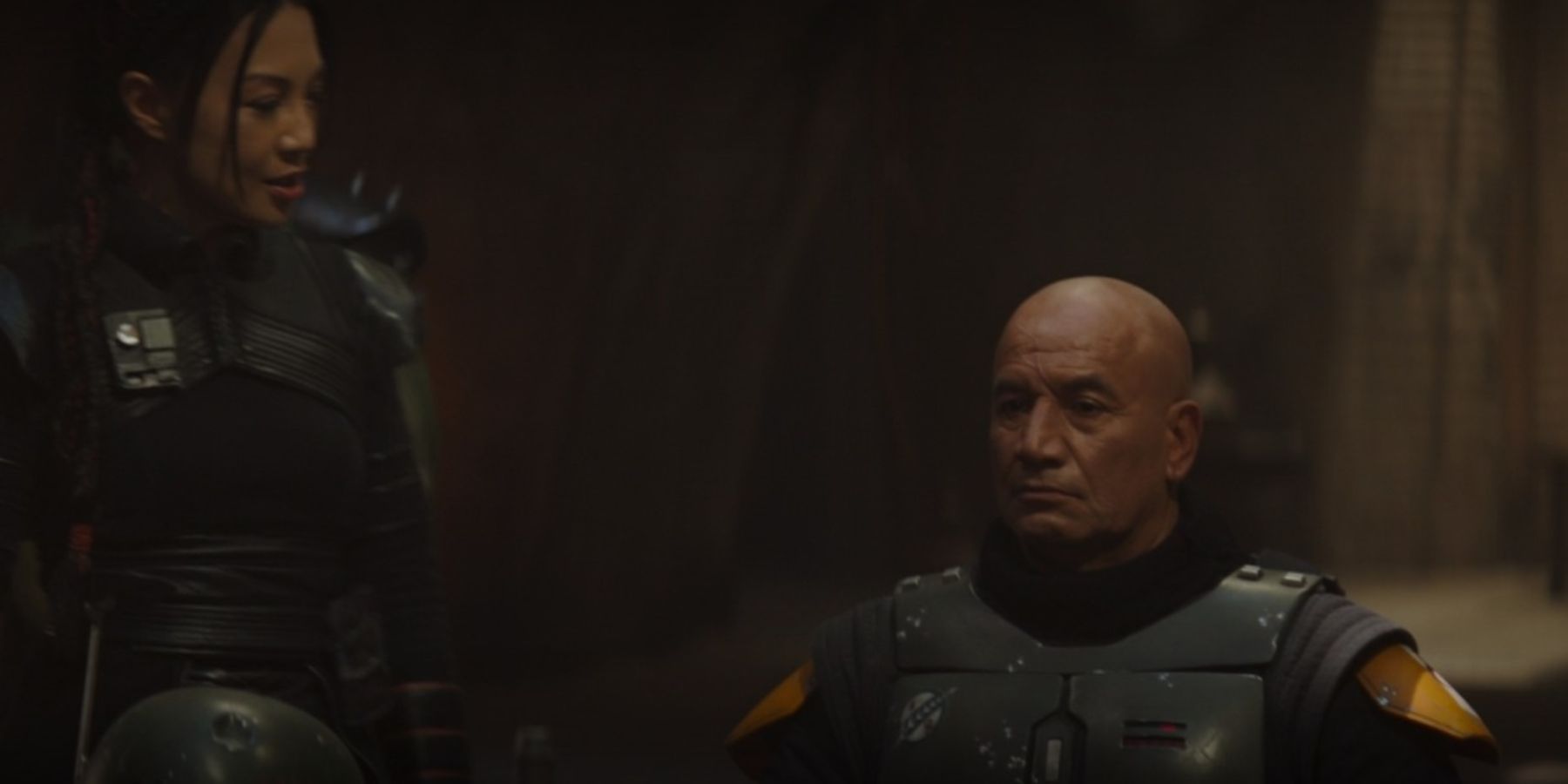 Not all the easter eggs hidden in this episode of The Book of Boba Fett harken back to other Star Wars tales. There was at least one bit that was a rather deep dive. It was also admittedly a bit of a stretch and more of a nod than a direct reference to Aristotle but it was definitely still there. When Boba and Fennec Shand are discussing the fact that the crime bosses of Tatooine need to come together and really have someone take over, the former bounty hunter told his right-hand woman that “power hates a vacuum.”

If this quote sounded vaguely familiar to viewers, it’s because it’s a bit of a riff on a famous quote from the Greek philosopher. Aristotle did have a slightly different take on things when he famously said “nature abhors a vacuum.” The sentiment is roughly the same however: a vacuum cannot exist in either because there is always something or someone there to fill the empty space. Boba is hoping he’s that guy. 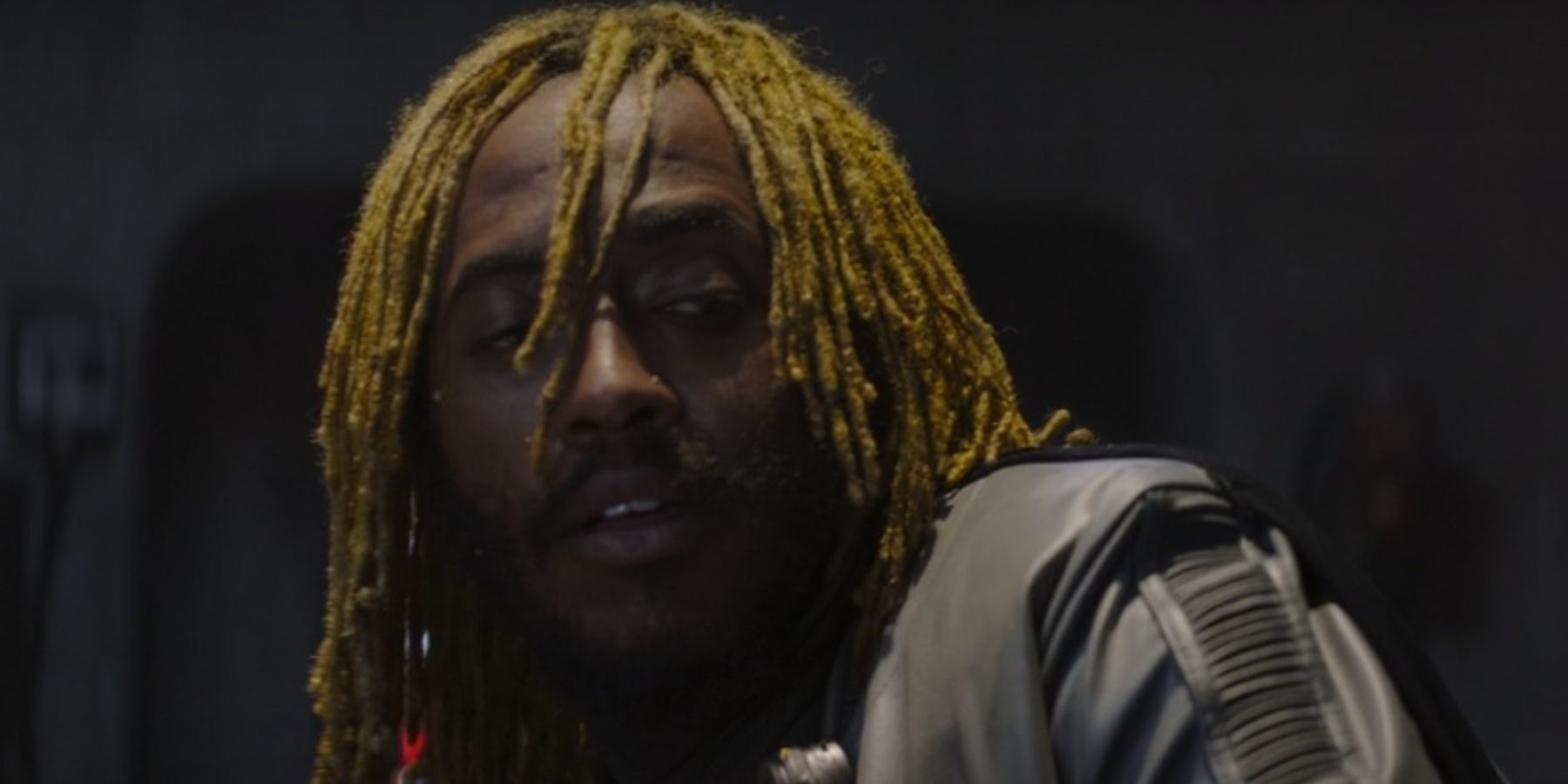 One of the first easter eggs to pop up in this episode of The Book of Boba Fett was a cameo from a very talented musician. When Boba takes a gravely wounded Fennec Shand to the modder in order to replace enough of her body that she could live, the person who ends up performing the operation is none other than Stephen Bruner, otherwise known as Thundercat. This Grammy award-winning bass guitarist even takes to take a bit of a potshot at Boba, commenting that he thinks the former bounty hunter is a little too old to be looking for body mods.

The performer, who got his start with the group Suicidal Tendencies has since gone solo and worked alongside the likes of Erykah Badu, Mac Miller, and Kendrick Lamar. There have been plenty of cameos in The Book of Boba Fett, but this appears to be the first time a Grammy-winning musician made an appearance.

The Child And Boba Fett 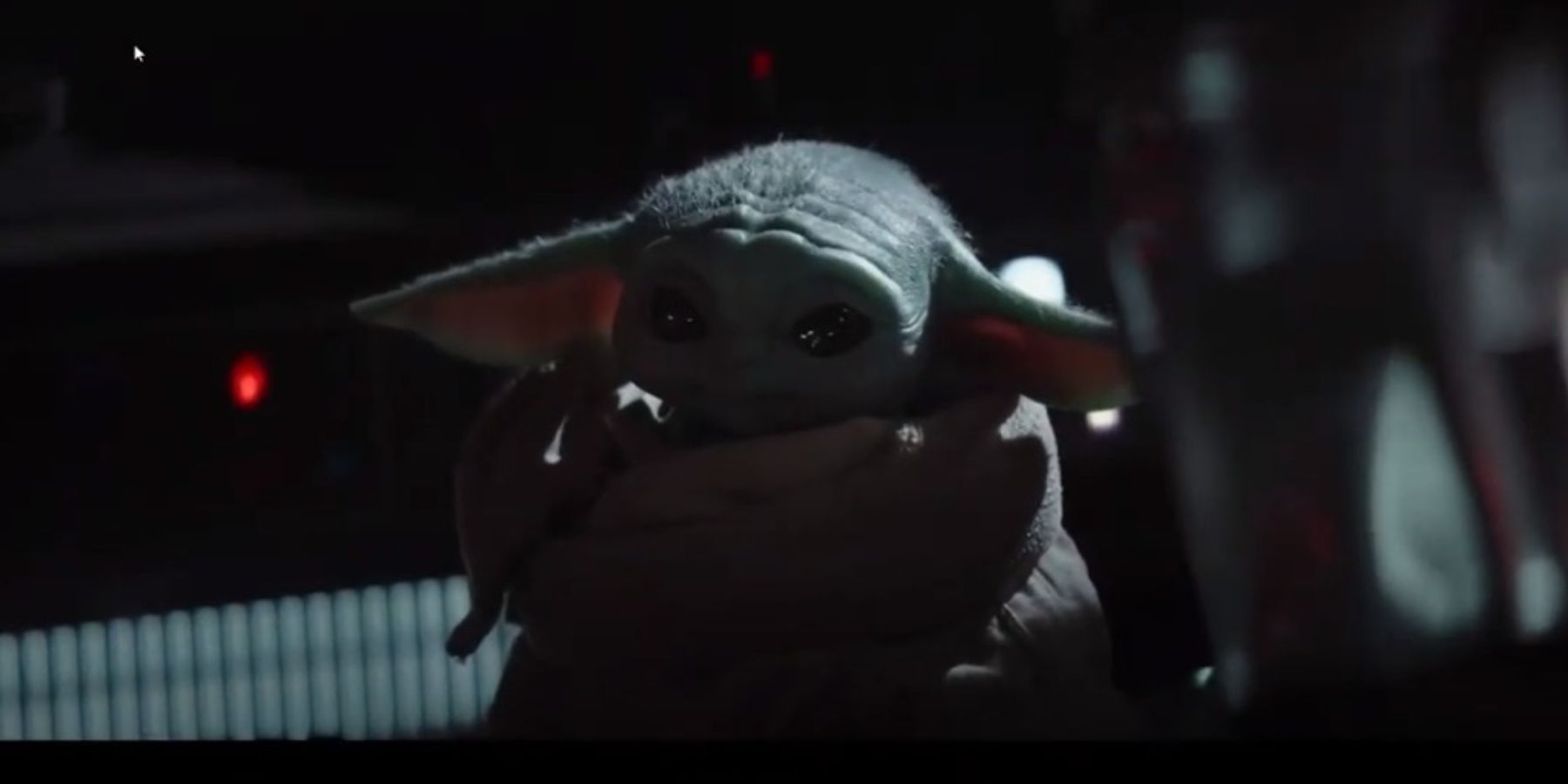 While Grogu was a big part of The Mandalorian, he hasn’t made an appearance in the spinoff series … at least not yet. That doesn’t mean there wasn’t a bit of a wink and a nod to the character in this week’s episode of The Book of Boba Fett. During one scene where Fennec and Boba are trying to take out the Sarlacc so that the the latter can try and retrieve his armor, Fennec takes over the controls in order to launch a bomb.

While the ploy worked and appears to kill the great beast, Boba makes sure in no uncertain terms that his colleague doesn’t think she can fly the hip, telling her not to touch his controls. This appears to be a callback to The Mandalorian when the titular character delivered a similar line to Grogu. Of course, in The Child’s instance, the character immediately touched more controls. 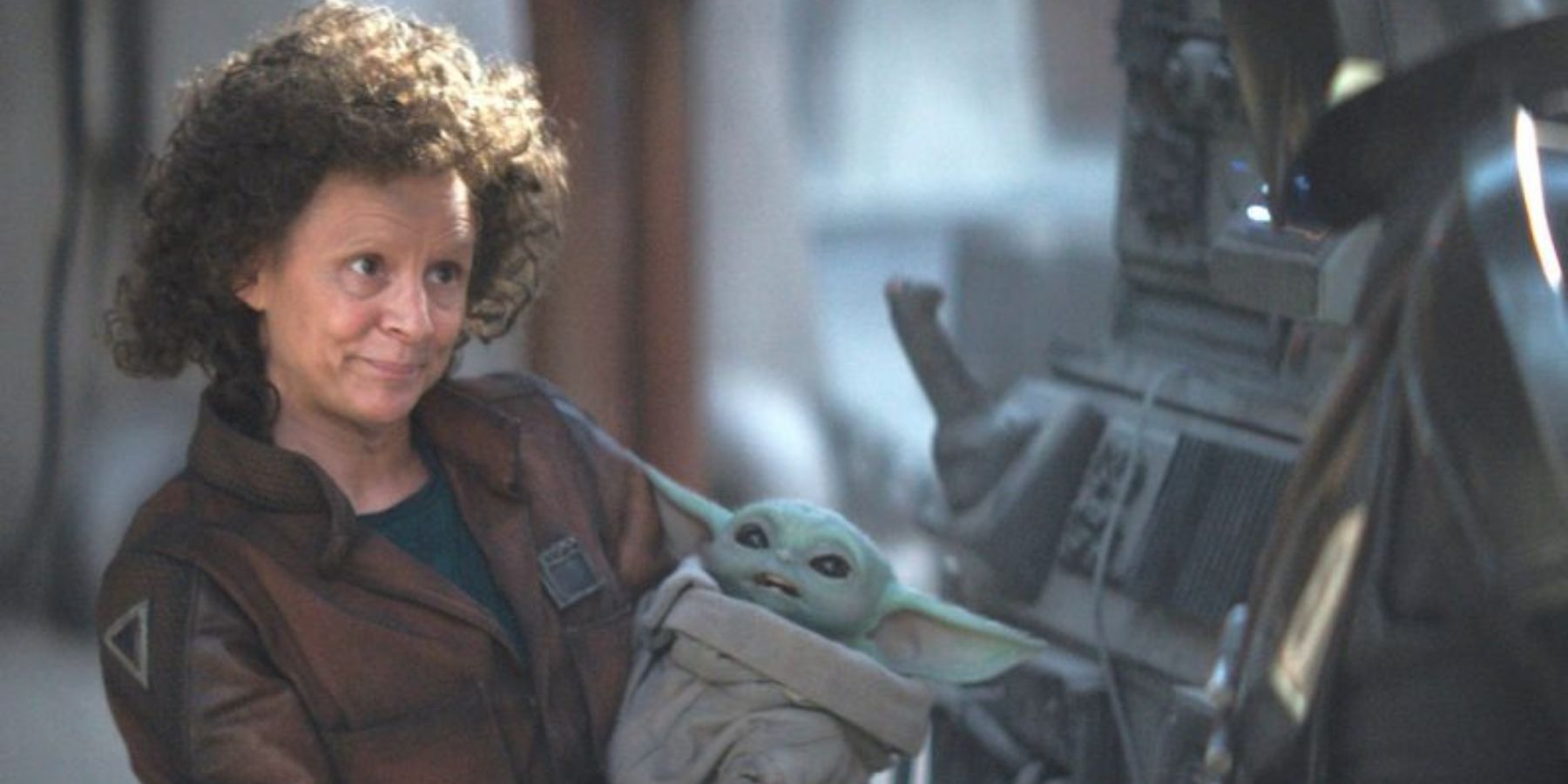 There were actually several callbacks to The Mandalorian this week though most of them were fairly vague. In a scene where Fennec and Boba were discussing fixing up his ship, Fennec tells him that there are “good mechanics at Mos Eisley.”

This is almost certainly a reference to Peli Motto, a mechanic who aided The Mandalorian and Grogu back in that series. Interestingly, this could be the second straight episode of The Book of Boba Fett where Peli Motto has been an easter egg as viewers believe they spotted her walking in the background of one shot in Episode 3. 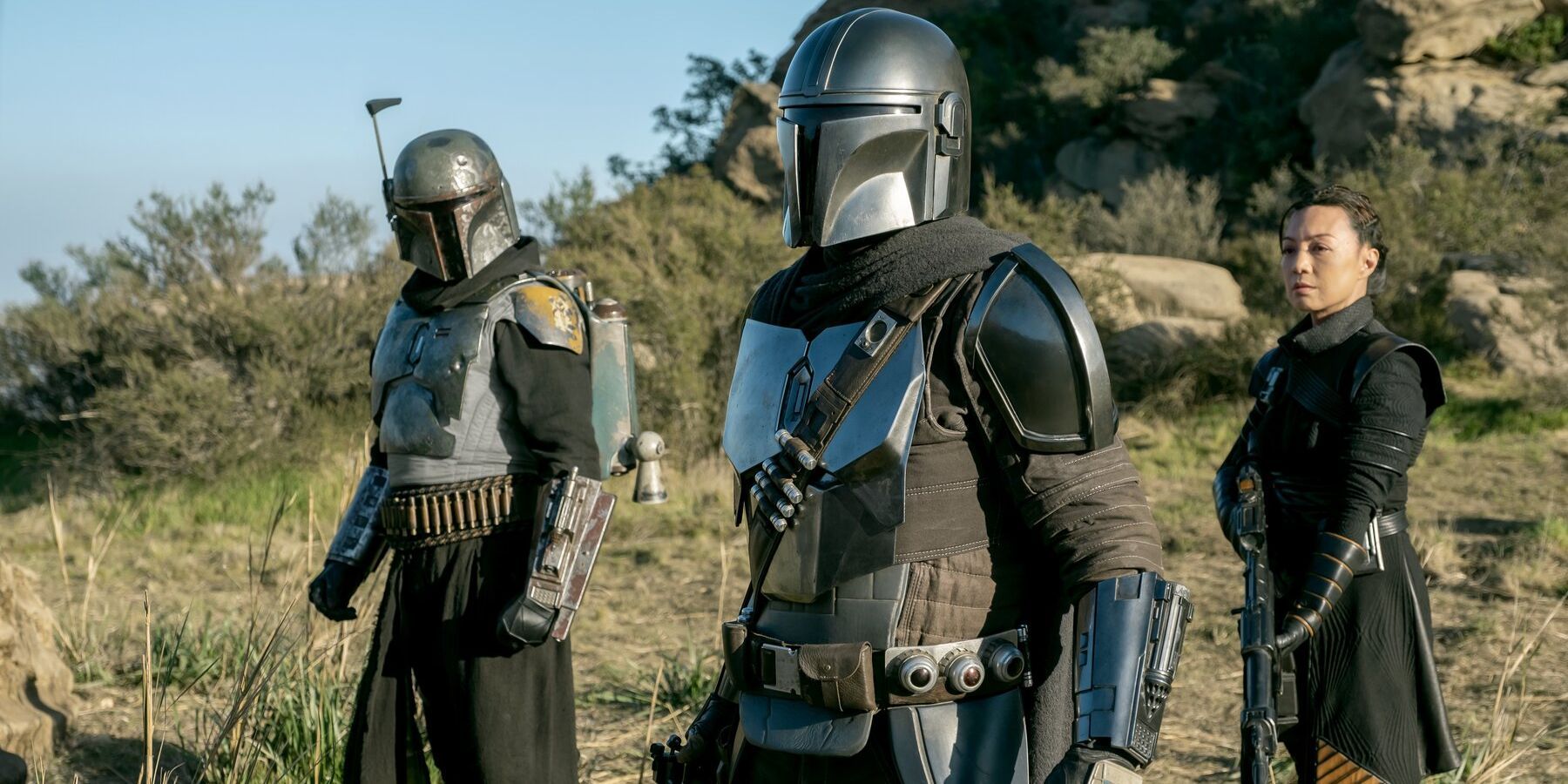 The most obvious easter egg of all when it came to The Mandalorian is when Boba and Fennec were discussing how they could build an army to take on the Pyke Syndicate. She tells the former bounty hunter that “credits can buy you muscle if you know where to look.”

Directly after she delivers this line, the theme song for The Mandalorian begins playing, with the obvious hint being the character will be appearing in an upcoming episode. The crossover makes sense since Boba Fett first made his reappearance on that show and The Mandalorian Season 3 is currently in production. The big question now is whether or not he’ll be popping up in Episode 5 or whether he might be the big surprise that Temeura Morrison hinted at coming in Episode 7.

The Book of Boba Fett streams new episodes every Wednesday on Disney Plus.