Corleone crime family consigliere, Tom Hagen, is known for his great pieces of advice in The Godfather trilogy. These translate to some great quotes.

You Are Reading :The Godfather Tom Hagens 10 Best Quotes 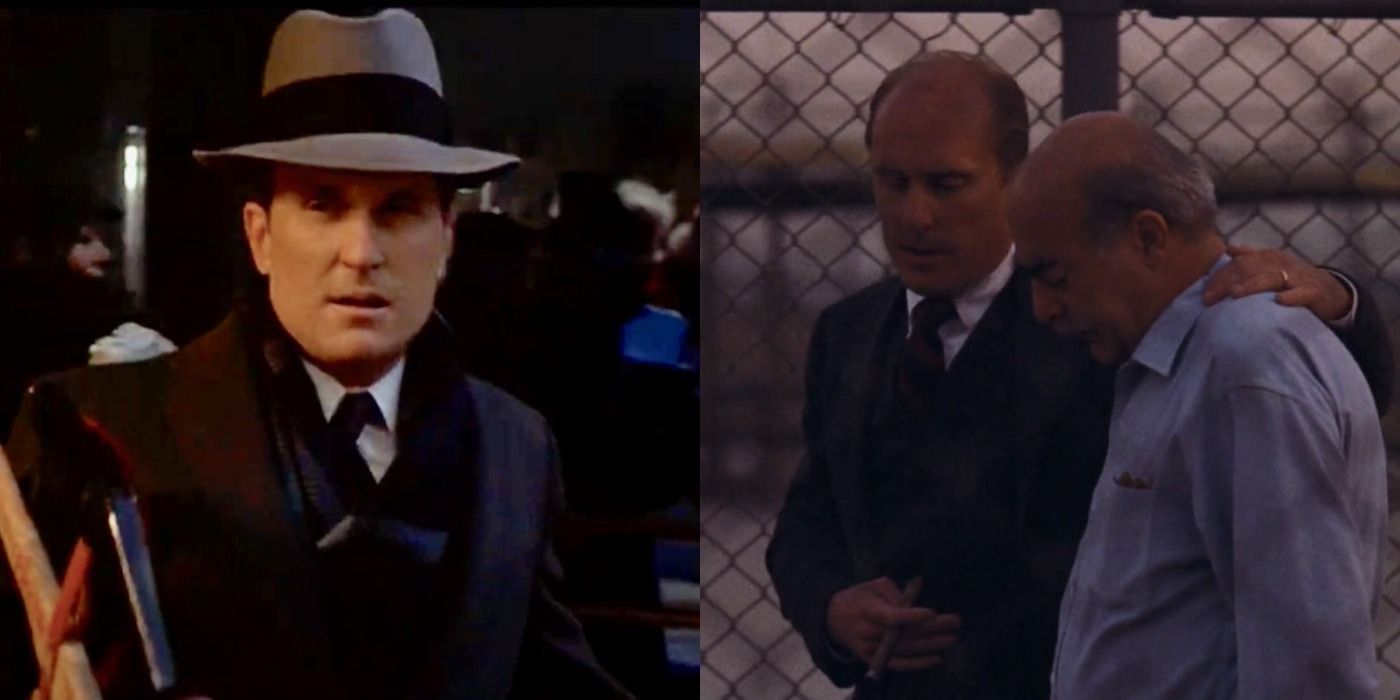 Among the many incredible characters in The Godfather trilogy is Tom Hagen – the lawyer and consigliere of the Corleone crime family. Though he doesn’t have Sicilian blood (a requirement in the Cosa Nostra), he has been treated as a true member of the family ever since Vito and Carmela adopted him from his German-Irish family.

Hagen is ever calm and composed, no matter how tense the situation. As a result, he always picks the most appropriate words to say to those he is in dialogue with. His position as consigliere also doesn’t give him the luxury to speak recklessly. A lot could go wrong if a person like him blurts out misguided pronouncements.

When Woltz Asks What He Does For A Living

“I Have A Special Practice. I Handle One Client.” 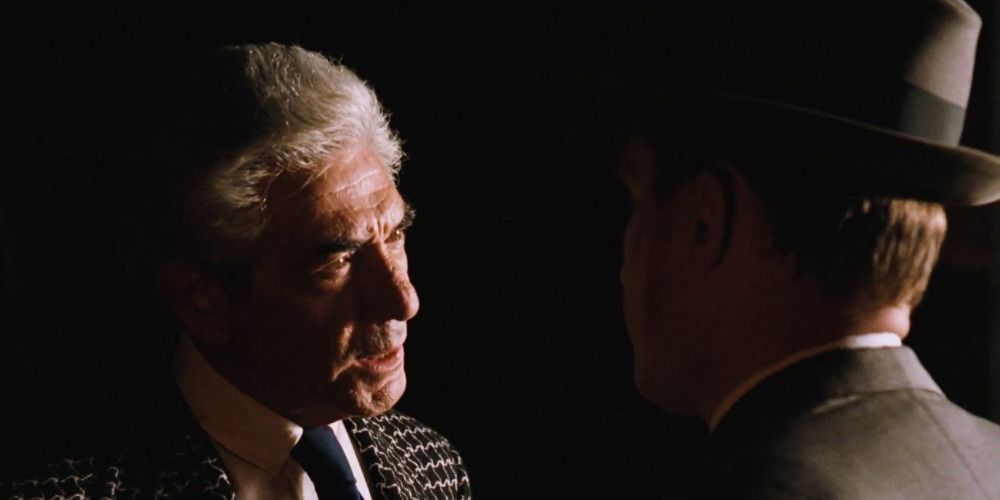 Vito dispatches Hagen to Jack Woltz after the influential Hollywood producer refuses to cast his godson, Johnny Fontane. When Woltz asks Hagen what kind of law he practices, he gives a brief response.

Since the Cosa Nostra is governed by secrecy, Hagen isn’t too keen on telling Woltz what his exact role is in the Corleone crime family is. He does more than just represent the Don in court, but that information is only reserved for made guys. All that matters at the moment is that Woltz understands who he is dealing with and does as he is told.

“No Sicilian Can Ever Refuse A Request On His Daughter’s Wedding Day.” 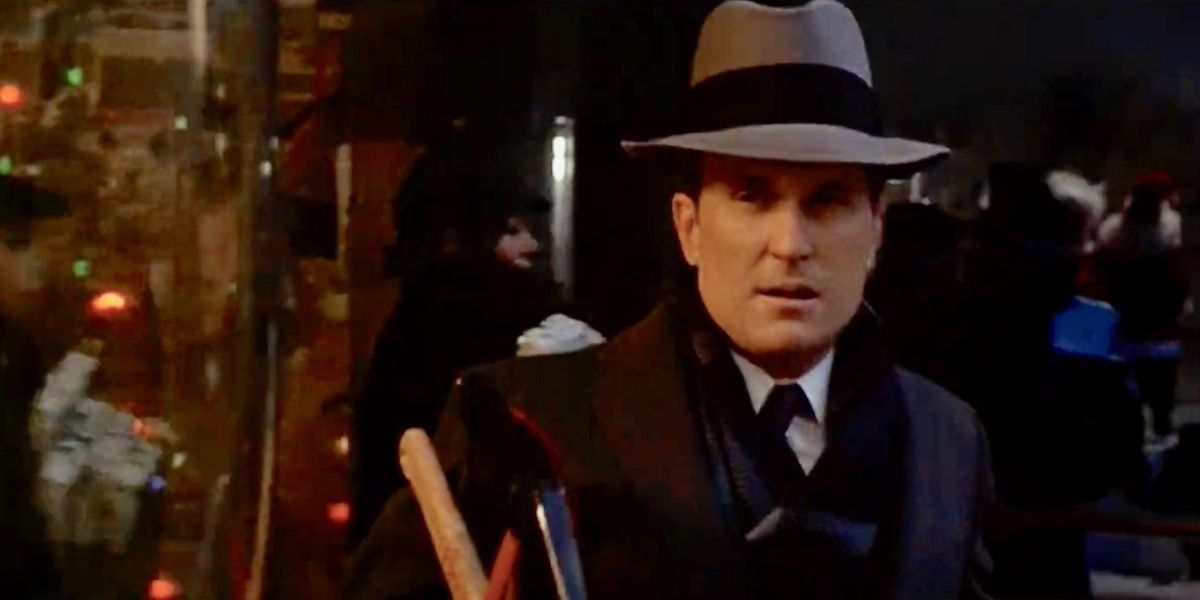 As Connie’s wedding ceremony is going on, Kay and other women wonder why many people are asking to meet Vito. Hagen explains that Sicilians love their daughters very much, hence they are always in high spirits when said daughters are tying the knot.

Hagen not only makes such a good consigliere because he offers great advice but also because he always knows why things happen the way they do. He is right about Sicilians not turning down requests on wedding days because Vito is later seen accepting Bonasera’s request for justice, even though he feels the undertaker the man disrespected him.

As He Chats With Sonny About The Narcotics Deal

“If Your Father Dies, You Make The Deal, Sonny.” 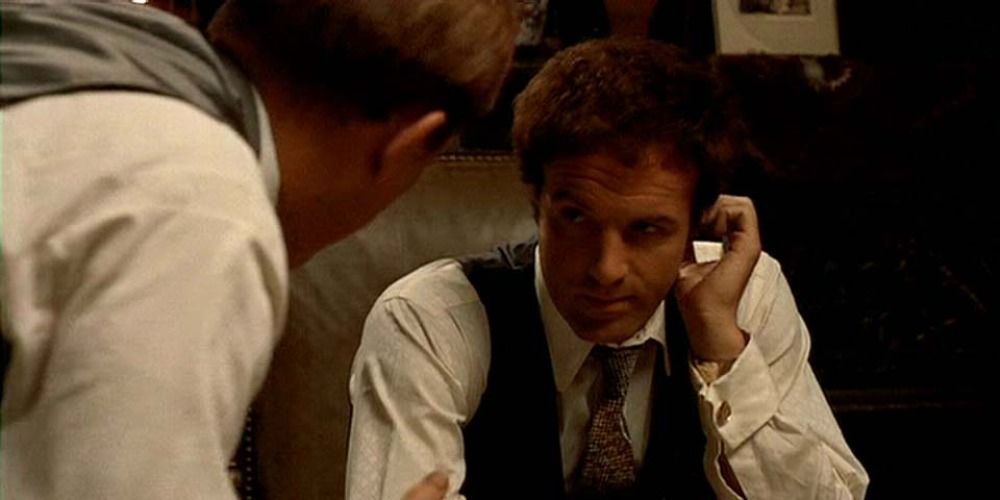 An assassination attempt is made on Vito after he declines Virgil “The Turk” Sollozzo’s offer to enter the narcotics business. Fearing that another death might happen, Hagen advises Sonny to make the deal if his father dies.

Hagen understands that it’s wise for the Corleone crime family to make the deal, otherwise they’ll have so many enemies to fight against. He respects Vito’s decision to reject the offer on moral grounds, but since other New York crime families have agreed to partner with Sollozzo, it won’t make sense for the Corleones to resist.

When Tessio Begs For Leniency 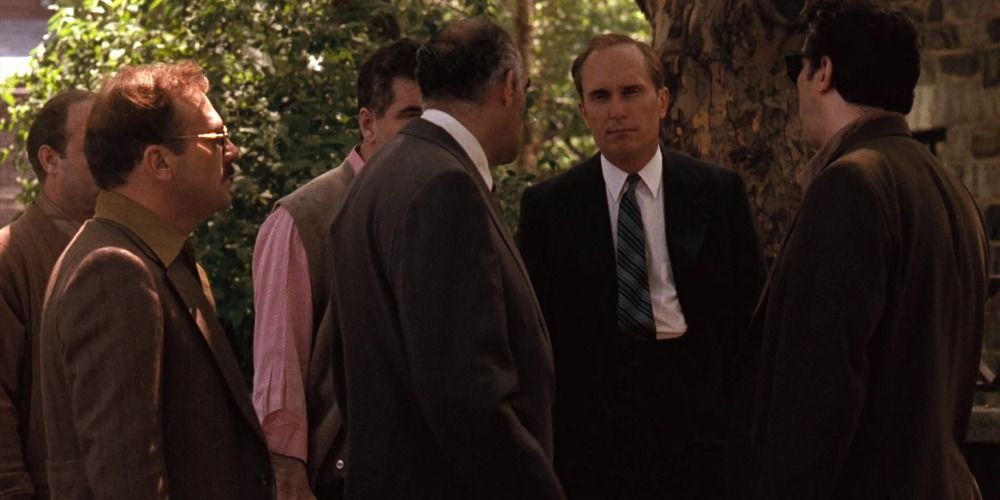 Tessio, one of the best capos in The Godfather, betrays Michael by plotting with Don Barzini to murder the young Don during a peace summit. His plan soon gets discovered and as he is escorted away, he begs Hagen for mercy.

Whether it’s teaming up with a rival family or giving information to the authorities, betrayal has always been considered a cardinal transgression in the mob. Factoring in their long-term friendship, the capo figures he can use Hagen to get clemency. Unfortunately for him, Hagen is not only loyal but also has no respect for traitors.

When Woltz Refuses To Cave In To Vito’s Demands 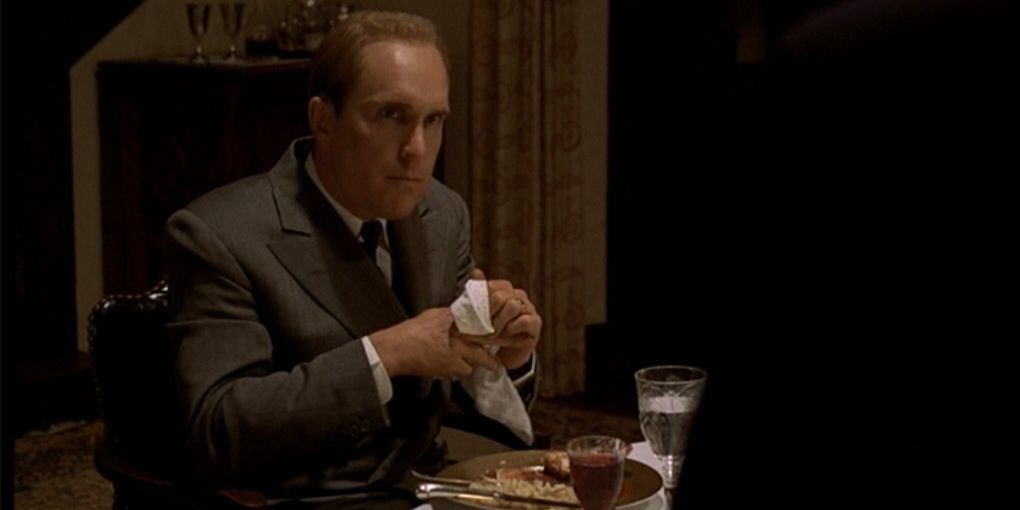 During a dinner with Hagen at one of the best locations in The Godfather, the Woltz mansion, the Hollywood producer declares he will never cast Fontane. Hagen thus leaves, but with a warning.

Most people know better than to decline the requests of mafia bosses, but the power Woltz has amassed in Hollywood gives him the impression that he is untouchable. Additionally, he is used to being begged for opportunities by people in the film industry therefore he believes Vito will keep begging. Instead, Vito orders for Wolt’z favorite horse, Khartoum, to be killed.

Assuring Frankie That His Family Will Be Okay After He Dies

“When A Plot Against The Emperor Failed, The Plotters Were Always Given A Chance To Let Their Families Keep Their Fortunes.” 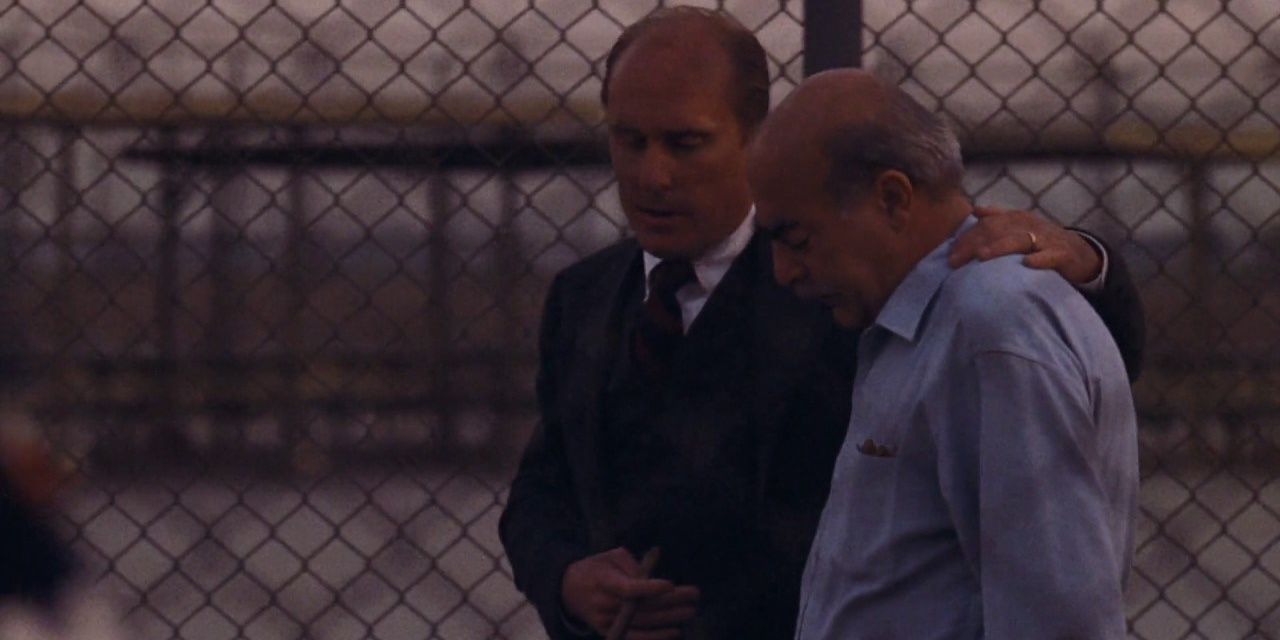 Frank “Frankie Five Angels” Pentangeli agrees to go into witness protection and testify against the Corleone family, but the plan is foiled by Michael and Hagen. Later, Hagen reassures Frankie that even though he’ll be killed, his family will keep his fortune, as was the case in the Roman empire.

Frankie’s decision to become an informant is a misguided one since it stems from hurt feelings. Michael refused to let him kill the Rosati brothers because that would have soiled the deal with Hyman Roth. His conversation with Hagen serves as a reminder that betrayal is the worst sin. But even though punishments are severe, families don’t need to suffer the same fate.

Concerned About Michael Ordering Too Many Hits

“You’ve Won. Do You Wanna Wipe Everybody Out?” 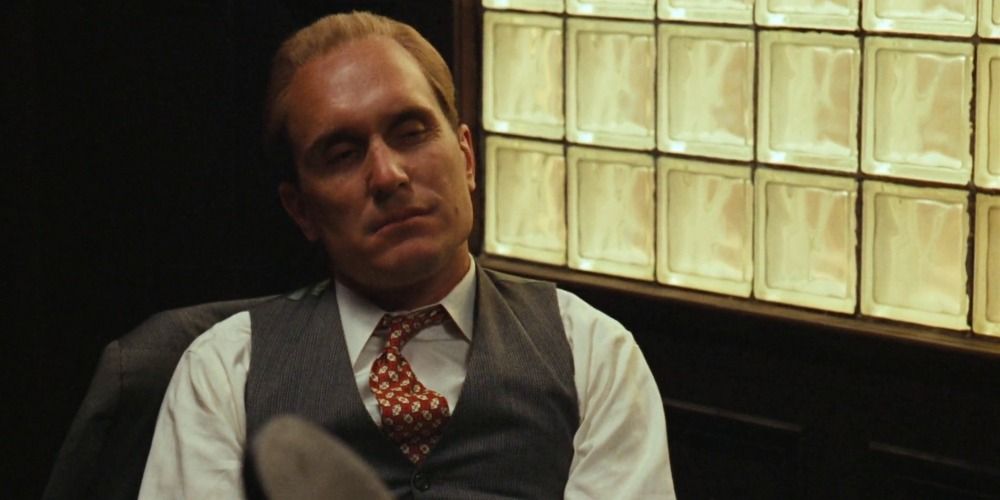 After coming out on top during the Senate hearings, Michael still remains hellbent on wiping all his enemies out. A concerned Hagen wonders whether this is the right move.

The consigliere struggles to get along with Michael as well as he did with Vito. This is mostly because Michael rarely needs any advice. His concern about Michael’s “over-killing” is a genuine one since other enemies will always pop up. But Michael doesn’t see it that way and his stance later comes back to haunt him when his daughter Mary is killed by a bullet meant for him.

When Vito Finds His Wife Crying

“I Didn’t Tell Mama Anything.” 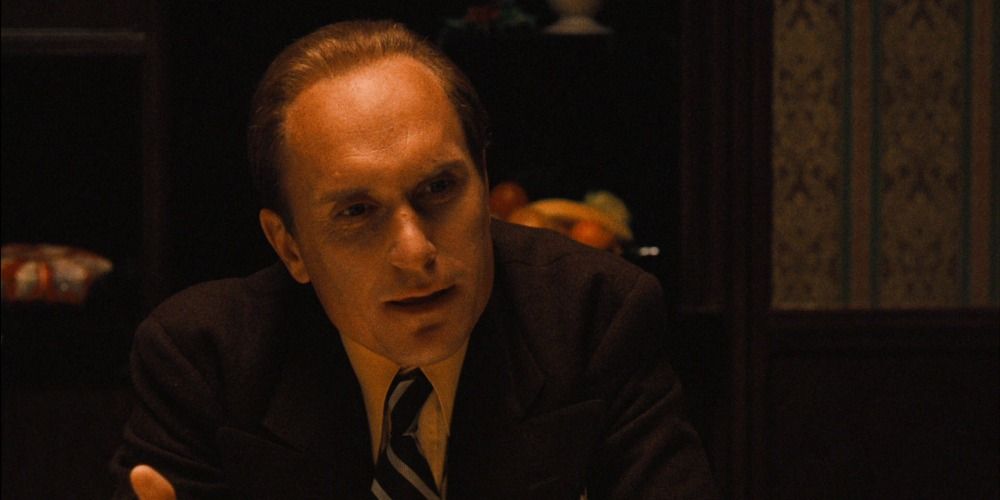 Vito finds his wife crying in the bedroom one night, so he confronts Hagen, thinking he must have broken sad news to her first. Hagen assures him that he didn’t, before informing him that Sonny has been gunned down.

Having spent a lot of time with Vito, Hagen knows just how he will react and that’s why he takes his time before breaking the news to him. Sonny’s death hits everyone hard because he was such a promising mobster. Vito’s reaction after seeing his eldest son’s body is also one of the saddest scenes in The Godfather, simply because fans get to see him shed a tear for the first time in his life.

When Michael Reassigns Him

“Why Do You Hurt Me, Michael? I’ve Always Been Loyal To You.” 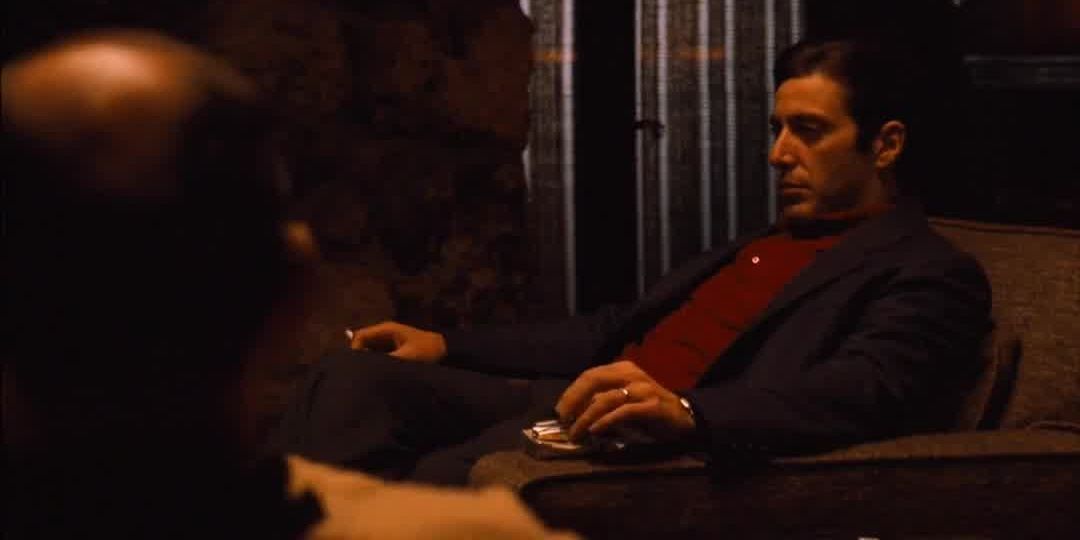 After Vito’s death, Michael briefly removes Hagen from his position as consigliere and puts him in charge of the legal operations in Nevada, Los Angeles, and Chicago. Hagen isn’t happy about his reduced role, so he questions Michael’s judgment.

The consigliere has every reason to worry since people get replaced very quickly in organized crime. However, Micheel’s decision isn’t driven by any malicious intent. He was actually advised to do so by his father before he dies. Eventually, he shows how much trust he has in Hagen by not only reinstating him but also appointing him acting boss for a short period of time.

Reminding Bonasera Of The Favor He Owes Vito

“You Owe Your Don A Service. He Has No Doubt That You Will Repay Him.” 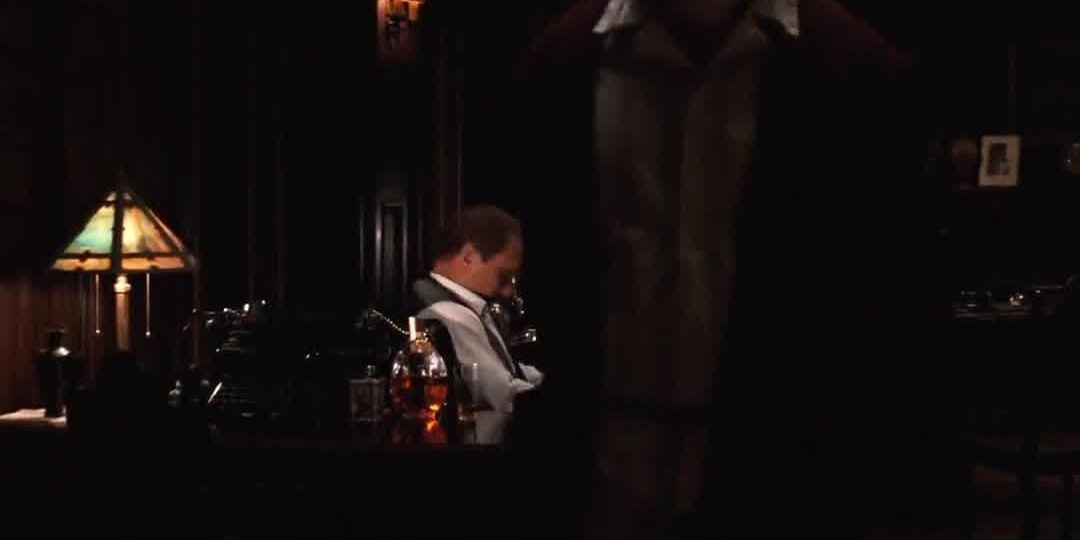 When Vito agrees to help Sicilian undertaker, Amerigo Bonasera, get justice for his daughter who was assaulted, he lets him know that he will ask for a favor one day. That day comes when Sonny dies. Since his body is riddled with bullets, Vito wants Bonasera to apply enough makeup on it and preserve it so that it’s presentable during the funeral.

Once again, Hagen does what he does best, and that is conveying information on behalf of Vito. The makeup and embalming procedure is an expensive one, but Bonasera is more than glad to do it for free because the Don helped him get vengeance at a time when the police had failed to take action. He doesn’t have a choice, either.