The Lion King 2019 Changes How Scar Got His Scar

The Lion King 2019 Changes How Scar Got His Scar

The Lion King 2019 extends the feud between Mufasa and Scar still further by changing how the younger brother got his namesake scar.

You Are Reading :The Lion King 2019 Changes How Scar Got His Scar 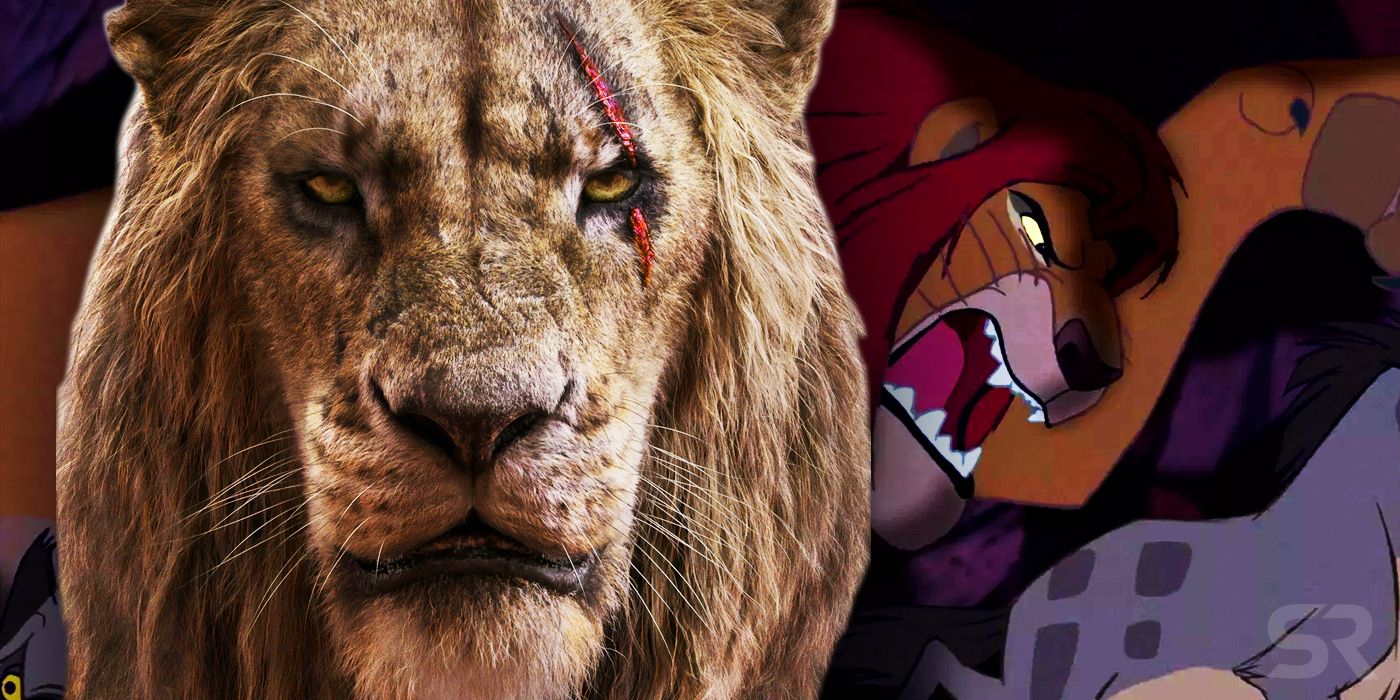 The Lion King 2019 changes how Scar got his scar. After the release of the original Lion King movie in 1994, many were left wondering how Scar came by the deep gash over his eye. Was he always known as Scar, or did he go by another name until an incident occurred which left him maimed for life? The explanation arrived in book series, The Lion King: Six New Adventures, which followed on from the release of the original animated movie in 1994. The first book in the series was titled A Tale of Two Brothers and focused on the relationship between the younger Mufasa and Scar.

There it was revealed that Scar was originally named Taka, which means “waste” in Swahili. While a name hardly excuses Scar’s later behavior, that’s got to sting a little, especially if your older brother, as direct heir to the throne, is named Mufasa, which means King. Right from birth, Scar was deemed to be lesser. Feeling embittered over Mufasa’s future destiny, Scar (Taka) meets three hyenas, Shenzi, Banzai, and Ed, who tell him that if he can make Mufasa look a fool, then he will be chosen as king over him. Scar lures Mufasa to the waterhole, to confront a herd of buffalo that are refusing to share water during a drought. Boma, leader of the herd, charges at the lion brothers, but Mufasa escapes with the help of Rafiki. He returns to rescue his brother, just in time to see one of the buffalo slashing Scar’s face with his horns. Thus, Scar earned his nickname.

The Lion King 2019 changes all of that, ignoring the buffalo tale altogether. Instead, Scar’s injury is hinted at being Mufasa’s fault. Early on in the movie, Mufasa confronts Scar at his cave for missing the presentation of Simba. Scar points out how he was next in line to the throne until Simba was born, his jealousy clear. The pair have a heated discussion, during which Mufasa warns Scar not to challenge him. Scar says that he got the lion’s share of the brains, but the brute strength belongs to Mufasa, adding that he knows better than to challenge him, given what happened last time. The way the scene plays out suggests Scar previously tried to undermine the king, and came off the worst for it.

Thanks to the original Lion King movie, Scar has become one of Disney’s most infamous villains. Not only did he kill his brother in cold blood, he also tried to have his young nephew murdered as well. He then assumed the throne as king, having told the pride that Simba had died too, and drove the animals in the kingdom near to starvation.

The Lion King 2019 adds to Scar’s darkness still further, by having him lust after Sarabi. After the death of Mufasa, he tries repeatedly to make her become his queen, but she refuses, even accepting his punishment of him allowing the hyenas to feed before her. But it’s apparent that this isn’t the first time he’s tried to own Sarabi, as he bitterly reminds her that she chose Mufasa over him in the past. Of course, Sarabi made the best possible choice, but The Lion King 2019 does a good job of emphasizing just how much Scar wanted anything and everything that Mufasa had, including his wife.

When you look at the bigger picture, it’s easy to see how Mufasa could be provoked into scarring his younger brother for life.