Karl Freund’s 1932 film The Mummy still holds up as one of the best cinematic depictions of the monster despite numerous adaptations and reboots.

You Are Reading :The Mummy 1932 Is STILL The Best Film Version Of The Universal Monster 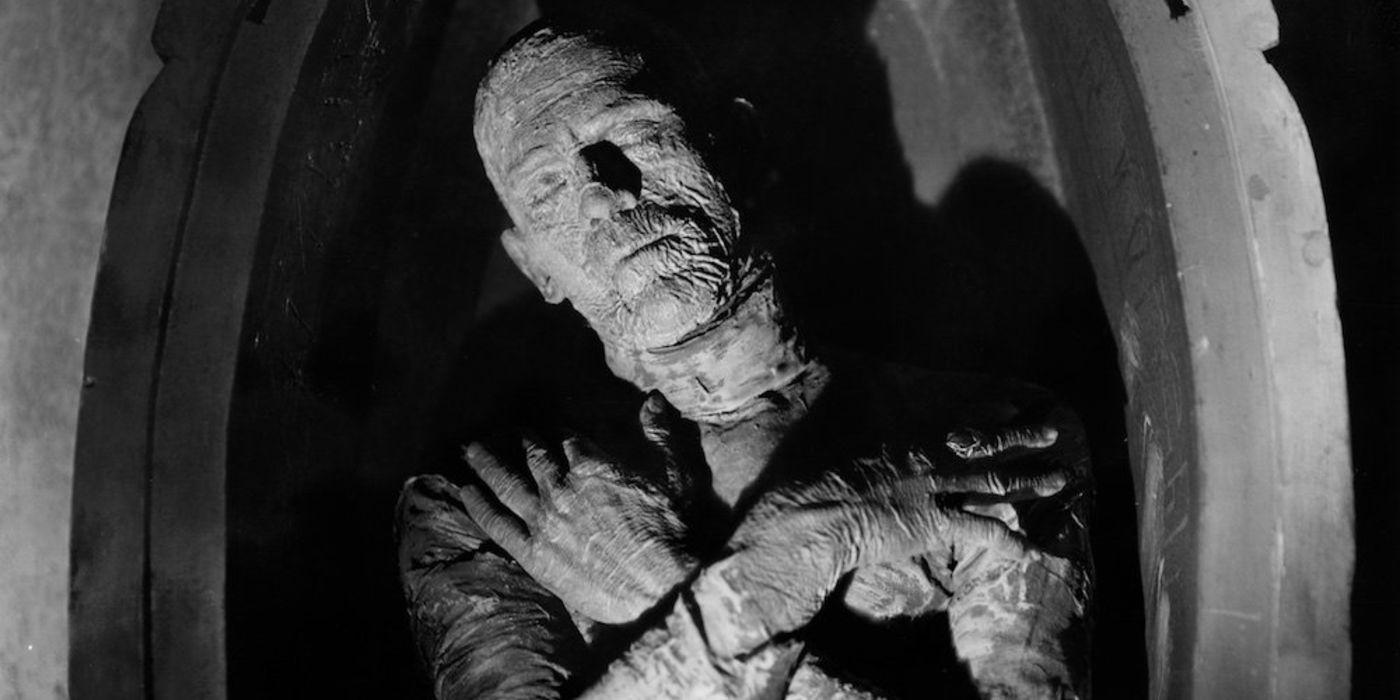 First debuted in 1932 as part of the Universal Horror series, The Mummy has spawned a beloved movie series following a variety of different adventurers as those involved traverse the ancient pyramids of Egypt, fight centuries-old evil, and discover buried treasure. With some of these films being highly rated and others meeting heavy criticism, Karl Freund’s 1932 film still holds up as one of the best cinematic depictions of the mummy.

In its original iteration, The Mummy stars legendary horror actor Boris Karloff in the titular role of an ancient Egyptian priest murdered thousands of years ago for committing sacrilege in trying to bring back his forbidden love from the dead. Raised accidentally by the reading of an ancient scroll, the priest, Imhotep, sets about trying to resurrect his long-lost love once again, leaving destruction in his wake.

The Mummy was remade in 1999 in a series of three films starring Brendan Fraser, and once more in 2017 as the first movie in the Dark Universe series, starring Tom Cruise. While many modern movie goers may be reluctant to delve into the world of black-and-white horror classics, Boris Karloff’s 1932 The Mummy still stands up as the best depiction of the Universal monster—here’s why.

Why The Mummy Still Holds Up After Nearly A Century

With other Universal classic monster movies like Dracula and Frankenstein seeing success in the theatres, producer Carl Laemmle Jr. commissioned story editor Richard Schayer to find a literary novel to form the basis for an Egyptian-themed horror film. However, when Schayer was unable to find a novel to use as a basis for the story, he did some digging. In his research, Schayer learned about Alessandro Cagliostro, the alias of renowned occultist and conman Giuseppe Balsamoand. Balsamoand was known for his expertise in a variety of occult arts; he also showed up in the MCU as the mentor of Doctor Doom. Schayer then collaborated with writer Nina Wilcox Putnam, who wrote a nine page short story about a 3,000-year-old magician who survives by injecting nitrates. This short story served as the basis for The Mummy.

One of the biggest reasons that The Mummy was such a success is the legendary acting technique of horror icon, Boris Karloff. Cast as the leading role, Karloff brings a quiet strength and imposing silhouette to the character, making him believably enchanting and terrifying in equal measure. His performance is a big part of what makes The Mummy the success that it is; he lures the audience in, whether he’s acting as the mummy, as Imhotep the sorcerer, or as Imhotep’s false identity, Ardeth Bay. Unlike in the reboots, The Mummy pulled off its terror with practical effects. The downfall of many modern horror movies is bad CGI, and the 1990s reboot of The Mummy is one of the biggest offenders. Boris Karloff wore makeup to help make him look more like a living mummy, but otherwise the effects were achieved with simple camera tricks.

The Mummy also owes a debt to the work of director and legendary cinematographer Karl Freund. A German director known for innovations in the field of cinematography, Freund is perhaps most well-known for the invention of the unchained camera technique. This technique was the first time the camera was capable of moving around on the set instead of remaining stationary on a tripod. Freund was known to wear the camera on his stomach and walk around or put the camera on a cart that moves along a track or a crane for overhead shots.

Freund’s two biggest official directorial roles were in his credited horror films, The Mummy (1932) and Mad Love (1935). He also served as an unofficial director for the 1931 film, Dracula; he was left to shoot the cinematography almost completely on his own, thanks to a highly unorganized production. Due to Freund’s directorial work on The Mummy, the film evokes an eerie atmosphere of dread which holds up to modern standards and is still effective despite being shot in black-and-white. The combination of cinematography, great acting, and an intriguing story came together to create one of the most underrated of the Universal monsters, and remains the best film adaptation of The Mummy to date.

Next: The Mummy Movies Ranked, Worst To Best

Certified horror addict and linguistics nerd, Maisy has been watching, reading, and reviewing horror since she was old enough to get a library card. She is most often found hiding in the woods with her nose in a book, usually horror or weird fiction, or in her bedroom snuggling with her husband and many pets while watching horror movies or playing Skyrim – usually both. Elusive and rarely out in public, Maisy can usually be baited with cheese, punk rock, or the promise of a rousing discussion on sociolinguistics and dialectology, though she has sometimes been known to come out to explore local parks, zoos, and distilleries on occasion.