The Office All 9 Seasons Ranked by Critics

The Office: All 9 Seasons, Ranked by Critics

The American adaptation of The Office ran for 9 seasons. Now, let’s see how each ranks based on critic scores.

You Are Reading :The Office All 9 Seasons Ranked by Critics 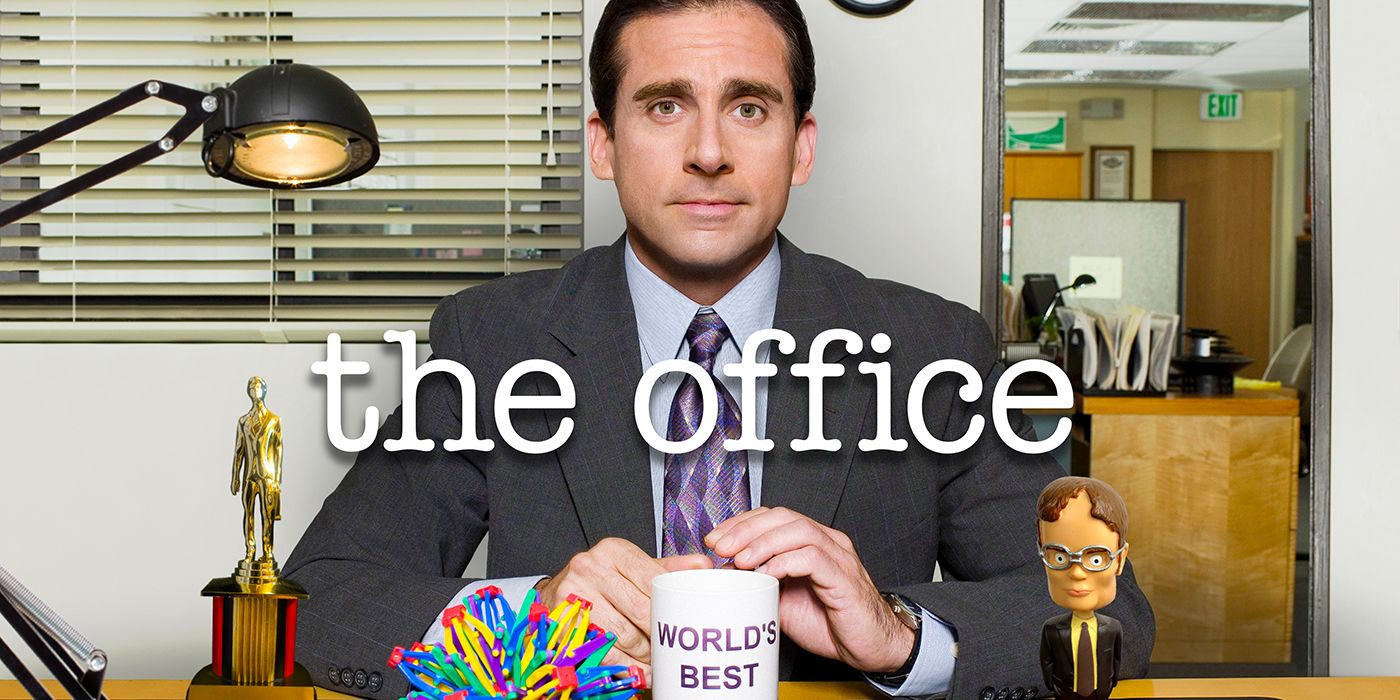 With a quirky mockumentary-style, The Office is an American adaptation of a British series of the same name. The original series was co-created by and starred Ricky Gervais and Stephen Merchant but only ran for two seasons. The American version was created by King of the Hill alumni Greg Daniels and helped launch the careers of Mindy Kaling and John Krasinski. The series ran for nine seasons, only seven of which featured the iconic performance by Steve Carell as Regional Manager Michael Scott. The nine seasons are ranked below based on a combined critic score from Rotten Tomatoes and Metacritic. 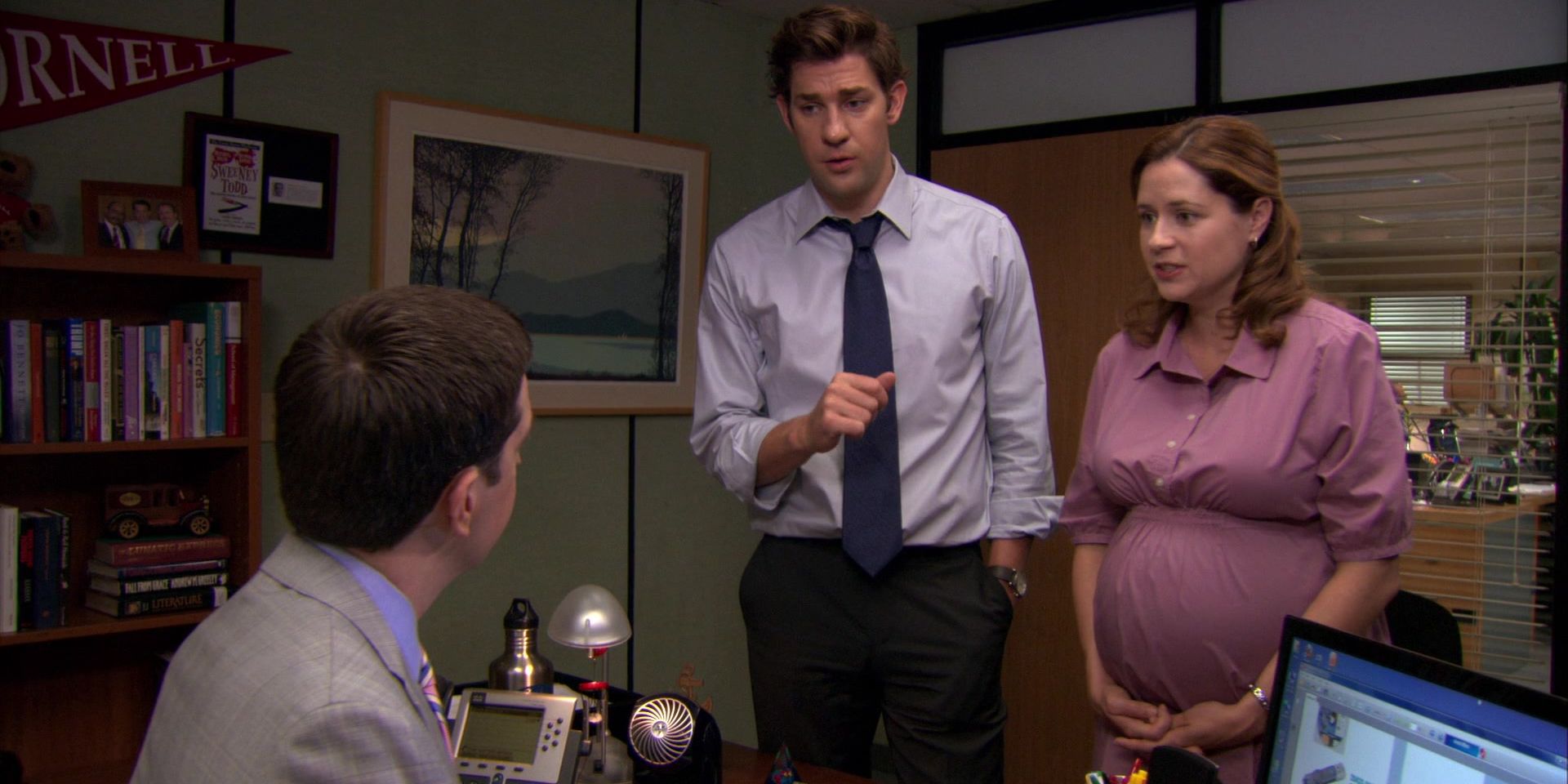 Season 8 of The Office is by far the lowest-rated of the series. It struggled to find a consistent and satisfying voice after the departure of Steve Carell whose final episode took place near the end of Season 7. Rotten Tomatoes gives the season a rating of 44 percent and Metacritic did not have an overall consensus. When the series was renewed, Andy Greenwald of Grantland wrote about the “near-catastrophic eighth season,” saying “It’s hard to imagine The Office getting any worse.” Season 8 saw the failed Sabre store which included a frustrating plotline about Pam’s maternity leave support and Kathy attempting to seduce Jim in an effort to build drama in a beloved sitcom couple. Despite these failures, the season did manage to maintain its loyal fanbase and mostly stable viewership. 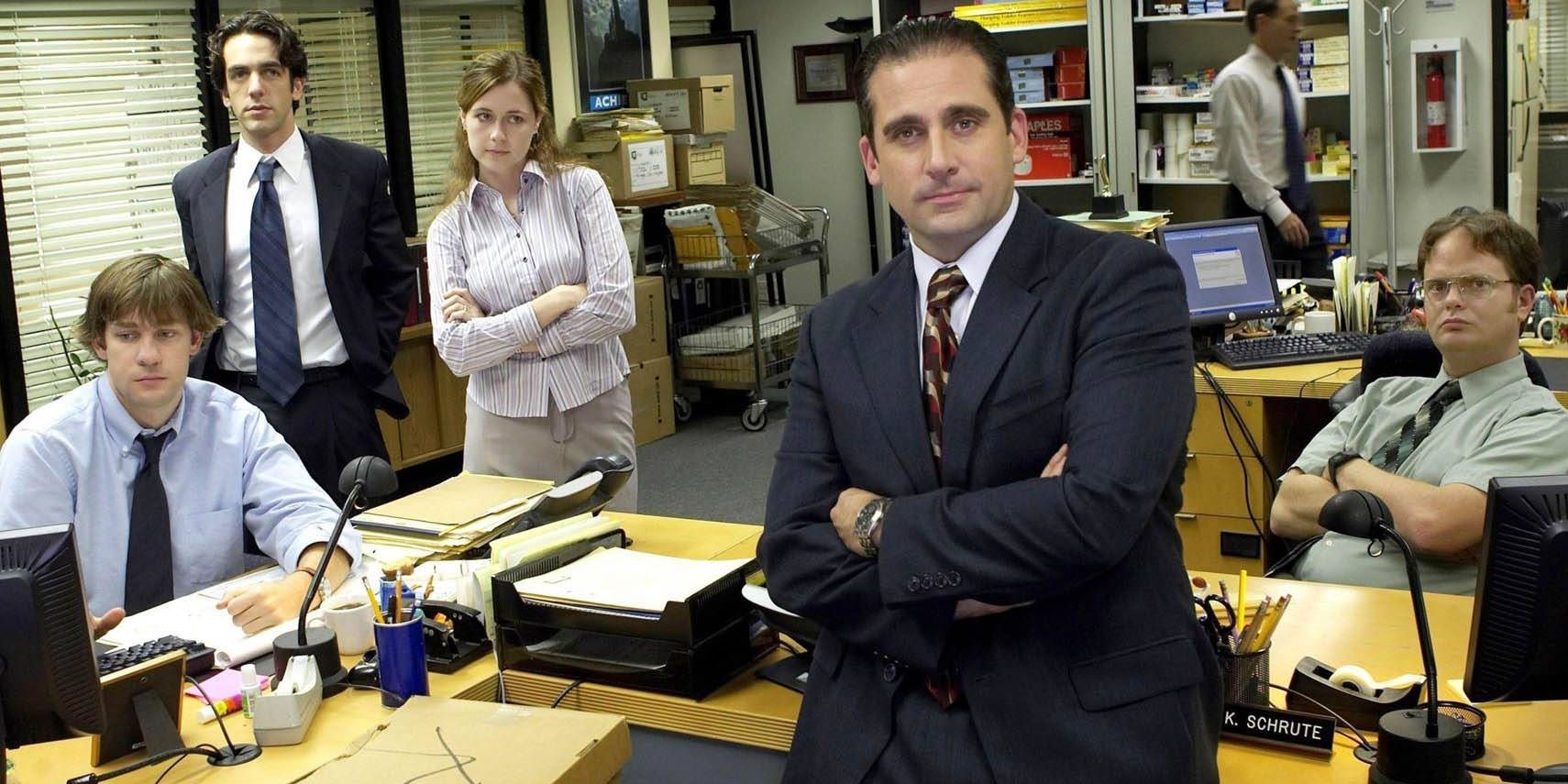 Season 1 of The Office is the one that most closely resembles its British inspiration. Metacritic gave the adaptation a score of 62 and Rotten Tomatoes gave it a slightly better rating of 69 percent for a combined score of 65.5. The first season was only six episodes and featured a surprise appearance by future Hollywood superstar Amy Adams. Critic Heather Havrilesky identified one of the first season’s biggest issues as “the awkwardness, a staple of the original, rarely works on American TV,” the same way it does on British television. American audiences were not as accustomed to the uncomfortableness of some of the comedy moments. For example, the race guessing game during “Diversity Day” is incredibly hard to watch — yet there was something that kept audiences around long enough to earn a series renewal. 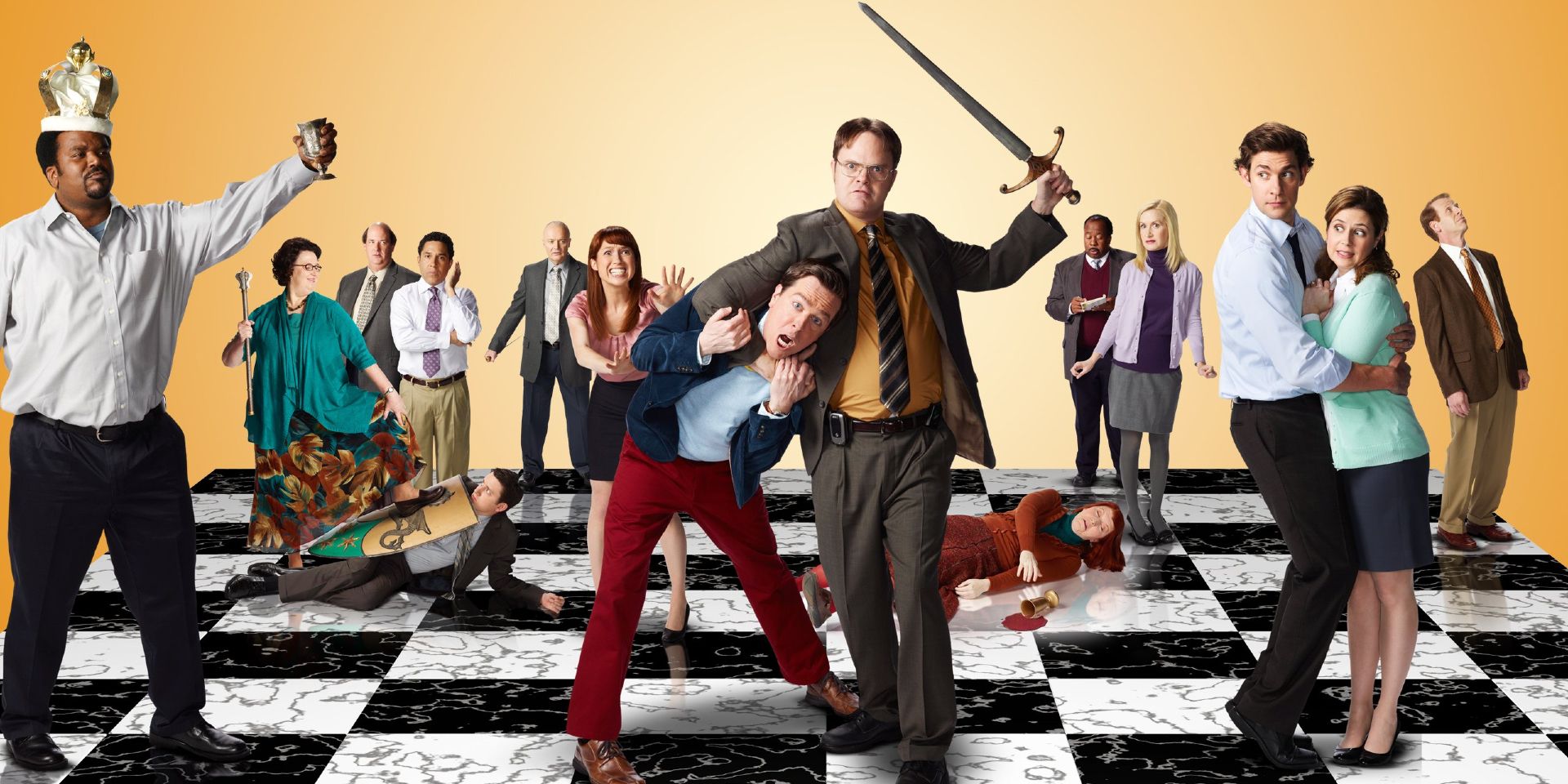 Season 9 of The Office saw the brief return of Steve Carell as Michael Scott for the series finale. Overall, Season 9 has a combined critic score of 71.5. Rotten Tomatoes gave the series a respectable 79 percent, and Metacritic was a little less impressed, granting it a score of 64. The final season barely featured Steve Carell and lost Mindy Kaling and B.J. Novak, leaving only half of the original main six cast members — John Krasinski, Jenna Fischer, and Rainn Wilson — among some new faces to round out the series. While some critics were impressed with the way the series finished out, others thought it had lost the cleverness of its earlier seasons. 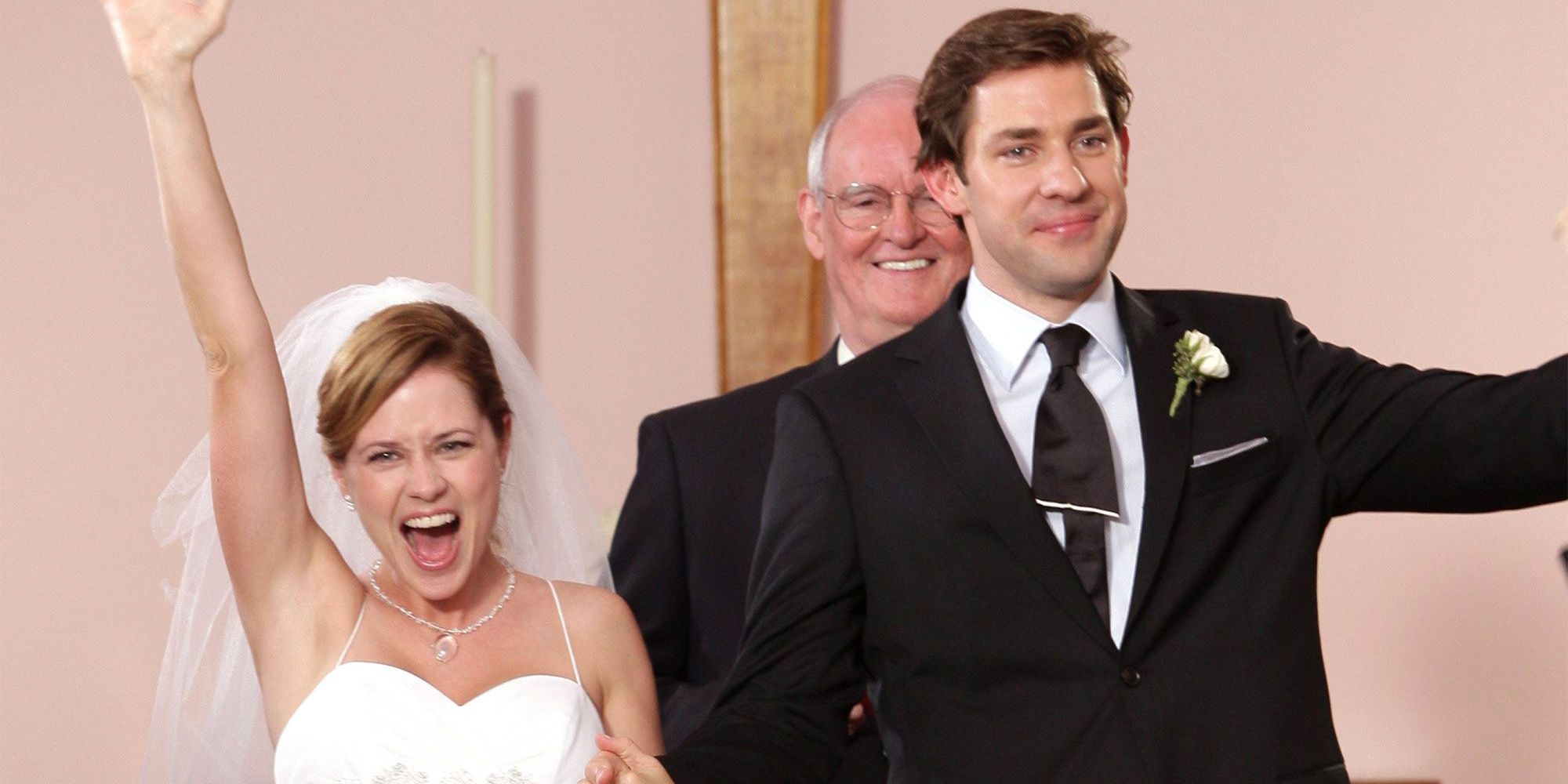 Fan-favorite television couple Jim Halpert and Pam Beesly get married during Season 6 of The Office, and the strongly reviewed two-part storyline helped it earn favorable reviews. Metacritic gave it a score of 78, and Rotten Tomatoes rated it 73 percent for a combined score of 75.5. On strong display this season was “the wonderful creative trick of The Office is knowing exactly the right moment to humanize Michael.” The season balances humor and heart in ways that helped make it such a beloved fan-favorite. Although it was also the point when critics really started to question how much steam The Office had left and how much longer it really could last. 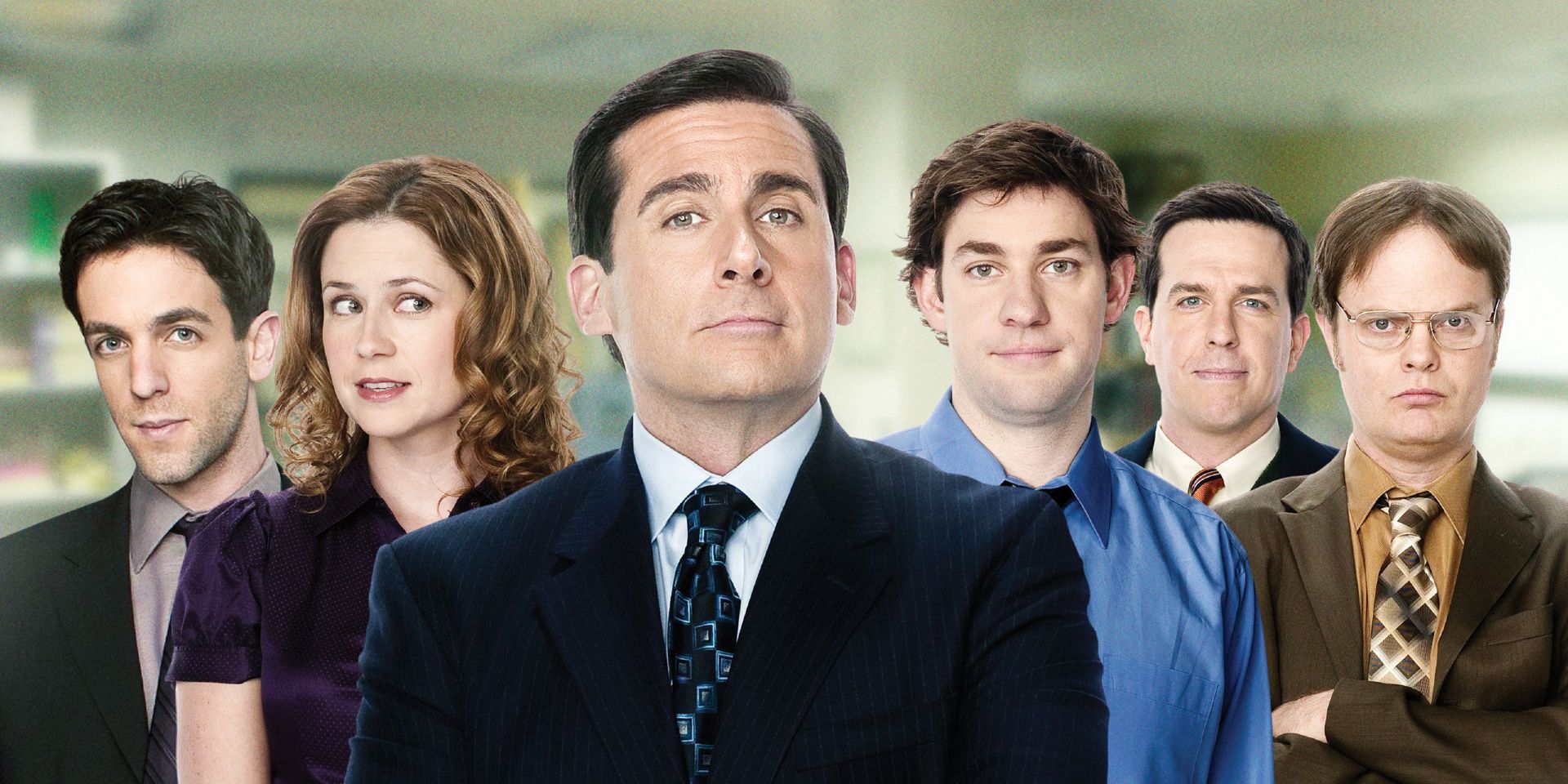 Michael Scott’s final season on The Office was a fairly well-reviewed season with the same Rotten Tomatoes score as Season 4 with 83 percent. Metacritic does not have a consensus score for either season. Critics praised the exit strategy for Carell’s departure, pointing out the heart and compassion shared between the characters and the cast at the loss of the series’ central figure. However, they were very critical of Will Ferrell’s dismissal arc as Michael’s replacement, which really hurt the season’s overall critical reception. Nonetheless, Season 7 didn’t end in disappointment while giving the remaining main cast members opportunities to demonstrate their ability to carry the show without their ringleader. It is for those reasons that Season 7 is tied for the third-highest ranked season of The Office. 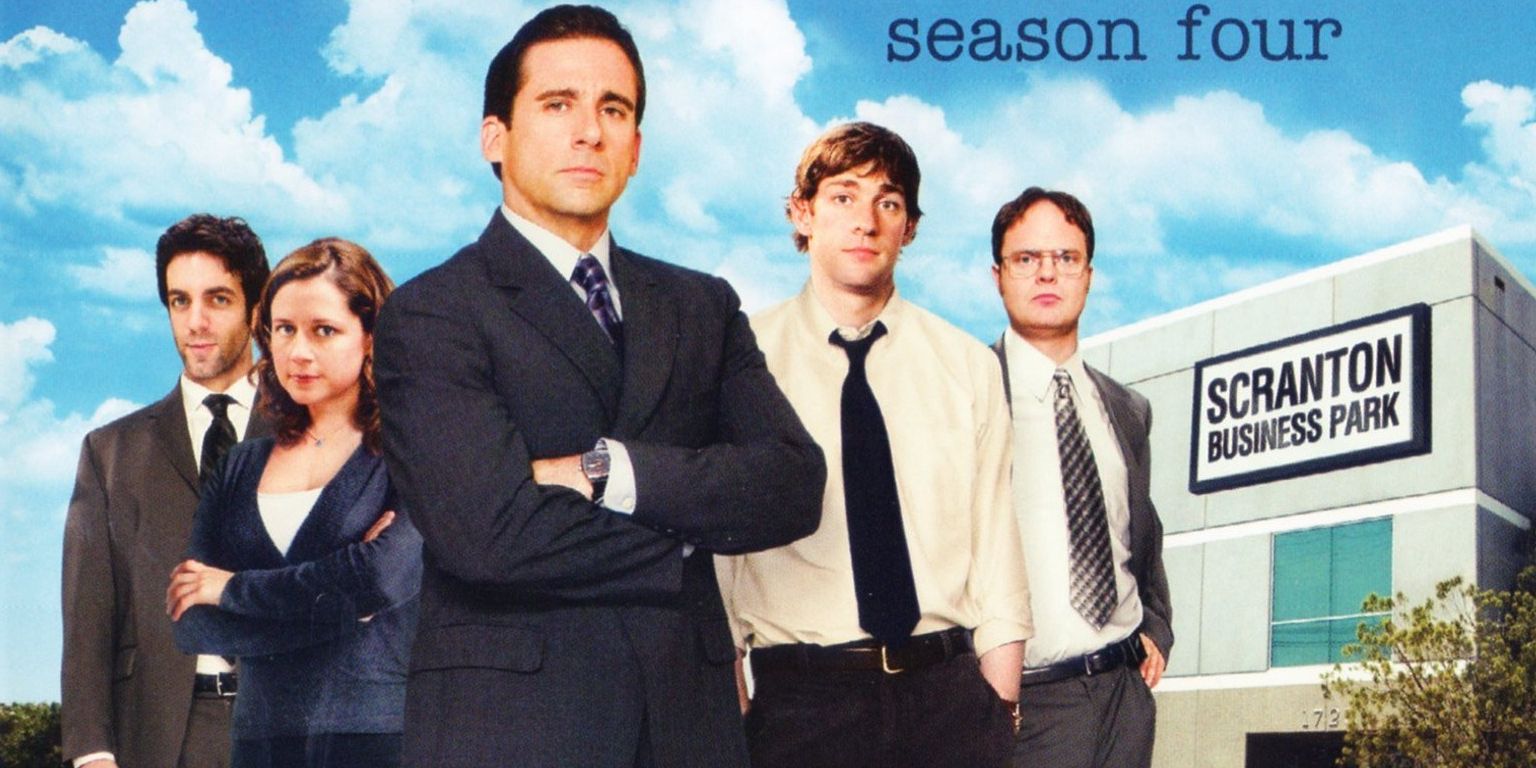 Season 4 is tied with Season 7 for the third position on the Office seasons’ critical ranking thanks to a Rotten Tomatoes score of 83. This season sees long-time will-they-won’t-they couple Jim and Pam finally in a relationship together. While many fans were thrilled at the relationship development, critics noted the season struggled to replace that long-standing dynamic. Maureen Ryan wrote for the Chicago Tribune that “despite its ups and downs… when it is on its game, it’s terrific.” However, the downs were generally agreed to be rather disappointingly unfunny. Luckily, the season seems to have contained more ups than down, which landed it a tied third-place spot. 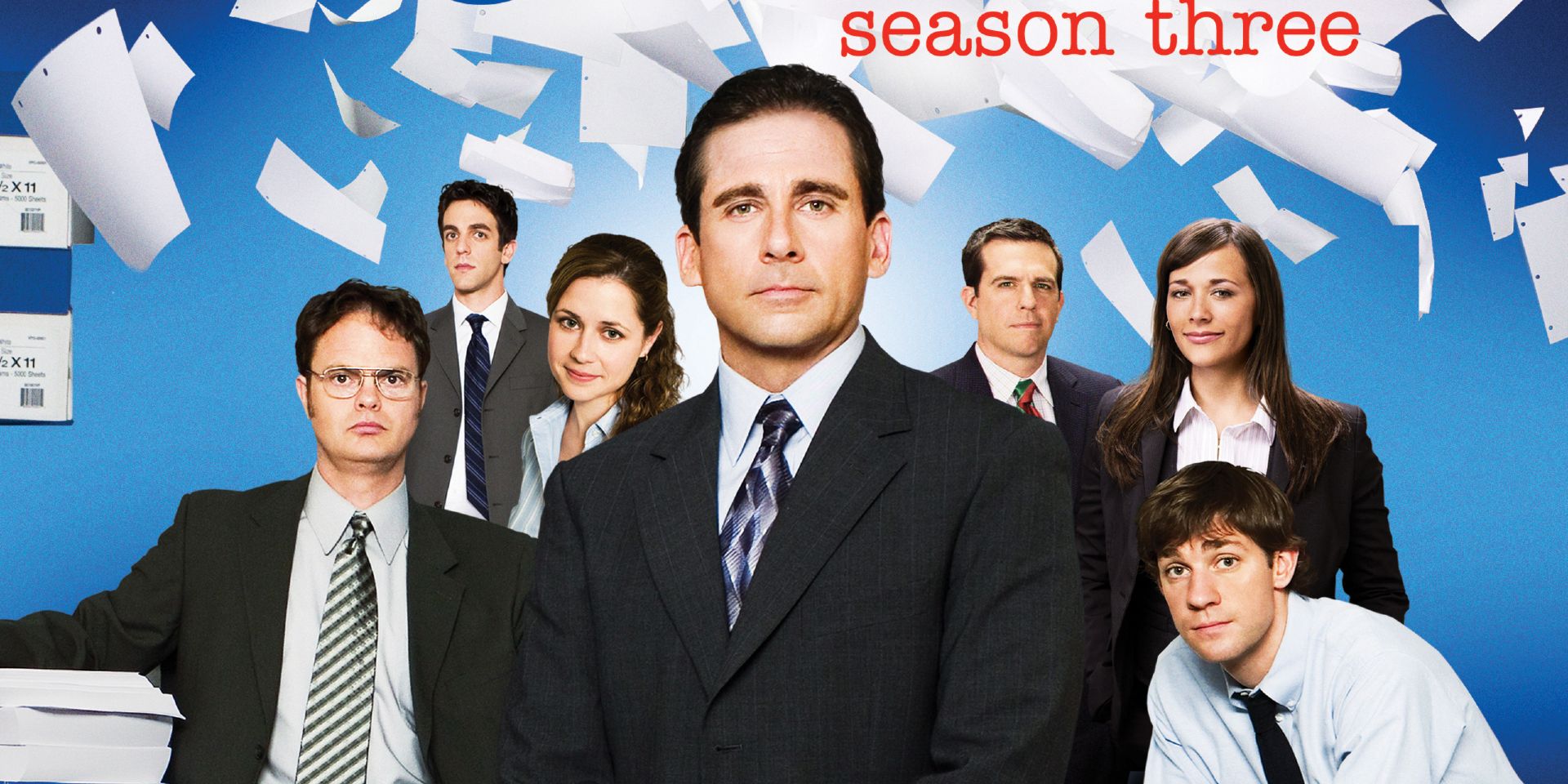 The second highest-rated season of The Office is Season 3. The season picks up a few months after Jim and Pam finally kissed during the Season 2 finale. Pam called off her wedding to Roy, but Jim has temporarily transferred to Stanford, and their will-they-won’t-they dynamic is strong as ever. Only this time, it’s Jim who is in a relationship and Pam who is single and pining. Tad Friend wrote that this season had a “near-perfect grasp of tone,” which is crucial for a comedy series’s success. Newcomers Ed Helms and Rashida Jones are welcome additions to fan-favorite characters and help round out a really successful season. 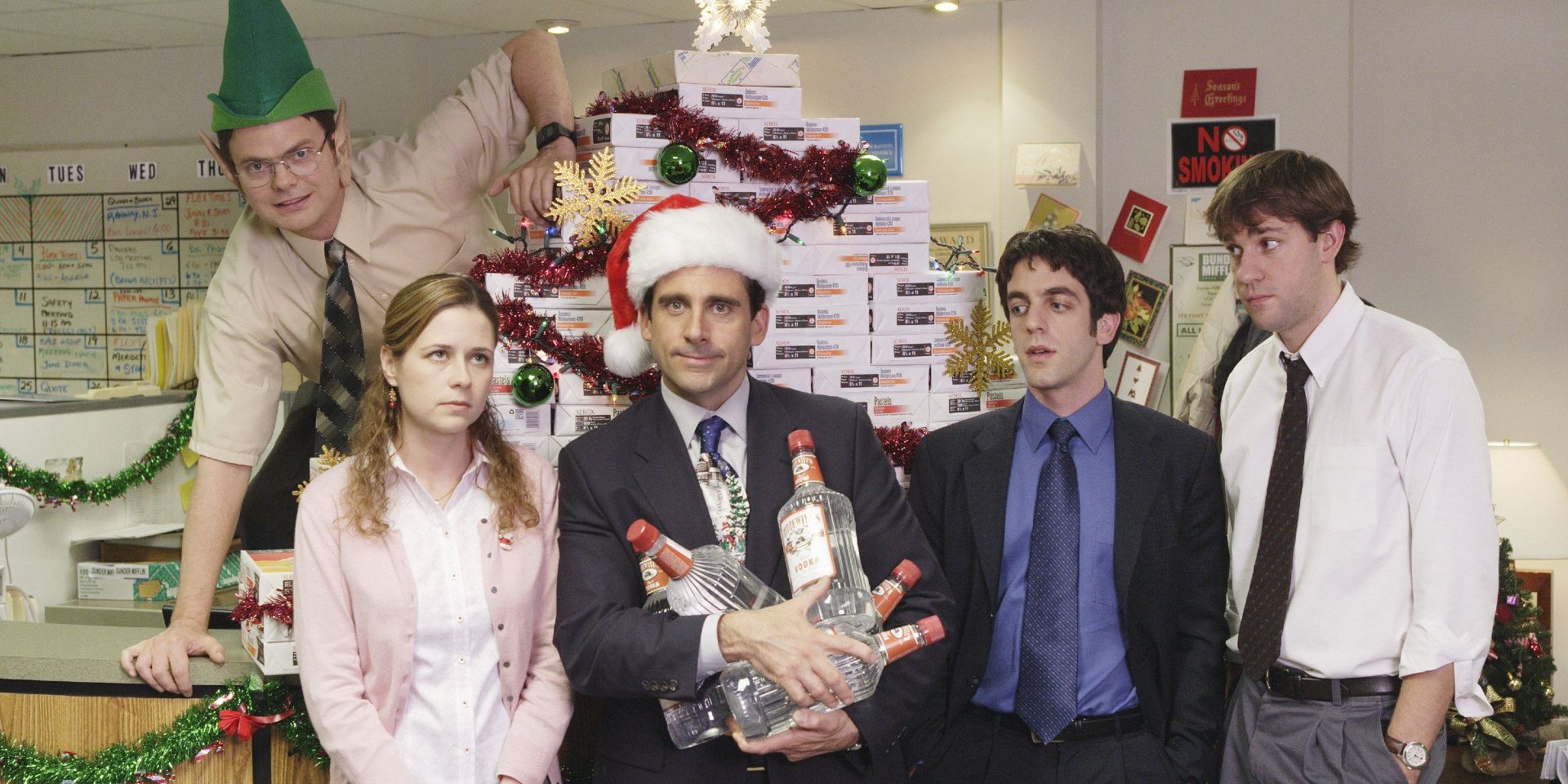 Season 2 has a perfect score of 100 percent on Rotten Tomatoes, which ties it for the series’s highest-rated season. Season 2 learned from the first season, made some adjustments and returned to tremendous success. The season ends with the long-anticipated confession of love from salesman Jim Halpert to receptionist Pam Beesly. Not only is the relationship drama handled expertly, but it is also really on point with its comedy. Entertainment Weekly ranked Season 2 as the best in the series, credited the success to making working in an office seem fun and praised the series’ smart divergence from the source material. 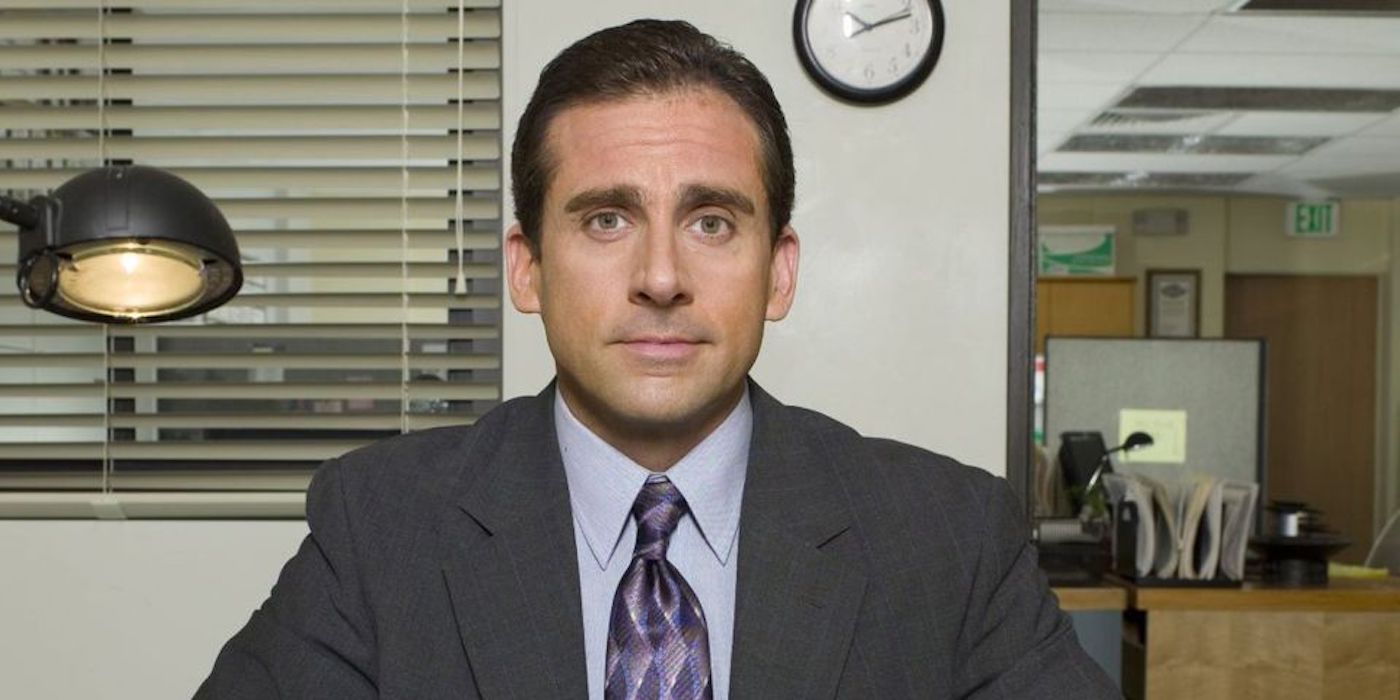 Season 5 is also tied for the highest-ranked season of The Office with another perfect 100 percent rating from Rotten Tomatoes. The Michael Scott Paper Company storyline — which includes the guest spot from Idris Elba — is popular among critics as it really gives an opportunity to highlight Steve Carell’s range as a comedic actor while bringing in a needed change of pace and environment to help fight off late-season fatigue that often bogs down long-running comedy series. That balance helps to make Season 5 one of the two highest-rated seasons of the entire run of The Office.