Sam Raimi was preparing to make a Spider-Man 4 in his superhero series, but it was ultimately scrapped. We look at what we know about the film.

You Are Reading :The Plot Of Sam Raimis Cancelled SpiderMan 4 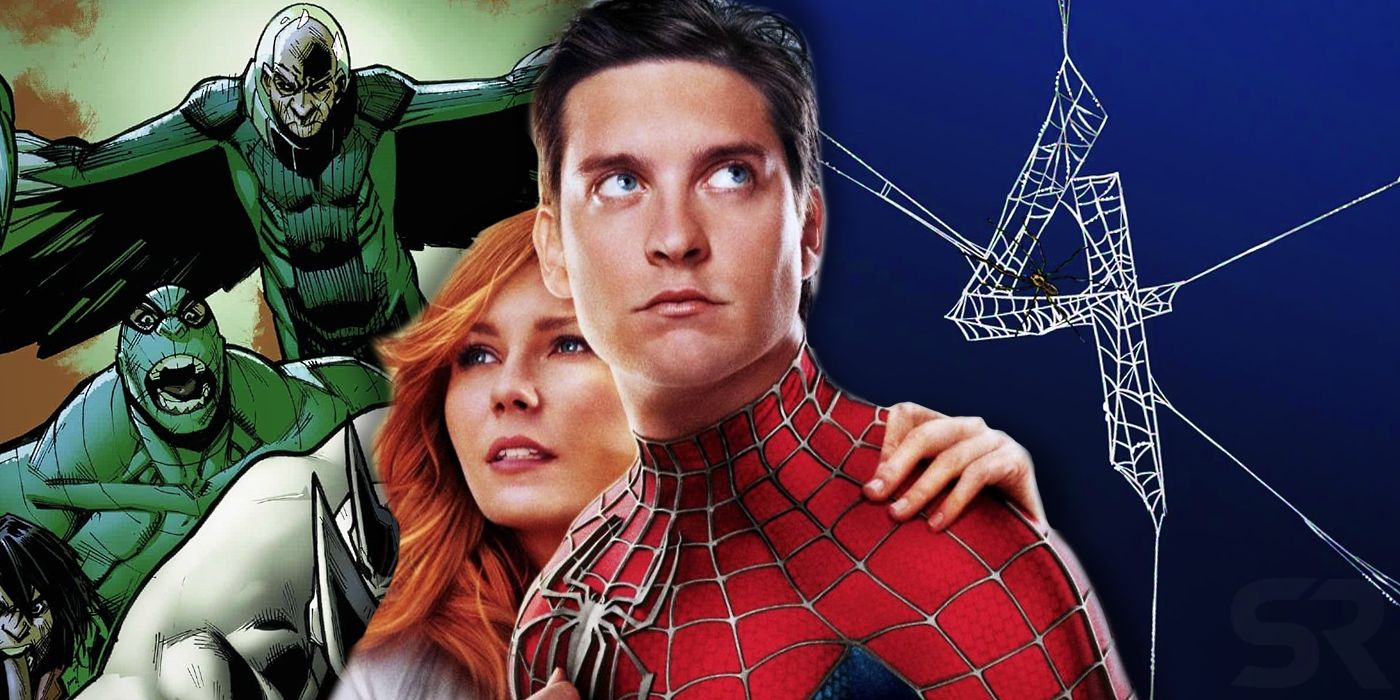 What would Sam Raimi’s cancelled Spider-Man 4 have been about? Well before the Marvel Cinematic Universe was even a fleeting thought in anyone’s mind, Raimi helped usher in the current golden age of superhero cinema with his original Spider-Man movie in 2002. Earning widespread critical praise and $821.7 million at the worldwide box office, Sony had a cash cow to call their own and immediately went to work on developing a franchise. Spider-Man 2 debuted in 2004 and was seen as an even greater accomplishment (it’s still considered one of the best comic book movies ever made), though 2007’s Spider-Man 3 was definitely a step below in quality.

Despite the mixed reaction to Spider-Man 3, the studio and filmmakers were interested in making more installments. The groundwork for a Spider-Man 4 directed by Raimi was laid out, and the movie was given a May 2011 release date. However, late in development, Raimi stepped down and Sony ultimately decided to go in the direction of the Amazing Spider-Man reboot (which, of course, flamed out after just two movies). Today, just about everybody is happy with Tom Holland’s iteration of the wall-crawler in the MCU, but some fans can’t help but wonder what Spider-Man 4 would have looked like if it got made. 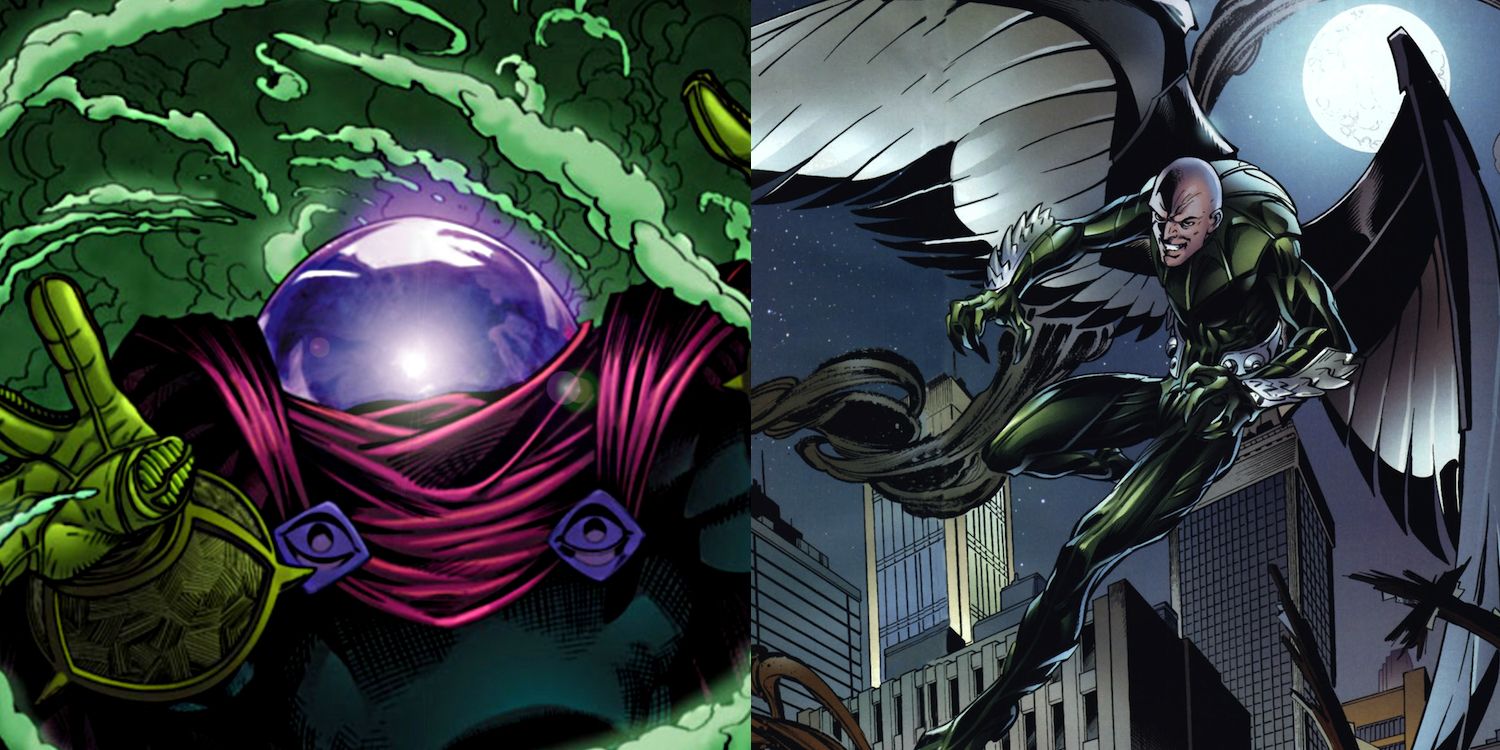 Spider-Man has one of the deepest rogues galleries in all of comics, allowing filmmakers plenty of opportunities to pit Peter Parker against compelling antagonists. The creative team definitely bit off more than they could chew on the third movie, which featured Sandman, the New Goblin, and Venom in key supporting roles. And though Spider-Man 4 would have spotlighted multiple enemies for Your Friendly Neighborhood, the idea was to take the series back to what worked in the first two films. Vulture, played by John Malkovich, would have been the main big bad. Raimi originally wanted to use Vulture in Spider-Man 3.

Another planned newcomer to the franchise was Felicia Hardy, played by Anne Hathaway. Longtime fans know Hardy as Black Cat, but there are conflicting reports about what would have happened with the character if Spider-Man 4 got off the ground. It was originally believed Hardy would become a different character called Vulturess (implying Hardy and Vulture would be working together). However, Raimi later said the idea was for Hathaway to be Black Cat, staying true to the source material. The director was also keen on giving Bruce Campbell a larger part (after Campbell had humorous cameos in the first three films), casting him as Mysterio. It’s worth pointing out that Mysterio would not have factored majorly into the plot, appearing in an opening sequence where he’s arrested for some kind of criminal activity. 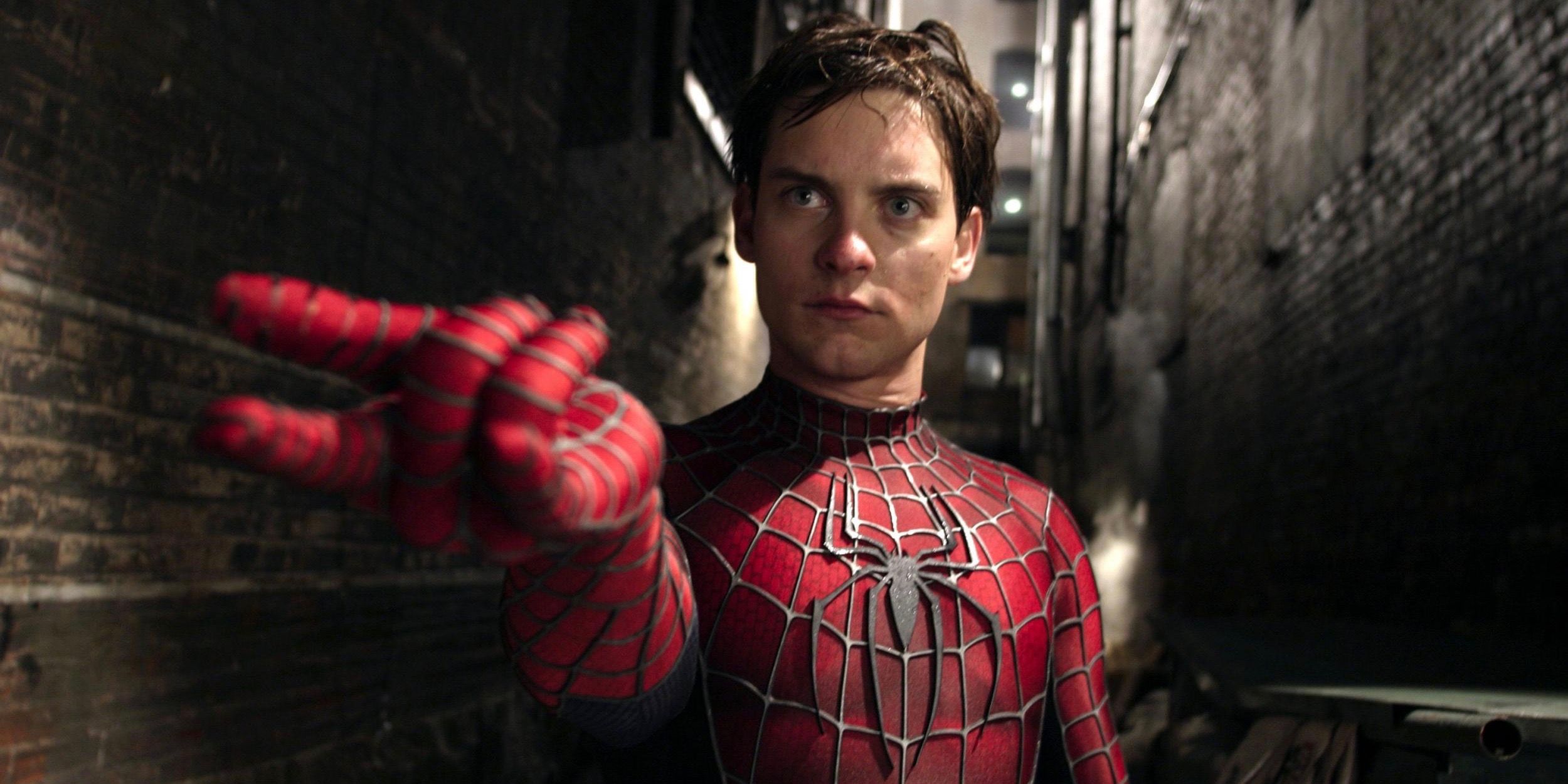 Multiple passes were made at the Spider-Man 4 script and exact story details aren’t widely known. Obviously, it’s a sequel to Spider-Man 3, so it’s possible to draw some context from there. The trilogy ended on a fairly somber note, with Peter and Mary Jane embracing each other as the credits rolled. In all likelihood, a fourth movie would have seen the two attempt to reconcile their relationship, which went through some rough patches in Spider-Man 3. Peter may have also been grieving the death of his best friend, Harry Osborn, and trying to get his life back on track. Raimi’s films were at their best when they were telling emotional stories about Peter, and this had the potential to be something poignant.

Another thread from the previous films that might have carried over was Dr. Curt Connors’ transformation into the Lizard. Dylan Baker played Connors in Spider-Man 2 and Spider-Man 3 and was a mentor figure to Peter in their short scenes together. While there was never anything overt indicating the Lizard was definitely going to be an antagonist in a future film, fans took note of the foreshadowing and expressed excitement in seeing the Lizard on the big screen. Early on in Spider-Man 4’s development there was talk of fifth and sixth films happening, so perhaps the Lizard would have been saved for one of those. A lot of the other stuff is difficult to discern; concept art exists of a montage where Spider-Man dealt with secondary foes like Shocker, Rhino, and Mysterio. Details about Vulture’s plot are unknown, though the idea was to make him a menacing figure and subvert the expectation he was just an old guy in a suit. It wasn’t until Spider-Man: Homecoming that audiences saw that happen. 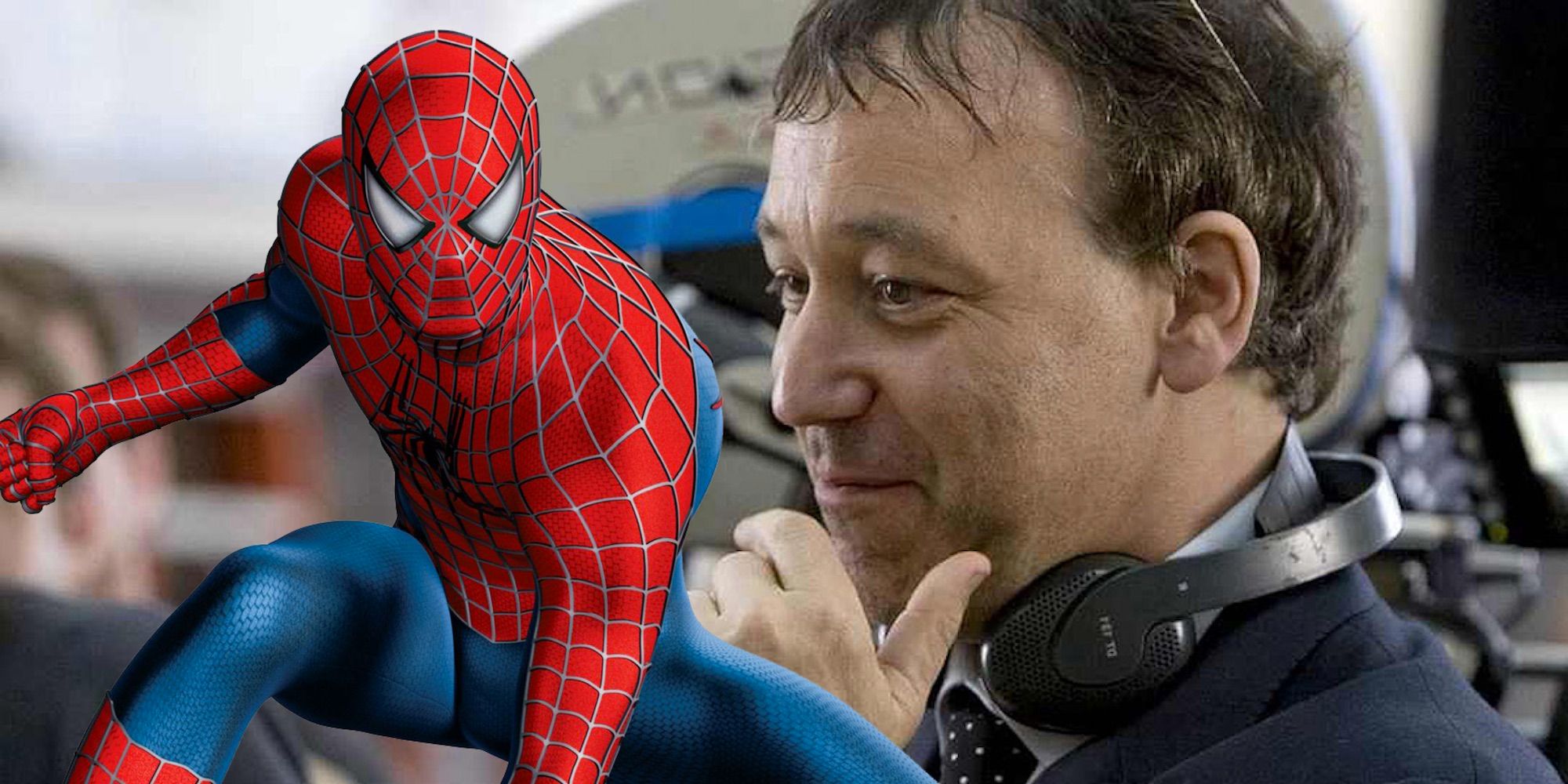 It’s no secret Raimi was disappointed by how Spider-Man 3 turned out, and he envisioned a fourth movie as a chance to rebound and get the series back on track. However, he felt pressured by the set May 2011 release date, and after failing to crack the story on multiple occasions, decided it was best for everyone if he just left the project. The last thing he wanted to do was rush something he didn’t have faith in and hurt the franchise’s legacy even more. Raimi did note that the breakup with Sony was amicable and there don’t appear to be any hard feelings. In fact, back in 2015, he said he would “love to” direct a Marvel movie if he was needed. These days, Jon Watts seems to have a good handle on the Spider-Man franchise, but at least a bridge wasn’t burned.

Unfortunately, Raimi was not in a position where he could take extra time to get things right. Under the terms of the agreement that sold the Spider-Man movie rights to Sony, the studio needed to be actively in production on a new Spider-Man film every handful of years, or else the rights would revert back to Marvel. It goes without saying that Sony didn’t want to lose their prized cash cow, so there was a necessity to get the ball rolling on a film, with or without Raimi, and that’s why the May 2011 release window was originally selected. Because Raimi couldn’t come up with something he was happy with on that timeline, he essentially had to step down. This isn’t to say he was forced out by Sony, but there was a ticking clock element at play. When his Spider-Man 4 fell apart, Sony’s choices were reboot or lose the rights. The obvious business choice was always the former. That clearly didn’t work out for them, but it did lead to the groundbreaking deal with Marvel Studios.

Spider-Man 4 will forever be a fascinating “what if?” and the story behind it still intrigues people to this day. There was a lot of buzz earlier this month when Marvel Comics cryptically shared an image of a webbed number 4, leading some to believe the movie was going to be turned into a comic book. Sadly, that wasn’t the case, and it was merely part of a countdown to announce a new Spider-Man comic from J.J. Abrams and his son Henry. Fans may never know everything about Spider-Man 4, but hopefully one day more details are shared.