One Alolan Pokémon packs quite a punch, seemingly channeling some of the strongest fighters in all of anime to take out an Ultra Beast.

You Are Reading :The Strongest Pokémon Is OnePunch Man and Ultra Instinct Goku in One and Its Terrifying 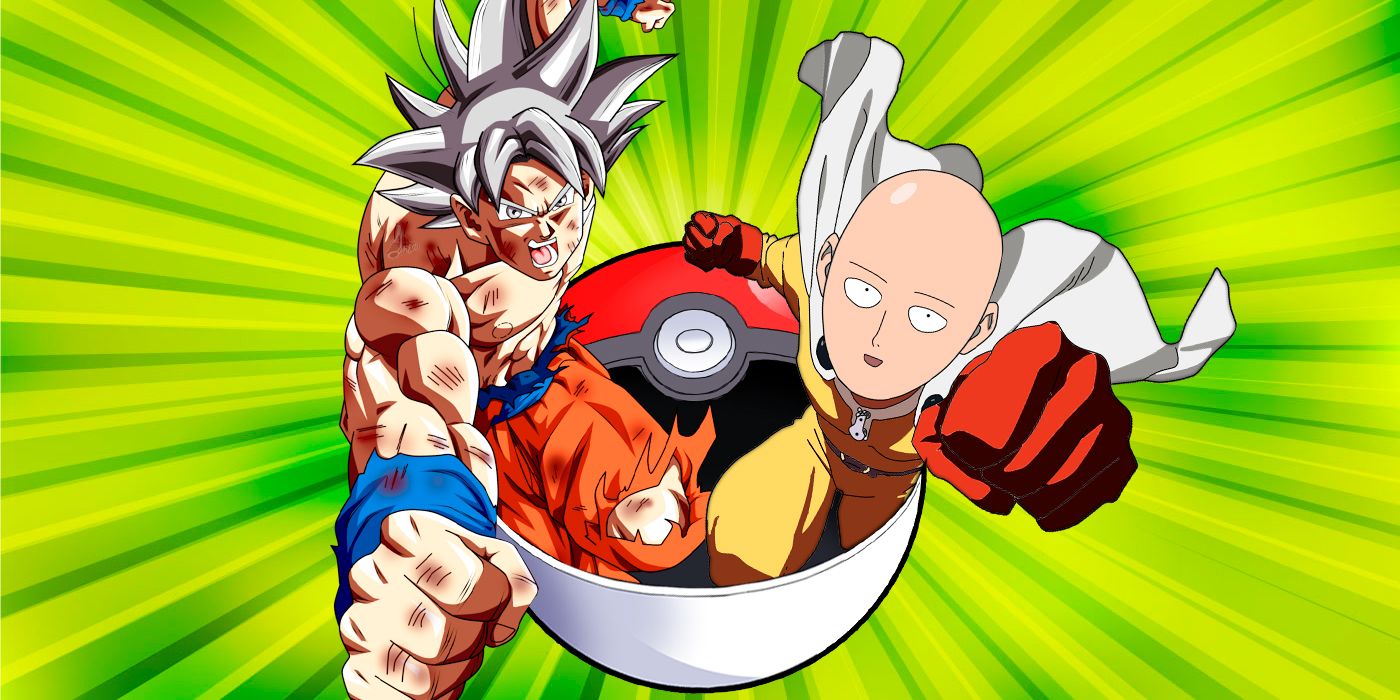 It isn’t uncommon to see Pokémon fans debating whether one of the franchise’s 800+ creatures could defeat popular anime heroes like Luffy or Goku. Most of the time, it’s Pikachu or Charizard that gets pit against the strongest of the strong. It could be, though, that the only true contender comes from the Alola Region.

Bewear is a Normal/Fighting-type Pokémon that is the evolved form of Stufful, a cute teddy-bear looking creature. While its pre-evolution is adorable and cuddly, Bewear is anything but. It towers over most humans at 6’11” (2.1m) tall, and according to the Pokédex, it’s able to crush anything it latches onto. It is said nothing can survive its vice grip.

Why Is Pokémon Sun & Moon’s Bewear SO Strong?

Even as a Stufful, this Pokemon packs a powerful punch. It doesn’t like being touched and will flail its arms around to avoid being held. It could be this flailing that causes Stufful, and later Bewear, to have such powerful arms. Being such a cute Pokémon, Stufful are likely often grabbed by people who just want to snuggle with it. Granted this doesn’t explain why all Stufful and Bewear are so strong, but it is a theory.

One particularly notable Bewear is the one that adopts Team Rocket in Pokémon the Series: Sun and Moon. In the episode “Beauty is Only Crystal Deep!” Bewear’s den is destroyed by Pheremosa, one of the Ultra Beasts after it steals a bunch of Z-Crystals and goes on a rampage. Ultra Beasts are extradimensional Pokémon that wield power unheard of in the normal world, making them nearly unbeatable for regular Pokémon. However, Bewear makes bug juice out of Pheremosa, even with a type disadvantage.

This victory could be due to the fact that this particular Bewear was enraged over having its home destroyed and Team Rocket injured. On top of that, Ultra Beasts tend to be slightly disoriented when they first exit an Ultra Wormhole. Pheremosa, despite its skill, was most likely still unbalanced. 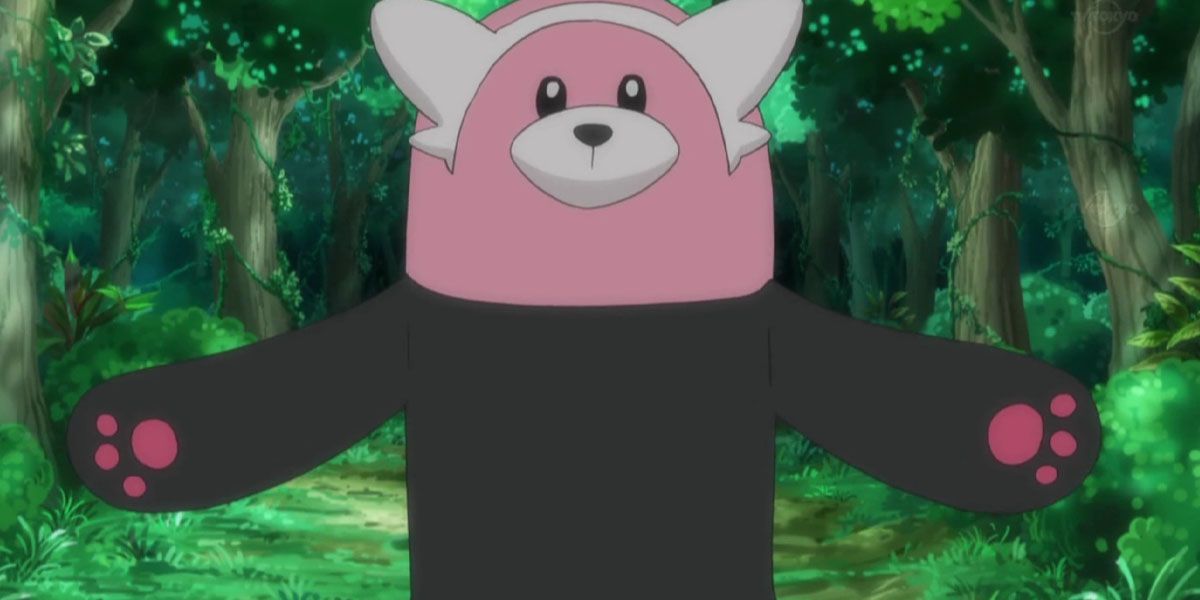 Saitama’s strength in One-Punch Man comes from his strict training, while Bewear’s is natural. Despite this, both almost appear equal in their skills. Fans of both series have noticed that the final punch from Bewear mirrors that of Saitama’s in his fight against Speed-o’-Sound Sonic. Bewear’s physical strength seems to rival that of Saitama’s, even if it does take it more than one punch to knock out Pheremosa. 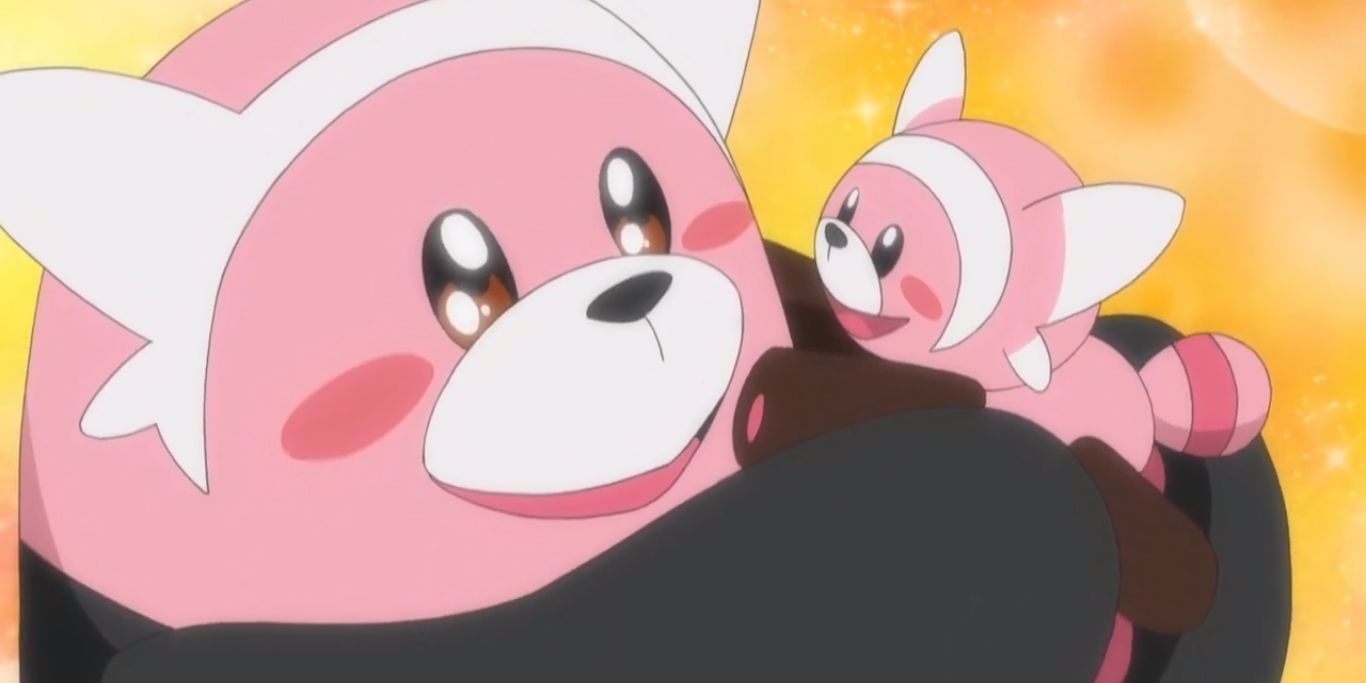 Many Dragon Ball fans have noted that, during the fight with Pheremosa, Bewear seemed to have achieved Ultra Instinct. Bewear goes into a trance-like rage just before pummeling Pheremosa, even taking on the stance Goku does before using the technique. The aura around it shifts colors, much like a power-up from Dragon Ball. Its senses seem to heighten, as it’s able to predict Pheremosa’s attack from behind. While it would make sense that humans couldn’t keep up with the Ultra Beast, even Pikachu is overwhelmed by its speed. Bewear would probably make Goku proud with its abilities.