The Walking Dead Originally Had Maggie Kill Negan In The Comics

The Walking Dead Originally Had Maggie Kill Negan In The Comics

In the Negan Lives! one-shot comic, The Walking Dead creator Robert Kirkman reveals he originally had Maggie kill Negan back in issue #174.

You Are Reading :The Walking Dead Originally Had Maggie Kill Negan In The Comics 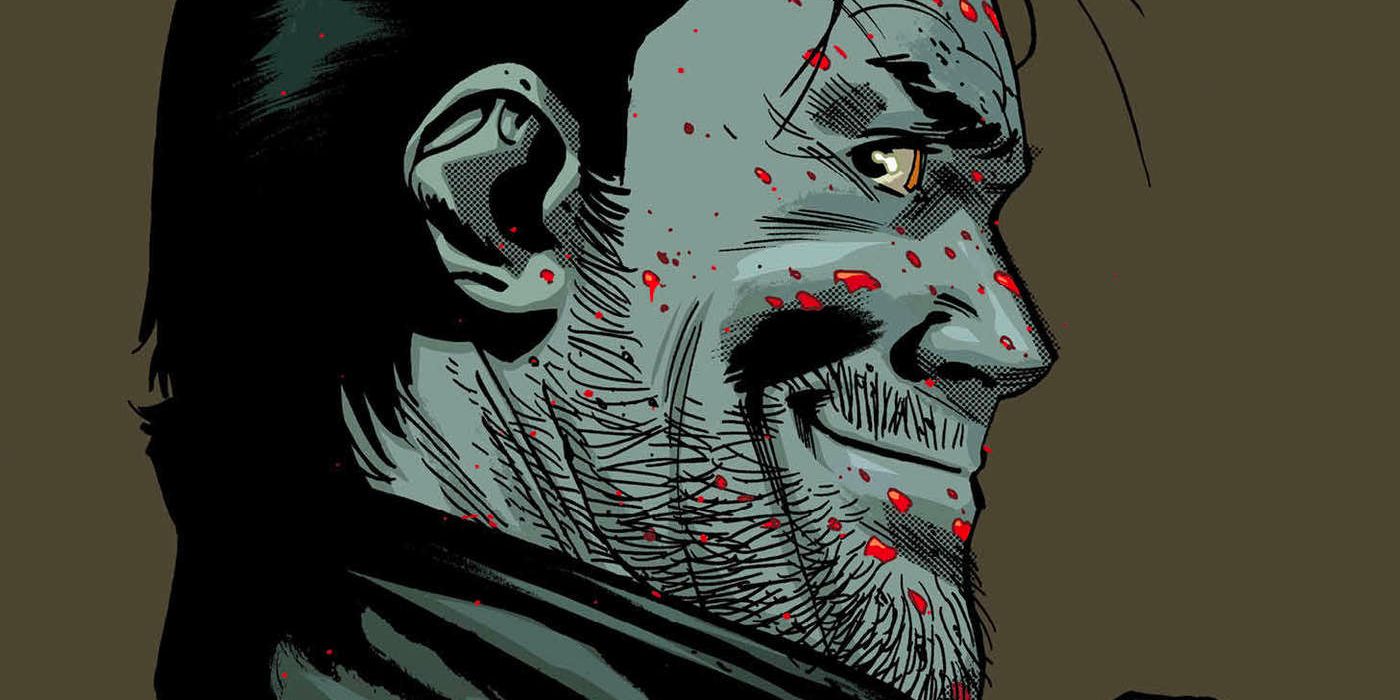 The Walking Dead creator Robert Kirkman revealed the comic’s original plan was to have Maggie shoot Negan dead. For casual audiences, The Walking Dead is best known for the popular AMC television show. Debuting in 2010, AMC’s The Walking Dead tells the story of a group of survivors in a zombie apocalypse. Last month, it was stated The Walking Dead was the highest-watched scripted show on cable this year, but of course, the show would not exist without the successful comic book from Image.

The long-running comic book came to a surprise end last year in issue #193. This past week, Kirkman released a new Walking Dead one-shot titled, “Negan Lives!”, bringing back the fan-favorite character. The Walking Dead ran for 193 issues, featuring several memorable characters. Easily one of the most memorable was Negan. The bat-wielding villain made quite the entrance in the comic’s 100th issue, brutally murdering Glenn. Negan made his final on-page appearance (before Negan Lives! later) in #174. Fans may be surprised to learn Negan was originally meant to die there.

Robert Kirkman is no stranger to revealing tidbits and fun facts regarding The Walking Dead’s development in the letters section. It’s no different in Negan Lives! Here, Kirkman confirmed (via Insider) something he teased in the letters section of issue #176: Maggie originally shot Negan in issue #174 instead of letting him go. In fact, Kirkman says he “even wrote the full issue script, ending with Negan’s death.” What stopped the writer from going through with this plan? Kirkman said it was an email from Walking Dead artist Charlie Adlard that changed his mind. Check out the email below:

“I know Negan wasn’t going to last, so this issue came as no surprise, unlike the Andrea saga, but it’s still sad to see him go. Nicely done… except… I’m a bit unconvinced by the way Maggie shoots him. Are you trying to say that this is some sort of “id” thing where deep down inside, that’s what she wants to do, even though she’s being convinced she doesn’t have to shoot him. It just feels a bit forced. As I said, the more I got to know Negan — especially over these last few years — the more I wished he’d stayed around till the end. I wish redemption would’ve worked for him. This is absolutely no criticism of you at all, but more a criticism of western [at least] literature/entertainment, where, because the majority of us find the death penalty — therefore an eye for an eye adage — abhorrent, we carry it out in fantasy. Hardly any western villain gets away with not dying at the end. We, as an audience, always demand the ultimate punishment for our fantasy bad guys. It’s a shame we didn’t break the mould with Negan… the baddest of bad guys, but very far down the road to redemption and forgiveness, who pays the usual ultimate price — death. Imagine, if he lived, what we could say about our society?” 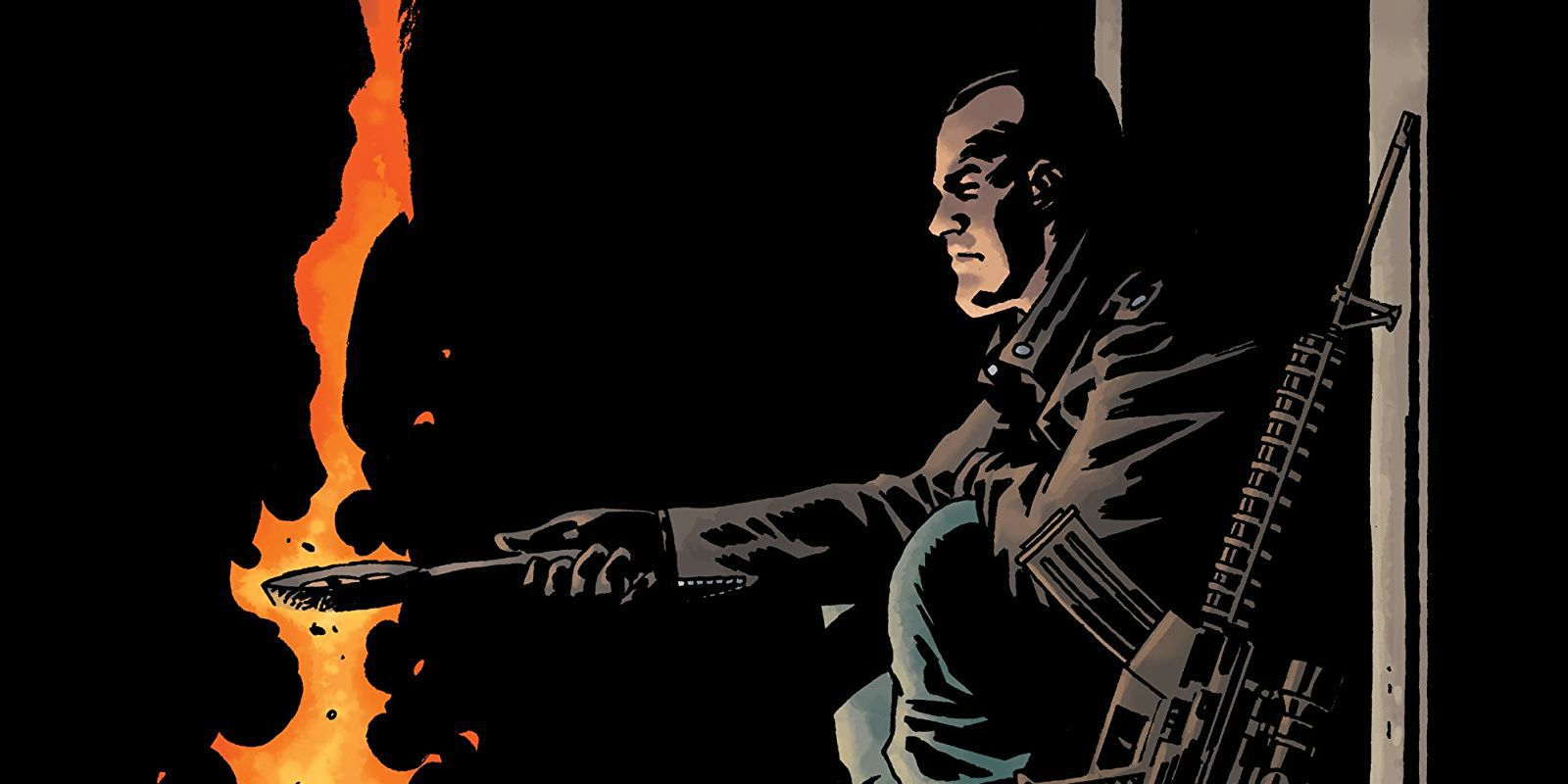 Interestingly, in the show, The Walking Dead producer Greg Nicotero wanted Maggie to kill Negan. Like the comic, that did not take place. Negan was instrumental in season 10, becoming involved with the Whisperers’ storyline. Despite numerous opportunities to kill him off, showrunners won’t get rid of Negan, and for good reason. It’s hard to picture Jeffrey Dean Morgan’s portrayal come to a close, and viewers would surely miss seeing the fan-favorite character on screen each week.

While Negan was almost killed in the comics, Adlard’s email “moved” Kirkman to redo the last six pages of issue #174. In the story, Maggie confronts Negan inside a house with the intent to kill him. Instead of resisting, Negan welcomes death, saying he deserves it. In the end, Maggie decides not to kill him, but to let him live with what he’s done. The original ending likely would not have been as well-received by comic fans. Fans of the comics and the TV show would probably agree that killing Negan could have ruined both the comics and TV series as it could have derailed Maggie’s character arc. While it would have been something to see Negan taken out, the decision to keep him alive was likely the better route to go.