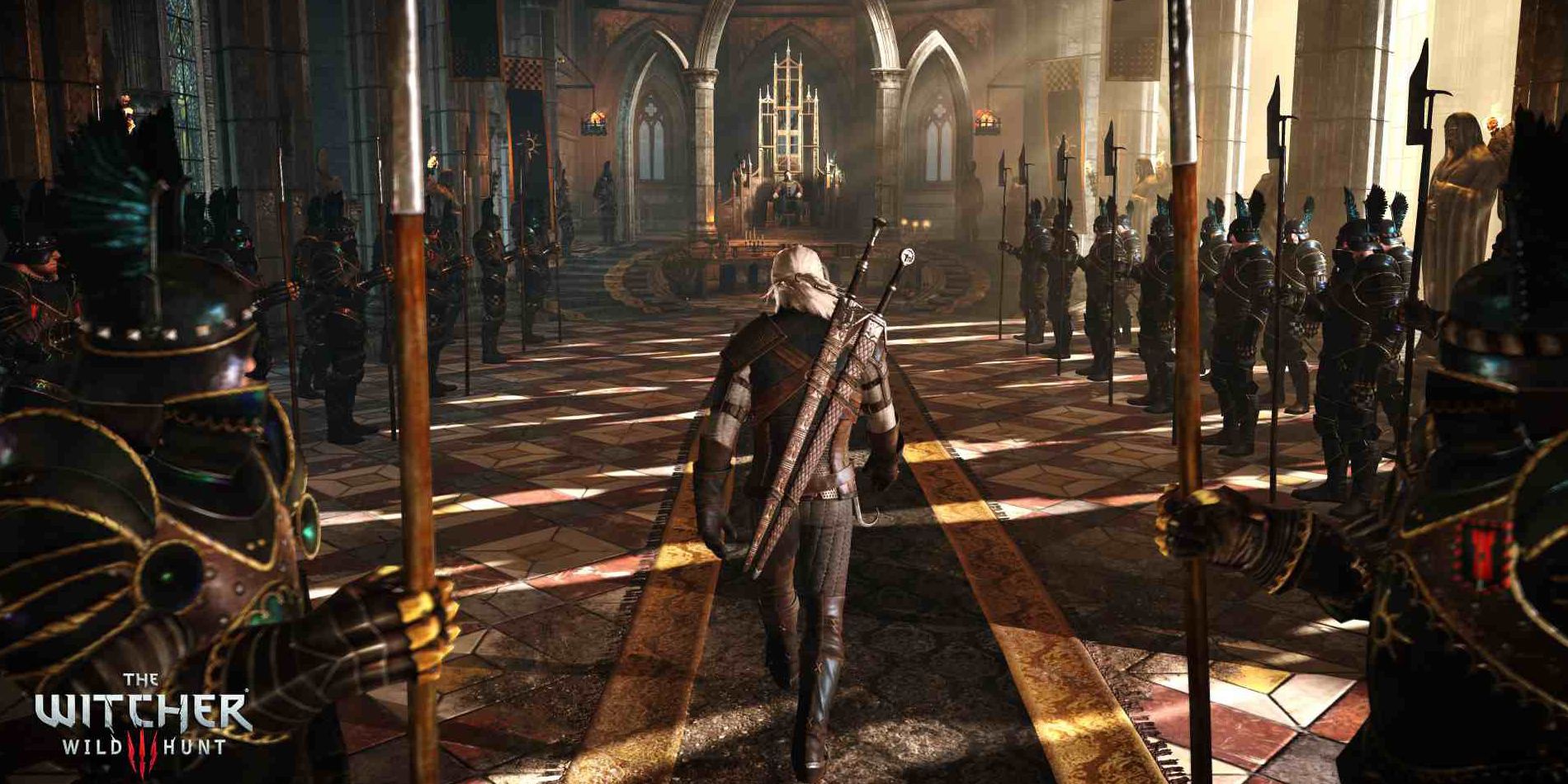 RPG skill trees can be confusing. This guide will outline everything players will need to know about the skill trees in The Witcher 3: Wild Hunt.

You Are Reading :The Witcher 3 Wild Hunt Skill Trees Explained 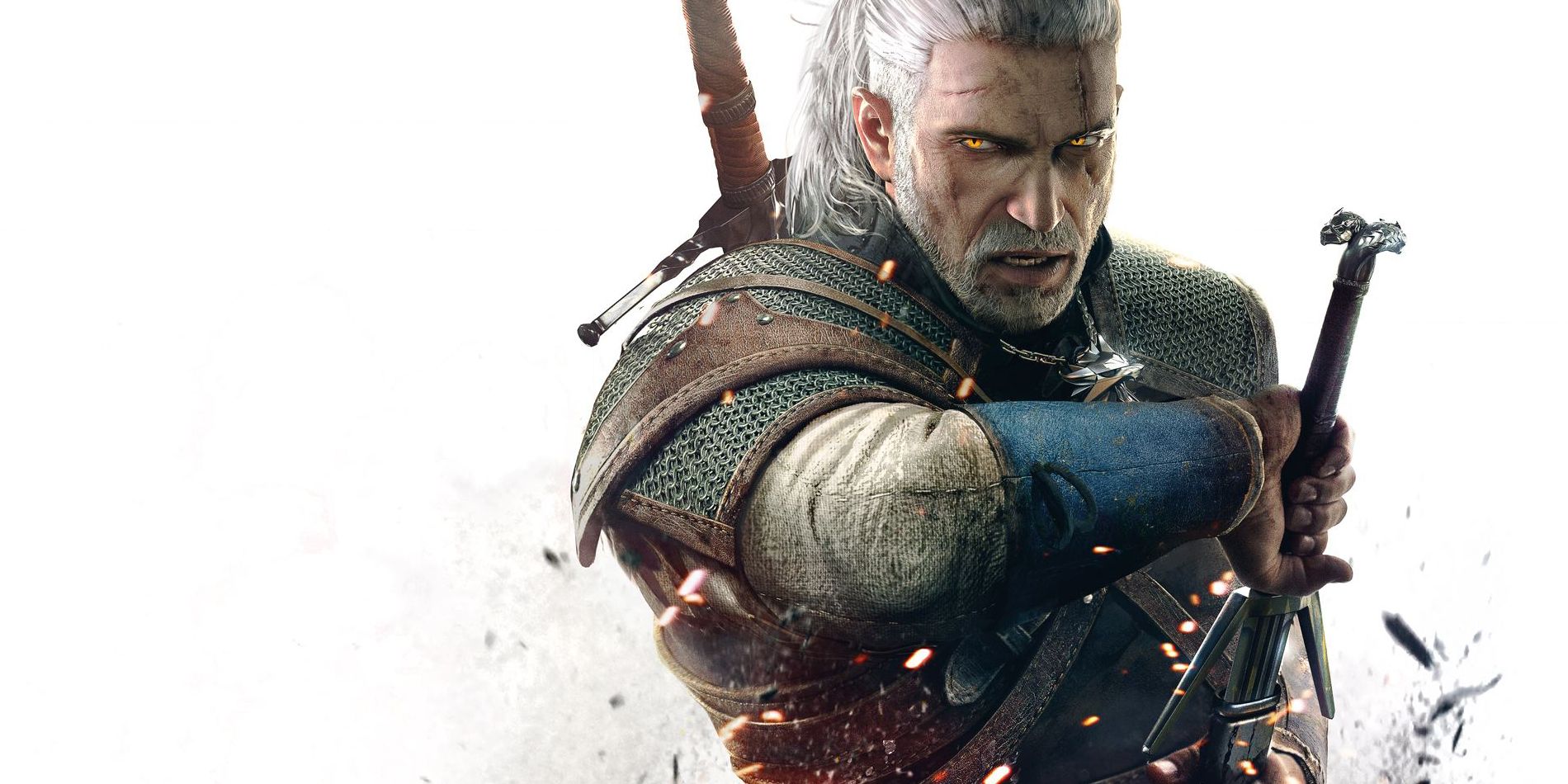 The Witcher 3: Wild Hunt is one of the most popular role-playing games (RPG) in recent times, and with the release of the new TV series, there are a lot of players trying it out for the first time. As with most RPGs, the flexibility and complexity of the leveling and skill systems are key to draw people in. At a glance, the skill tree in Witcher 3 can be quite daunting. There are tons of skills that players can choose from which branch out even further for another level of customization.

With so many different skills to choose from, players should focus on certain trees. The three main trees are Combat Skills, Signs, and Alchemy Skills that players will level up. There is a secondary tree: General Skills. Combat Skills are fairly self-explanatory, it focuses on Geralt’s melee and physical attacks and defense. Signs are Geralt’s magical skills and leveling these up empowers his abilities and stamina. Alchemy Skills improve potion-making, oil applications, bombs, and Mutagens. While all of this information can be overwhelming for new players, this guide will show them which skills are the most important for certain builds.

These abilities increase your offensive, defensive and crossbow Skills. These Skills will appear red when equipped.

It allows you to perform strong melee attacks that ignore enemy armor.

Allows you to wield a light hand-held crossbow

Combat Skills boost Geralt’s physical prowess by strengthening his physical attacks and bolstering his defensive capabilities. When playing a melee-focused build, players should spec into Fast Attacks, Defense, and Battle Trance. Muscle Memory, Crushing Blows, and Whirl are essential for players to have powerful fast attacks and the ability to fight multiple enemies at once. Arrow Deflection and Resolve will allow players to close the gap on longer-ranged enemies while staying healthy, and Sunder Armor is strong for longer fights. Crossbows aren’t very good in this game and should generally be avoided by less-experienced players.

Signs in The Witcher 3: Wild Hunt

These abilities improve the 5 Signs that you can use throughout the game. These Skills appear blue when equipped.

A directed blast of telekinetic energy that staggers opponents, leaving them open for a subsequent attack.

Magic trap that slows enemies who enter its area of effect.

A protective shield that lasts until it has absorbed damage totaling 5% of maximum Vitality.

Charms an opponent’s mind, temporarily eliminating him from combat.

Signs are the spells of the Witcher universe, and while players will still need to use their sword to complement their spells, focusing on Signs gives them quite a bit of versatility against many different types of enemies. Focusing on Signs gives up some defensive capabilities for power and versatility, so crowd control is essential. Far-Reaching Aard, Magic Trap, and Quen Intensity are the primary defensive options. For offense, players should focus on Igni. Melt Armor, Firestream, and Igni Intensity are the three most important Igni skills that players will want. 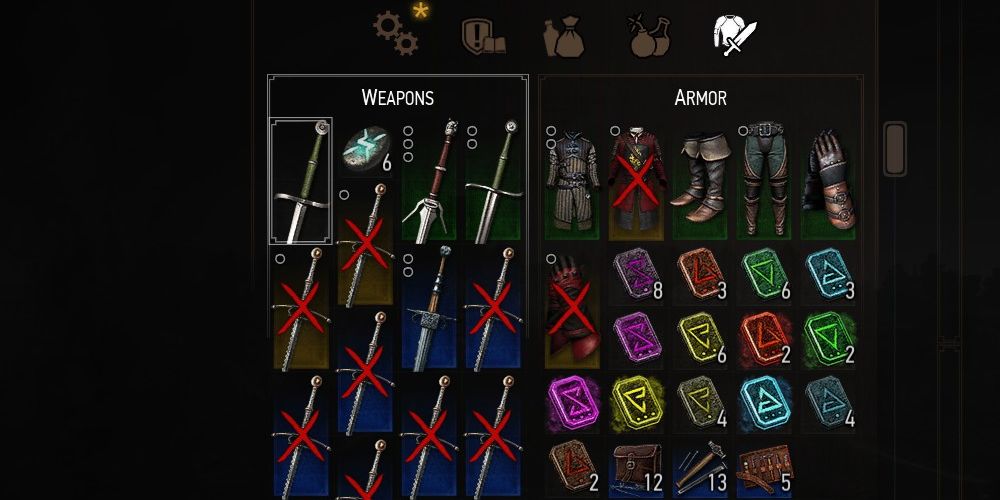 Enables the brewing and drinking of Witcher Potions.

Enables the creation of Oils that can be applied to swords.

Enables the creation of handheld Bombs that can be thrown at enemies.

Enables the extraction of Mutagens from the corpses of powerful Monsters. Witchers use these to grant their bodies new abilities.

Trial of the Grasses

Mutation that lets Witchers withstand the Toxicity of Potions that would kill normal people.

Focusing strictly on Alchemy Skills is not recommended for newer players. This build requires a lot of patience and extra foraging to go along with swordplay and Sign usage. Alchemy modifies Geralt’s weapons and imbues them with different effects. Refreshment, Poisoned Blades, and Frenzy are all important to create an all-around character focused on Alchemy Skills.

These abilities improve general aspects of your play style, such as Armor proficiency, Potions tolerance and amount of health. These Skills appear yellow when equipped.

General Skills are secondary skills that can change depending on the build. Everyone should use the Techniques, depending on their kind of armor, Rage Management and Adrenaline Burst are great for Sign usage, and Focus is very useful for Combat builds.