The XMens ROGUE Stole Her Powers From Captain Marvel

The X-Men’s ROGUE Stole Her Powers From Captain Marvel

Marvel Comics’ Rogue brings power absorption to the X-Men along with flight and super-strength. But those last two don’t belong to her at all!

You Are Reading :The XMens ROGUE Stole Her Powers From Captain Marvel 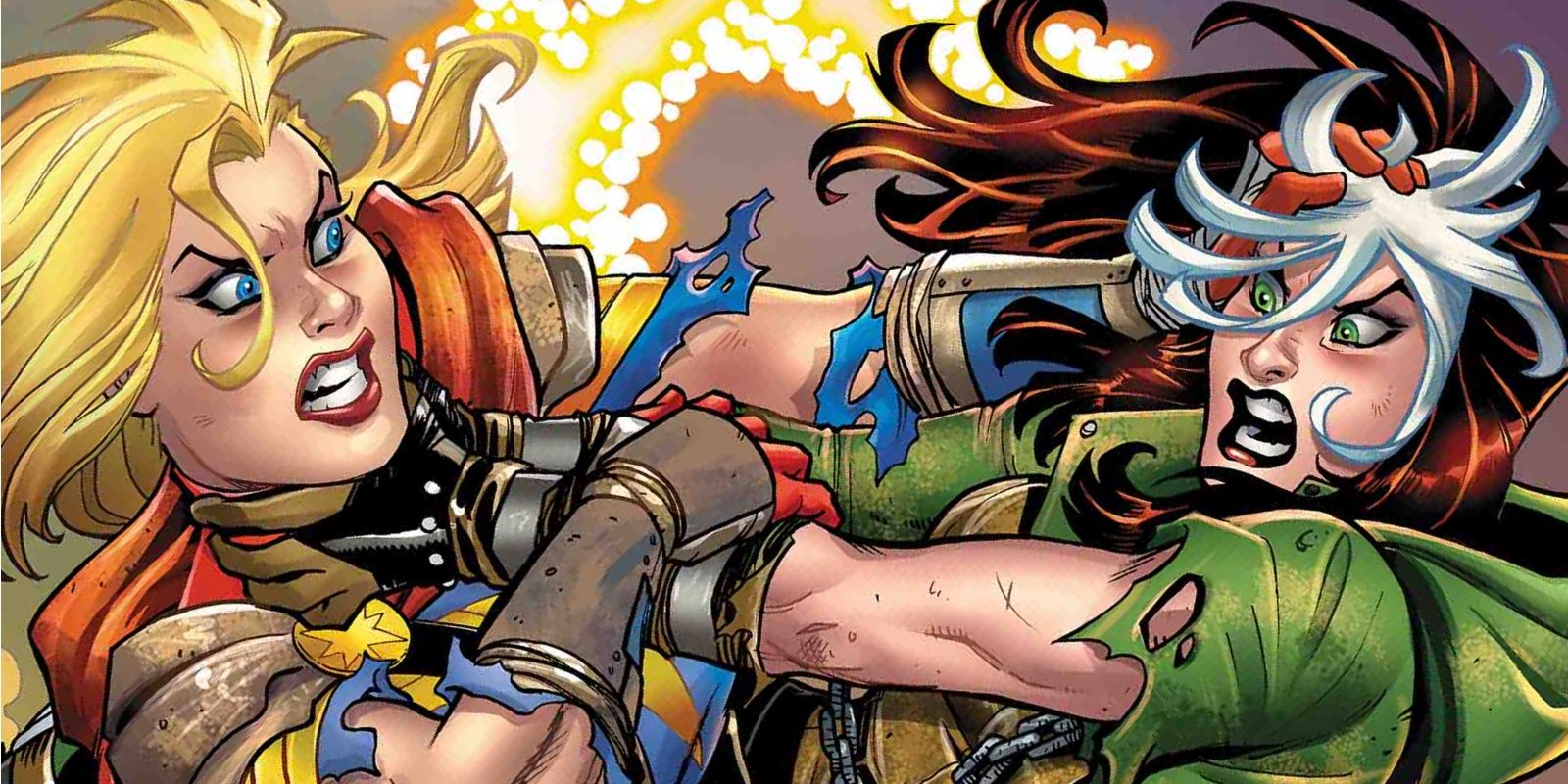 Fans of The X-Men are familiar with the powers that the troubled hero Rogue brings to a battle: her signature ability to temporarily steal powers from whoever she touches, along with a traditional superhero power set that includes flight, super strength, and enhanced durability. But she didn’t always have the latter half of her abilities. That’s because they aren’t part of her mutation, but stolen permanently from none other than Captain Marvel!

Rogue’s power absorption is crucial to her character. It’s both her most unique trait and the source of most of her emotional conflicts since it prevents her from being able to make direct physical contact with other people without disabling and potentially killing them. The X-Men animated series of the 90s preserved her other powers as well, but other adaptations tend not to use them, most notably the X-Men live-action films. That’s because Rogue gained them in her first appearance as a result of a fight with Carol Danvers, the current Captain Marvel.

In Avengers Annual #10, Carol, who was going by Ms. Marvel at the time, is found unconscious in San Francisco. Her rescuers find that she has amnesia and that the hero has been severely weakened. She recuperates at the X-Men’s mansion, where the details come out: Danvers had a run-in with Mystique and the Brotherhood of Evil Mutants. Mystique and Destiny, two villainous mutants who were in a vaguely-defined relationship that has become more explicit in recent months, adopted a daughter named Rogue who can steal powers through touch. But Carol’s powers are too much for Rogue, and she overdraws, taking not only Ms. Marvel’s superpowers but much of her mind as well. Because of the extreme nature of the transfer, the exchange was permanent, leaving Carol powerless.

The recovery process was long and difficult for both the hero and the then-villain; Carol went through rehabilitation, went on adventures with the X-Men while depowered, and only fully came back into her own when alien experiments gave her new cosmic powers as Binary. Rogue, on the other hand, had Carol’s psyche in her head, occasionally asserting itself. Rogue’s struggle to separate her thoughts and memories from Carol’s eventually subsided, but the superpowers she gained never went away, resulting in the flying bruiser version of Rogue that continues in Marvel’s comics to this day.

This story almost never saw print. The storyline was intended for the pages of Ms. Marvel before that series was canceled. The fight between Ms. Marvel and Rogue is explained in 1979’s Avengers Annual #10, but didn’t appear in an actual issue until Marvel Super-Heroes #10 all the way in 1992. The battle continues to affect the characters to this day; Rogue appeared in the current volume of Captain Marvel and was forced to fight Carol all over again. The two women respect each other as heroes, but have difficulty getting along because of shared trauma caused by Rogue during her villainous youth.

This moment of interaction between two seemingly unrelated characters had massive consequences for both of them for decades after. It’s the sort of sudden, crucial story moment that makes superhero comic continuities the complex tapestries that they are. Whenever you’re reading a story, a seemingly small twist could change a character forever, like in this case, where one of the X-Men’s most popular heroes changed for the better.