Thor: 5 Ways The Franchise Was Disappointing Before Ragnarok (& 5 Ways Ragnarok Improved It)

Fans felt the first two Thor movies were some of MCU’s weakest. But Taika Waititi’s Ragnarok gave some much-needed fun to the superhero franchise.

You Are Reading :Thor 5 Ways The Franchise Was Disappointing Before Ragnarok (& 5 Ways Ragnarok Improved It) 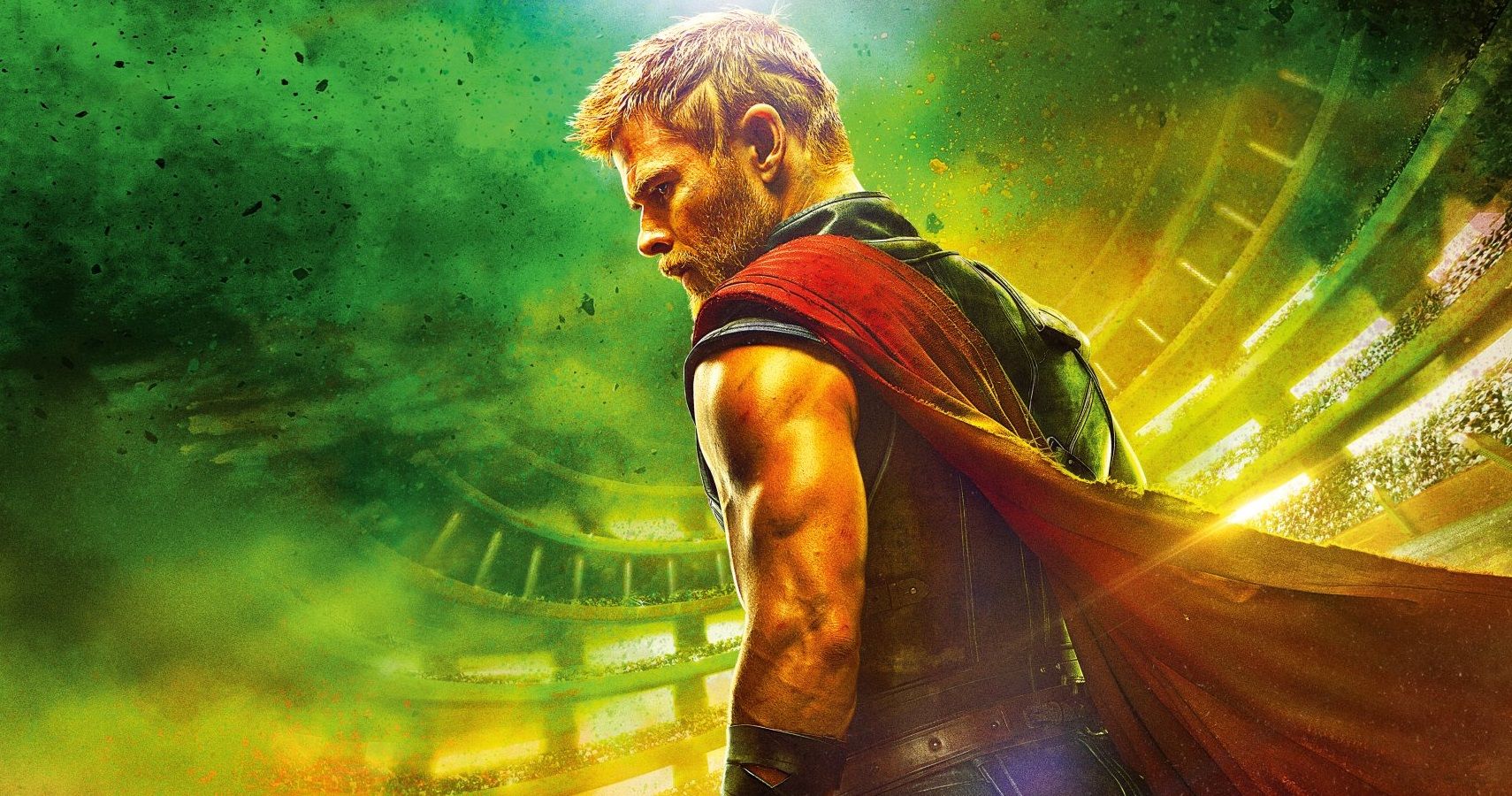 The opinion that Taika Waititi’s Thor: Ragnarok changed the MCU’s Thor solo franchise for the better isn’t entirely universal. But the Marvel fans who enjoyed the dreary, middle-of-the-road, quasi-Shakespearean first and second Thor movies and didn’t care for the colorful, hilarious, intergalactic antics of the third one are certainly in the minority.

10 Disappointing Before Ragnarok: Took Itself Too Seriously 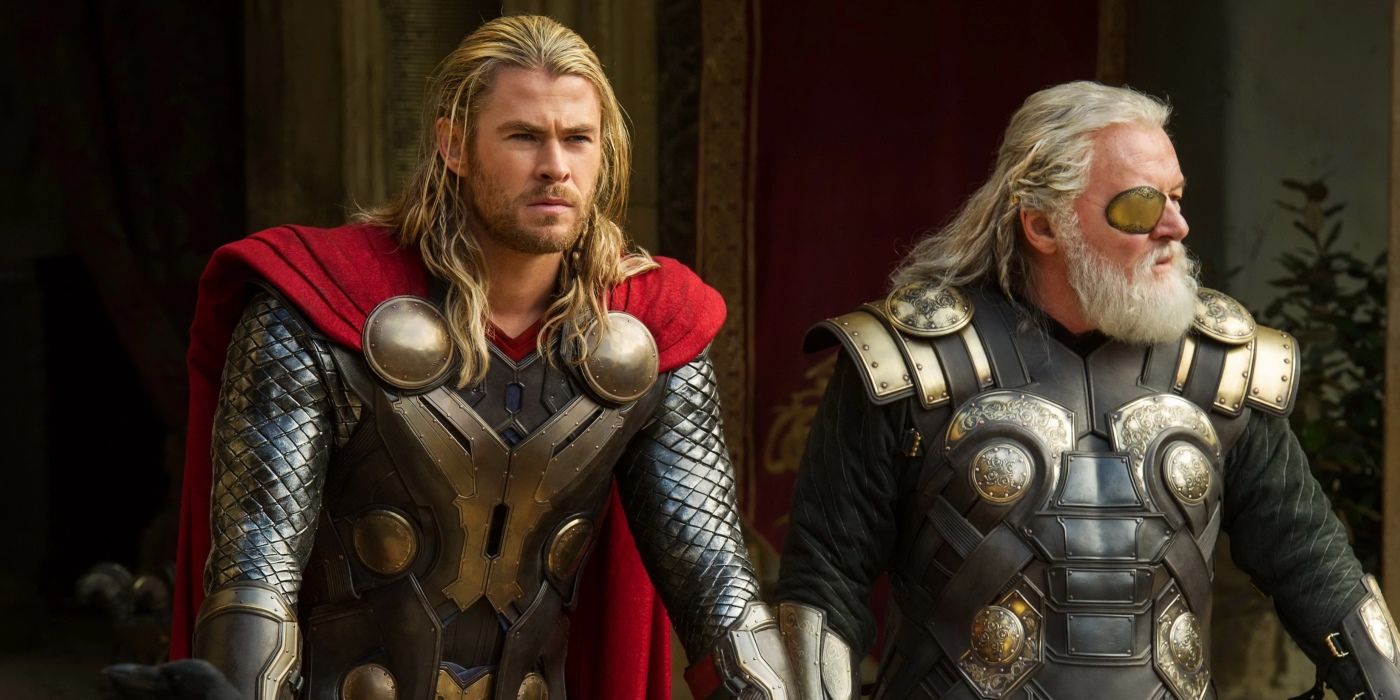 The first two Thor movies took themselves far too seriously. The God of Thunder was always prattling on about the dire consequences of disrupting the peace in the Nine Realms. He was as broody and mopey as Henry Cavill’s Superman. Space Vikings and magic hammers and Asgardian-set battle sequences should be fun.

2011’s Thor and its 2013 sequel, The Dark World, viewed everything through the lens of grave seriousness. Taika Waititi would drastically turn that around when he jumped in the director’s chair for Ragnarok. 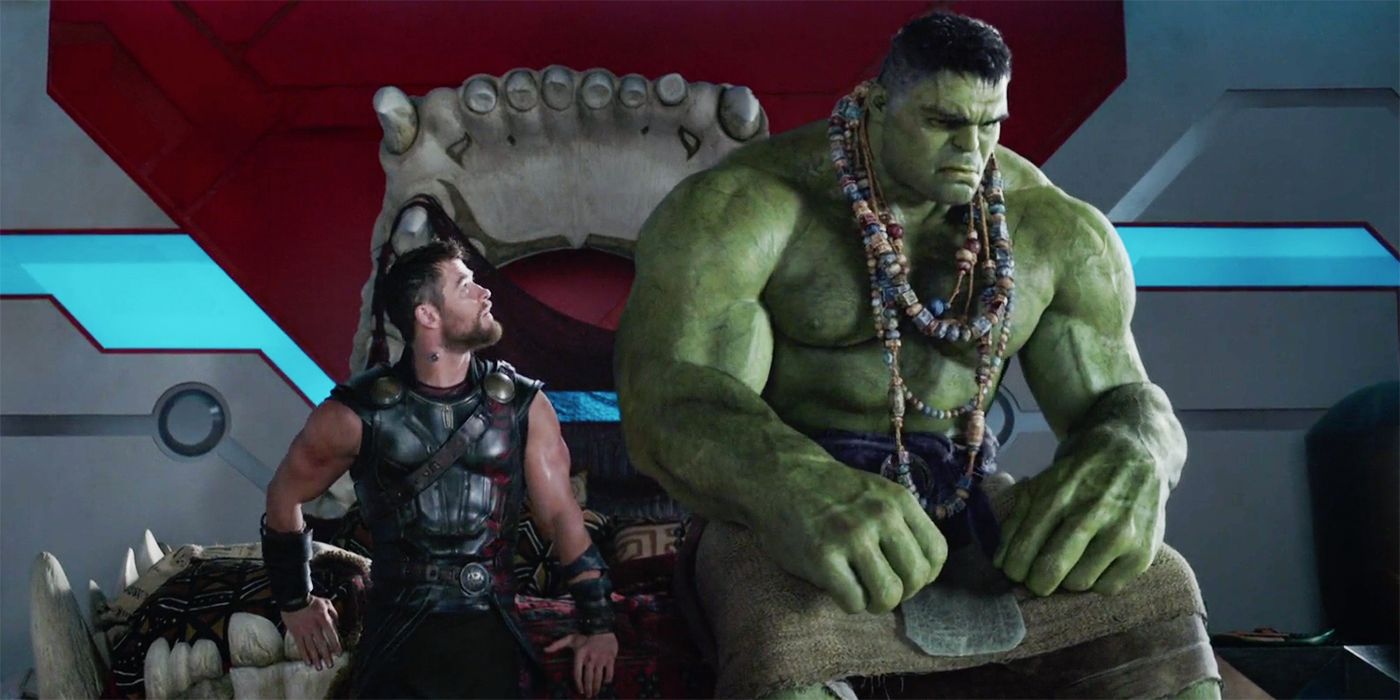 Right off the bat, the biggest change that Ragnarok made to Thor’s solo franchise was adding some humor. The previous movies had comic relief, mostly resting on Kat Dennings’ shoulders, but Taika Waititi included as many jokes in Ragnarok as in any of his comedies.

And while the injection of humor was oddly controversial with some Marvel fans, it’s generally accepted that laughter is a good thing, and so the use of comedy put Ragnarok ahead of its predecessors. 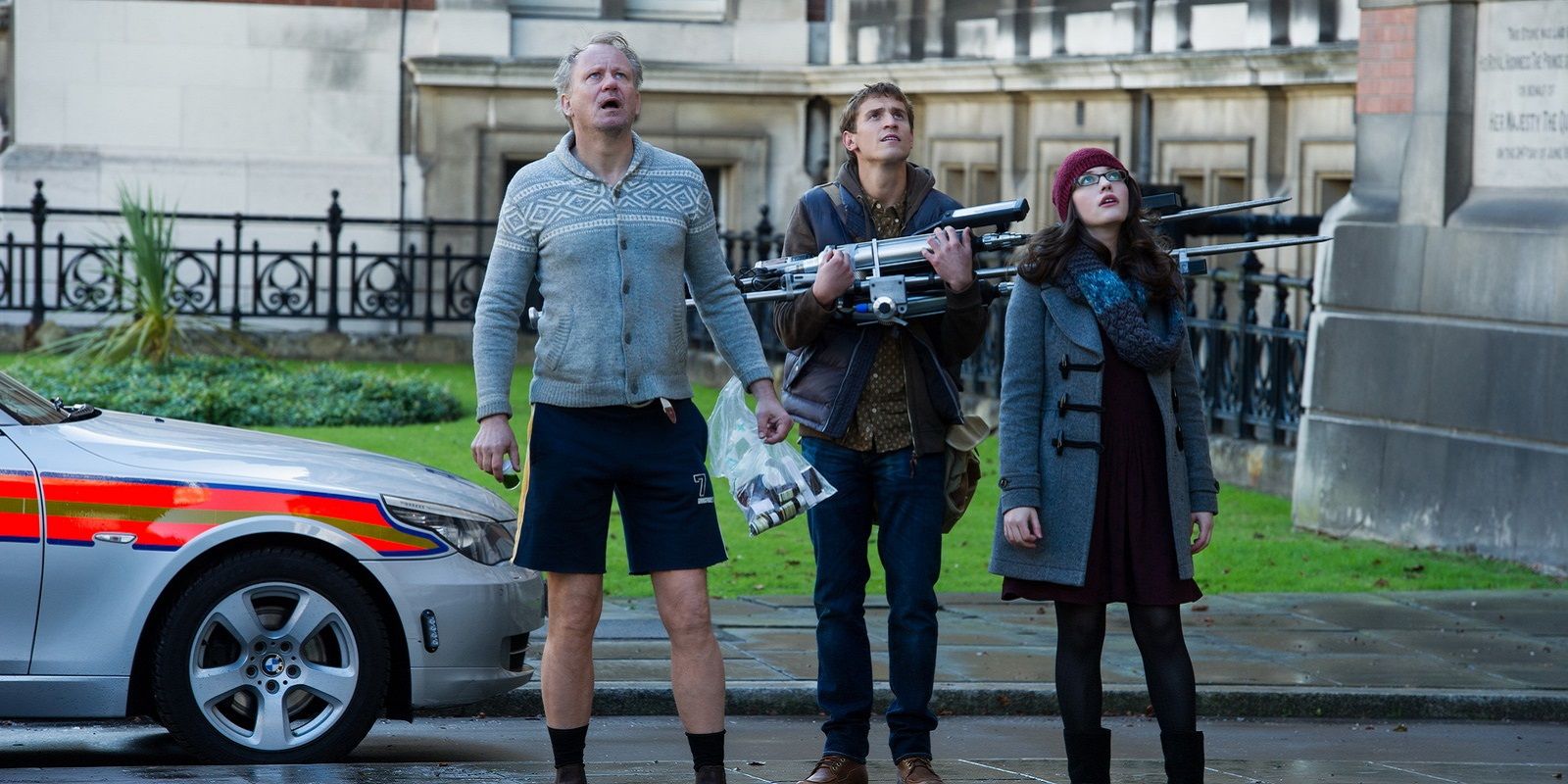 Every MCU solo franchise has a cast of supporting characters to surround the hero. Iron Man has Pepper, Rhodey, and Happy; Captain America has Sam, Bucky, and Nat; and prior to Thor: Ragnarok, Thor had Jane, Darcy, and Dr. Selvig.

They weren’t a particularly interesting group. They had potential, but the movies never took advantage of it. Marvel fans were never thrilled when Thor’s supporting cast arrived in a scene and they weren’t at all sad to see them go when Ragnarok came along. 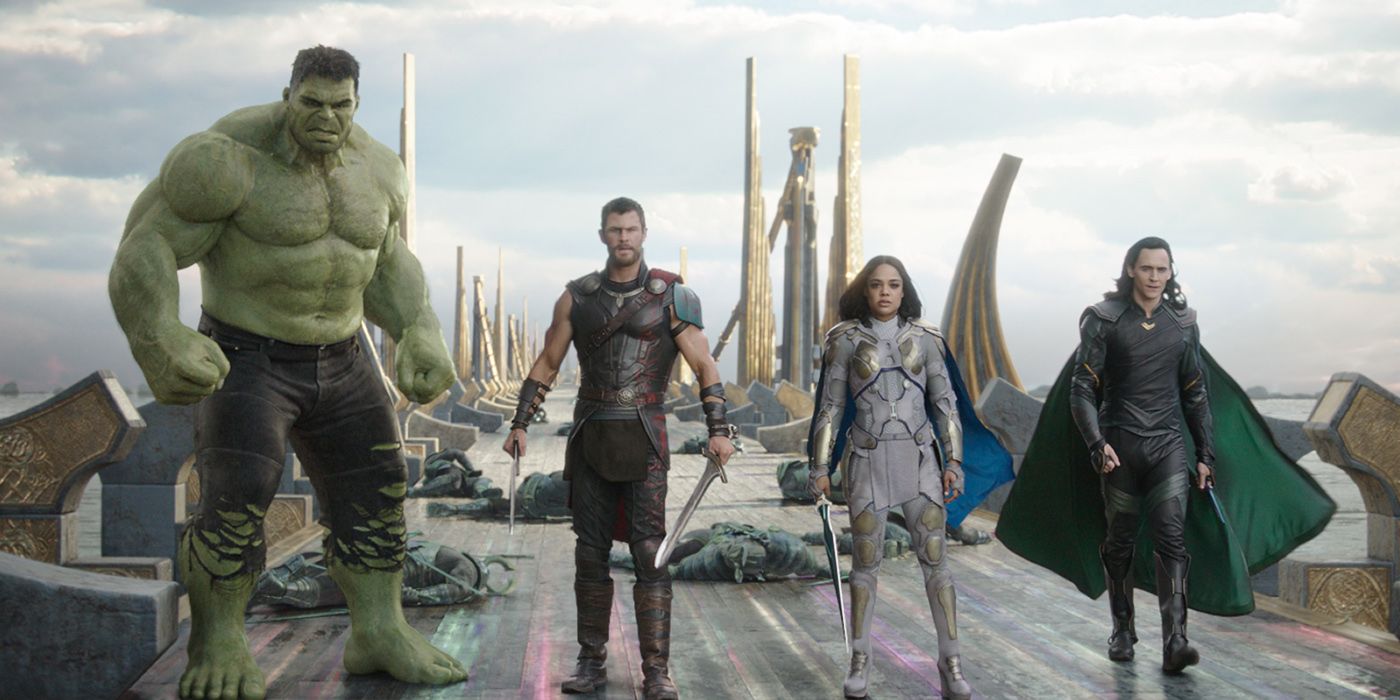 In Thor: Ragnarok, Taika Waititi cut the dead weight from Thor’s supporting cast (although he’s bringing back Jane Foster in Love and Thunder and giving her the powers of Thor, which should be interesting) and revamped them with some exciting new faces.

In particular, Waititi’s additions of Tessa Thompson as the hard-drinking, Pegasus-riding badass Valkyrie and himself as the mild-mannered rock monster Korg made Thor’s supporting cast immensely more engaging. 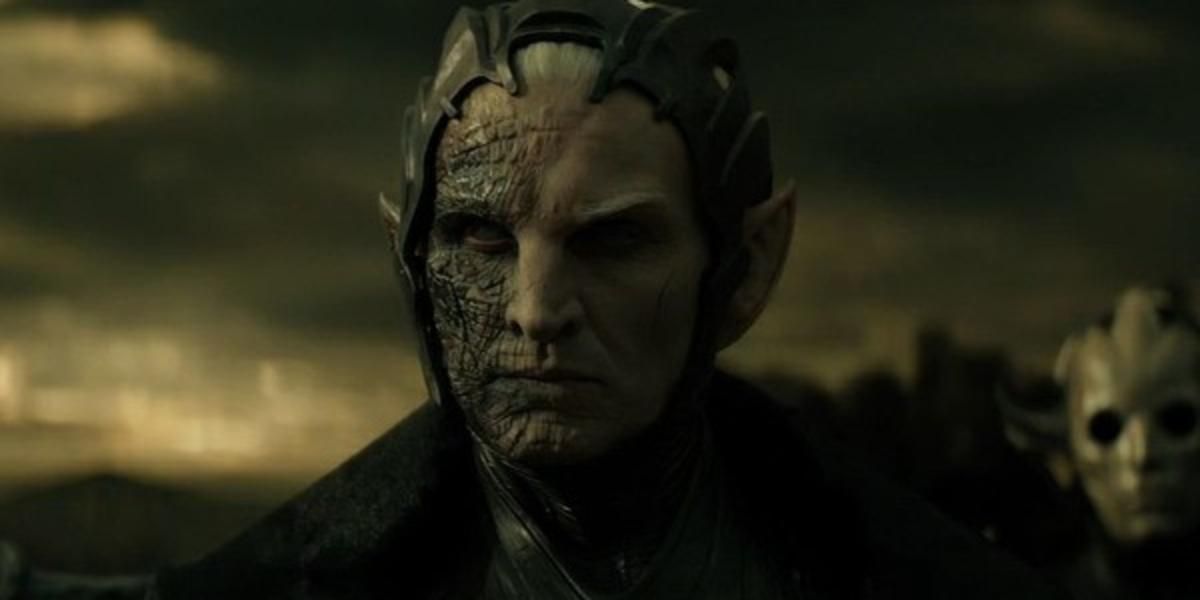 The issue of generic villains is not confined to Thor: Ragnarok, as the MCU in general has been criticized for having a “villain problem.” But Thor and Thor: The Dark World did nothing to fix that problem.

In fact, with painfully one-note villains like Malekith, they actively created the problem. Loki is a clear exception to this, as he’s always been well-developed and interesting, but he was only really a villain in The Avengers. 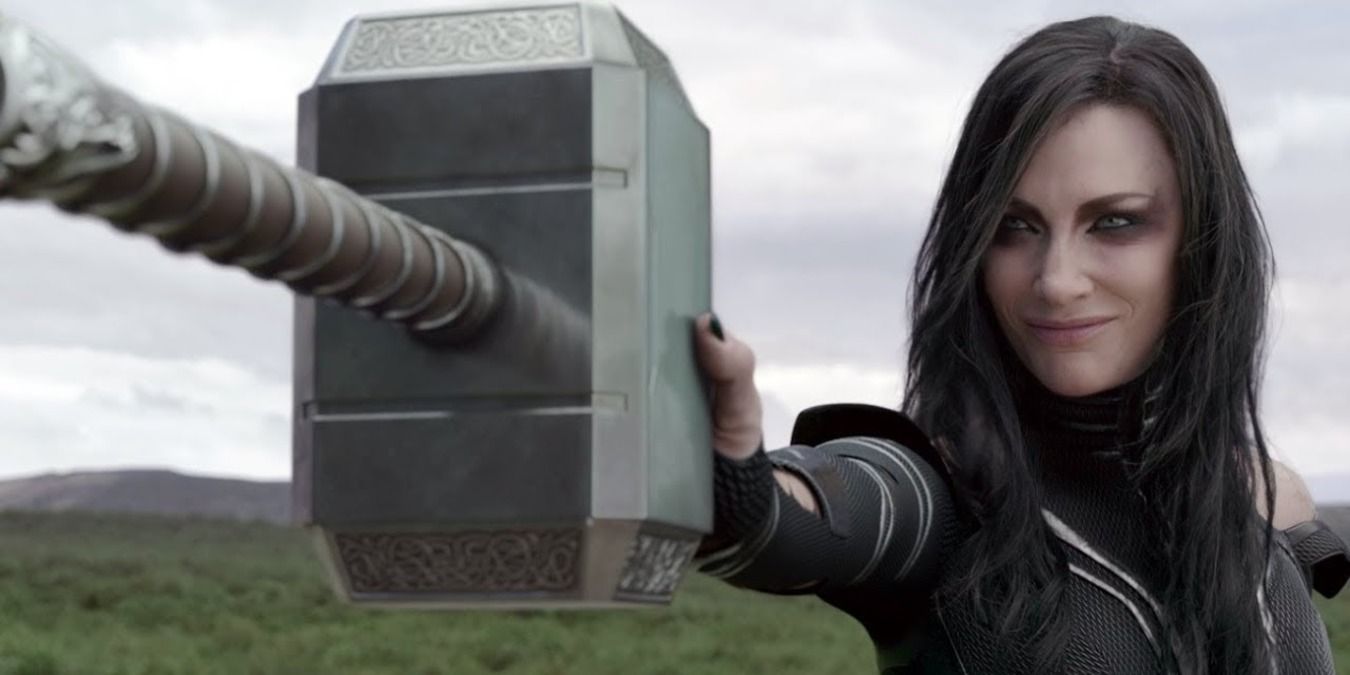 Taika Waititi didn’t single-handedly fix the MCU’s villain problem with Thor: Ragnarok, but arguably, he did fix the Thor franchise’s villain problem ⁠— with a little help. Cate Blanchett relished the chance to play a flamboyant Disney-style villain in the role of Hela, bringing shades of Maleficent and Cruella de Vil to the character, while Jeff Goldblum was hilariously camp as the Grandmaster.

And instead of adapting a bland villain like the Destroyer to be the physical threat, Waititi gave Thor fans a villain they’d been waiting to see on the big screen for years, Surtur, and his apocalyptic presence didn’t disappoint.

4 Disappointing Before Ragnarok: Chris Hemsworth Wasn’t Having Any Fun 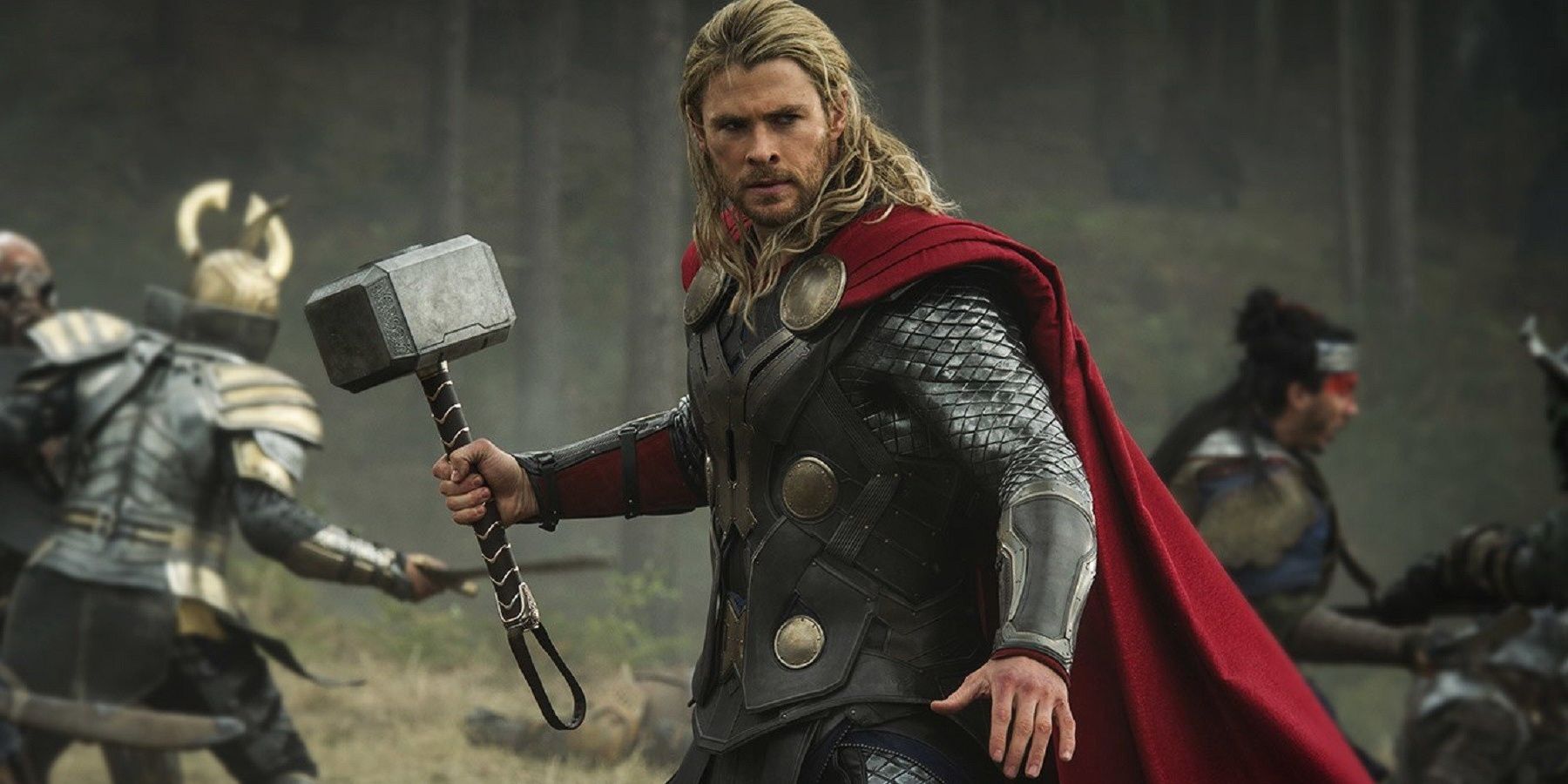 Chris Hemsworth has admitted that before Thor: Ragnarok reinvigorated the character, he was getting a little sick of playing the God of Thunder. And if the leading man isn’t having any fun playing a superhero, the audience isn’t going to have any fun watching their on-screen antics. 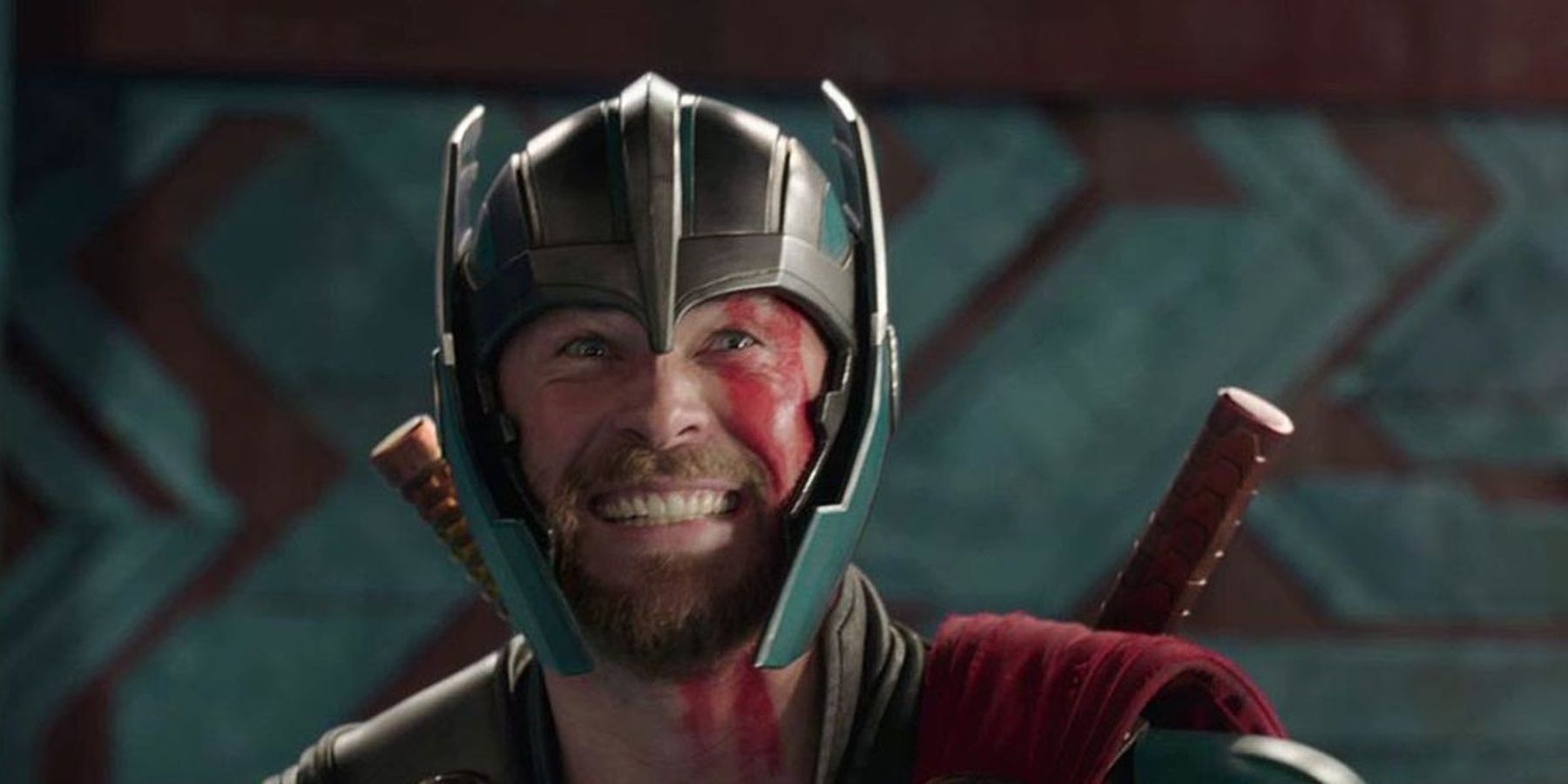 Just when Chris Hemsworth had lost all interest in playing Thor, Taika Waititi came along and let him run wild with the character. Playing to Hemsworth’s strengths as a comedic performer, Waititi made the role of Thor fun for the actor ⁠— and, as a result, fun for the audience. 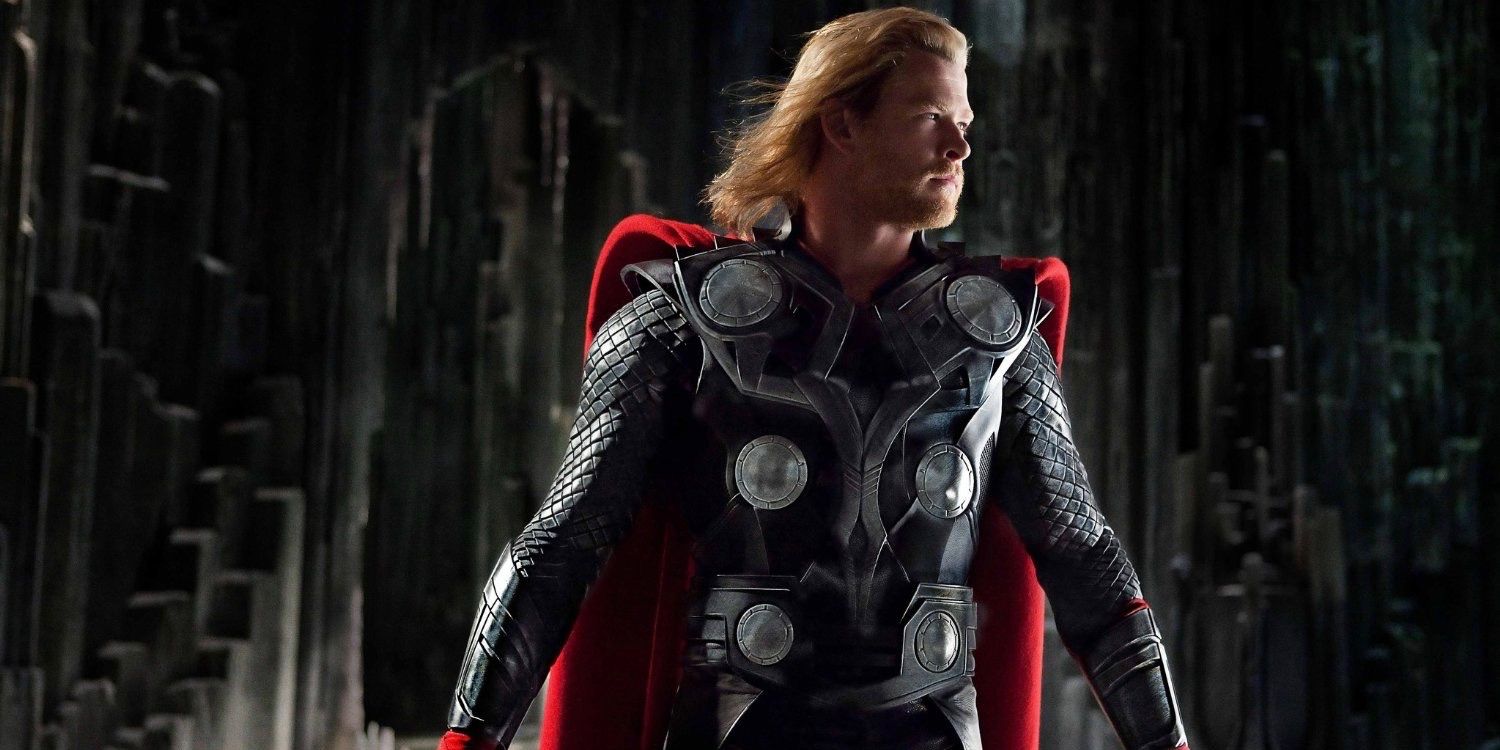 The changes in Thor’s characterization in Ragnarok were not entirely comedic. Before Ragnarok, the God of Thunder was depicted as just that: a god.

Whether Dr. Selvig was studying his face like an old coin or Darcy was swooning over his superhuman physique, the previous Thor movies strangely went to great lengths to emotionally distance the titular hero from the audience. 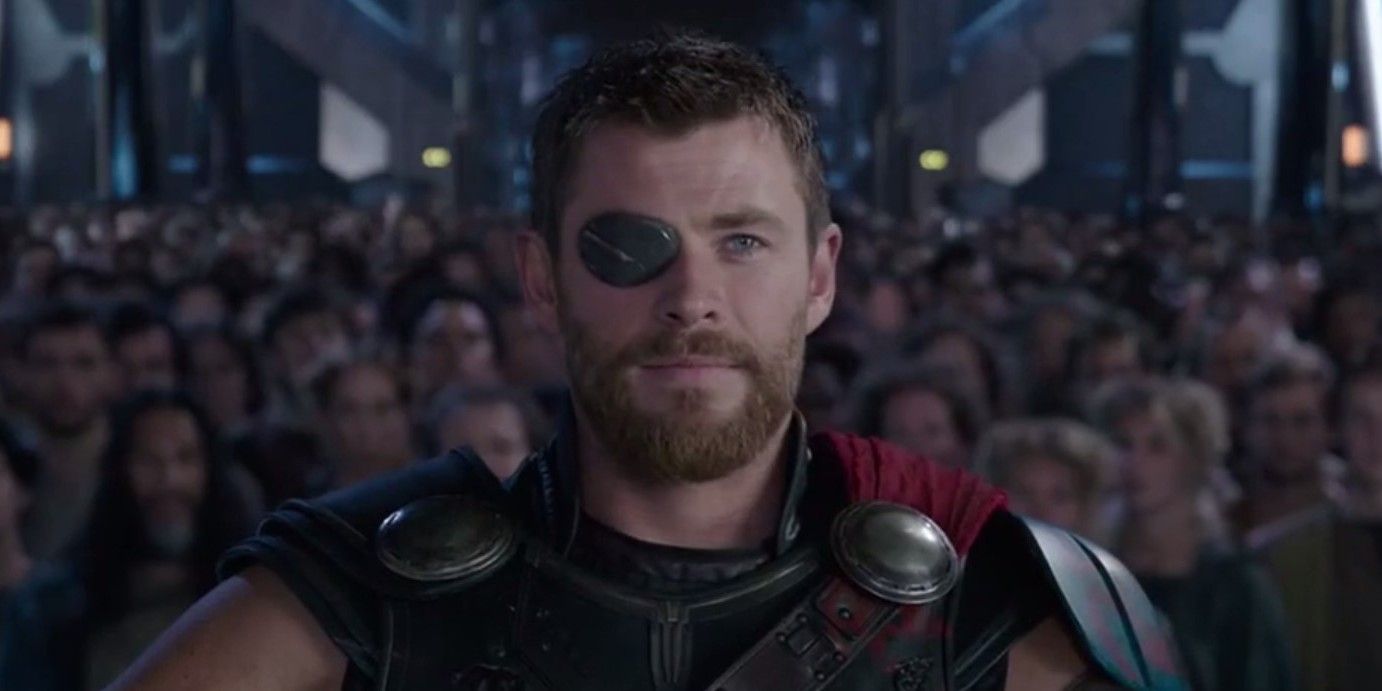 In Thor: Ragnarok, Waititi doesn’t frame the titular Norse god as an idealized, all-powerful deity. Within the first act, Thor’s dad dies, his hammer is destroyed, his kingdom is invaded, and he’s stripped of his powers.

In doing so, the movie humanized a character who had been overtly portrayed in previous movies as a counterpoint to humanity.