In Donny Cates and Nic Klein’s Thor #14, Donald Blake is finally defeated, and Loki condemns the new villain to a horrifying final fate.

You Are Reading :Thor Loki Condemns Donald Blake to a Cruel Final Fate 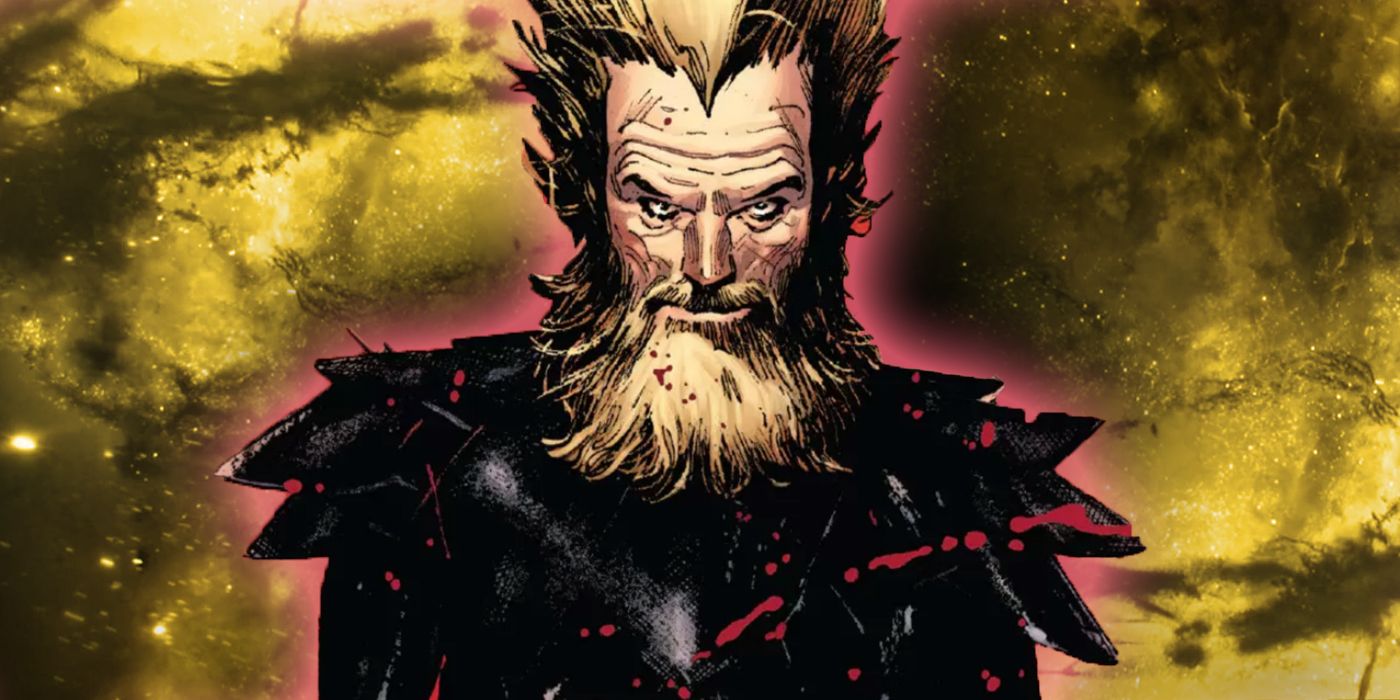 At the start of Thor latest story arc, “Prey,” the God of Thunder’s human alter ego returned to Asgard. For years, Donald Blake was located in a magical dimension where time had no meaning and he lived a happy, blissful life. However, after a mysterious force started affecting Asgard’s magic, Donald became aware of his perfect world and, over time, he started seeing it as something else: a prison where he was left abandoned.

He eventually grew mad, and after stealing the Midgard Serpent’s power and combining it with his own Odin-Force, Donald returned to Asgard, unleashing his madness on pretty much everyone who ever had anything to do with Odin, Thor and Asgard. Now, in issue #14, Donald is finally defeated, and it’s Loki who ultimately decides the villain’s final fate — a cruel imprisonment far worse than death. 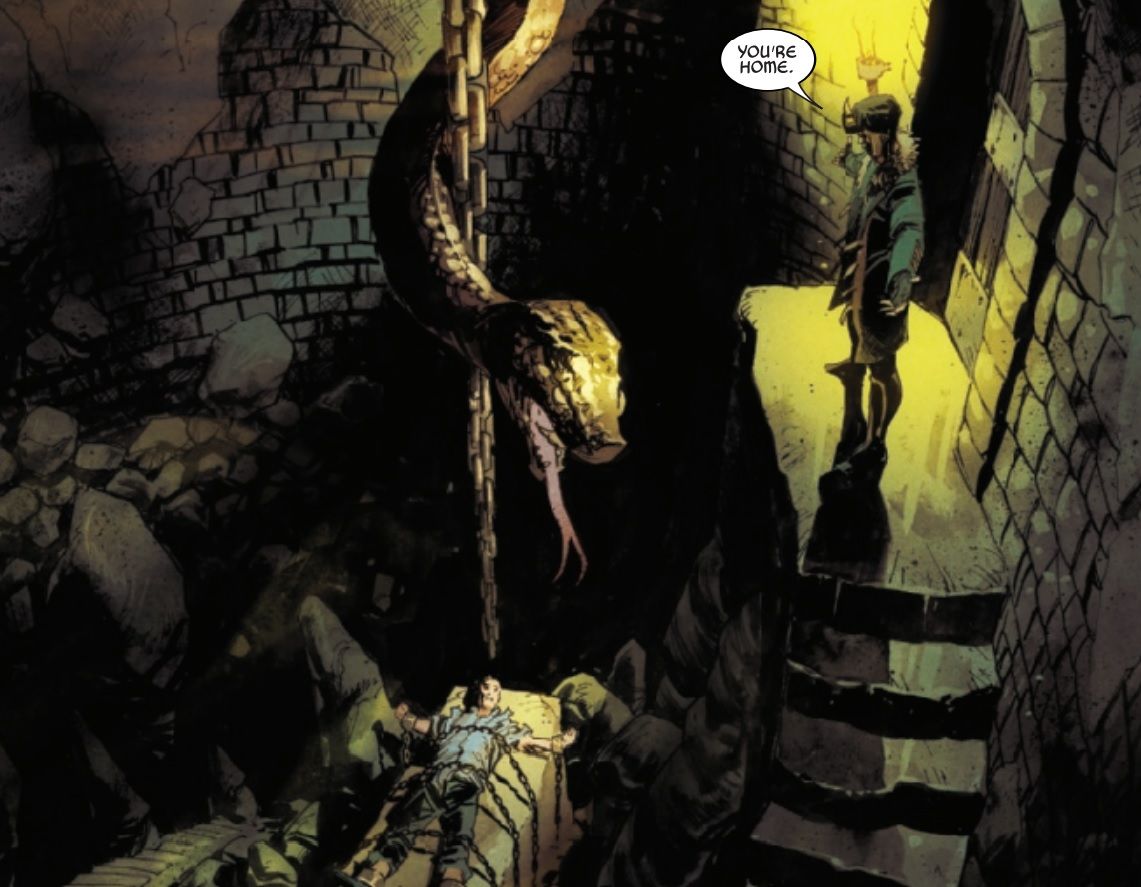 In Thor #13, Doctor Strange rescued the Asgardians after they were stranded in Dimension Blood by Donald Blake. With some help from Valkyrie, the Sorcerer Supreme assembled Asgard’s defenders, including Throg, Lockjaw, Beta Ray Bill and Odin, while an imprisoned Thor joined the fight through the Destroyer armor. The battle erupts in Thor #14, with Donald and Thor doing most of the fight. Thanks to Beta Ray Bill, Donald is eventually defeated, and because of Loki’s intervention, Thor is able to physically return from his magical prison.

Now, Thor has the opportunity to deliver his final judgement on Donald for all the damage he has done — only he doesn’t. The truth of the matter is that despite everything that Donald has done, Thor still sees him as his brother, which prevents him from killing the villain. Since he is unable to make the final call, Thor asks Loki to find a suitable punishment for Donald Blake instead.

As the issue comes to a close, Donald’s fate is revealed: Loki has chained the villain to a rock in a dungeon, where a vicious snake torments and tortures him, dripping poisonous venom from its fangs right onto his face. This cruel punishment echoes one that befell Loki himself in Norse mythology, wherein the God of Lies was imprisoned and chained by the goddess Skaði, while a snake dripped venom into his eyes. 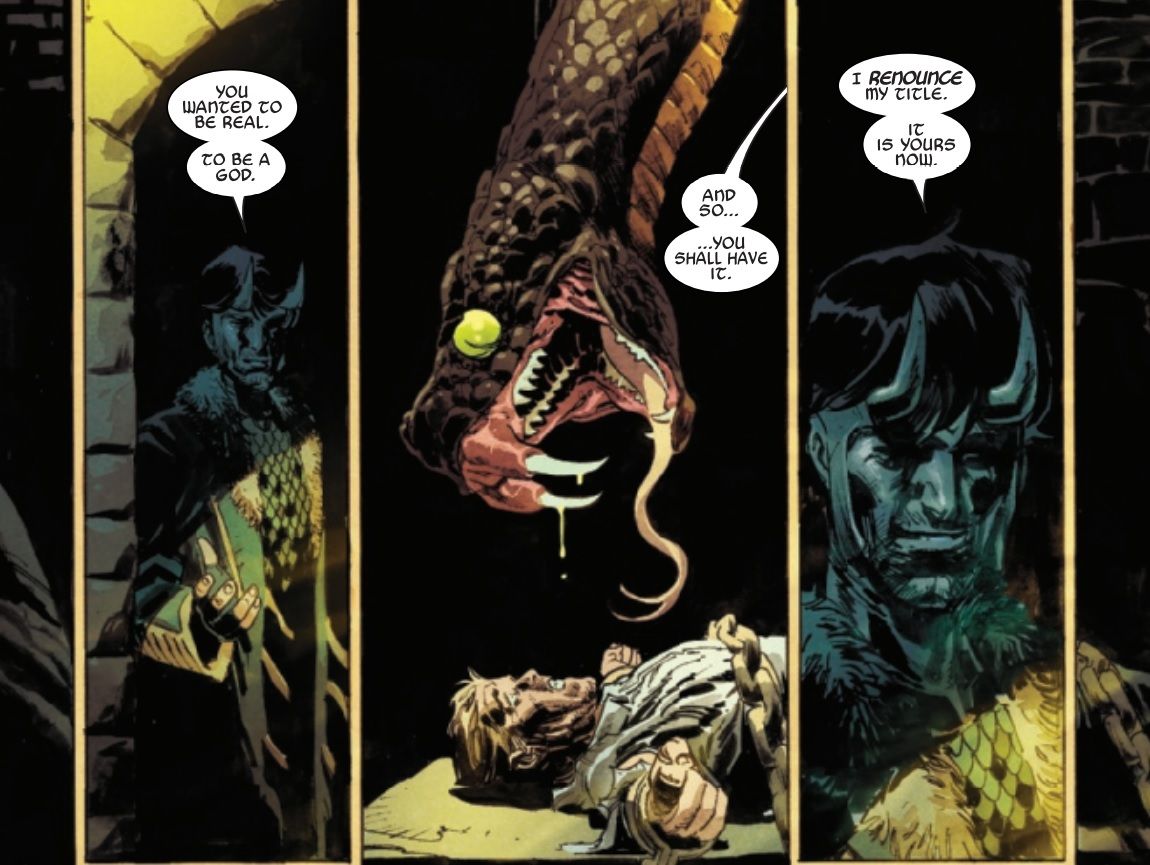 Therefore, Loki has condemned Donald Blake to a fate that was once his. As the snake’s venom falls onto his face, a helpless Donald Blake is left screaming in his prison cell. This is undoubtedly a cruel fate for Donald Blake, especially since, upon his rise to villainy, he was also made into a tragic figure. Donald never asked to be created. He was merely meant to be a tool to teach Thor humility, and once he gained sentience, he was driven mad. Sure, his murderous rampage made him incredibly dangerous, but it wasn’t exactly his fault. Now, Donald is locked up once again, and this time he is at the mercy of a creature who will continuously torture him.

This fate is almost even worse than when Donald was trapped in his magical dimension: he’s a prisoner once more, he’s suffering, and there’s nothing he can do about it. The worst part is that this could ultimately make Donald an even more dangerous threat. If he ever ends up being freed, Donald will be justified in seeking revenge on both Loki and Thor.