Titans Scarecrow Does One Thing Better Than Batman Begins Version

Titans’ Scarecrow Does One Thing Better Than Batman Begins’ Version

Scarecrow has been the main villain in Titans’ season 3 so far, but Crane does one thing better than Cillian Murphy’s version in Batman Begins.

You Are Reading :Titans Scarecrow Does One Thing Better Than Batman Begins Version 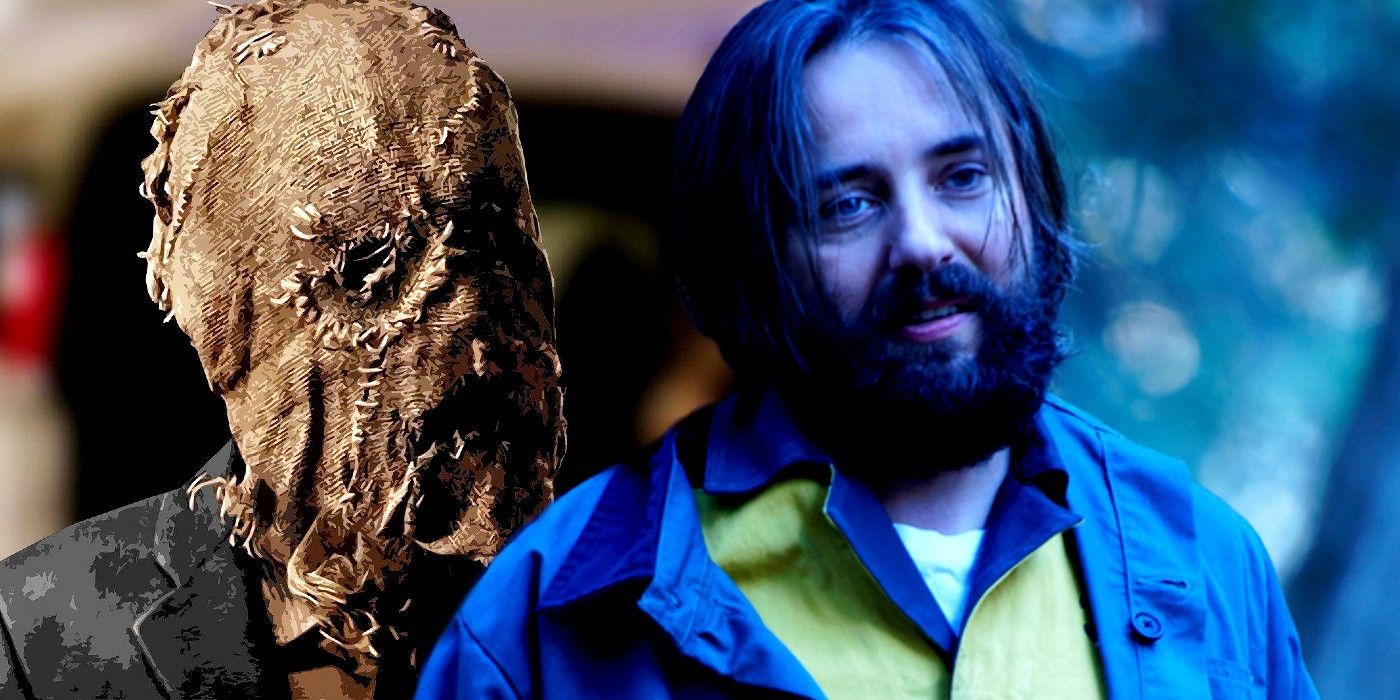 Though both are very different brands of unhinged, Titans season 3’s Scarecrow does one thing better than the Cillian Murphy variant in Batman Begins. Despite featuring the likes of Red Hood and Blackfire, the main villain in Titans season 3 has been Jonathan Crane, otherwise known as Scarecrow. Played by Vincent Kartheiser, the member of Batman’s Rogues Gallery most likely to be covered in bird poop exploited Jason Todd, secured a dramatic escape from Arkham Asylum, and quickly set in motion his plan for controlling Gotham City via an experimental anti-fear drug.

Titans isn’t the first Scarecrow portrayed in live-action. A younger Jonathan Crane appeared alongside his father in Gotham, but the most famous incarnation is undoubtedly Cillian Murphy in Batman Begins. Christopher Nolan’s 2005 trilogy-opener found Crane on the right side of Arkham at first – a psychologist whose experiments on criminals become increasingly sinister. A creepy burlap sack covering his face, Scarecrow schemed alongside Ra’s al Ghul to poison Gotham’s water supply with fear toxin. Cillian Murphy’s performance received a positive reaction from fans, who praised the actor’s ability to make Crane realistic yet frightening. The accentuation between “Dr. Crane” and “Scarecrow” proved fascinating too, with Murphy hiding his character’s madness under a calm, professional exterior.

As good as Batman Begins’ Scarecrow was, Titans’ incarnation does something Nolan’s trilogy never did – make Crane feel like a big deal. In Batman Begins, the Scarecrow is just starting to make waves as his crop-themed alter ego, so lacks the intimidation factor of Gotham’s usual big bads. Moreover, Batman Begins makes Scarecrow a secondary antagonist to Ra’s al Ghul. Liam Neeson’s villain needs Scarecrow for his toxin, and Scarecrow goes along with the plan out of morbid curiosity. There’s a clear hierarchy in their dynamic, highlighted when Ra’s is defeated by Batman, and Scarecrow is beaten by Rachel Dawes (not even Maggie Gyllenhaal’s version!). Although Cillian Murphy’s Scarecrow was the only villain to appear in each installment of the Dark Knight trilogy, his role became less meaningful with each movie. 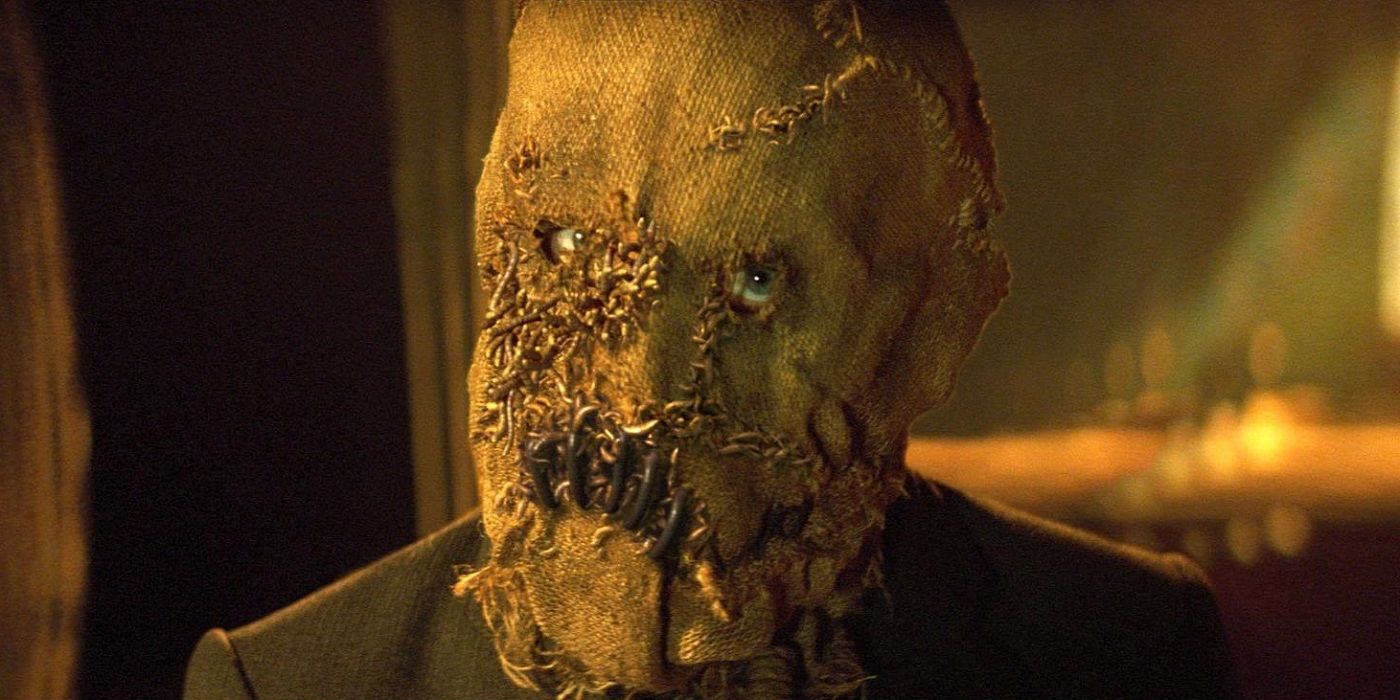 Titans, on the other hand, does a great job of making Scarecrow feel like a major threat – no mean feat considering he’s permanently high. When Titans’ Crane makes his presence felt at a meeting of Gotham’s finest gangsters, there’s a reverence in the room. The mob bosses are terrified of Scarecrow, and the villain barely breaks a sweat forcing his fellow criminals to cooperate – even without wearing his patented nightmare mask. Scarecrow’s effortless hold over the mob reveals how formidable this villain has been in years gone by. His reputation is such that, even after getting stoned behind bars in Arkham, Jonathan Crane’s mere presence frightens more than just birds.

Titans season 3 also reveals how Batman defeated Scarecrow – and their battle was much closer than you’d expect. Getting the better of Scarecrow required Bruce to harness the power of Oracle, a now-illegal computer program with access to every private and public communication and CCTV feed in the city. The program is almost identical to Christian Bale’s sonar system in The Dark Knight, which helped him bring down Heath Ledger’s Joker. It’s surprising that Titans’ Batman was backed into a such a corner by a villain who, traditionally speaking, isn’t among the Caped Crusader’s most fearsome foes.

The image of Scarecrow and Jason Todd running away in an ice cream van – tail between their legs after taking a Titans-sponsored beating – suggests Scarecrow’s days as a major threat in Titans season 3 might be over. But it would’ve been interesting to see how Cillian Murphy’s Scarecrow might’ve evolved had he received similar treatment in the Dark Knight trilogy. Maybe Crane could’ve claimed part of Bane’s lawless Gotham City as his own in The Dark Knight Rises, instead of simply making a kangaroo court cameo?

See also  What Your Favorite Succession Character Says About You