Top Gun is definitely one of the most iconic films of the ’80s… even if some aspects haven’t aged well at all. 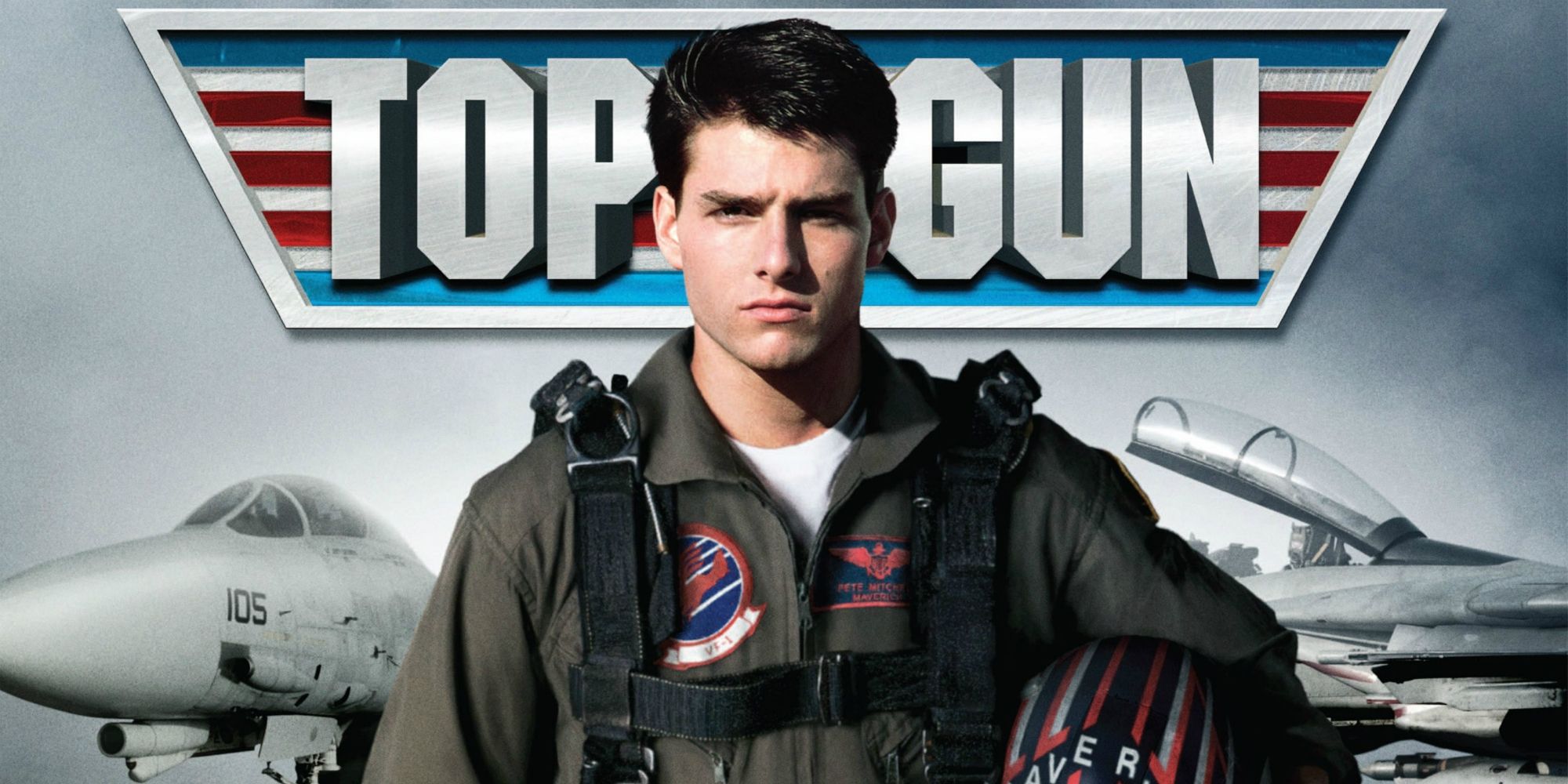 Whether or not an ’80s film endures as an iconic classic of its era or ages horribly with the times is arguably a matter of nostalgia. Either there are aspects about it that are continuously praised despite their firm roots in the decade, or because of them. It can depend on a variety of factors, from the cast to the storyline, to the cinematography, to the music. Top Gun is one of those films that is definitely an iconic ’80s film because of its representation of the era, good and bad.

The story of a hotshot fighter pilot going against the military grain, and being celebrated for the very contrary traits that make him stick out from the rest of his peers is a timeless one. Maverick has become an enduring symbol of personal liberty, and with his performance, Tom Cruise became cemented as the action star he is today. Even with its relatability in some aspects, Top Gun has its clunky moments, like an old Tomcat in need of maintenance. Here are 5 reasons why it’s the most iconic movie of the ’80s, and 5 ways it doesn’t hold up. 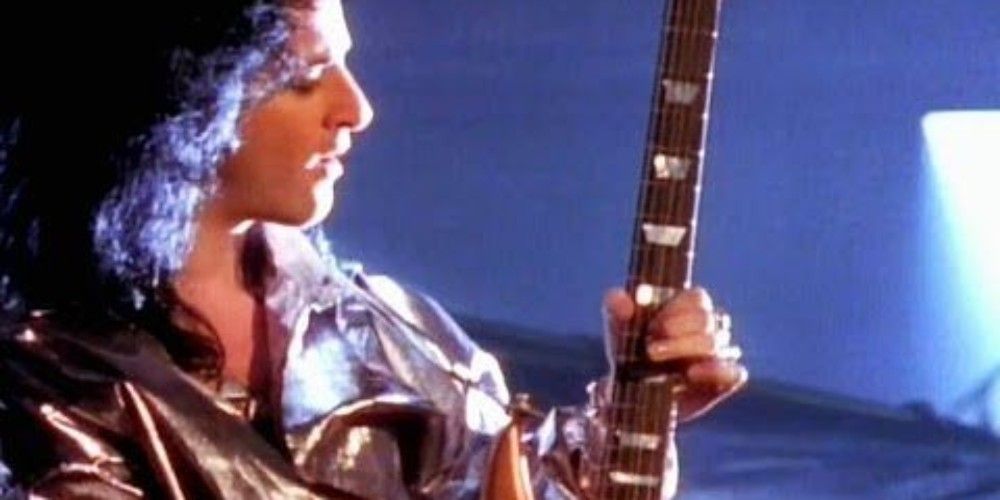 While it could be argued that Top Gun doesn’t hold up because of its all the cheesy ’80s music accompanying its soaring fighter jets, the movie is revered the way it is precisely because the music is so incongruous. There are several standout moments that are defined by their music, without which they wouldn’t be as iconic.

“Danger Zone”, the film’s theme song by Kenny Loggins, is synonymous with Maverick’s hotshot method of flying. “Playing With The Boys” only adds to the iconic volleyball scene, not detracts. “Take My Breath Away” by Berlin makes Charlie and Maverick’s romance actually romantic, and the incredible twangy guitar solo by Steve Stevens for the film’s score gives it hauntingly emotional resonance.

9 WHY IT DOESN’T HOLD UP: THE MILITARY INACCURACIES 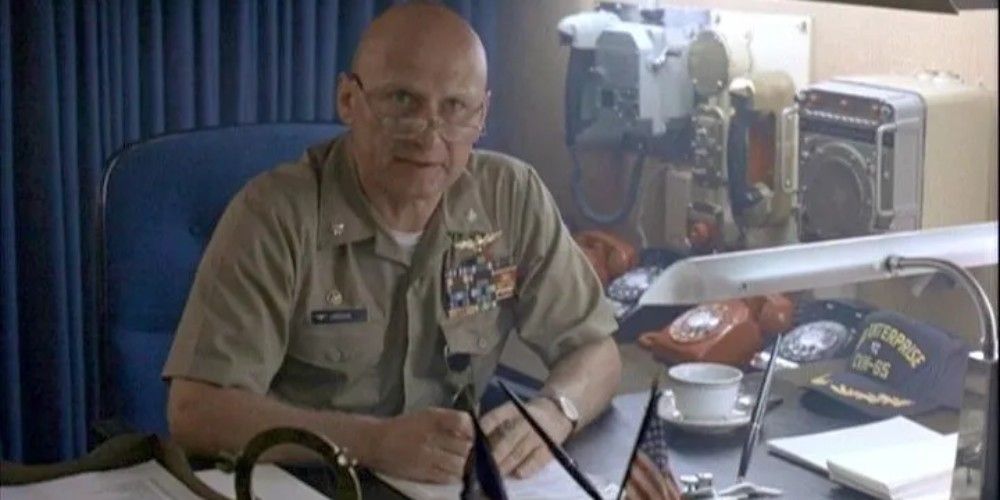 Military personnel could spend many a movie-night picking apart the film and throwing popcorn at the screen whenever a visible inaccuracy is spotted. From 0-5’s wearing cover inside without having bridge duty, to RIOs having non-existent rear cockpit fuel gauges, the inaccuracies fill every frame.

There’s dialogue that wouldn’t happen over the radio, junior personnel that would never be given a spot at Top Gun, and even the Top Gun trophy itself is a reflection of a lack of military authenticity because it doesn’t exist. As the decades march on, it’s harder for anyone in or out of our armed forces to take it seriously.

8 WHY IT’S ICONIC: THE AERIAL CINEMATOGRAPHY 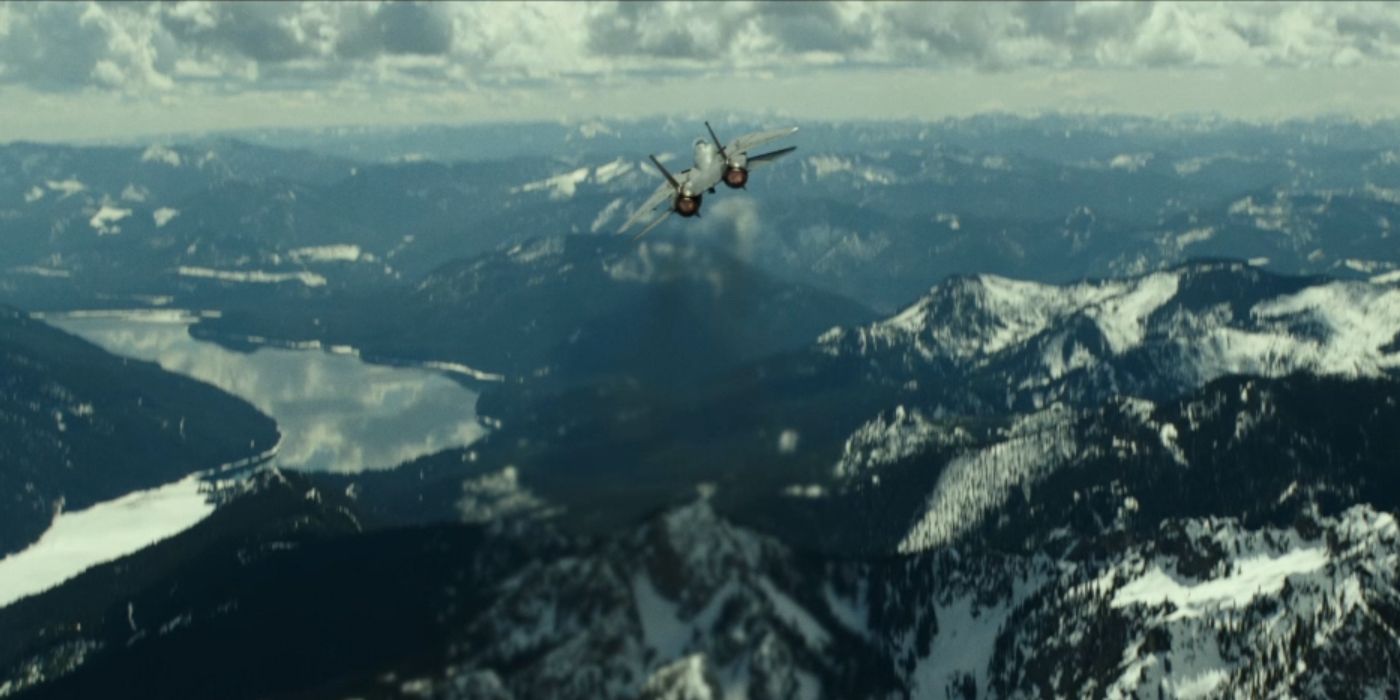 If Top Gun is remembered for anything, regardless of the decade in which it was made, it will be for the amazing aerial cinematography that the film provided. Not since the ’40s and ’50s have so many great shots of aerial dogfights been captured and documented.

It has the added bonus of providing a bird’s eye view, and cockpit view, of Navy fighter jet simulations, something the average person wouldn’t be able to see unless they enlisted. While it’s sequel will undoubtedly improve on this, the advent of drone technology will mean less of a need for manned fighter jets, making this film a sort of time capsule.

7 WHY IT DOESN’T HOLD UP: MAVERICK AND CHARLIE 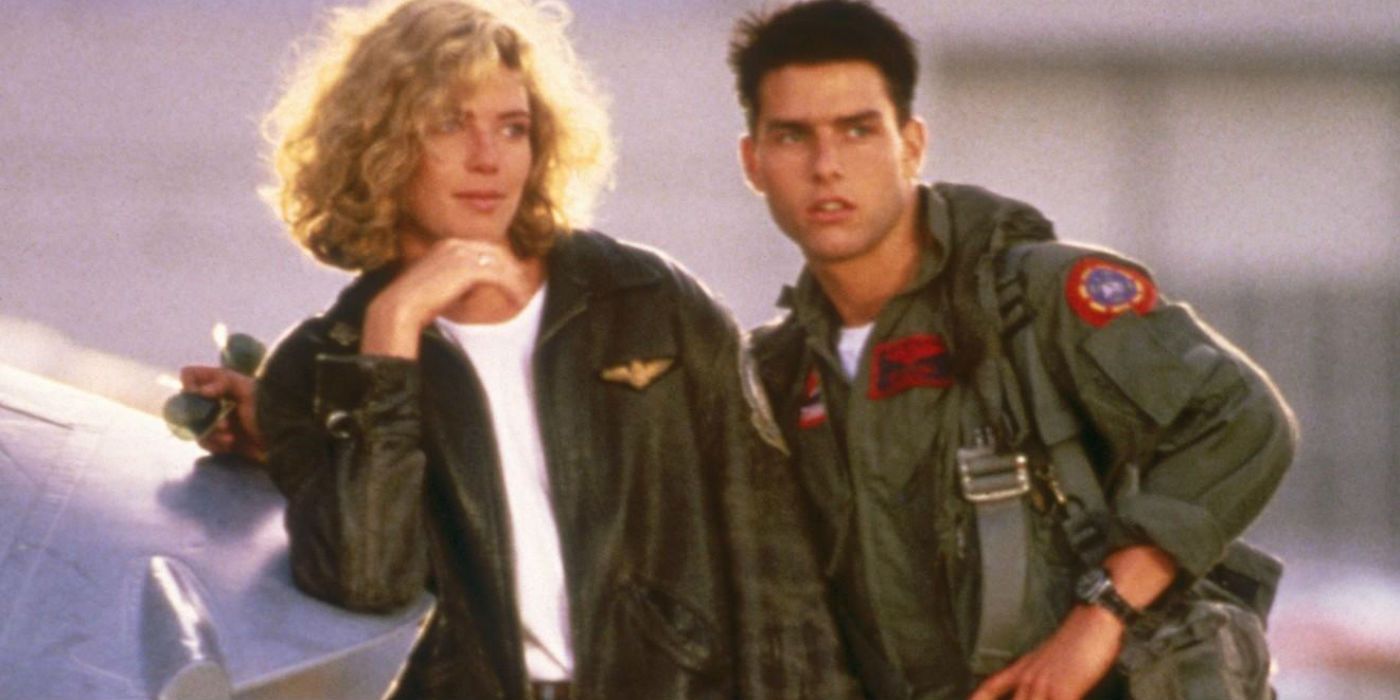 Besides Maverick winning the Top Gun trophy, he also wants to win Charlie’s heart. He first meets her at the local bar, where she refrains from telling him that she’ll actually be one of his instructors in his program. He makes a fool of himself by acting like an arrogant jerk the entire evening, and even follows her into the women’s bathroom.

Their “will they, won’t they” relationship provides a little heat to the movie, but it already has the pace of jet engines, so it feels unnecessary. Maverick never really treats Charlie any better than he did when they first met, and she sacrifices a prestigious job in Washington D.C. for him.

6 WHY IT’S ICONIC: THE VOLLEYBALL SCENE 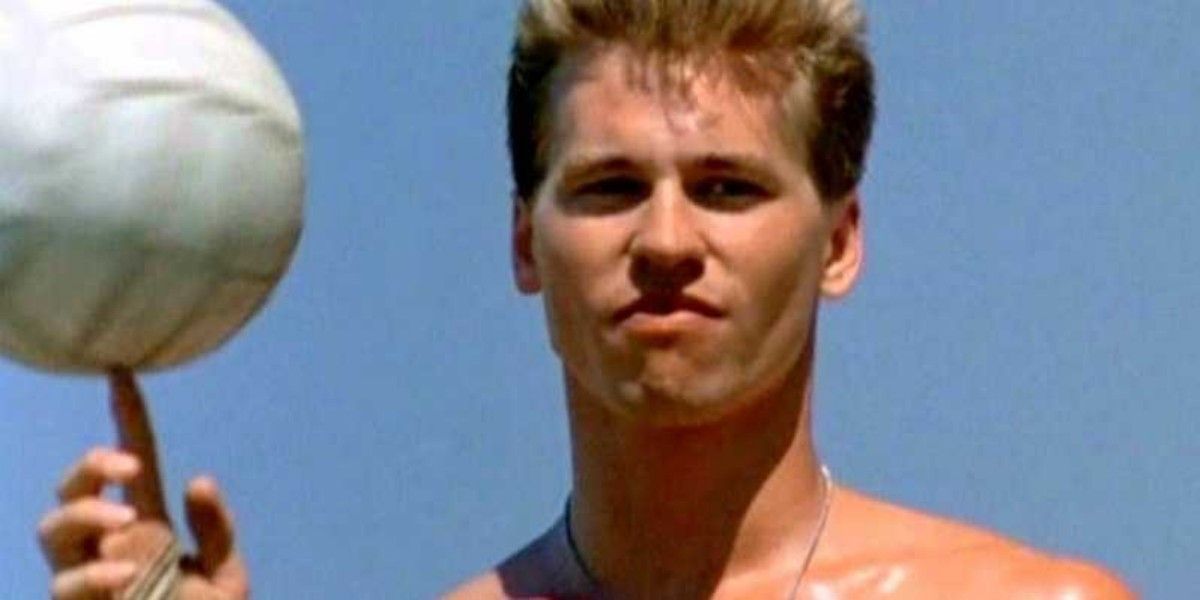 When Top Gun came out, the volleyball scene was a much-maligned portion of the film. Audiences could only focus on the oiled up half-naked men on the screen, and came to the conclusion it served as a blatant example of homoeroticism rather than a case of typical male bonding.

While it may not seem to make much sense in the film, it’s a scene that’s still talked about to this day. Everybody remembers Top Gun for the dogfights and, incidentally, for the volleyball scene. We can only hope Top Gun 2 features a similar standout moment of silliness.

5 WHY IT DOESN’T HOLD UP: MAVERICK 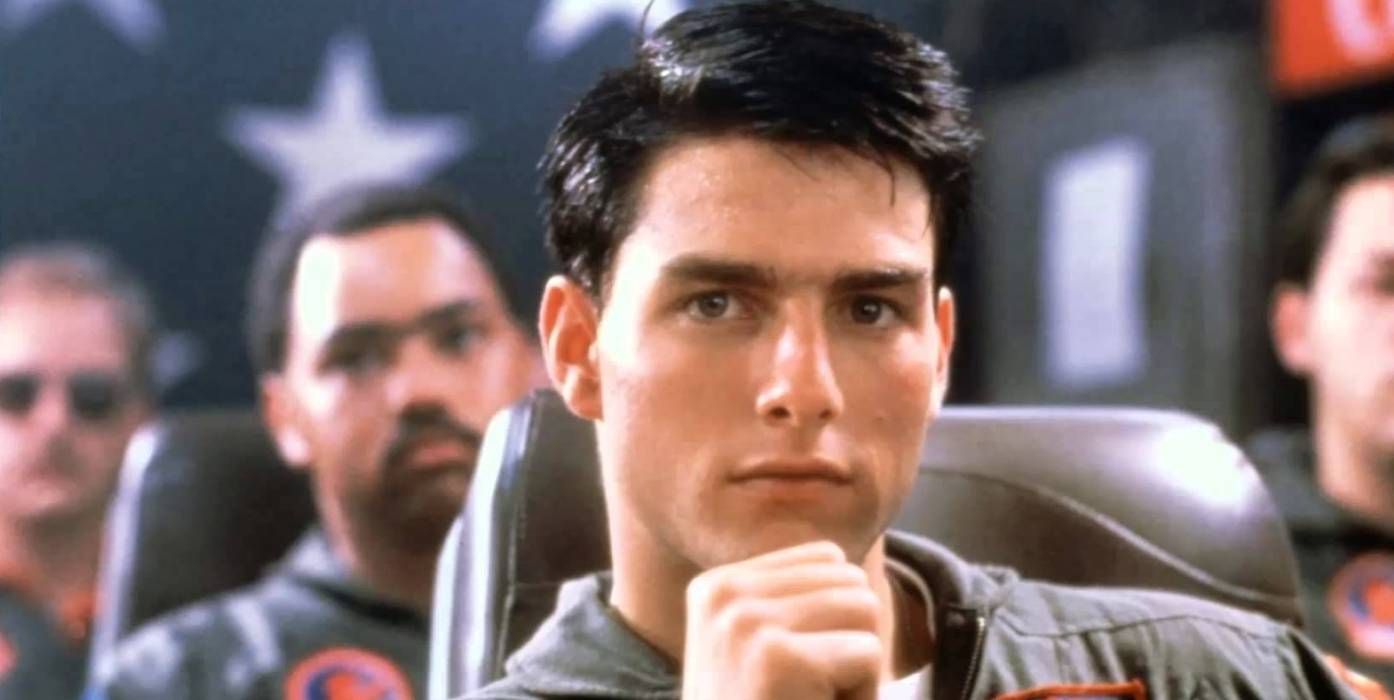 Maverick is the main focus of the film, and as played by Tom Cruise, is an iconic ’80s character. He’s a hotshot fighter pilot with a chip on his shoulder, bucking the system of the conservative military with his reckless flying and unconventional way of thinking.

While his inclusion makes for an entertaining flick, audiences today are coming to the conclusion that a pilot like Maverick would get more people killed than anything else. After his first buzzing of a tower or barrel-roll, he’d have violated FAA regulations and have his wings taken.

4 WHY IT’S ICONIC: IT CELEBRATES AMERICA 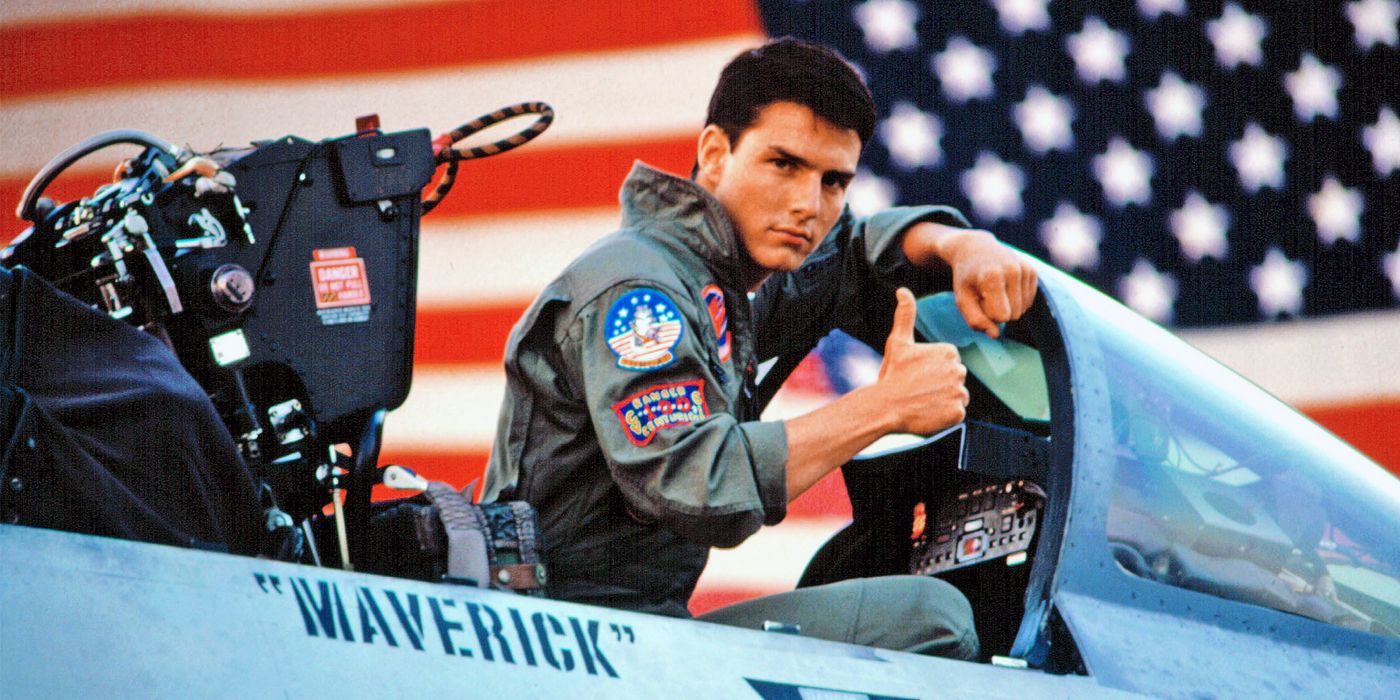 Top Gun has become to some citizens of the United States as American as apple pie, and hot dogs on the Fourth of July. It’s seen as a celebration of the might of the Navy, as well as a celebration of its ability to protect American liberties. Top Gun celebrates freedom.

Maverick is a “pull yourself up by your bootstraps” American hero. His method of flying and unconventional mode of thinking is at first castigated in the film, then revered. Even as times change, and manned fighter jets are retired, and Tom Cruise gets old, Maverick and his sense of personal liberty will live on.

3 WHY IT DOESN’T HOLD UP: ICE MAN VS MAVERICK 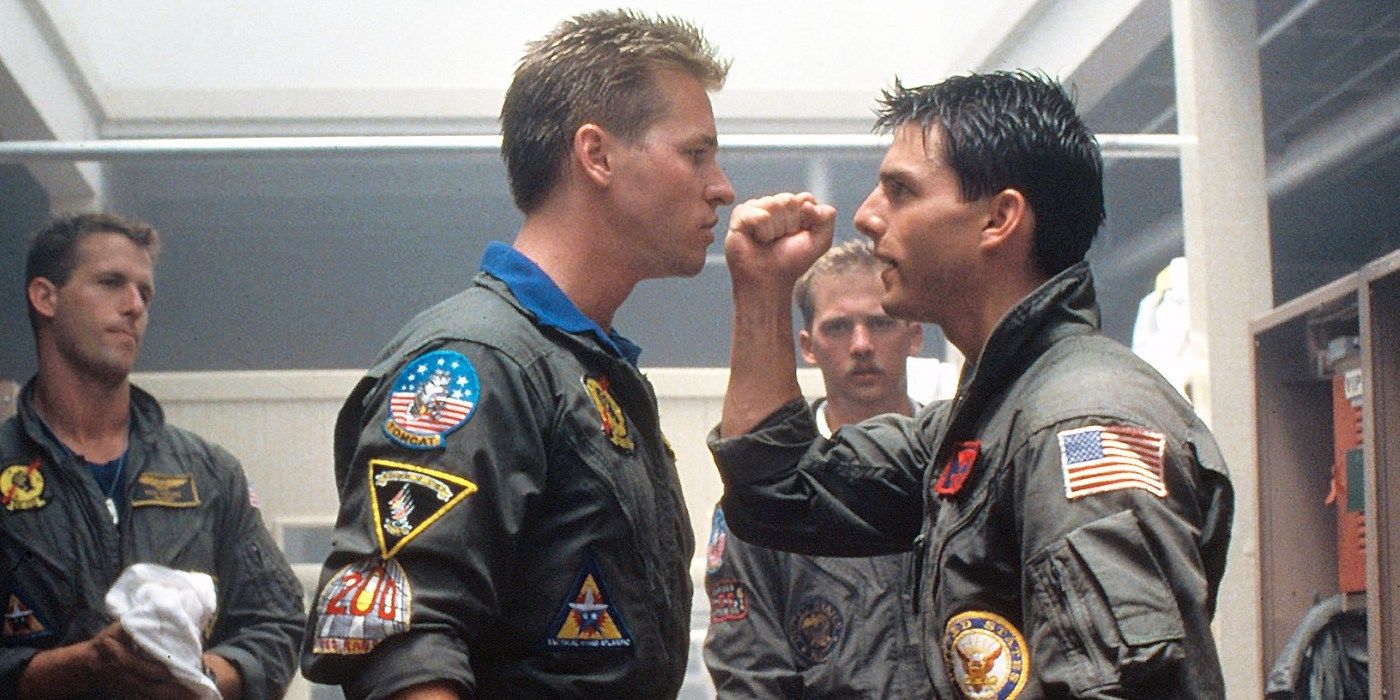 While the rivalry between Ice-Man and Maverick is considered iconic to some fans, it doesn’t make a whole lot of sense to arbitrarily portray Ice-Man as the villain and Maverick the hero. Once you get past the sheer likability of Tom Cruise as Maverick, you realize that Ice-Man actually follows the rules that Maverick is celebrated for breaking.

Ice-Man is concerned about safety protocols, and Ice-Man is actually the only pilot that could realistically be in the real Top Gun (which is why he wins the trophy). His sudden decision to let Maverick “be his wing-man any time” doesn’t make any sense since Maverick still isn’t any safer or more regulated as a pilot. 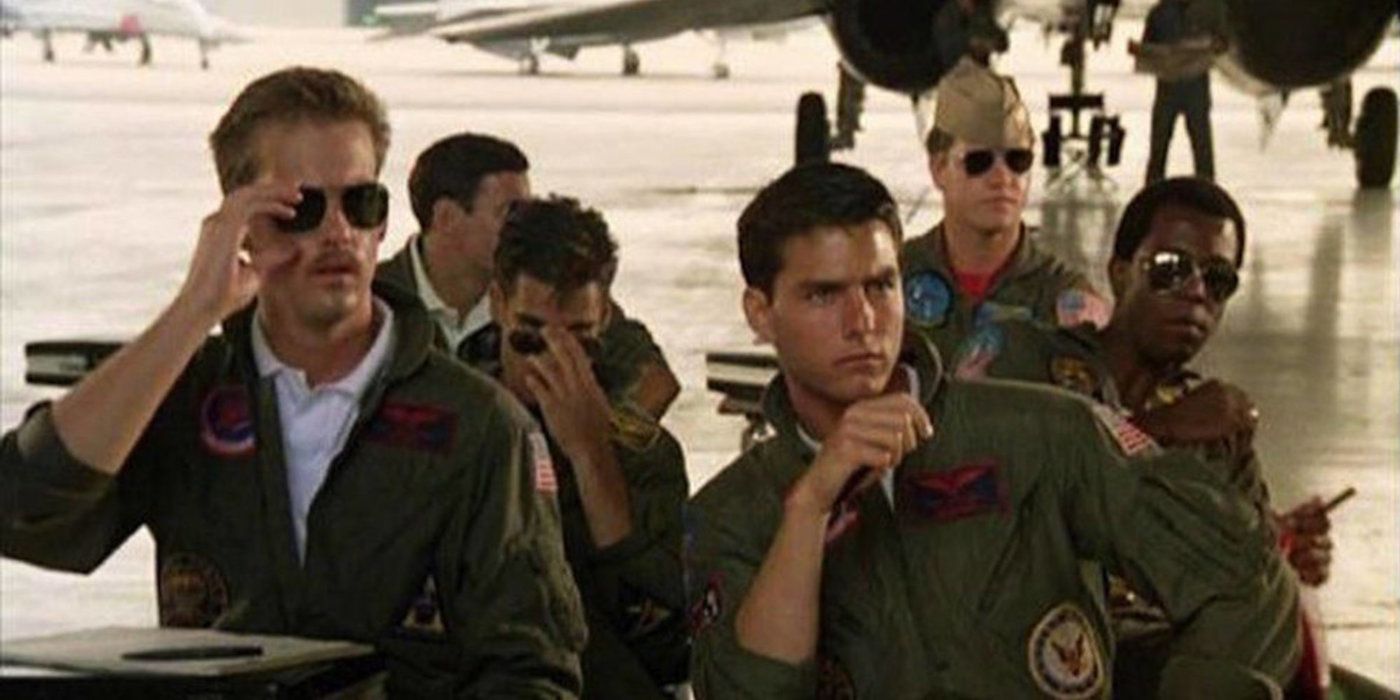 Who hasn’t, in any given social situation, found a way to work in, “I have a need for speed”? Who hasn’t walked into a bar, turned to their friend and said, “This is what I call a target rich environment”? And of course, “You can be my wing-man any time”.

There are so many iconic catchphrases and one-liners in the film that it’s become one of the most oft-quoted films of the ’80s and any era. No matter how the film ages year after year, people who haven’t even seen the film will quote it and wonder where the dialogue came from.

1 WHY IT DOESN’T HOLD UP: THE FIGHTER JETS 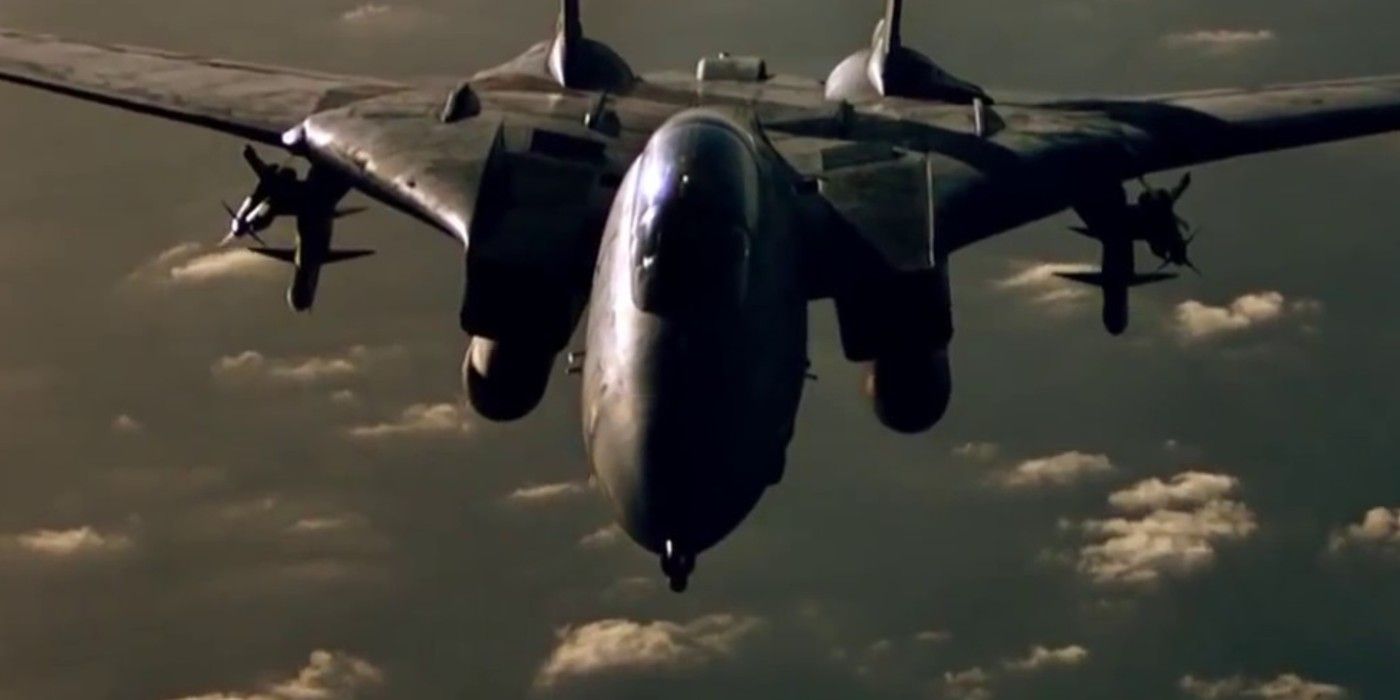 Of all the members of the cast that are most remembered in Top Gun, the fighter jets themselves are practically an iconic character in their own right. The F-14 Tomcats, seen from a variety of amazing angles and viewpoints, are featured so prominently throughout the film it was cajoled for being a Navy recruitment ad.

As impressive as they were, as the decades have gone by, fighter jets have gotten even more sophisticated. And as the era of dogfighting in manned fighter jets comes to a close, the rise of drone jets makes them obsolete. Few knew viewers understand how incredible it was to see the Tomcats in action back in the ’80s.