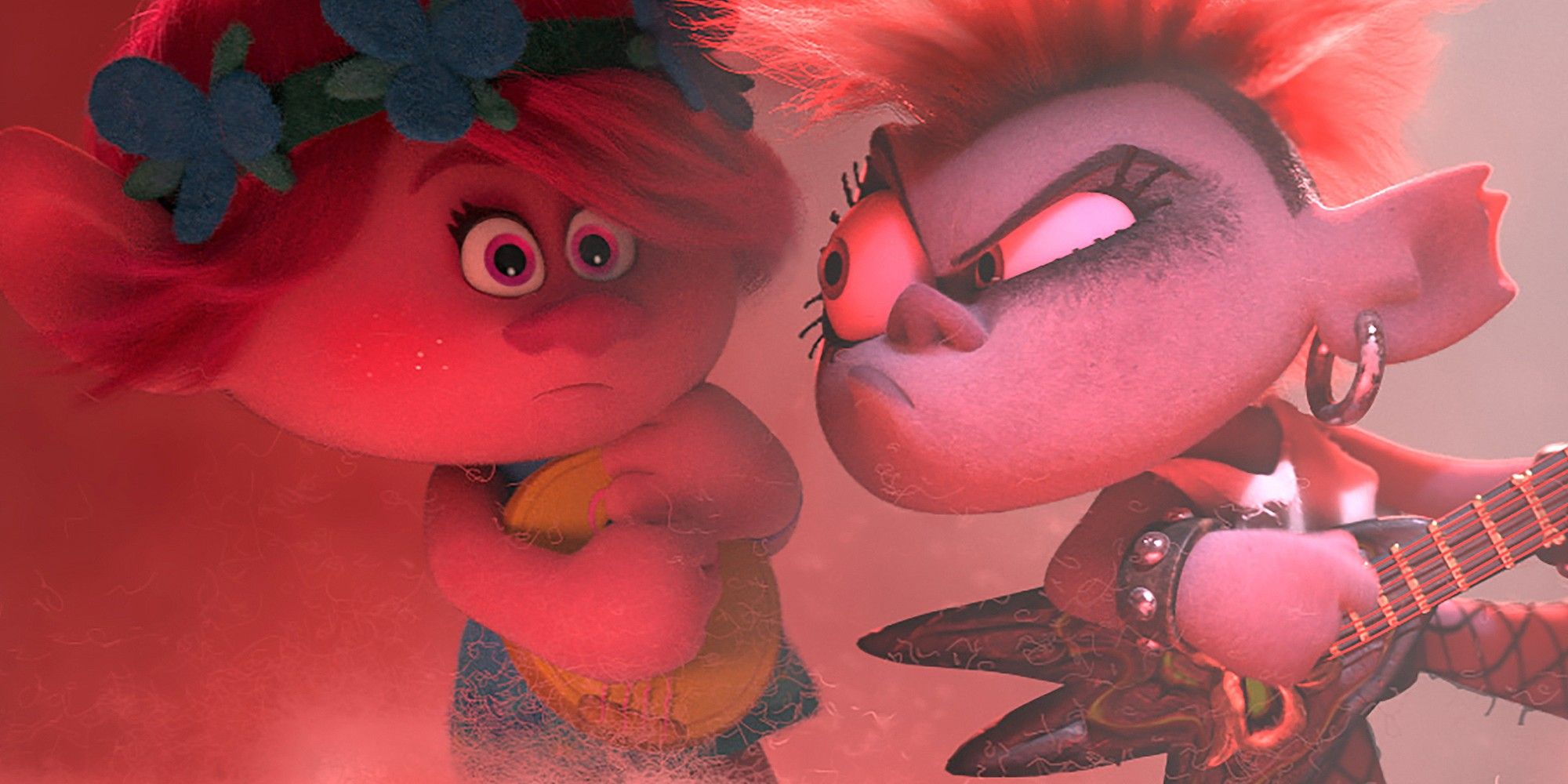 The Trolls are back in the trailer for DreamWorks Animation’s Trolls World Tour. Based on the popular Troll doll toy line, the first Trolls movie was released in 2016 and proved to be a success, taking in $347 million at the global box office and earning an Oscar nod for Justin Timberlake’s radio-friendly tune “Can’t Stop the Feeling”. The animated film earned surprisingly respectable reviews too, with critics applauding its playfully color visuals and simplistic, but nevertheless kid-friendly and worthwhile themes about emotions and self-acceptance.

Directed by Walt Dohrn and co-directed by David P. Smith (both of whom worked on the first Trolls), Trolls World Tour follows Poppy (Anna Kendrick) and Branch (Timberlake) as they discover that there are really six different Troll tribes spread across separate lands, and each of them are devoted to a specific type of music: Funk, Country, Techno, Classical, Pop, and Rock. However, when Queen Barb (Rachel Bloom) of the Rock land tries to destroy all other kinds of music, it falls to Poppy, Branch, and their friends new and old to save the day.

DreamWorks released several character posters for Trolls World Tour yesterday, and has since dropped an official trailer online. You can check it out in the space below, followed by the one-sheet for Poppy. 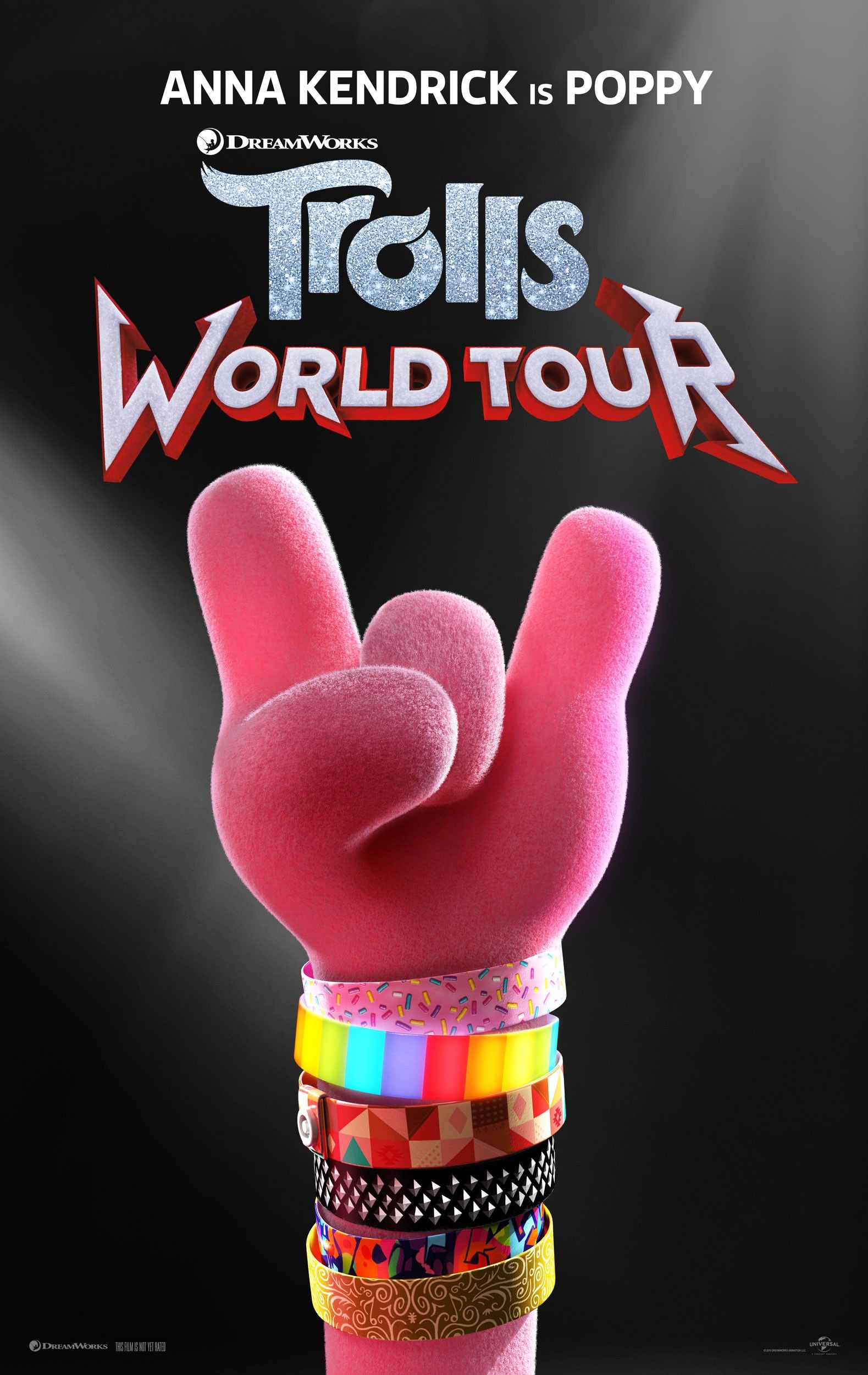 Much like the marketing for the original Trolls, the Trolls World Tour trailer is mostly composed of clips showing the Trolls putting their spin on famous pop songs (here, Poppy sings Simon & Garfunkel’s “The Sound of Silence”) and getting up to all manner of zany shenanigans; be it loading up their oddly cute weapons for war or getting caught up in a wacky Mad Max-style chase through Country land. It also appears that the Trolls sequel will continue to explore the exceptionally peculiar nature of Troll biology, which so far includes the ability to poop cupcakes and give birth to Troll children using their hair. And of course, there will be celebrity voice cameos galore, in addition to the ones featured in the trailer (namely, Kelly Clarkson and Kenan Thompson).

All in all, Trolls World Tour looks as silly but harmless as one might expect, and even seems to have a decent message about the importance of diversity and accepting cultural differences. The film will basically have families with children to itself when it arrives next April, and is the sole animated offering scheduled to open that month. With Pixar’s fantasy adventure Onward hitting theaters in March 2020 and Warner Bros.’ Scooby-Doo reboot Scooby and Paramount’s latest SpongeBob feature not due to premiere until the following May, Trolls World Tour shouldn’t have much to worry about, as far as competition for the juice box crowd is concerned.