Now over a quarter of a century old, True Lies remains a humorous action-comedy spoof, though it hasn’t aged all that well in some areas. 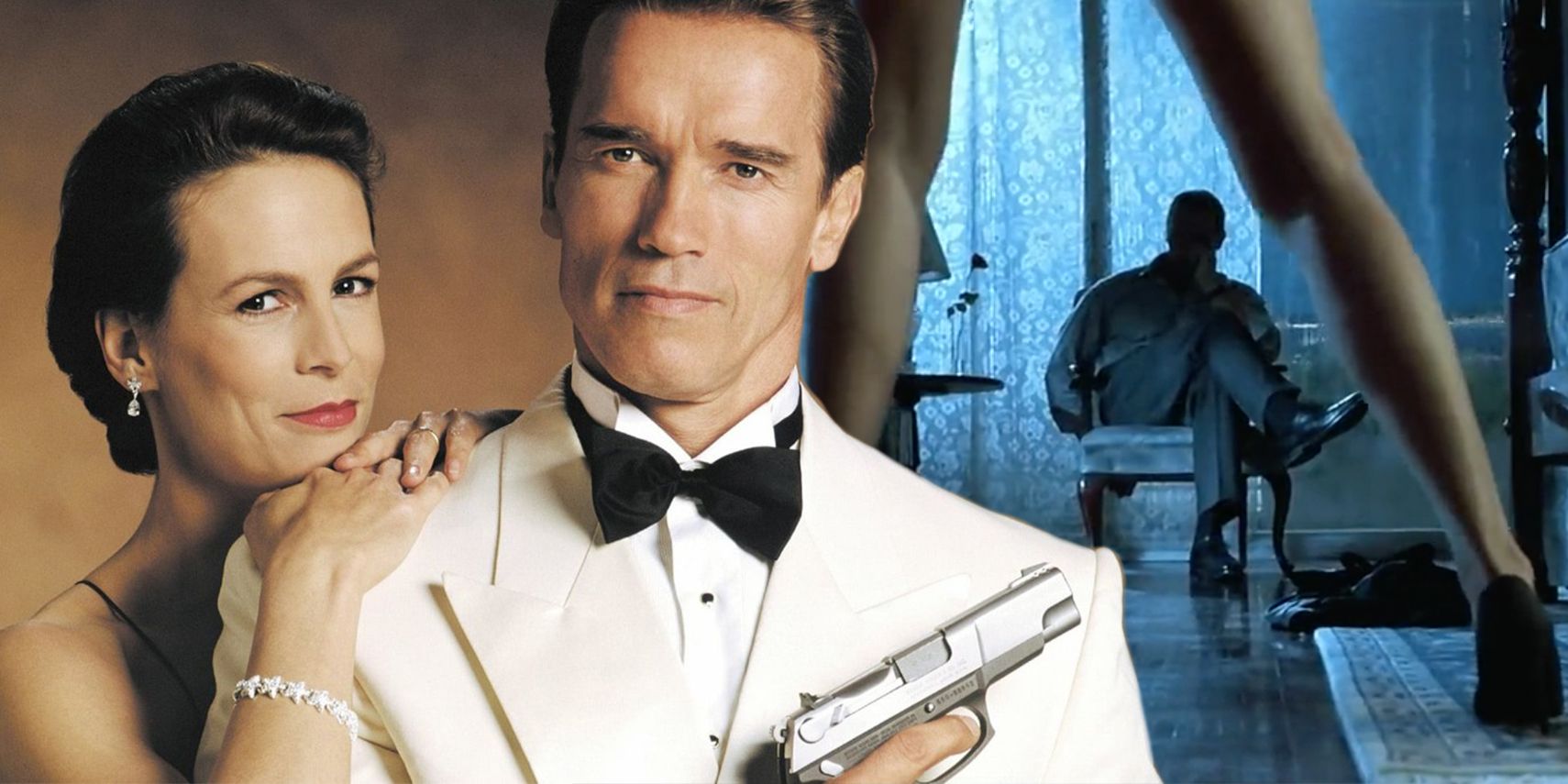 There are plenty of spy-comedy movies to binge-watch from the 90s, from powerhouses such as the Austin Powers franchise to spoof comedies like Spy Hard. Actors Arnold Schwarzenegger and Jamie Lee Curtis starred in a 1994 action-comedy about a man named Harry Tasker living a double life as both a husband and secret agent.

Based on a French remake, True Lies did relatively well at the box office when it debuted, and the movie gained even more traction years later. Seeing as it’s a movie of the 90s, some plot elements are a bit outdated and haven’t aged well with the times. Regardless, there are some aspects of the movie that still make it a good watch. 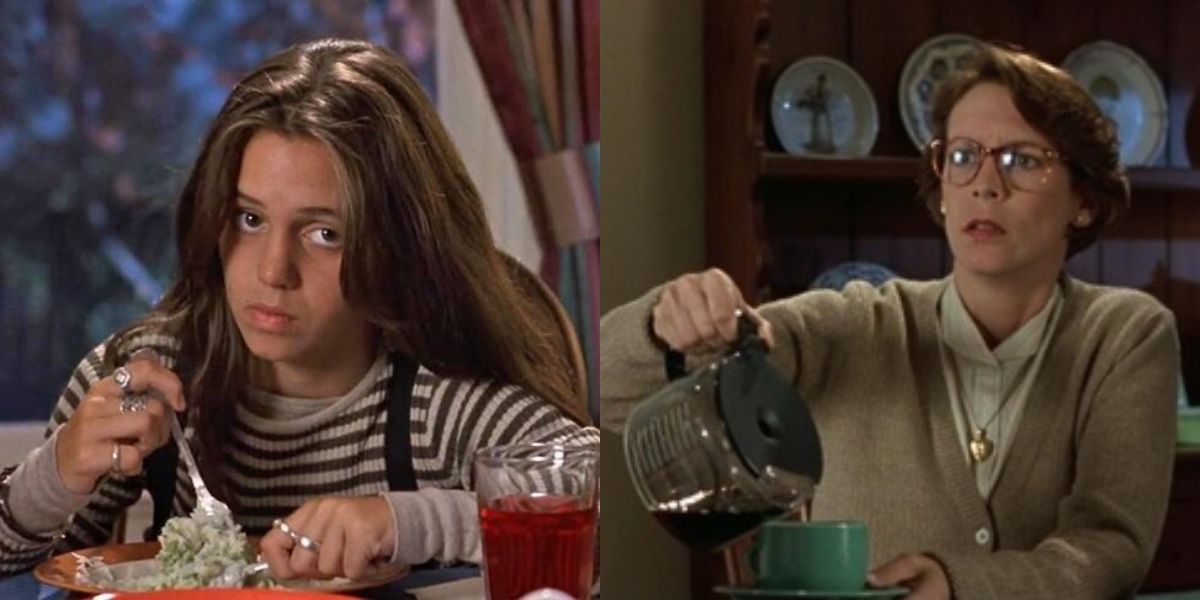 Harry Tasker (Schwarzenegger) lives a seemingly mundane life in the suburbs with his family, but the dynamics of the family haven’t necessarily aged well when it comes to a spy movie. His daughter, Dana (Eliza Dushku) is a rebellious teen who would rather be doing anything else. She even throws away the snowglobe he brought her as a gift, thinking it to be lame.

His wife is also a bit tired of her routine life at home. She works as a legal assistant and wears typical drab-colored clothes. To top it off, Harry’s secret profession leaves him missing out on many family functions. It wasn’t as played out of a trope at the time, but, these days, it’s beyond tired. 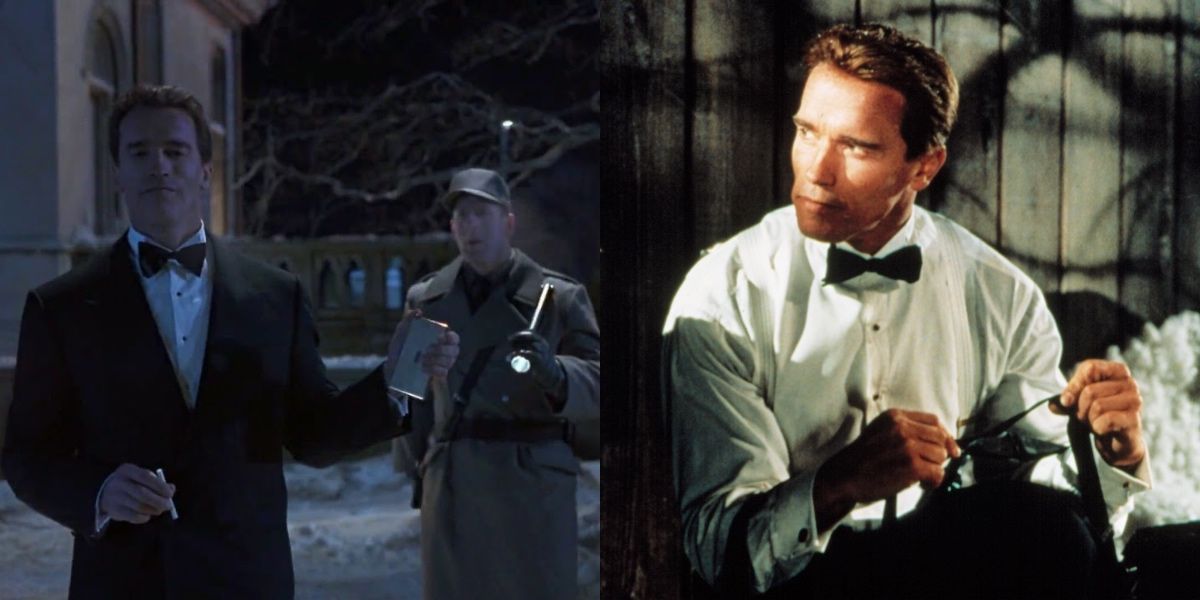 Throughout the movie, Harry never uses elaborate gadgets to get the job done. It’s always his fists, a gun, and good spy work. The only exception is when his teammate gives him a cigarette box with a camera that connects to a screen in a pair of sunglasses. Beyond that, Harry is a run-of-the-mill spy that’s more believable. While audiences may expect to see high-powered spy gadgets, the movie avoids that particular trope, placing the focus of the film elsewhere. 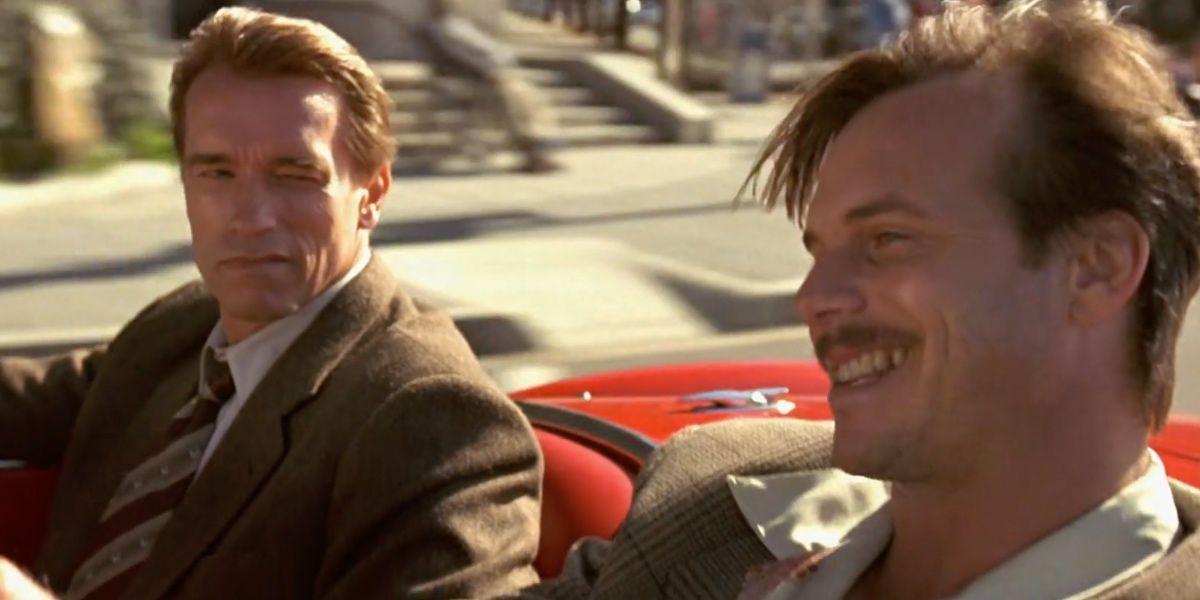 Some fans who watch the movie today might find that the storyline with Simon (Bill Paxton) to not be useful. Simon is a car salesman who tricks Helen (Curtis) into thinking he’s a spy. In reality, he’s a nobody who uses a nice car from the lot and elaborate stories to attract women.

Harry finds out the truth from Simon after posing as a customer. Simon’s overall character story might not sit well today. He’s a sleazeball who uses women for his own gain and even tries to get Helen to cheat on her husband. Again, it’s another example of an outrageous, tropey character. 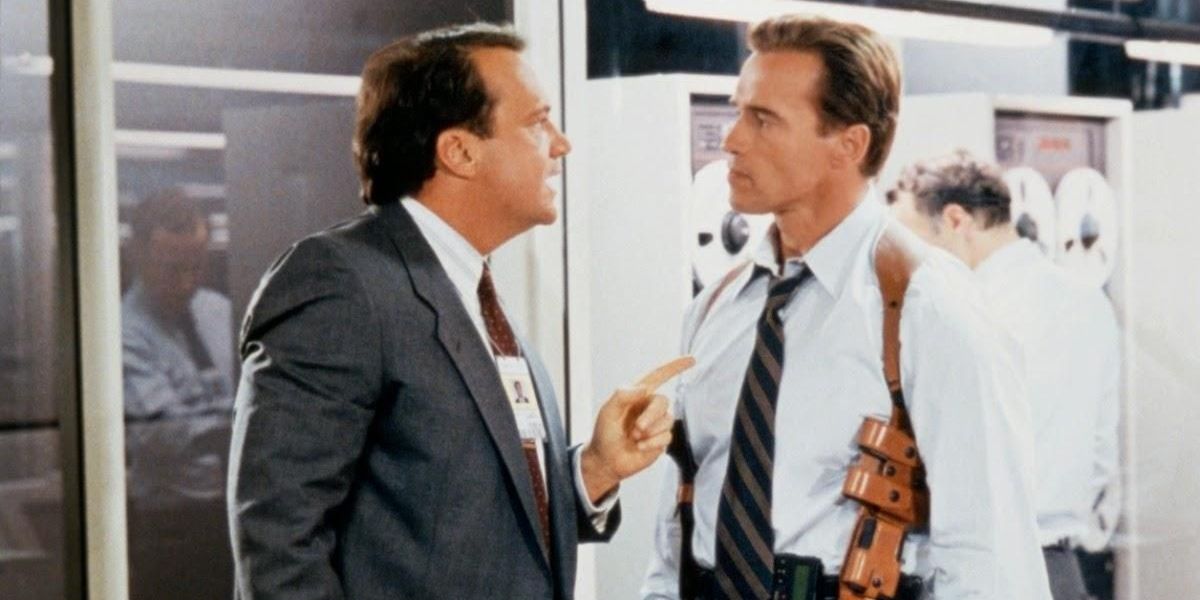 Taking a look at more notable spy characters, some don’t have a cover story for their real profession. In some cases, they use the cover story of being a businessman or an art dealer. Harry’s cover story still works in modern times while also being quite comical. Harry is a computer salesman who seems enthusiastic about his work.

His cover allows him to attend fake conferences when, in reality, he’s away on a mission. Playing along with his story, he tells Helen about his supposed conference and even explains he absolutely loves the computer business. Today, unless he wanted to work at Apple’s Genius bar, his profession is more or less nonexistant. 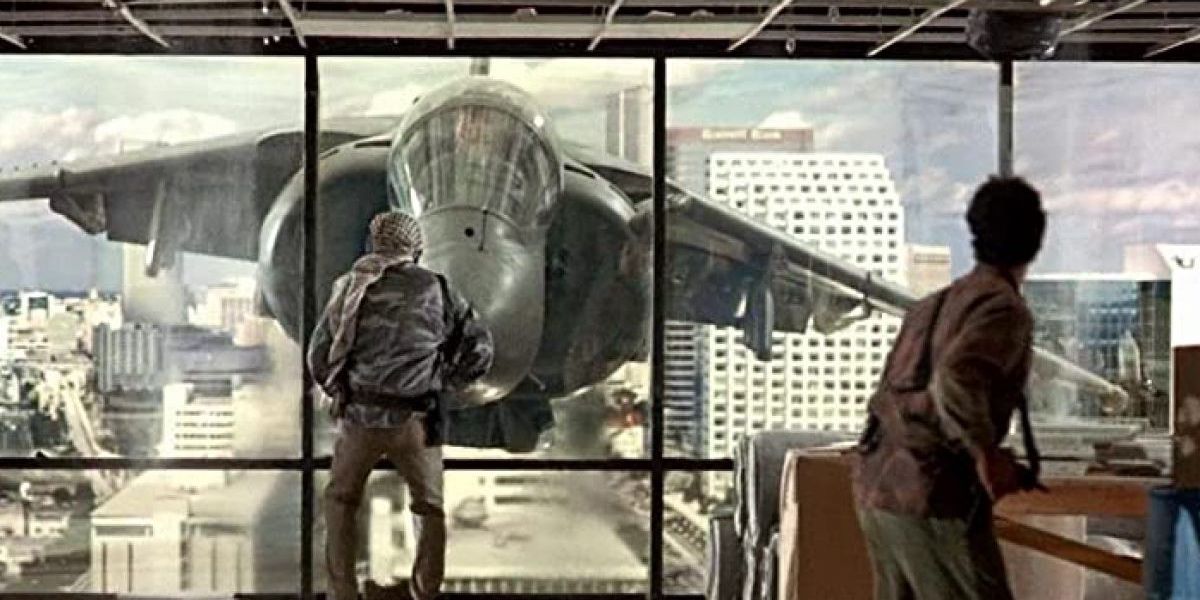 Many audience members watching the movie for the first time will think that the movie ends at a certain point, and they may be shocked to learn that there’s a whole chunk of the story still missing. Many exclaim that the movie takes far too long to get to the end and is poorly edited.

After Harry rescues Helen and lands at a safe location, fans might think that’s the end. In reality, there’s a new chunk of story to get through. Harry learns his daughter was taken by the terrorist and must now once again go on a rescue mission. It’s a tactic for the villain to meet his end, but it’s overdrawn to the point of being tedious. 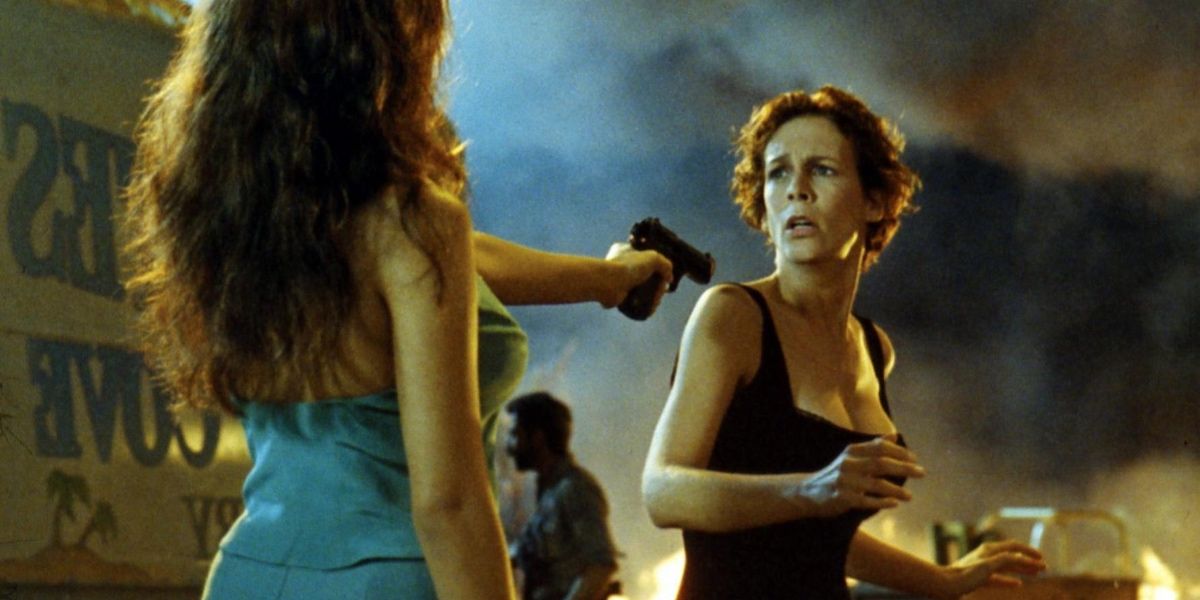 Helen Tasker’s storyline in the movie just hasn’t aged all that well. She’s the typical wife who wants some excitement in her life. After Harry learns the truth about Simon, he stages a kidnapping to find out for himself if she was unfaithful. Harry learns that Helen has regret over never having done anything special with her life. She’s dedicated herself to being a mother, wife, and hard worker.

Her story is still comical to watch unfold on screen. To give Helen the thrill she’s always wanted, he sets her up as a spy. Fans will laugh at her attempts to get into character and really devote herself to trying her best at being a spy. 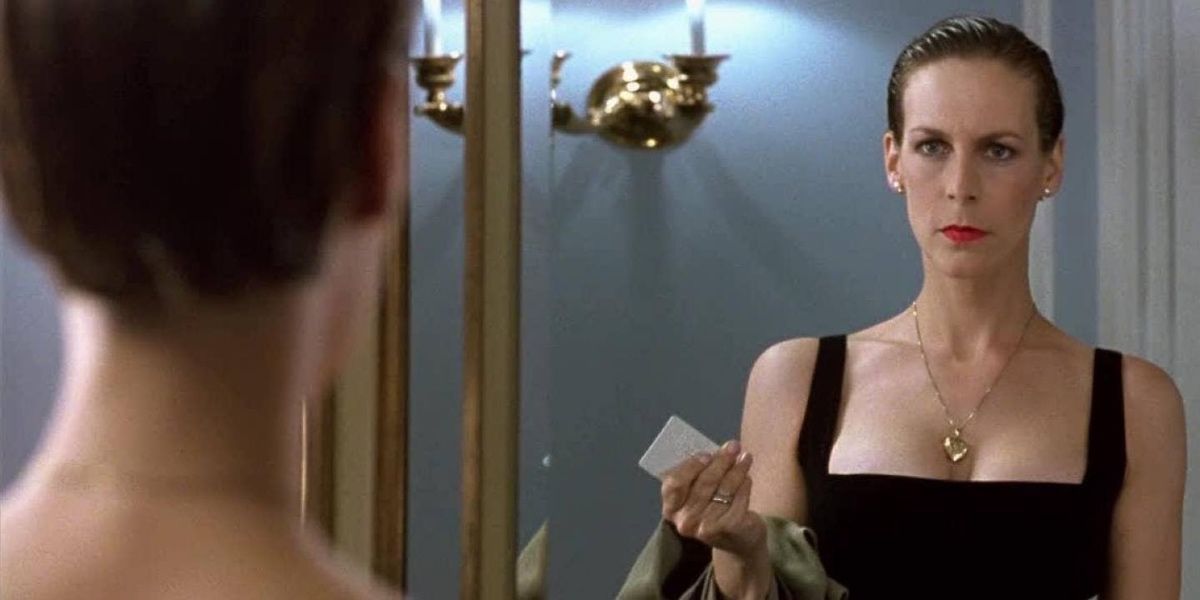 While audiences might have a good laugh with Helen’s story, it also hasn’t aged well. She’s depicted as the bored wife who wants to spice up her life. She mistakenly believes Simon’s ruse about being a spy and needing her help. Sadly, she plays along with it to the point she goes with him to his ‘secret’ location.

Fans might not sit well with the fact that Helen went along with Simon’s story when he said she needed to pretend to be his wife and go abroad. Simon eggs her on to try and fool around to get into character, and she thankfully pushes him away. Fans might also not take to the character being sexualized as a prostitute for her cover story. The movie is infamous for the Jamie Lee Curtis scene of her dancing in lingerie. 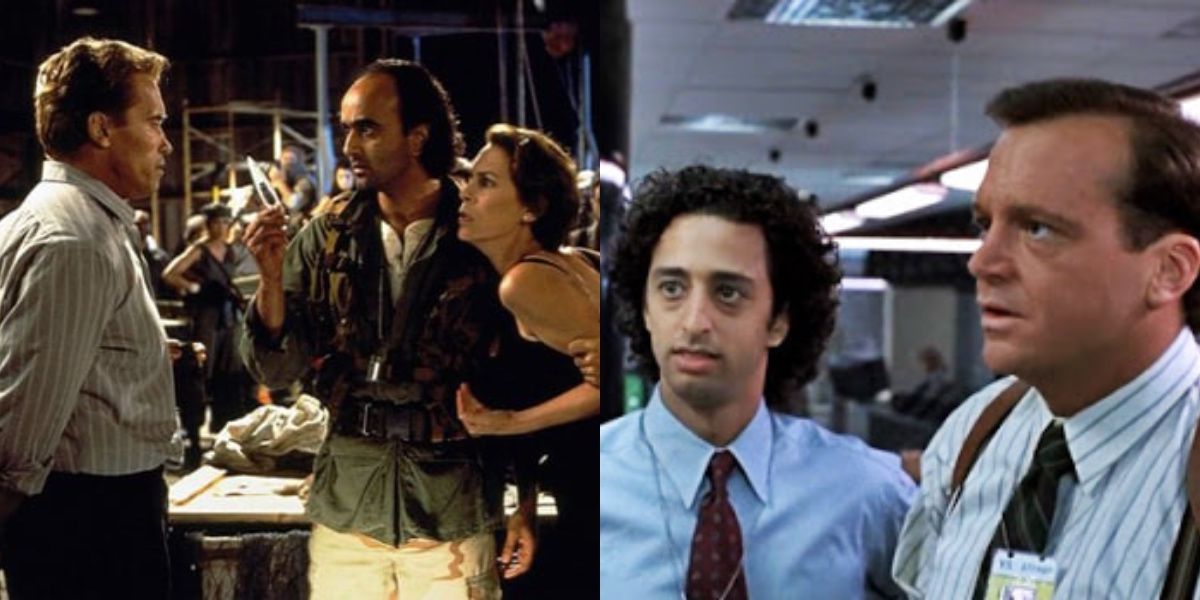 The movie follows a common trope seen in any spy movies. Harry has his two teammates he confides in on missions. There’s the ‘guy in the chair,’ and his best friend who can’t get his life together but is a good spy. These two characters still hold up today. Another aspect of the movie that’s still noteworthy is when Harry’s cover is blown.

The terrorist Harry was after kidnap him and Helen. Helen thinks Harry is still who he says he is until forced to detail the components of a missile blowing his cover. Harry speaking Arabic was also a giveaway. It’s not surprising that Helen breaks down and feels betrayed by her husband. She sheds a tear and goes into a rage and punches Harry. As their tied up to soon be tortured, Harry is given truth serum, and Helen learns Harry has been a spy for 17 years. The reality of Helen finding got the truth still works well. 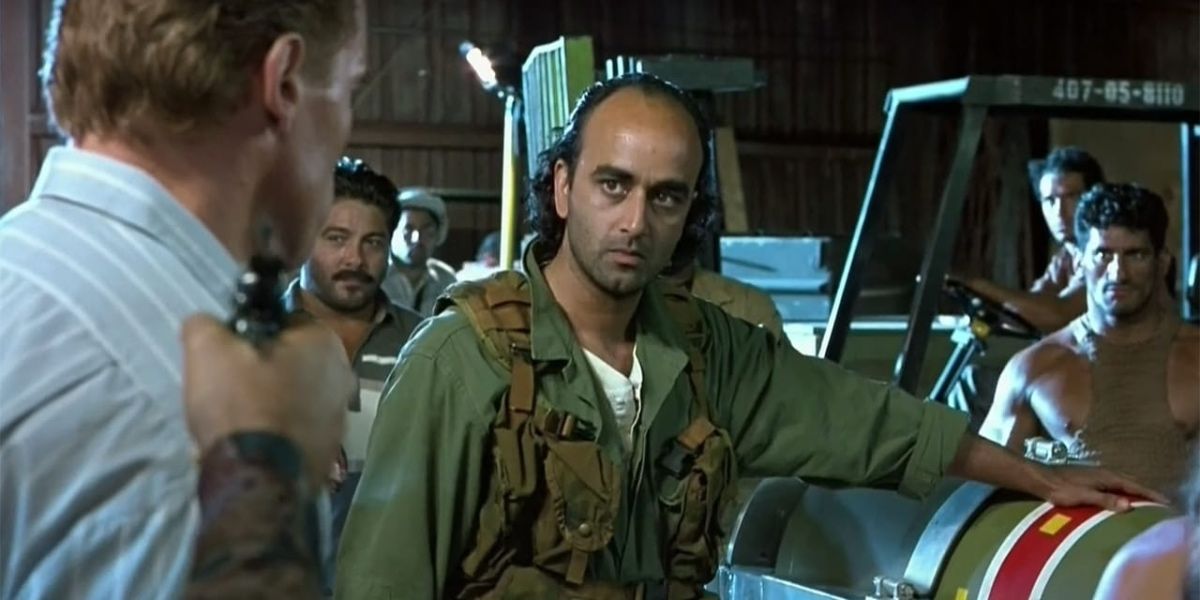 Harry infiltrates a party of political figures and learns of a new Palestinian terrorist group known as the “Crimson Jihad.” The group is led by Salim Abu Aziz (Art Malik), who wants to threaten the U.S. with a bomb. Their reason is anger over the death and destruction of their families and homes.

The movie follows a stereotype of the terrorist villain. He and his henchmen are adorned in stereotypical clothing and character traits. Their main plan to use an antiquities dealer to smuggle in a weapons-grade warhead. 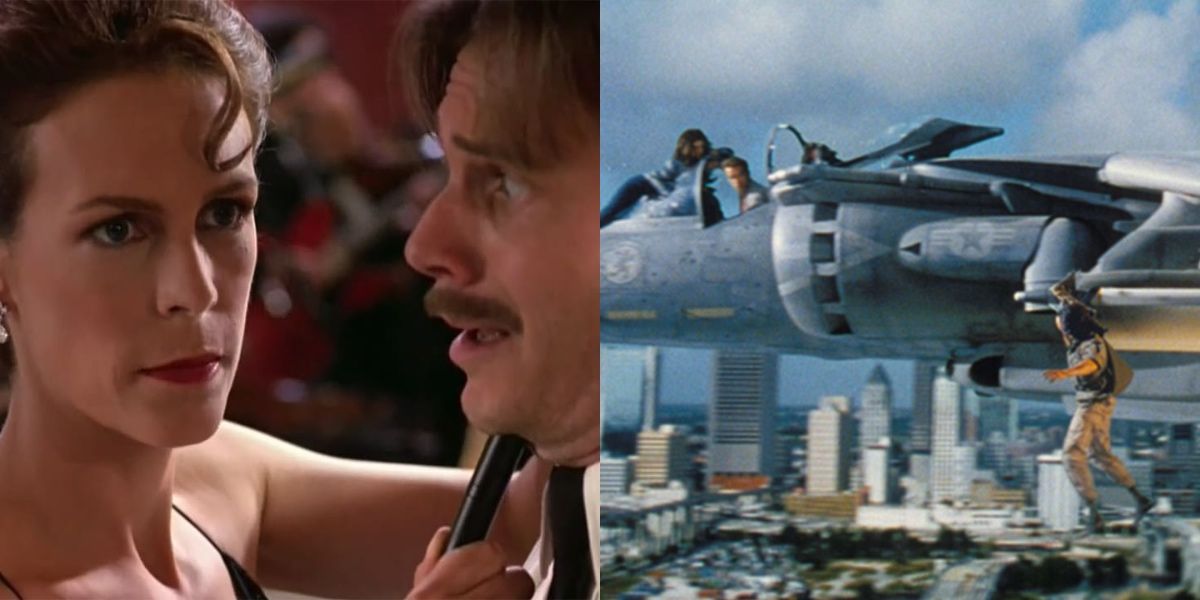 True Lise isn’t riddled with farfetched action sequences and tricks that some spy movies now use. It’s more typical scenes like Harry using combat skills and a gun to end his enemies. In one scene, he uses a police horse to chase after Salim. When Salim jumps from one building rooftop to another, Harry’s horse gets cold feet and refuses to jump.

The only exaggerated scenario is Harry using a Harrier jet to stop Salime and rescue Dana. A unique aspect of the movie is its end. Not knowing Harry’s real job, Helen doesn’t go back to being a mundane wife. She actually becomes a spy and completes missions alongside him.