It was revealed during The Game Awards 2021 event that the upcoming The Legend of Zelda-inspired Tunic is coming to PC and Xbox systems next March. 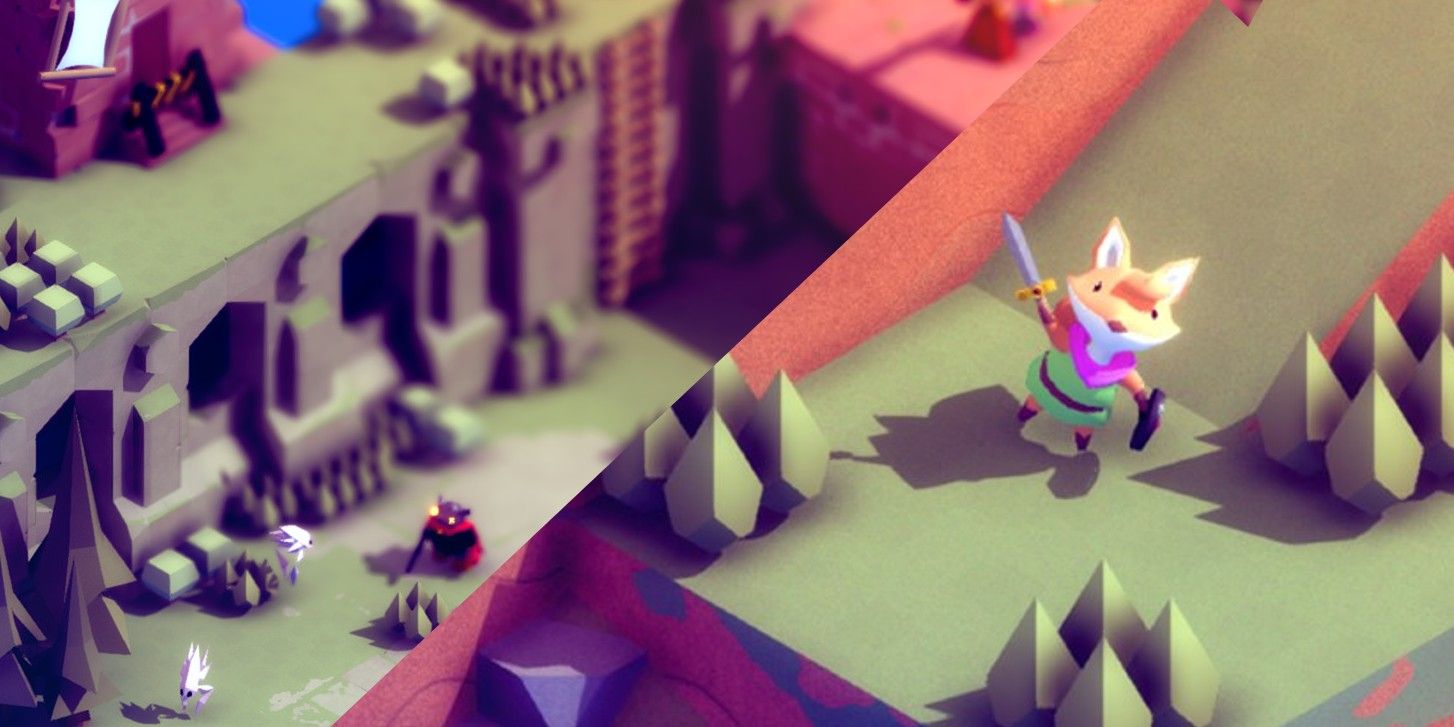 It was revealed during The Game Awards 2021 that The Legend of Zelda-inspired Tunic will be released for PC and Xbox systems in March 2022. Tunic is an upcoming action-adventure game in which the player takes on the role of a heroic fox in a familiar green tunic. It’s up to the fox to save the land from ferocious monsters amidst lost legends and ancient powers.

Tunic is set in a gorgeous isometric world where the main character must explore dangerous dungeons and face threatening boss monsters. One of the unique gameplay features of Tunic is its mostly-unintelligible text, which leaves the player to work out the descriptions and instructions that they have been given. The protagonist will fight with sword and shield, but they will also gain a number of special powers, including one that acts like a whip, which allows the fox to travel across gap in a similar manner to Link’s Hookshot in the Zelda games.

A new Tunic trailer revealed by The Game Awards has finally confirmed the highly-anticipated title’s release date, announcing the game will launch on PC and Xbox systems on March 16, 2022. The world premiere gives fans a new look at the game and its world, showing off its adorable graphics and colorful landscapes. Developed by Andrew Shouldice and published by Finji, the big adventure for the tiny fox can be wishlisted now ahead of its release, and a free demo is also available on Steam and Xbox.

Tunic is a timed console exclusive, which means it’s possible the game will come to Nintendo Switch, PS4, and PS5 at some point in the future, despite being only available on PC and Xbox when it releases. There’s currently no word regarding Tunic coming to Xbox Game Pass at launch, as it wasn’t one of the games announced for the service during The Game Awards. However, it’s hoped this will be the case, as many indie games have seen additional success after being included as part of the subscription service, with many audiences looking to try out new games as part of their monthly fee.

Thanks to Tunic, The Legend of Zelda fans at least had something akin to the beloved Nintendo series to enjoy during The Game Awards 2021. While many were hoping for more news on the currently-untitled yet highly-anticipated BOTW sequel, TGA and Nintendo didn’t have any new announcements for the Zelda series. The Legend of Zelda franchise may have moved on from its roots (outside of remakes) into massive 3D open worlds, but there are plenty of indie developers in the world who are taking their own approach to the genre, inspired by Link’s original adventures in Hyrule. Tunic was arguably one of the most charming indie games of The Game Awards, thanks to its whimsical design and colorful cartoon visuals.

Next: Zelda Breath of the Wild 2 Listing Quietly Appears On Amazon

Tunic will release for Xbox One, Xbox Series X/S, and PC via Steam on March 16, 2022. A demo for the game is available now.

Scott has been writing for Screen Rant since 2016 and regularly contributes to The Gamer. He has previously written articles and video scripts for websites like Cracked, Dorkly, Topless Robot, and TopTenz. A graduate of Edge Hill University in the UK, Scott started out as a film student before moving into journalism. It turned out that wasting a childhood playing video games, reading comic books, and watching movies could be used for finding employment, regardless of what any career advisor might tell you. Scott specializes in gaming and has loved the medium since the early ‘90s when his first console was a ZX Spectrum that used to take 40 minutes to load a game from a tape cassette player to a black and white TV set. Scott now writes game reviews for Screen Rant and The Gamer, as well as news reports, opinion pieces, and game guides. He can be contacted on LinkedIn.