Pathfinder has many monsters for DMs and GMs to use in their campaigns that aren’t dragons, krakens, or goblins, and can make combat more interesting.

You Are Reading :Unusual Pathfinder Monsters To Surprise Parties With 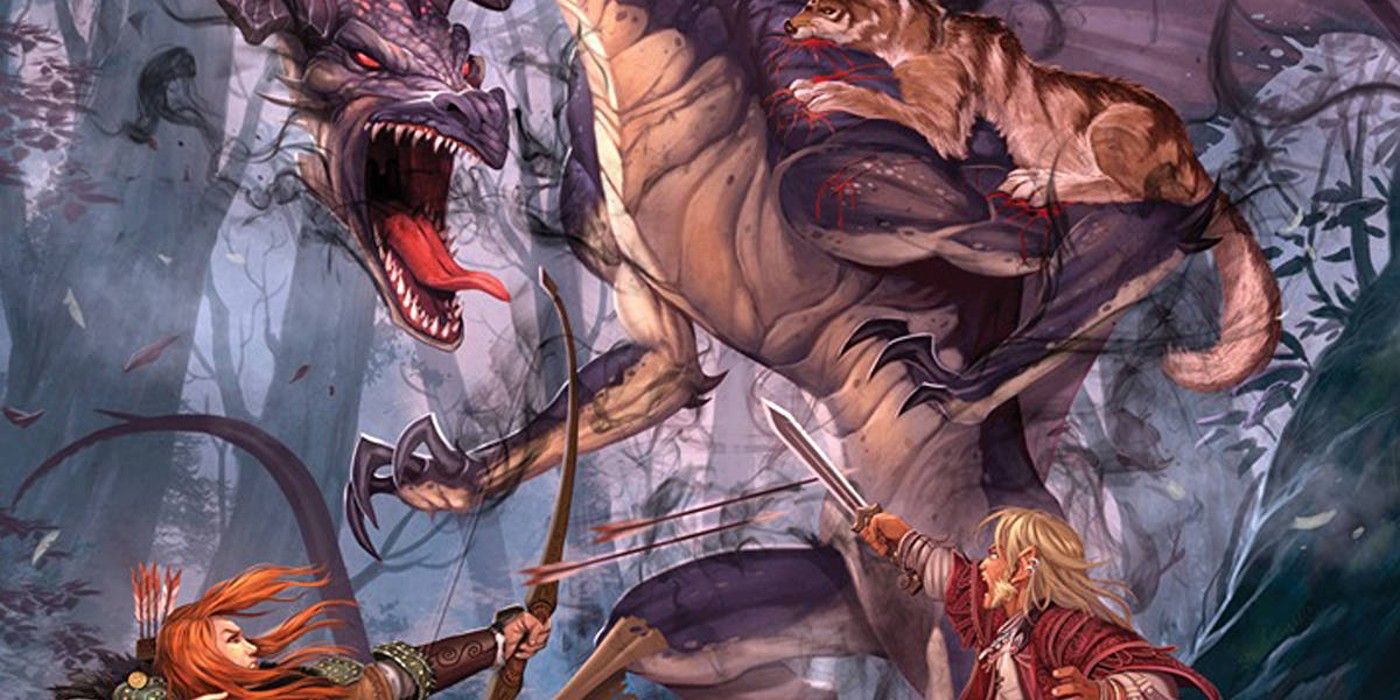 A key role for Dungeon Masters and Game Masters in Pathfinder and Dungeons & Dragons is finding suitable monsters for parties to battle, but many underutilized monsters provide an opportunity for surprise encounters. Dragons, goblins, and krakens are all staples of the fantasy genre and powerful monsters to pit against the most powerful parties, and Pathfinder is home to dozens of unique creatures that don’t succumb to the usual tropes. Pathfinder is full of fiends and beasts, from twisted science experiments to living trash to populate the world and pit against parties.

Pathfinder is a spinoff of Dungeons & Dragons, specifically a version of D&D 3.5 revised to continue developing the existing rules. While players of both tabletop RPGs can enjoy the selection of monsters, campaigns, classes, subclasses, and species between the universes, some slight adjustments may be necessary to make them suitable for each game’s mechanics and combat systems. Additionally, players should understand the lore behind these creatures to implement them into their campaign better or use them as plot devices.

In Dungeons & Dragons and Pathfinder, monsters come in all forms, delving into mythology, folktales, legends, and more to create some of the most dangerous enemies. Unfortunately, it can be difficult for DMs and GMs to make their campaign unique from encounters seen on popular Dungeons & Dragons shows like Critical Role or Dimension 20. However, utilizing some of the lesser-known monsters from Pathfinder’s Bestiary can assure parties secure unique experiences and meaningful encounters. 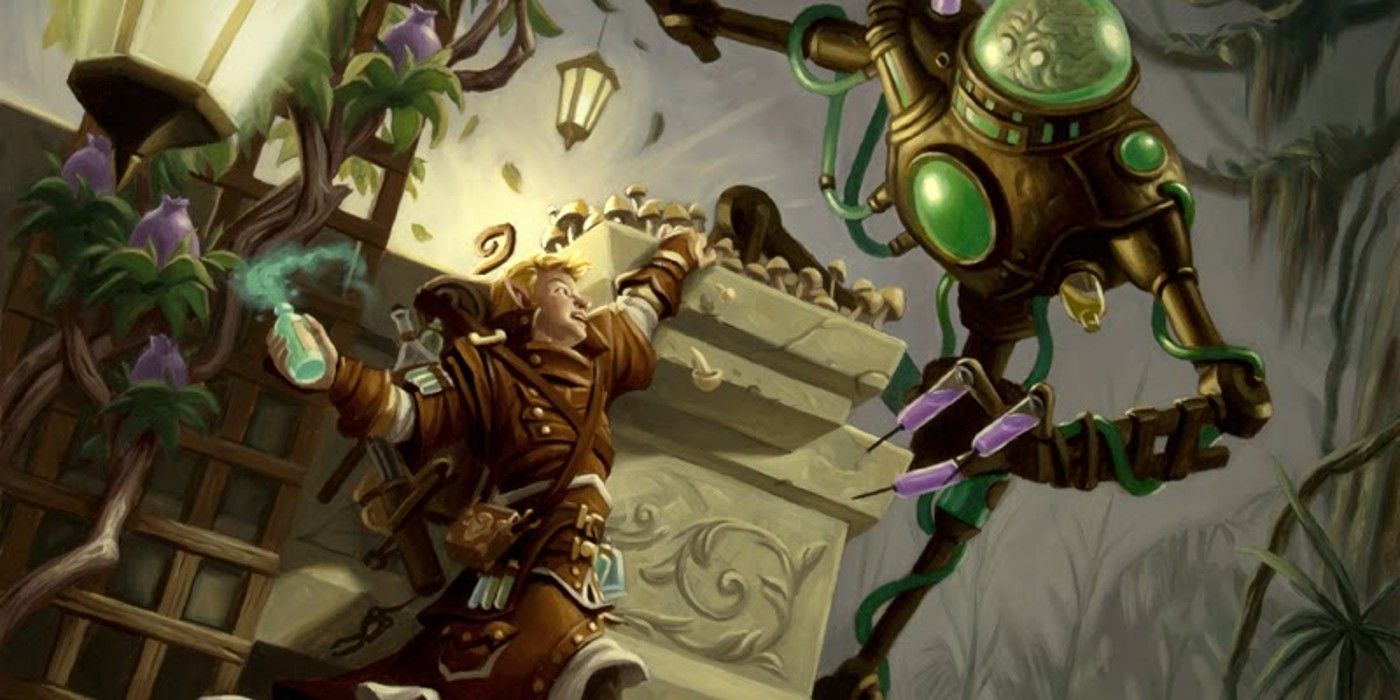 There are few things more terrifying than a competent, mad scientist villain for parties to face in tabletop RPGs. In a land of magic and myth, science can be more frightening than anything else the world can offer. Pathfinder’s Alchemical Golem is a walking nightmare with tattered limbs, elemental needles for fingers, and a brain and eyes harvested from less fortunate adventurers. Capable of inflicting massive elemental damage, the Alchemical Golem can be used as a mindless drone or a tormented experiment regaining its sentience. DMs spinning a plot for missing persons or looking to introduce some moral dilemmas onto their party should utilize Alchemical Golems over other Golems or naturally occurring monsters. Additionally, players that don’t destroy Alchemical Golems can harvest powerful magical items like acid flasks, frost vials, bottled lightning, or alchemist’s fire. 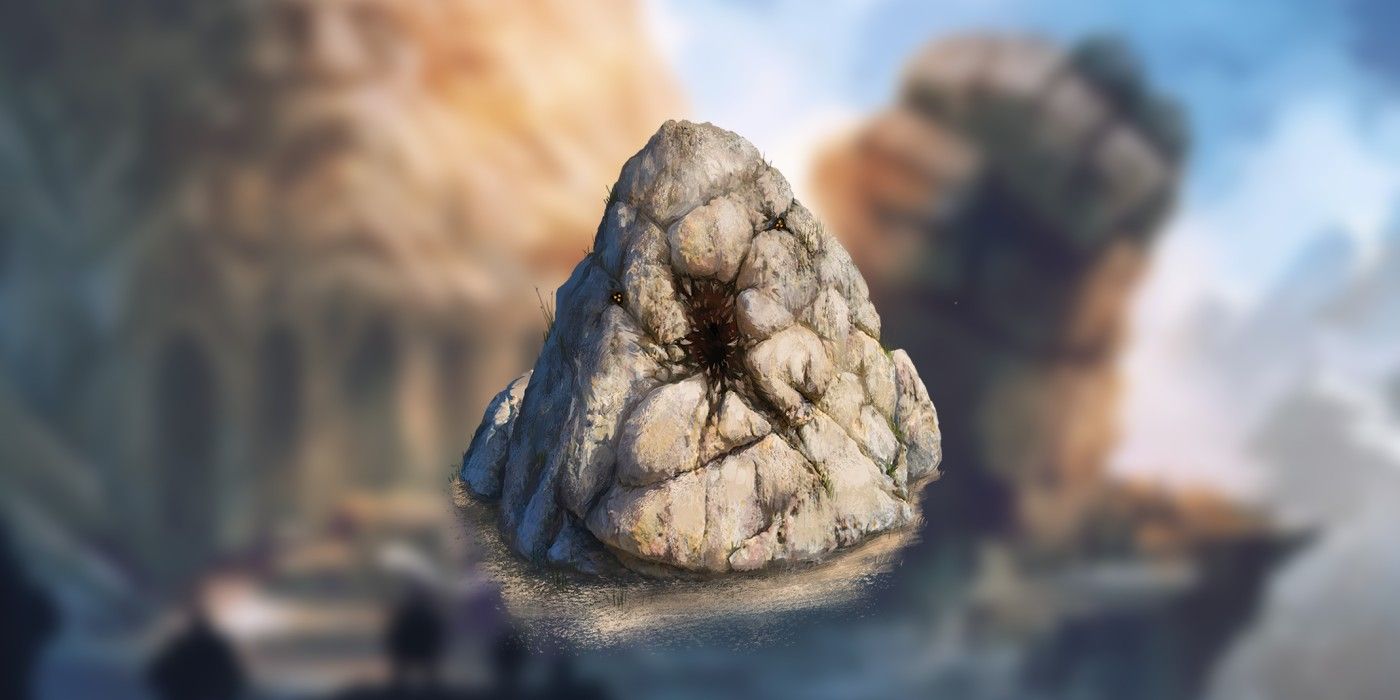 Exploration takes up significant portions of in-game time, but while most DMs and GMs in Pathfinder or D&D may skip over travel with a short narration, a unique Pathfinder monster can make adventuring far more interesting. Nothing spooks players more than asking for a perception roll while passively exploring, and a Grikkitog can punish unprepared characters. Also known as “the hungry earth,” Grikkitog are parasites from the Earth Plane that possess dirt mounds, stone, and other earth terrains as vessels. After completing their possession of the object, rows of sharpened teeth develop to satisfy the creature’s hunger. Unsuspecting adventurers can easily make a wrong step and get their foot swallowed by a Grikkitog. Alternatively, DMs and GMs can use the Grikkitog to provide a monster parkour puzzle for their Dungeons & Dragons or Pathfinder parties. 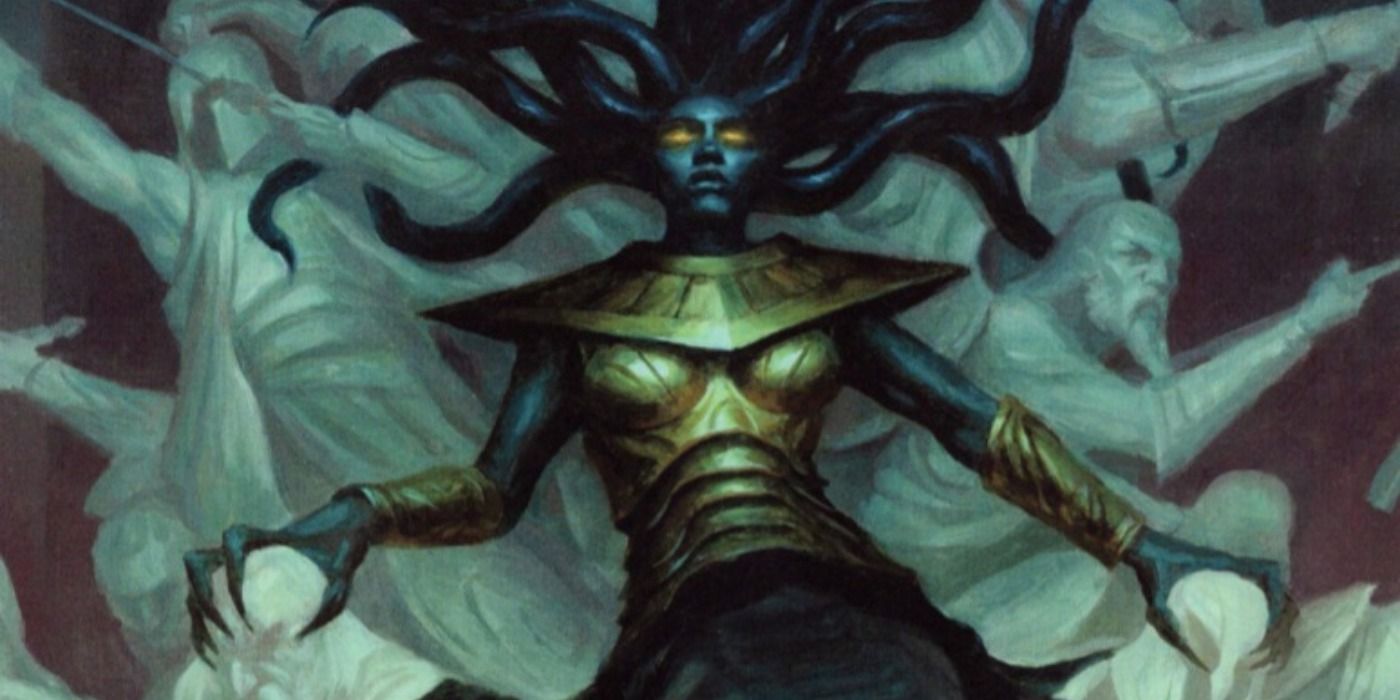 The damsel in distress archetype presents a traditional scenario in most tabletop RPGs, but a special Pathfinder monster can turn the tables on presumptuous players and parties. Creating a combat scenario between a single warrior and a hunting party may persuade Dungeons & Dragons or Pathfinder players to come to the warrior’s defense. However, when the warrior turns out to be a Medusa, parties must adapt to a deadly Petrifying Gaze aura of thirty feet and all-around vision (thanks to the snakes on their head).

Playing the hero should be a dangerous choice in tabletop RPGs, and charging into danger can provide DMs and GMs the opportunity to inflict risk and consequences into their tabletop RPG campaigns. Pathfinder’s Medusas are deadly and prove that even humanoid monsters can be dangerous.

The Mukradi Is Pathfinder’s Creepiest Crawly 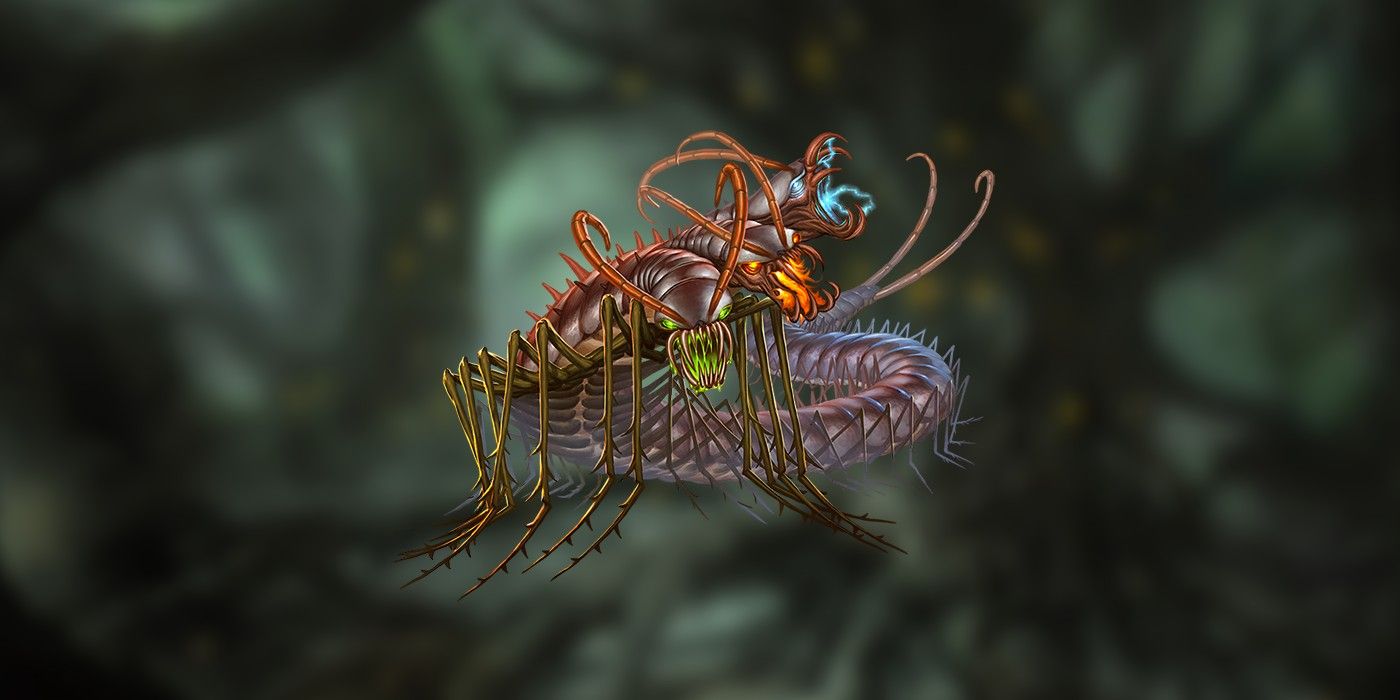 Bugs are a common phobia among many, so DMs should gauge players’ comfort levels in their tabletop games before utilizing a Mukradi. Centipedes are disturbing creatures, but making them larger and giving them three heads provides players with an even more disturbing enemy. Mukradi challenges most parties by utilizing several elemental powers (fire, electricity, and acid). With a healthy combination of melee and ranged attacks, even the heartiest Paladins and Fighters characters can struggle with the Mukradi in combat. The Mukradi is an exciting monster for tabletop RPGs to utilize for lore as well; as Pathfinder’s Bestiary suggests, the creature spawned from the nightmares of a sleeping demigod. The first Mukradis then devoured the demigod’s mind and flesh to transition to the material plane, breeding throughout the world as ferocious beasts.

Pathfinder’s Ofalth Is Perfect For Cities 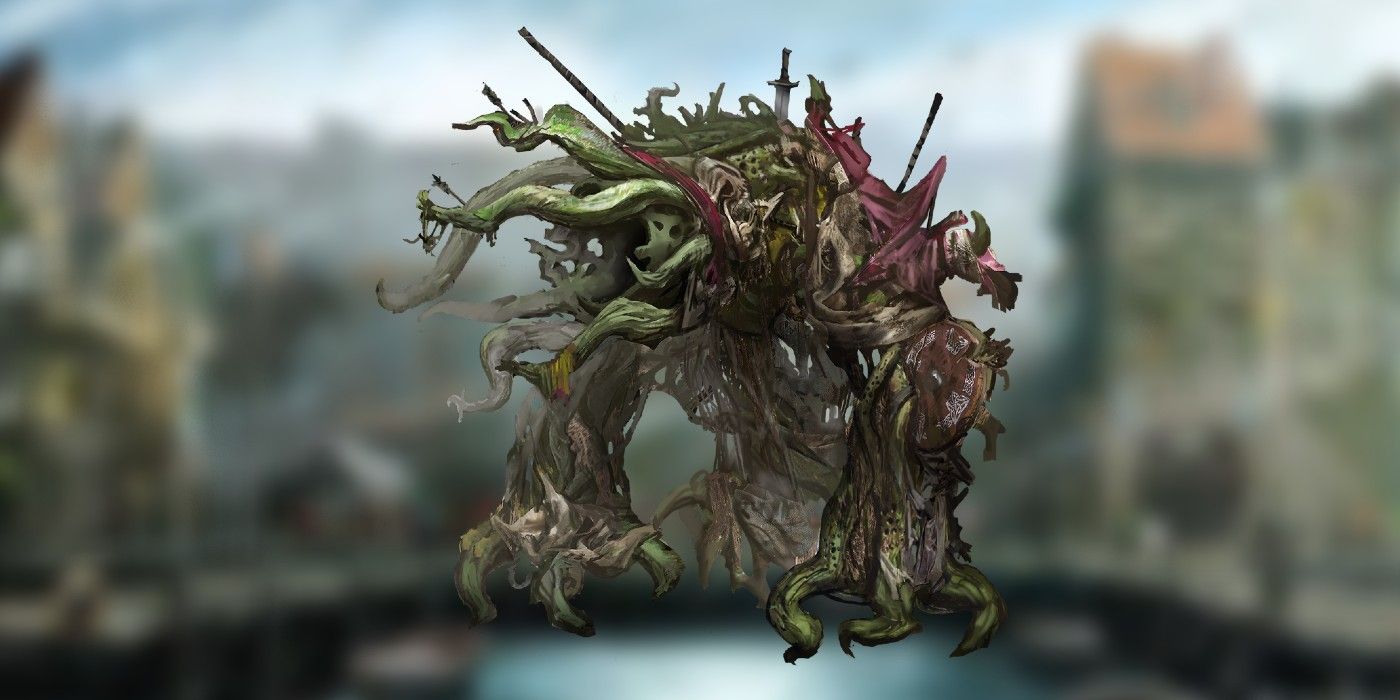 City settings in Dungeons & Dragons or Pathfinder are complicated when implementing monsters to fight. The biggest threat is often a run-in with the law or conflict with local gangsters, but feral dangers can lurk beneath the city streets. Running heist missions in urban settings may require players to explore the sewers for alternative entrances and come across an Ofalth. Understandably, cities set in fantasy medieval times can be filthy and littered with trash, and the Ofalth is a creature that thrives in trash heaps and survives off organic material. Rotten fruit is just as suitable as human flesh for an Ofalth’s hunger, meaning player characters are on the menu. Introducing unexpected bestial threats into civilized areas can be the perfect twist for parties who’ve gotten comfortable with no surprises in cities. 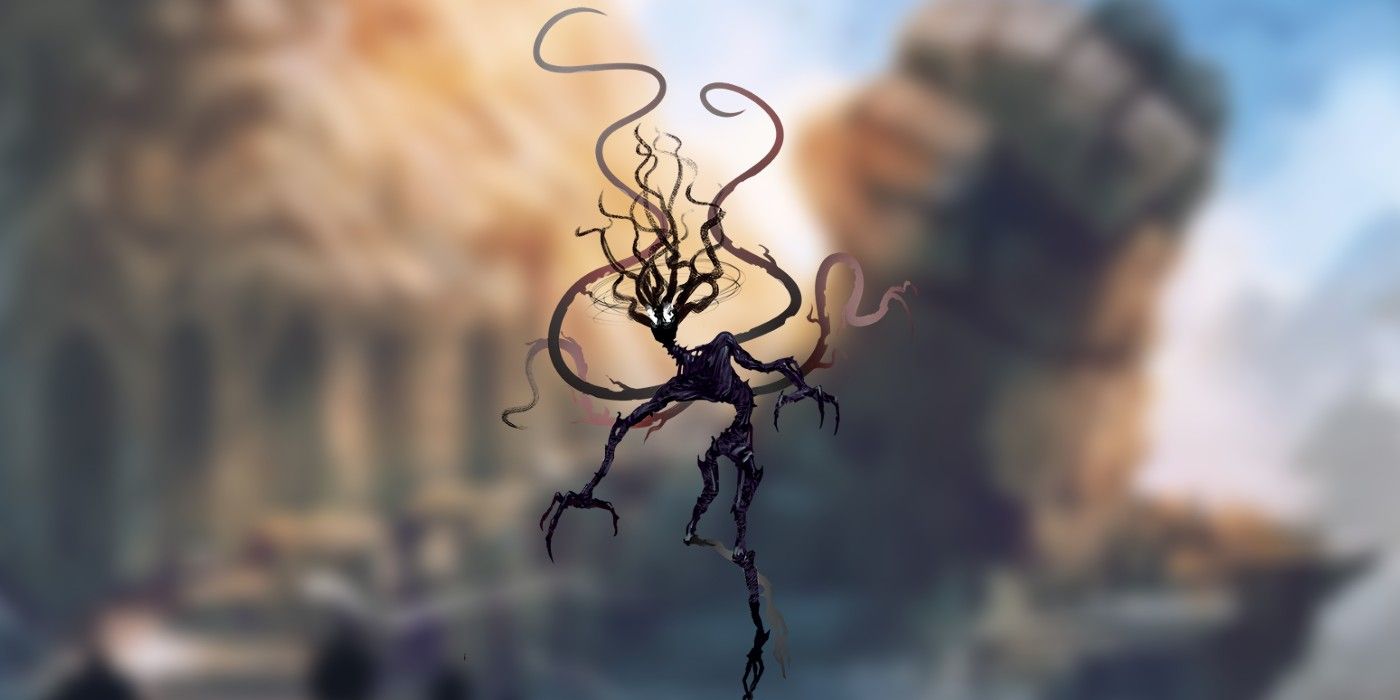 Being afraid of the dark is an understandable phobia in reality and Pathfinder’s mythic realms or in-game systems. Not only can the dark hide potential enemies, sometimes the darkness can BE the enemy. Shadows can lurk in any dimly lit area and feast on those who stray too far from the light. This may be anything from roadkill and rats to a street urchin or adventurer. While these creatures may be interesting foes to fight, DMs shouldn’t railroad their D&D or Pathfinder parties to combat. Instead, creative players can take advantage of a Shadow’s opportunistic nature. These mysterious foes often align with more powerful creatures capable of movement between planes or influential sorcerers. A Shadow’s stealth also makes them an effective spy, beneficial for stealthy parties seeking information. 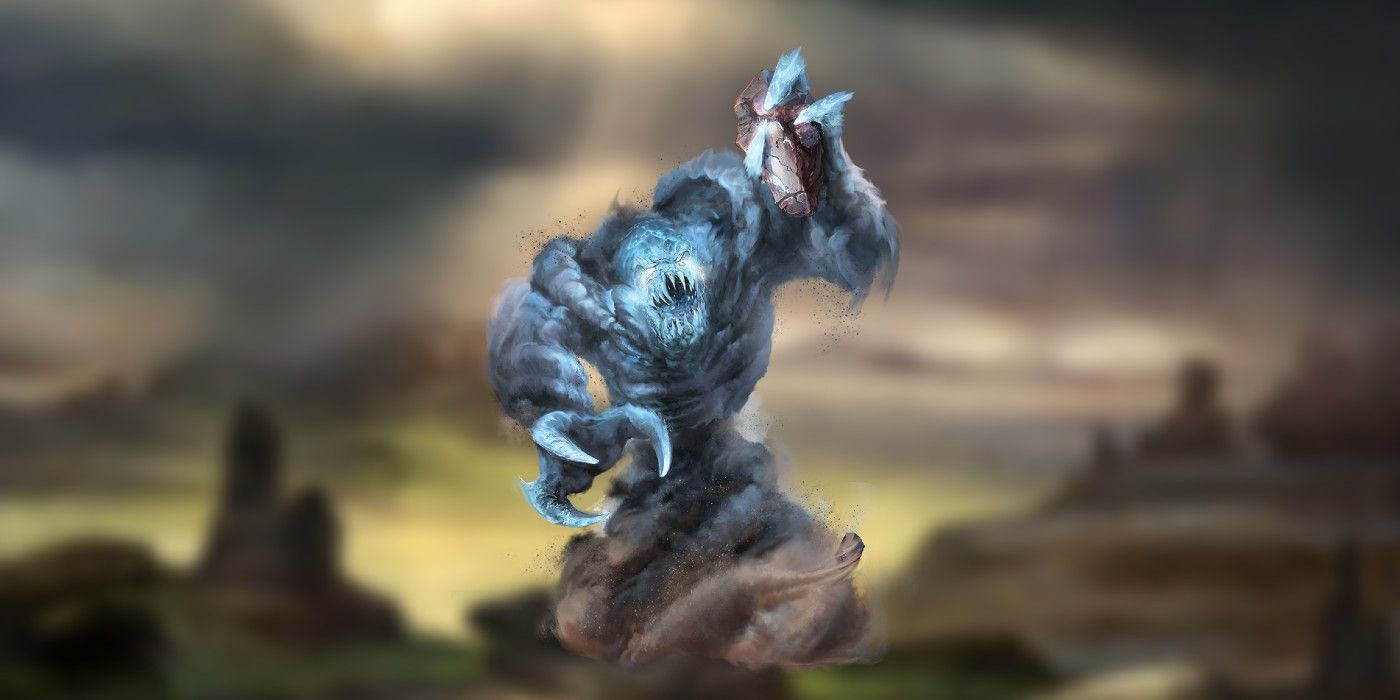 Thunderstorms provide hazardous weather for Dungeons & Dragons DMs and Pathfinder GMs to use against the party. Sometimes these natural obstacles can force parties to claim shelter in mountains or caves, but the Uthul offers a more dangerous alternative. Uthul are greatly misunderstood creatures filled with rage and destructive power as outcast elementals from the Plane of Air. Sending parties towards lightning storms or other storm-related disasters to aid locals can be the perfect Dungeons & Dragons or Pathfinder trap for players. What is believed to be an evacuation mission can turn into an encounter with a powerful magical being or a dashing escape from a raging creature.

No matter the monsters used in Pathfinder and tabletop campaigns, there are many ways to create unique combat scenarios for unsuspecting parties. Utilizing the traditional dragon or troll can bring a dash of nostalgia, but repeatedly depending on well-known creatures unfairly restricts DMs and their parties to overly familiar encounters. Many Pathfinder monsters are available in the Bestiary and other available resources, alongside Dungeons & Dragons’ Monster Manual, in digital and physical form.