Vikings 10 Storylines That Were Never Resolved

Vikings: 10 Storylines That Were Never Resolved

Fans of History’s Vikings show up online after every episode to discuss what happened but also to ponder some of these unresolved storylines.

You Are Reading :Vikings 10 Storylines That Were Never Resolved 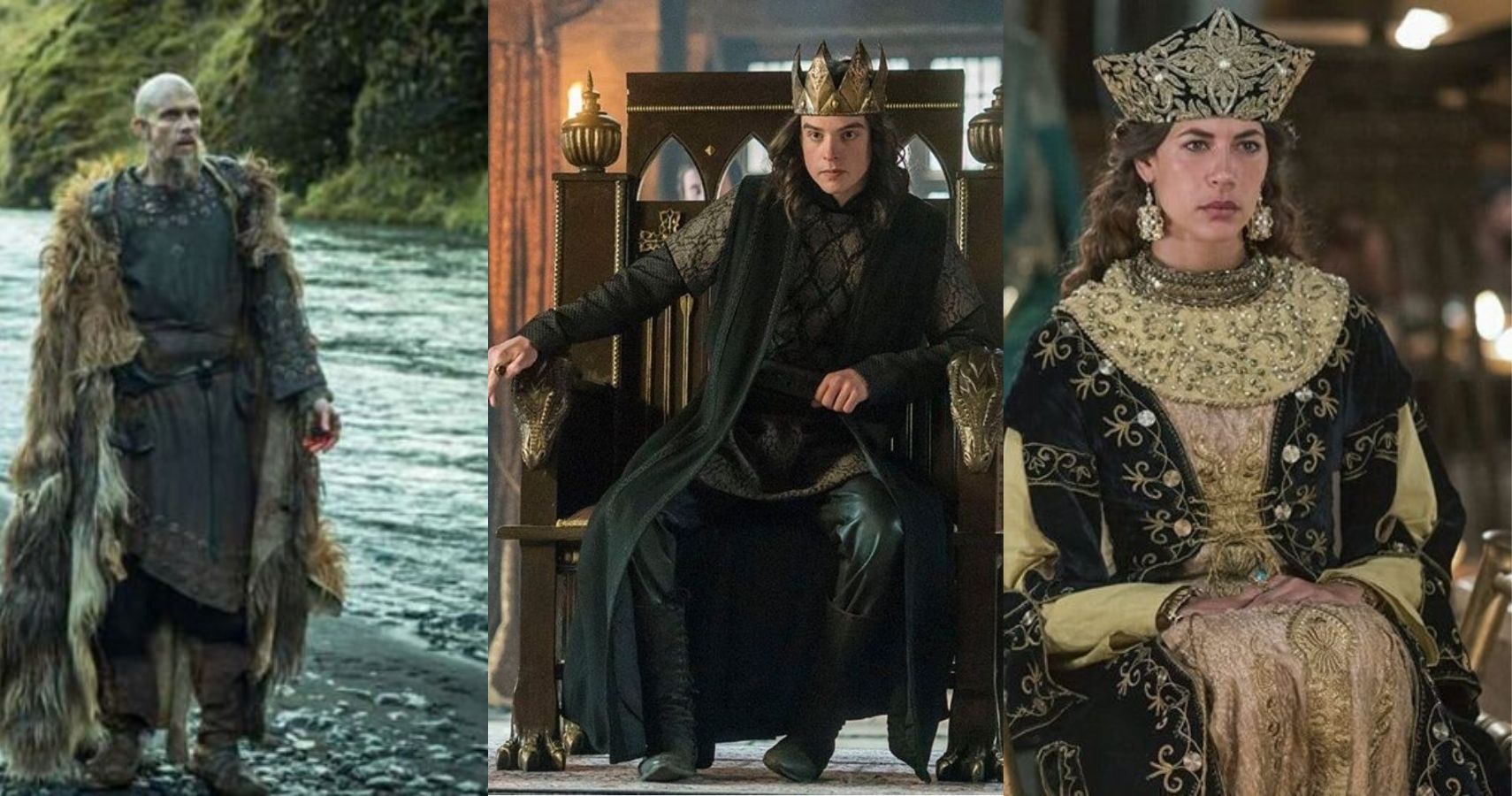 Fans show up for every new episode of Vikings to talk about the differences between the show and the known history, as well as all the complicated characters and storylines. One thing that all fans can agree on is that there are several supporting stories in the show that appear to have been abandoned. While most of them are not stories that fans are overly invested in, they’re still left unresolved and that can be frustrating.

With all the travel to new locations, new characters showing up at every raid, and some characters getting integrated into the main story, many fans are not all that surprised that there are stories left abandoned here and there. These are 10 storylines that were never resolved. 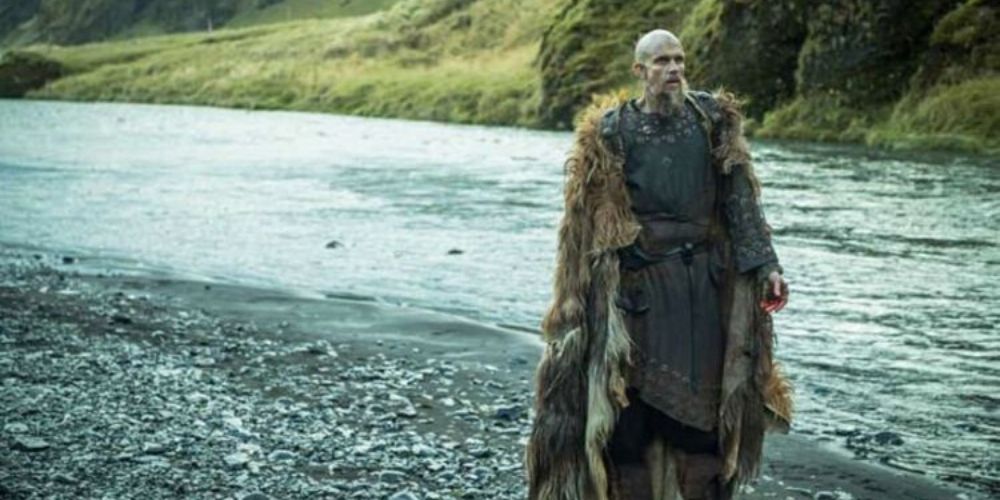 Floki goes off on his own in Iceland. He believes that he discovered Asgard and comes back to Kattegut to get people to join him in a new settlement. He believes that the gods live there, but it isn’t long before his settlement unravels and everyone is at each others’ throats.

Floki goes off on his own again, searching for some unknown ingredient that will make things work again. He finds the entrance to a cave he believes to be Helheim, but there is a cross inside instead. During his maniacal laughter over finding a Christian symbol in his Asgard lands, he is buried by a sudden rock slide in what turns out to be an erupting volcano. There’s no indication of his status, if he’s alive, or if he got out and went off somewhere else. 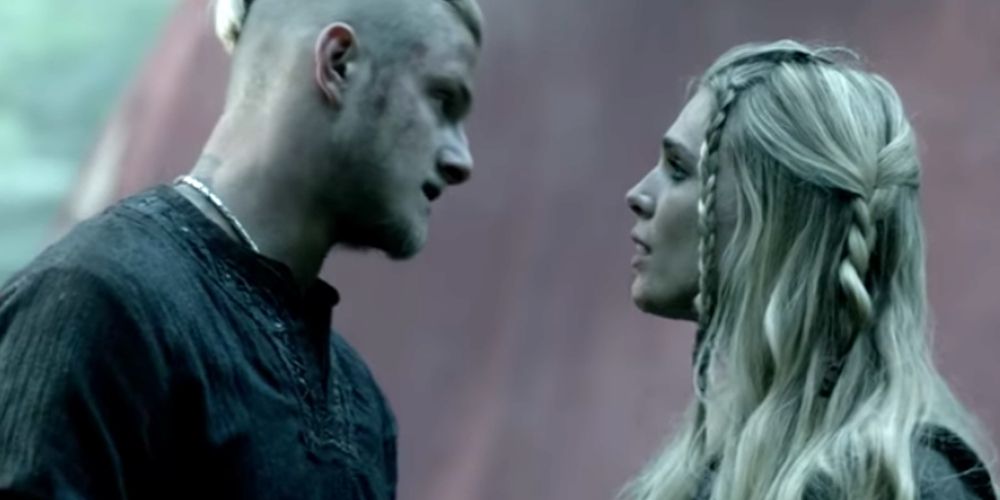 After she is gravely injured, Thorunn is left with a nasty scar on her face. She gives birth to her and Bjorn’s daughter Siggy and then notices Bjorn’s affection for Torvi. She is extremely depressed and tells Bjorn he can go be with Torvi and she won’t fault him for it.

Thorunn then leaves Kattegut, abandoning her daughter and Bjorn and not telling anyone where she went. Her story is never updated and she is presumed to be missing. Bjorn travels all over the world (but not to look for his lost wife) and never sees her. 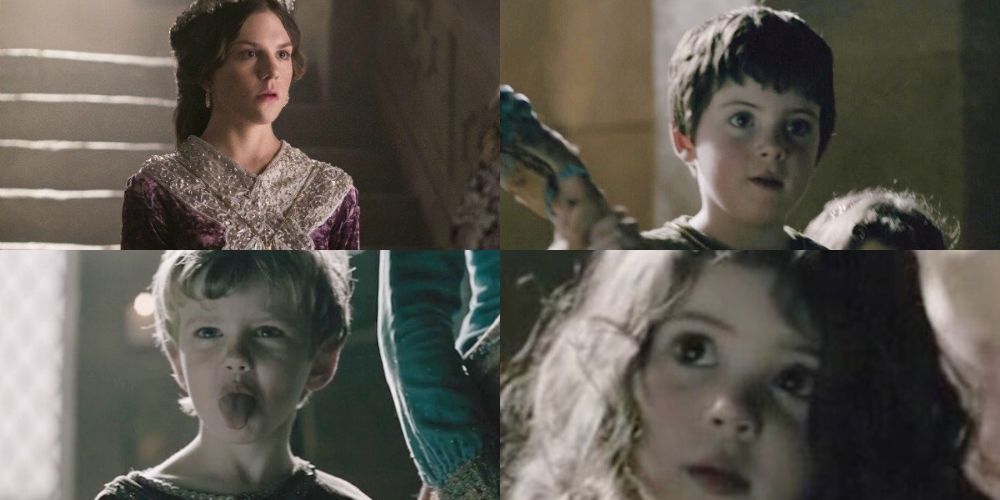 When Bjorn goes to his uncle Rollo looking for safe passage to Spain, Rollo agrees to help, only if Bjorn takes Rollo along on the raid. Rollo’s French wife Gisla doesn’t want him to go and after he comes back, she rages at him for abandoning them and slaps him in the face.

She doesn’t appear and isn’t mentioned much after that. This scene took place in season 4 and at the end of season 5, Rollo tells Bjorn that he’s his real biological father. He still doesn’t mention his other three children back in Normandy. 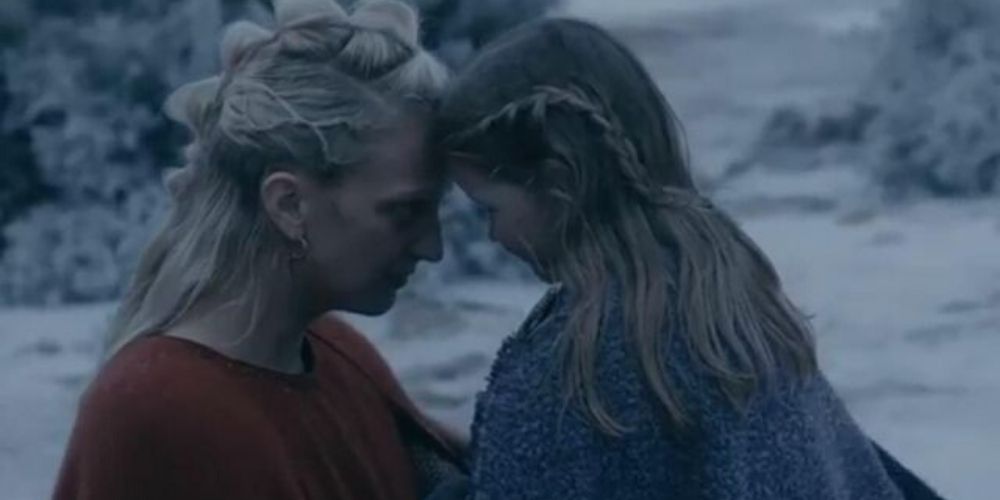 Bjorn had a child with his first wife Thorunn, a girl named Siggy, who died when she was young. He then married Torvi but didn’t stay with her. His son with Torvi is killed but it is assumed that Torvi and Asa, Bjorn’s other daughter, are still alive in Iceland.

What happened to them? There is a lot of infighting in the Iceland settlement and Torvi is alone in protecting Asa, at least as far as the viewers can see. Do they know that Bjorn went to war with his brother Ivar? Does Asa know anything about her father?

6 Bjorn Stabbed On A Beach 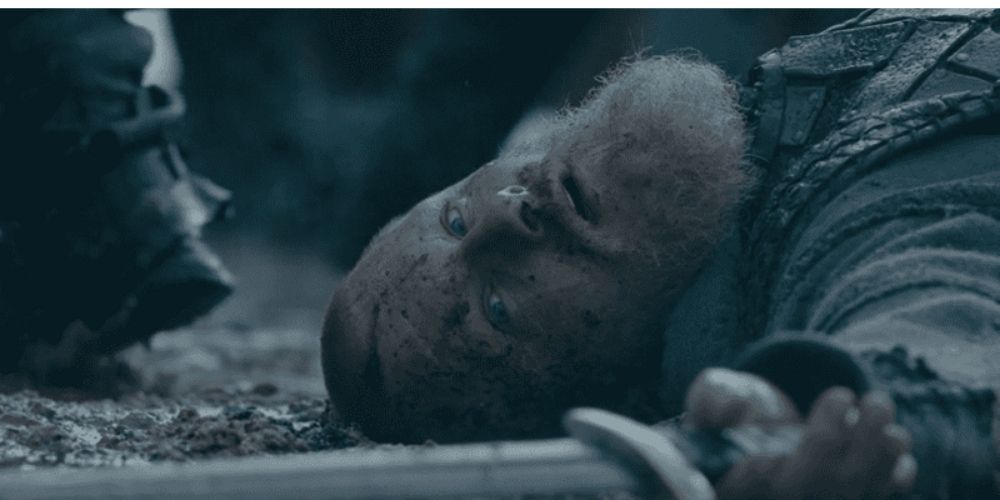 Since Bjorn grew up and went off raiding on his own, he has encountered all kinds of opposition, including from his own half brothers. After a lot of battling and blood spilled, Ivar is his last rival. Season 6 had Bjorn and Ivar coming after each other at the heads of their own armies. Ivar had the Rus soldiers and Bjorn had Vikings at his back.

In the end, Bjorn was stabbed on a beach and left for dead. Fans have speculated whether or not he’s alive and showrunners have teased at a return for Bjorn, but his story is still left very much unresolved.

5 Kattegut Is Without A Seer 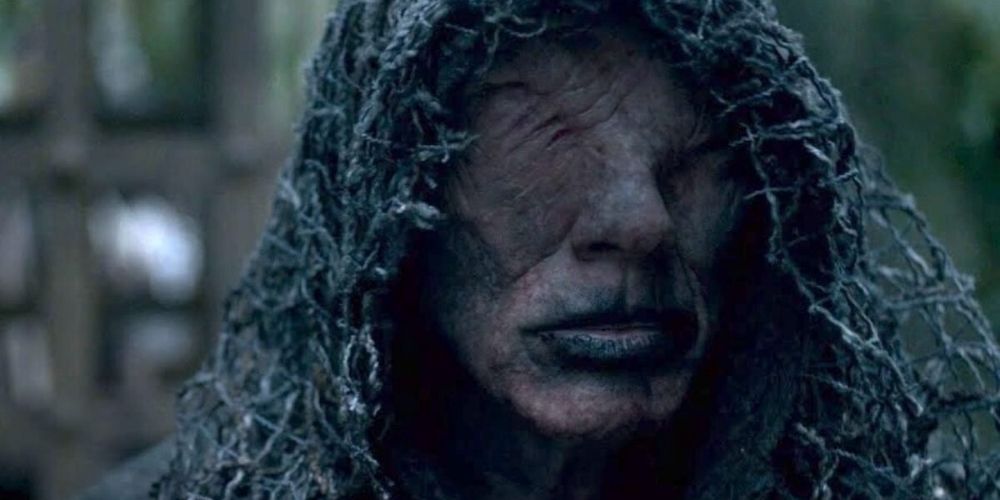 The Seer is a mysterious figure with no eyes and a dark hood. He has no name other than “The Seer” and is seen living on the outskirts of Kattegut, away from everyone else. He doles out cryptic messages that are revered as word from the gods and incredibly important.

He is a prominent character throughout the series but is killed off in Season 5. There is no mention of a new Seer, although fans believe Floki’s discovery of “Asgard” and close relationship with the Norse religion imply that he may be the next Seer. The story was left unresolved and Kattegut is still without a Seer.

4 Sigurd “Snake In The Eye” 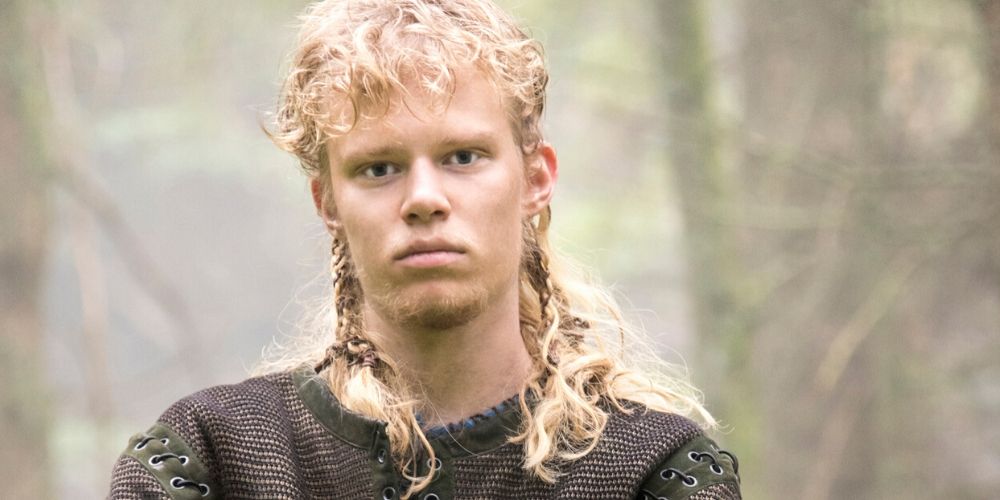 When Sigurd was born, Aslaug alluded to him being a “child of destiny” and having special powers that Ragnar should fear. She talked about the “snake in the eye” feature as if it was supposed to prove something.

Sigurd went through his life without showing any special abilities or big destiny. He died unceremoniously by an ax thrown by Ivar and there was no explanation about his “snake in the eye” quality.

3 King Harald On A Mountainside 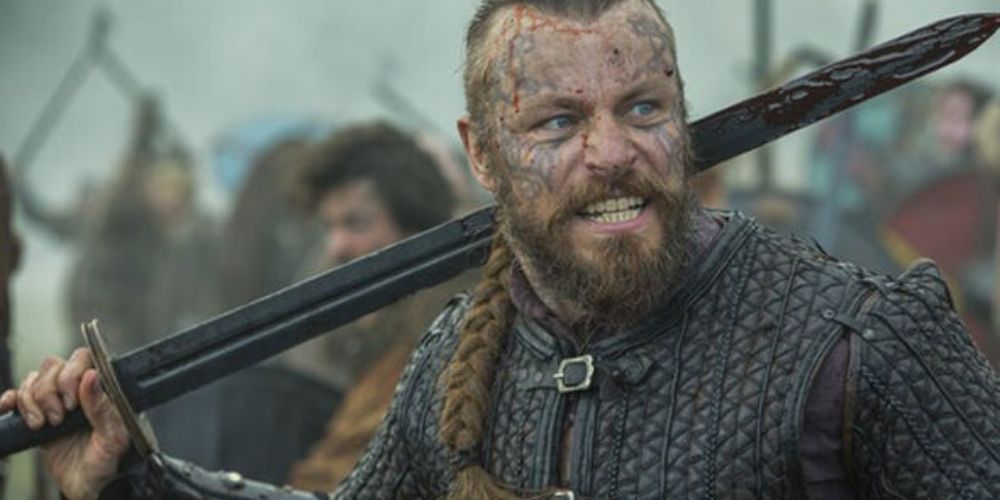 King Harald’s story hinges on obtaining more power all the time. He schemes and plans for revenge and ascension. His alliances are all about his own personal gain. Eventually, he leads his own Viking army into battle and is left dying on a mountainside.

After all he went through, including being nursed back to health by King Olaf, he is left on a mountainside and presumed dead. His story is abandoned and left without any real resolution. Is he alive? Does he still want the same power he lusted after before? 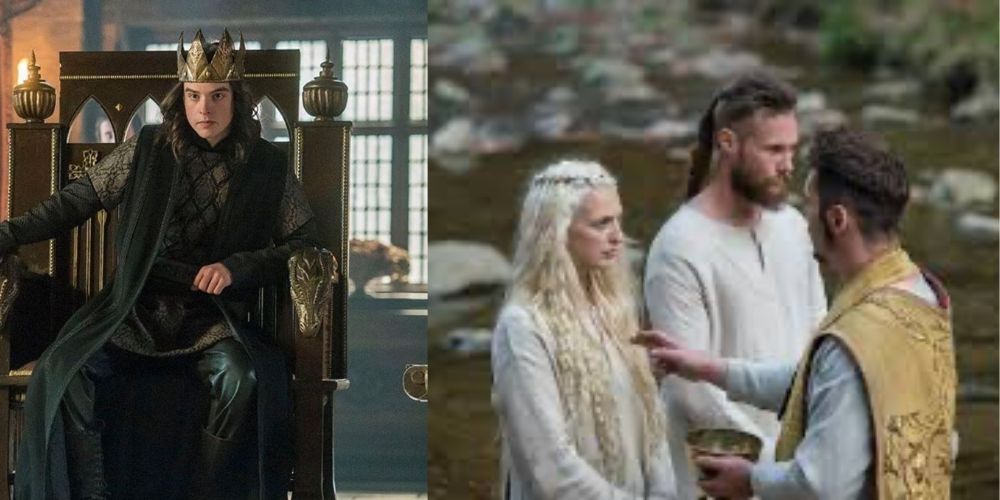 There is a lot of complicated battling that goes on in the fight for who will rule Mercia. In the end, Alfred becomes the King and he offers land to Ubbe, Bjorn, and Torvi in an attempt to form an alliance with the Vikings. Bjorn goes off to battle Ivar for Kattegut and his status as alive or dead is currently in question.

Torvi and Ubbe go to Iceland to find Floki and the Ubbe goes to war and dies in battle. The only one left to take the land promised by King Alfred is Torvi and her children. Will that be enough to keep the alliance he hoped for? 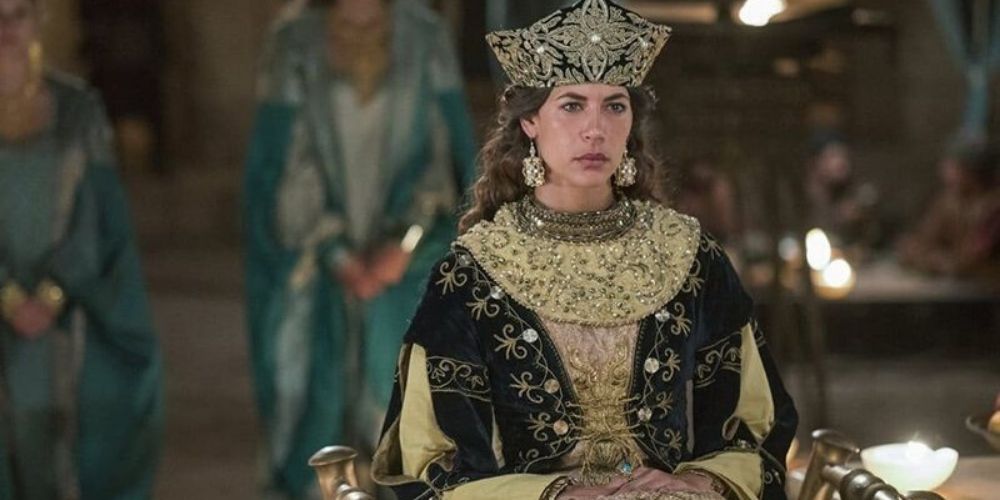 In season 5, Bjorn’s travels take him to Africa, where he hopes to meet people of power for alliance and trade. Before he arrives, he is tricked into believing someone else is the Amir. That man disappears. Bjorn and his Vikings sit down with the real Amir and a famous and powerful nun named Kassia in hopes of talking trade. They find out the man they thought was the Amir was deemed a traitor, executed, and was cooked into the meat they were eating.

Before they could suffer the same fate, a sandstorm covered their escape. As they run off, they see Kassia and the Amir escaping together. This storyline is never spoken of after this. Kassia is made to appear as having some mysterious power, but her story is abandoned after three episodes.