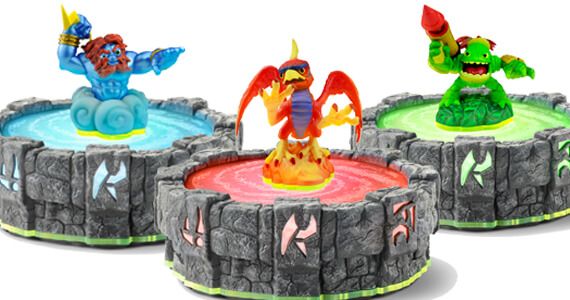 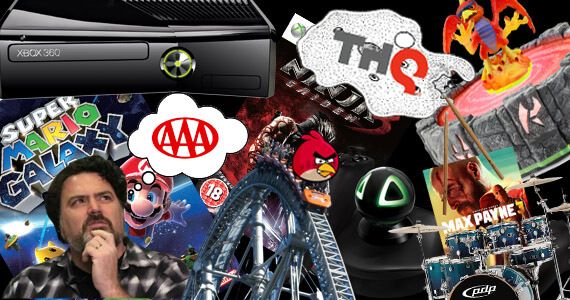 Mass Effect 3 may be many people’s entire world right now, but there is a lot going on outside of it — so take a break and check out some of the news you might have missed in the roundup. This week we learn scores more about the Max Payne 3 soundtrack, we get excited for Xbox’s biggest year ever, reveal more of those damn Skylander’s characters and learn Tim Schafer’s thoughts on triple-A titles.

Let’s round it up!

Rockstar has just announced that experimental LA rock band HEALTH will be composing the Max Payne 3 soundtrack. Why Rockstar chose this particular band is not entirely clear, but the band seems pleased as punch to be working on the project.

“Video games are redefining entertainment and whether people like it or not, they are becoming as culturally relevant as films. We feel that Rockstar’s projects have an undeniably raw and tasteful aesthetic. It’s vitally important to us that we be involved in things we respect artistically. Max Payne 3 has a complex story that unfolds mercilessly and we are excited to be a part of it.”

Well said. Some of HEALTH’s musical contribution can be heard in the Max Payne 3 trailer or, to get a feel for the band’s sound, check out their myspace.

Those who feel like the Angry Birds brand has gotten out of control are not hallucinating, an Angry Birds theme park is being planned as part of the existing SÃ¤rkÃ¤nniemi Adventure Park in Tampere. Rovio´s EVP Licensing and Merchandising, Harri Koponen, suggests that it might be mostly interactive activities stating, “Our goal is to motivate the fans, both adults and children, to exercise and enjoy the outdoors.” Gigantic slingshots and foam blocks, anyone?

SÃ¤rkÃ¤nniemi Adventure Park is planned to open in April 28th and a special peek at the Angry Birds section can be viewed on the park’s website.

THQ registered a trademark, ironically titled ‘Evolve’ since the company has been going through a lot of changes itself. The application, which was found by GameSpot, doesn’t reveal too much about the project except that the trademark is to be used for “video game software.” Well, duh.

When GameSpot reached out to THQ on the trademark, they responded by saying they don’t comment on filings — so that’s a dead end. Perhaps this will be the game that will save the struggling company.

Steve Beinner, Microsoft’s director of global marketing first party games, was quite sure of himself when talking about the future of Xbox saying, “2011 was our biggest year — the biggest year in Xbox history. So we’re feeling fantastic. We want to continue to build on that momentum.” He went on to suggest they were just “peeling the curtain back” for this year, but that fans should stay tuned for some apparently big announcements.

Details are slim, but optimism is through the roof. What is known is that part of their strategy will involve continued support for the Kinect motion controller and improvements to Xbox Live services, in addition to extending franchises through XBLA, as with Alan Wake’s American Nightmare.

It’s becoming increasingly difficult to continue reporting on new characters for Skylanders since we imagine it will likely go on forever. That being said, here we go again…

Lightning Rod is a new air element character that incorporates lightning based attacks. Sunburn is a dragon phoenix combo, a fire element that can also teleport. Last is Zook, a life element that blasts enemies with a bamboo bazooka.

There — that’s it. I’m going to lie down now and hope that no more characters are released. I… I don’t think I have the strength.

Razer Hydra, the motion controller that was highly advertised for its capabilities with Portal 2, is casting a wider net and now includes full motion play support for Left 4 Dead 2, Half-Life 2 and Team Fortress 2. Future Valve titles such as Dota 2 and Counter-Strike: Global Offensive are also expected to receive support for the controllers. In addition to these popular games, Steam is also integrating the Sixense MotionCreator 2.0 software that will give backwards compatibility to 250 games already in the library, and will receive continual updates for future games.

7. Schafer: Triple-A titles “are a pain in the ass”

It seems Tim Schafer is exhausted by triple-a titles, telling GamesIndustry International, “Those kinds of games like God of War or BrÃ¼tal Legend are a pain in the ass to make. It’s incredibly stressful.” Nothing is more evident of this than Double Fine’s long string of recent downloadable titles, ever since BrÃ¼tal Legend’s lukewarm reception. Schafer isn’t out of the game just yet, however, and assured fans that he is still pitching big games to publishers.

“We have four teams and all it takes is to put two of them together to have a team the size that we made Psychonauts or Brutal Legend with. I still like to make big fantasy worlds and I think we’ll do another big game again. We’re actually at DICE here pitching a pretty big game, so it’s not about size, it’s about what you do with it.”

Despite the headaches triple-a titles may incur, it’s nice to know that Schafer hasn’t given up on them — but until we see one, fans will have plenty to occupy their time with Double Fine’s new adventure game and Kickstarter success story.

Joystiq has confirmed that Tecmo-Koei will be locking Ninja Gaiden 3’s crazy ninja slaughtering online multi-player behind an online pass, much to the chagrin of renters, who might not be able to afford the purchase. Check out the wild multi-player vignette and see it it’s worth forking over the dough.

Nintendo was pleased to announce that Super Mario Galaxy became the ninth Wii game to sell more than 5 million units in the U.S. According to Nintendo, they have been on a streak of breaking records, recently crossing the 39 million unit mark for Wii systems sold. Super Mario Galaxy is one of the best reviewed games of all time and is still a favorite amongst Wii owners (this one included). Now that it’s available for $19.99, it should open itself up to even more people. Mario Galaxy joins a long list of Wii games that have passed the 5 million mark in the U.S., including, Wii Play (the highest selling Wii game at 13.06 million), Mario Kart Wii and New Super Mario Bros. Wii.