Cyberpunk 2077 didn’t have the smoothest launch experience, but there are a multitude of fixes in the works that could bring players back. 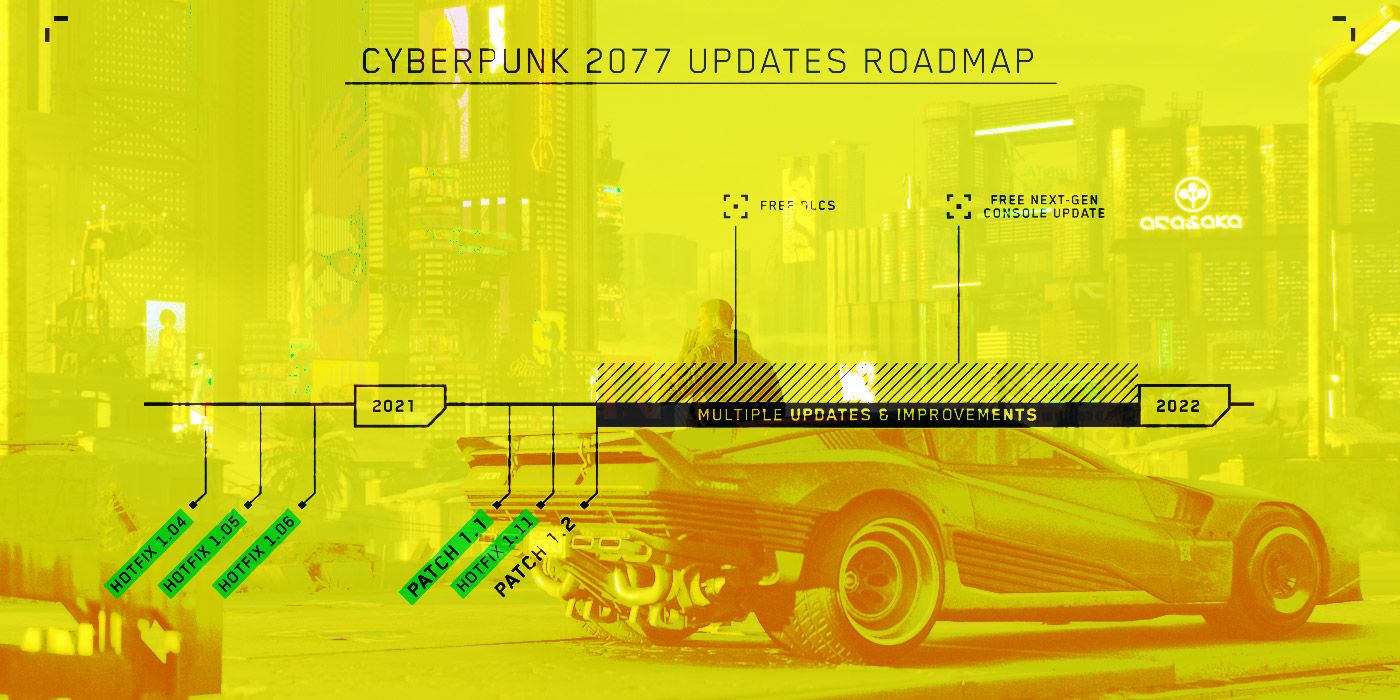 CD Projekt Red’s latest game, the hotly anticipated Cyberpunk 2077, could be an expertly crafted open-world RPG with immaculate attention to detail, but that’s all hidden behind a plethora of bugs and distracting performance issues. Released in December of last year, the game has been a hot topic for quite a while now for a variety of reasons.

The company has had the last two months pretty rough on themselves as a barrage of lawsuits rained down the development team while the community waited out on updates to get the issues sorted out. CD Projekt Red’s official website has released a vague dev roadmap on what to expect from Cyberpunk 2077 in 2021.

Cyberpunk 2077 Shall Be Fixed First

The first order of business for Cyberpunk 2077, according to many fans, should be to patch the game out as quickly as possible. Of course, game development isn’t something as simple as flipping a switch; in other words, patience here may go far in how players handle their post-release expectations for Cyberpunk 2077. To CDPR’s credit, a recent video did outline a roadmap as to when to expect these fixes.

The video mentions a roadmap which states that two major updates are set for this year and will serve to alleviate the bugs and performance issues on all platforms, with the most attention to be given to the older consoles. Cyberpunk 2077’s patch 1.10 was released on January 22, 2021, which at least in initial tests hasn’t seemed to do much in the name of optimizations on the older generation of consoles. There are still a lot of bug reports and frame drops that fans want immediately addressed. The next update is scheduled to drop sometime soon, so hopefully, fans will have at least an acceptably-operable game soon.

Once Cyberpunk 2077 is patched out, the developer has shown off its plans to release a bunch of updates and improvements. This seems like a solid approach, as after there are a few fixes, players can expect improvements to the core experience. This includes free upgrades to the PS5 and Xbox Series X, as well as free DLC for Cyberpunk 2077. The DLC was delayed to focus on the fixes, and that could be a major saving grace for the game. If it releases DLC and it doesn’t work, many won’t care that it’s free, but free DLC was a vastly-improved game has the potential to change the entire narrative.

While much isn’t known about what the future holds, most fans agree that CDPR needs to deliver some worthwhile content as a sign of appreciation for patient fans. The Witcher 3’s DLC should serve as a benchmark for the developer when it comes to the DLCs, as many consider Hearts of Stone and Blood and Wine are two of the best video game expansions, sporting more content than even some full-priced games. Considering both of these games are made by the same company, it’s not entirely unreasonable to expect this level of story-telling.

Cyberpunk 2077 is also supposed to get a fully-fledged multiplayer mode, with it originally expected to release around 2022. Considering the release fiasco, it is reasonable for fans to expect a time frame of at least 2023 until this mode will see the light of day, as of all the pushbacks, this is most likely “iced” for now. Ultimately, while nothing can be certain, the right moves at the right time can right the wrongs of Cyberpunk 2077.

Cyberpunk 2077 is available for PC, PS4, Stadia, and Xbox One, with PS5 and Xbox Series X upgrades in the works.