The anime series Blade Runner: Black Lotus takes place in 2032. Here’s how it fits into the Blade Runner timeline, and what it means for the series.

You Are Reading :When Is Blade Runner Black Lotus Set Timeline Explained

With Blade Runner: Black Lotus premiering on CrunchyRoll and on Adult Swim this month, many may be wondering when the anime series takes place in the Blade Runner timeline. The series was announced in November 2018 as a co-production between the aforementioned distributors. It’s is a spin-off of the Blade Runner franchise made famous with 1982’s titular sci-fi classic starring Harrison Ford and its sequel, Blade Runner 2049, which starred Ryan Gosling alongside Ford.

This newest addition to the Blade Runner canon will be the first TV series to take place in the iconic sci-fi world, as well as the second animation after the animated short films that debuted in 2017 around the release of Blade Runner 2049. The anime series is to be 13 episodes and will follow a newly-established replicant character named Elle, who was created for a mysterious purpose. Along with introducing Elle, the series will also feature some familiar characters from the Blade Runner universe.

Blade Runner: Black Lotus takes place in the year 2032, between the films Blade Runner and Blade Runner 2049, but ten years after the animated short Black Out, which takes place in 2022, three years after the original film, which was set in the year 2019. The Blackout was a major event between the two films and was a widespread electricity blackout that lasted for ten days. The blackout was a planned attack by two replicants and a replicant-sympathizing accomplice in order to erase all data on replicants. Their plan was ultimately a success and would change the face of the dystopian world. Replicant production was soon banned and resulted in the fall of the Tyrell Corporation. After the Blackout, all illegal Blade Runner replicants went into hiding. Ten years later, the Wallace Corporation rose from the ashes of Tyrell and started production on a new model of replicant. This is where the new anime series will pick up in the timeline.

How Blade Runner: Black Lotus Deals With Being A Future Sci-fi Set In The Near Future 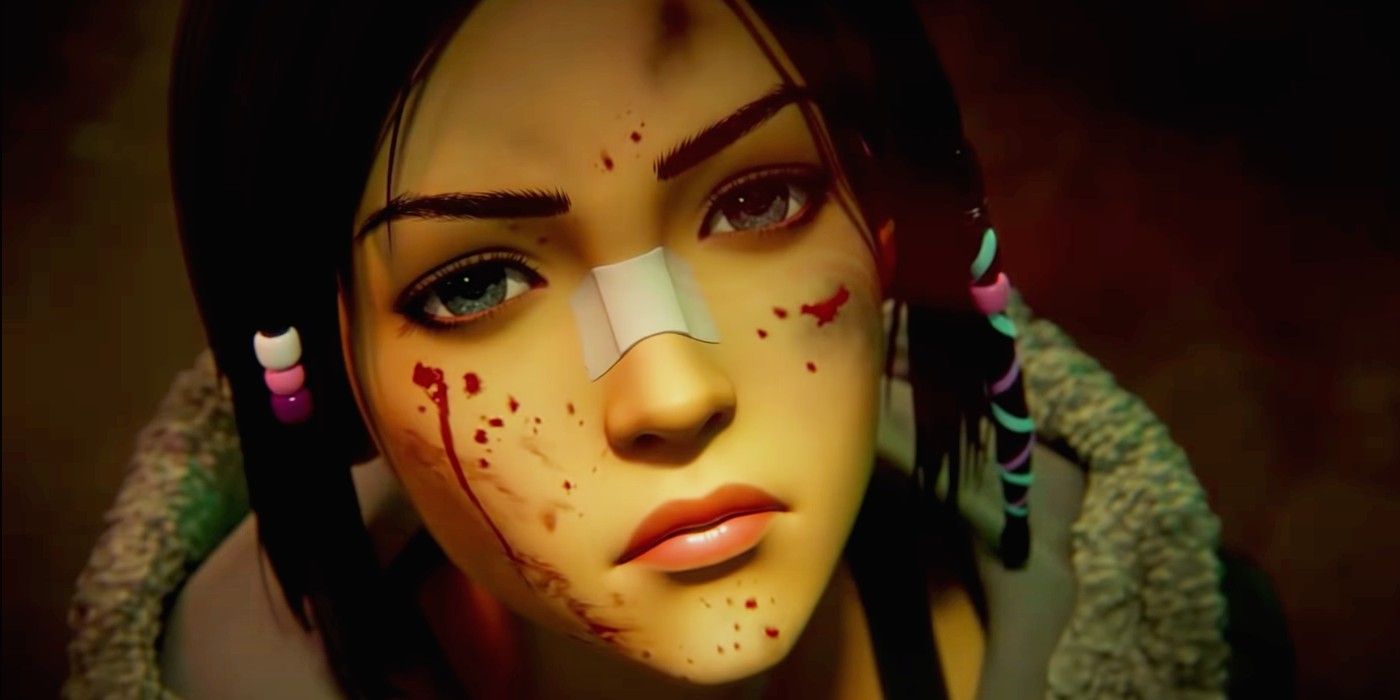 While Blade Runner: Black Lotus is technically a dystopian sci-fi, the series is set much earlier than most modern futuristic stories are, mainly due to it being set right between the two films. However, this isn’t a particularly bad thing, and it actually works more in its favor than against. The near-future setting allows the series to take a more grounded and somewhat modern take on the world of Blade Runner and doesn’t have to update too much from the original film in terms of the technology and functions of the dystopian world. It allows for a more plot-focused story that doesn’t need to overexplain the changes made to the world, and because of this it can really take its time with the characters and the inevitable twists and turns the plot will take with its replicant reveals. Since the rules of Blade Runner’s world are generally similar to those of the 1982 film, the story can really shine and the character of Elle can get the development that is needed for her character.

Blade Runner: Black Lotus is sure to be an exciting entry into the Blade Runner canon, as it is both introducing a new character while sticking to a similar world and tone to that of the original film. This series sticking to a closer timeline to that of the first offers audiences a more in-depth look into this world while also giving those who loved Blade Runner 2049 a closer look into the origins of that film’s future. It being a series also gives it more time to expand on its themes and characters than another Blade Runner film could, and will hopefully give audiences a satisfying new entry into this iconic sci-fi universe.