When The Witcher Prequel Is Set In The Timeline: Every Event & Detail

Netflix’s prequel series to The Witcher will explore the Conjunction of the Worlds and the story of the First Witcher – here’s everything we know.

You Are Reading :When The Witcher Prequel Is Set In The Timeline Every Event & Detail 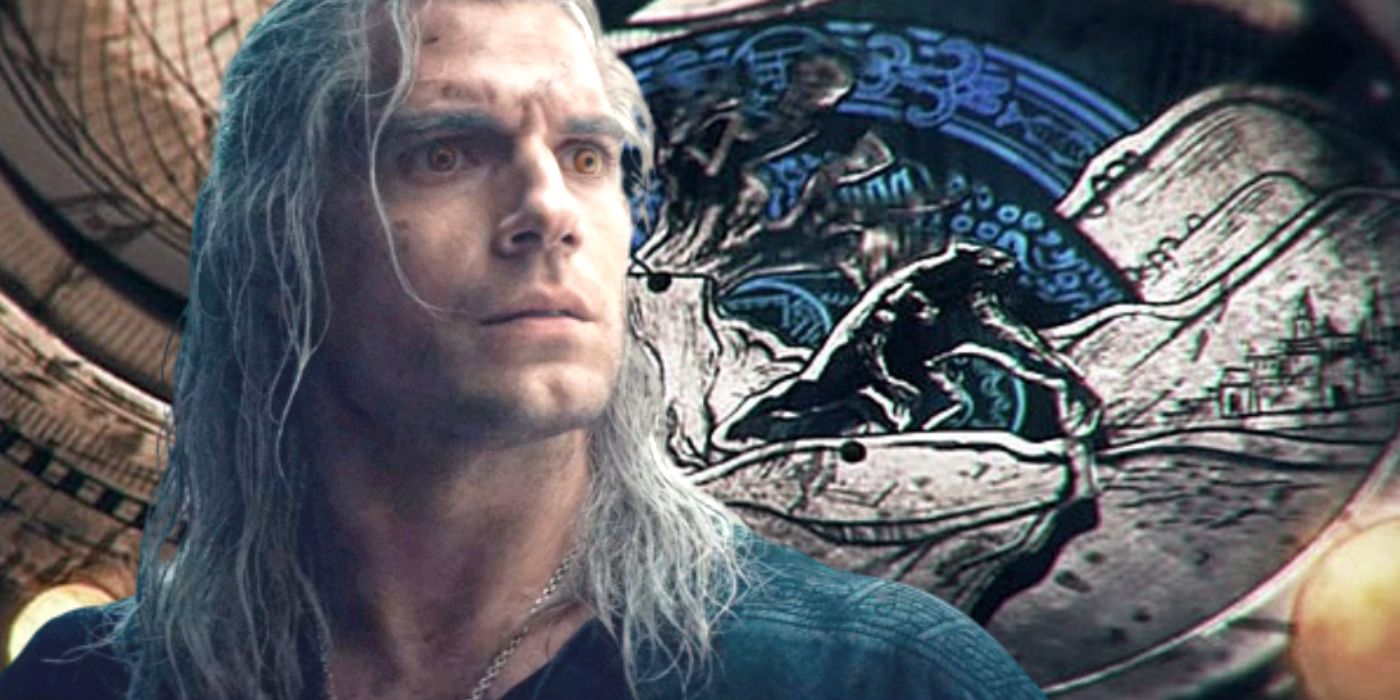 Netflix has officially announced The Witcher: Blood Origin, a spinoff series set 1,200 years before the events of The Witcher – but how does that fit into the show’s timeline? Based on the popular novels and short stories by Polish author Andrzej Sapkowski, The Witcher season 1 was a big hit for Netflix. It starred Henry Cavill as Geralt of Rivia, one of the last Witchers to protect humans from the magical creatures of the world.

Part of The Witcher’s appeal was the sheer complexity of its world. It featured rival kingdoms, political intrigue, and magical creatures who had once ruled the world but had been gradually pushed back by an advancing human race. There was a tangible sense of history, as though magic had been consigned to the shadows and beauty had receded into the past. Naturally, viewers were eager to see more of the Witcher’s world – and it seems they will have their hopes fulfilled.

Netflix has announced an official prequel series, set 1,200 years before the time of Geralt. The Witcher: Blood Origin will reportedly tell the tale of the first Witcher, and still more. According to Executive Producer and showrunner Declan de Barra, it will reveal the Elven World before the time of man, and it will be heavily influenced by Sapkowski’s books. Here’s what’s known about this key point in the timeline of The Witcher. 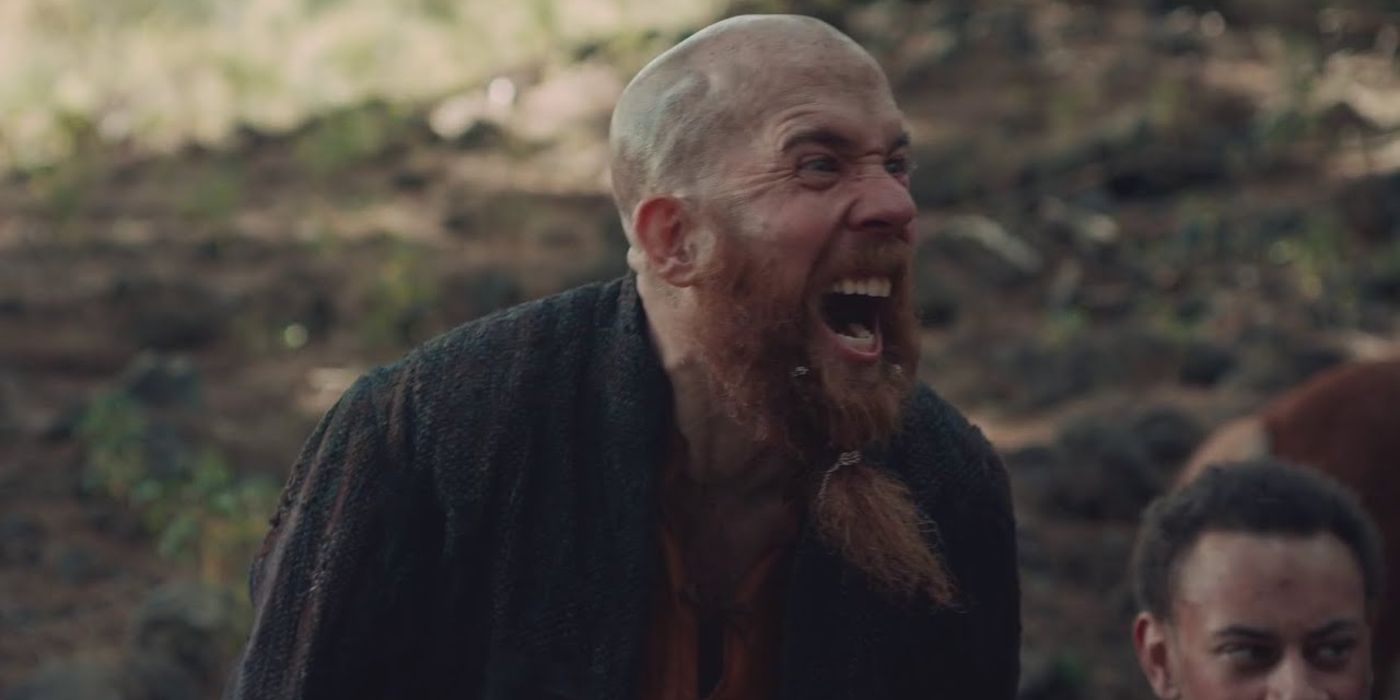 There are no impartial historians in the world of The Witcher, and as a result there is no accepted history; every race has its own mythology, and its own version of the past. Still, according to the Dwarf Yarpen Zigrin, the first races to settle on the Continent were gnomes, swiftly followed by dwarves, and then by elves. As in the real world, migration led to conflict between the races, but the elves – also called the “Aen Seidhe” – were triumphant. These Elves established a paradisical land, living in harmony with nature. In one of Sapkowski’s short stories, the Aen Seidhe Filavandrel launched a bitter diatribe in which he remembered these ancient times. “We never cultivated the land,” he snapped at Geralt, who he considered a representative of all humanity. “Unlike you humans we never tore at it with hoes and ploughs. To you, the earth pays a bloody tribute. It bestowed gifts to us. You tear the earth’s treasures from it by force. For us, the earth gave birth and blossomed because it loved us.” This is the kind of world that Netflix’s prequel will be depicting, which is markedly different from that in The Witcher.

The Conjunction of the Spheres 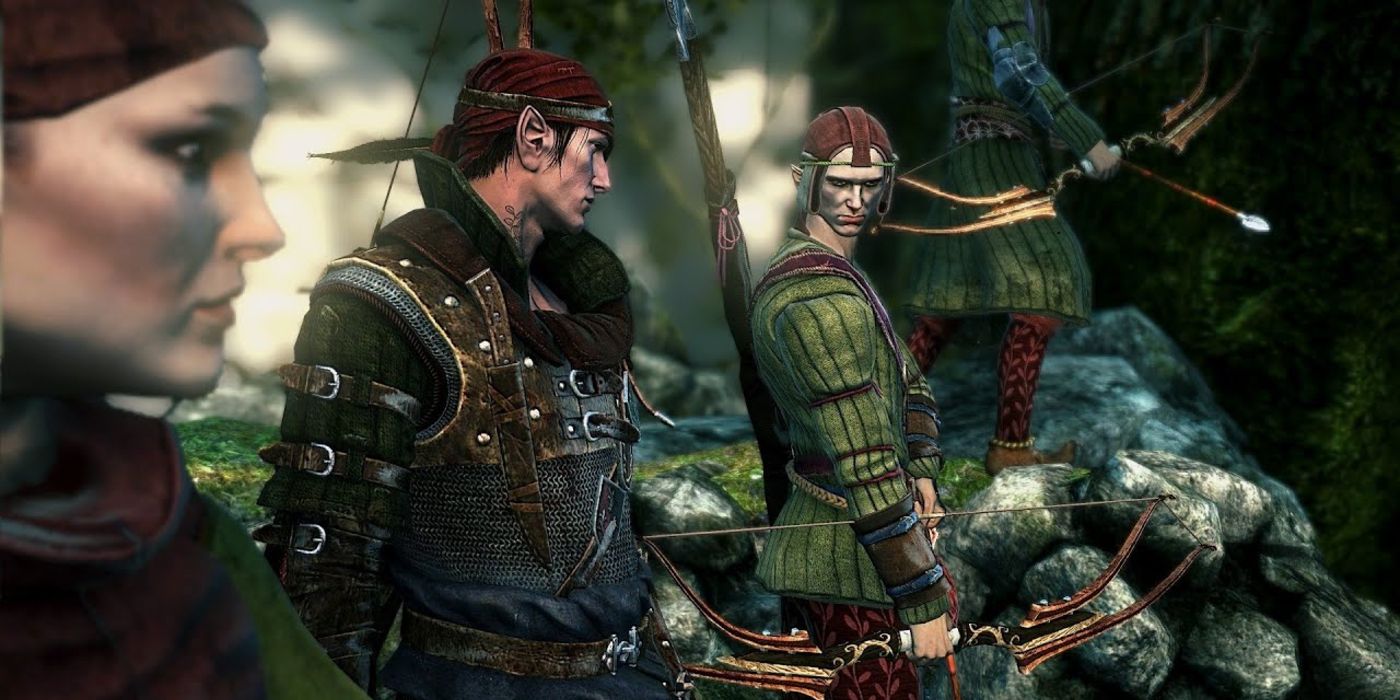 Following the first migration came a Multiversal calamity of some kind, a mysterious event known only as the Conjunction of the Spheres. The only account of this event to date is found in a journal entry that can be read in The Witcher games, written by a man named Adam Nivelle.

“The Cataclysm commonly known as the Conjunction of the Spheres happened one and a half millennia ago. A cosmic collision of several parallel universes, this disaster left numerous creatures not native to our reality trapped here. For example, ghouls and graveirs, which lack their own ecological niches are simply relics of the Conjunction.

Nivelle himself insists these are all “lies and fabrications circulated by nonhumans.” In his view, every race desires to claim primacy over the other simply by insisting they inhabited the Continent first, and others are not native. He has a point; and yet, the Aen Siedhe clearly did establish a civilization upon the Continent before humanity arrived, and mankind had to come from somewhere. In the books, Ciri gains the power to travel between the worlds, and she arrives on what appears to be Earth in the days of Camelot. The implication is that humanity started out on Earth, but was transported to Sapkowski’s world by the Conjunction of the Spheres.

Whatever the truth may be, the Conjunction of the Spheres led to the inevitable; war on the Continent. The Aen Seidhe were proud and confident, and initially they believed their physical strength would prevail. But humans are more fertile than Aen Seidhe, and soon the Elves found themselves pushed back to the Edge of the World. The Conjunction – and subsequent war – should form a key part of The Witcher prequel’s narrative and world-building.

The human settlers on the Continent found themselves in war with the Aen Seidhe, but at the same time they were faced with other challenges. The Conjunction of the Worlds had released far stranger creatures on to the Continent – from ghouls to kikimora, from aurochs to sprites, monstrous threats the humans had never encountered before. Fortunately, some humans learned to use magic, and presumably the first Witcher was one of those.

It’s reasonable to assume the first Witcher learned how to enchant his medallion, so it would warn him of the presence of magic. Armed with this, he could begin seeking out the creatures that lurked in the shadows. No doubt he charged a pretty penny for it, too, because traditionally the order of the Witcher was expensive to hire. But, at least at first, he was the only one of his kind. That medallion was probably the secret to the Witcher’s success, because unlike any potential rivals he would have been warned whenever danger lurked. It’s possible the first Witcher began experimenting with mutagens, learning how to enhance his skills. He may have been mercenary, but this first Witcher understood he performed a vital service. To that end, he began to train others in his craft, and founded the order of the Witchers – an order that lived on far longer than he did, that almost wiped out the fiends and demons, and that ultimately claimed Geralt of Rivia as its champion.

The history of the Continent is shrouded in mystery, with conflicting tales told by every race. It’s easy to mock Adam Nivelle’s insistence the Elves spread lies about the origin of mankind on the Continent, but he has a point; the history we tell is frequently the story we want to be true, rather than the one that is. As such, The Witcher: Blood Origin is a unique opportunity for Netflix to pull back the curtain and reveal the truth in all its gore.