Who Hyrule Warriors Age of Calamitys New Robot Sidekick Is

Who Hyrule Warriors: Age of Calamity’s New Robot Sidekick Is

Trailers and promotional art for Hyrule Warriors: Age of Calamity have highlighted a small, egg-shaped Guardian, but what exactly is it?

You Are Reading :Who Hyrule Warriors Age of Calamitys New Robot Sidekick Is 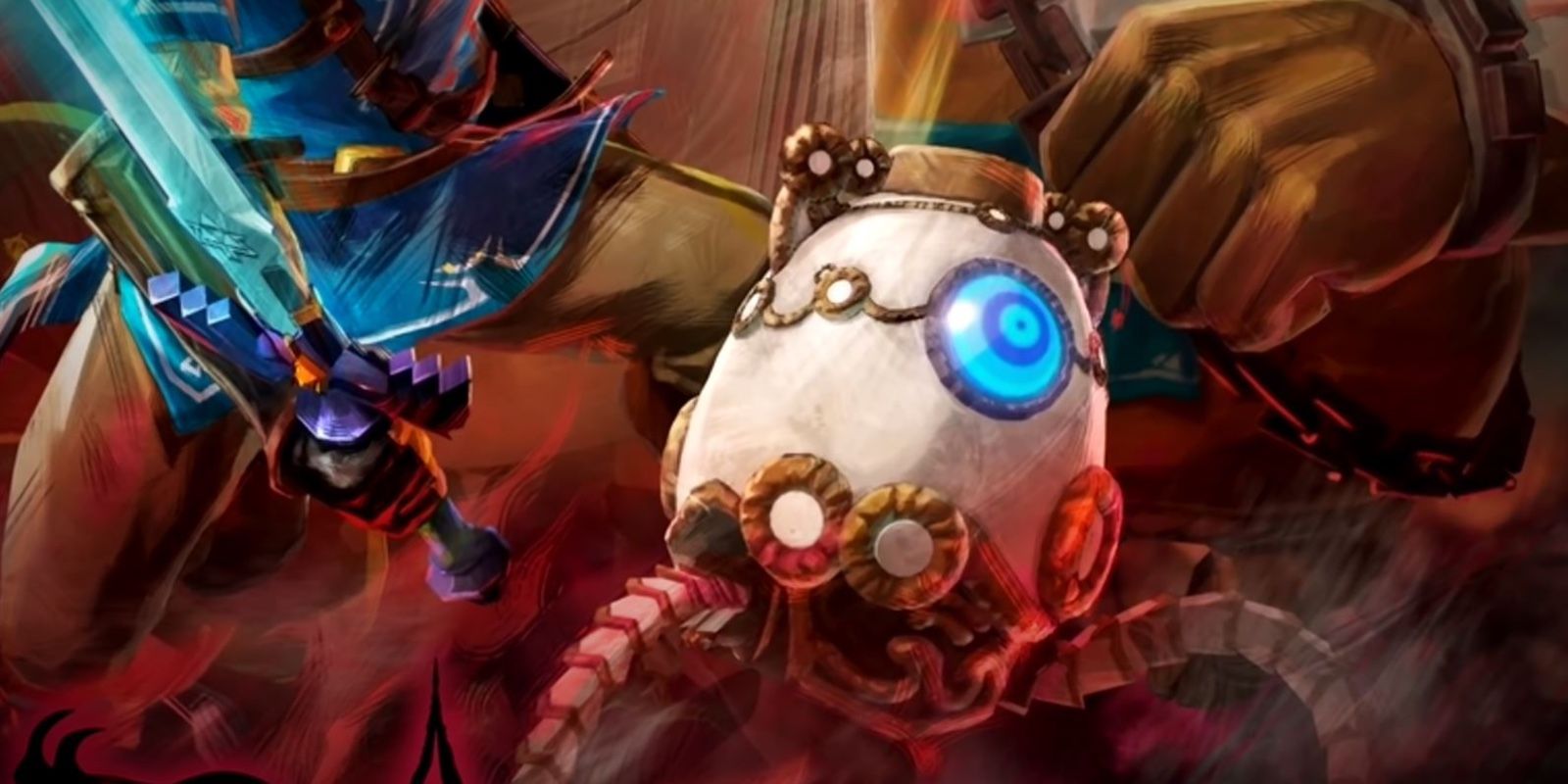 The upcoming title Hyrule Warriors: Age of Calamity is set to release in just under a month, but there is still a lot about the game that remains a secret. Fans are already well aware the game will follow the events of the Great Calamity that set up The Legend of Zelda: Breath of the Wild, but specifics about the game’s plot have been hard to find. Trailers and promotional art have been the main source of information about the game for Zelda fans, but they’ve actually created a few more questions than answers. One of the major questions that have arisen revolves around the small, egg-shaped guardian that can be seen with Link in almost all of the game’s promotional material.

The Legend of Zelda fans got a first-hand look at the little robot during the TGS preview of Age of Calamity. The preview showcased the first level of the game, The Battle of Hyrule Field. During the preview, a cutscene shows Link as he’s battling across Hyrule Field, with the egg Guardian sleeping nearby behind a rock. Just as Link discovers the small Guardian, Impa comes running in, fleeing from a group of Bokoblins. She calls to Link for help and begins to stumble, hurling a Sheikah Slate into the air. While in midair, the Sheikah Slate connects with the sleeping egg guardian and activates it. A Sheikah Tower then emerges from the ground, scattering the Bokoblins. The cutscene ends with Link staring at the little Guardian in astonishment as it sort of whistles a tune.

This was the first-time players were introduced to the small Guardian, and since the Tokyo Game Show little else has been revealed. Fans have been left to theorize as to what role this little robot might serve in the game. Many think it might be some sort of scout that will seek Shiekah technology, based on the way it was able to summon the Sheikah Tower. Thankfully, the demo for Age of Calamity just released and helps provide a little bit more background on Link’s new, tiny companion. 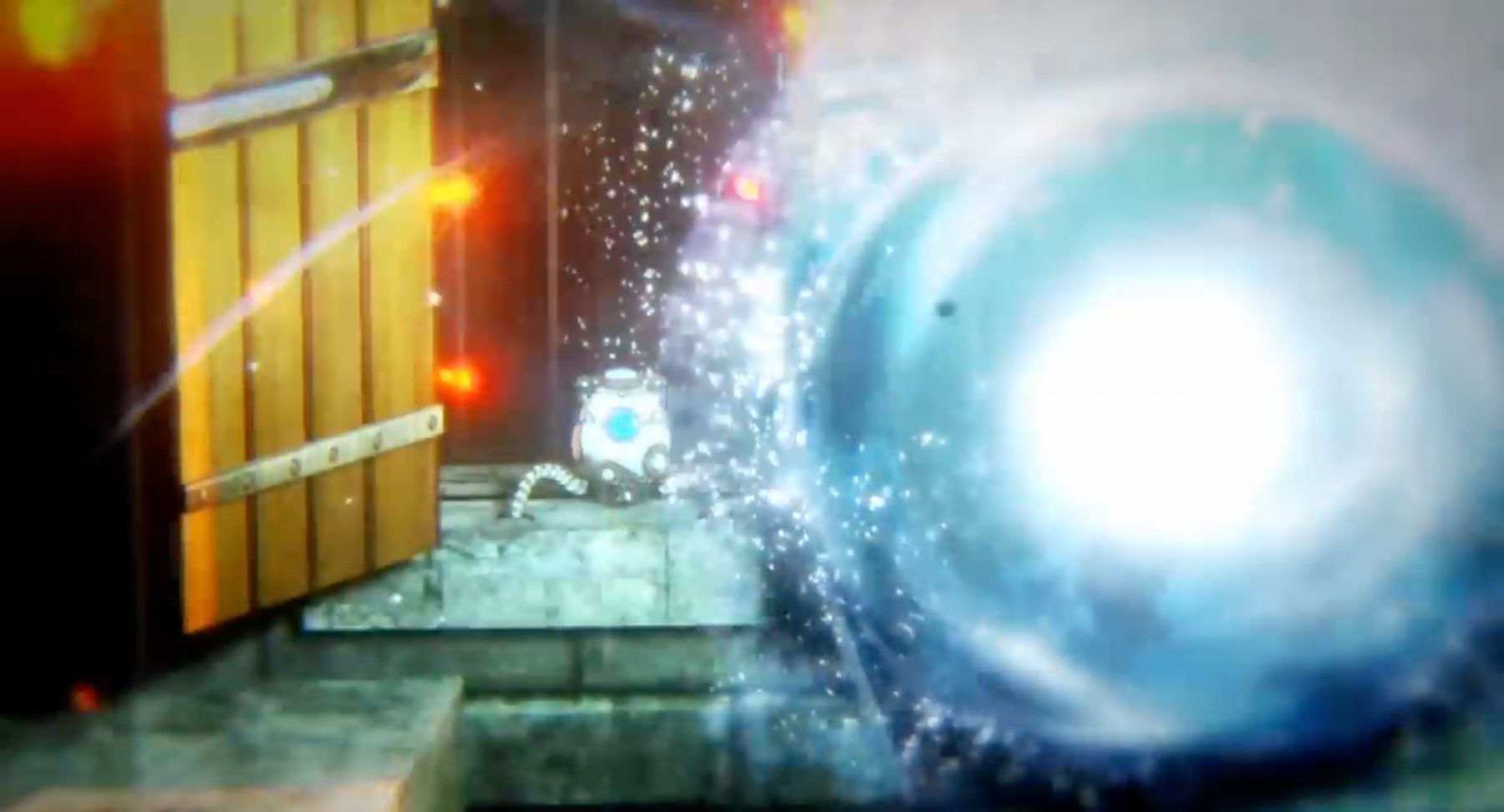 The Age of Calamity demo only allows players to experience the first few missions of the game, but they are very informative. Hyrule Warriors: Age of Calamity opens with a cutscene showing the events of the Great Calamity as they are happening. Hyrule Castle is under attack and fire has over taken the land. A box is shown falling from a shelf at the same moment Zelda activates her Triforce to seemingly protect Link from a Guardian. As Hyrule Castle is engulfed in gold light, the small, egg-shaped Guardian emerges from the box that fell over.

The small Guardian watches as Zelda tries to protect everyone and gives a head nod, as if it knew what its mission was. It then whistles a tune and a portal appears. It prepares to jump into the portal, but a full-sized Guardian shoots at it just as it jumps. The small Guardian takes damage as it goes through the portal, and some malice seems to follow it through. The egg-shaped Guardian is then awoken in the past by Link during the Battle of Hyrule Field.

After the battle, Zelda and some others runs some tests on the little Guardian and realizes that it is a messenger from the future, warning of the Great Calamity that is to come. Time travel is hardly anything new for a Zelda game, but it does raise some questions. Essentially, with two timelines being created in Age of Calamity, which one does Breath of the Wild take place in? Perhaps this means Age of Calamity might not end in the bleak fashion many are expecting based on the source material. Considering some malice followed the egg-shaped Guardian through the portal into the past, perhaps the egg is what triggers the Great Calamity.

Zelda fans interested in getting a hands-on first-look at Hyrule Warriors: Age of Calamity can do so by downloading the game’s demo, which is currently available in the Nintendo eShop.