DC’s Justice League Incarnate has begun releasing its own limited comic series. Here are the team’s heroes and where they’ve been before now.

You Are Reading :Who Is Justice League Incarnate DCs Multiverse Hero Team Explained 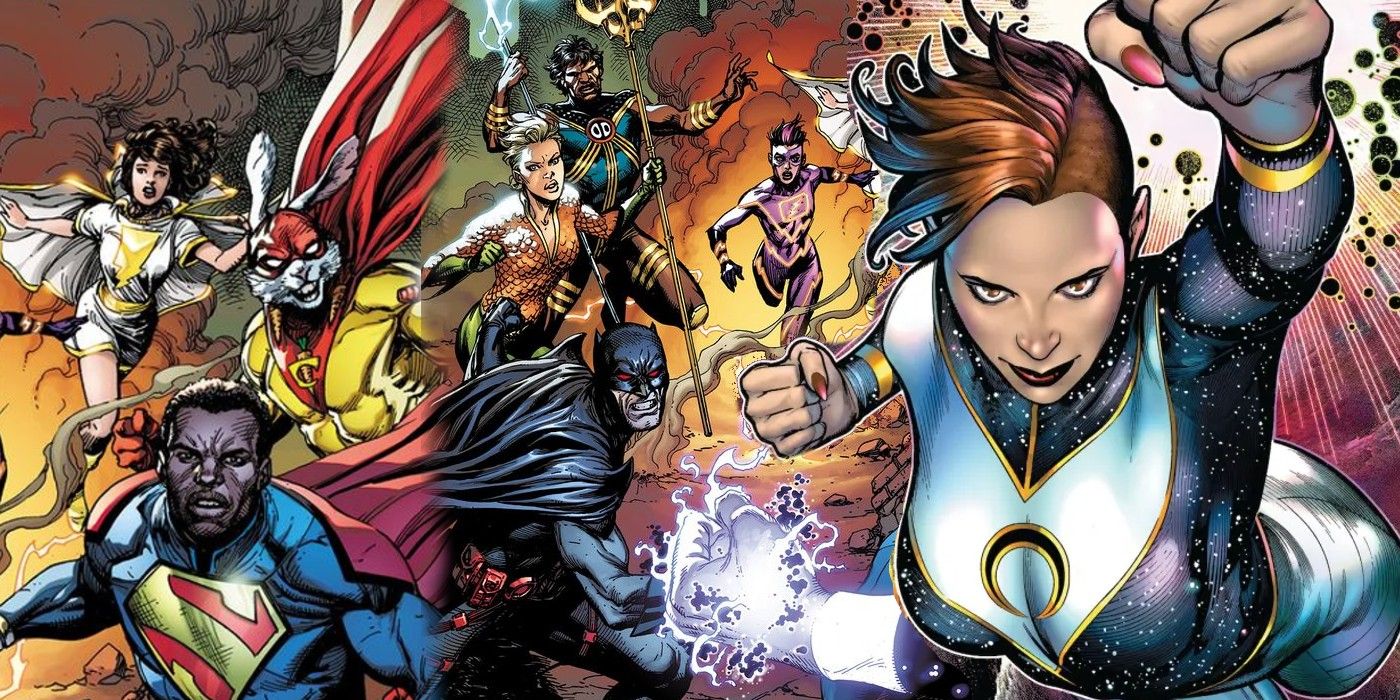 The first issue of DC Comics’ Justice League Incarnate was just released (from Dennis Culver, Joshua Williamson, Brandon Peterson, and Andrei Bressan) and brings this multiverse team back to the forefront of Infinite Frontier. They were a key part of the era’s kick-off and now they are starring in their own series to take on Darkseid. With them playing such a large role against one of DC’s biggest villains, now is the time to get to know Justice League Incarnate.

The Justice League Incarnate roster includes some rather familiar heroes, as well as some fans may not know as well. They come from all over the multiverse and several were introduced within the last ten years. The team’s comprised of Aquawoman (Ariel Curry), Batman (Thomas Wayne), Captain Carrot (Rodney Rabbit), Dino-Cop (Rex Stegman), Doctor Multiverse (Dr. Maya Chamara), the Flash (Avery Ho), Mary Marvel (Mary Batson), President Superman (Calvin Ellis), and Thunderer. Here’s a closer look at the team!

Justice League Incarnate: Some Familiar Faces, Some Not 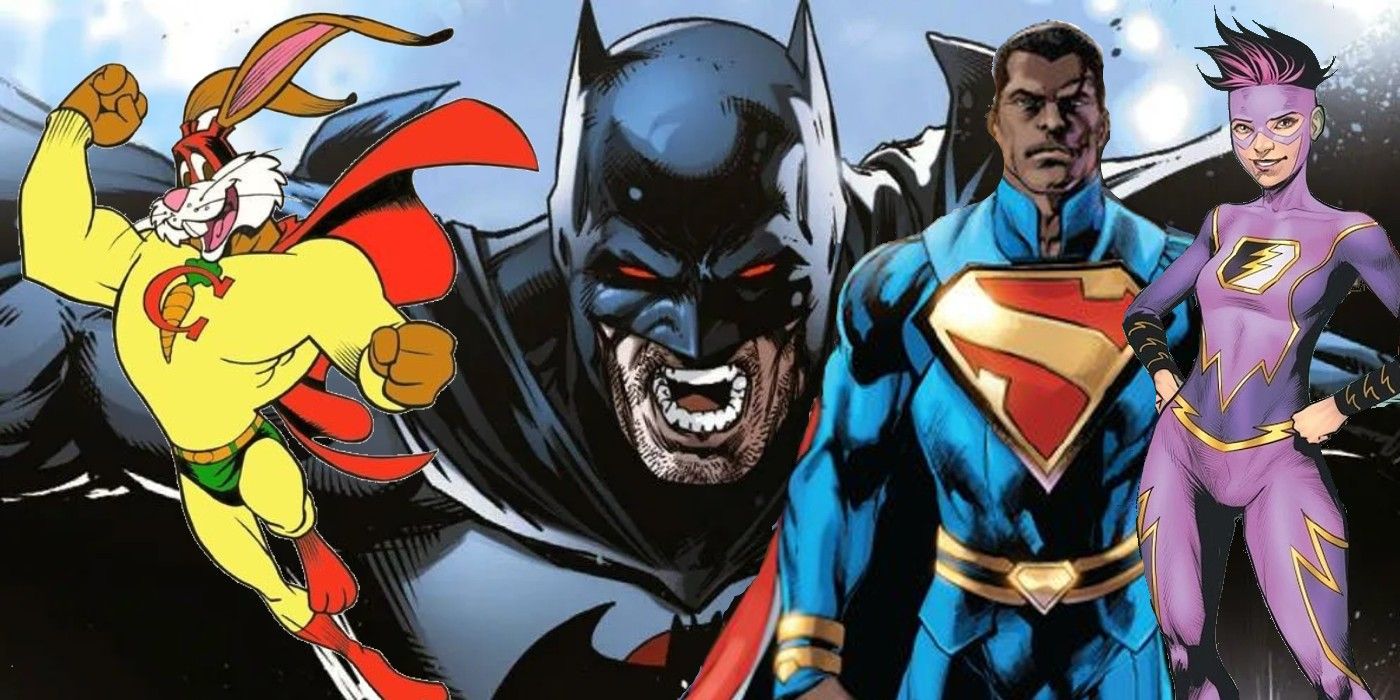 Several members of Justice League Incarnate are alternate versions of DC’s main heroes. Thomas Wayne is Batman in the Flashpoint timeline. Within that timeline, his son was killed and Martha Wayne became an alternate Joker. He was introduced in Flashpoint #1 in 2011, but his mantle’s easily one of the most recognizable thanks to Batman’s success. Similarly, Calvin Ellis is the Superman of Earth-23. He’s the president of his Earth and is often referred to as President Superman among fans. He first appeared in Final Crisis #7 in 2009, but thanks to the Man of Steel he’s also an easy character to remember and identify.

Contrarily, Avery Ho may not be. Nonetheless, she still bears the mantle of another main member of DC’s Justice League: the Flash. Avery Ho is a speedster who was introduced in The Flash #3 in 2016. She is from Prime Earth, but has served as China’s Flash as part of the Justice League of China. She gained her powers during the Speed Force storm in Central City and became part of the Flash Family. She eventually relocated, joining the Justice League of China in 2016.

While Captain Carrot may not have the same recognition as the other alternate DC heroes, he was introduced in 1982. He first appeared in New Teen Titans #16. The hero even starred in a couple of his own miniseries with his team: the Zoo Crew. He’s been around the block a few times and was involved in Final Crisis. This hero is from Earth-26 and his powers include flight, super strength, and super durability. Captain Carrot can channel cartoon physics to prevent fatal consequences from happening to him. 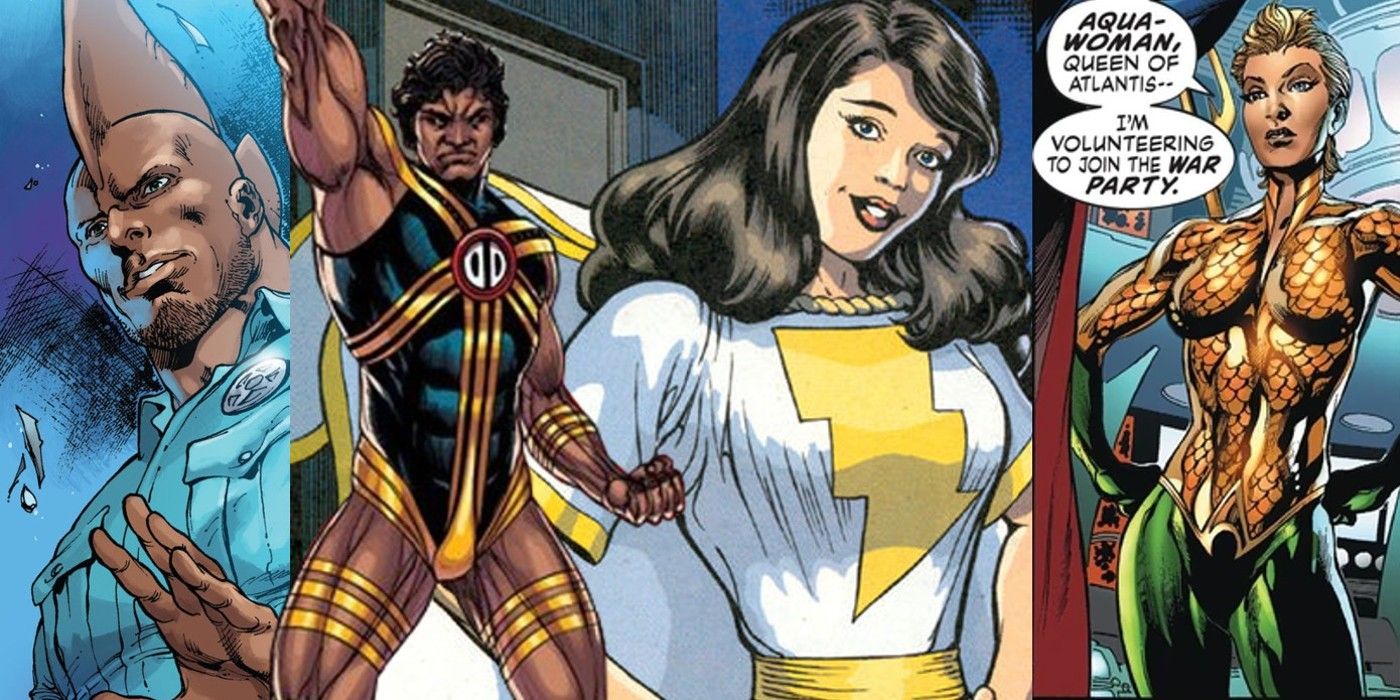 Two additional members wear the mantles of other recognizable DC heroes. Mary Batson goes by the codename of Mary Marvel. She’s from Earth-5 and is the twin sister of Billy Batson, otherwise known as Shazam! She has the ability to fly, has super strength, and when she calls Shazam’s name, she transforms into her super self and summons lightning. She was first introduced in The Multiversity: Thunderworld Adventures #1 in 2014. This is a commonality she shares with many of her teammates. Thunderer, Aquawoman, and Dino-Cop were all introduced in The Multiversity #1 in 2014. This Mary is NOT the same as Mary Bromfield on Prime Earth, who is the adoptive sister of Prime Earth’s Billy Batson going by the name of Lady Shazam.

Aquawoman is the gender-swapped counterpart of Aquaman. Ariel Curry hails from Earth-11. She shares the same backstory as Aquaman, being the daughter of a lighthouse keeper. She also shares the same powers. It should be noted that this Aquawoman is NOT the same as Andrina Curry. Andrina, or “Andy,” is the daughter of Aquaman on Prime Earth and was Aquaman in DC’s Future State event. Unlike Aquawoman and Mary Marvel, Thunderer and Dino-Cop do not hold mantles similar to DC’s biggest heroes. Dino-Cop is from Earth-41. He was struck by a cosmic beam, causing him to become half-man and half-dinosaur. Before his transformation, he was a cop and afterwards, he still remained a cop in Midway City. He has been splitting his time between Earth-41 and the House of Heroes since his appearance in The Multiversity. He also has super strength, equal to that of a dinosaur.

Thunderer was the last survivor of Earth-7. During The Multiversity #1, he provided warning about the Gentry—a group of villains who exist outside of the multiverse and were major antagonists in the series. Thunderer was a weather god and part of the culture of the Mowanjum people. Now, he lives at the Hall of Heroes where he operates as a member of Justice League Incarnate, watching for Multiversal threats. He fights with a thunder-axe and a thunder-lance, which channel his lightning and thunder abilities into powerful attacks. Like many of his fellow Justice League Incarnate teammates he has super strength and durability. He can also affect the weather. While he and many of these Multiversity heroes have not had many appearances yet, they are meant to be one of the multiverse’s greatest defenses. 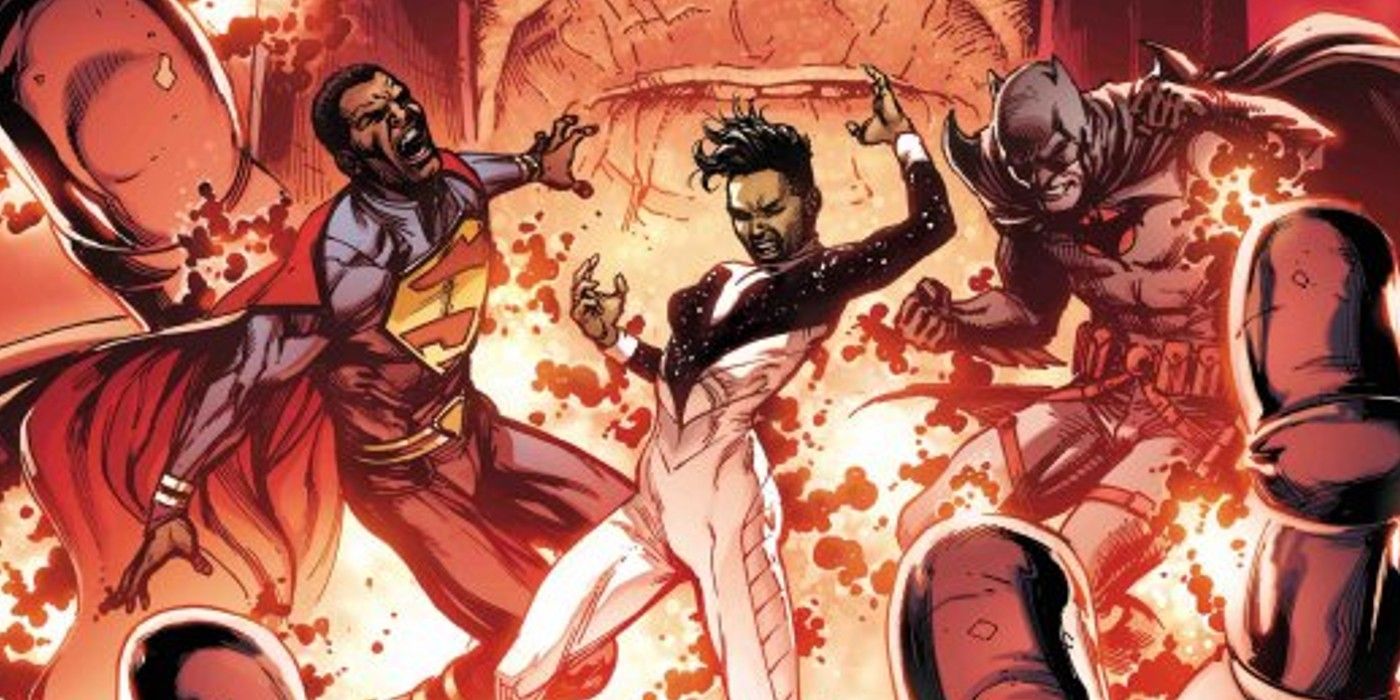 In addition to bringing together all the heroes above, DC has also introduced one more hero: Doctor Multiverse. According to DC, she is an astronaut and during Darkseid’s Infinite Frontier attack resulting in the cracking of the Multiverse, cosmic energy granted her metahuman abilities. She has “multivision,” the ability to fly, and super durability. She can cosmically track people and objects she has interacted with, then teleport to them.

Doctor Multiverse’s abilities are still being revealed, making this a fun jump-on point for anyone looking for a new hero to read about. Her first appearance is the debut issue of Justice League Incarnate. Darkseid is causing lots of trouble in DC Comics’ universe and the heroes of Prime Earth have had their hands full with other threats. Justice League Incarnate is the multiverse’s best hope, as each member knows the weight of their fight. They have each witnessed the effects of multiverse attacks and changes.