Why Clubber Lang Was Rockys Worst Enemy (Not Drago)

Why Clubber Lang Was Rocky’s Worst Enemy (Not Drago)

Clubber Lang changed the course of the Rocky movies as the saga’s first irredeemable supervillain who humiliated Balboa like no one ever had before.

You Are Reading :Why Clubber Lang Was Rockys Worst Enemy (Not Drago) 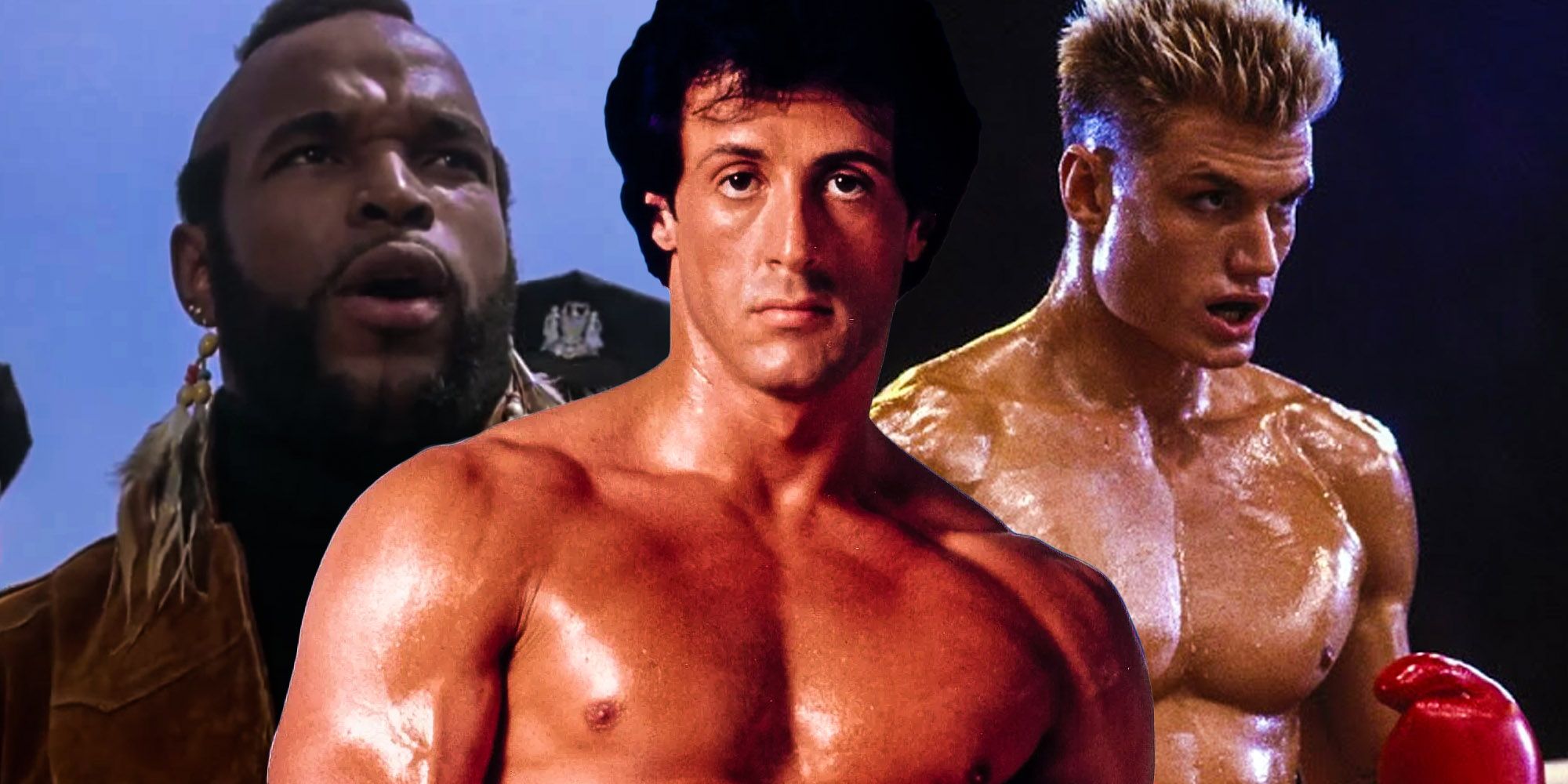 In all of the Rocky films, Rocky Balboa’s (Sylvester Stallone) greatest enemy was Clubber Lang (Mr. T), not Ivan Drago (Dolph Lundgren). Clubber appeared in only one film, 1982’s Rocky III, but “The Southside Slugger” completely redefined what it means to be Rocky’s antagonist with his unforgettable performance. Clubber was the first true Rocky supervillain, and he humiliated Balboa in a way no one ever had before or since.

Many fans tend to point to Ivan Drago as Rocky’s toughest opponent, and the Russian nightmare earned his status by killing Apollo Creed (Carl Weathers) in the ring in Rocky IV. But while it took a superhuman effort to beat Drago, Rocky still did it, and he taught Adonis Creed (Michael B. Jordan) how to defeat Ivan’s son Viktor Drago (Florian Munteanu). Yet it’s hard to deny that Drago walked the path as a Rocky supervillain that Clubber Lang trailblazed. Stronger and meaner than Rocky, relentlessly violent, and gleefully spouting quotably cruel dialogue, Lang epitomized how Rocky III revamped the franchise for the 1980s. Rocky II continued the tone and style of the Academy Award-winning Rocky. Still, Stallone, who masterminded the films and starred as Balboa, created Clubber to adrenalize Rocky III to fit the flashy and aggressive new decade.

In Rocky III, Balboa was riding high for three years and ten successful title defenses. Meanwhile, Clubber seethed as he was demolishing opponents to earn the number one contender ranking, but Rocky’s manager, Mickey Goldmill (Burgess Meredith), ensured Lang didn’t get a shot to protect Rocky. Clubber took matters into his own hands, and he embarrassed Balboa at his public retirement speech, goading him into the fight Mickey never wanted. Shockingly, Clubber sexually harassed Rocky’s wife, Adrian (Talia Shire), crossing a line no one ever had before. Before the first Balboa vs. Lang fight, Clubber provoked a backstage brawl that worsened the elderly Mickey’s heart condition. Rocky, who was already physically unprepared to face Clubber, was distracted by Mickey dying in the locker room. Clubber showed no mercy; he pummelled Rocky with utter brutality and knocked Balboa out in the second round. The mohawked bruiser not only took Rocky’s title but also stripped him of his pride and manhood. 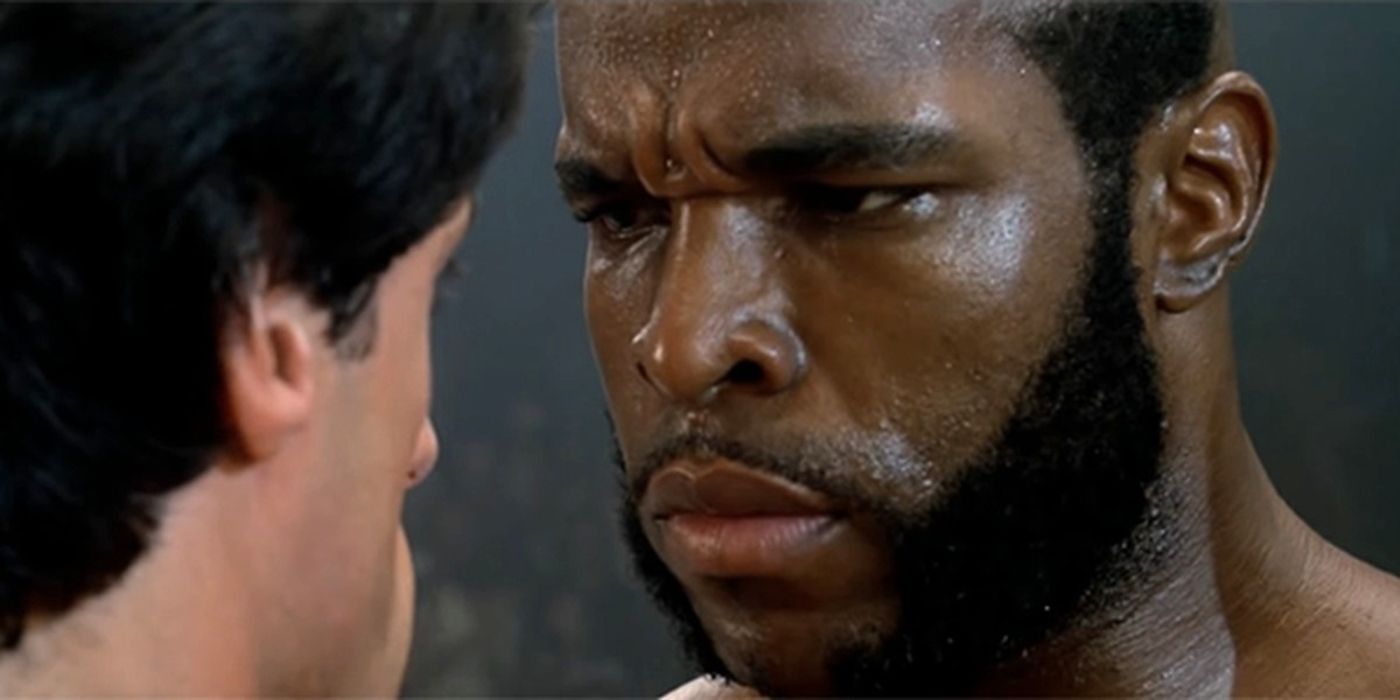 The beating Clubber gave Rocky left Balboa a shell of himself and afraid for the first time in his life. But Clubber wasn’t satisfied with becoming the champion, and he still relentlessly mocked Balboa when he asked for his rematch. Clubber had every right to be confident because he destroyed Balboa in a way even Apollo never could. By contrast, Creed was a proud and arrogant champion, but he wasn’t a “bad guy.” Though Apollo was willing to play the heel in order to goad Balboa into a rematch, he respected Rocky and even took it upon himself to train his former nemesis to face Clubber in their rematch. In Rocky III, Apollo was steadfastly on Team Rocky while Clubber hated them both.

To defeat Clubber, Rocky needed Apollo’s help to completely revamp his fighting style while Adrian helped him deal with his fears. Rocky III was a watershed moment for Balboa because the beating he took from Clubber forced him to become a better fighter in every way. Lang was the dragon that Rocky had to slay to live with himself as a fighter and as a man, and if Balboa didn’t find a way to solve Clubber, he could never have beaten Drago years later.

While Apollo became Rocky’s best friend and Drago was humanized as a loving father in Creed II, Clubber was never redeemed, even after Rocky demolished him in their rematch and regained the championship. This only enhanced Clubber’s legend as the ultimate Rocky supervillain. Clubber was meant to appear in 2006’s Rocky Balboa as a born-again Christian, but it’s best that cameo fell through. As a result, Clubber Lang is immortalized as the purest supervillain Balboa ever faced, and the mohawked ex-champion changed the course of the Rocky films forever.