Why DC Movies & Shows Keep Failing Batgirl (& How To Fix It)

Why DC Movies & Shows Keep Failing Batgirl (& How To Fix It)

DC movies and TV shows have some problems with how they adapt anyone who calls themself Batgirl, but it’s not impossible for them to be fixed.

You Are Reading :Why DC Movies & Shows Keep Failing Batgirl (& How To Fix It) 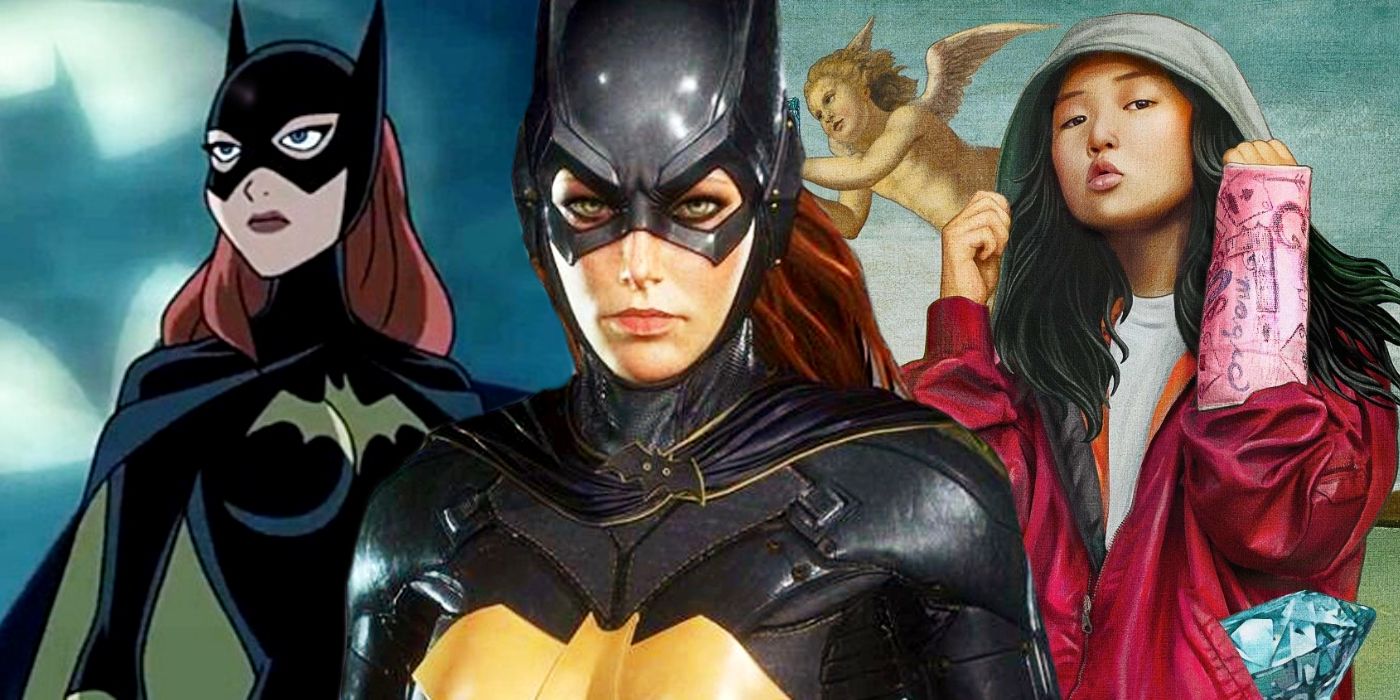 Batgirl of DC Comics, whether it’s the original Barbara Gordon or her successor Cassandra Cain, has had a problem with how movies and TV shows adapt her, and something should be done about that. Batgirl has been a staple of both the Batman franchise and DC Comics, as a whole, for decades, and the past several years have seen awareness of the various characters to bear the mantle expanded into the general public through various movies and TV shows. Unfortunately, many of those takes on the various Batgirls haven’t done the best job of capturing who they’re supposed to be, but fixing that would hardly be an insurmountable task.

The mantle of Batgirl is mostly associated with two characters: Barbara Gordon, daughter of Gotham City Police commissioner Jim Gordon, and her successor Cassandra Cain, a mute former assassin wishing to turn her life around. As the one to be first fully realized Batgirl, Barbara has long since been a mainstay of the Batman franchise, and after officially passing the role on to Cassandra, the figure quickly became a fan-favorite among comic readers. As a means of capitalizing on their popularity, the two have been featured in various movies and TV shows over the years, Barbara more often than Cassandra. While the quality of them has varied, most of those projects with DC Comics’ Batgirl have had varying degrees of success.

Despite the success of some of the DC TV shows and movies, it’s very often that the Batgirl featured in those projects aren’t proper representations of the character. Whenever Barbara or Cassandra appears in a movie or TV show, their various depictions are a passable facsimile at best and someone who’s a huge departure from the original character at worst. Adaptations will often change things about the story they’re adapting, including the characters featured in them, and that’s not inherently a bad thing because an adaptation doesn’t have to be a one-to-one perfect depiction of its source material to be good. Many of the works to feature some version of DC Comics’ Batgirl have still been otherwise good, but it’s still odd that two important and popular characters would so often be on the receiving end of bad adaptations.

How & Why DC Movies & Shows Have Failed Cassandra Cain 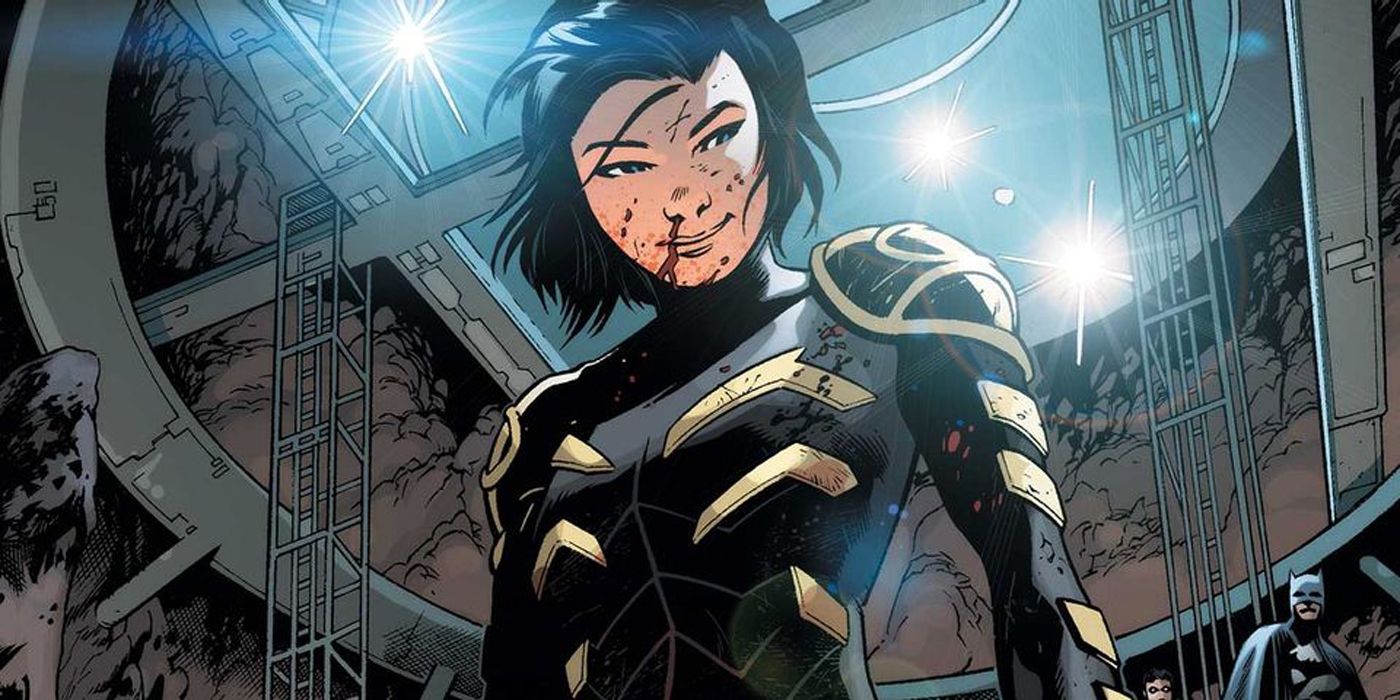 Cassandra Cain, the second person to wear the mantle of Batgirl, has had very little exposure over the years, even in the comics. Cassandra was a fan-favorite among readers almost immediately following her debut in Batman: No Man’s Land, which then led to her own solo series in 2000, the very first one to star a Batgirl, that was also met with critical acclaim. After her initial solo ended, however, her appearances in the comics became increasingly sparse. They often had baffling things being done with her, like when she inexplicably became evil thanks to being drugged by DC villain Deathstroke. Cassandra’s been a mostly regular fixture of the comics since then, however. In tandem with that, the past few years have finally seen Cassandra being shown in things outside of comics, thus allowing for general audiences to familiarize themselves with the character.

Sadly, nothing that Cassandra has been in outside of the comics has served as a good representation of her in the slightest. The first major appearance of Cassandra outside of the comics was in the DC Extended Universe film Birds of Prey. Cassandra, played by Ella Jay Basco, went from being a mute and reserved girl who was raised to be the world’s greatest martial artist through horrific training from infancy to an outgoing, trouble-making smartmouth with no fighting experience whatsoever.

The only title that has actually tried to stay true to Cassandra was Young Justice, and it still ended up dropping the ball. Cassandra was introduced in season 3 of the show, Young Justice: Outsiders, under the moniker of Orphan, the name she used in the comics for several years following her reintroduction in The New 52. It wouldn’t be until season 4’s Young Justice: Phantoms that Cassandra would have a substantial role to play, which included having her backstory detailed. The key details were kept the same, with Cassandra being trained as an assassin from birth to be molded into the ultimate weapon, only to give up on that life after learning how terrible killing someone actually is, but the finer aspects of her backstory were changed.

For starters, the one who trained Cassandra in the comics, i.e., her primary abuser, was her father, David Cain, but not only is David completely absent from the show, his role and motivations were transferred over to Cassandra’s mother, Lady Shiva. It was a far departure from the comics where Cassandra Cain and Lady Shiva have something of an amicable relationship. Then there was how Cassandra leaves the life of an assassin not because she killed someone but because she accidentally crippled Barbara when she got in the way of her killing the Joker. Young Justice: Phantoms also messed with Barbara’s character by making her come off as stupidly idealistic since she let it happen because she wanted to “save” Cassandra. Add in how her facial expressions convey very few emotions other than anger and sadness and nothing being done with her friendship with Stephanie Brown, another major cornerstone of her character, and it becomes yet another faulty adaptation of Cassandra Cain.

Barbara Gordon Has Also Been Failed By DC Adaptations 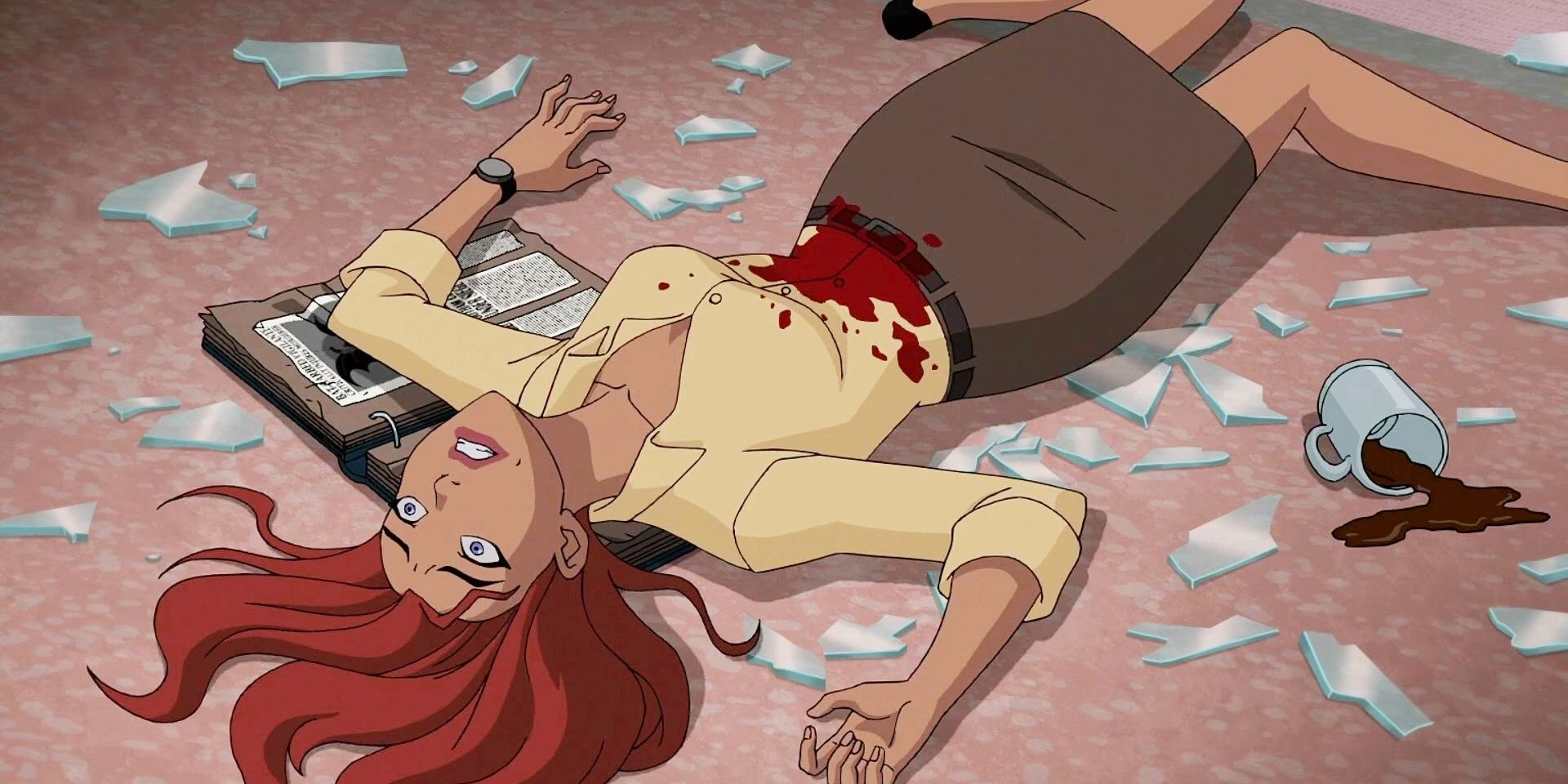 Compared to Cassandra Cain, Barbara Gordon has had a much better showing outside of the comics, a part of that likely stemming from being featured in far more stories. In 1967, she appeared on the 1960s Batman show starring Adam West. Twenty-five years later, modern audiences were reintroduced to the character in the critically-acclaimed cartoon Batman: The Animated Series, which led to an additional role for the character in Batman Beyond. From there, she had appearances in many shows such as The Batman, Young Justice, Titans, and Harley Quinn, all of which have been largely faithful to the character in regards to her being Batgirl, Oracle, or just Barbara Gordon. All in all, most of Barbara’s showings outside of the comics have been good to her.

See also  Ghostbusters Afterlife Sequel Is in the Works

That being said, there have still been some rather noteworthy instances of her character being handled poorly. Barbara’s first appearance in a film was in Joel Schumacher’s Batman & Robin. The film is still largely regarded as one of the worst superhero movies ever made, and Barbara’s part in it didn’t help. The film changed her from being Commissioner Gordon’s daughter to Alfred’s niece Barbara Wilson trying to free him from presumed slavery to Bruce and Dick, none of which is accurate to a character who normally holds the two in high regard. It’s telling that Batman ’89, a comic set in the continuity of the Tim Burton films, completely rewrote Barbara’s character to be more in line with her normal characterization. There’s also how the DC Animated Movie Universe’s Batman: Bad Blood teased Barbara’s introduction into the franchise as Batgirl, only for her to not show up again until Justice League Dark: Apokolips War, where she was one of the many heroes brutally murdered by Darkseid’s forces.

Barbara’s worst venture outside of the comics, though, undoubtedly comes from Batman: The Killing Joke. An animated adaptation of the comic of the same name, the movie included a thirty-minute prologue to the original story that was meant to flesh out Barbara’s character. The comic, while held in high regard, has been criticized for how Barbara’s crippling and humiliation by the Joker, which included being stripped naked and photographed, was done largely in service of motivating Batman to go after him. That prologue had the exact opposite effect. However, not only was Barbara depicted as whiny and impulsive, but The Killing Joke also added in a subplot about her being in love with Batman that eventually led to an incredibly awkward sex scene that is never truly resolved. It was a very ironic situation for a character that was created partially to replace someone who was perceived as nothing but a poorly-written love interest for a member of the Batfamily. 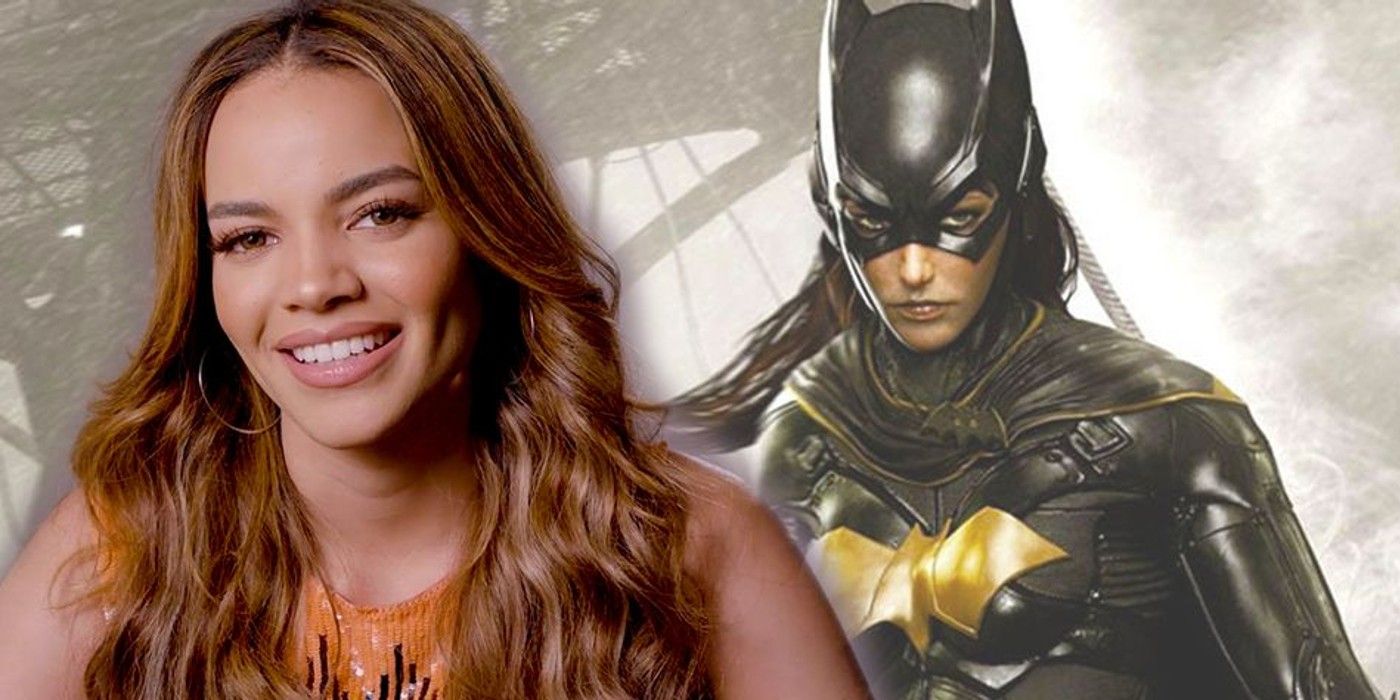 Neither Batgirl has had the best showing outside of the comics, but their problems can be fixed. For Barbara Gordon, considering the largely good track record she’s had, what needs to be done is having her relationship with Commissioner Gordon kept intact. If there ever is an intention to give her a romantic subplot, it shouldn’t overtake the character, merely existing as something extra for her to work with. Also, it shouldn’t come with any sort of unfortunate implications attached.

For Cassandra’s version of Batgirl, there needs to be an attempt to keep her original story the same, with any changes that would be made not being ones that would ruin what people liked about her. She needs to maintain her friendship with Stephanie Brown. While her stoicism is a big part of her character, it should be remembered that she’s plenty capable of having other emotions, even if she doesn’t always have the means of expressing them. Barbara Gordon will be played by Leslie Grace in her own movie, so that’s a clear chance to see what will be done with her, but there’s no knowing when Cassandra Cain will be in a new project; with any luck, though, she’ll also get her due.