Luke Skywalker has a slightly different lightsaber combat style in The Mandalorian to Return of the Jedi, a decision taken to show his Jedi growth.

You Are Reading :Why Luke Skywalker’s Lightsaber Fighting Style Changed From ROTJ To Mandalorian 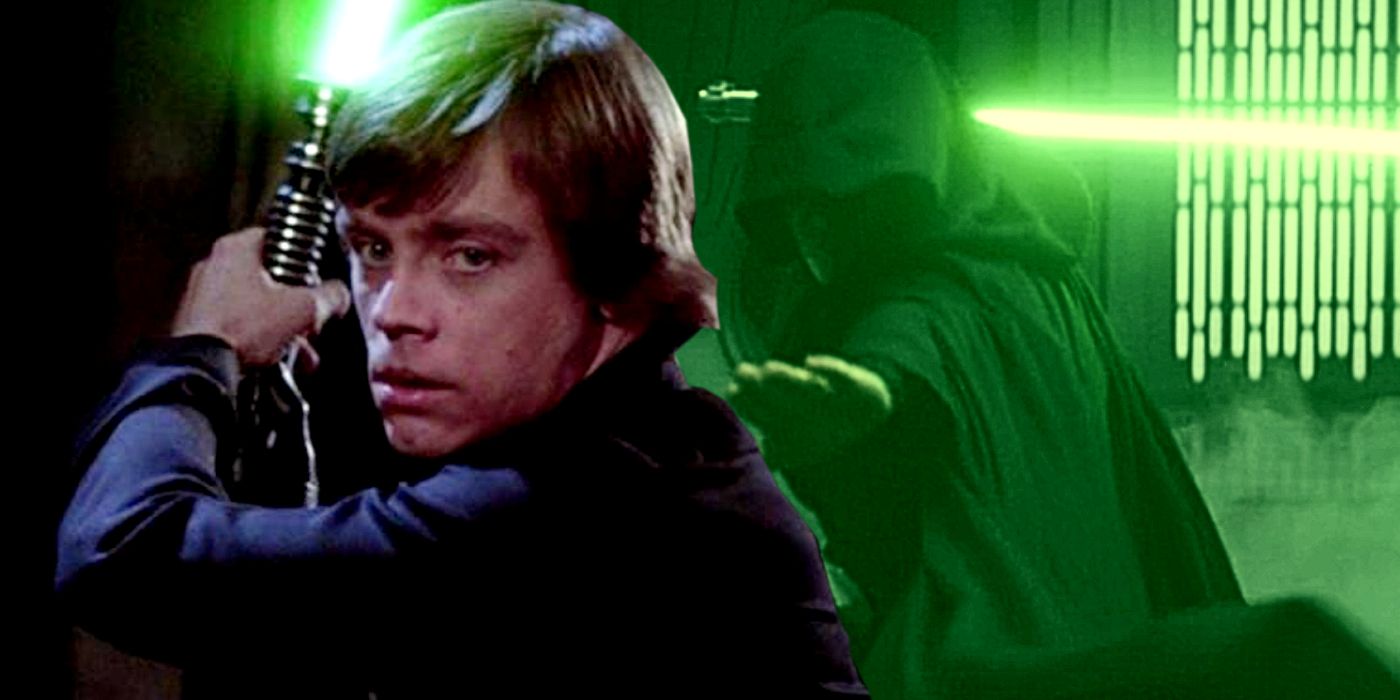 Luke Skywalker’s lightsaber skills in The Mandalorian were not only advanced from Return of the Jedi, but also showcased a different style and form. From the moment Obi-Wan Kenobi started training him, it was clear that Luke possessed an innate connection to the Force. While very unrefined and at a disadvantage due to starting his training at a much older age than most Padawans, Luke became one of the most powerful Jedi to have ever lived. Part of that was thanks to being the son of the Chosen One and his special link to the Force, with an array of powers displayed in both canon and Legends, but it was also his skill with a lightsaber.

Luke’s lightsaber skills progressed considerably over the course of the original Star Wars trilogy, even though he received very little in the way of formal training, with both Obi-Wan and Yoda teaching him more to understand the Force and trust his instincts. Still, his abilities grew to the point where he could hold his own against and then even defeat Darth Vader, but he’s even more impressive in The Mandalorian. There, he cuts through an army of Dark Troopers like they’re nothing, and it’s interesting to note that not only has his prowess developed, but so too has his style.

In the original trilogy, because Luke never had much in the way of combat training, then his combat style doesn’t completely fit one of the seven recognized lightsaber forms. He fights on instinct and, on occasion, with anger, using strong offensive blows against Vader. His style was somewhat reminiscent of Form V, Djem So, which was the same used by his father, favoring blocks and parries with big counterattacking swings. In The Mandalorian, Luke’s style has progressed considerably; while he’s fighting against droids rather than another lightsaber, he has a much greater level of control over how he fights and uses his lightsaber, adding some of the refinement that was previously missing. It’s more clearly a proper lightsaber combat form, with stronger elements of Djem So incorporated, and having Luke’s style change from Return of the Jedi was a conscious decision. In Disney Gallery: Star Wars: The Mandalorian season 2, episode 2, “Making of Season 2 Finale,” executive producer Dave Filoni says:

“It would be very easy to just make him so over the top skilled, but I was like ‘you know what’s interesting is, he’s had training, but I don’t know who’s been teaching him sword fight training lately.’ So he had to have a style that was better than what we saw in Jedi, but fundamentally still of the same tree of sword fighting technique. And his technique and Ahsoka’s technique should be very different, technically she’s had vastly more training than he ever has. She’s actually his senior, which I think is difficult for people to remember because of when these characters were created. So a lot of consideration given to every detail.” 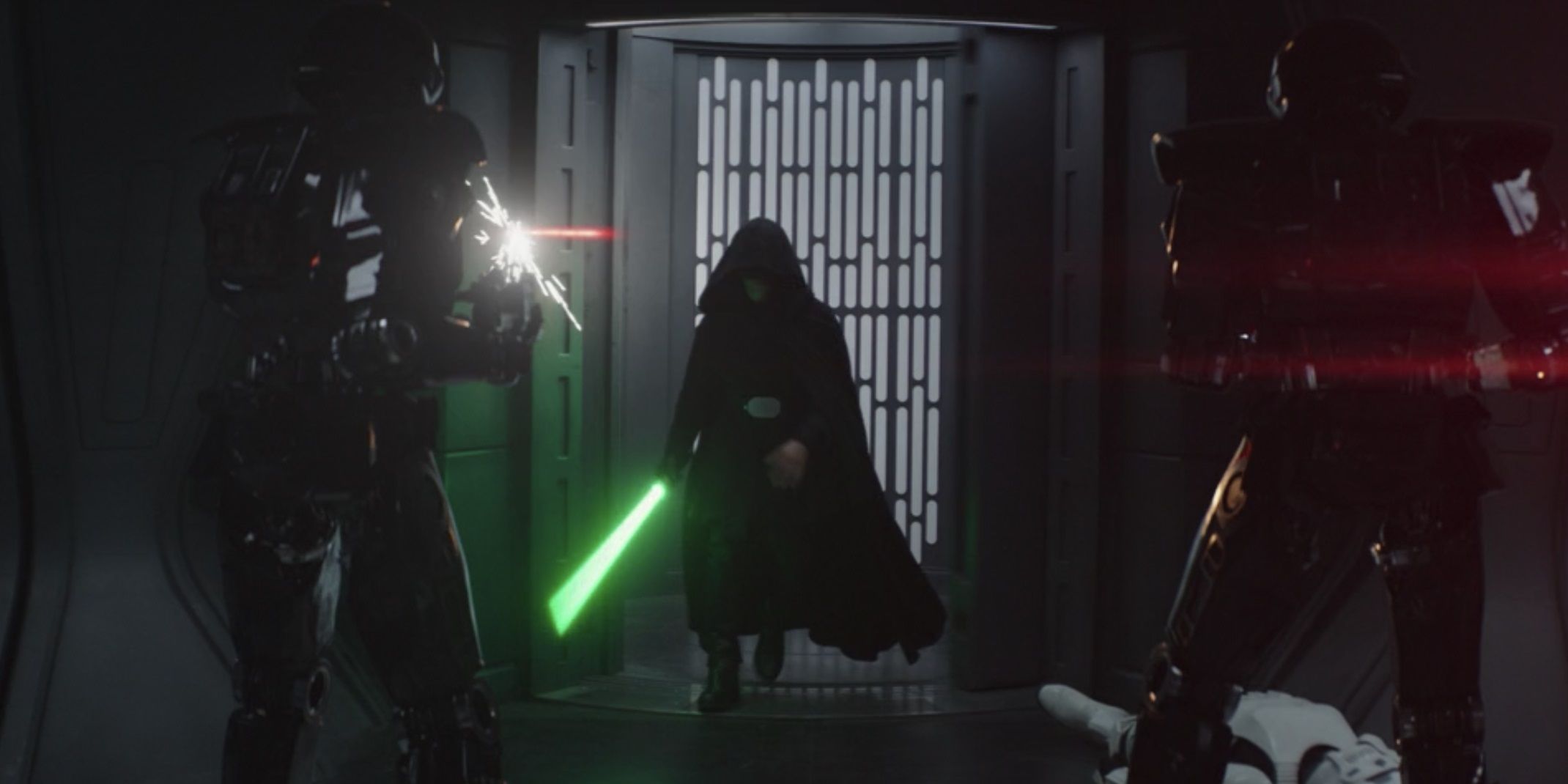 Luke’s form in The Mandalorian is much better than it was in Return of the Jedi, which also fits with his greater Force powers. The original trilogy was about him becoming a Jedi, but The Mandalorian’s timeline means there’s a chance to see him closer to his peak power levels. His lightsaber style isn’t completely Form V, though, but instead something of a blend. There are certainly still clear signs in that of how he strikes the Dark Troopers, which makes sense since he’s Anakin Skywalker’s son and it is a scene designed to echo Vader’s hallway fight in Rogue One: A Star Wars Story. At the same time, there are aspects of Form VI, Niman, in Luke’s battle with the droids. Although more commonly used by those with double-bladed lightsabers, a core aspect is how it blends lightsaber combat with Force powers, and the way Luke pulls, pushes, and crushes the droids in such a controlled way suggests he is using part of this Form.

See also  Batmans Son is Training with His Nemesis

Whether or not Luke did receive more formal lightsaber training after Return of the Jedi remains to be seen, but him having a composite of different forms would fit with him continuing his own development and finding a more natural style than fitting one specific style. There is no longer a Jedi Order in the true sense that could pass on these teachings, so it makes more sense for him to find his own way. That said, Filoni does raise the possibility of one teacher: Ahsoka Tano. Both are around at the same time, and while there’s nothing confirmed about them meeting, that could be something The Mandalorian is building towards. Ahsoka was trained by Anakin, of course, so has elements of his style (though she uses the reverse-grip more commonly seen with Form V’s alternate strand, Shien, as well as having two lightsabers including a smaller shoto blade), and could have passed some of that on to Luke. That would be a huge story to see, but even if The Mandalorian doesn’t get there, it’s clear Luke’s style has developed greatly since Return of the Jedi.