The Titans season 3 finale forces Red Hood to take a long, hard look in the mirror. But why does he turn down the opportunity for vengeance?

You Are Reading :Why Red Hood Doesnt Fight [SPOILER] In Titans Season 3 Finale 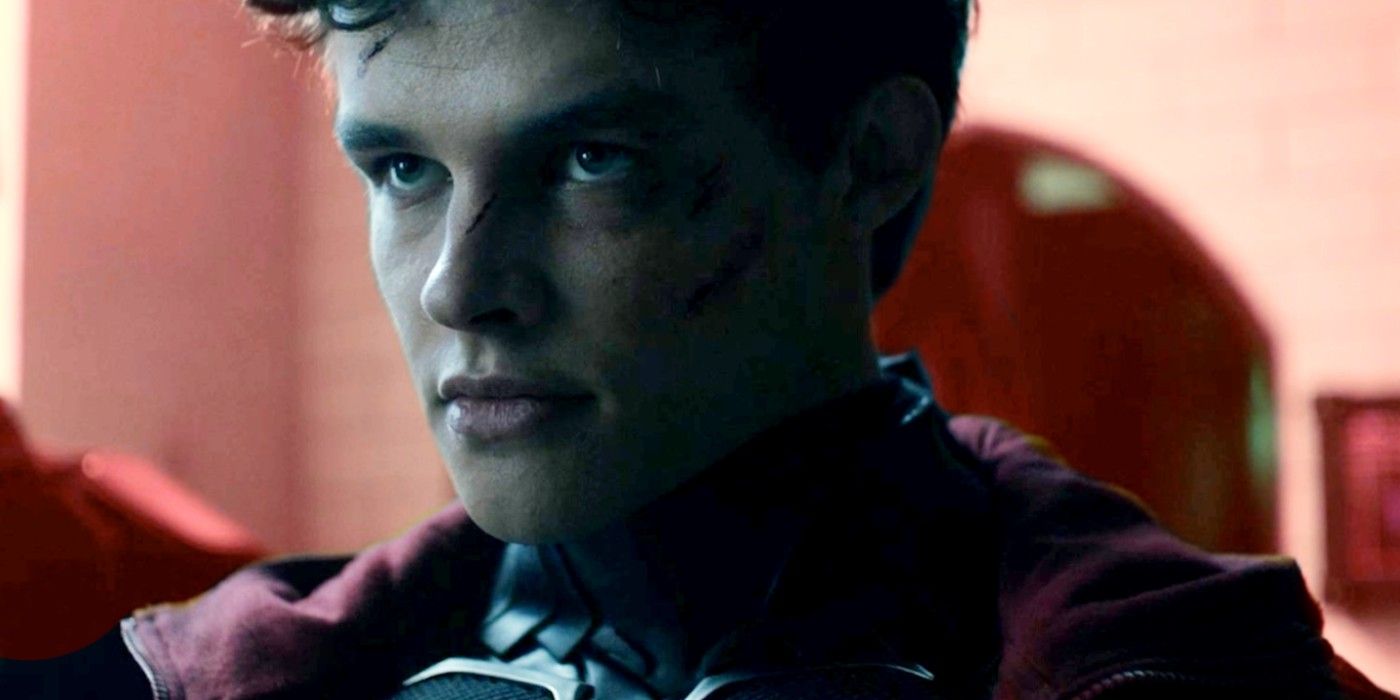 Red Hood makes a defining choice in the Titans season 3 finale, but why doesn’t he seize the opportunity to get revenge on Scarecrow? From the opening frames of Titans season 3, Jason Todd is an unhappy boy. Still reeling from a near-death experience against Deathstroke in season 2, Jason isn’t exactly getting the fatherly support he needs from Bruce Wayne. Foolishly, Jason seeks out Jonathan Crane in Arkham Asylum, who helps synthesize an anti-fear drug, but medicating only takes Robin 2.0 down a darker path – dying at the hands of Joker, a hellish resurrection in the Lazarus pit, and a Scarecrow-sponsored rebirth into the villainous Red Hood.

Jason commits despicable acts throughout Titans season 3, but always with Scarecrow whispering in his ear, promising Red Hood will eventually become Gotham City’s savior. Only when Crane begins plotting the slaughter of Gotham’s entire population does Jason begin to suspect he might have been duped. The Titans season 3 finale sees Red Hood embark on a long path toward redemption by helping Nightwing, Beast Boy and Tim Drake thwart Scarecrow’s explosive plan.

Jason Todd’s most important finale moment isn’t beating up Scarecrow’s goons, or even making amends with Batman. His salvation comes when victory has been assured, and Nightwing asks Red Hood to join him in arresting Scarecrow. This is a chance Jason would usually grab with both of his angry, undead hands. Not only has Scarecrow manipulated and abused Red Hood throughout Titans season 3, but everyone knows punching villains in the face is Jason Todd’s favorite hobby. He has every reason to despise Scarecrow – want the evil-doer dead, even – but Jason walks away, letting Nightwing and his new protégé do the honors instead. The reason? Because Red Hood is no longer able to perceive himself as a “superhero.” 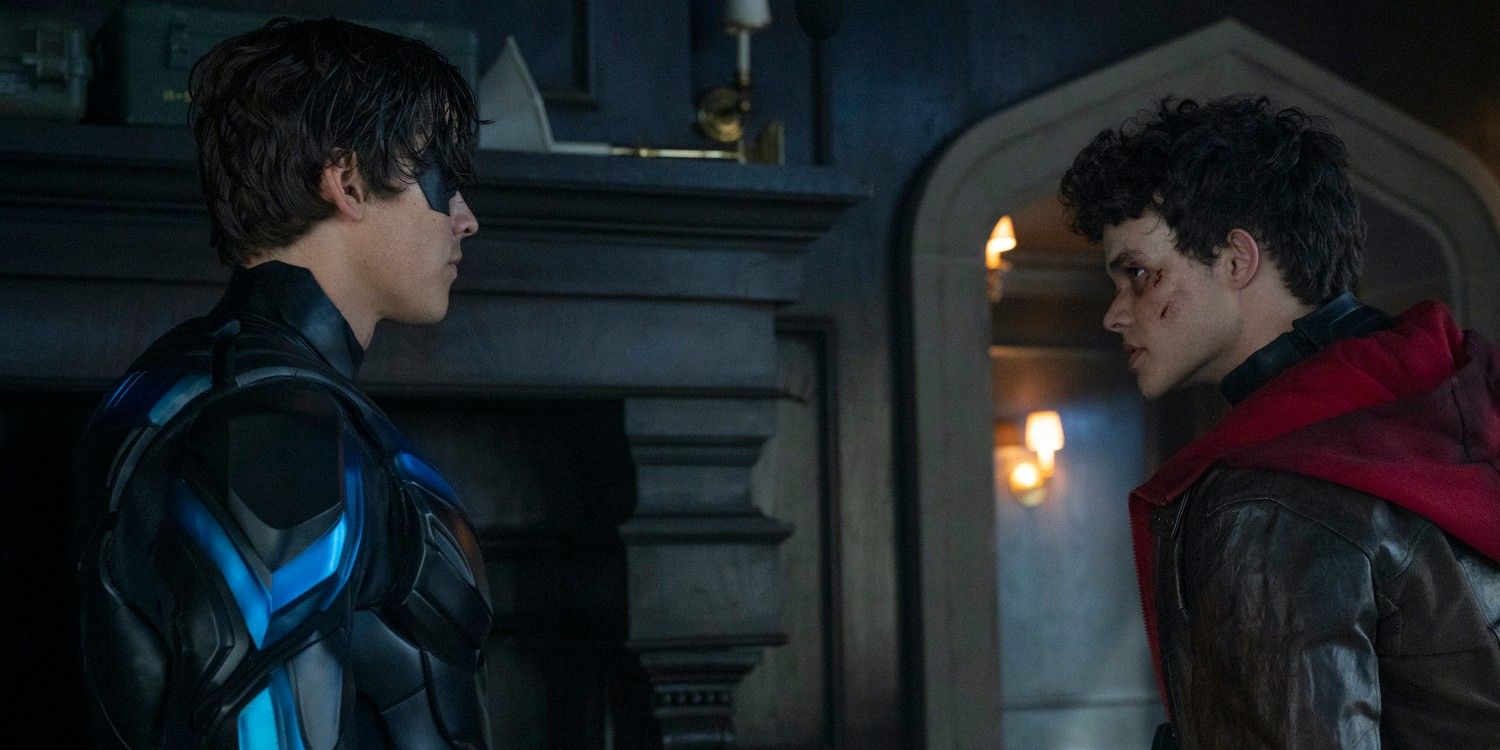 Throughout the final 2 episodes of Titans season 3, Jason Todd grapples with some uncomfortable home truths – Scarecrow was never his ally, he committed horrific acts under the Red Hood moniker, his costume is way too similar to Deadpool’s. Coming to these realizations (the first two, at least) inspires Jason to redeem himself by helping the Titans… but that doesn’t mean the former Robin forgives himself. On several occasions, Jason questions whether he’s “back with the Titans,” only for Dick to immediately shut that notion down, leaving little doubt that Red Hood is not one of them. When Jason refuses to take revenge on Scarecrow, he’s acknowledging that his days of heroism are over. Red Hood doesn’t get to hand over the bad guy, doesn’t get credit in the press, and doesn’t get to scream “Titans are back, bitches!” down a camera lens. Leaving Scarecrow to Nightwing, Jason insists, “I was never here…” and this represents Curran Walters’ character setting out his intentions for the future. He’ll fight the good fight in secret, from the shadows, and in his own way – but he’ll be an antihero, not a superhero.

Jason Todd’s decision brings his Titans character closer to the DC comic books. The original Red Hood is a violent vigilante whose methods Batman sometimes (indeed, often) disagrees with, but the resurrected Jason isn’t traditionally the brand of outright villain seen in Titans season 3. Moving forward, Titans’ Red Hood will be the brutal antihero DC fans are accustomed to, straddling a gray area between good and bad without ever committing to either. Though this decision is taken partly because Jason Todd feels ashamed of his actions, and no longer believes he deserves the life of a superhero, refusing to take revenge also demonstrates growth of character compared to the Jason of old, who would’ve welcomed an opportunity to peck apart Scarecrow. It’ll be fascinating to watch how far Jason’s Red Hood persona evolves as Titans season 4 looms.

See also  Fortnite How To Get SpiderMan’s WebShooters