Robert’s Rebellion may had ended before the events of Game of Thrones, but the Baratheon-Stark war against the Targaryens had huge consequences.

You Are Reading :Why Rhaegar Loved Lyanna & 9 Other Facts From Roberts Rebellion In Game Of Thrones 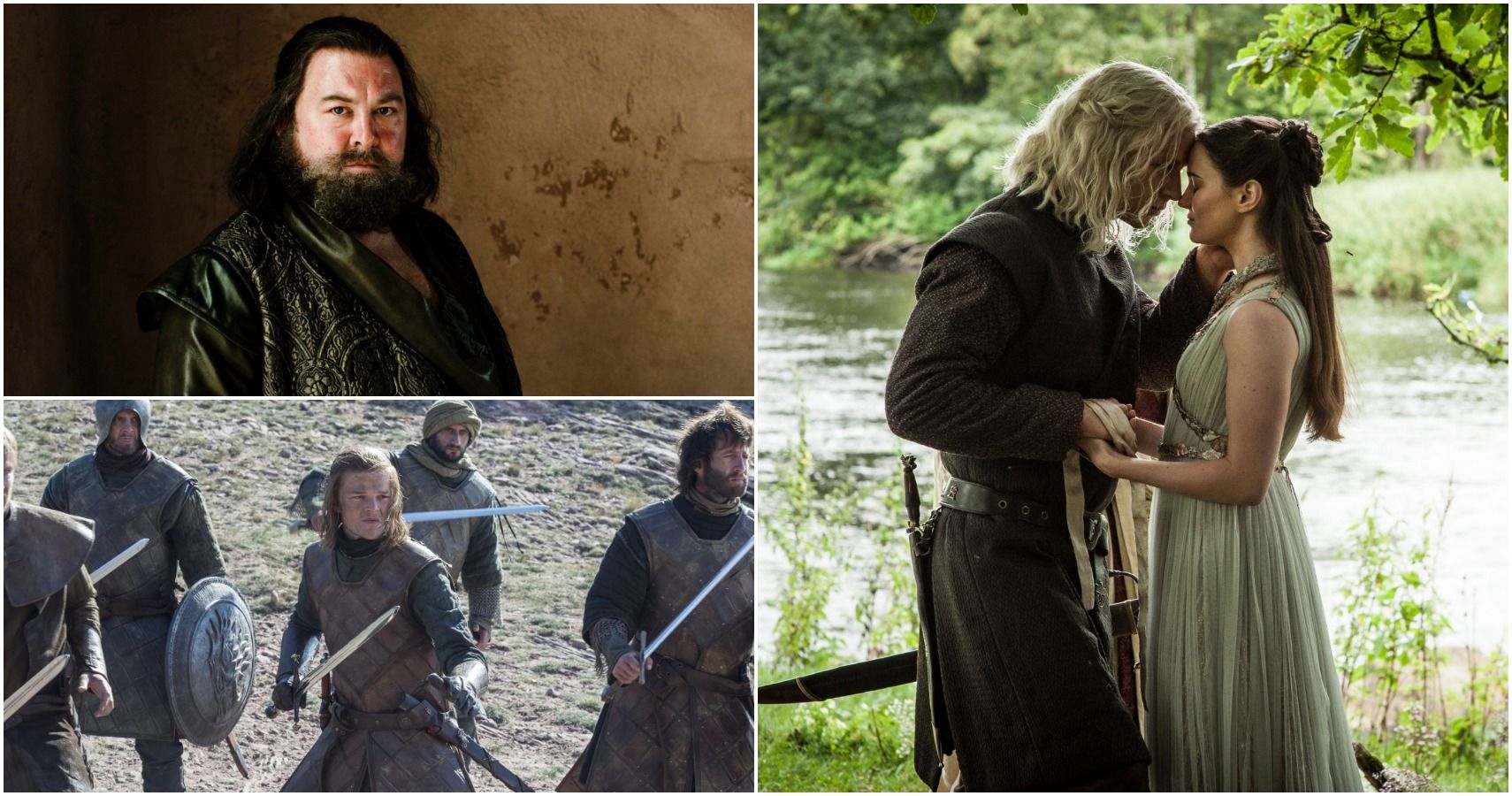 Years before the events of Game of Thrones, Westeros was rocked by a great war that toppled a dynasty and installed a new king on the Iron Throne. Robert’s Rebellion began with the kidnap of Lyanna Stark. Rhaegar Targaryen spirited the Northern lady away from her family and her betrothed Robert Baratheon, leading to a colossal battle between the last dragonlords and the Baratheon forces.

Rhaegar and Lyanna’s relationship was shrouded in mystery prior to season 7. Viewers learn that the young couple was in love and to spare themselves from Robert’s wrath, Lyanna remained at the Tower of Joy where she gave birth to Jon Snow. Lyanna’s abduction was instrumental in the rebellion — though there were additional contributing factors to Robert’s war with the Targaryens.

10 Rhaegar And Lyanna = Love Or Prophecy? 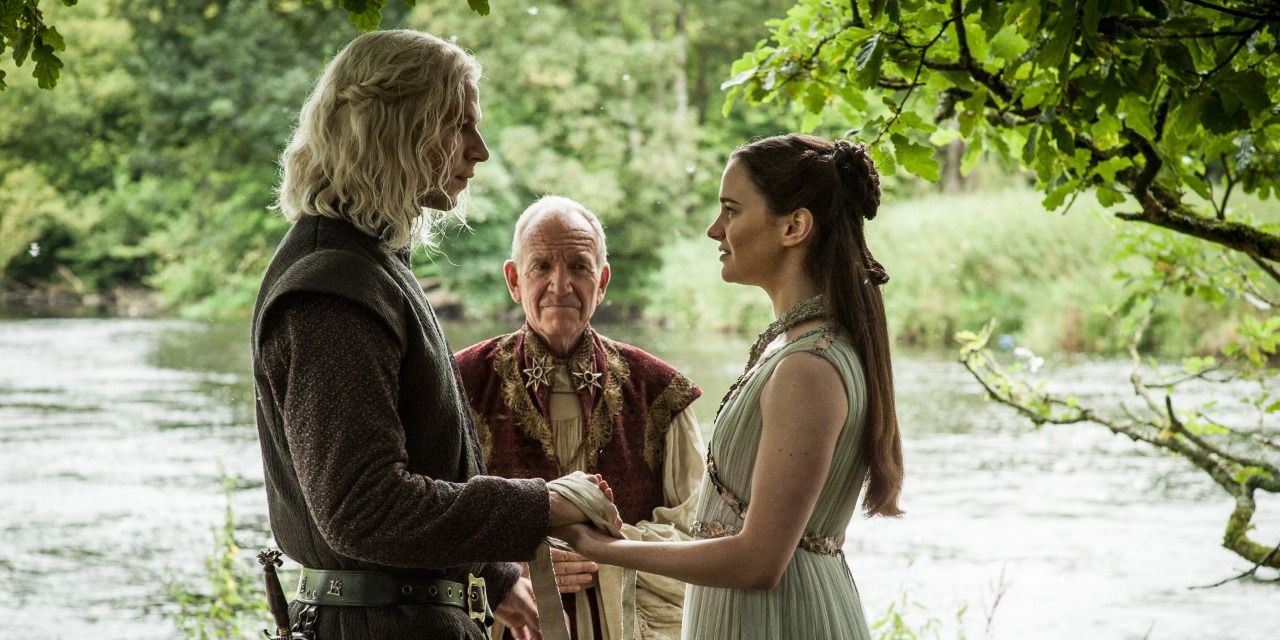 The later seasons of Game of Thrones cast new light on Rhaegar’s relationship with Lyanna. Bran Stark’s visions reveal that the couple loved each other. Lyanna married Rhaegar willingly and died giving birth to their son, Jon Snow, aka Aegon Targaryen, at the Tower of Joy.

The books don’t contradict this, though they offer more information regarding Rhaegar’s motivation. The prince was obsessed with prophecy and believed his children were destined to be the three heads of the dragon. His wife, Elia Martell, was unable to conceive again after the births of Rhaenys and Aegon, prompting Rhaegar to pursue Lyanna. 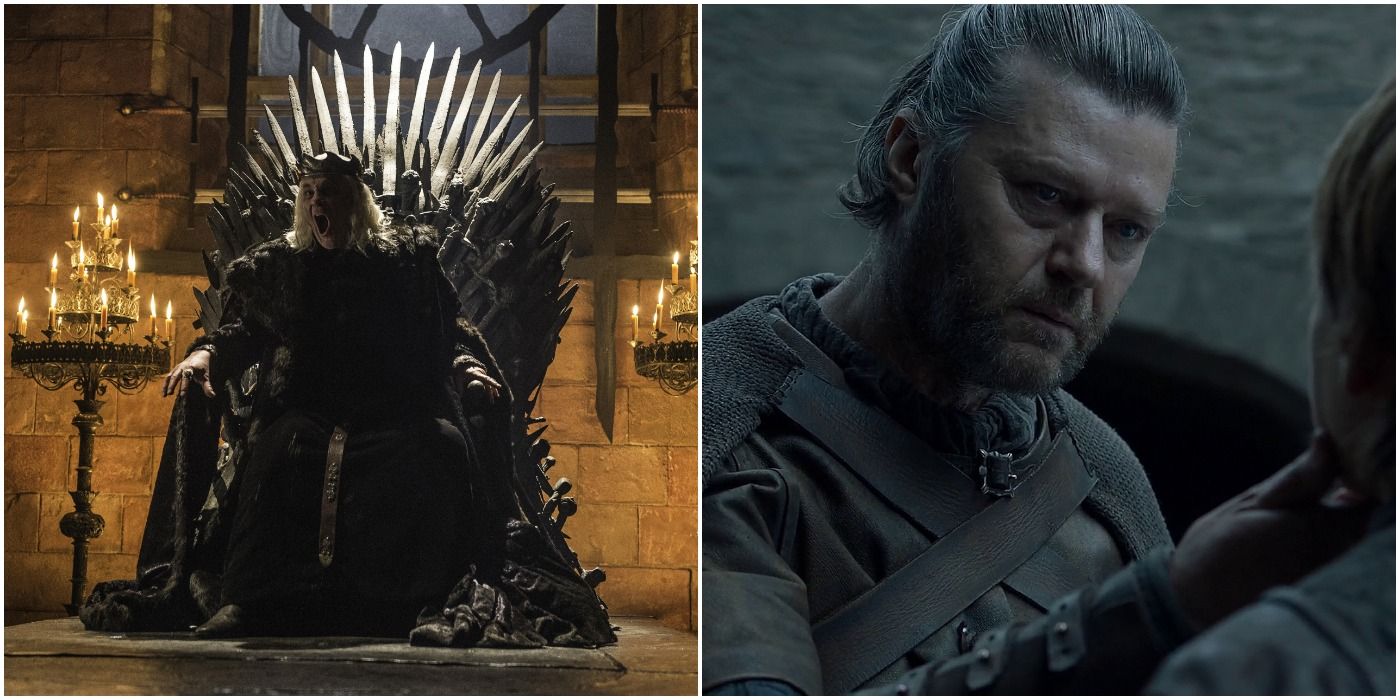 Jon Snow was born amidst a bloody war between both sides of his family. House Stark went to war against House Targaryen following the abduction of Lyanna Stark. The tension truly erupted when the Mad King brutally murdered Ned and Lyanna’s father, Rickard, and their brother, Brandon.

8 The Lannisters Were Late To The Battle 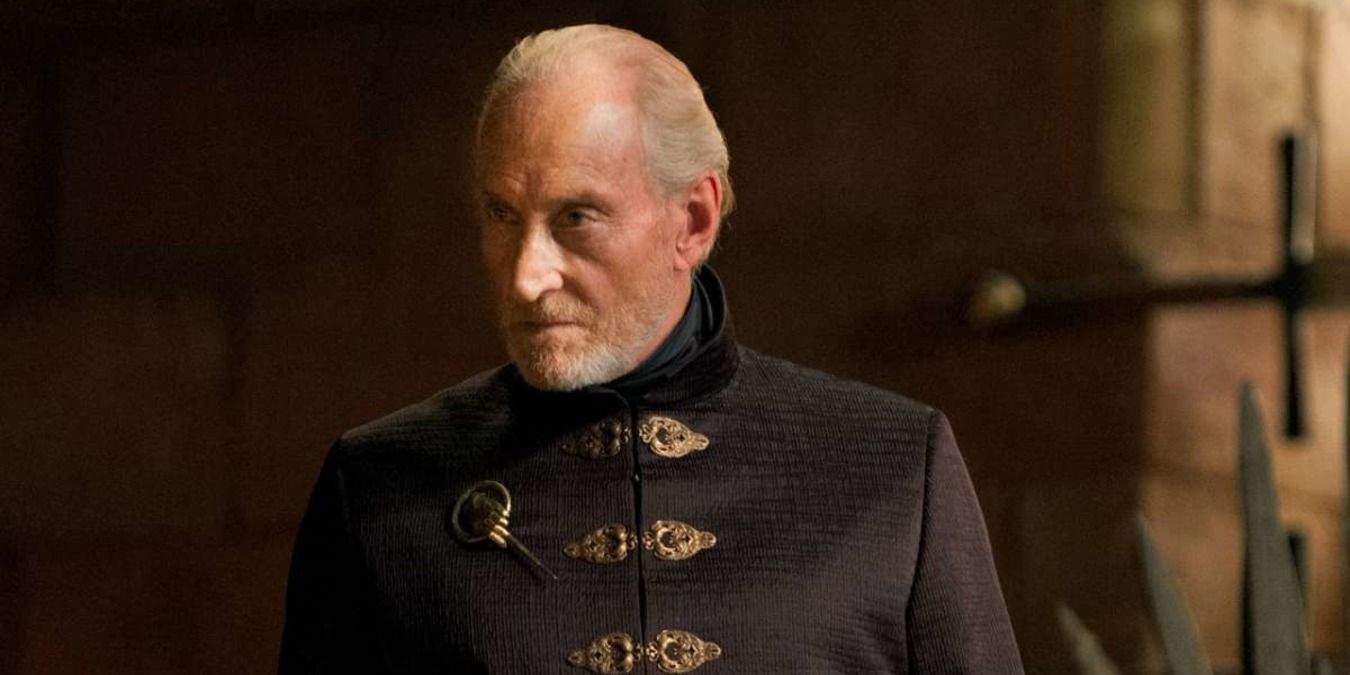 The Lannisters were absent for most of Robert’s Rebellion, arriving late to King’s Landing. The Mad King scorned his former Hand too many times; Tywin refused to call his banners and only traveled to the Capitol of Westeros to betray the deranged monarch.

Rhaegar’s death all but sealed House Targaryen’s doom. Grand Maester Pycelle convinced Aerys to open the gates to Tywin, but the Lannisters sacked the city before advancing on the Red Keep. Jaime slew the Mad King, earning his Kingslayer moniker, while Tywin called for the deaths of Elia, Rhaenys, and Aegon.

7 It Could Have Been Avoided If Rhaegar Had Married Cersei 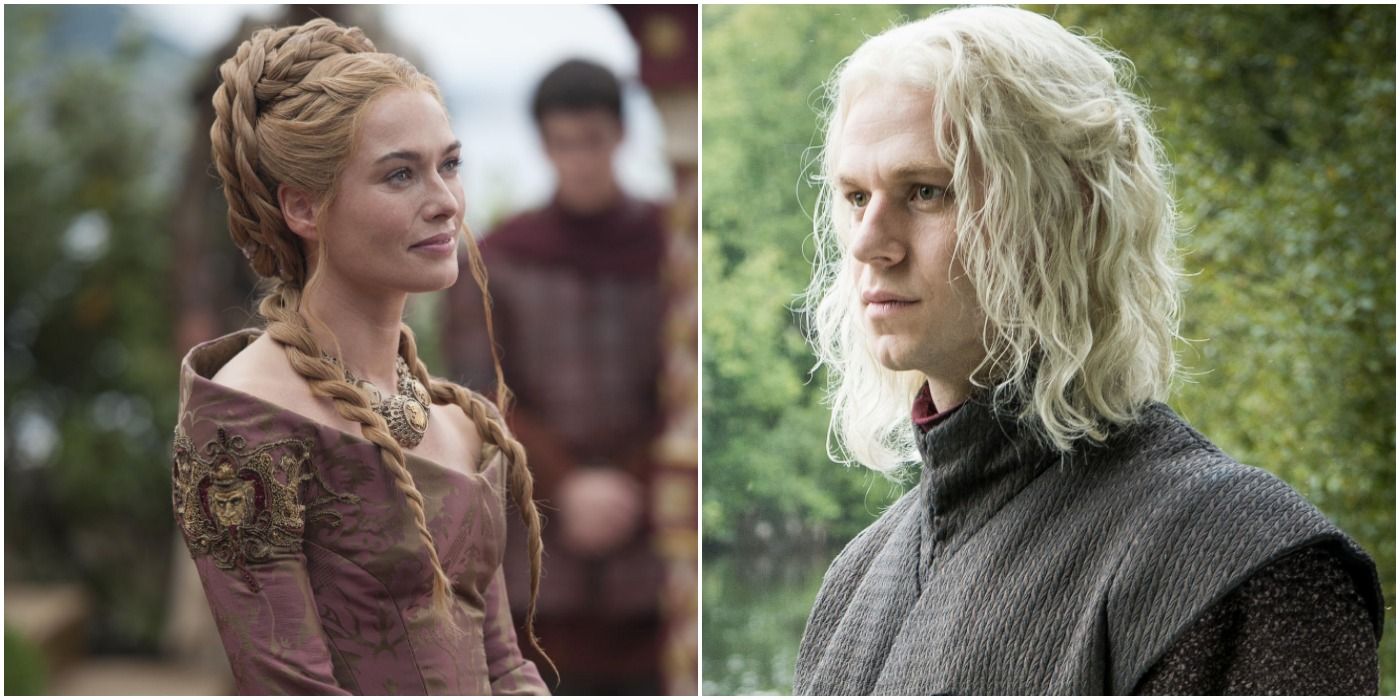 One of the biggest slights from Aerys towards Tywin included his rejection of a marriage alliance. Tywin planned for Cersei to marry Rhaegar, promising his daughter that she would wed the prince. As an insult, the Mad King refused to marry his son to Cersei and arranged for Rhaegar to wed Elia Martell instead.

If Cersei and Rhaegar had gotten married then there is a possibility that Robert’s Rebellion would never have happened. Joffrey, Myrcella, and Tommen would have been Rhaegar’s three heads of the dragon, while Lyanna would have married Robert Baratheon.

6 Robert Became King Because Of His Targaryen Heritage 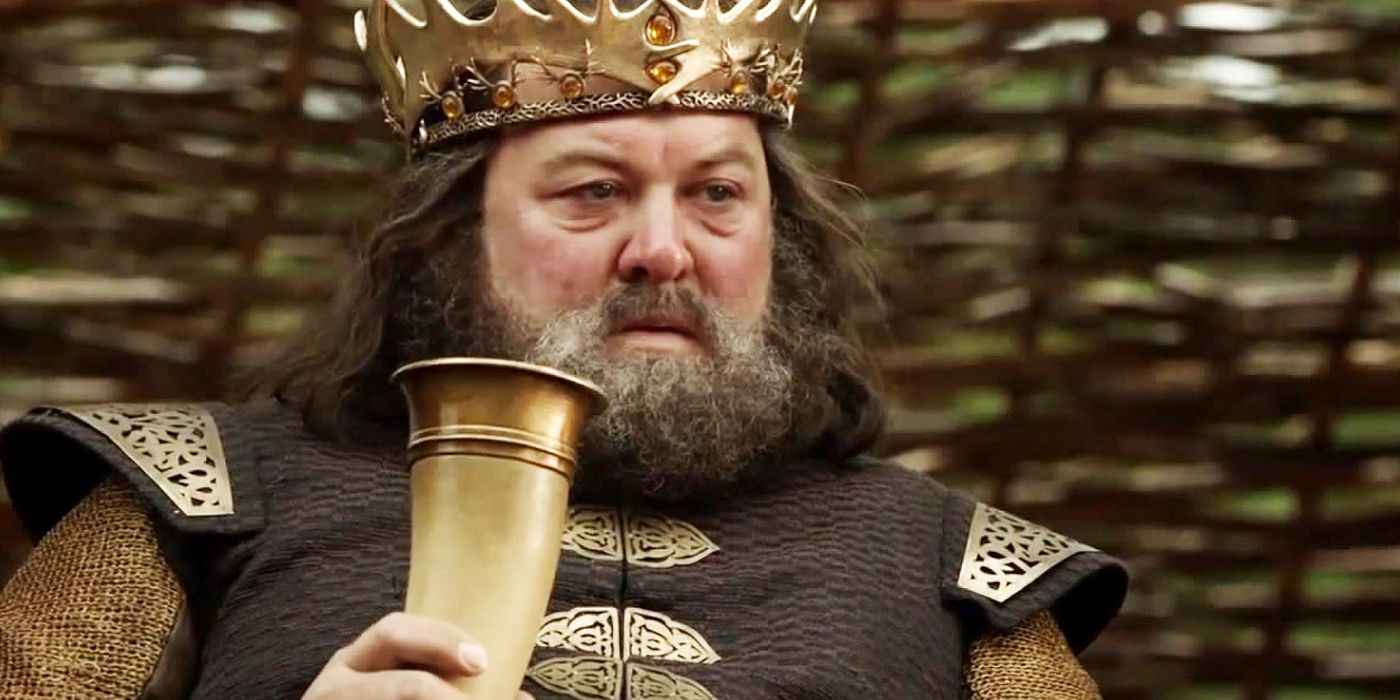 Robert Baratheon hated the Targaryens, though it was his Targaryen heritage that guaranteed his crown. The Baratheon king’s grandmother was Rhaelle Targaryen, daughter of King Aegon V. When Robert declared his intentions for the throne, the masters used his relation to Rhaelle to justify his coronation.

Robert ultimately won the throne by conquest, though his Targaryen blood made him a more viable contender than Ned Stark or Jon Arryn. Because of this, Robert was technically the distant cousin of Daenerys, Viserys, and Rhaegar.

5 Jon Arryn Went To War To Protect Robert And Ned 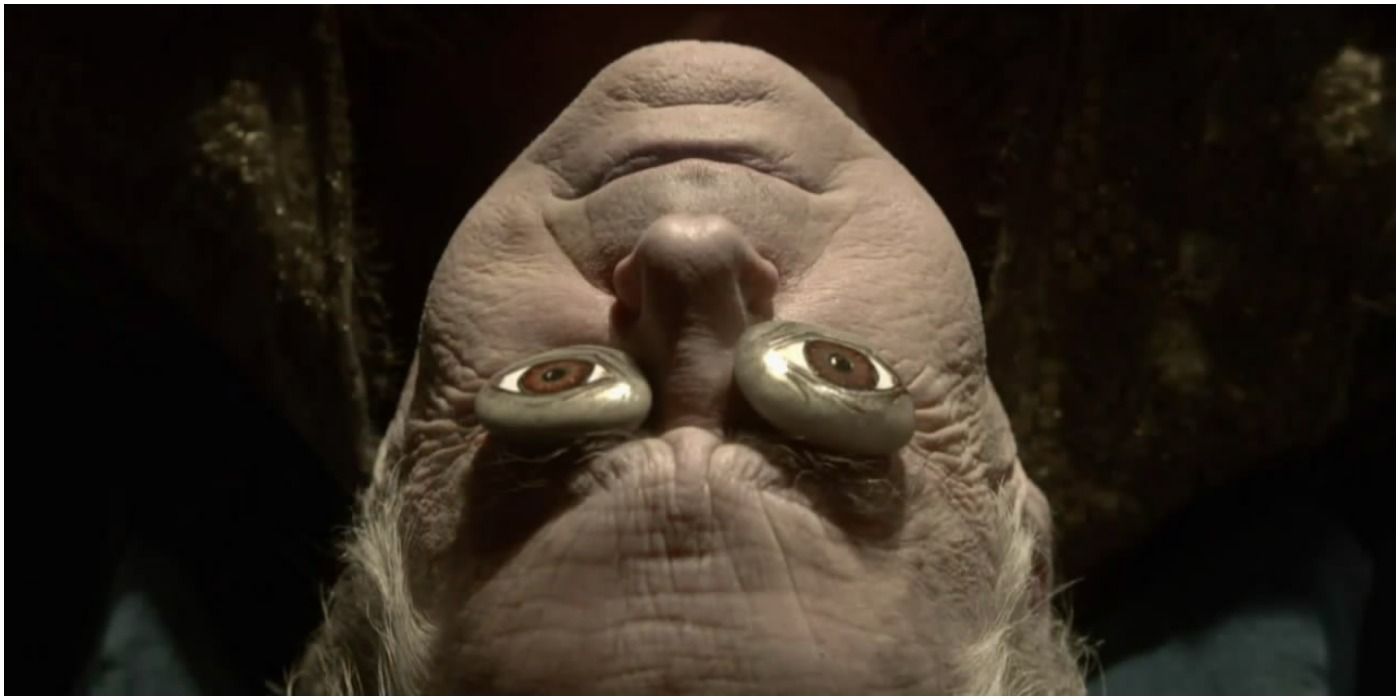 During their youth, Robert Baratheon and Ned Stark fostered at the Eyrie as the wards of Jon Arryn. The two formed a strong bond with their mentor. When Aerys called for Ned and Robert’s heads, Jon instead called his banners and declared war on House Targaryen.

Lyanna’s abduction was a contributing factor in Robert’s Rebellion, though it wasn’t its primary catalyst. War was officially declared in the Eyrie by the Lord of the Vale before it spread across the Seven Kingdoms. 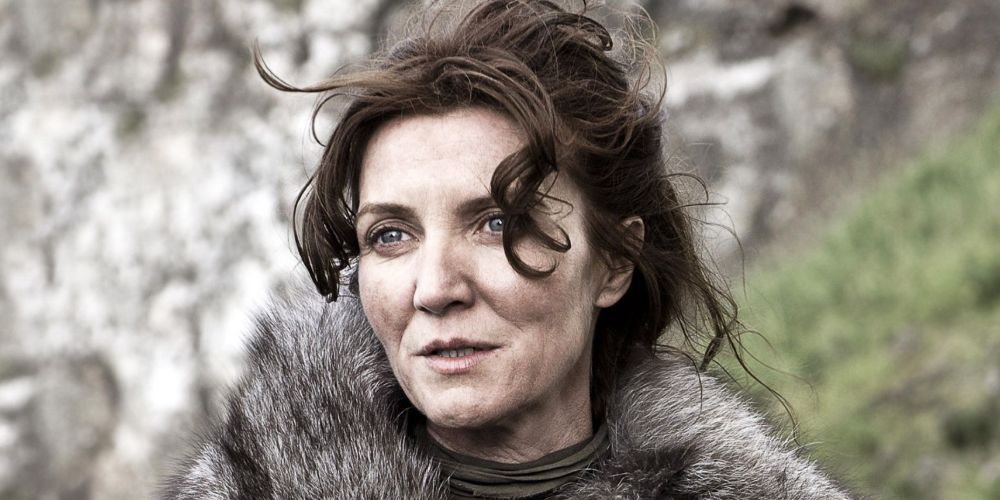 Ned and Catelyn seemed like the perfect couple in season 1 of Game of Thrones. Their relationship wasn’t always meant to be, however. Initially, Catelyn Tully was betrothed to Brandon Stark, Ned’s older brother, who easily defeated Petyr Baelish in a duel for her hand in marriage.

Brandon’s death led to Hoster Tully renegotiating his alliance with House Stark. Ned traveled to the Riverlands to broker a union. The Lord of the Riverlands agreed, siding with the Starks against the Targaryens and wedding Catelyn to Ned instead.

3 Daenerys Was Conceived During The Last Month Of The Rebellion 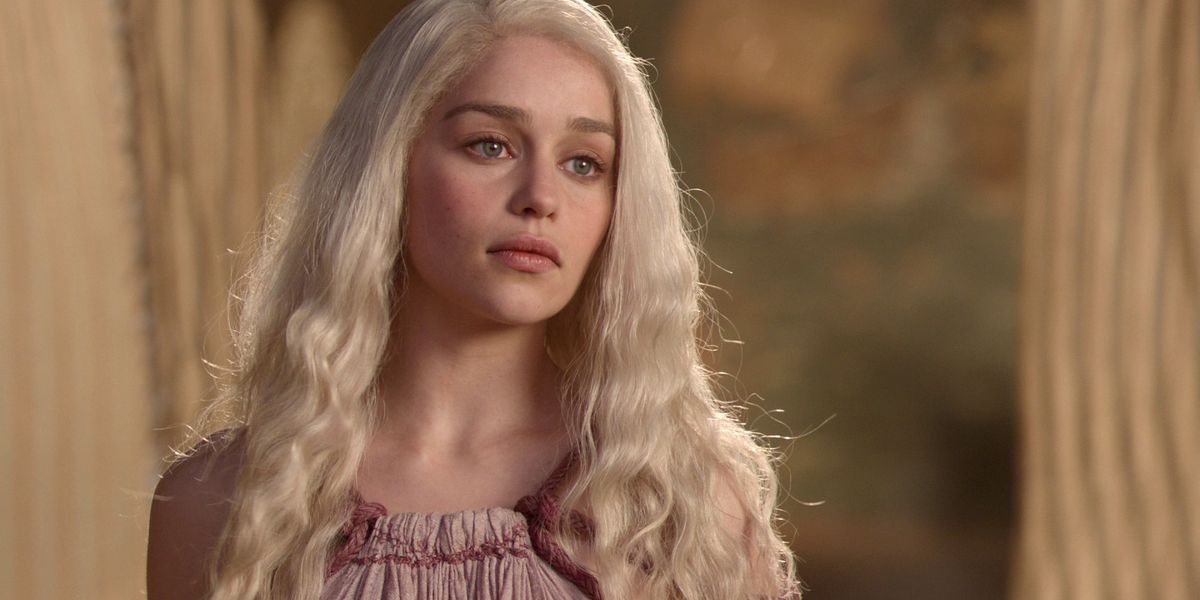 Rhaegar and Aerys fell to Robert’s war hammer and Jaime’s sword. The vestiges of House Targaryen clung on to Seven Kingdoms, however, with Viserys and his pregnant mother Rhaella hiding at Dragonstone. Daenerys was conceived during the last month of the rebellion and spent seconds in Westeros before she was spirited away for her safety.

A storm smashed the Targaryen fleet to pieces, paving the way for Stannis’ approach. A newborn Daenerys was taken away with her brother and Willam Darry after Rhaella died in childbirth.

2 It All Started At The Tourney Of Harrenhal 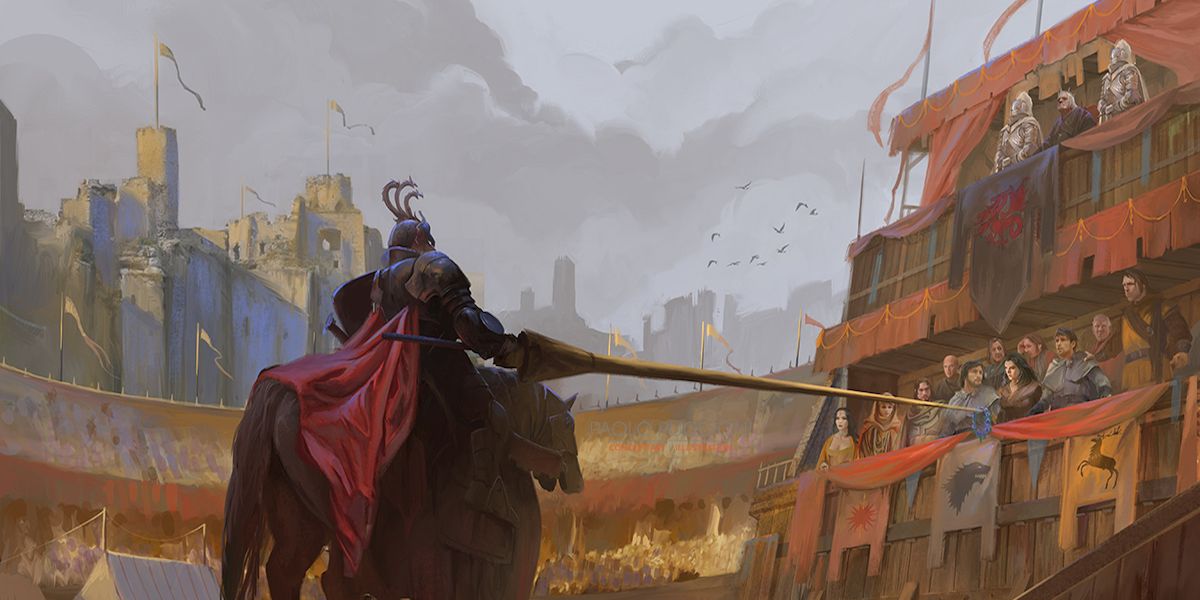 The Tourney at Harrenhal proved to be the trigger for Robert’s Rebellion. The event marked a rare appearance from Aerys, who had become a recluse following his captivity during the Defiance of Duskendale, as well as Prince Rhaegar and the members of House Stark.

Rhaegar won the joust, though caused a scandal by crowning Lyanna, Robert’s betrothed, as the queen of love and beauty instead of Elia. Rhaegar’s actions shocked the Seven Kingdoms and, ultimately, became the catalyst that destroyed his Great House.

1 Robert Killed Rhaegar During The Battle At The Trident 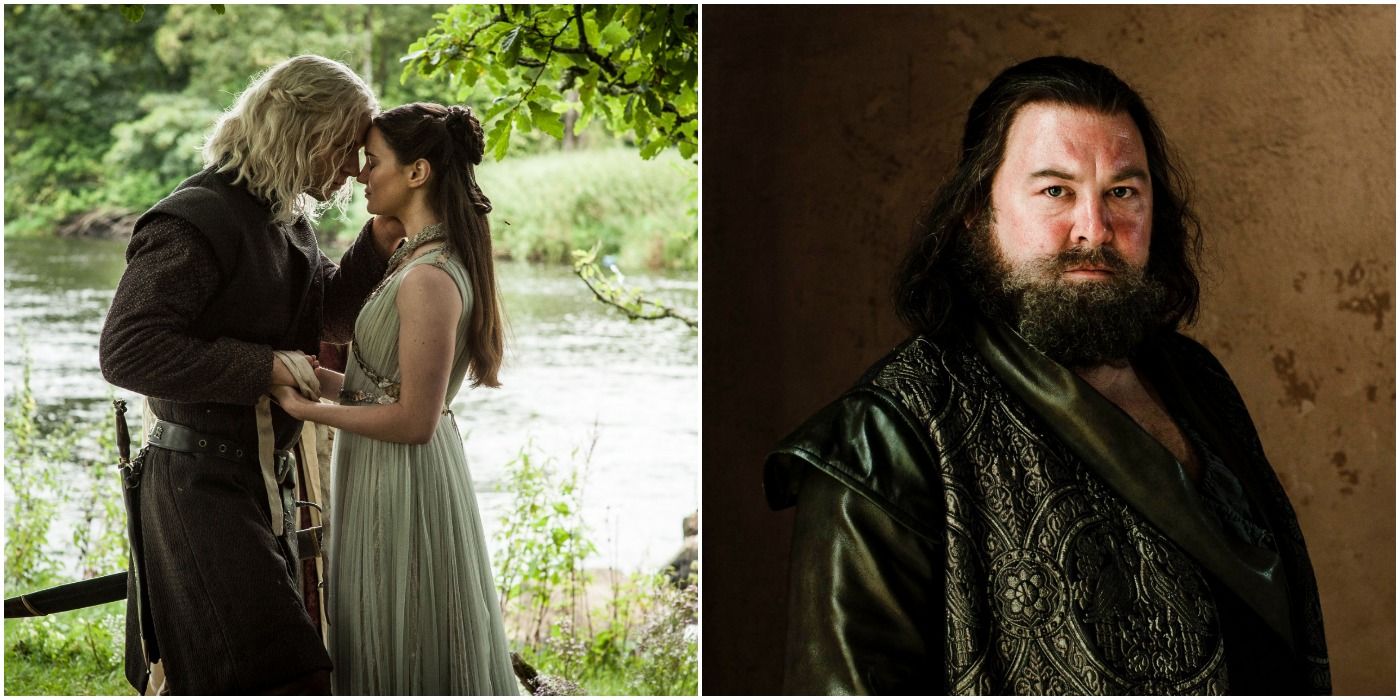 The rivalry between Robert and Rhaegar culminated on the battlefield. The rebels met the Targaryen forces at the Trident, where they engaged in a bloody battle for supremacy of Westeros. Rhaegar managed to wound his opponent, though he was killed by a mighty blow from Robert’s hammer.

The location was thenceforth known as the ruby ford because of the rubies that fell from Rhaegar’s armor. Daenerys sees a vision of Rhaegar’s death during A Clash of Kings that shows the Targaryen prince dying while murmuring about a woman’s life.

The forbidden love between Rhaegar and Lyanna ultimately led to a devastating war that almost wiped out their families and led to a new king on the Iron Throne.