Will Doctor Strange’s Agamotto Make an Appearance in the MCU

Will Doctor Strange’s Agamotto Make an Appearance in the MCU?

Agamotto was the first Sorcerer Supreme, built the three sanctums and harnessed the power of the Time Stone. Will he shortly be making his MCU debut?

You Are Reading :Will Doctor Strange’s Agamotto Make an Appearance in the MCU 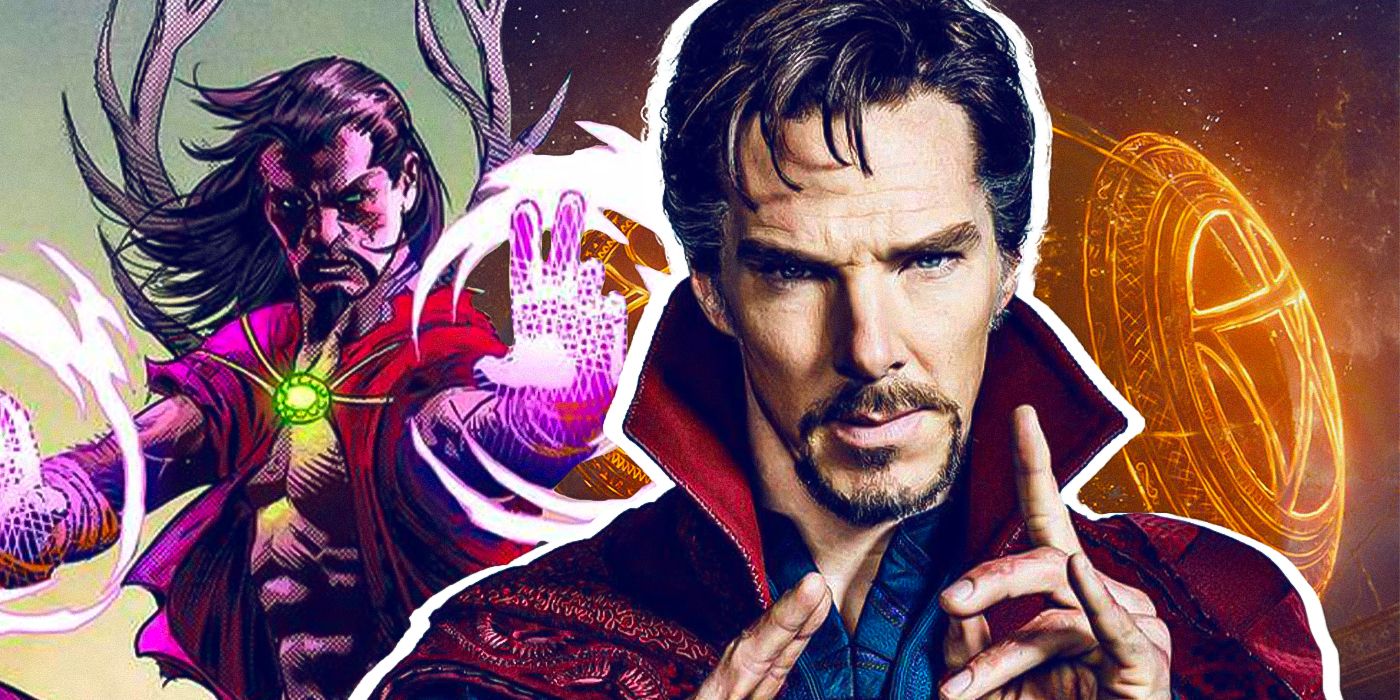 The Marvel Cinematic Universe’s multiversal expansion has been developing incrementally over the last couple of years. Half of the films since Avengers: Endgame have referenced the concept in some way and at least half of the streaming series will have done so as well by the time Doctor Strange and the Multiverse of Madness debuts on May 6th of this year. The Sorcerer Supreme sequel will most likely herald a new imagining of the MCU on a fundamental level, permanently altering the scope of the narrative canvas. The film is undertaking an enormous initiative that will feature the Scarlet Witch in all of her ascendant glory on the big screen for the first time, Strange Supreme from the animated anthology series What If…? and perhaps lay down the stones that will pave the way for Kang the Conqueror to become the next arch villain of the franchise.

Among all of these nexus event level characters flexing their mystical or technological might there is perhaps another being that may make an appearance given the movie’s epic ambitions. The very first mage to truly master the arcane discipline that would give rise to a world of guardian sorcerers, who harnessed the powers of the Time Stone to serve his purposes and established the eldritch fortresses that serve as a bulwark against inter-dimensional intrusions and attacks, Agamotto is a conjurer without peer. The following will discuss his comic book history, what has been said about him in the MCU thus far and speculate as to how he might shape events in Multiverse of Madness given what information about the film has already been confirmed. 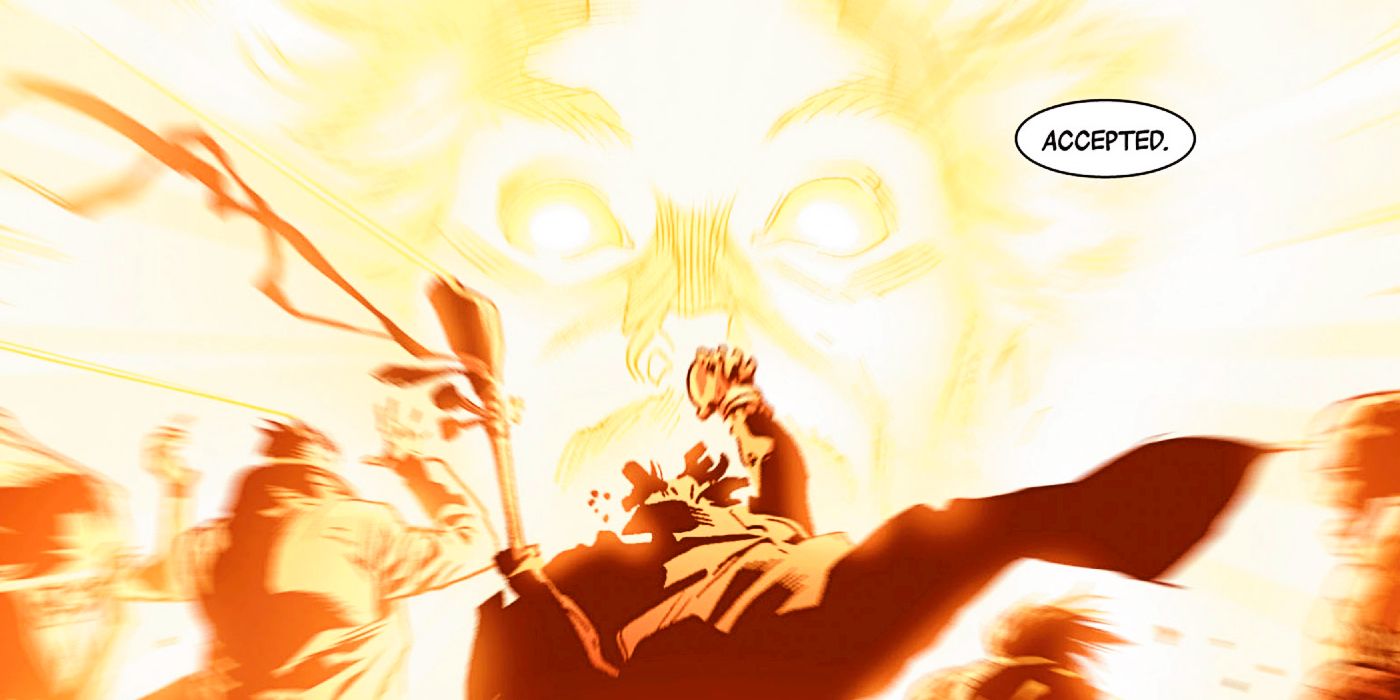 Agomotto was born from the tear of an elder god, Oshtur, during humanity’s infancy and was tasked with quests designed to give him access to the wellsprings of magic inherent to the earthly realm. Upon completion of these mystical achievements, which saw the construction of the Eye and Orb of Agamotto, he not only mastered the arcane arts but also provided an interconnected framework that others could tap into and follow. He was now the Sorcerer Supreme and passed on his knowledge to his disciples. Over time Agamatto’s power transcended mortality and he joined his mother, from whose tear he was born and her interstellar companion Hoggoth in the ether. They became the Vishanti, a triumvirate of extraplanar beings who charged themselves with the Earth’s protection against magical threats.

Their power became a focal point that earthbound mages could invoke and draw upon in service of terrestrial guardianship. The Vishanti would also hold infrequent tournaments that would determine who would inherit the mantle of Sorcerer Supreme. Agamotto was mercurial however and would sometimes sacrifice the world he had sworn to protect in service of otherworldly goals that he deemed more important to the fabric of reality. On one such occasion he ripped open the skies of Earth, unleashing hordes of demons and geysers of flame while also possessing the world’s most powerful channelers of eldritch might. Agamotto did this to retrieve his Eye because it must be given willingly and he hoped the Earth’s impending destruction would convince Doctor Stephen Strange to give it to him.

In the Multiverse of Madness trailer it appears that the Scarlet Witch may be under the influence of some type of possession by forces that are beyond her ability to contain. Though she has proven entirely capable of a lack of self control without the assistance of mystical deities, it may be that she has adequately reconciled herself of those previous transgressions and is actually a victim of Agamotto’s attempt to retrieve the Eye that bares his name. Considering her immense power, she could prove to be the perfect avatar for his otherworldly presence. The Time Stone may have been removed from its aperture, but there are a few instances since the Infinity Stone’s destruction that imply the Eye has a power independent of the cosmic ingot. 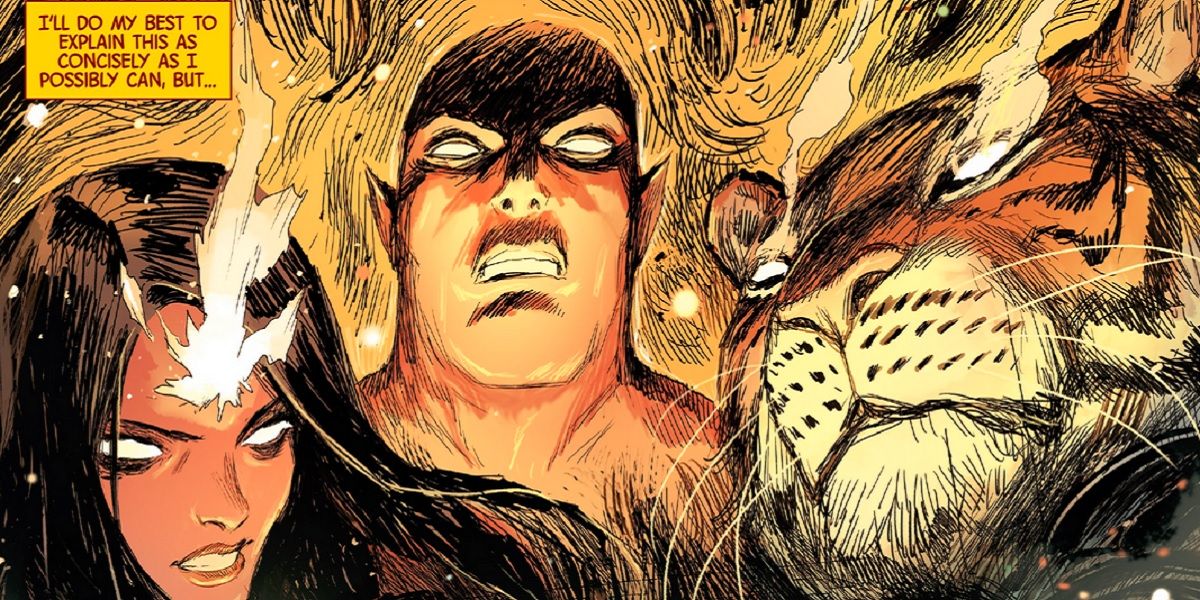 There were moments during Spider-Man: No Way Home where the Eye opened and glowed with an inner power. During the battle in the Mirror Dimension atop the speeding train Strange created an inverted canopy of reality wedged on top of the area where he and Spider-Man were dueling. The Eye opened as he cast the spell, glowing with a golden hue and he is seen accessing it again with the same visual manifestation in the trailer for Multiverse of Madness when he opens a submarine like door into what may have been an inter-dimensional node. In the comics the Eye is a revealer, giving its wearer sight into all things unseen and when properly trained in its use can even tap into a degree of omniscience.

As of yet its MCU counterpart hasn’t displayed any such capabilities but that may be part of why Agamotto may desire it now. Divorced from the Time Stone, at a moment when the walls between realities are especially thin and before its true power is known. An unwitting Strange, if it follows the same rules as it does in the comics and must be given or chosen, may be more likely to part with it if he is unaware of its hidden properties. There is also the possibility that Agamotto appears and has no interest in the Eye whatsoever. In the comics he also interfered when he felt that the current Sorcerer Supreme was unworthy and demanded a battle of mages to determine who should carry the responsibility of Earth’s safety.

During the aforementioned demonic incursion Doctor Voodoo was the Sorcerer Supreme and Agamatto thought he was too inexperienced to serve while he judged Doctor Strange to be a failure. The new film could very well pick up a similar thread but replace Wong with Doctor Voodoo. Though he has many more years of training in the mystical realm than that of his predecessor, it is clear that Strange’s raw talent outstrips his own considerably but given Strange’s death and subsequent mulitversal mishap, Agamotto could very well deem them both unfit. The Vishanti could be auditioning Wanda to serve as a replacement to both men, which could provide the basis for a film in her own right, and make good on Agatha Harkness’ claim that the Scarlet Witch’s power surpasses that of the Sorcerer Supreme. Given that the realm of gods is becoming a more fertile narrative playground for the MCU it would stand to reason that the first archmage of Earth who then ascended to godhood might find some screen time in the upcoming epic contest for reality itself.