John Cena’s return to WWE is an exciting development for fans, but his insertion into the world title scene reinforces WWE’s biggest ongoing problem.

You Are Reading :WWE Bringing Back John Cena For SummerSlam Reinforces Their Biggest Problem 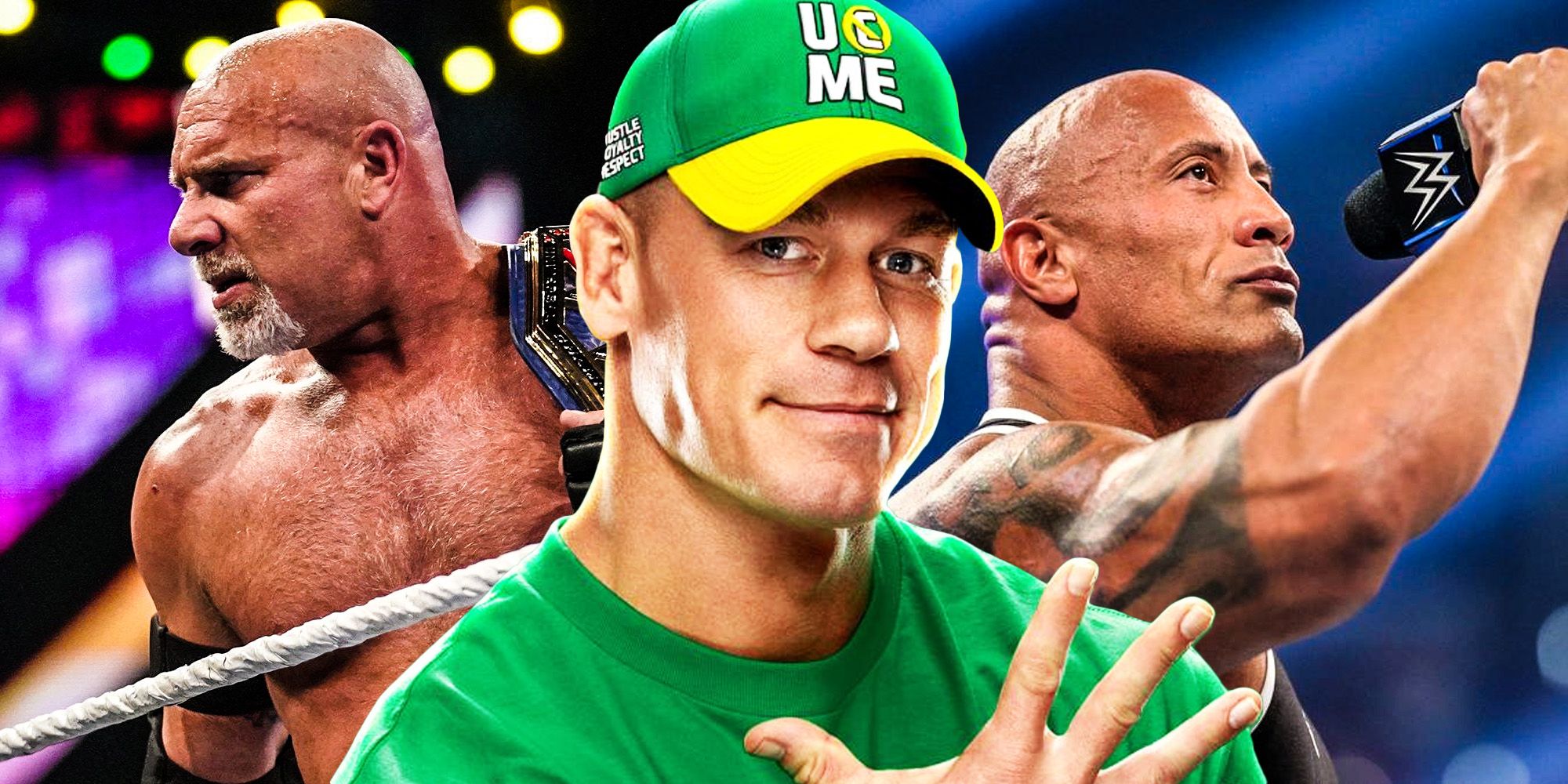 John Cena’s return to WWE is an exciting development for fans, but his insertion into the world title scene reinforces WWE’s biggest ongoing problem. After debuting in WWE in 2002, Cena didn’t find real success until debuting a rapper gimmick in 2003, complete with an actual rap album to go with it. By WrestleMania 20 in 2004, Cena had beaten The Big Show to capture the U.S. title, and his rise culminated with taking the WWE world title off of JBL at WrestleMania 21 in 2005. Ever since Cena has been at or near the top of the card in WWE.

Nowadays though, Cena’s “you can’t see me” catchphrase tends to be true, at least for WWE fans, as he spends more and more time away from the ring and on Hollywood sets. Cena recently played Jakob Toretto in F9, and will soon be seen onscreen as DC’s Peacemaker in The Suicide Squad. Still, it’s been rumored for a while that Cena would return to WWE this summer, and he did just that at the Money in the Bank pay-per-view last Sunday.

Cena emerged at the end of the night to have a stare-down with SmackDown’s universal champion Roman Reigns, WWE’s biggest current star. The two men are now set to do battle in the main event of August’s SummerSlam pay-per-view. While the match between Cena and Reigns will likely be great, and the live crowds seem happy to have Cena back, his return and instant push into a pay-per-view main event is sadly emblematic of WWE’s biggest modern-day problem. WWE just doesn’t seem to be able to create stars on Cena’s level anymore. 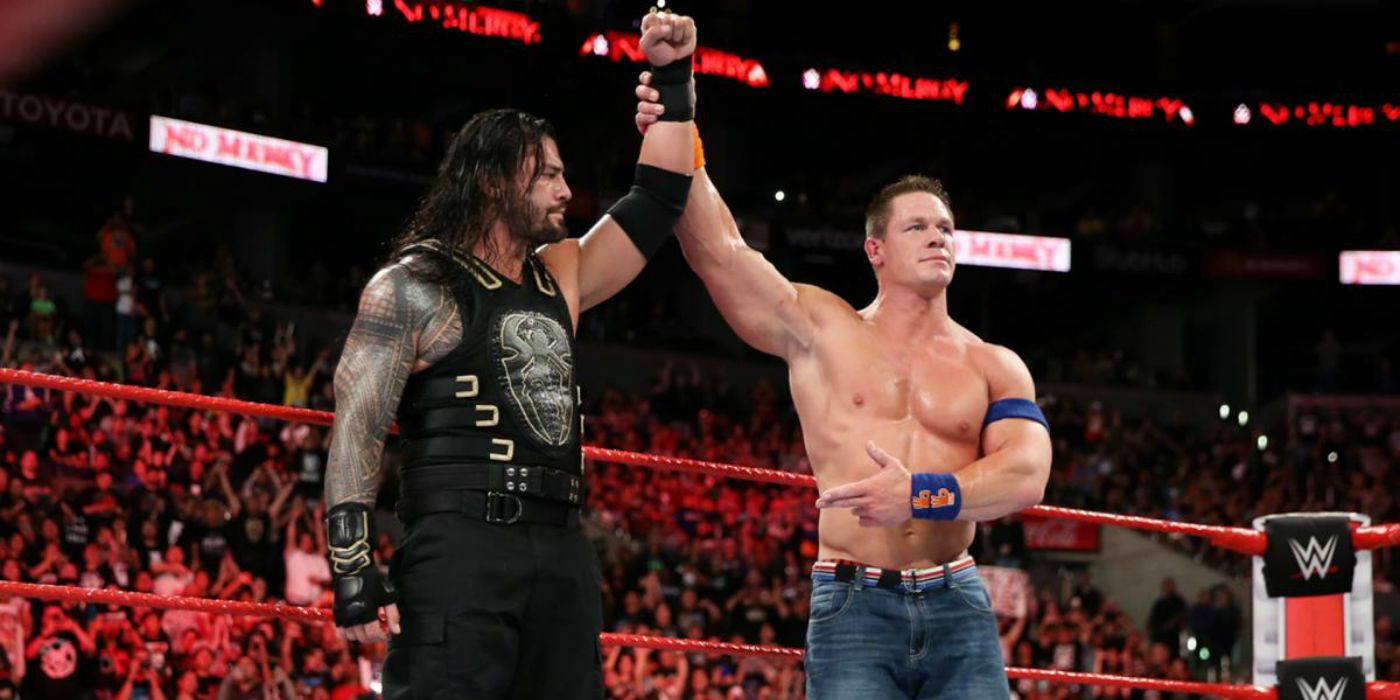 During the Attitude Era, WWE made huge stars out of “Stone Cold” Steve Austin, The Rock, Triple H, Mick Foley, Chris Jericho, and Kurt Angle, while WCW cultivated Goldberg. After that, the Ruthless Aggression Era saw John Cena, Randy Orton, Dave Bautista, Edge, and Brock Lesnar become massive names. From 2010 onward, though, WWE has been bereft of new top-level talent, outside of Roman Reigns and arguably his former Shield teammate Seth Rollins, who is currently being booked quite badly. CM Punk and Daniel Bryan got there, too, but that seemed to be more in spite of WWE management than because of it, as positive fan reaction propelled them into the main event scene. Punk, of course, left WWE under contentious circumstances, while Bryan’s future is up in the air.

While bringing back past stars to draw interest in new pay-per-views was by no means a practice first started by WWE in the 2010s, that’s when it hit overdrive, and really showed what an awful job WWE has done at crafting stars on the level of an Austin, Rock, Lesnar, or Edge in the past decade. Whenever it’s time to do a big event like the Royal Rumble, WrestleMania, or SummerSlam, WWE is only too quick to give Goldberg, Lesnar, Rock, Edge, or now Cena the call. Before Undertaker’s 2020 retirement, he also often filled that role.

It would be one thing if these guys were just used as special attractions to fill out the card, but their presence is promoted as the biggest draw of the show, and they’re usually in the main event, a world title match, or both. One of Punk’s biggest complaints about working for WWE was how part-timers would always be brought in to fill the big spots, while those like him who worked year-round got the shaft. A decade after Punk’s “pipe bomb” promo, that sentiment is just as true, with both John Cena and Goldberg in marquee world title matches at SummerSlam.