In Black Widow, Valentina sent Yelena to kill Clint Barton but could all be part of a wider plot to eliminate Hawkeye and recruit Kate Bishop instead. 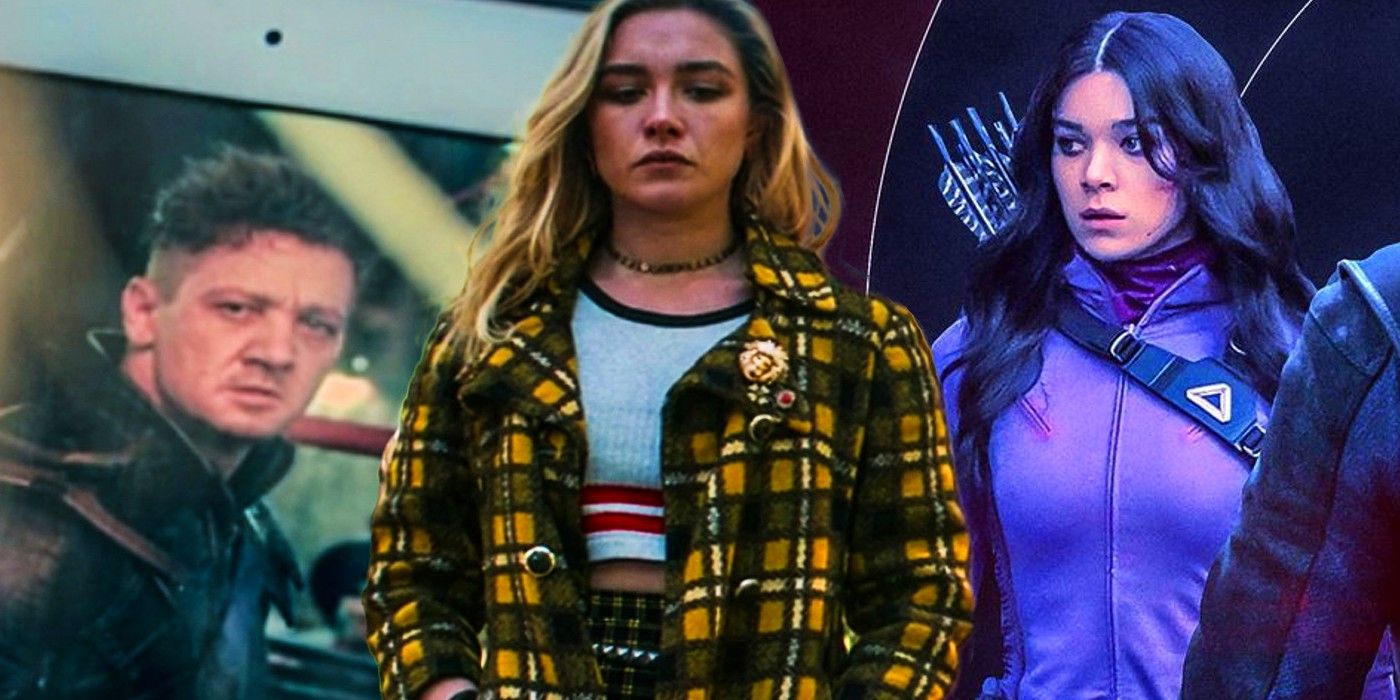 In Black Widow’s post-credits scene, Yelena Belova (Florence Pugh) is given a mission to assassinate Clint Barton (Jeremy Renner) setting up the events of Hawkeye, but what if he’s not the real target? That assassination may actually be part of a wider scheme to recruit the other Hawkeye, Kate Bishop (Hailee Steinfeld). Yelena’s kill order came from her new boss, Contessa Valentina Allegra de Fontaine (Julia Louis Dreyfuss), who is in the process of assembling superpowered individuals for a mysterious new team.

In the wake of Black Widow and The Falcon and The Winter Soldier, Val already has two superheroes on her payroll: Yelena and U.S. Agent John Walker (Wyatt Russell). This essentially means that Valentina, who represents an unnamed secret organization, now has new versions of Black Widow and Captain America answering to her. Val isn’t recruiting former Avengers and she never approached the new Captain America, Sam Wilson (Anthony Mackie), or even Bucky Barnes, the Winter Soldier (Sebastian Stan). Instead, it seems that de Fontaine is hiring the next generation of heroes who have similar capabilities and identities as the more well-known Avengers.

In effect, Val is this new group’s version of Nick Fury answering to someone else, presumably, but acting as the “fixer” to bring together the targets for the endgame super-team. Whether Val’s slowly growing supergroup will be known as the Thunderbolts or the Dark Avengers, chances are they’ll need their own marksman and Kate Bishop could be their Hawkeye, but Clint Barton may need to die for it to happen.

What Val Has To Gain By Killing Hawkeye 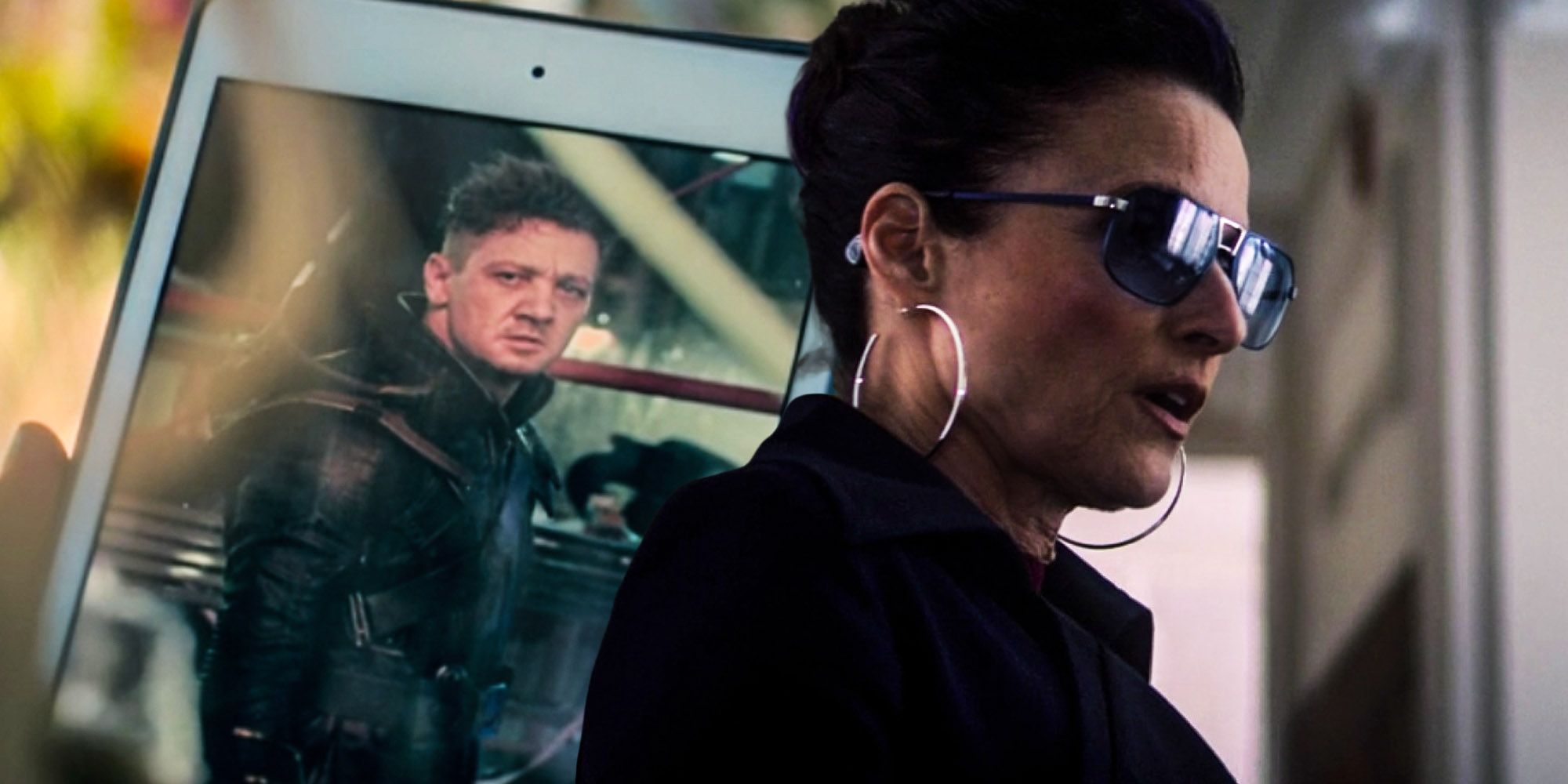 Judging by her picks so far, Valentina is obviously recruiting newer heroes who are a reflection of the Avengers but outright sending Yelena to kill Clint Barton is a curious move that bears examination. Particularly in terms of Val’s different approach with John Walker: After all, de Fontaine didn’t try to have Sam Wilson assassinated even after he became the MCU’s next Captain America. But there seems no doubt in Val’s directive that Hawkeye has to be killed, and the key question is what she or her paymasters gain from taking him out.

Killing Barton would remove an original Avenger from play, which would suit an organization seeking to replace the formerly government-sponsored team. But even more pertinently, Hawkeye has red in his ledger: Clint’s activities as Ronin not only made him long-term enemies who clearly have axes to grind, given he mentions his past catching up to him and his “many enemies”, but also made him what some of the public fears: a volatile vigilante. The Sokovia Accords were established as a means to control, but they were also necessary appeasement to those who feared unregulated heroes doing whatever they liked and accepting innocent lives as collateral damage. Hawkeye going off on his own to exact revenge for Thanos’ snap without having to answer to anyone make him a propaganda nightmare, which may be why he’s no longer an Avenger, but it also makes him a target for anyone looking to sway public opinion. Removing someone like that from the equation would be a good way of showing your colors.

There’s also poetic irony in Val sending Yelena to take out Clint Barton under the falsehood that Hawkeye is responsible for Natasha’s death. But the active move to recruit other legacy heroes makes the fact that Barton and Kate Bishop are already working together by the time Yelena turns up all the more suspicious. It would make more sense that Yelena’s assassination mission is part of a two-pronged strategy to eliminate Kate’s mentor so that she can be brought into Valentina’s Dark Avengers-type team. 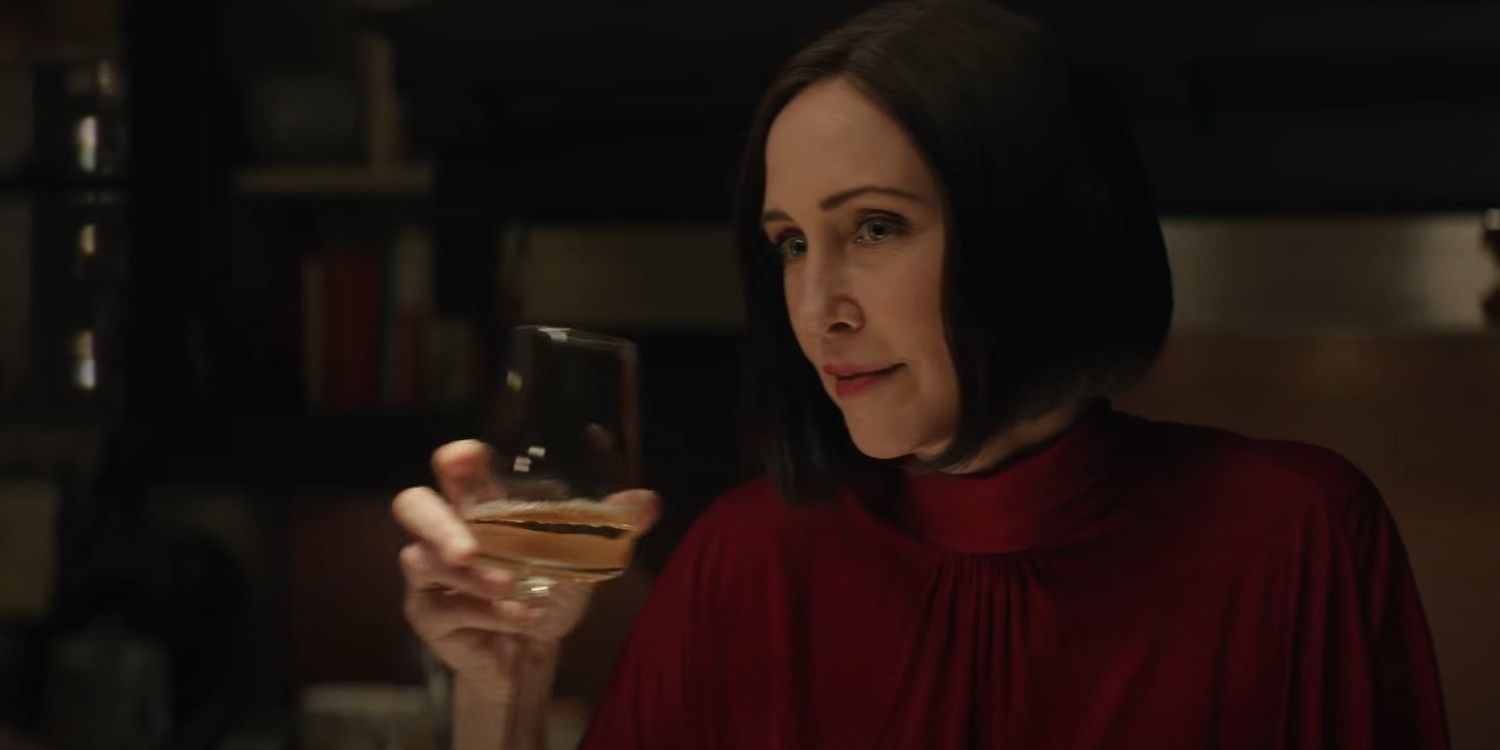 In Marvel Comics, Kate Bishop has an established history as a member of the Young Avengers, Clint Barton’s partner as Hawkeye, as a private investigator in Los Angeles, and Kate even led a version of the West Coast Avengers. But part of what motivates Kate as a superhero is rebelling against her insidious parents, who have criminal connections. It’s already known that Hawkeye will introduce Eleanor Bishop (Vera Farmiga), Kate’s mother, who appears to be involved in shadowy business dealings.

While Kate’s father doesn’t appear to have been cast in Hawkeye, Derek Bishop is a wealthy and abusive man in Marvel Comics who is in league with crooks and supervillains, including Kate’s arch-nemesis Madame Masque. It may even be possible that Derek Bishop is part of the secret organization that employs Valentina. This could mean that eliminating Clint Barton is an order that could have come from Kate’s father meant to facilitate bringing his daughter into the fold. Whatever the specific make-up of her family – and their potential criminal pasts – it seems likely that Kate has been thrust into heroism because of their influence on her. It can be no accident that she is first seen wearing Clint Barton’s Ronin outfit from Endgame: that speaks to vengeance, at the very least in symbolic terms.

Why The Dark Avengers Would Want Kate Bishop 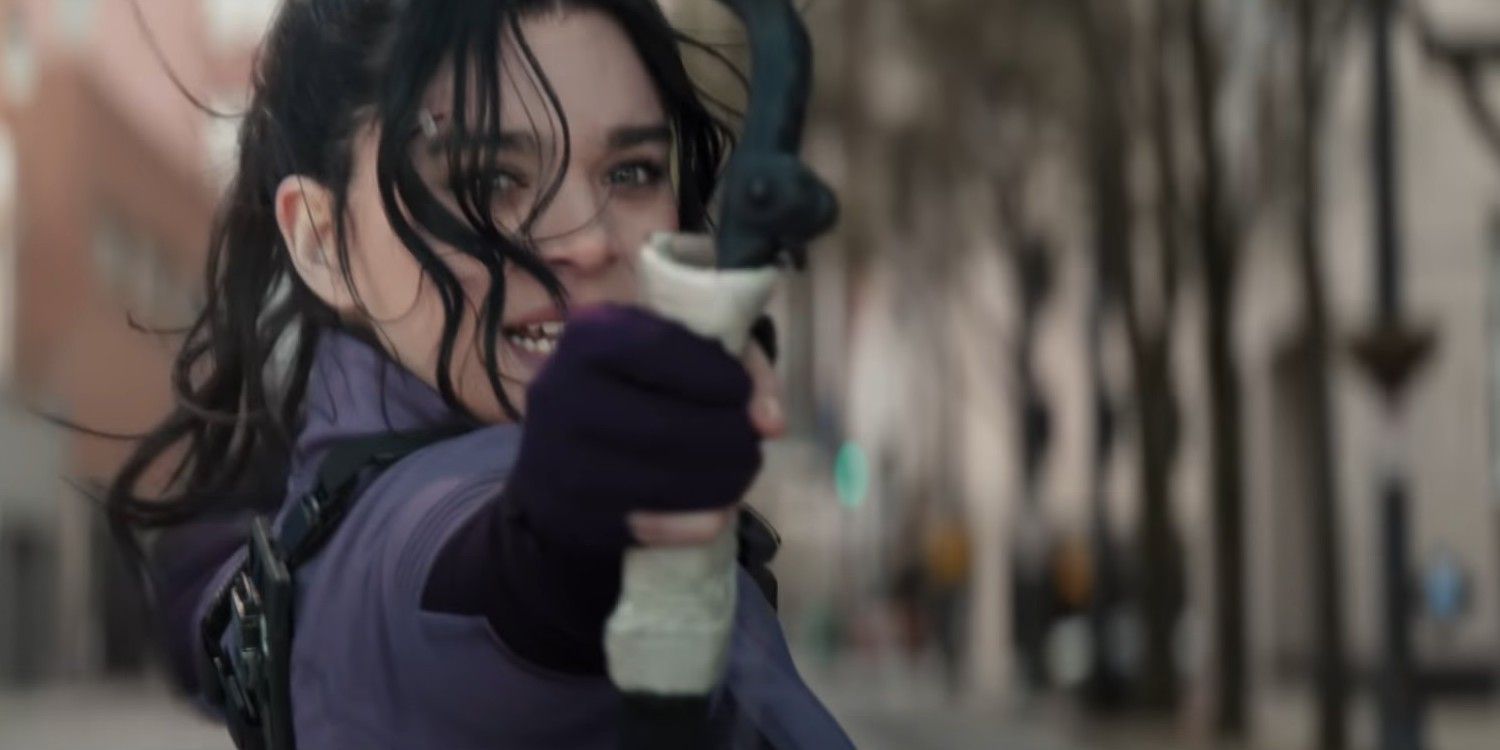 The new Hawkeye, Kate Bishop, is a prodigy and she’s the other best marksman in the world besides Clint Barton. But Kate is also young, stubborn, idealistic, very sure of herself, and, presumably, can be manipulated, especially if she’s separated from her mentor. In Marvel Comics, Clint and Kate have a bit of a love-hate relationship where she’s often exasperated with the older Hawkeye, which could be adapted into the Disney+ series. Regardless, Kate Bishop is the future and she’s a big part of the next generation of MCU heroes so it would make sense that Valentina would want her in the Dark Avengers. Kate is also a Hawkeye and she can be defined by that name in a way Clint Barton wasn’t since ‘Hawkeye’ was his S.H.I.E.L.D. codename and Barton didn’t play into that identity even in his public role as an Avenger.

What’s more, Kate Bishop is played by Hailee Steinfeld, who is a highly-regarded, immensely talented Academy Award-nominee. It’s unlikely Steinfeld was hired by Marvel Studios to only star in six episodes of Hawkeye on Disney+. It makes more sense that there’s a bigger plan for Steinfeld in the MCU and being pulled into the Dark Avengers (whether or not Hawkeye signs onto the team like Yelena and John Walker did) would set up a greater role for Kate Bishop in Phase 4. Yelena Belova’s Hawkeye mission could be about more than just killing Clint Barton and the real target could be his young protégé all along. Kate Bishop could very well prove to be the real prize Countess Valentina de Fontaine is after.